I decided to drive out to Charters Towers about 100 miles west of Townsville. The train from Mount Isa had stopped briefly at the station in the early morning but there was not much to be seen from the train. 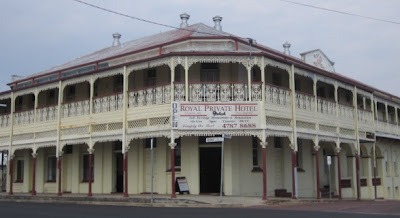 Gold was discovered here in 1871 and a town quickly developed. Over 200 tonnes of gold was produced in the town's heyday and the population exceed 30,000 people. There was a Stock Exchange and over 80 pubs. The locals used to refer to the town as 'The World'. Everything you needed was in Charters Towers.

The World shrank when recovering the gold became uneconomic and the population dwindled. Fortunately because of the hot dry climate, many of the old buildings survived. 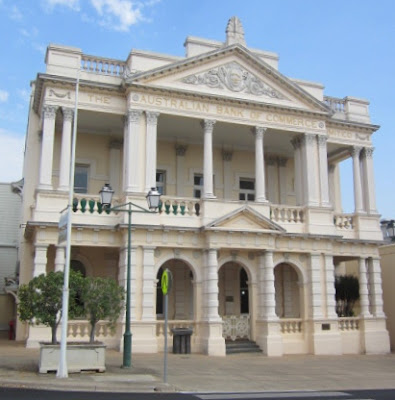 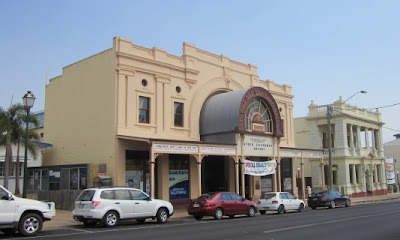 The Stock Exchange and the Town Hall. 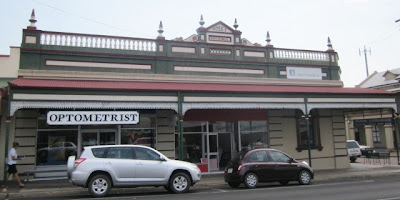 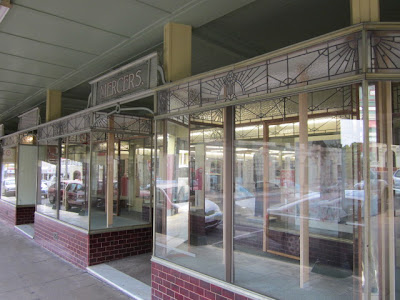 The draper's shop which has been taken over by Target. 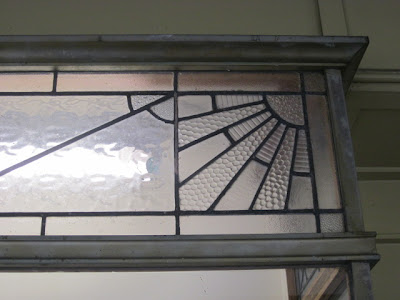 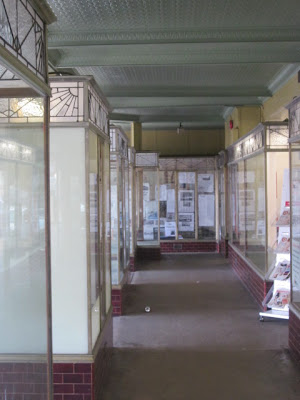 Absolutely magnificent glass display cases. If these were in a big city like Sydney, they would be celebrated. 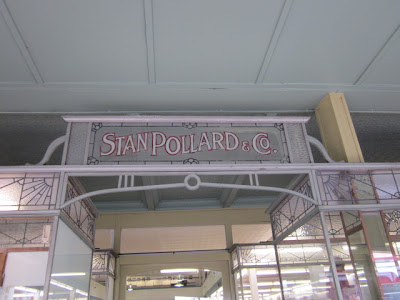 Stan Pollard was the draper. 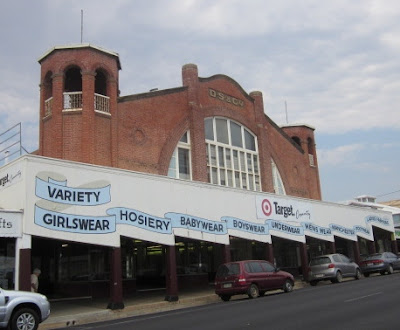 We saw something like this in Gawler, South Australia where Target had rescued an old building with architectural significance and given it new life. It's a wonderful idea. 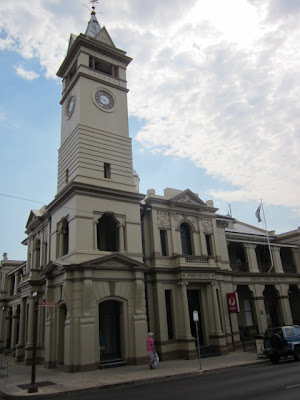 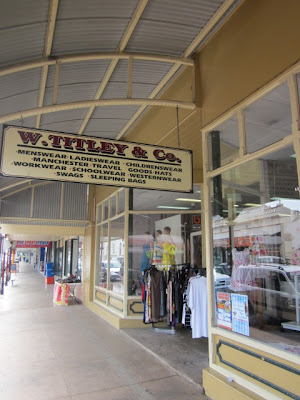 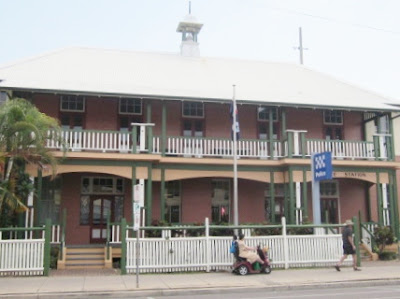 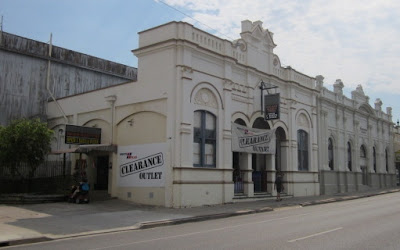 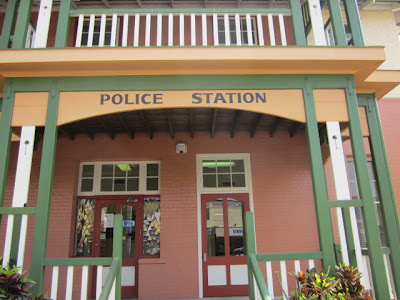 I wandered down the main street and came back on the other side. As I passed the Police Station I noticed the paint scheme. This would look good in Alsace. 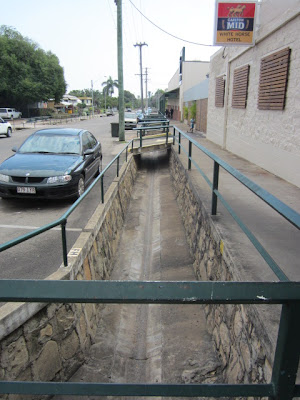 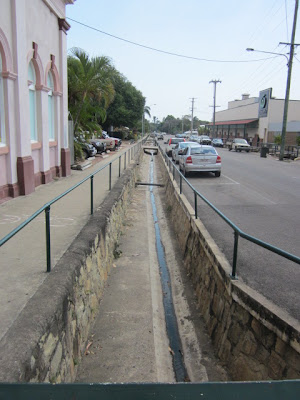 Huge gutters to deal with the occasional downpour. 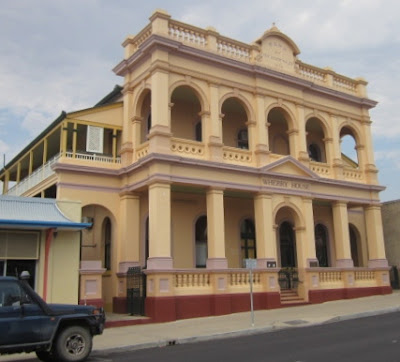 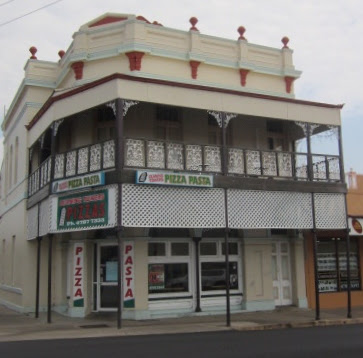 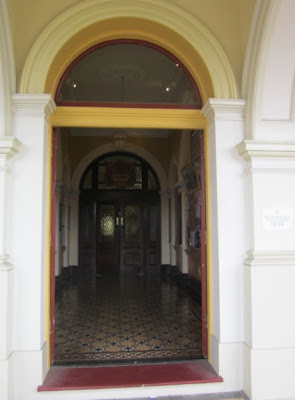 Entry to the Town Hall. 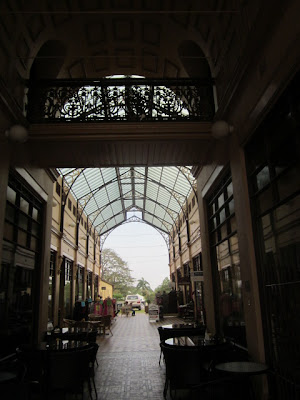 The Stock Exchange housed an arcade. 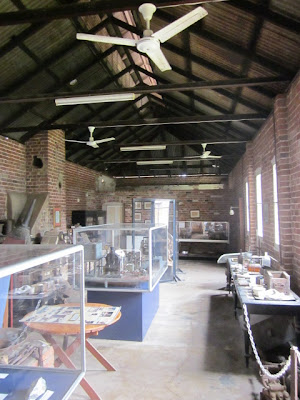 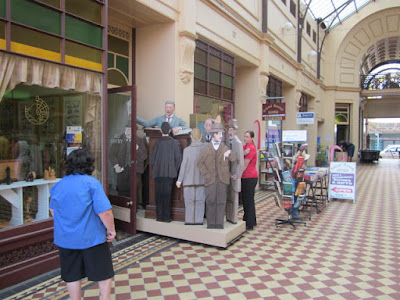 I happened to arrive just as they rolled out an exhibit that was supposed to give the viewer an idea of how the stock exchange worked. My presence undoubtedly had an effect on the underlying technology because it refused to work. Of course it was the first time it had not worked. Ever. 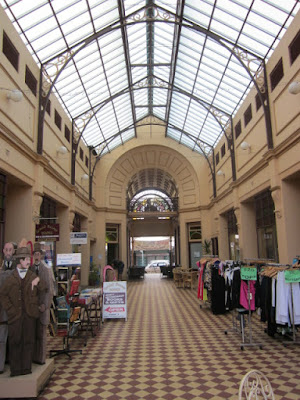 It really was a lovely arcade. 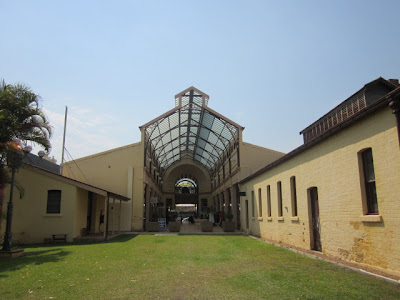 Charters Towers reminded me very much of Maryborough with all of its old buildings. Fortunately many of them are heritage listed so they won't be knocked down as occurred in so many other towns where new buildings were a sign of progress. 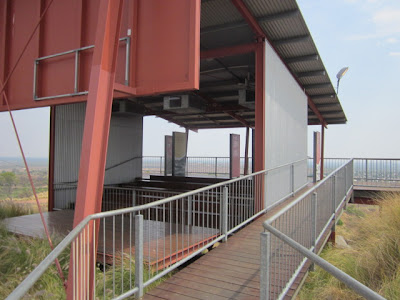 Before I drove back to Townsville, I drove to the top of the hill that overlooks Charters Towers. There is an excellent new lookout. 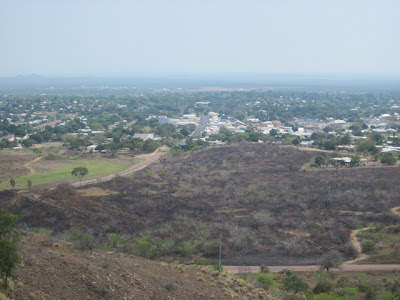 This hill was where the gold was originally discovered and there are signs everywhere warning of hidden shafts and various other dangers. 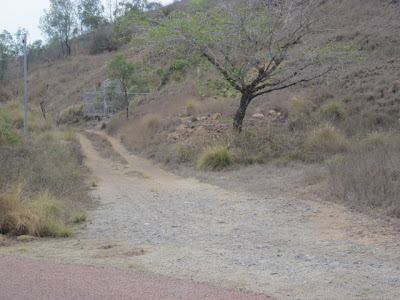 I believe it was near that structure on the dirt road (now a seismic station) that the gold was originally found.