Just down the hill from Toowoomba is the little station of Spring Bluff. 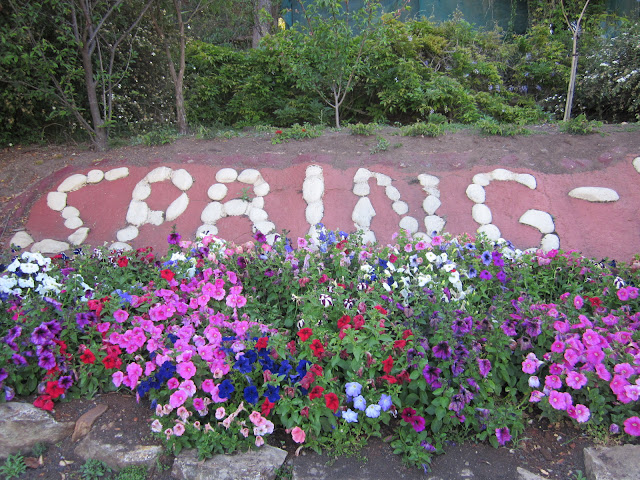 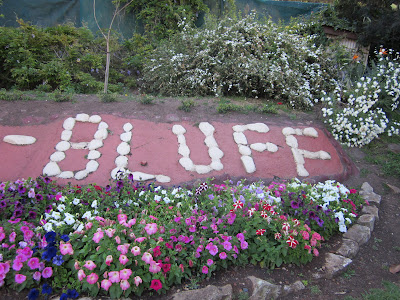 Geoff had never visited this unusual railway station before so I decided this needed to be rectified. 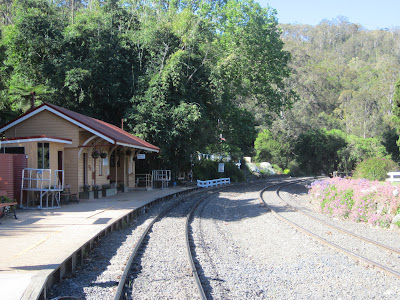 It is not really a passenger station and its primary purpose was just to control a passing loop on the way up and down the range. Toowoomba is about 2000 feet above sea level and the climb up the range is quite steep. 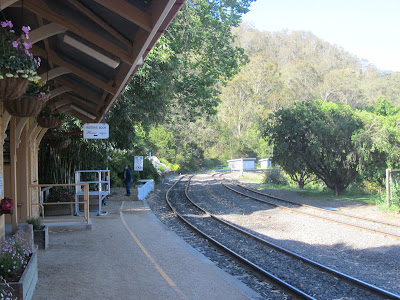 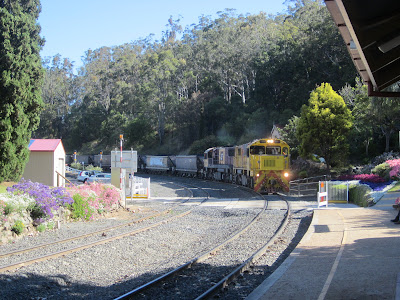 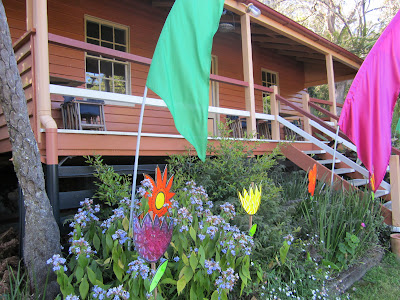 The house attached to the station. The flowers may give you a clue why this station is special. 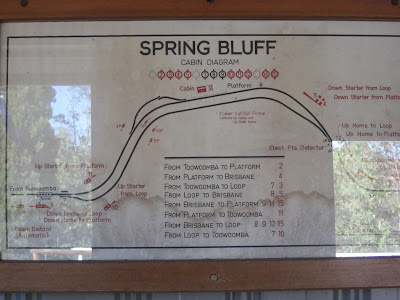 Diagram of the passing loop. 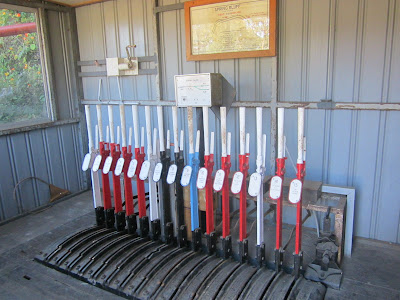 And the switch levers. 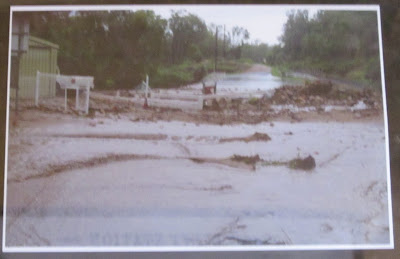 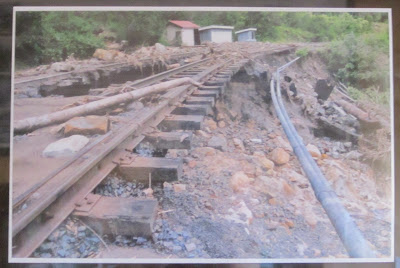 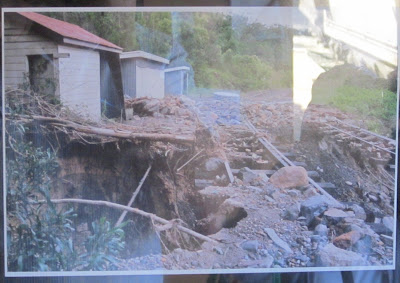 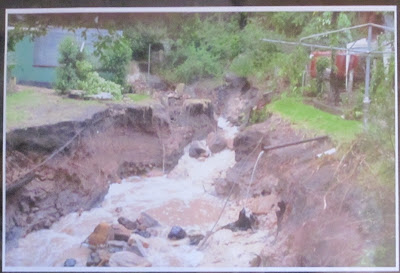 The water in the January 2011 flood poured over the range and down onto the station. It washed away sections of track. More photos are here. 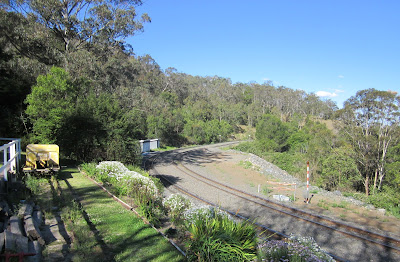 The track was restored and reopened a few months later. 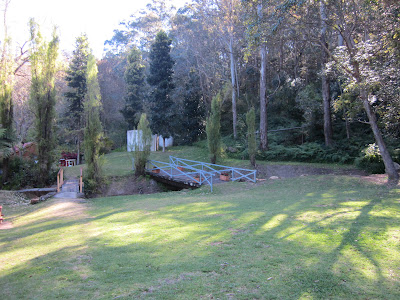 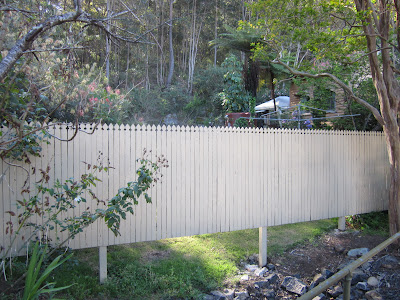 The fence hides most of a Hills Hoist that you can just see on the right. Go back a few photos and you can see the hoist just to the right of a large gully that was caused by the water. 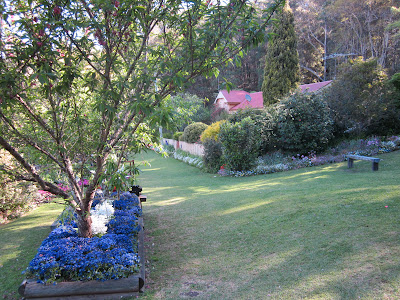 The real reason for the station these days are the flowers. They grow so well here and have deep rich colours. The following photos give you an idea of what it is like. 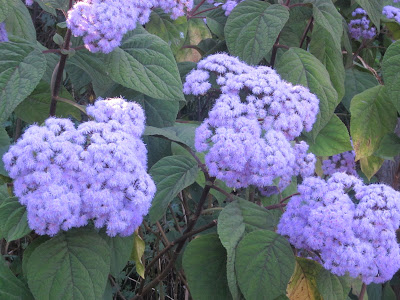 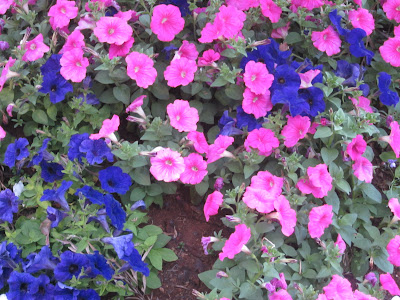 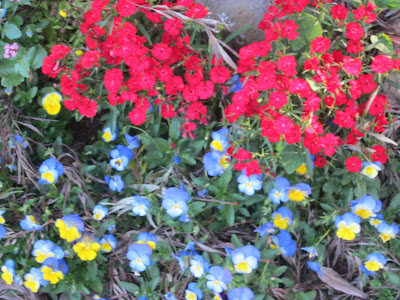 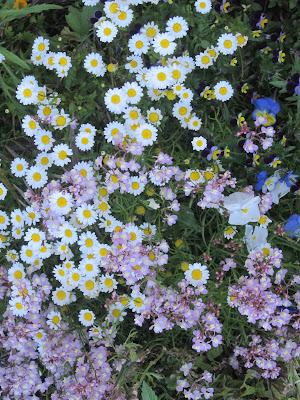 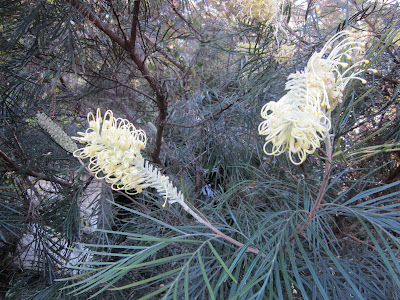 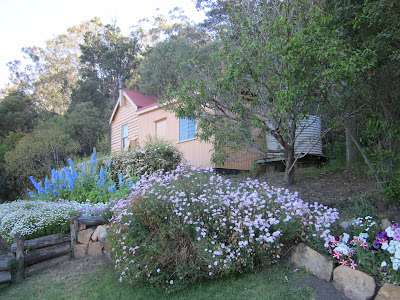 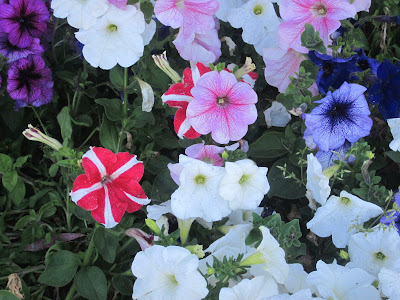 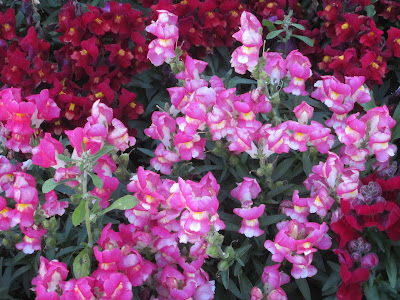 Fortunately, the station buildings were not damaged in the flooding. It's a great way to return from Toowoomba to Brisbane. Just look for the Murphys Creek sign.
Posted by Ray Perry at 9:00 PM