Laidley is a little town west of Brisbane that Geoff and I walked around on a trip out to Toowoomba. 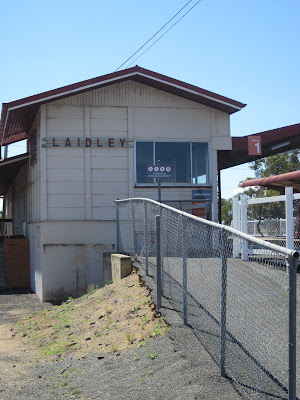 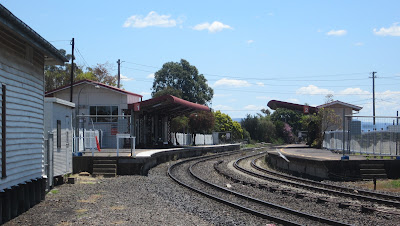 The station. I passed through here on the way to Charleville. 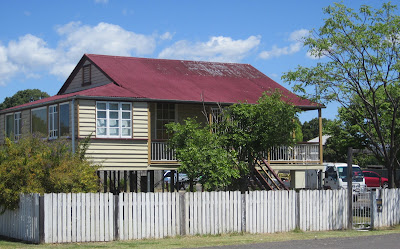 Old railway house near the station. 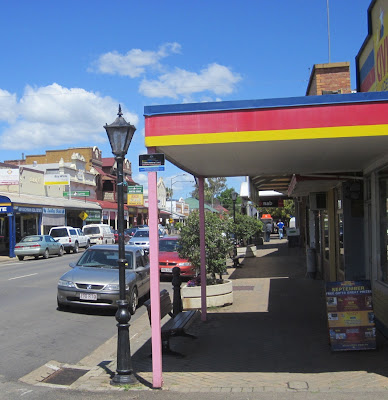 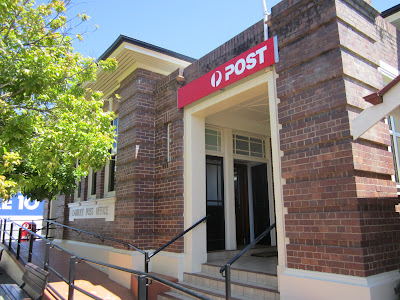 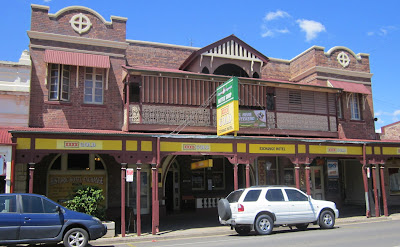 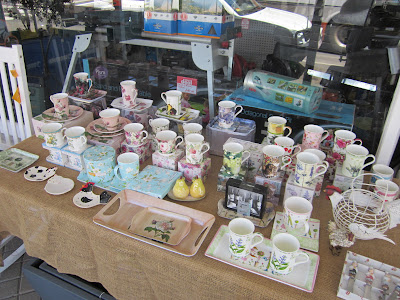 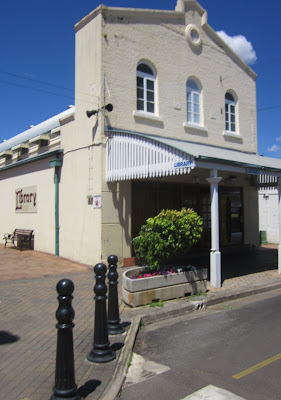 This was the old cinema but now houses a nice library. 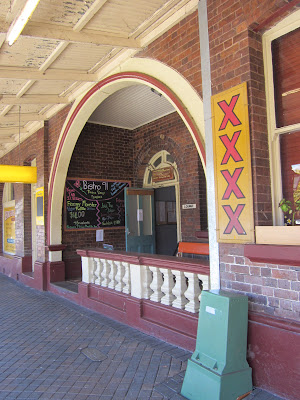 Most of this main street was under water during the flood of January 2011. 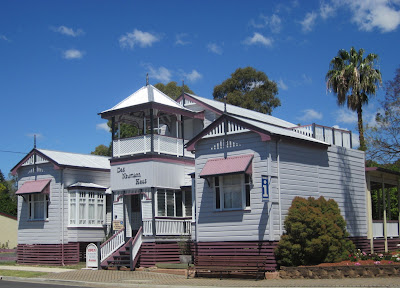 A distinctive house built by a German man who came to the area and made a lot of money. It now is a museum that shows how the house would have been furnished in its time. 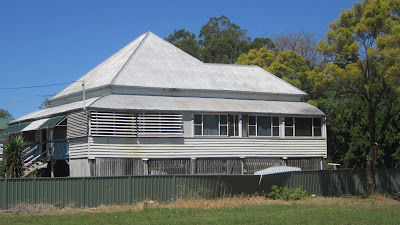 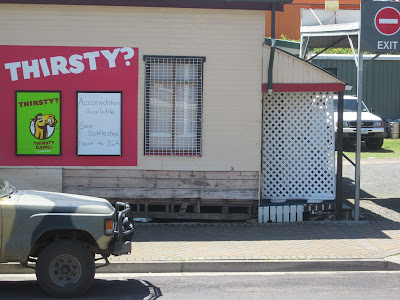 You can see how high the flood reached by observing the mark under the red painted section. 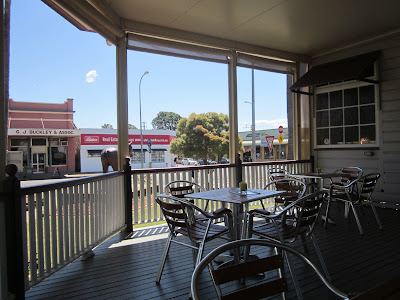 Geoff and I enjoyed a couple of coffees on the back deck of the museum. 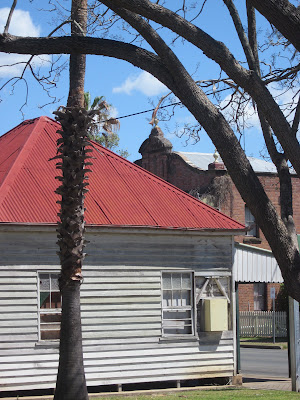 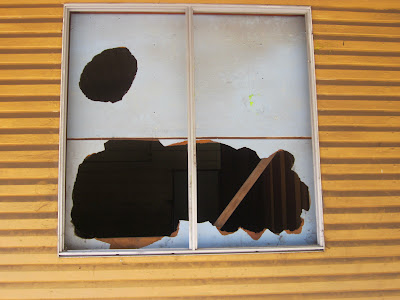 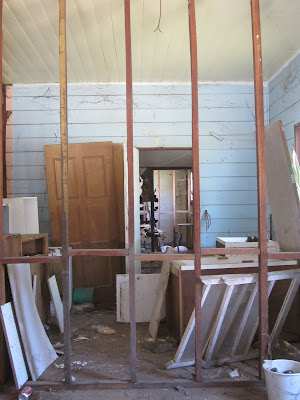 I'm not sure if this building was damaged in the flood, but it certainly was a wreck inside. 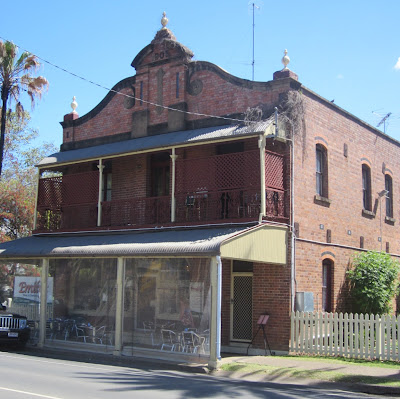 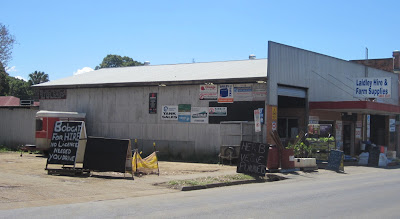 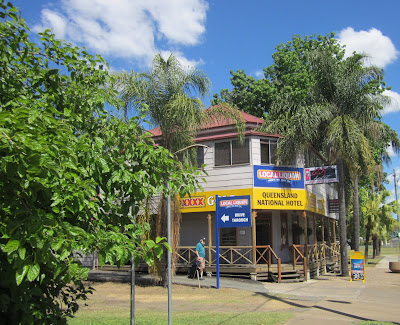 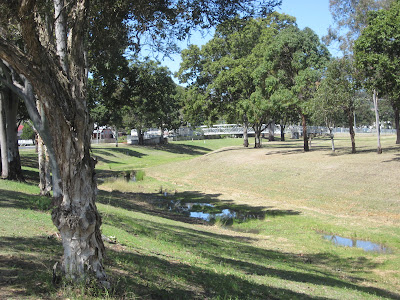 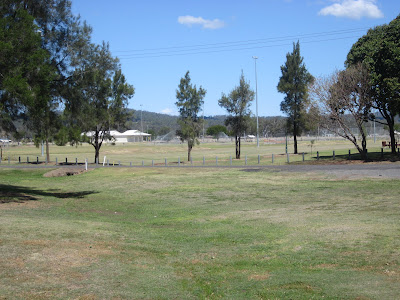 Water course just outside town that is supposed to mitigate flooding. Obviously it wasn't enough. 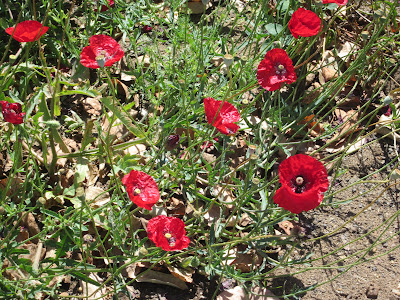 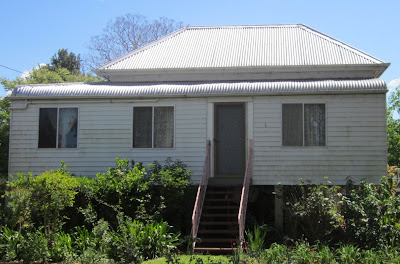 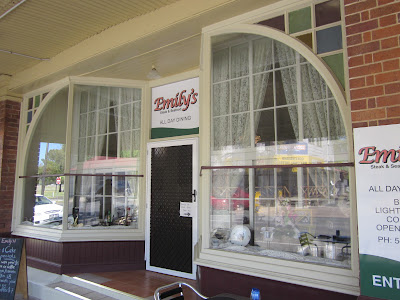 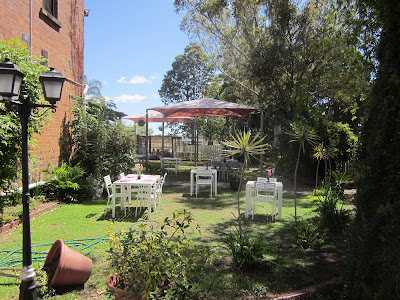 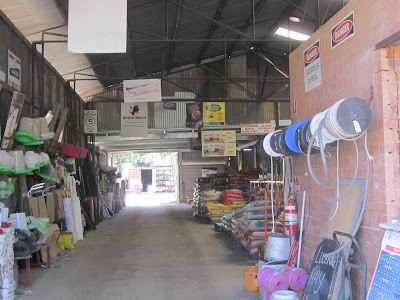 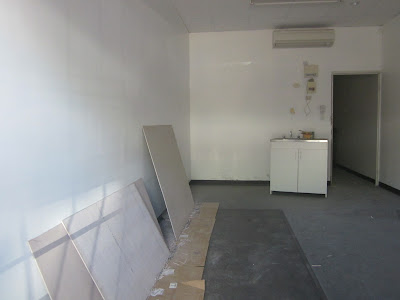 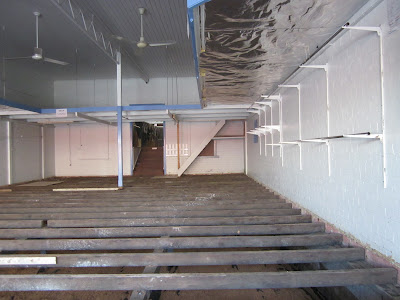 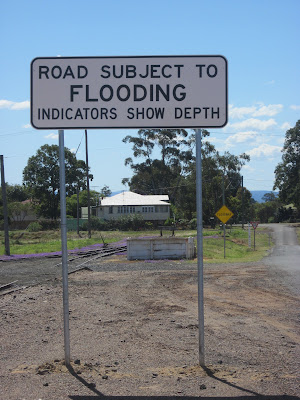 You see this sign a lot in this area.
Posted by Ray Perry at 7:31 AM