Going to Rome for 10 days

Some of you might remember that I had planned to go to India in February. That trip was delayed for a year due to my triple bypass operation. However, I have not lost the desire to travel and in some ways the desire has increased.

So I found a round trip fare from Newark NJ to Milano for $495. I was astounded by such a low price and after talking to Marianne about whether I should go, I made the booking.

I have been asked how I get these cheap flights and this is what I use these days, Google Flights.

While mostly I fill in the destination because I know where I want to go, sometimes it helps to generalize and put in a continent such as 'Europe'.

GF responds with a map that you can enlarge with pricing shown. In my case, Milan showed $495 so I investigated further. This particular map shows a much cheaper way to fly to London which is listed at $934. Notice Dublin at $503. If you are prepared to change planes there then flights from Dublin to London or other parts of the UK or Europe can be very cheap.

So I took the commuter trains to EWR. The drive up to Claymont where I caught the train took longer than expected and I just made it with a couple of minutes to spare.

Because I left on a Monday, the flight was not full so I managed to get three seats to myself. The 777 seats that United uses have arm rests that fold back completely so I managed to lie down and get some sleep. The food (ravioli) was surprisingly good. In the morning when it was light I could get a great view of the huge cloud covering Switzerland with the peaks of the tallest mountains poking up from the clouds.

After a brief passport inspection, I picked up my bag and headed off to the train station at the airport. 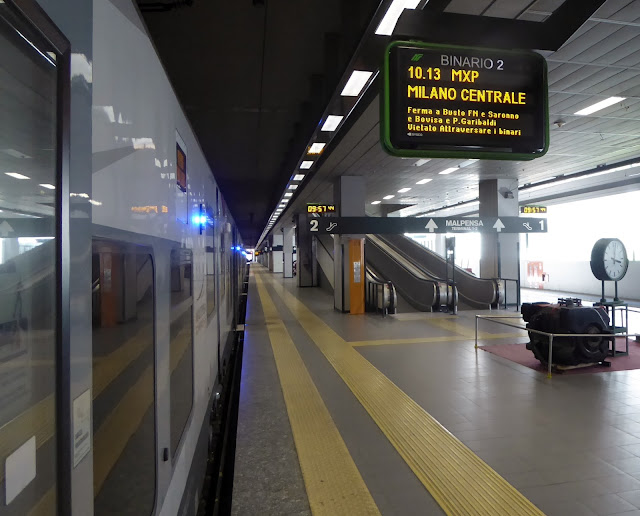 The train waiting to depart. There is a train about every 20 minutes. 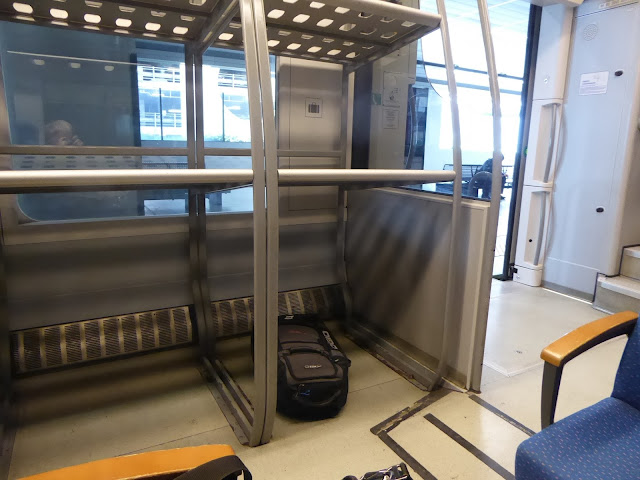 Old faithful has been pressed into service once more. That bag has really traveled. 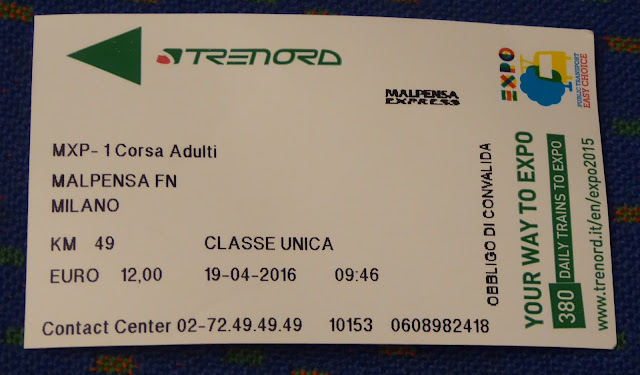 Note that the airport is 49 km (30 miles) from downtown Milano. 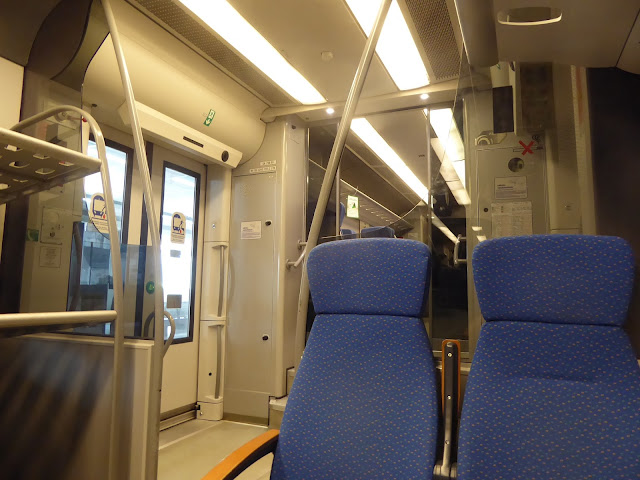 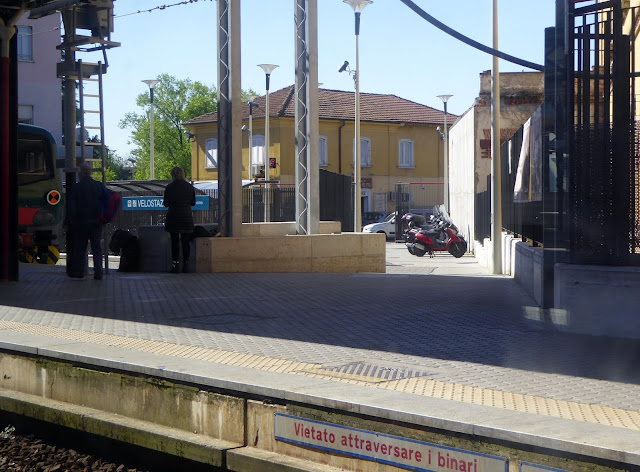 The train stops at a few stations along the way.

Engines lined up at Milano Centrale. 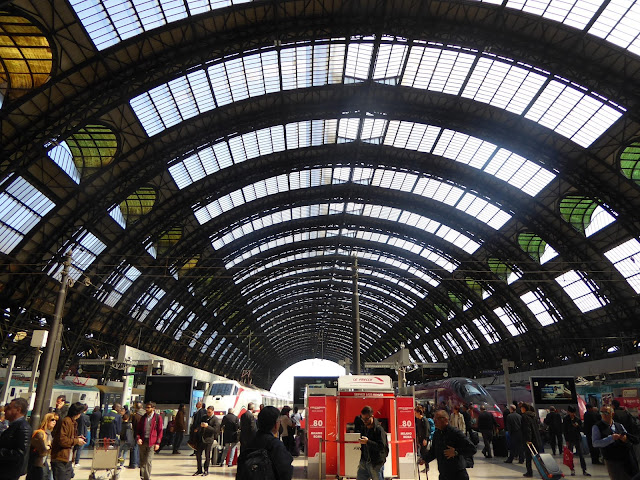 The roof is very impressive and reminds you of what grand places train stations used to be. 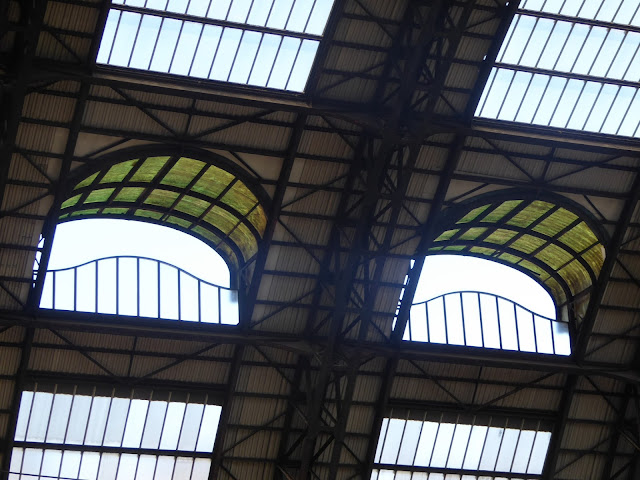 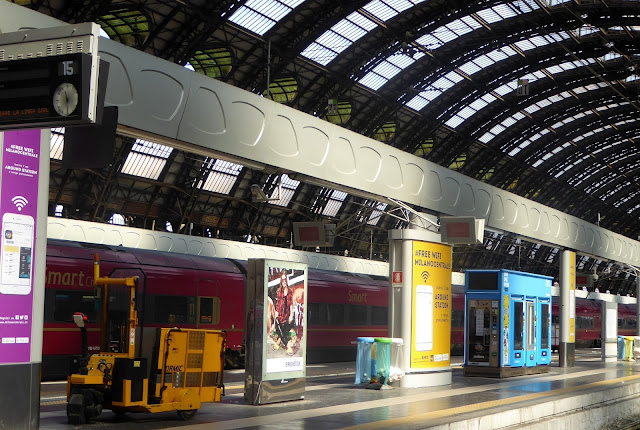 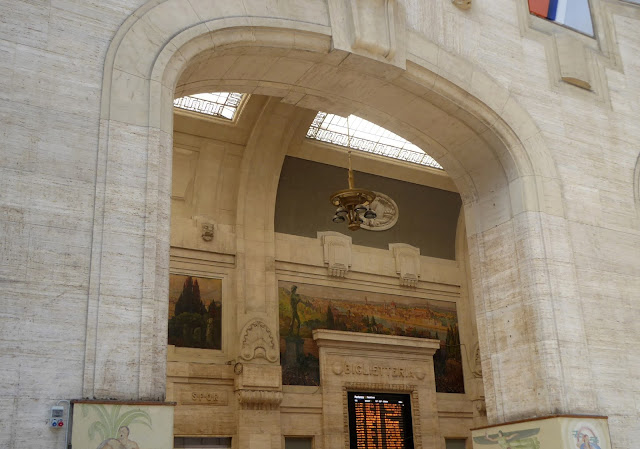 The design of the mail ticketing hall was modeled after Union Station in Washington. 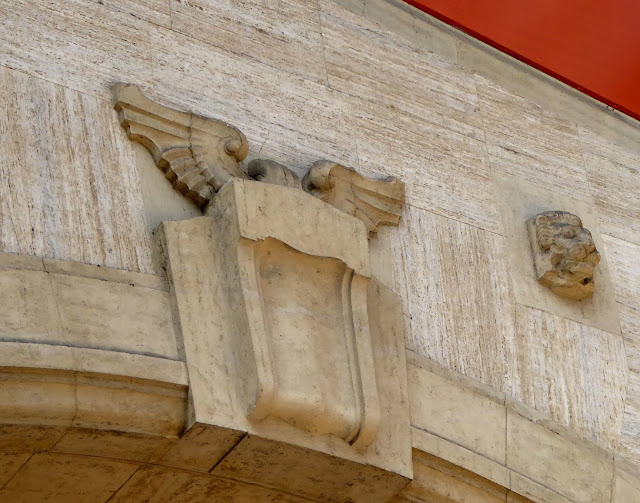 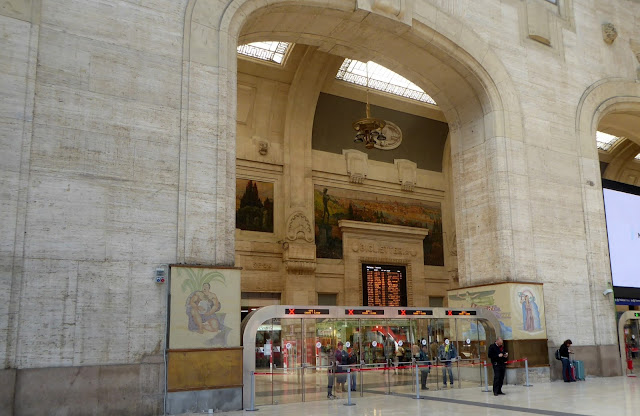 The train left on time. It was a very fast train and consequently difficult to take photos from.

For a while the train line ran parallel to a highway and my train just whizzed by the constant stream of trucks.

I reckon over 20% of the journey is underground in long tunnels. It seems like photo opportunities are rare for long periods. 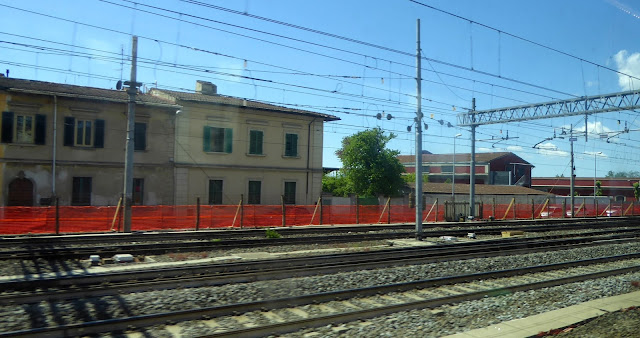 Not all is beautiful.

Leaves were well in advance of those at home. 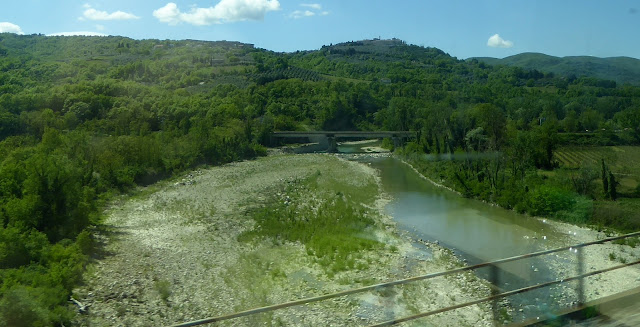 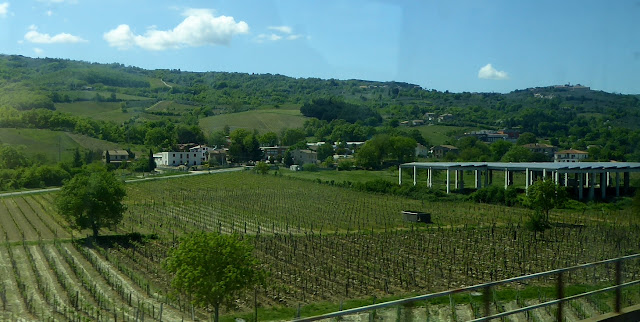 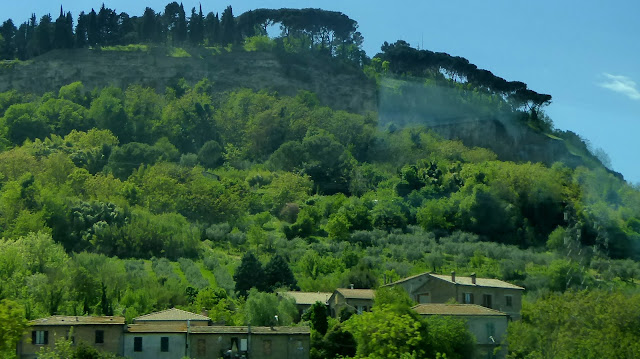 I think this is Orvieto which I plan to visit next week. 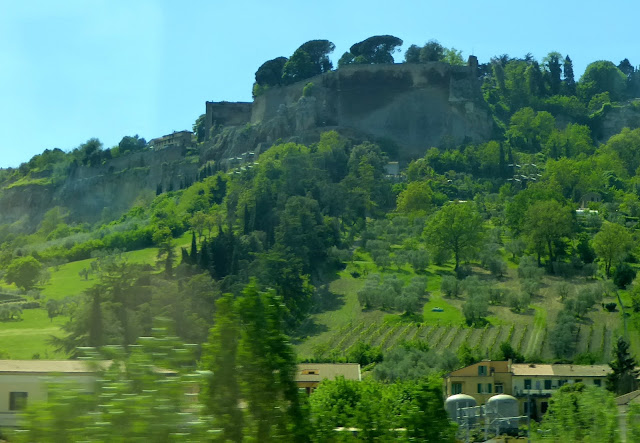 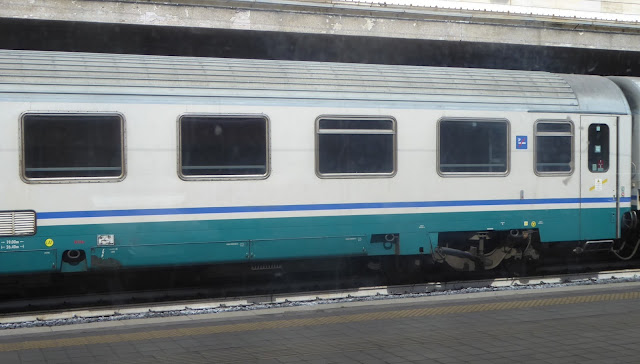 42 years ago I stood on the platform at Innsbruch in Austria. My plan was to go north to Copenhagen but it was so cold I hopped onto the first train that happened to go to Rome.

Life changes because you get on a different train. 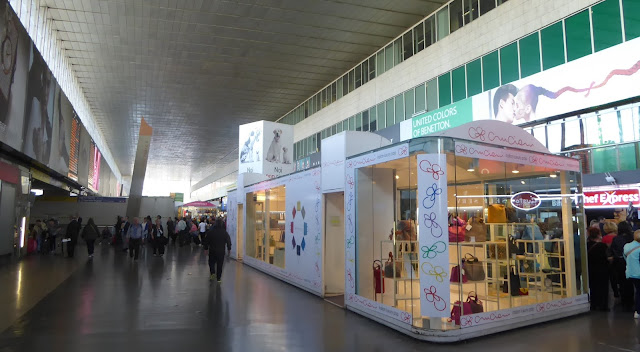 Some of you might think I was always an intrepid traveler. Not so. The train arrived in Rome the next day and I sat in this huge waiting area looking at all these dark haired Italians all dressed in black. I was sure that even the grandmothers carried stilettos. To be honest, I got scared and got on the next train out which happened to go to Amsterdam which was much easier for me to deal with.

Forty years later, the huge waiting areas has been carved up into shops.