I slept pretty well on the top bunk. though I found it impossible to manouvre because of my bulk and lack of body flexibility. Maybe I should take up yoga. 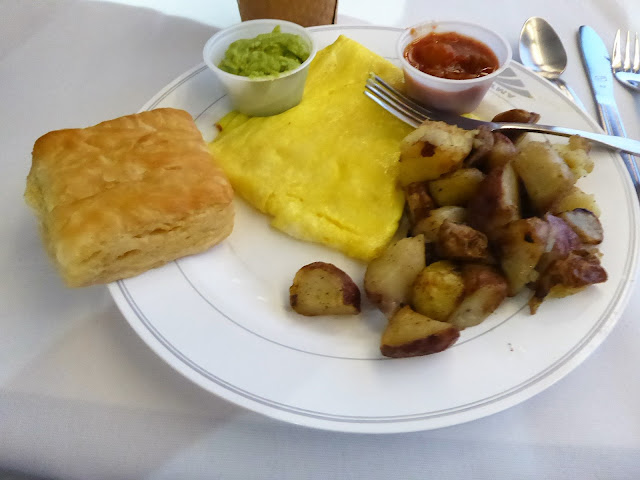 I had the omelette for breakfast but it was not the best I have ever eaten. 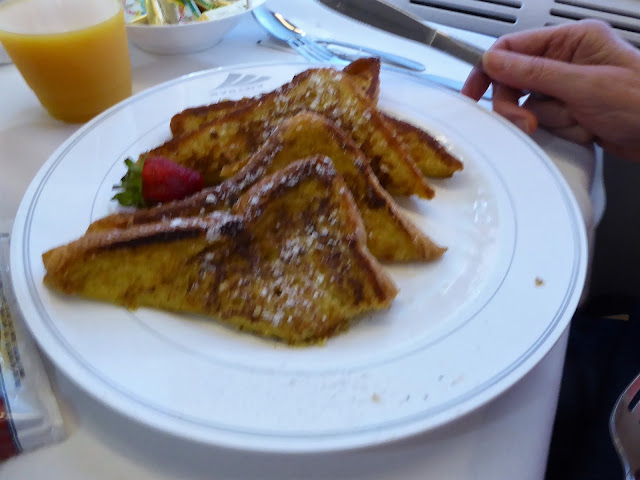 Marianne had the french toast and that was the better choice. 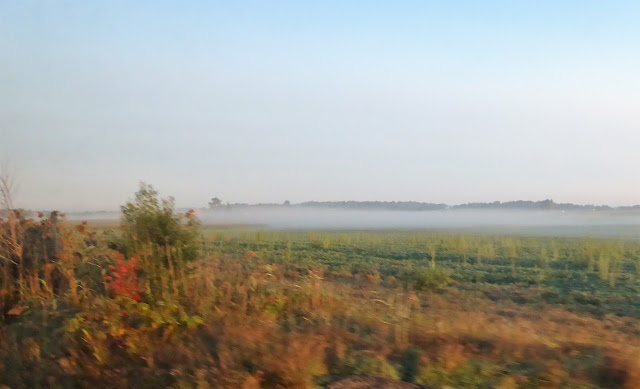 We were now in Indiana and a low fog covered some of the fields. 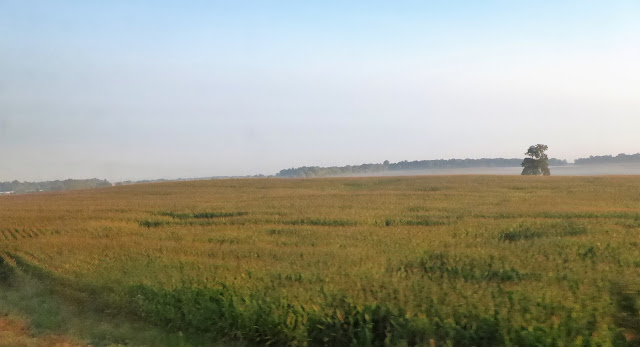 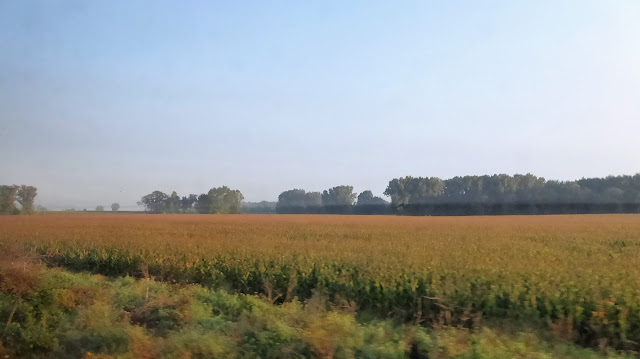 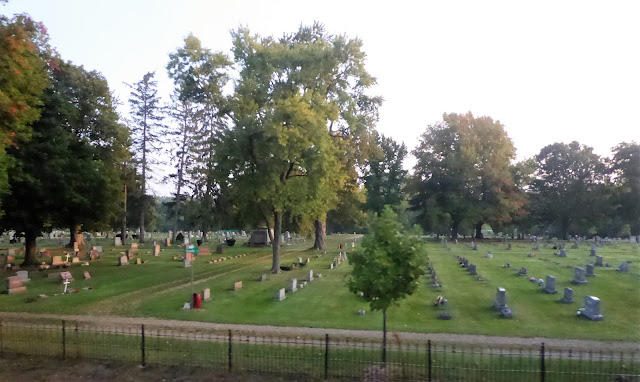 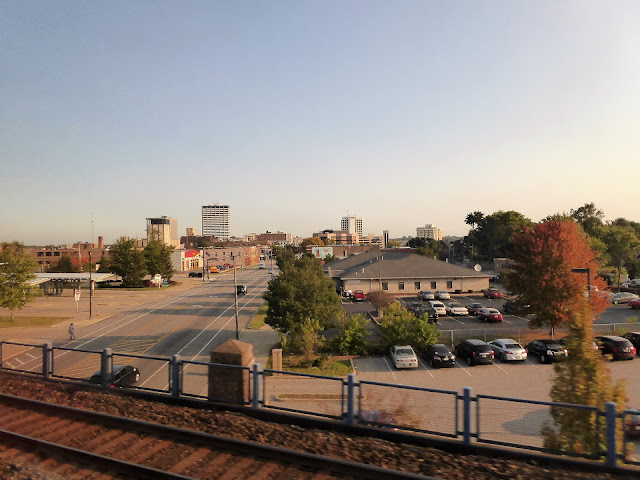 Main Street in South Bend, Indiana. The famous Notre Dame University is here. It's probably more famous for its football team than for its academic program but that is the same for many US universities. 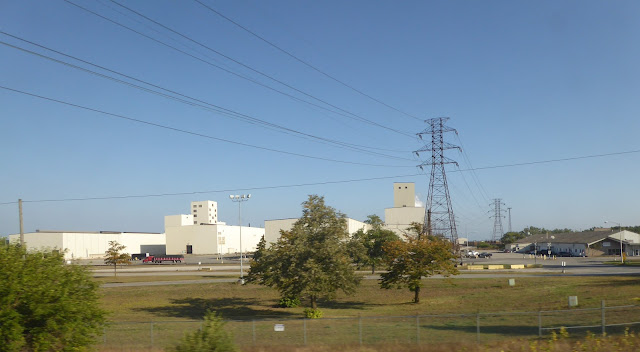 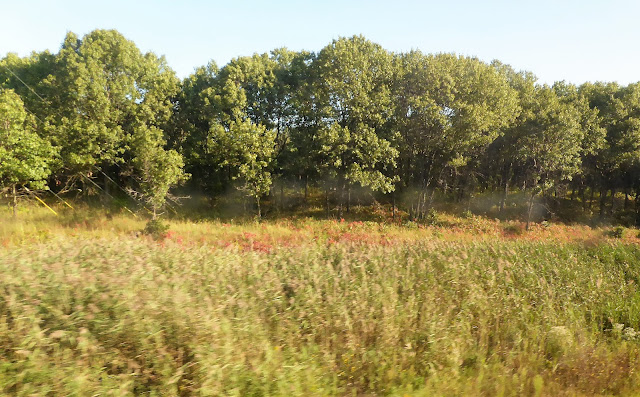 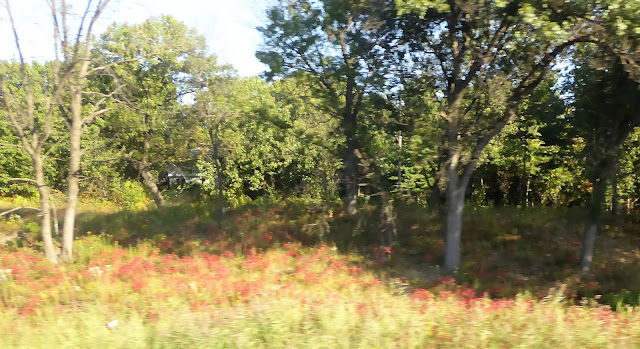 It is not all steel factories This is part of a nature reserve. 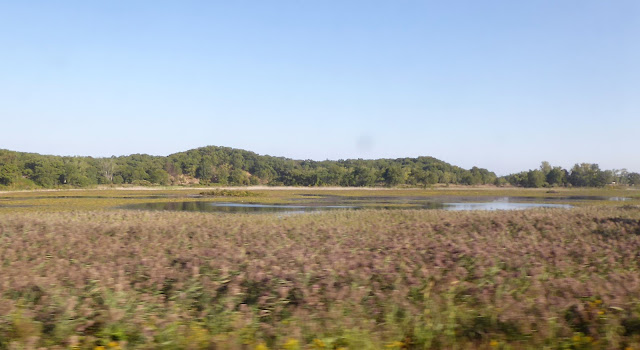 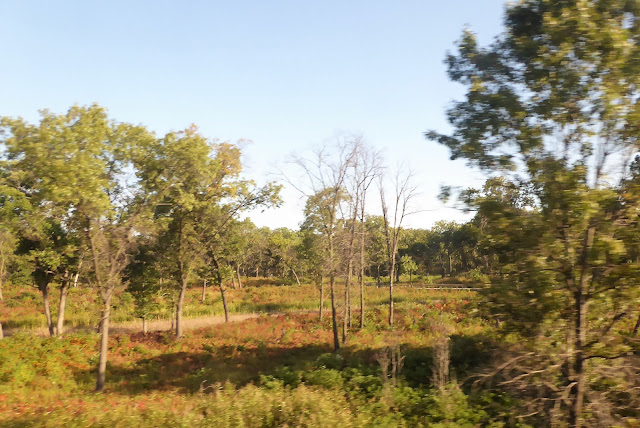 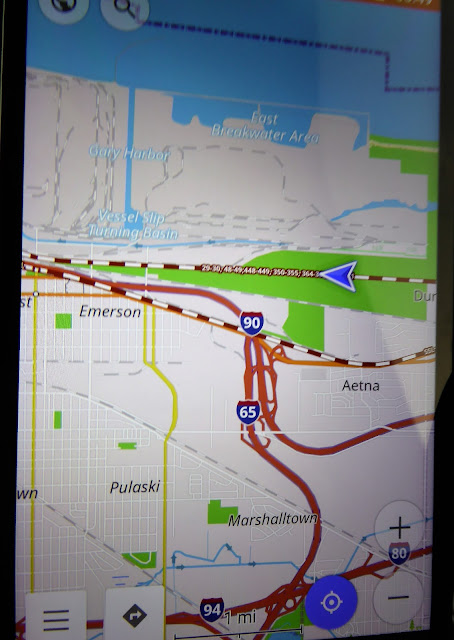 I use the OSMAND app to keep track of where we are. You can download maps that you can access if there is no internet access. I used the app in Russia some years ago. Here we are close to Gary, Indiana, famous garden spot at the southern end of Lake Michigan. 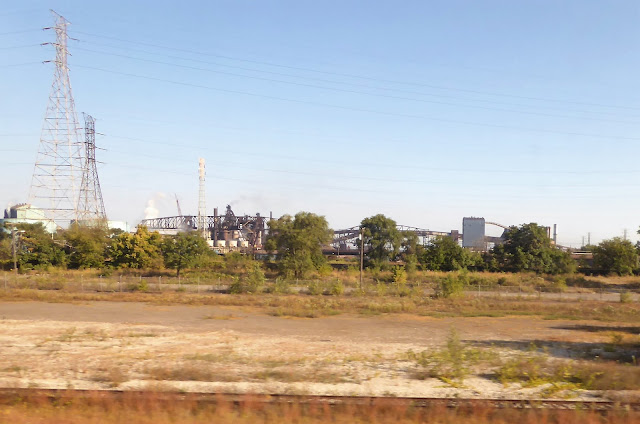 They still make steel at Gary. Years ago we drive past here and the pollution from the smoke was awful. Wikipedia reckons that one in three houses in the area are unoccupied. 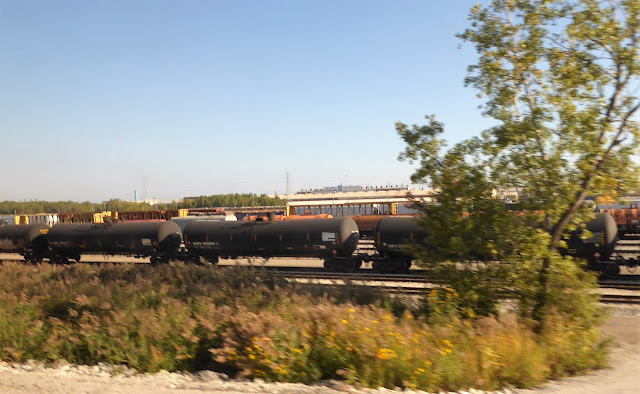 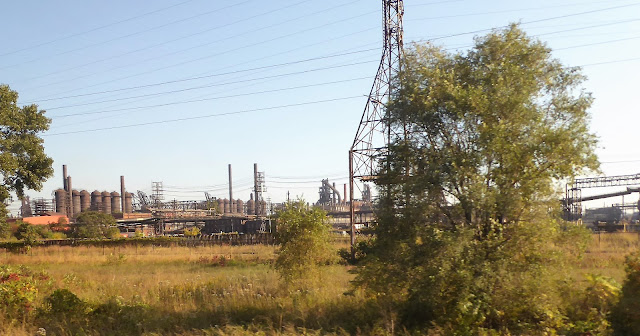 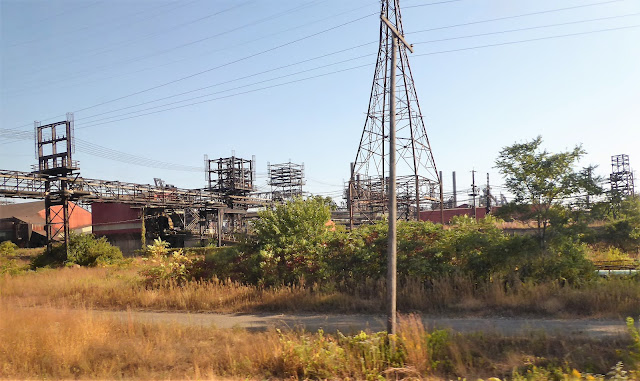 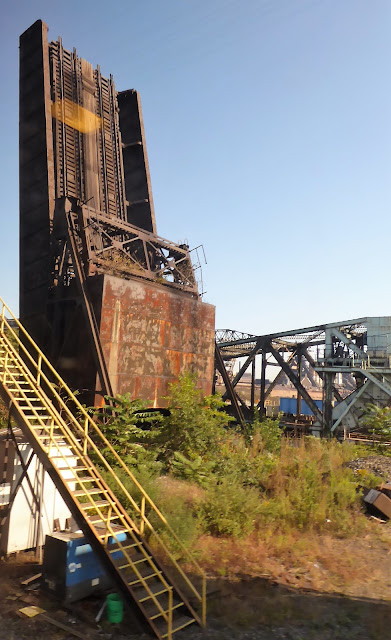 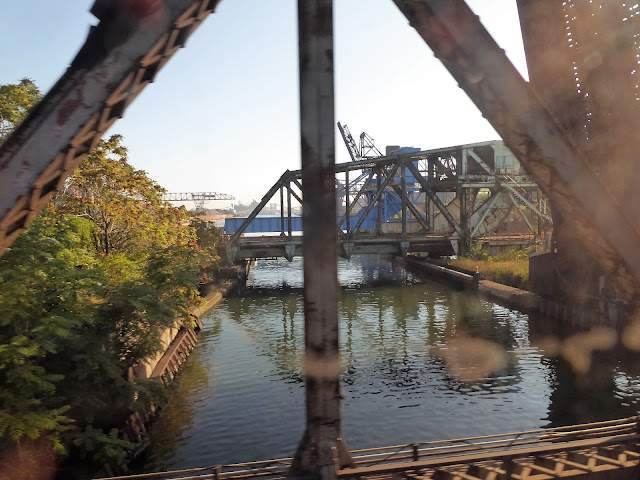 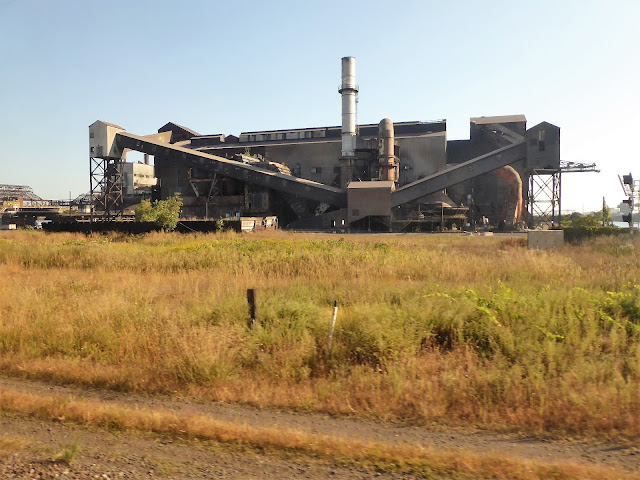 Much of the steel industry has closed down. 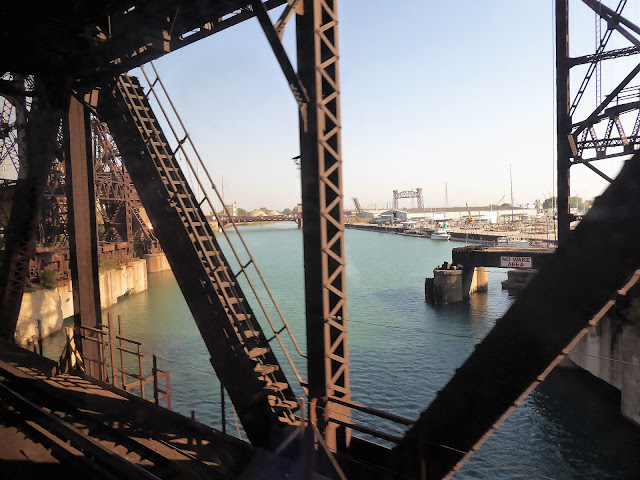 Approaching the station at Chicago. 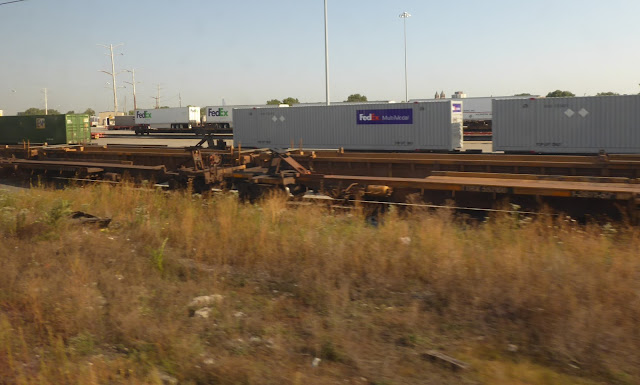 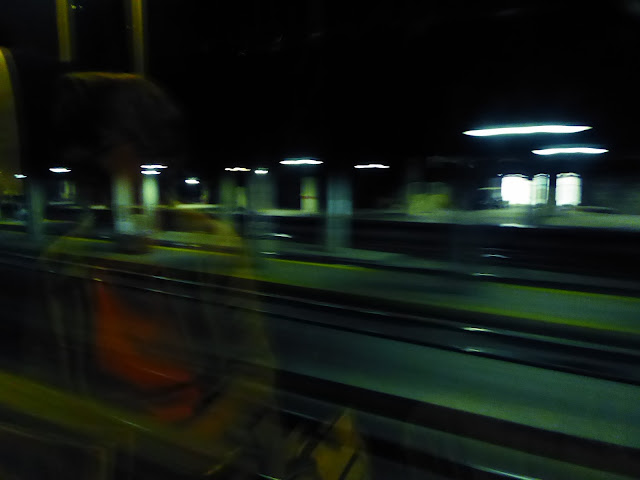 We arrived in Chicago about 45 minutes late. 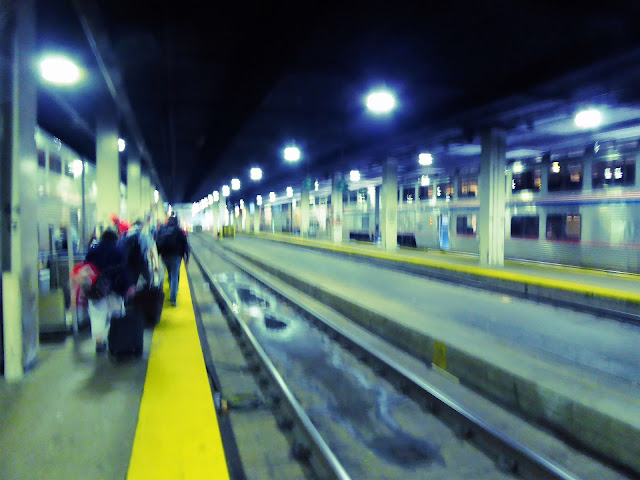 The major train stations in the US are awful places to de-train. The platforms are low, dark, underground, noisy from the diesel engines and quite unpleasant. Chicago is no exception. 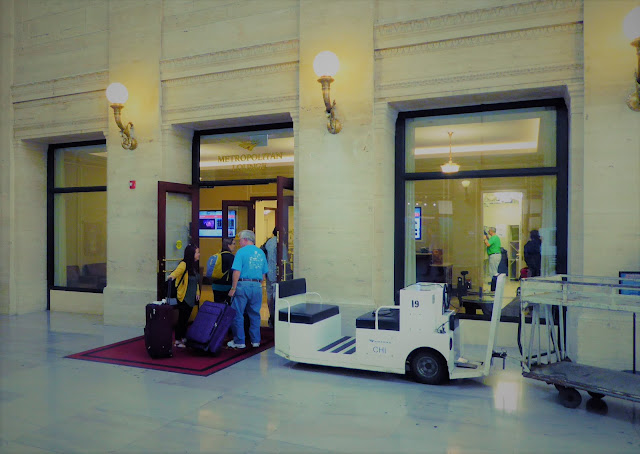 However, the public places are magnificent. Here is the entrance to the lounge area where we could store our bags prior to taking a stroll in Chicago.

Except for the food, I really enjoyed the trip and would be quite happy to do it again.