Our host, Lydia inherited a house and a Kerry Blue terrier earlier this year so periodically she goes out to Wenatchee with her two Airedales and Kerry Blue to finish up the legal necessities. 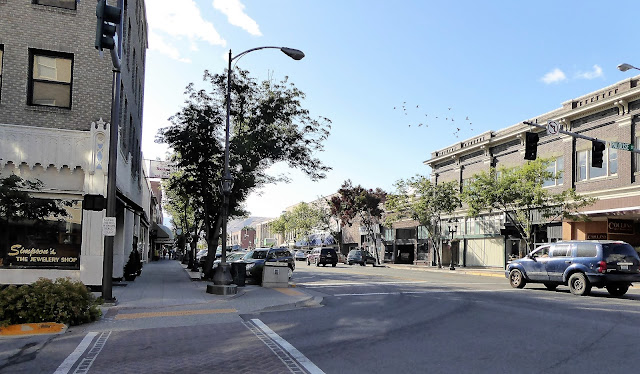 We drove downtown and while Lydia did official business, Marianne and I walked around. Wenatchee seems to be a nice city and was on the Forbes list of 25 places to retire to. 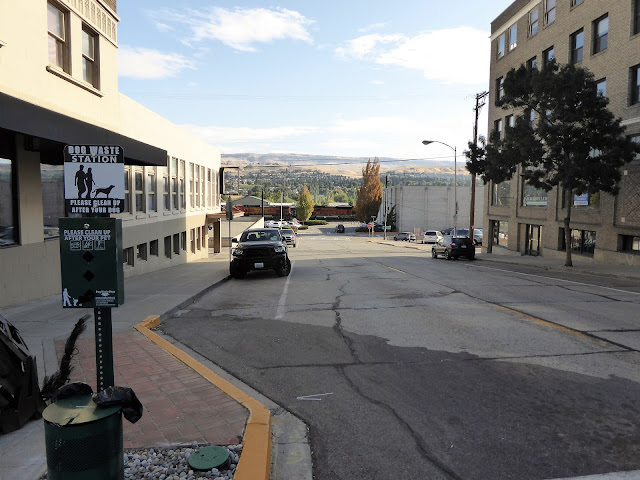 Looking down the street to the train station where we had stopped earlier in the prior day. 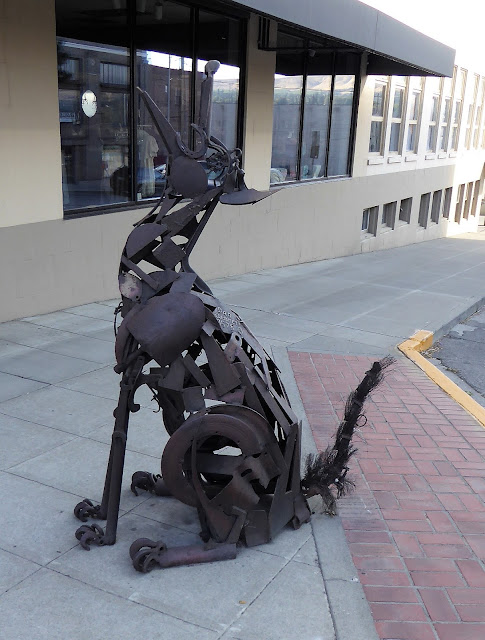 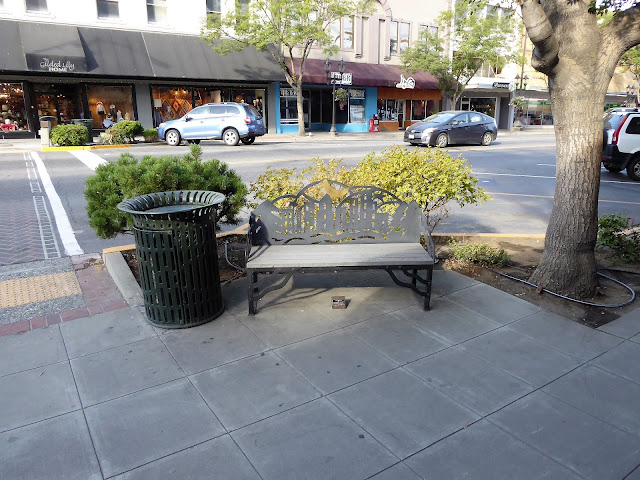 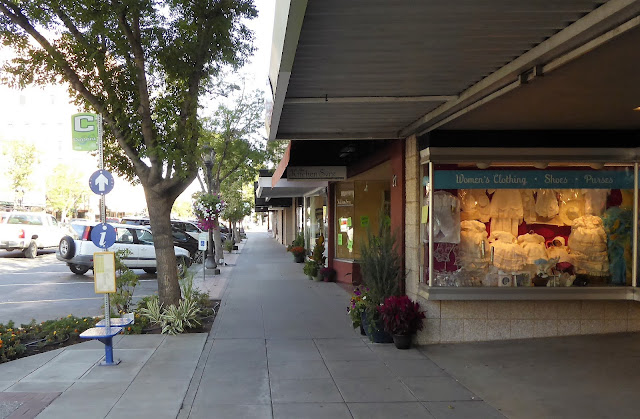 It was quite early so most of the shops were not yet open but it all seemed to be reasonably prosperous. The Forbes article has resulted in an increase in housing prices but increased tourism as retirees come to check out the town. 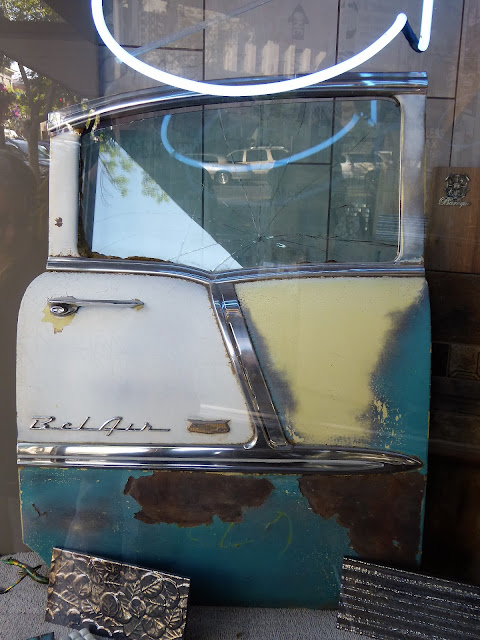 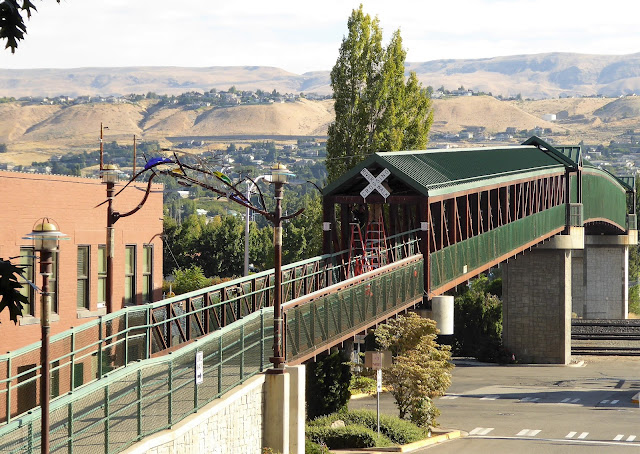 Pedestrian bridge over the train line to the river. 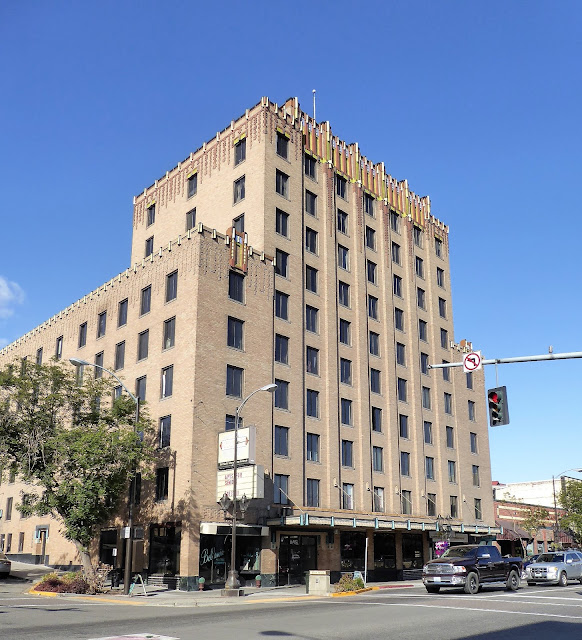 What appears to be the tallest building in town. 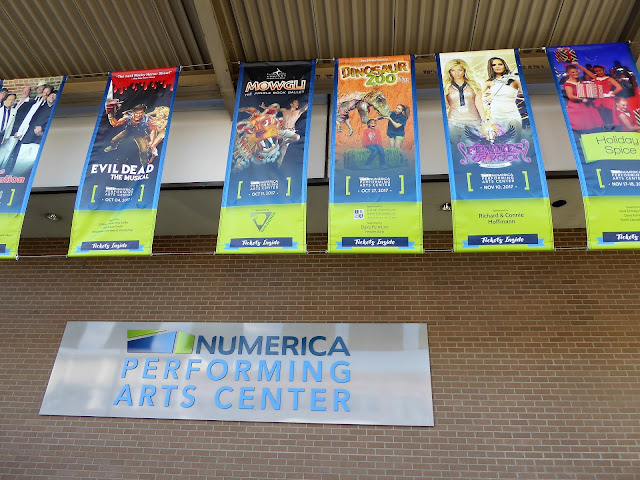 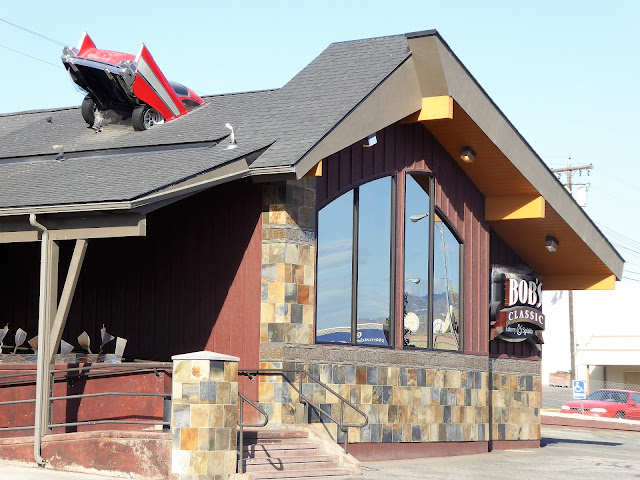 I wonder if the roof leaks. It is quite dry here with only 9 inches of rain a year. However the Columbia River has plenty of water so irrigation is not a problem. 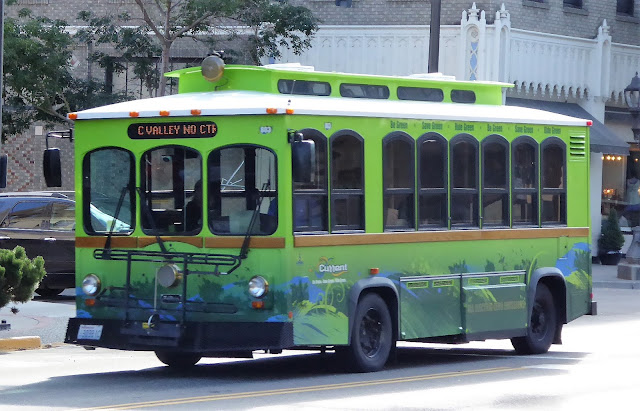 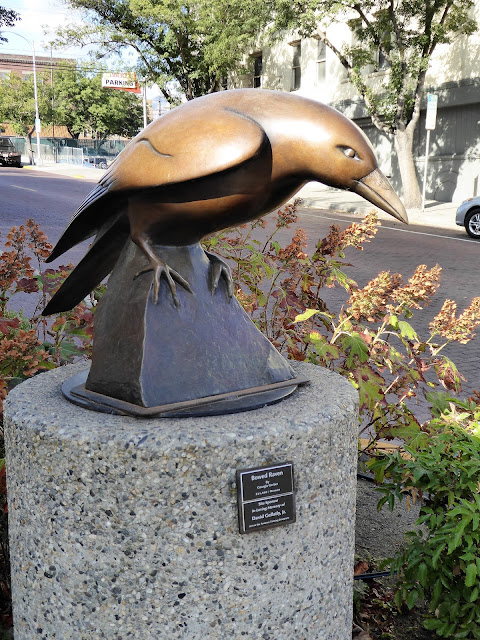 There are numerous statues scattered around. 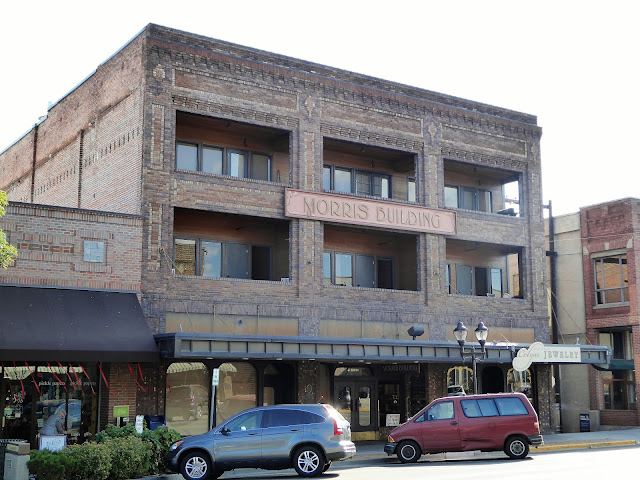 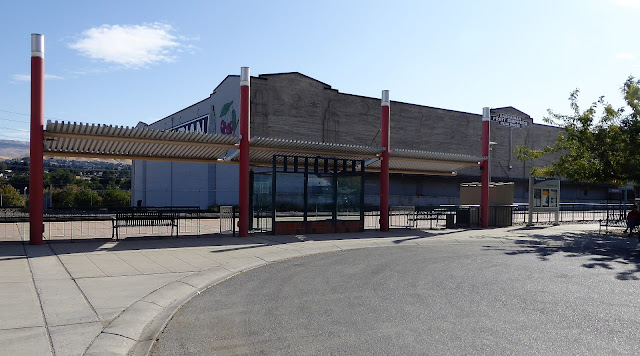 We wandered down to the train station. This is where the taxi lurked waiting for a possible passenger from the Empire Builder. 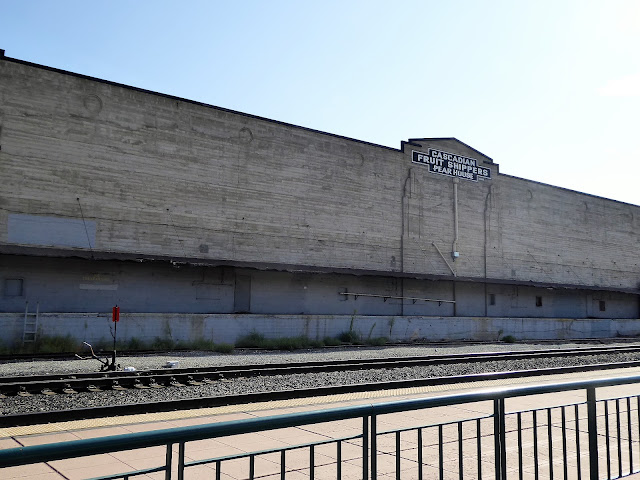 Wenatchee is famous for its apples and here is where they are shipped from by rail. 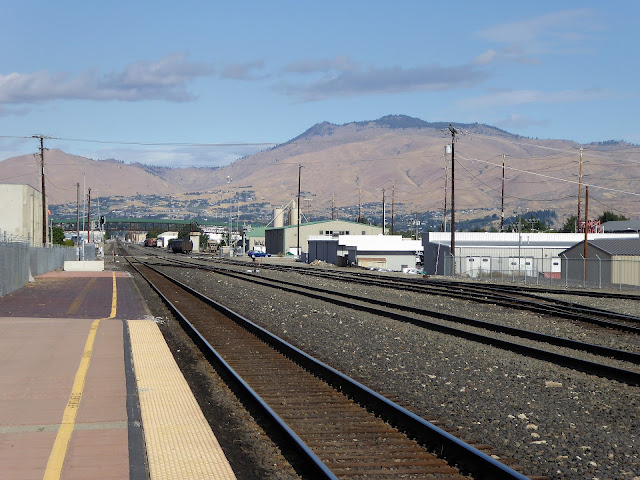 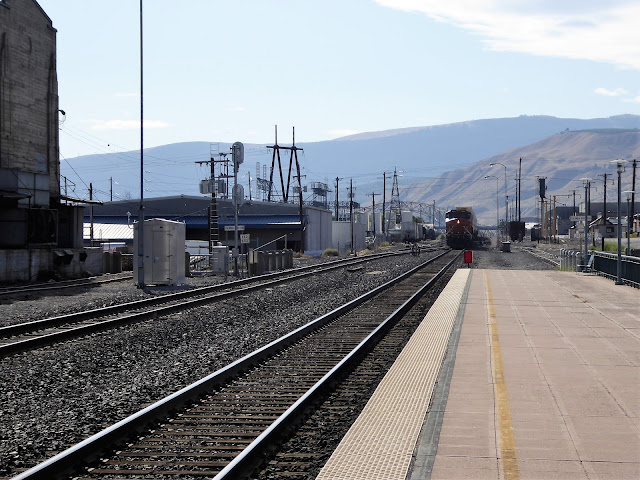 It's a nice town with low humidity. As you might expect, temperatures in Summer are high and low in Winter. It's about a three hour drive to Seattle.