Seattle to LAX by plane

It's always interesting flying in the western parts of the US and so I made sure we both had window seats and could look out. 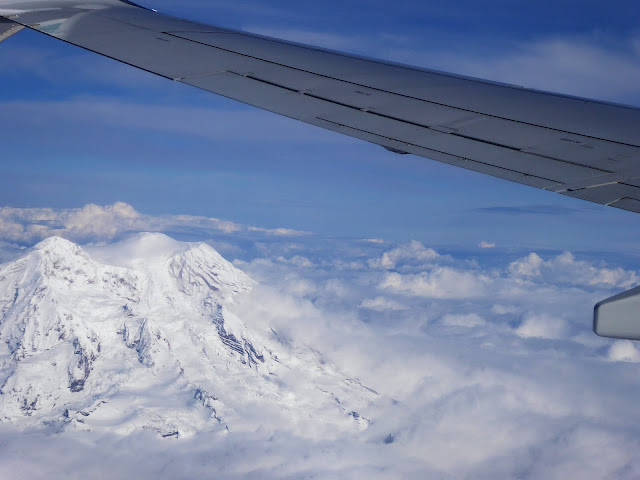 I think this is Mount Rainier. 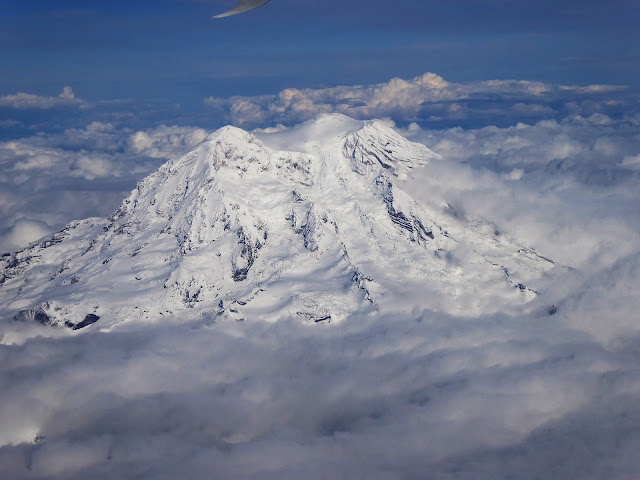 Fortunately there had been some snow in the prior couple of nights so the smoke from the fires in Washington State had dissipated. And covered the mountain with snow. 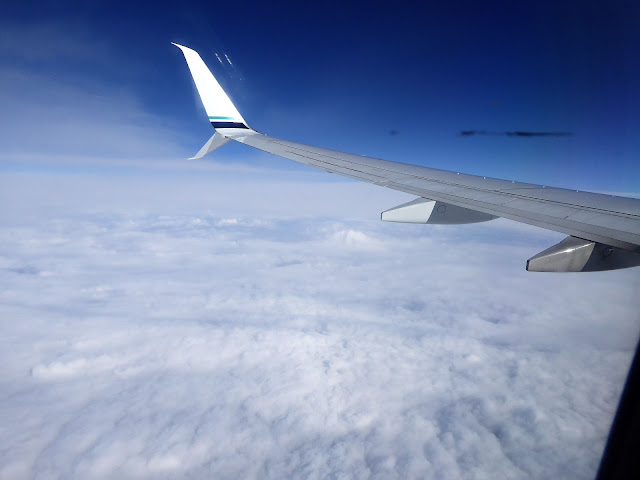 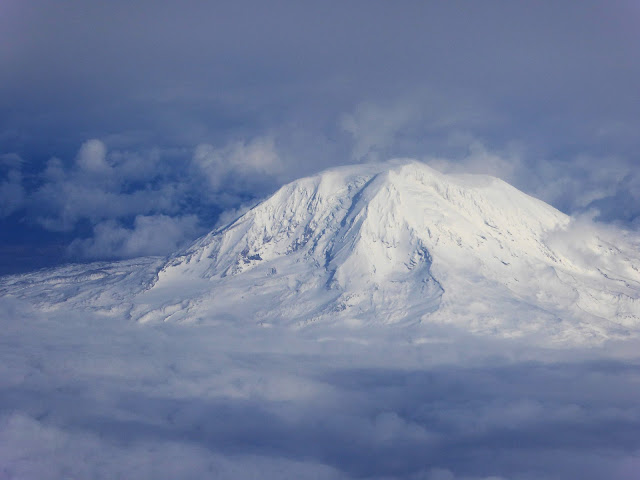 I think this is Mt Adams which I flew around in a small plane a few years ago. You can read about it here and it was a wonderful experience. 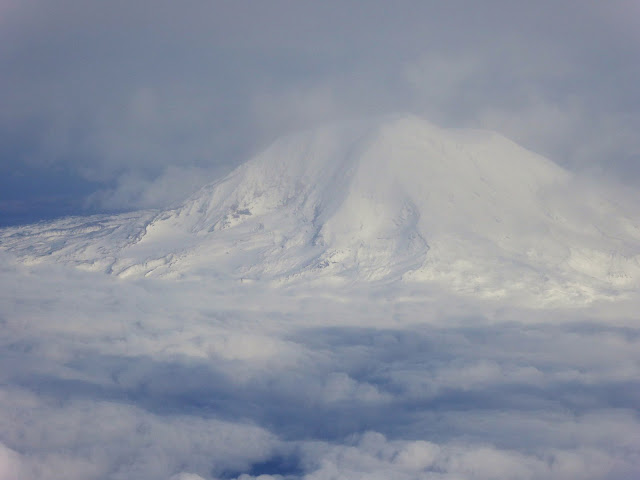 The cloud moved in. 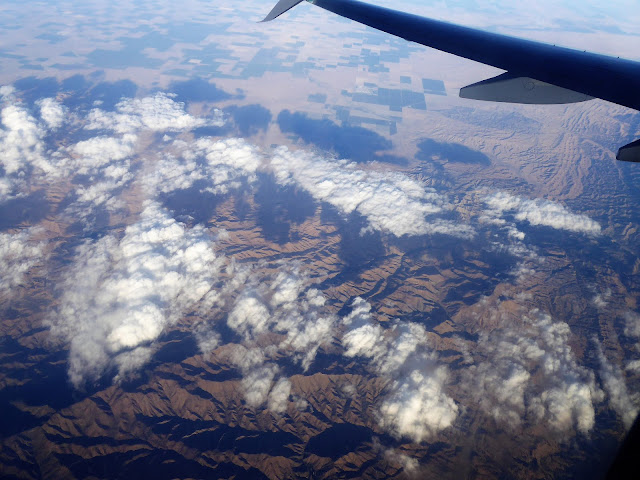 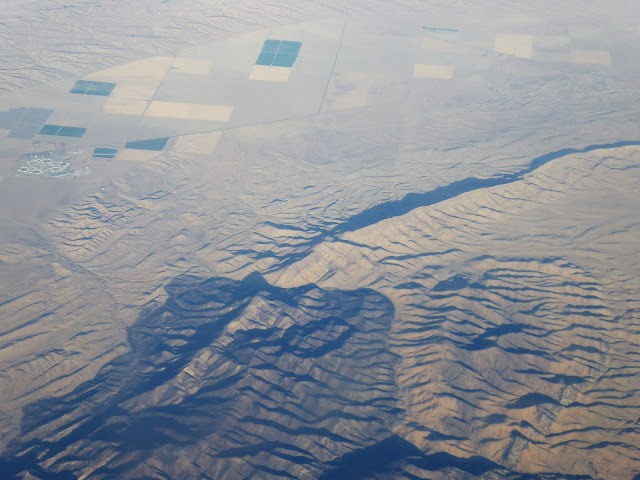 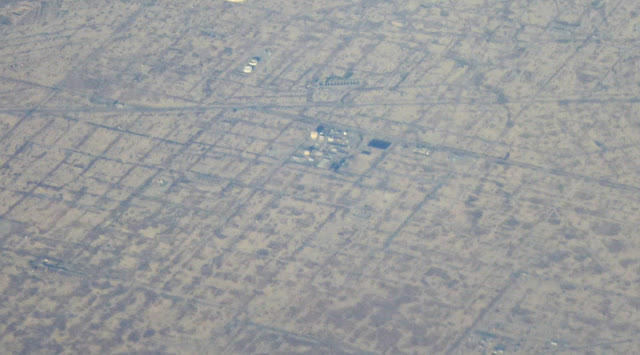 Sometimes you just wonder what made such interesting patterns. 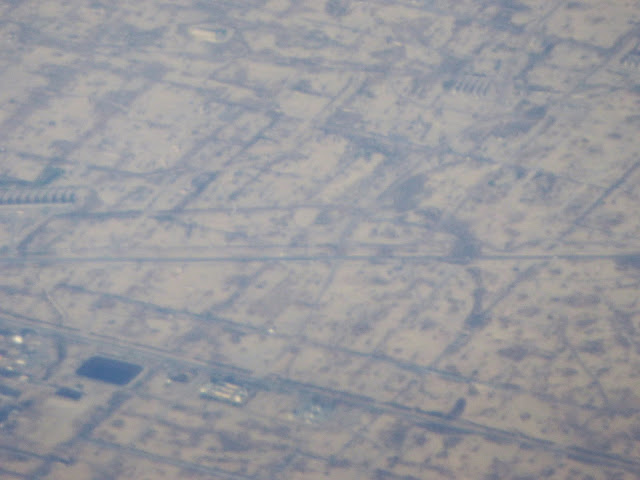 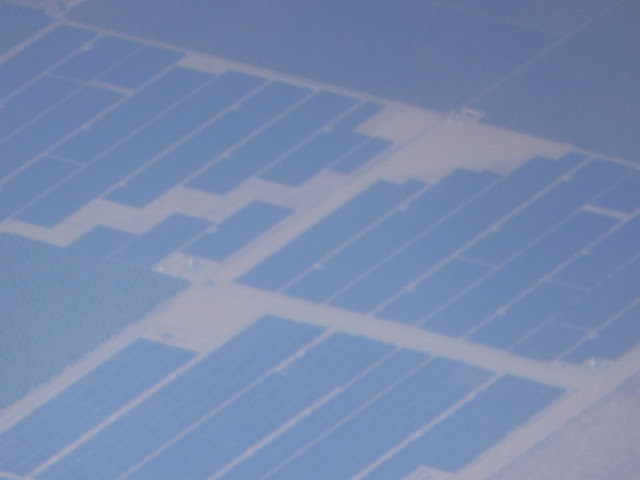 I think this was a solar farm. 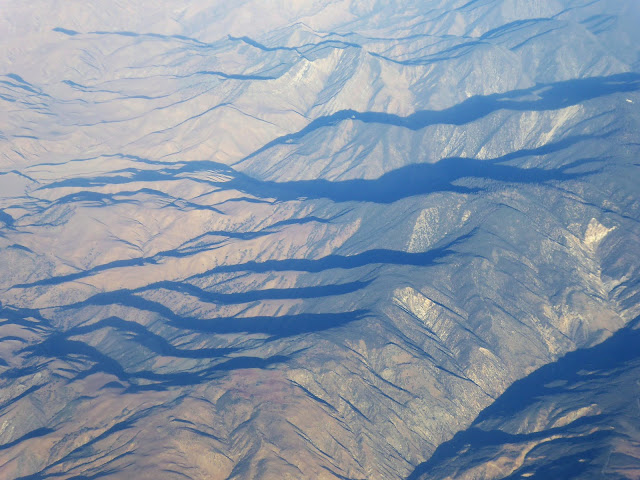 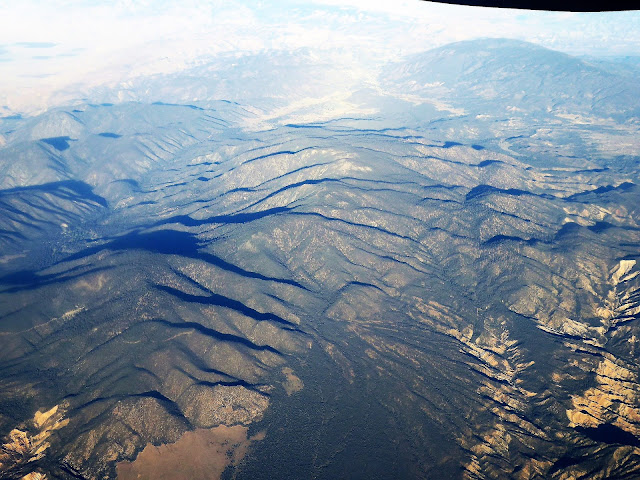 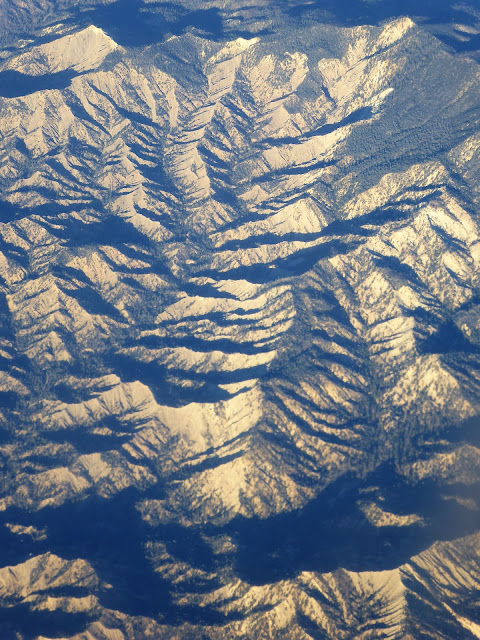 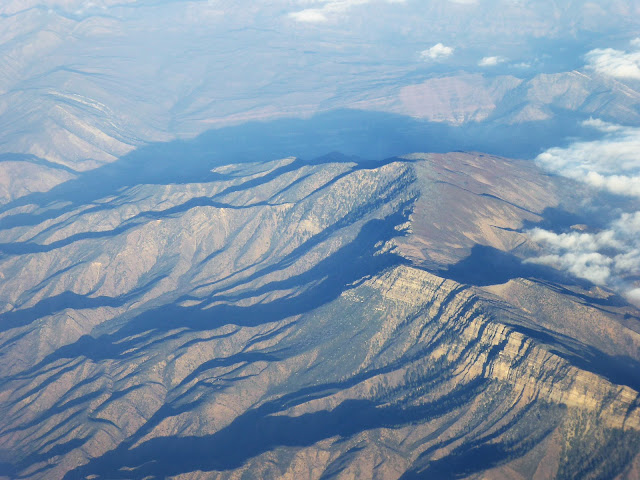 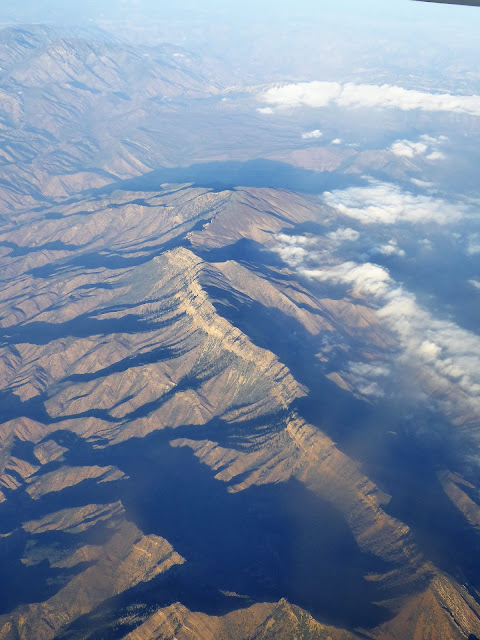 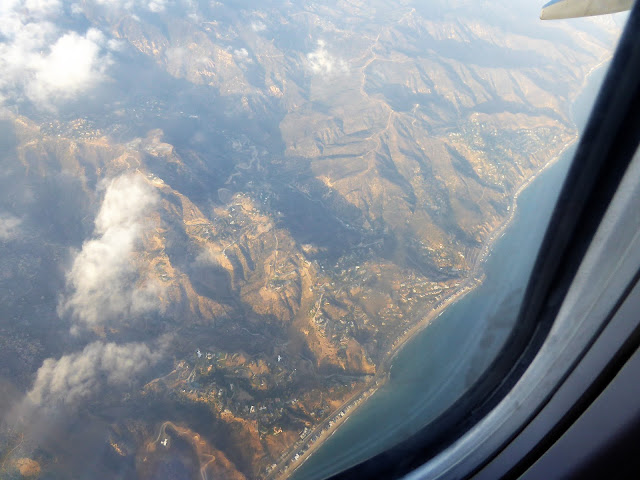 The coast line near Santa Barbara which we will visit when we return from Oz. 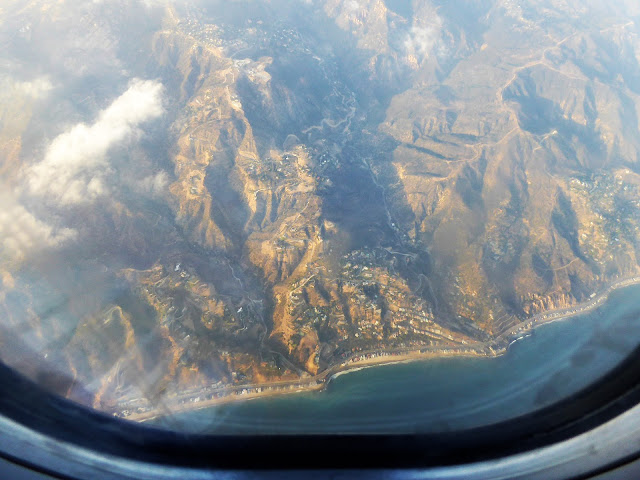 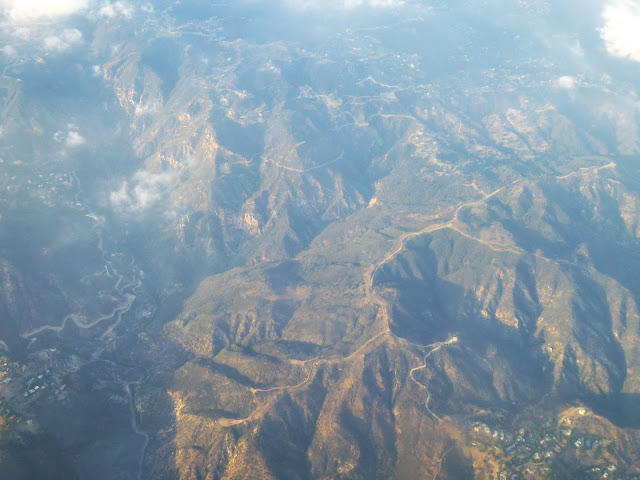 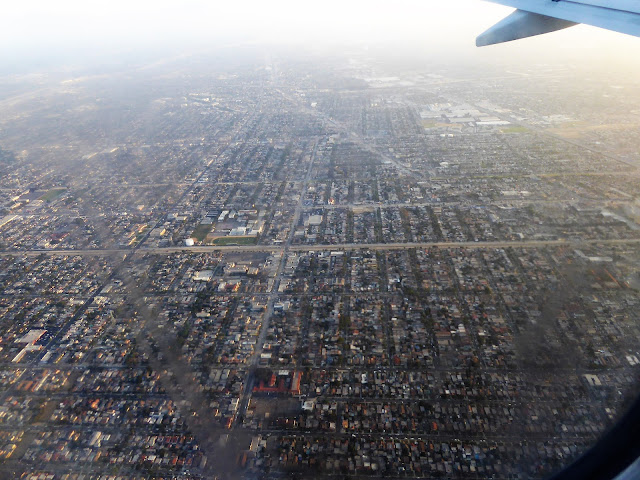 The usual smog and grid pattern of Los Angeles. We flew on Alaska and I quite like them as an airline. They were able to check our bags all the way to Townsville and they duly turned up.

By the way, when we arrived at Terminal 6 at LAX, we used the new tunnel system that goes underground between the terminals. There is also a walkway around from Terminal 4 to Tom Bradley (International) terminal. You don't have to go through security.