Another grave as well as fish and chips

Our flight from Townsville to Brisbane was quiet and peaceful which is typical of most Aussie flights. Boarding and disembarking is much more peaceful and less 'pushy' than flights in the US. 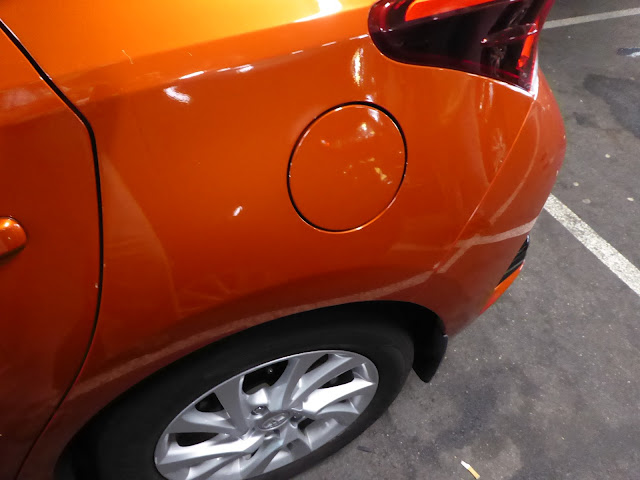 We had organized a rental car in advance and it turned out to be a Toyota Corolla. As usual I walked around it and took photos for insurance purposes. The reason why you see this photo is that Robin used to complain that we always were given a boring white car. This is not boring! 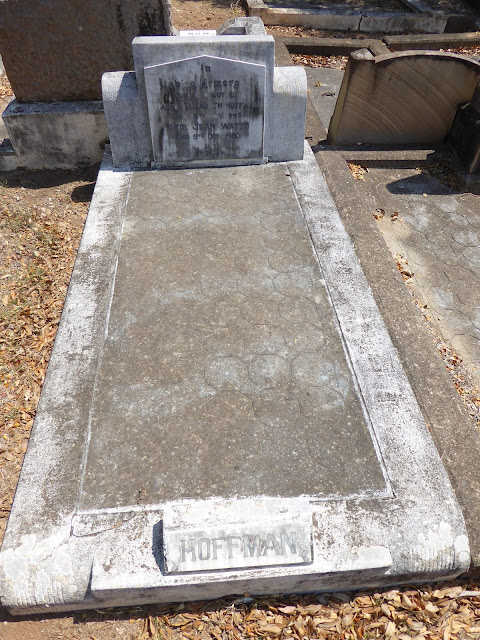 I never thought I visit both of my grandmother's graves in successive days. The grave is in Lutwych Cemetery and I usually visit it if I go to Brisbane. Over the years, the metal lettering has started to fall from the grave stone, so I brought along a tube of superglue and we glued any letters we found back into place.

Meantime, Brisbane was extremely hot with a temperature of 100 degrees or 37 Celsius. This is in September! If you are in Europe or the US, this is the equivalent of March. Fortunately it was much cooler in Urangan with a stiff on-shore breeze. 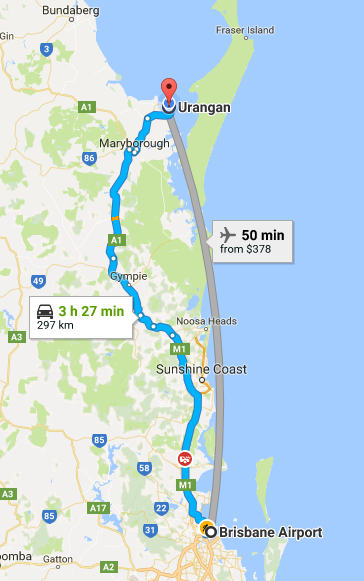 We then drove the 200 miles up to our Airbnb in Urangan which was quite peaceful. Most of the cars drive at the exact speed limit in Australia. Police use hidden radar cameras and fines are steep. 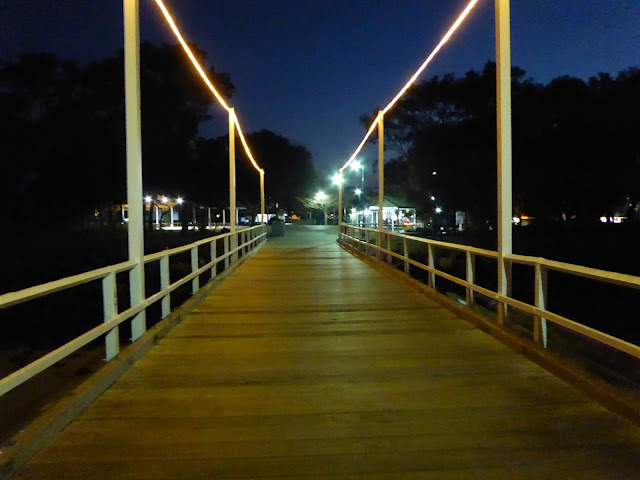 For a simple dinner, we decide to get some fish and chips so I drove to the shop near the jetty and ordered a $20 package for two. While the f&c were being cooked, I walked over to the nearby jetty which now has some lighting in the first few yards. 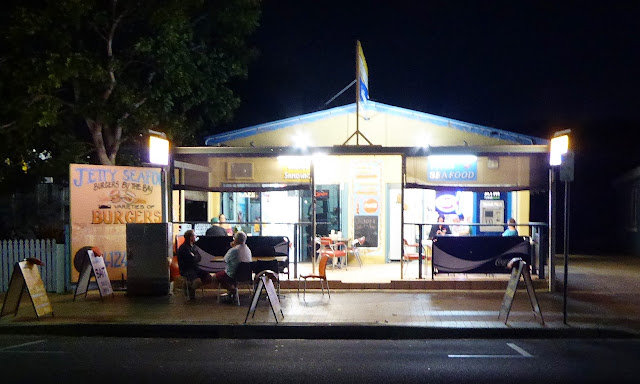 Back to the shop where I have been going for years, Each time there seem to be new owners. 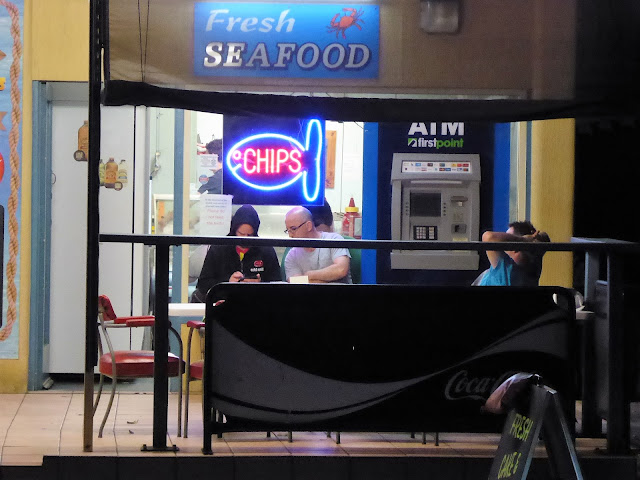 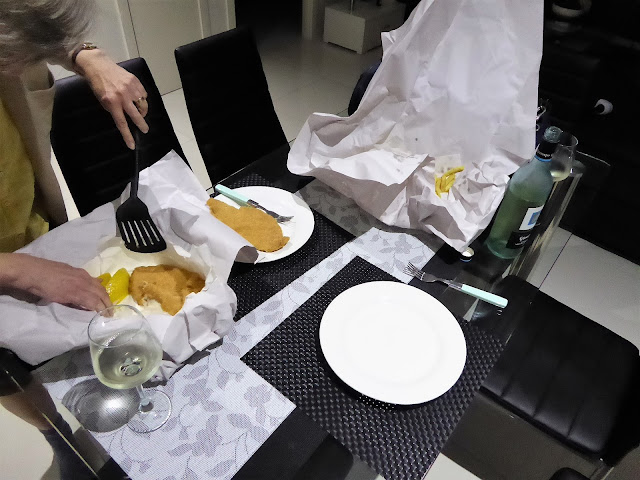 Two large crumbed sweet-lip that were pretty good as well as the usual somewhat soggy chips. I despair that your typical Aussie fish and chip shop will ever produce good crisp chips like they used to when I was young.