As you may know I grew up in Maryborough which is 22 miles away from Hervey Bay. In the roughly 50 years since I lived there, the town has suffered a decline as many of the biggest industries closed down. However the town has worked hard to bring tourists to the town and the annual Technology Challenge is a particularly successful event. 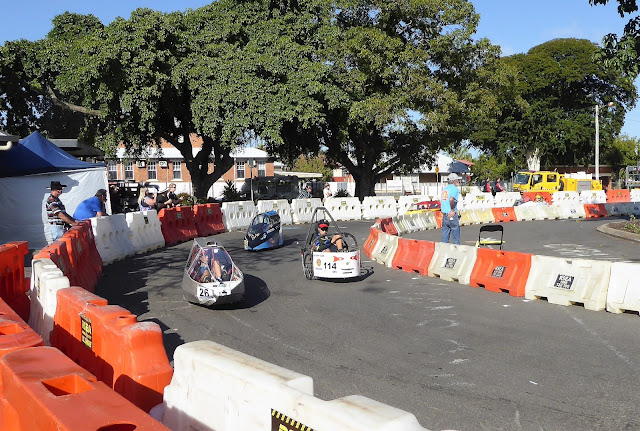 The event is a 24 hour race for human powered vehicles designed, built and driven by high school students. There were approximately 150 entries from over forty high schools all over the state of Queensland. 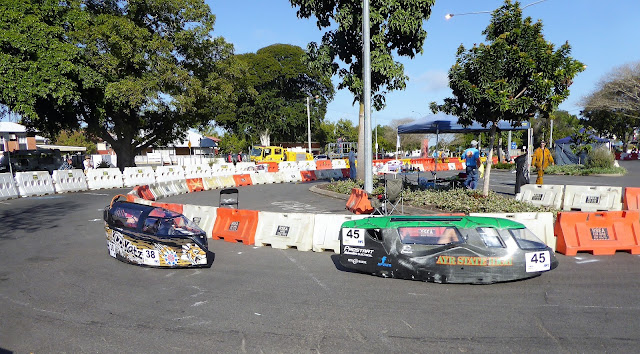 This is the particularly sharp bend that really tests the drivers. Most of the vehicles are aerodynamically designed. 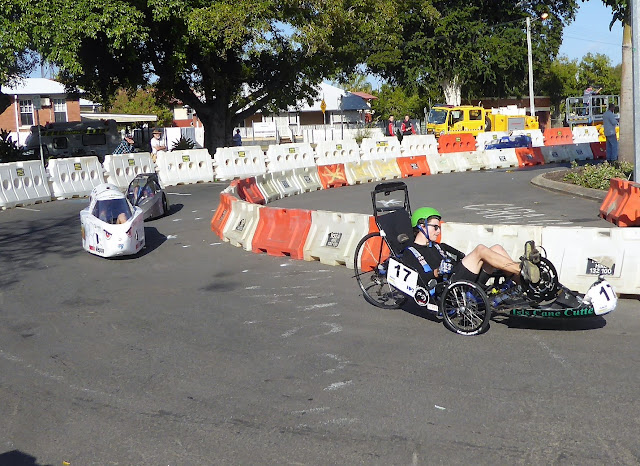 Some trade weight for aerodynamics. I suspect that during the daylight hours, the open design is more pleasant, but a September night can still be chilly. 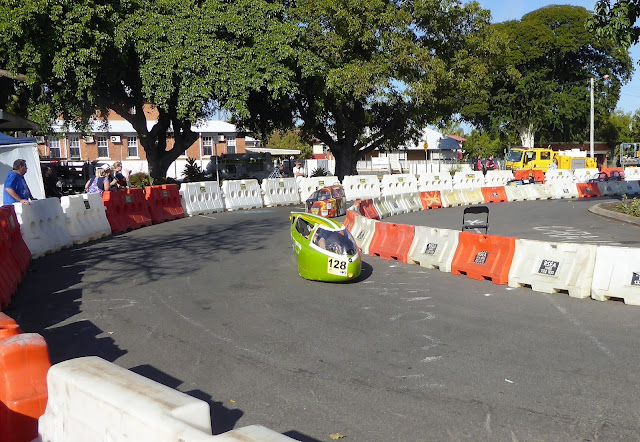 A couple of videos. The noise appears to be warnings that somebody wants to overtake. 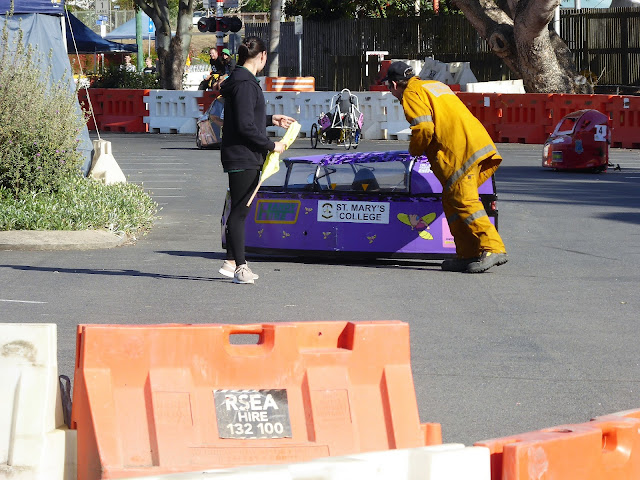 Every few minutes, a driver misjudges the turn and bangs into the wall. They usually come to a halt and are removed from the track, checked out to see if they are ok and then allowed to proceed. 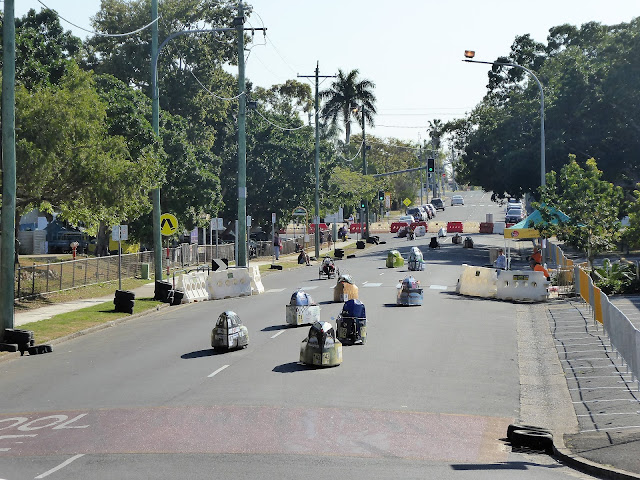 The straight and it's downhill along Kent St. 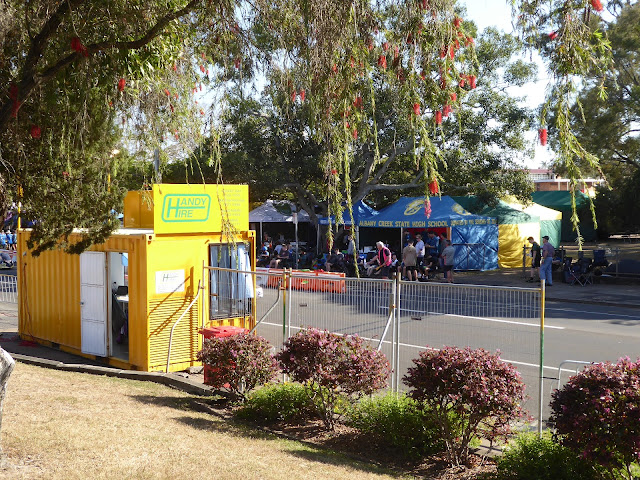 Pit area where teams change drivers and make repairs. Both boys and girls compete and some schools may have four or more entries. 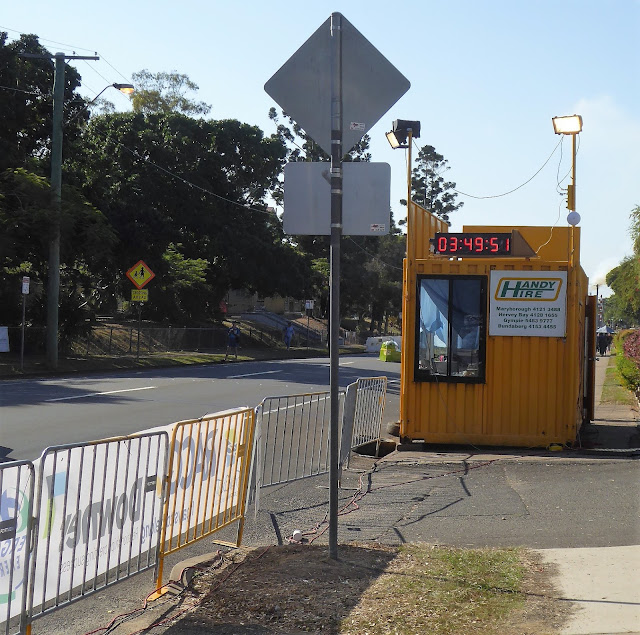 Three hours and fifty minutes left in the race, so they have completed twenty hours. No doubt many of the students are tired. Teams consist of 6 to 8 riders and the rules can be found here. It is an interesting read. 2018 is the 17th year of the Challenge. 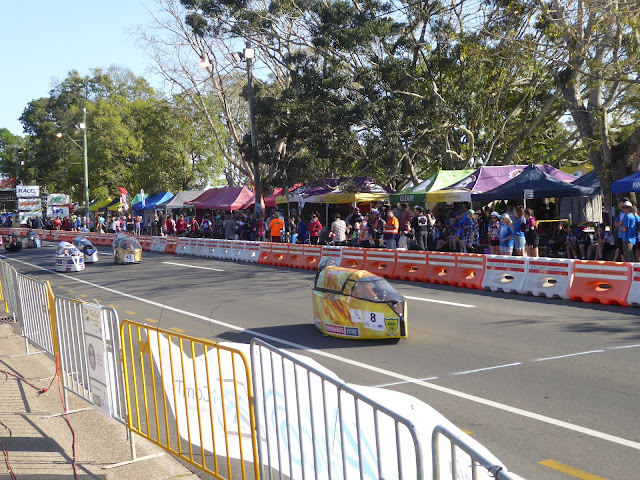 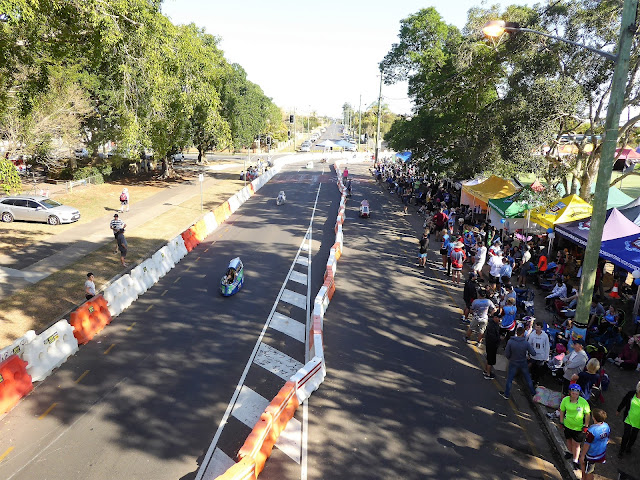 Pit area on the right. 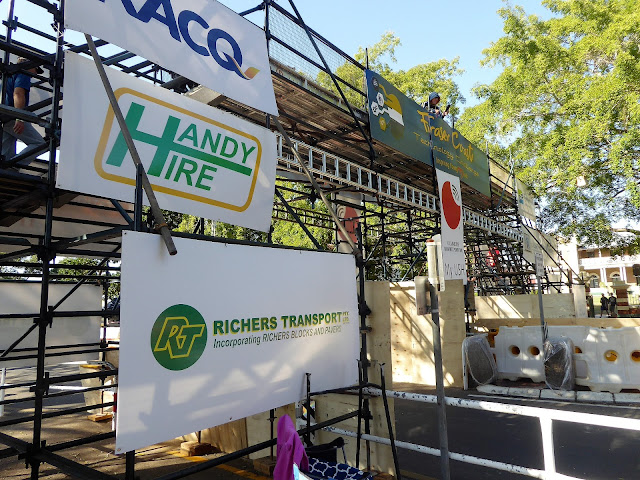 A scaffold bridge that crosses the track. 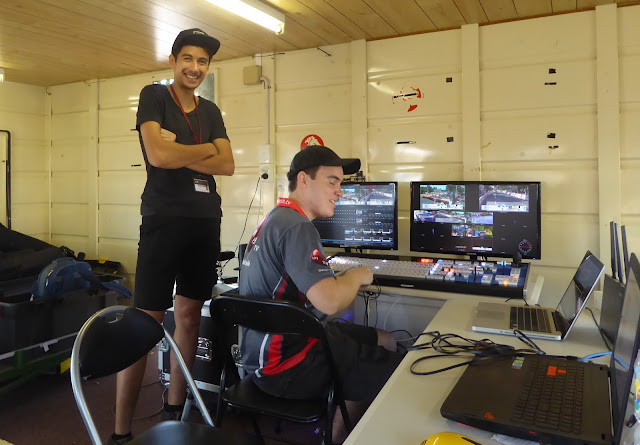 A live feed of the race was available on Facebook. I talked to the young man on the left for a while. He had not been a competitor when he was in school a few years ago but he enjoyed being part of the broadcast booth team. 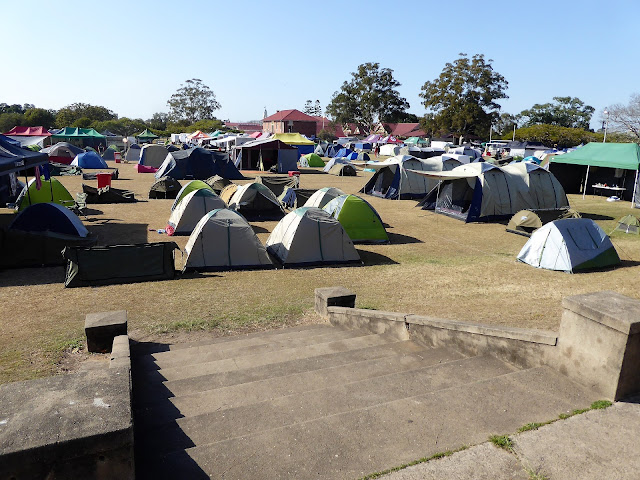 The Kings Oval in front of the old Boy's High School is covered in tents. Some of the students come from a 1000 miles away to compete. The schools also organize food tents for the students. 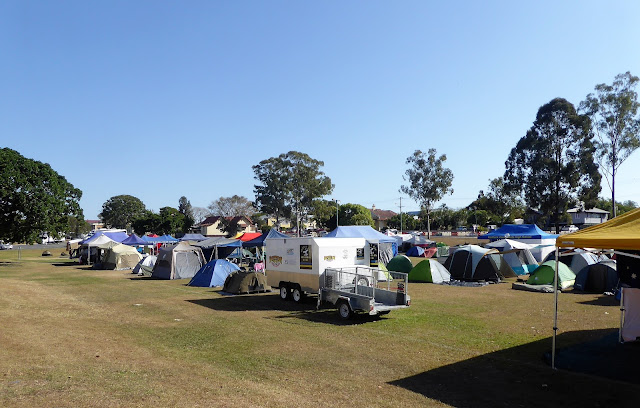 More tents on the Central State School sports field. The race course is on the streets that surround the three schools that I attended. Central infants (1-2), Central State (3-6) and Maryborough Boys State High. 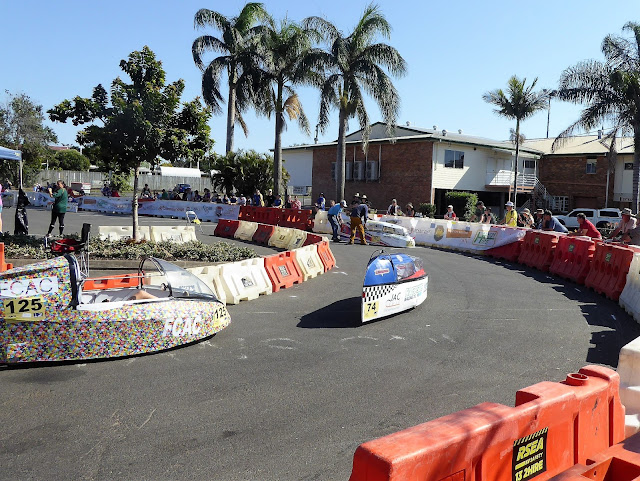 I walked back to the car and of course, another vehicle had crashed into the wall. 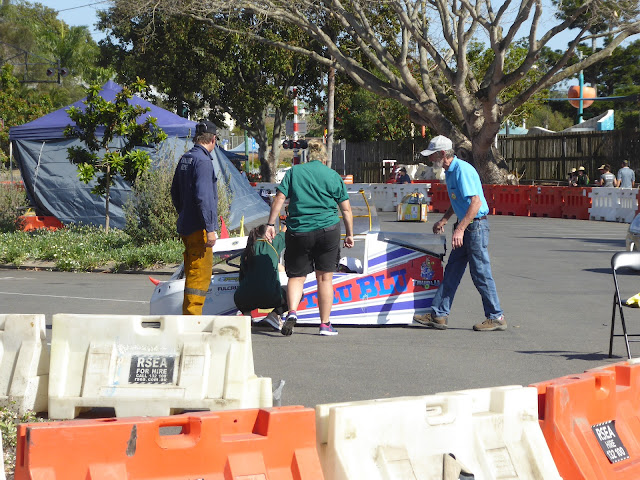 For the most part, I think Maryborough was better back in my time but I would have loved to have been part of an event like this. It must be a lot of fun.