In 2013 Marianne and I went whale watching during one of our trips to Urangan. Marianne wanted to go again and so when Robin flew up from Sydney for a weekend visit, they set off. 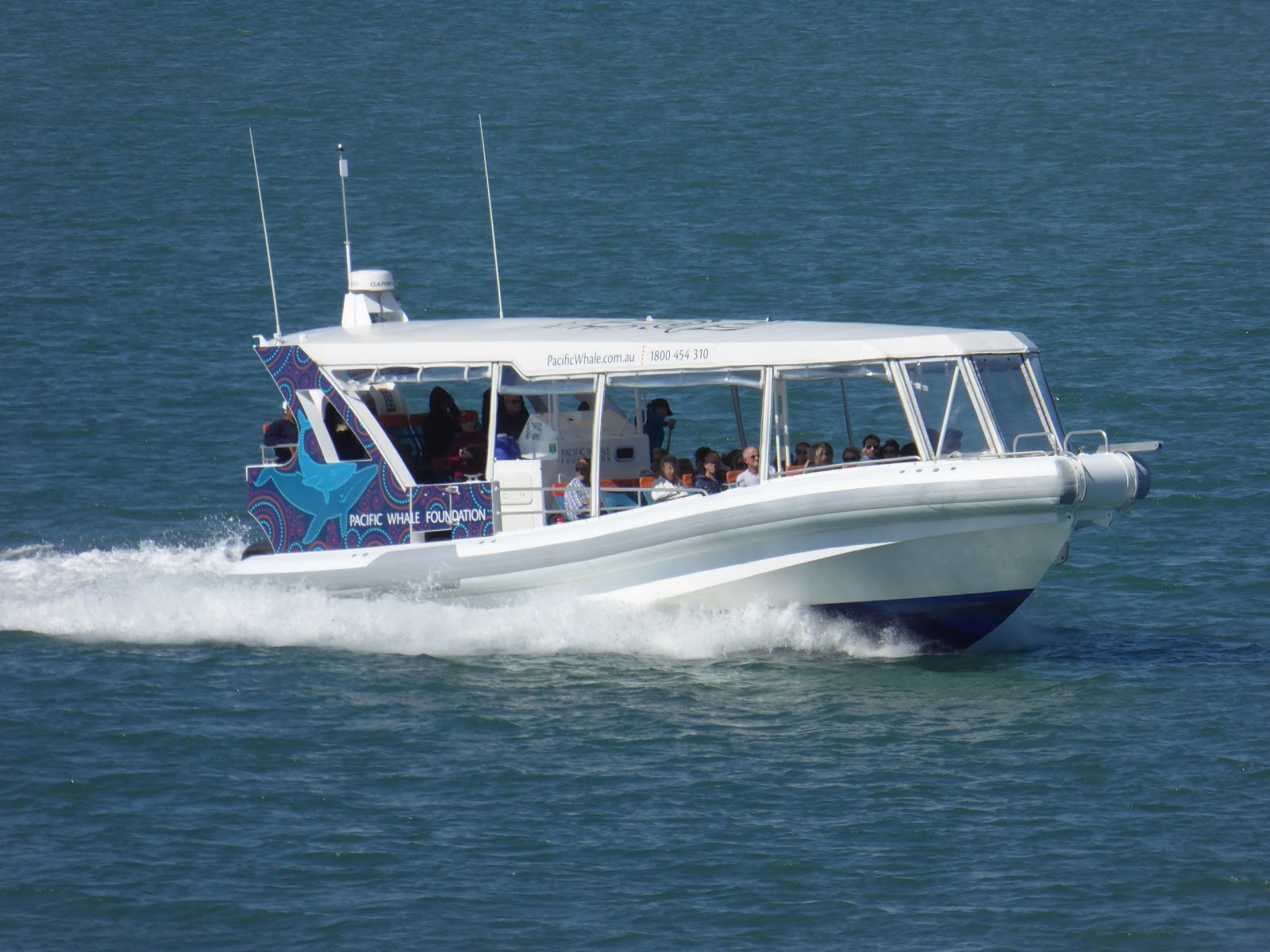 Instead of going on the large catamaran we used last time they went with on a much smaller boat used by the Pacific Whale Foundation. 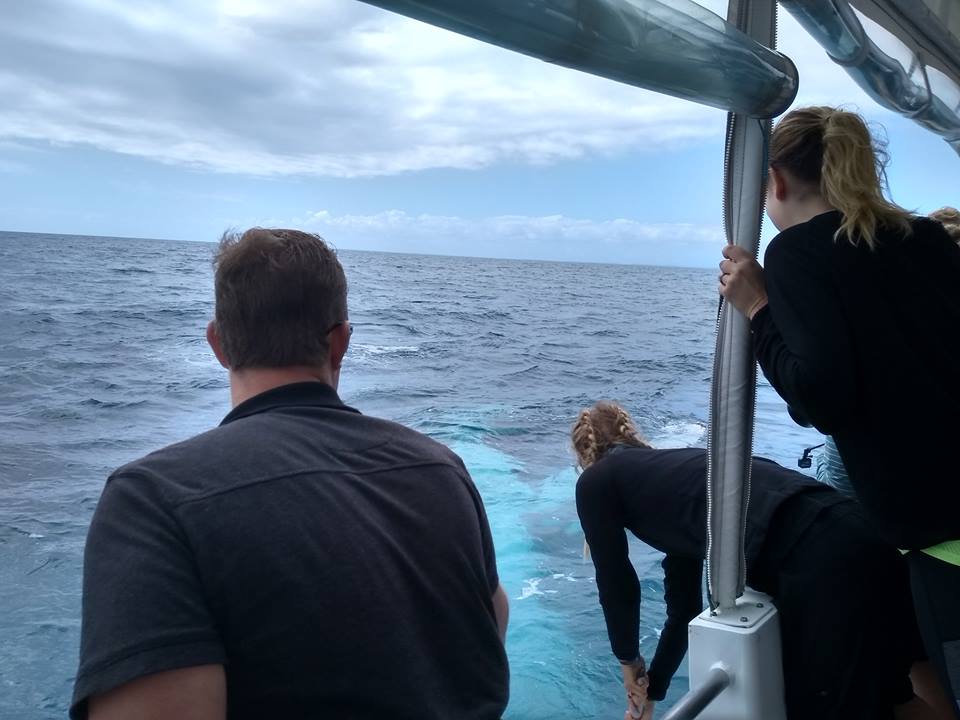 The following photos were taken by Marianne and Robin. Here you can see the belly of a whale right beside the boat. 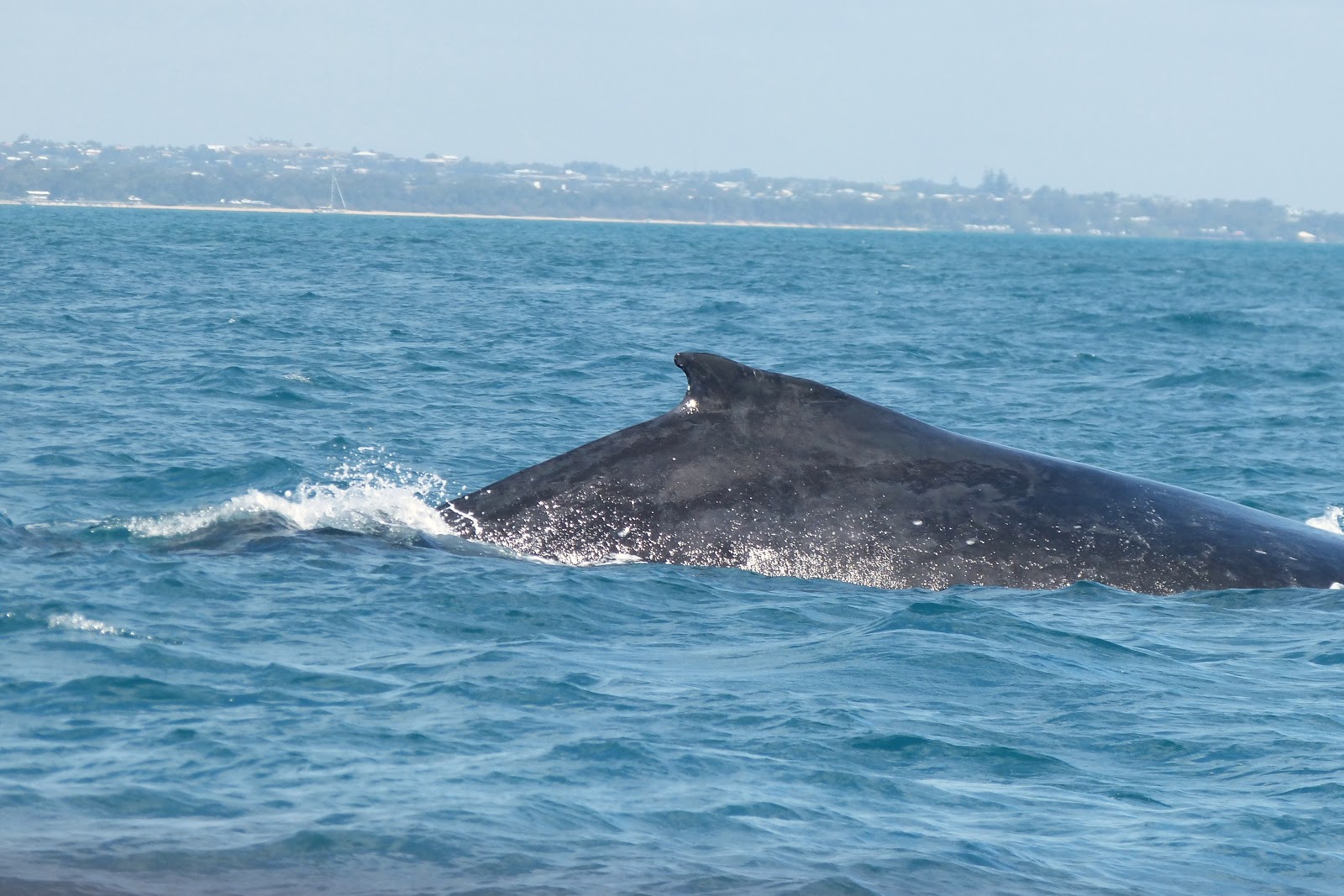 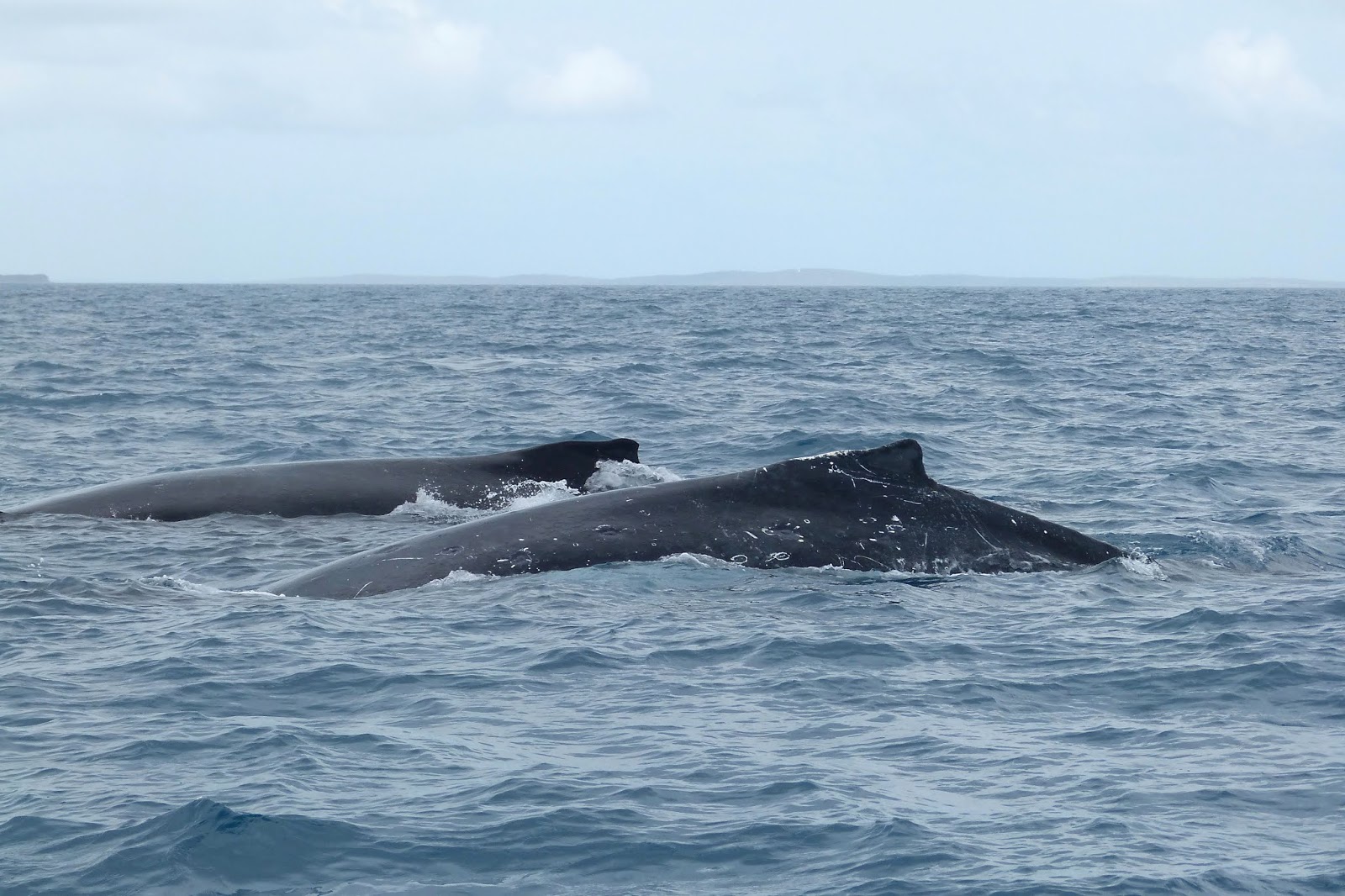 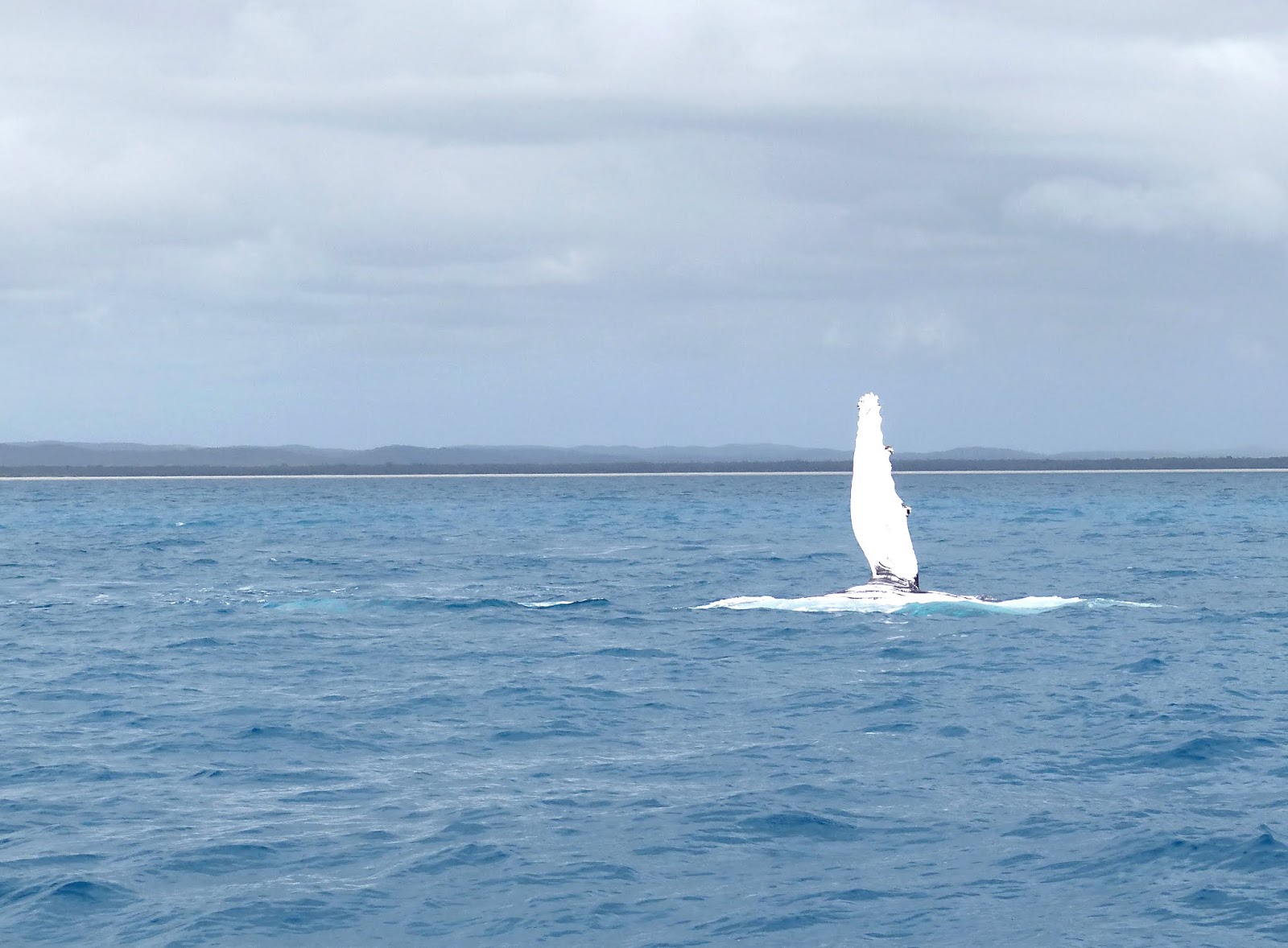 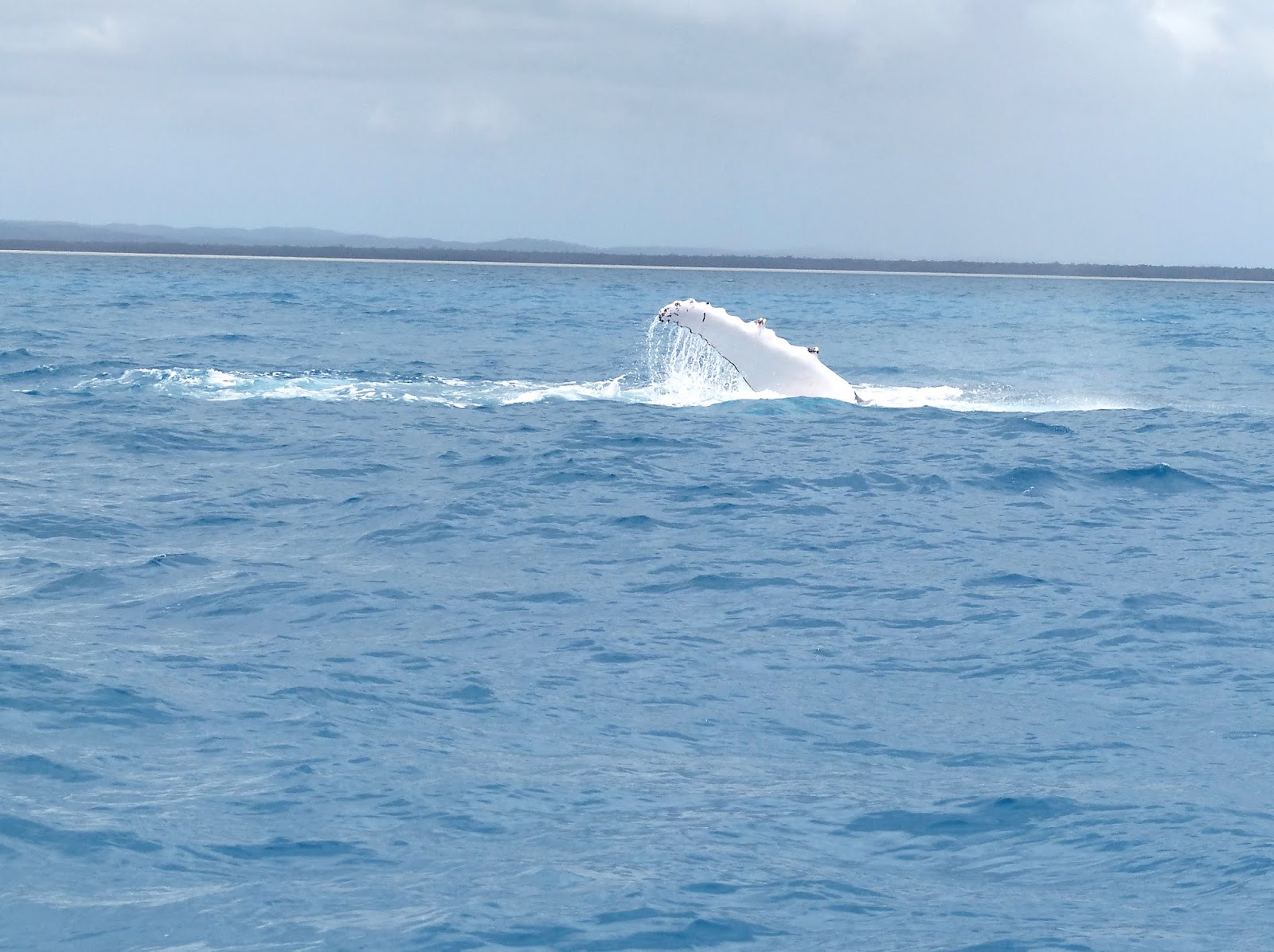 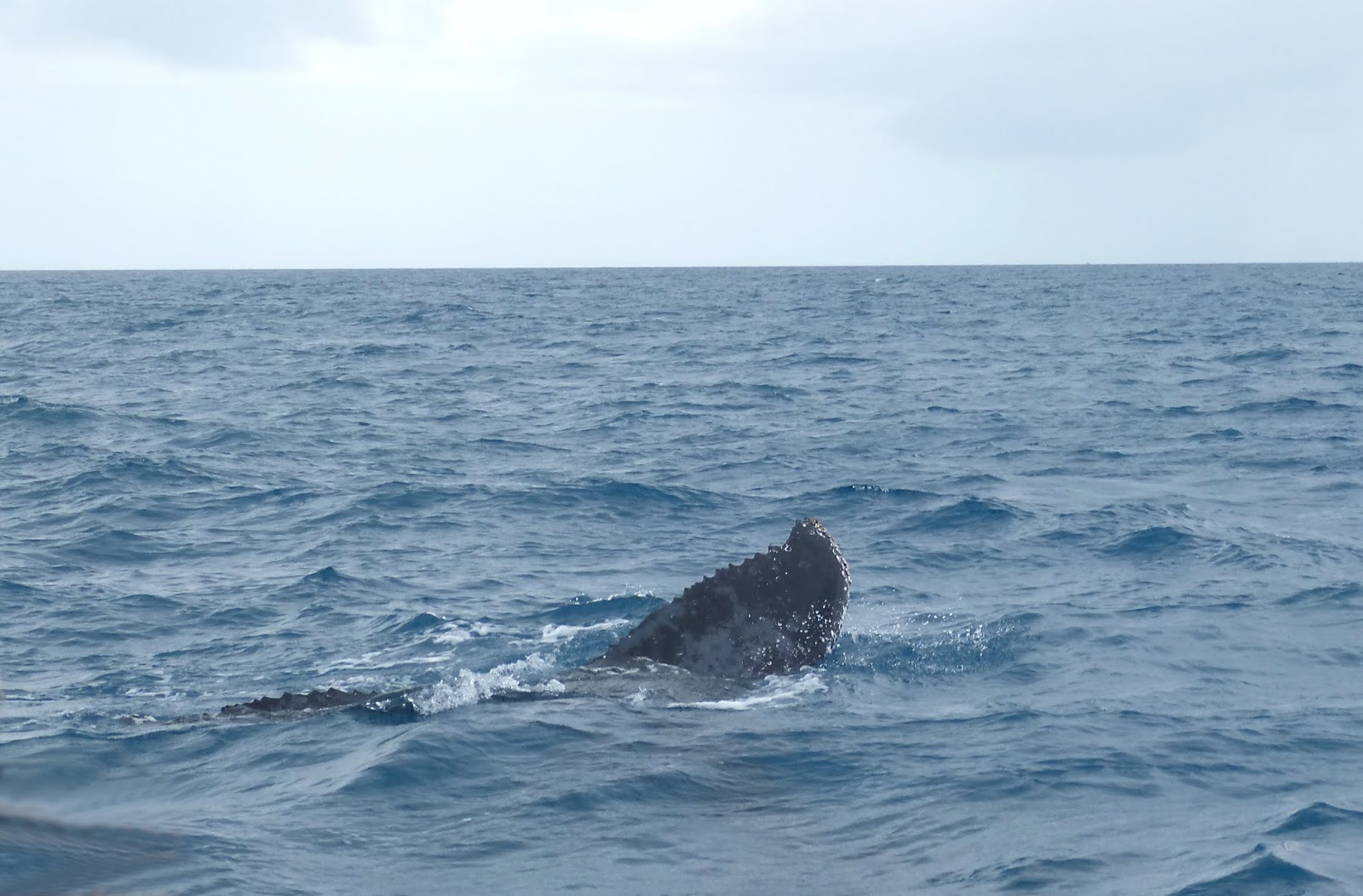 Only a few feet away from the side of the boat. At times they wondered if a whale would end up in the boat. Actually the mother whales are larger and heavier than the boat. 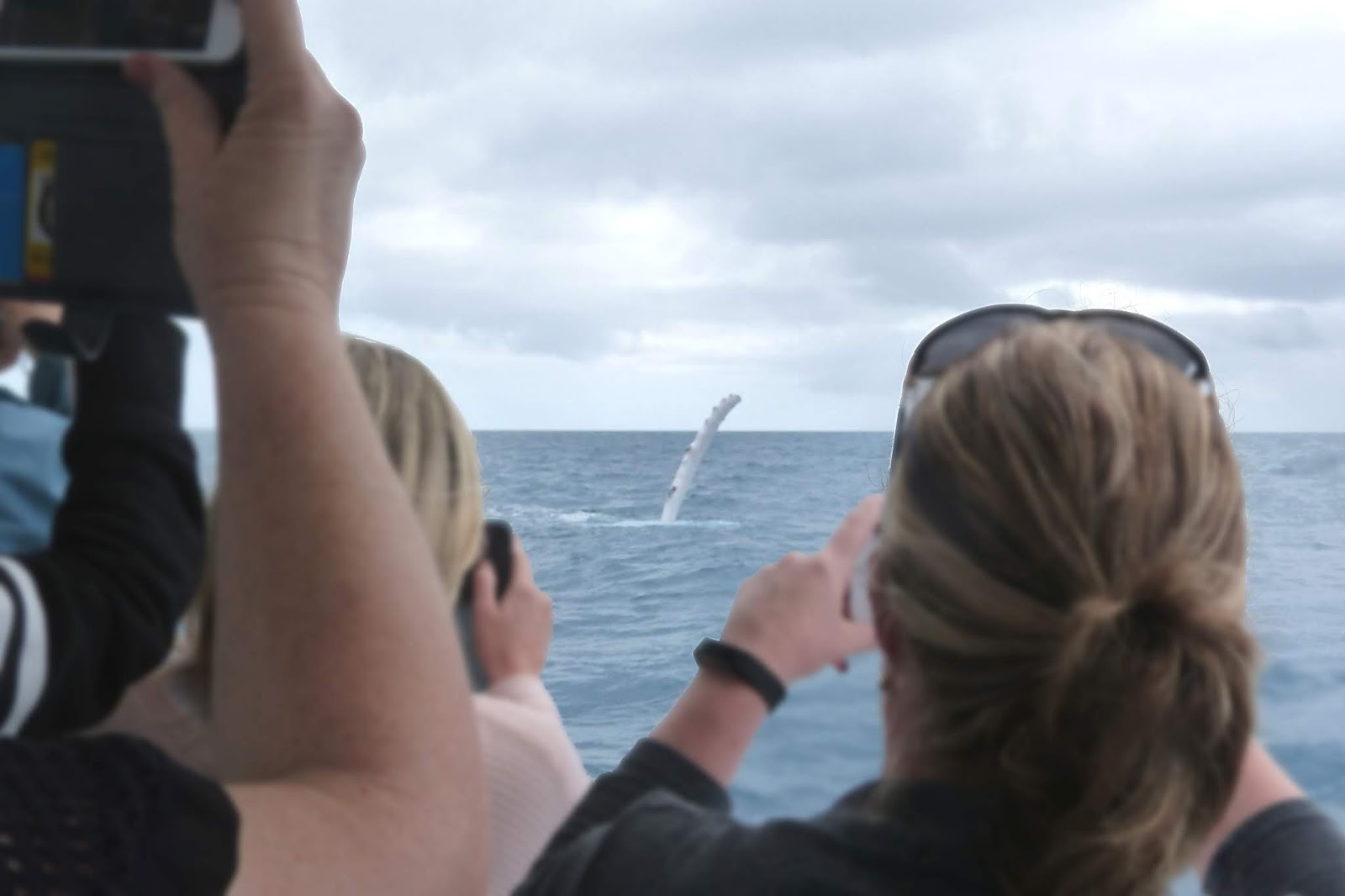 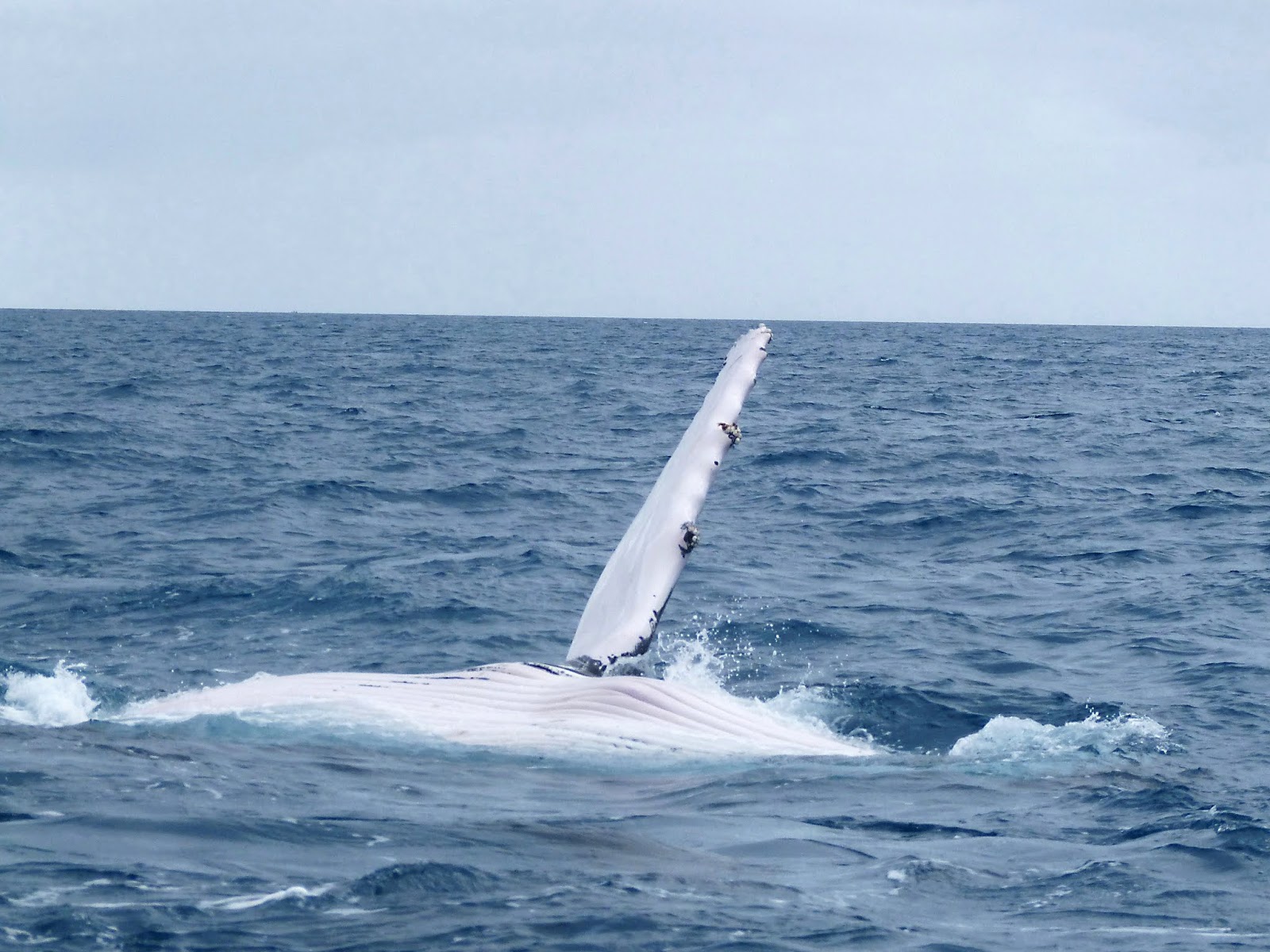 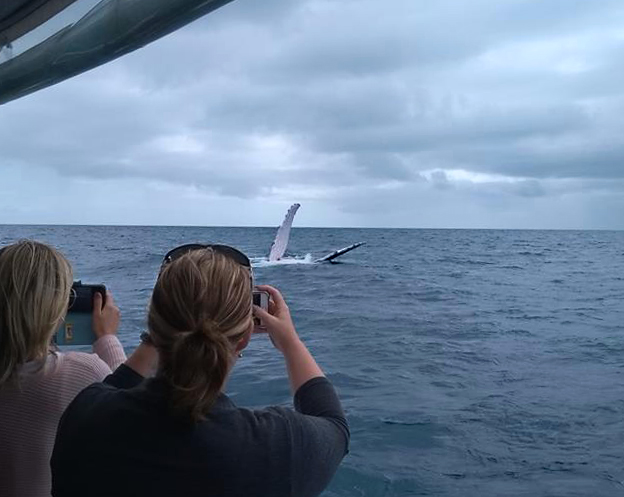 The hard part of taking photos of whales is to use a camera that can take a photo quickly since the action is over within a second. Don't bother with zooming or composing. Don't try to use a cell phone. Just take the photo and crop later.

The easy part is to shove the other passengers to one side and get next to the railing. 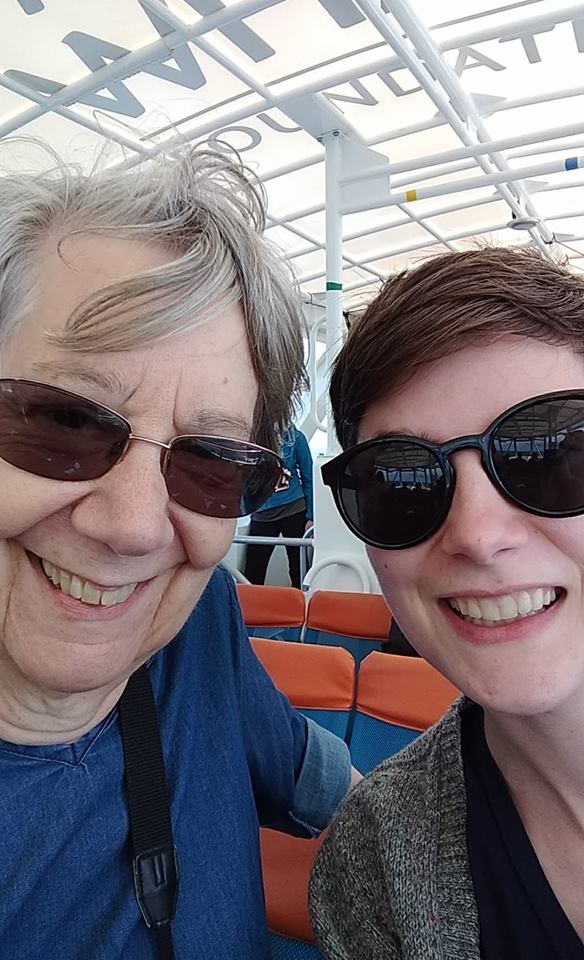 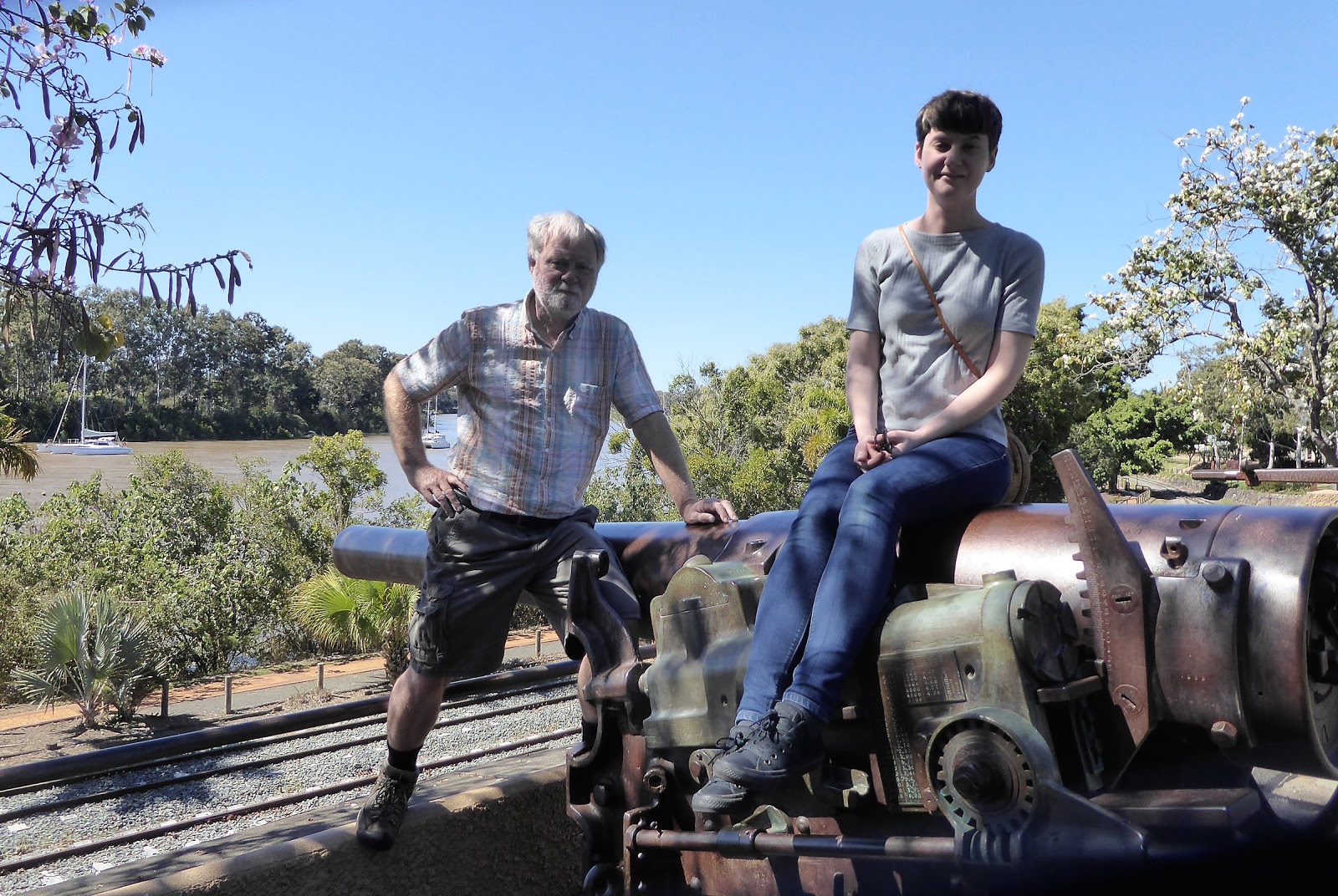 The next day we went to my hometown of Maryborough and Marianne took the traditional photo of Robin on the cannon.

While M and R were off watching their whales, I had a couple of beers with an old classmate from long ago. He is a member of the local pipe band and you can see him in the middle at the back wacking on a snare drum. 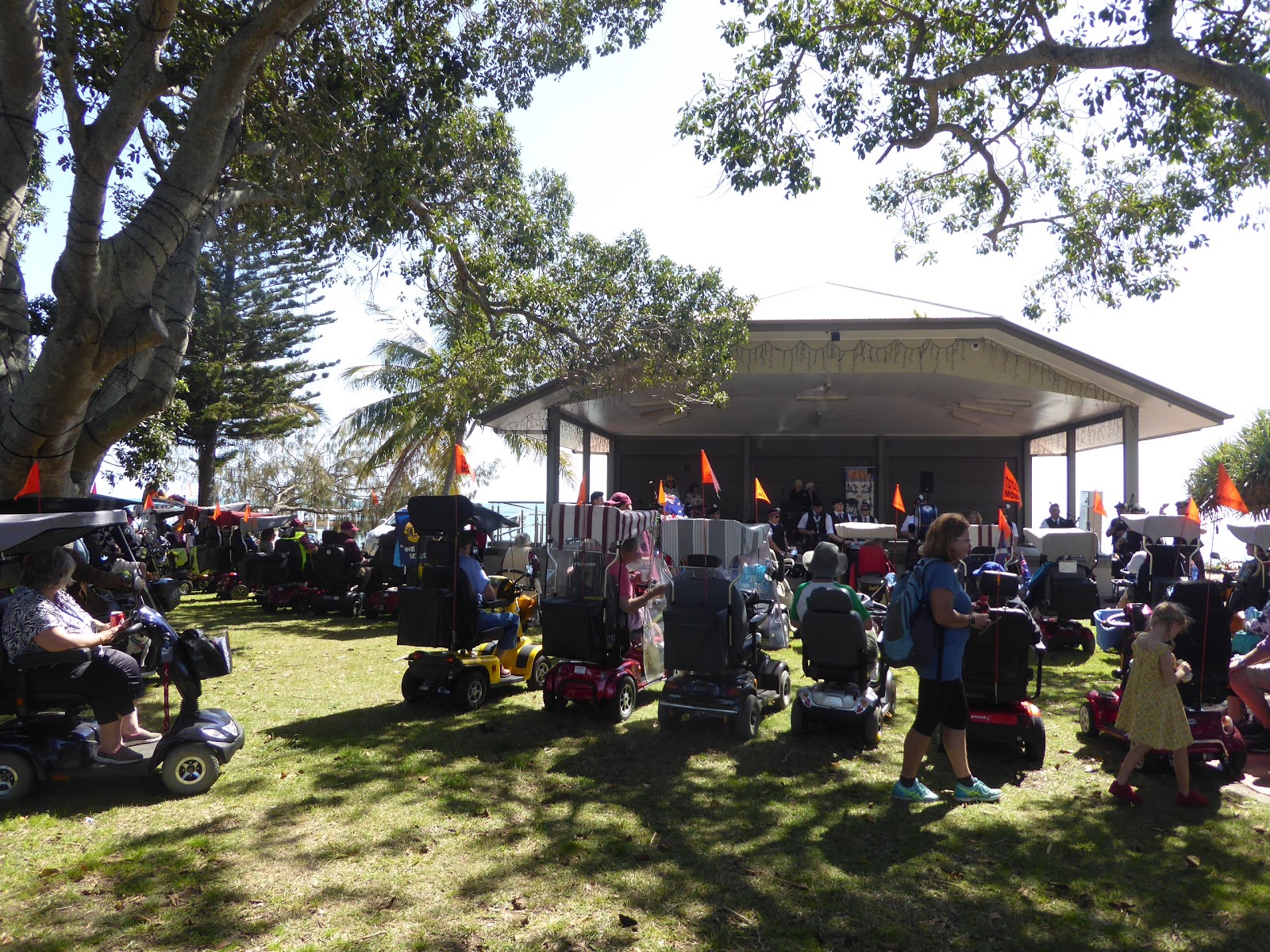 The concert was for the senior citizens who use mobility scooters. The main business in Hervey Bay appears to be retirement and we are now planning to join their numbers, but hopefully not on a scooter. It will take a year or two to do the move but after staying here for four weeks, we don't see too many negatives and a whole lot of positives.