I thought that the food photos were getting boring and nothing much was happening so I waited a couple of days before doing an update. 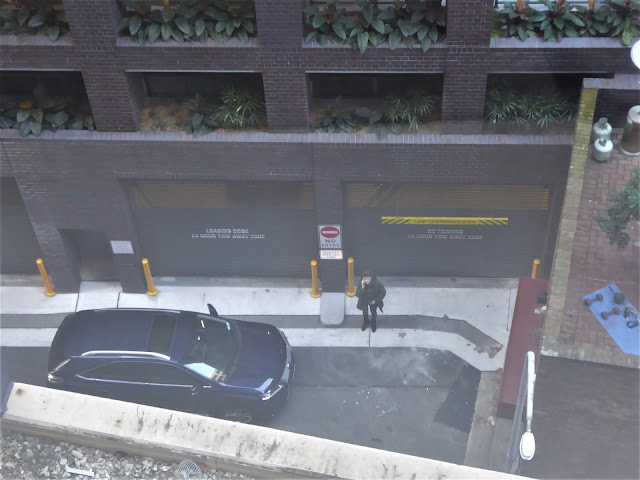 So first, the most important news. Robin brought us our second care package and then walked to the back of the hotel so that we could wave. 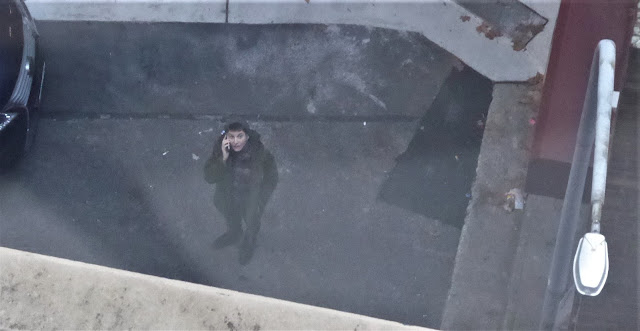 It was 52 degrees outside which is a lot colder than it sounds in downtown Sydney. She took a photo of us waving and when she sends it to us, I will add it to this blog entry.
Robin asked us what we needed for the care package and I forgot to mention that I would like a Saturday newspaper which would have a lot of good reading material. She included one in the care package since she knows my routine in Australia so well. For many years when I would fly to Australia, I would leave the US on a Thursday evening and arrive in Oz on a Saturday morning. I would buy a newspaper at the airport so that I would have some reading material on Sunday morning at 3 am when I woke up.
Speaking of waking up, it seems that quite a few quarantiners are having the same sleeping pattern problems. I reckon it is because we are not getting enough exercise. 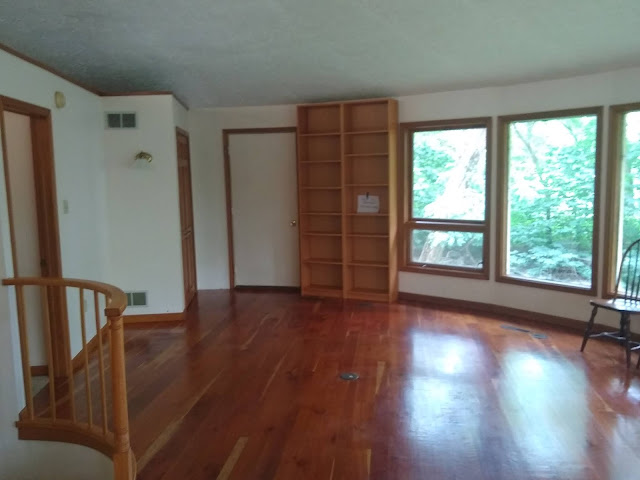 Next exciting event. The sale of our house is complete and the money has been deposited in our bank account.  Here is our empty dining / lounge room. Fortunately, the new owners wanted some of our furniture. We built this house 34 years ago and loved living there. Of course, we were very sad to leave but at the same time, excited about moving to Urangan. 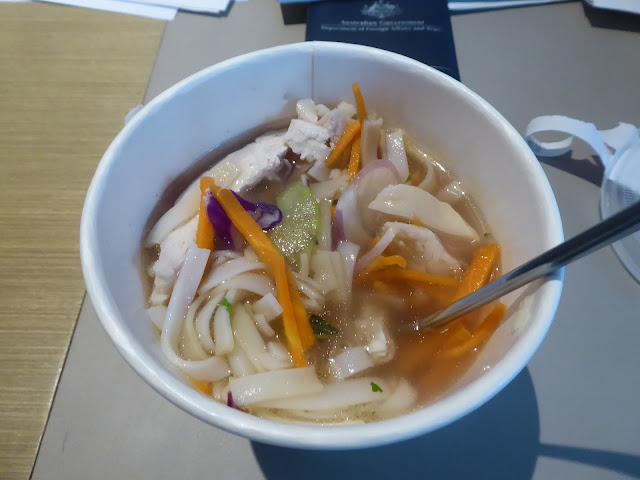 This was a lunchtime offering and I enjoyed it. Essentially it was a cup of soup but the ingredients were fresh and the vegies had crunch. The noodles were good too. 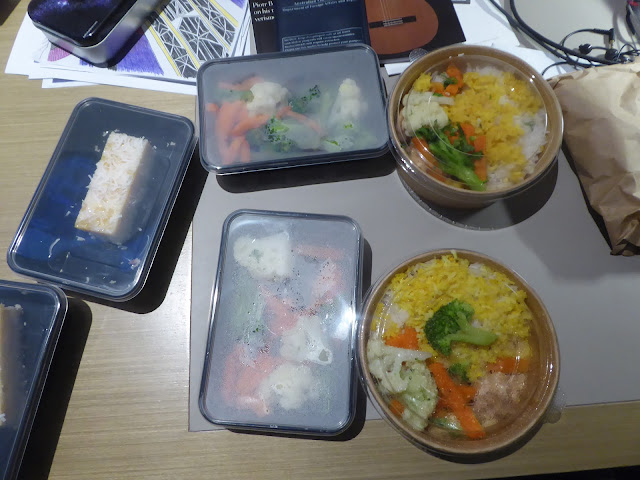 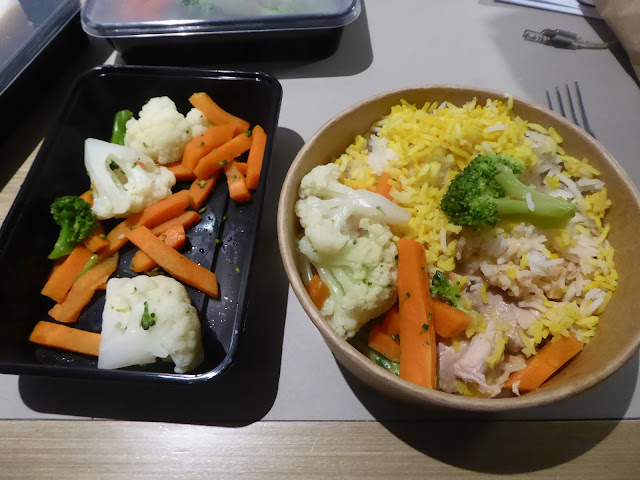 Dinner featuring chicken once again. I suspect most quarantiners won't want to eat chicken again for quite a while after release. 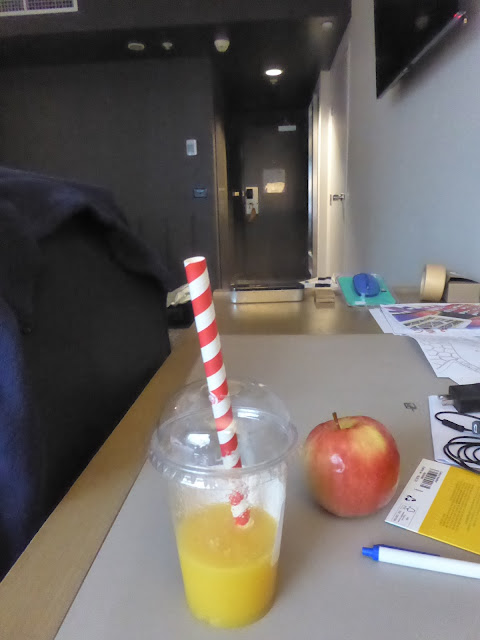 Just before lunch yesterday, the hotel came around with different varieties of smoothies. We both got a mango and orange version. Judging by the comments on the Facebook group that the hotel has set up, people are very pleased with the Park Royal at Darling Harbour's efforts. 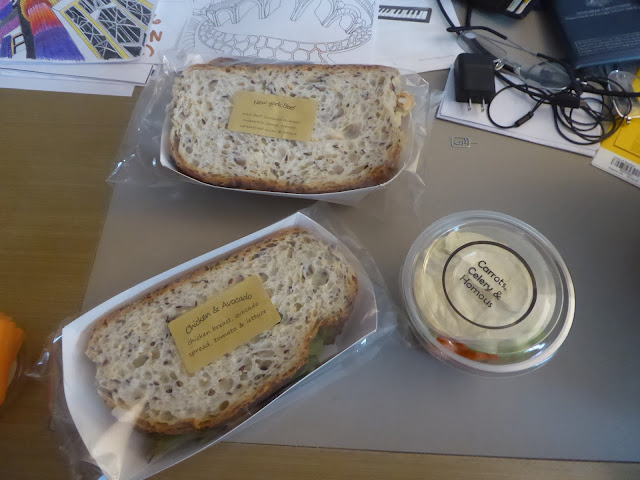 Lunch is easily the best meal of the day. The bread in this gigantic sandwich was really good. Some outside company provides all the food and apparently this company supplies other hotels as well. 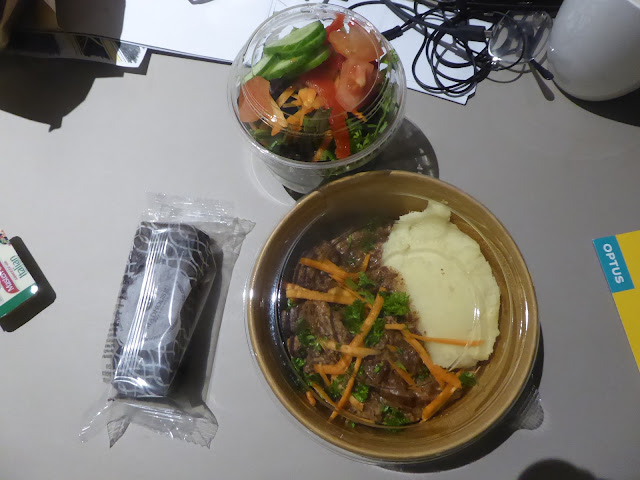 Dinner last night was ok with beef and mashed potato. If there were a microwave oven in the room it would have been a lot better. The breakfasts are starting to repeat now. We had the sausage, bacon, egg and baked beans again this morning. 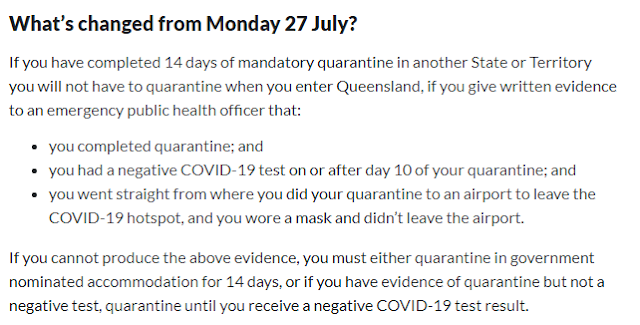 Because of the virus outbreak in Victoris and concern about small outbreaks in Sydney, the state of Queensland has closed its borders again to anybody who has been to Victoria or the Sydney area. Since we plan to fly to Brisbane in Queensland on release from quarantine, we were pleased to see the above which will hopefully allow us to leave the hotel, take a taxi to the airport and then fly to Brisbane. We are due to be released between 4 pm and 6 pm on Sunday, August 9.
And in other news, I have been filling out the application form for Medicare in Australia. It's all go here even though we are doing nothing.
Posted by Ray Perry at 10:26 AM