The next town east of Burlington is Oakville so we decided to drive the few miles along the road by the lake to check it out. 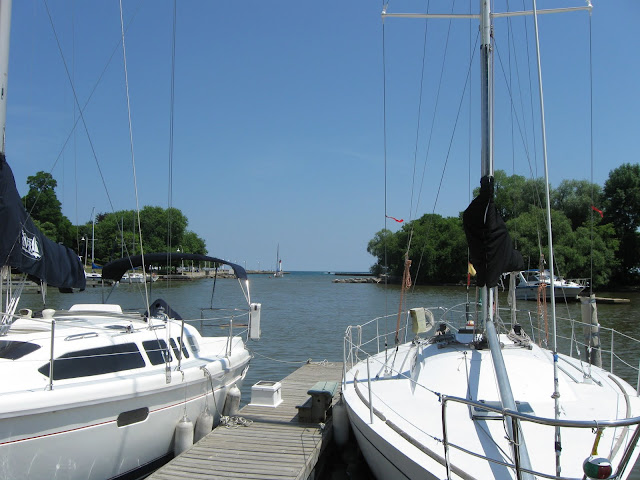 Oakville has a small harbour where a creek enters the lake. 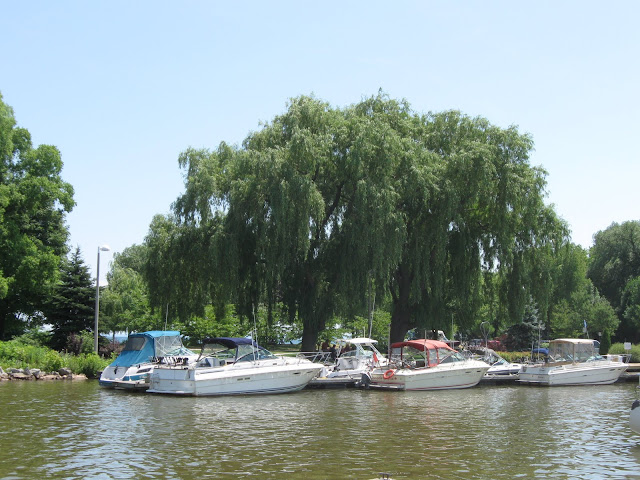 The town is apparently quite wealthy and there are a few marinas crowded with boats, some quite large. 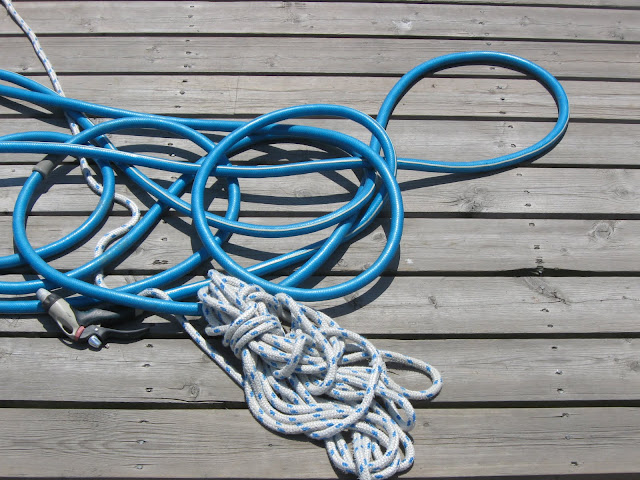 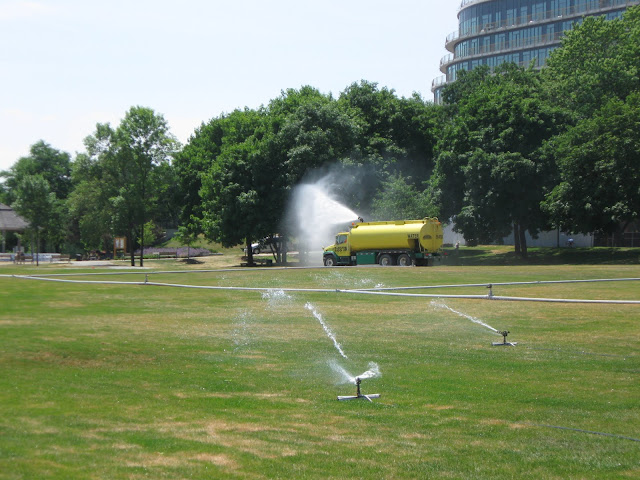 The park area near the harbour. They had laid some fresh sod and were watering it since it was turning brown. We have had very little rain since we arrived and there is no rain forecast for the next few days. 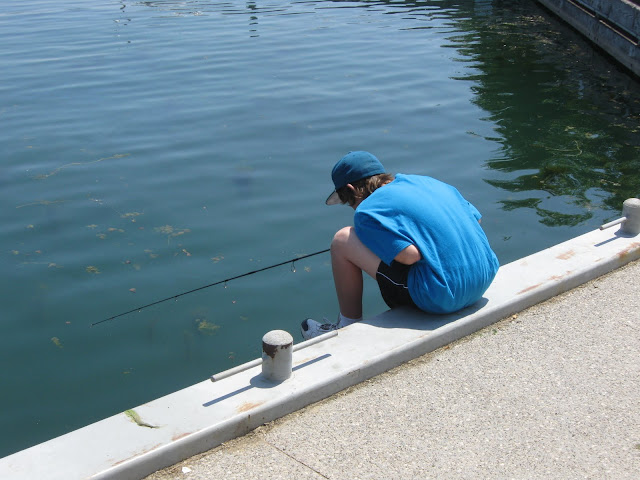 The water is fairly clear so he should be able to see any fish down there. 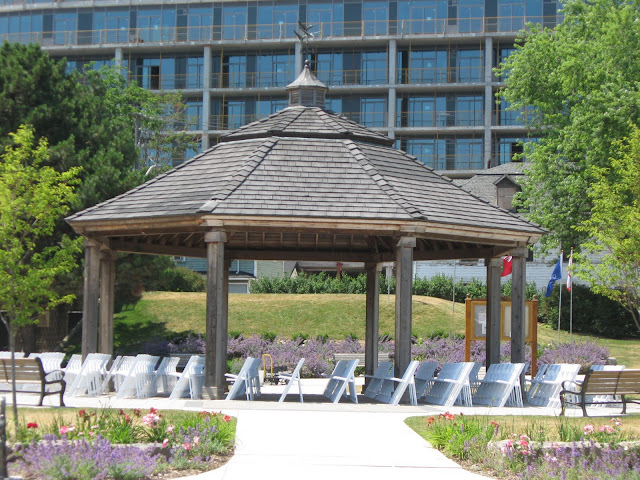 It looked like it was set up for a wedding. 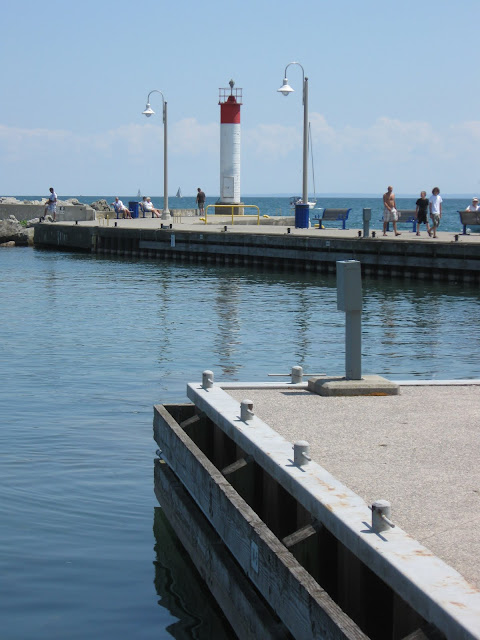 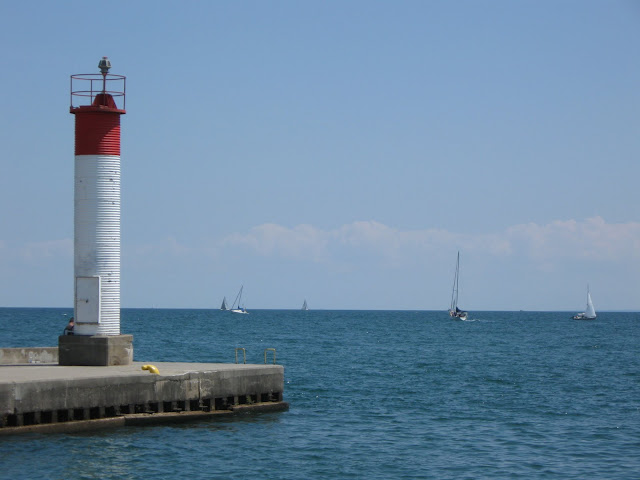 There were quite a few sailing boats out there and the breeze was not too strong but persistent. 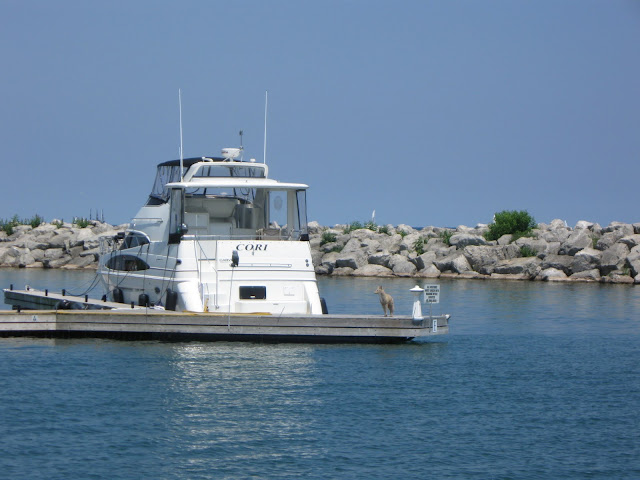 It took us a while to realize that the dog at the end of the pier was a statue. Click on the photo to enlarge it. 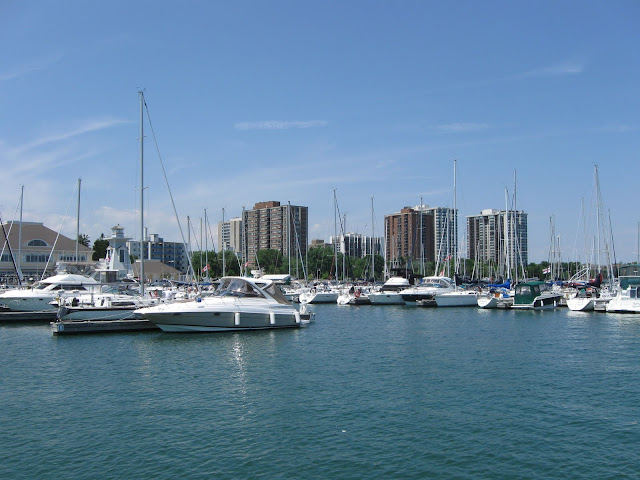 There are a few high rise in Oakville but not many.

I was quite amused by the parade of boats. The lead boat was acting as a tug pulling the sail boats out to the lake, presumably for sailing lessons. 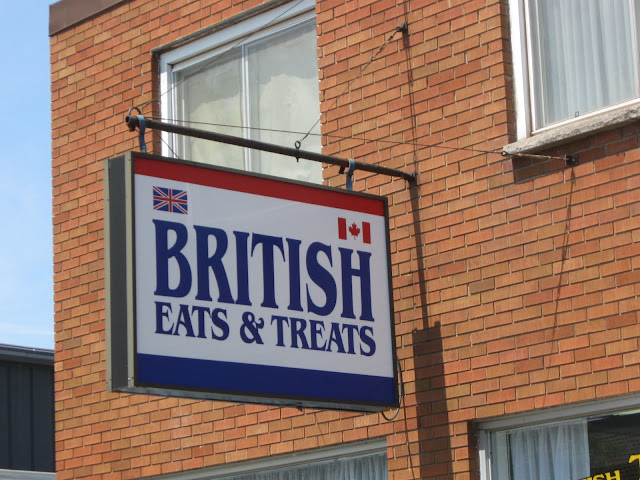 The British influence in Canada is still strong. There are numerous fish and chip shops and carts scattered all over the place. 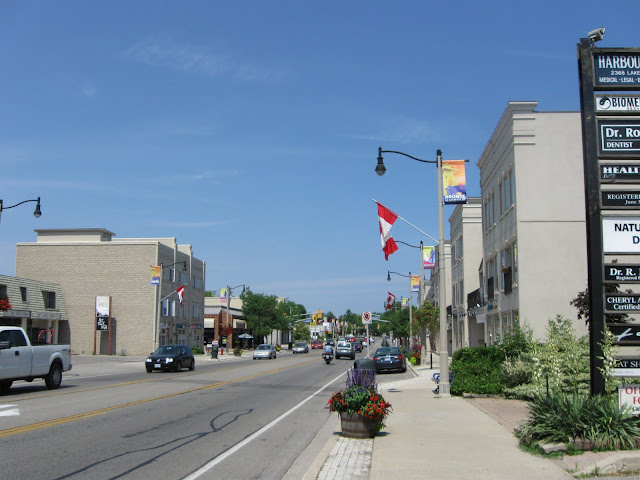 The main street of Oakville. Not much doing on a Saturday  afternoon. 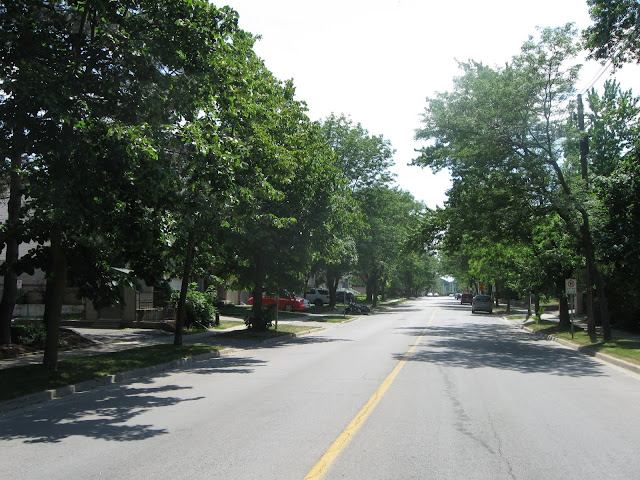 A quiet back street. There was a pleasant breeze off the lake and I suspect it is quite a pleasant life in this town. 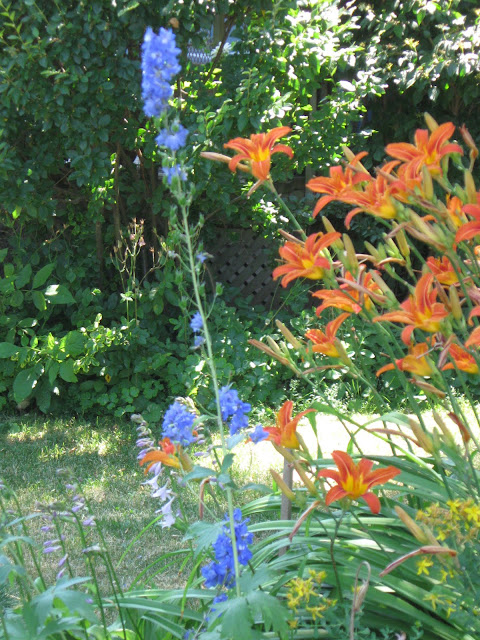 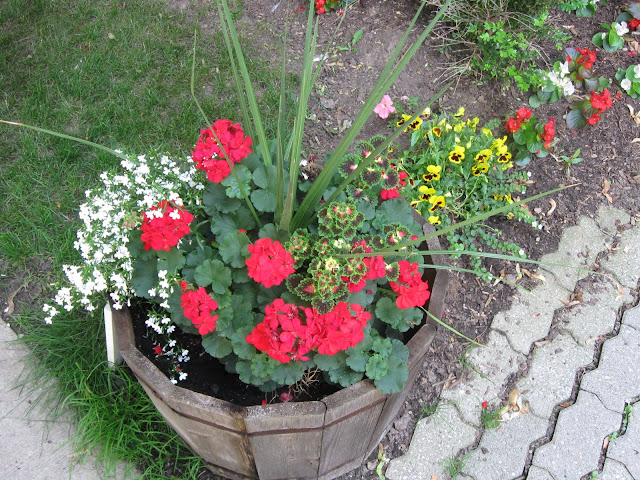 We were commenting on how well flowers seemed to grow in this part of Ontario. Marianne commented that another advantage was that the season was short. You can tell what sort of gardener she is.