We decided to take the Go Transit train into Toronto, a journey of about 45 minutes. A round trip from the Appleby station was $16. 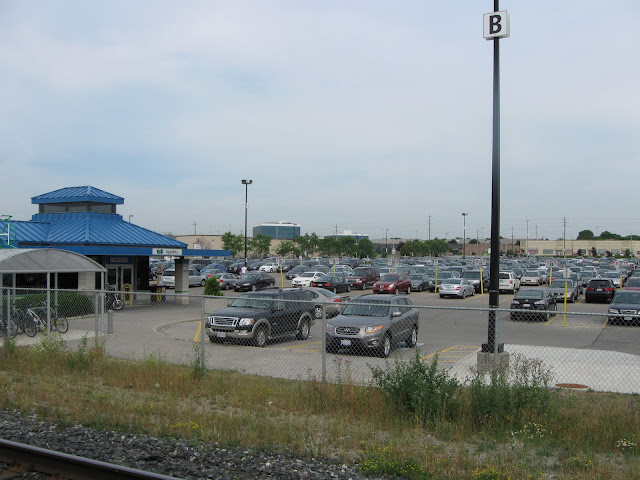 The car parks are quite large. This one was to the north of the track and a similar size car park was to the south. We got there about 9am and there was still plenty of room. All the stations appeared to have large car parks, which is very sensible. 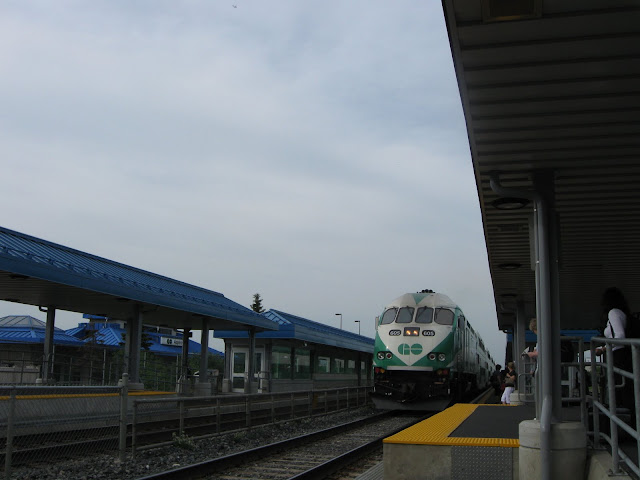 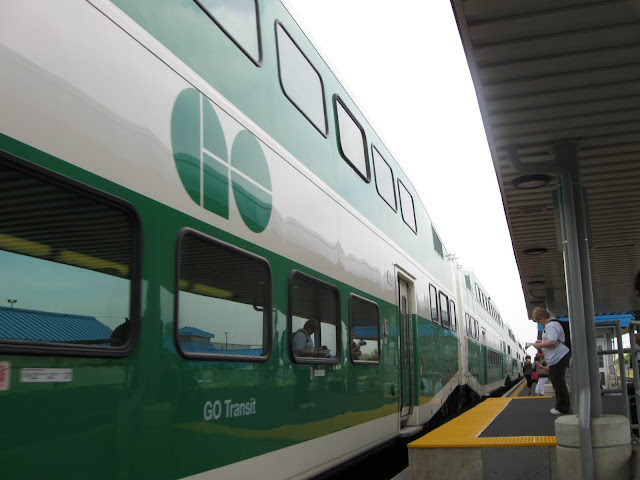 The carriages are double decker, similar to the Sydney carriages but these seem to be even bigger. They are certainly very roomy and comfortable inside. 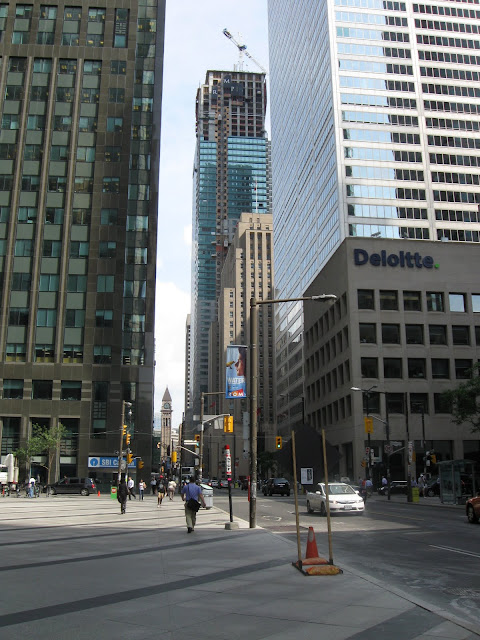 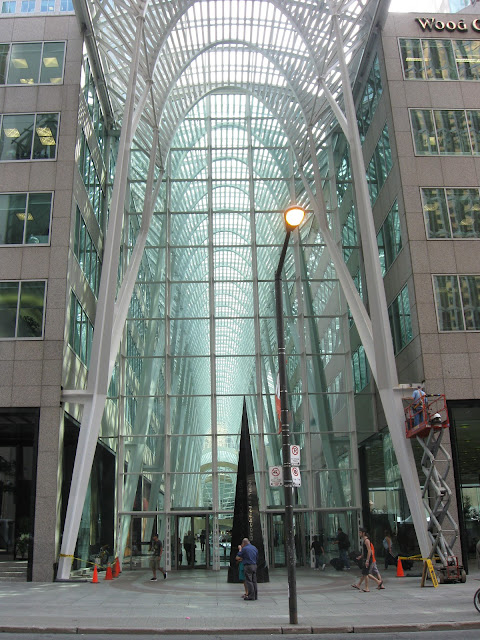 The coolest piece of architecture I saw all day in Toronto. 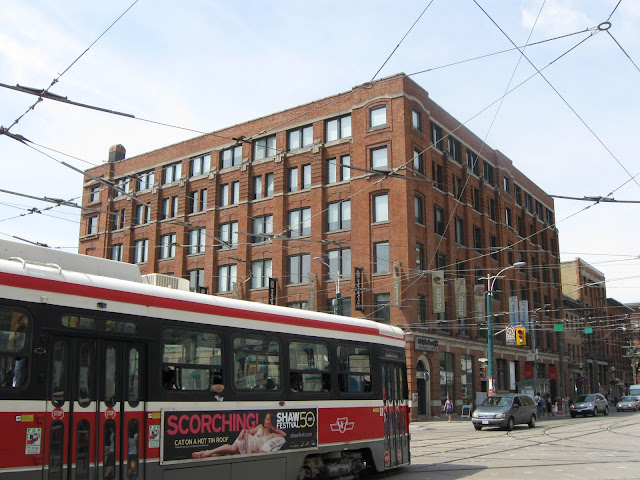 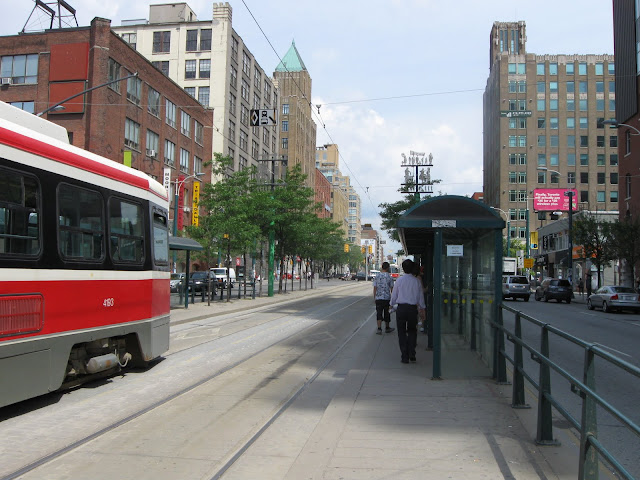 There is an excellent tram system which you can use all day for $10. Service was frequent and the drivers were very friendly and responded very helpfully to questions from passengers. 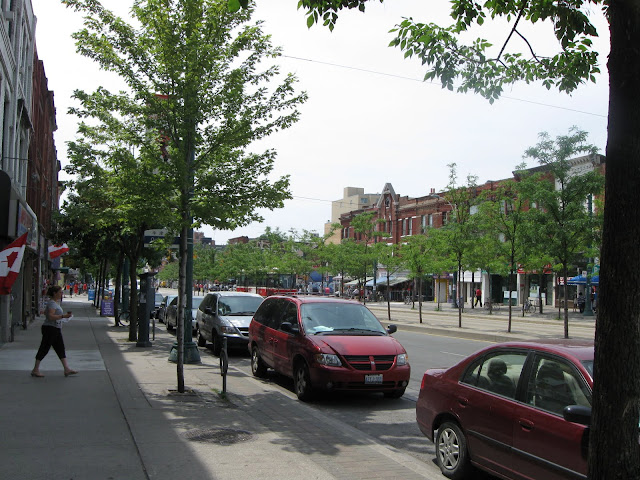 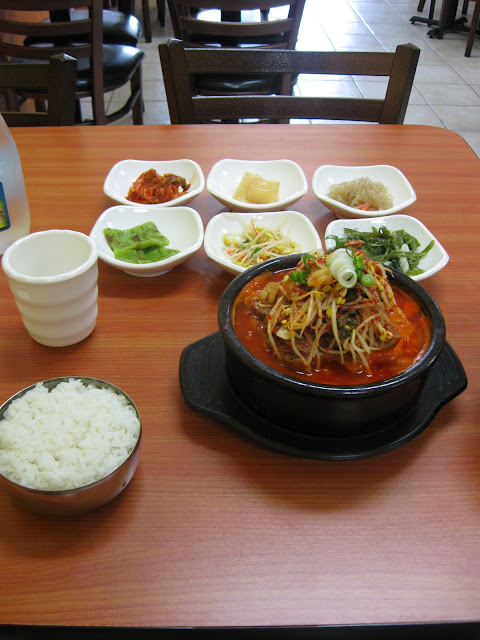 For lunch I went to a Korean restaurant in the China town area on Spadina Street. This was Kam Ja Tang, a bowl of hot spicy pork bone soup. It was very tasty but took me at least 30 minutes to eat it. $6.95. 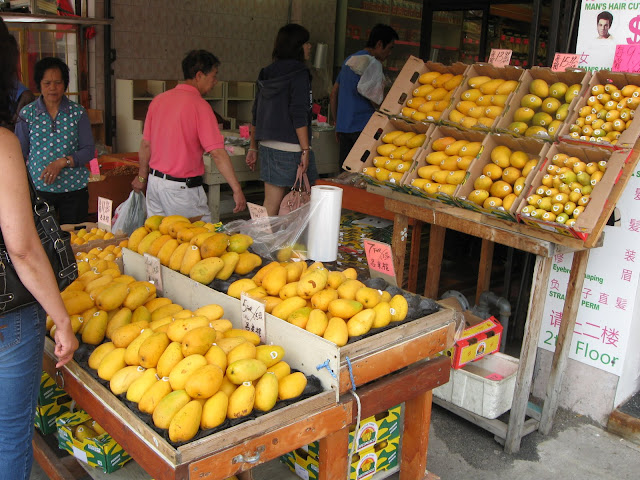 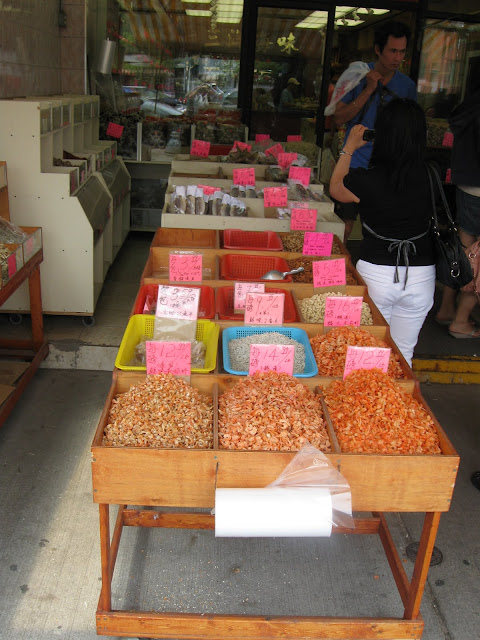 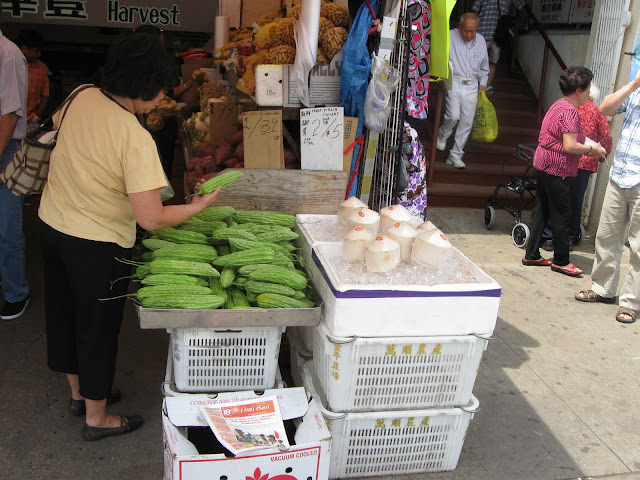 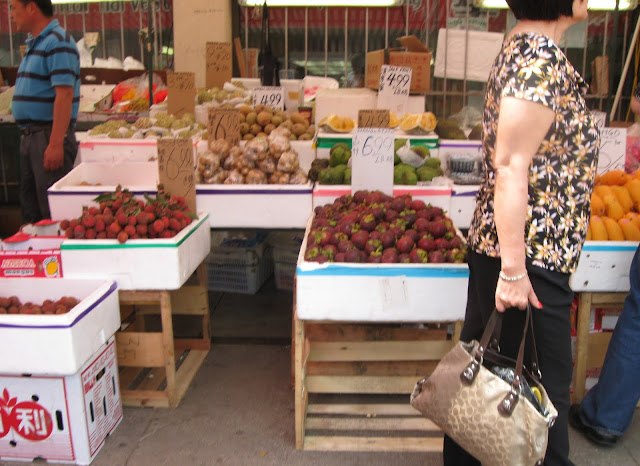 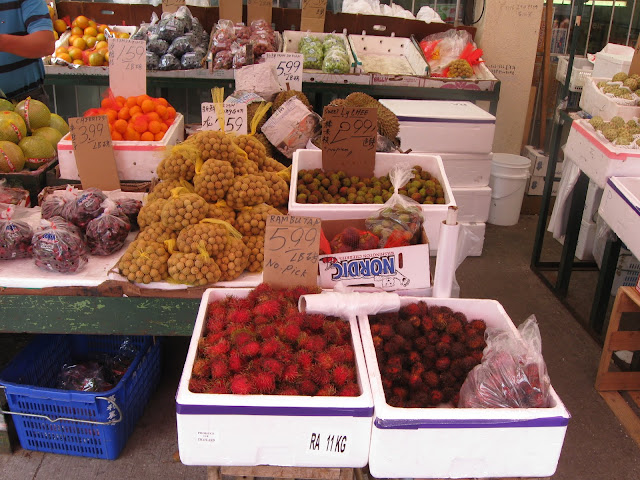 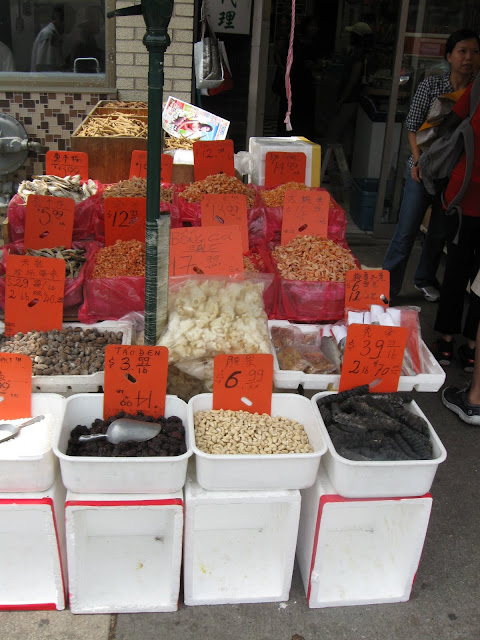 The China Town market was in full swing and mangoes seemed to be everywhere. 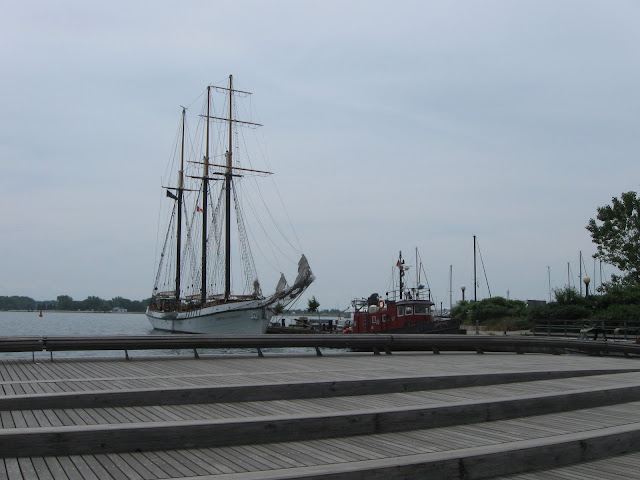 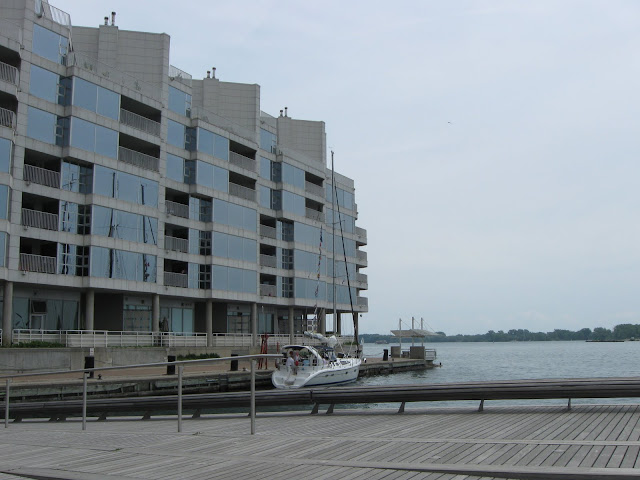 Down at the water front. It was a very humid day and the grey skies did not make the water look attractive at all. I was surprised to see islands out there in the lake. Apparently, Toronto has put a lot of effort into improving it's waterfront. 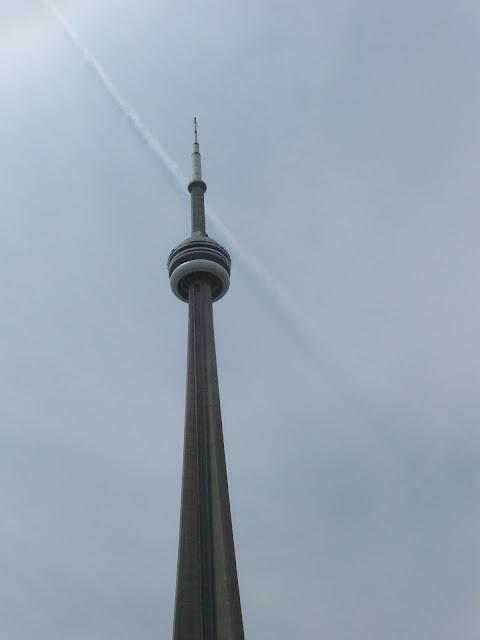 No I did not bother going up the tower. The view would have been very limited. 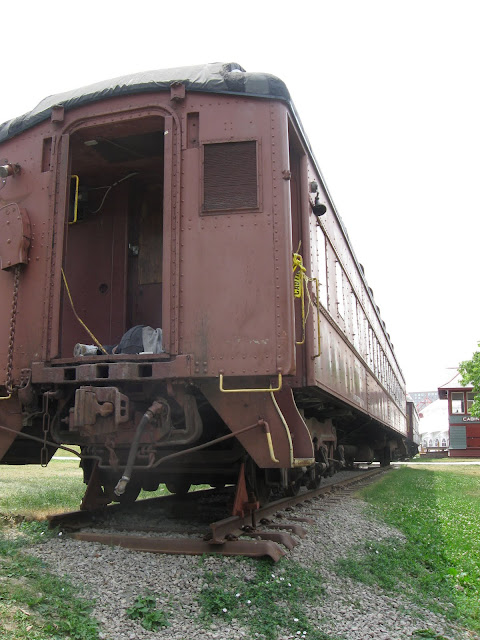 At the base of the CN Tower is the old Roundhouse. This carriage was on display and if you look at the connector door you will see that it was being put to good use. 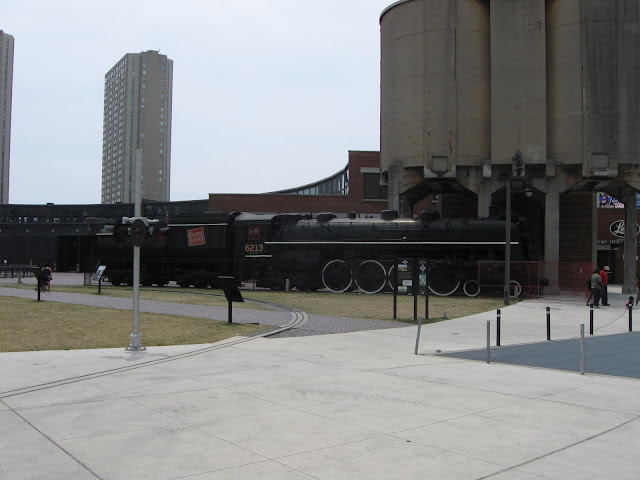 A steam engine in front of the Round House. 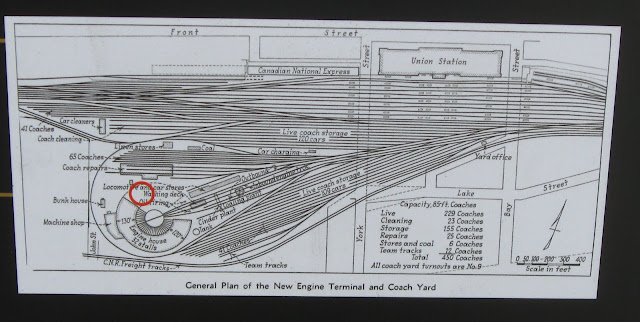 A map of the area before it was demolished to make way for the CN Tower. 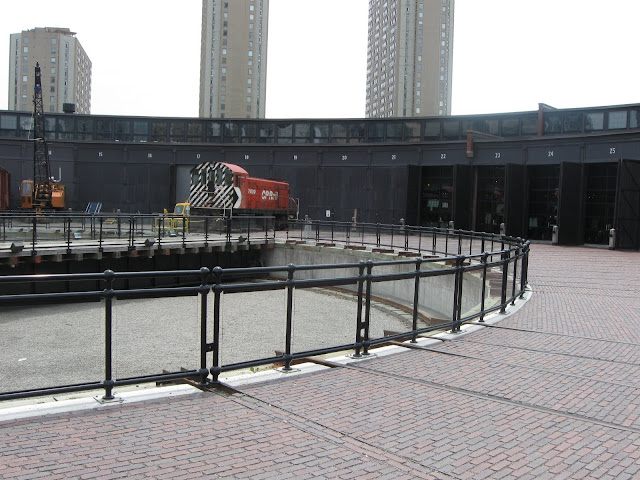 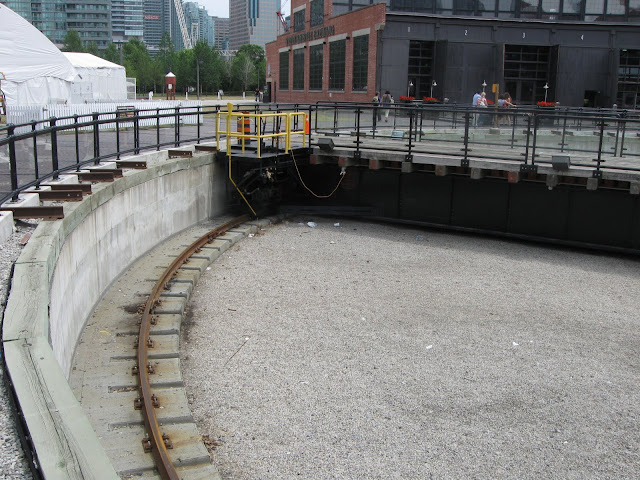 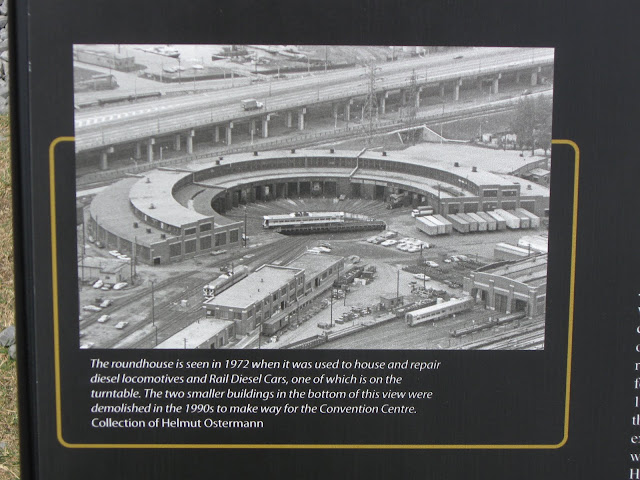 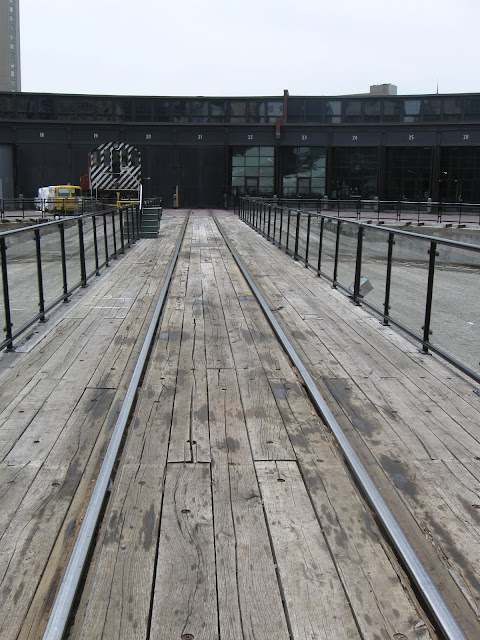 To be honest, I was expecting something like the B&O Round House when I heard there was one here in Toronto. The B&O is much superior. 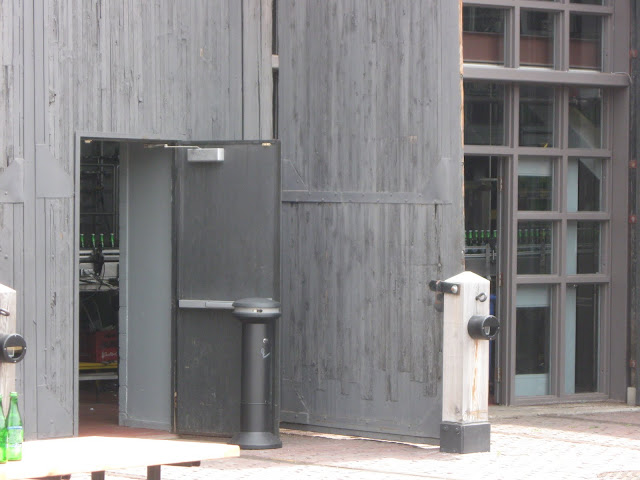 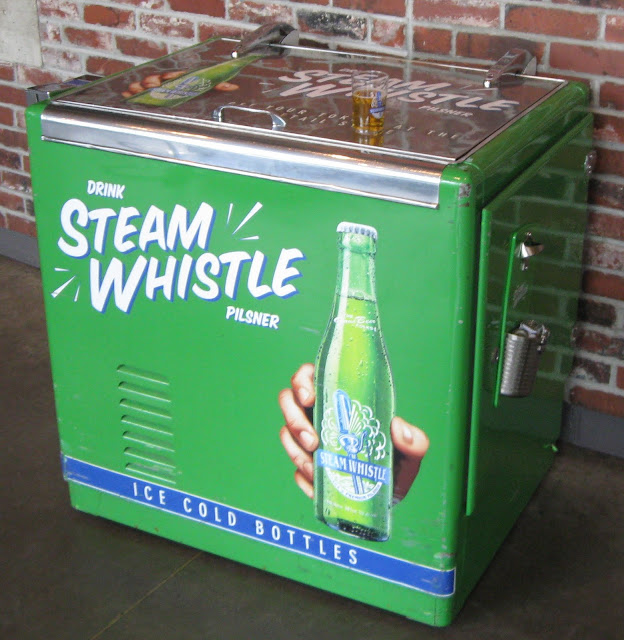 The Steam Whistle Brewery is located in one end of the Round House and they kindly give you a small glass of their beer when you go in. It's a very light pilsener style. 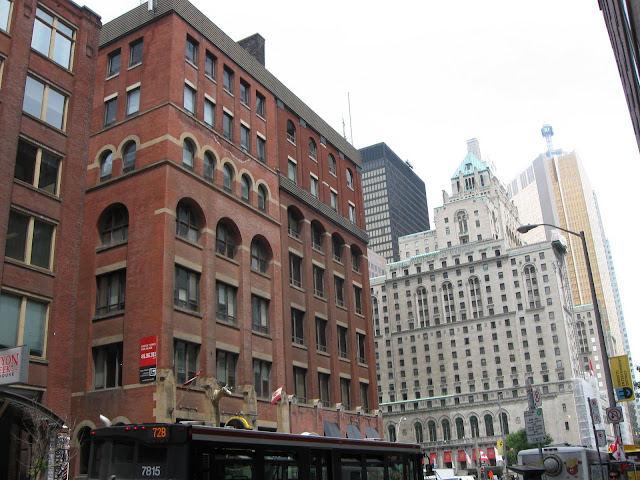 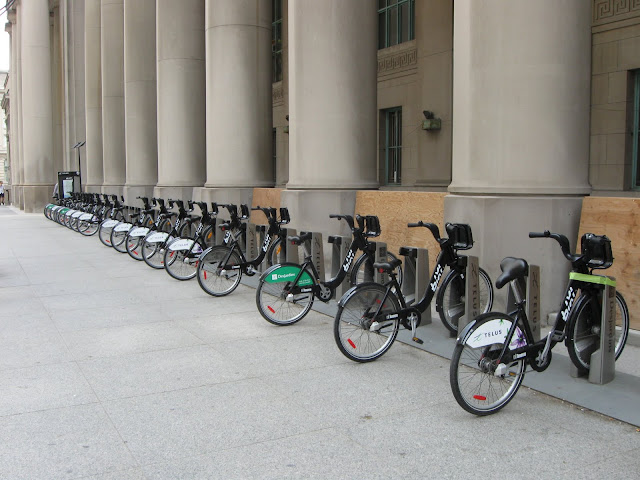 These bike stations were scattered around but mostly the bikes were unused. There were plenty of people walking about the city. 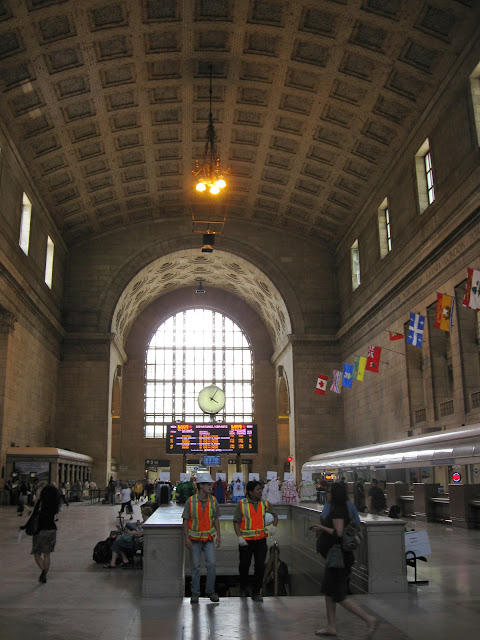 Inside the grand hall at the station.

I suspect Toronto is a great place to live. The people are very friendly, it's relatively easy to get around and there is plenty of culture, sports and restaurants. But I can't say I have a great desire to visit again. Melbourne would be the Aussie city most like it, but whereas Melbourne kept so much of it's past, it looks like Toronto destroyed so many of their old buildings in the down town area and replaced them with high rise. Perhaps the hot and muggy weather discouraged me.