The B and B at Patterdale

So far I have been pleased with all the B and Bs I have stayed at. Each has some feature that makes it special and there is always a very warm welcome. This is a blog about one of them, Crookey Cottage. 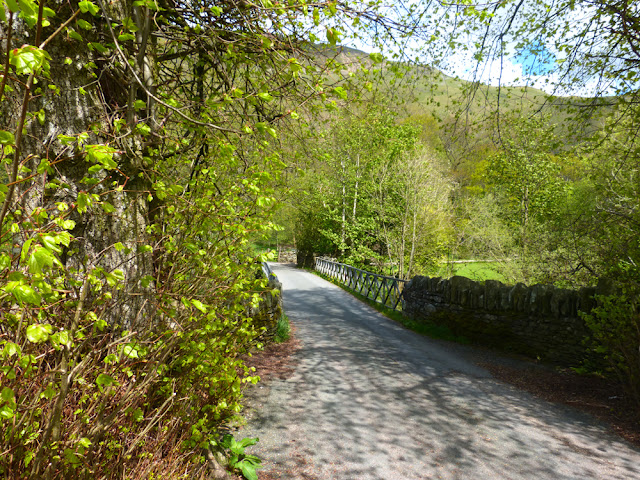 It was about a mile walk from Patterdale and even though my feet were aching, I enjoyed it. 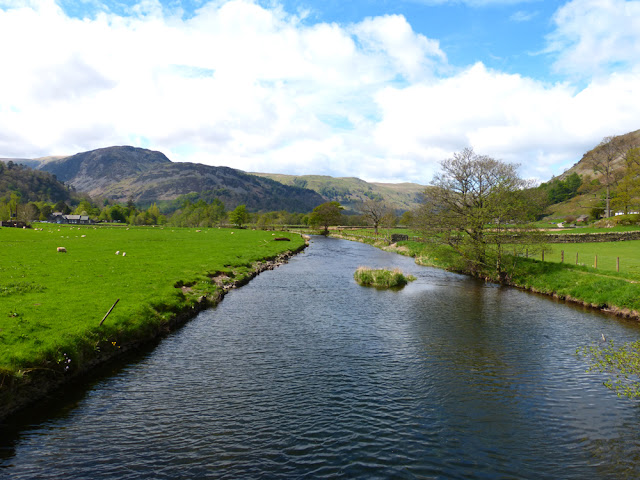 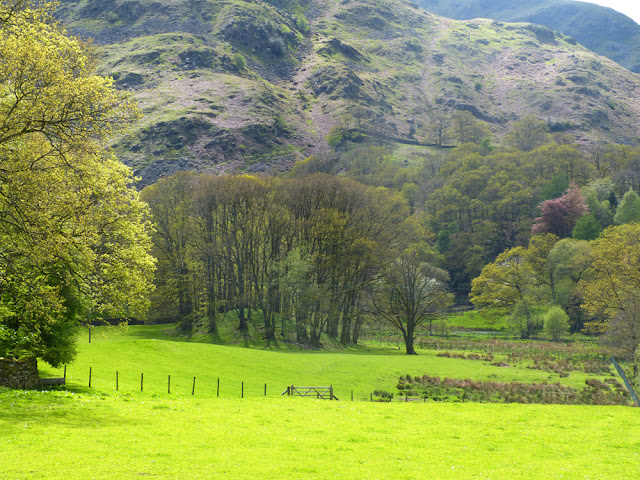 The wife of the couple who run the place was outside in a chair enjoying the late afternoon sun and this view. Fortunately she took pity on me and welcomed me to the 300 year old house. 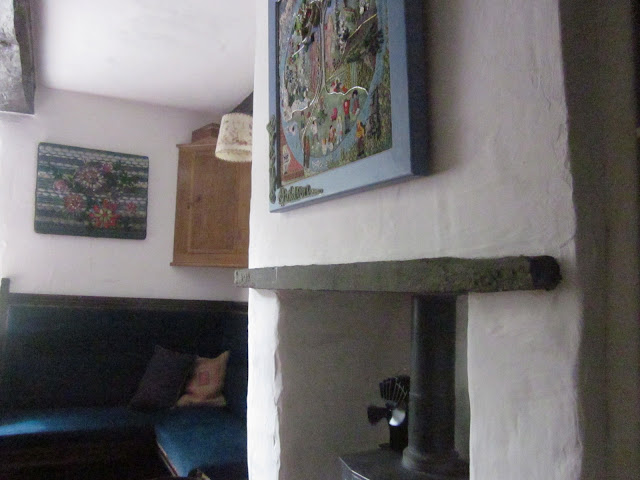 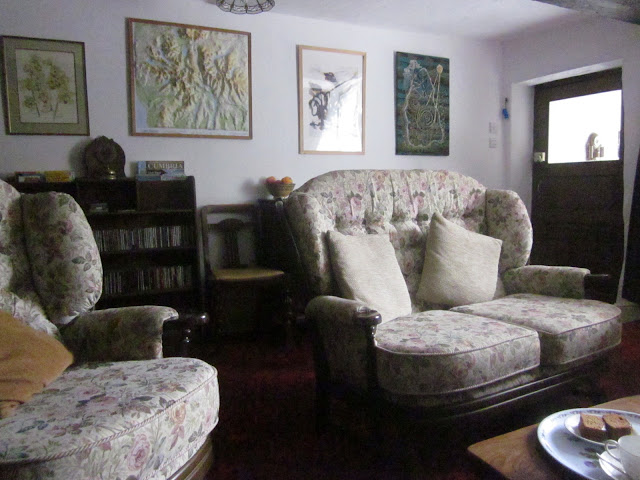 First there was the pot of tea and two pieces of ginger cake. It was wonderful to get the weight off my feet and to relax in a comfy chair. The wife had inherited the house from the grand mother and the lounge certainly looked the part. 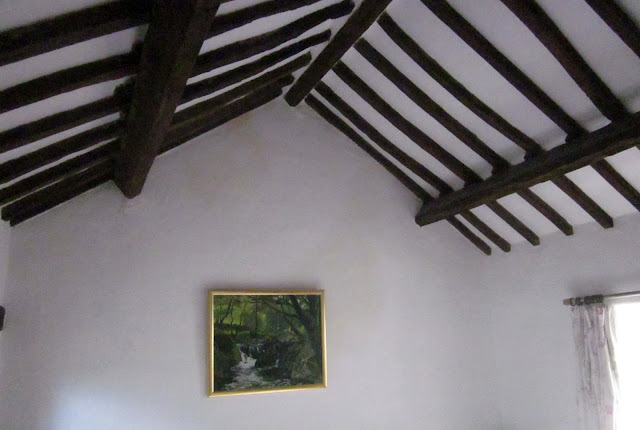 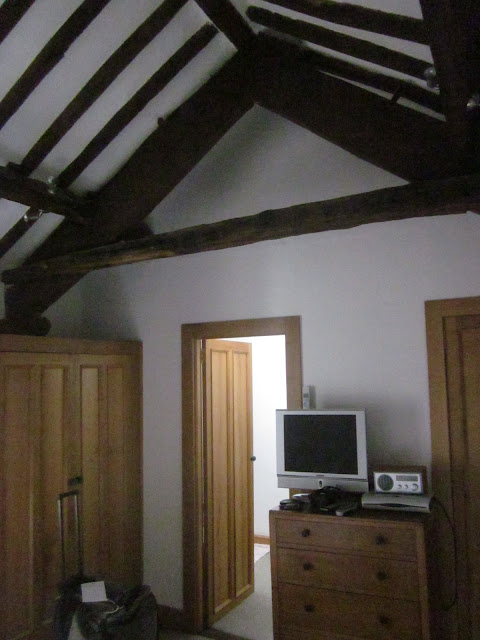 My room with the timbered ceiling was much more modern in its facilities  The workmanship in the bedroom and bathroom was very good. 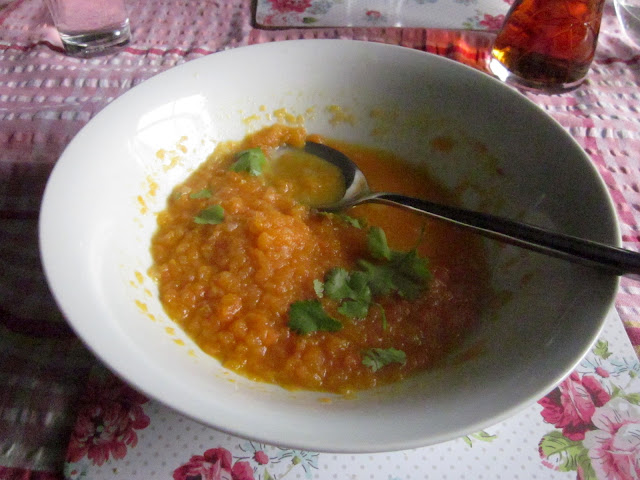 I was so tired I did not want to walk back to the village so they made a carrot soup along with some really good home made bread. Before I came down for dinner I had wondered if the electricity had gone off and so it had. The husband Eddie had chopped the carrots by hand instead of using a blender. It was delicious. 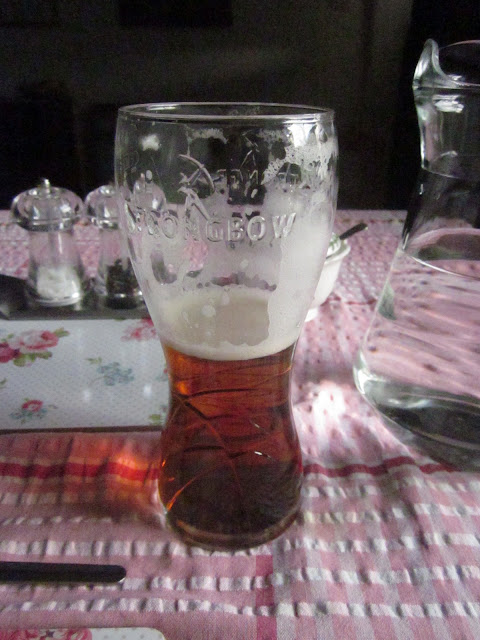 And there was a cold beer that went down very well. I had a long talk with the husband before and after the meal. Although he went to Uni, he came up here to become a wall builder. Yes, those stone walls that are everywhere up here and use no mortar to bind them together. He had recently injured his back lifting the stones and I suggested to him that perhaps he could become a teacher of wall building instead.

I also suggested that he could set up a business where company executives take part in a team building retreat where they build a wall. I am really good at suggesting what other people should do. Not so good at taking suggestions. 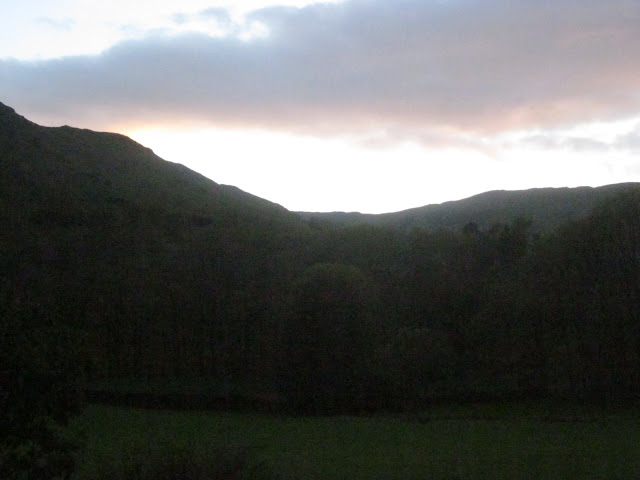 About 10 pm just before I went to bed.

The next morning I went down to an excellent breakfast and met the other guests at the house. They were two of the six people from Wyoming and they were jealous of my bowl of carrot soup the night before. 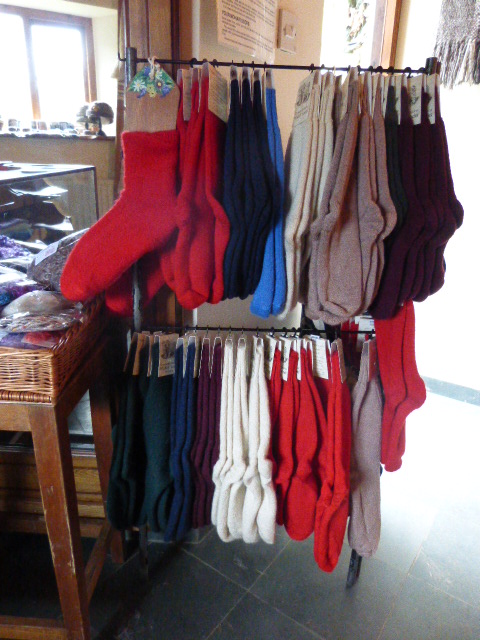 At breakfast I mentioned that my feet hurt so Eddie suggested that mohair socks were very good to walk in. He took me to the nearby shop and I purchased a blue pair for 14 pounds. 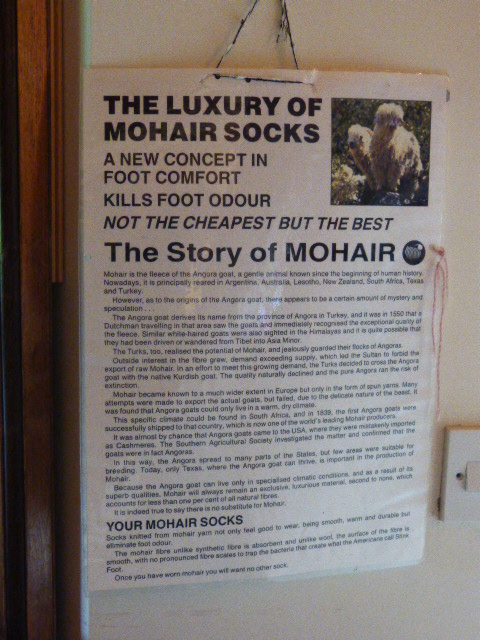 Immediately I put them on, my feet felt a lot better. Walking became easier. I have heard various opinions on why I am having foot problems. Some say my boots are too small and some say they are too big. 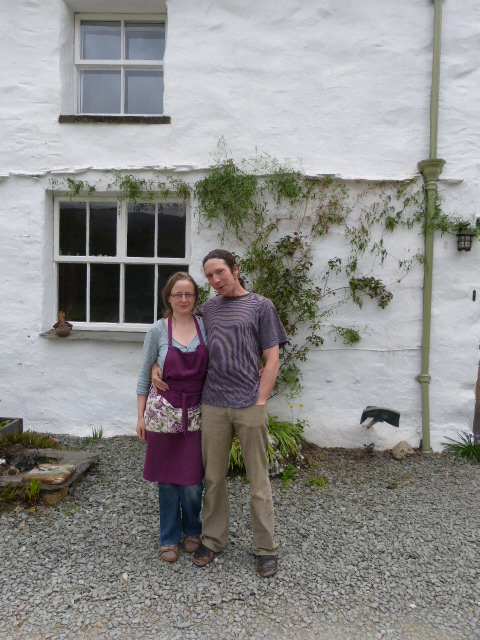 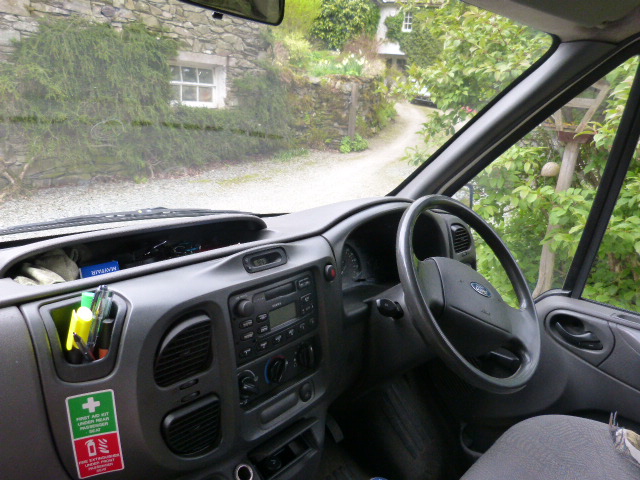 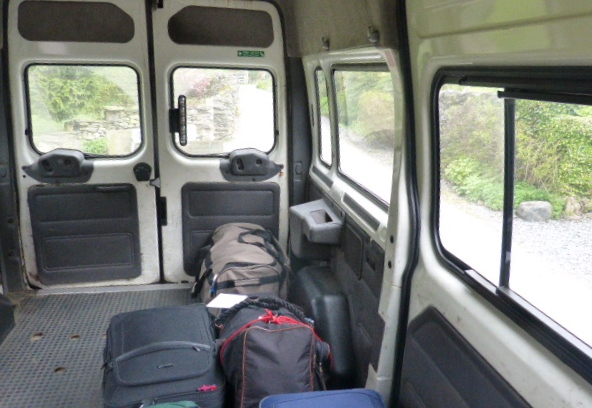 As I started up the hill on the walk to Shap I discovered that I had left my walking pole behind so I went back for it. The Sherpa van arrived at the same time so the driver gave me a lift in the van back to the start of the day's walk. He was ex military and had only been doing the job for a few weeks on a part-time basis. It was interesting to see how he organized the bags depending on where they needed to go.

The electricity eventually came back on about 3 am. The light came on in the bedroom and woke me up. The blackout was quite an unusual occurrence in this area. The cause was unknown.