I enjoy going back to my old home town. The photos are mainly for myself and my sisters as a way to keep track of what is going on there. You get to put up with them as well. 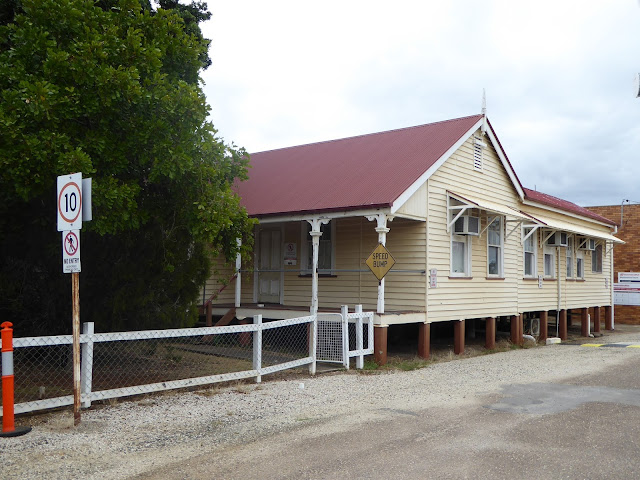 My father worked for the railway as a civil engineer and this was his office. It is no longer in use. 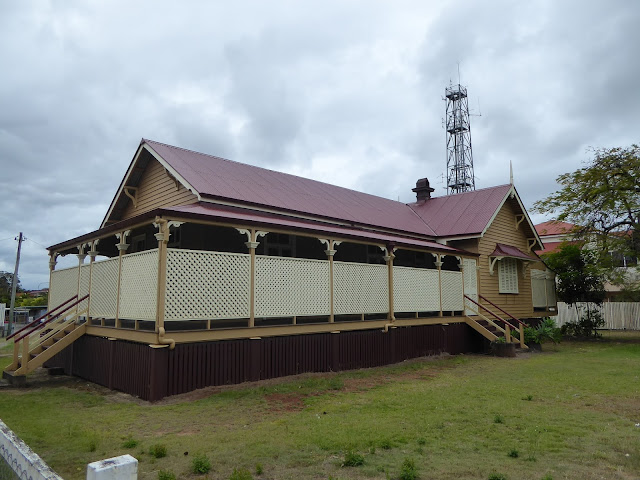 The former Railway District Superintendent's house. It was becoming derelict and then was done up in the last couple of years. 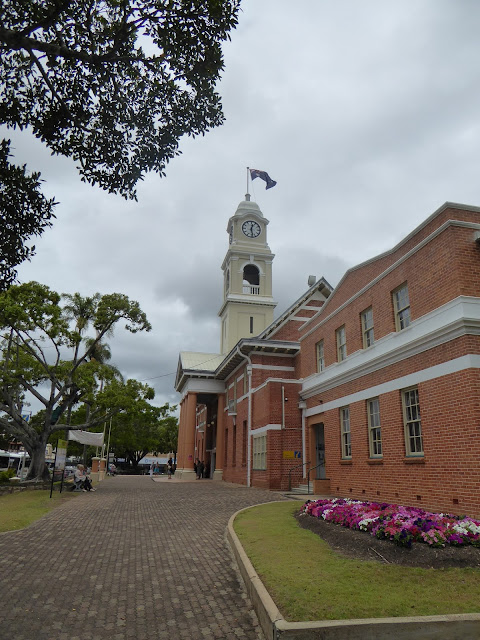 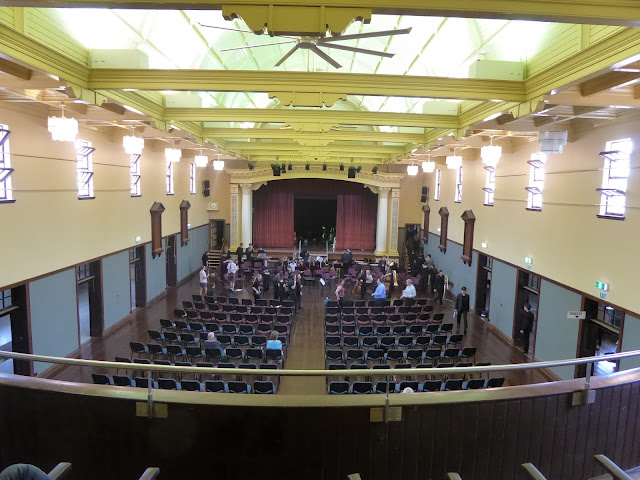 There was about to be a concert in the old Town Hall. The band was doing a final practice and the sound was excellent and clear. If I were to record an orchestra, I would investigate this hall. It has the correct shoebox shape of the best classic concert halls. 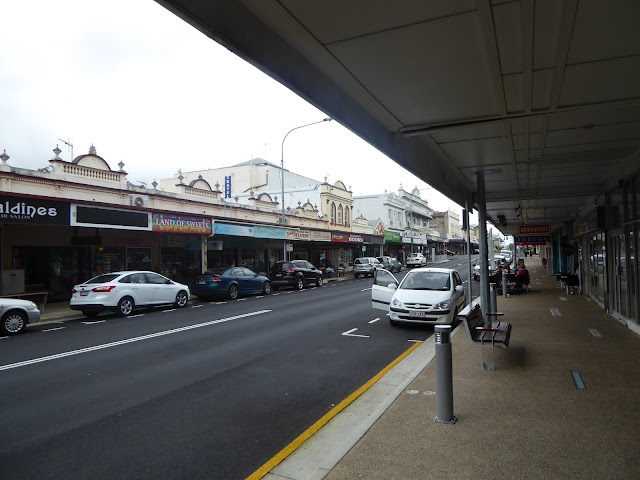 The main streets were busy this year while last year they were deserted. 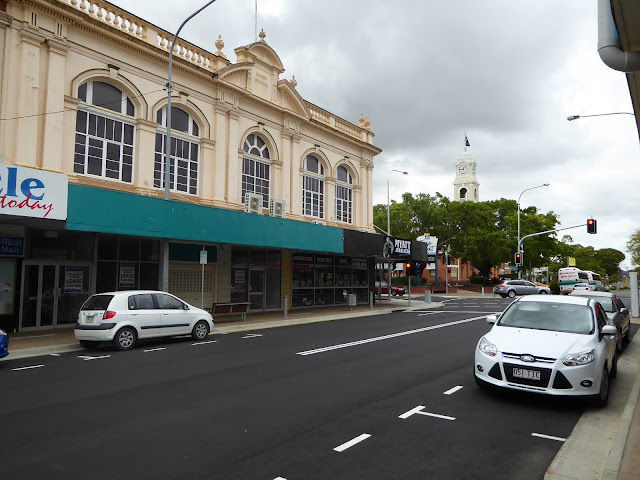 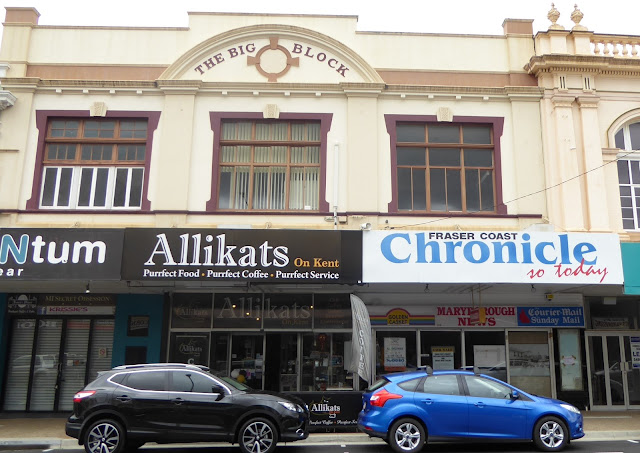 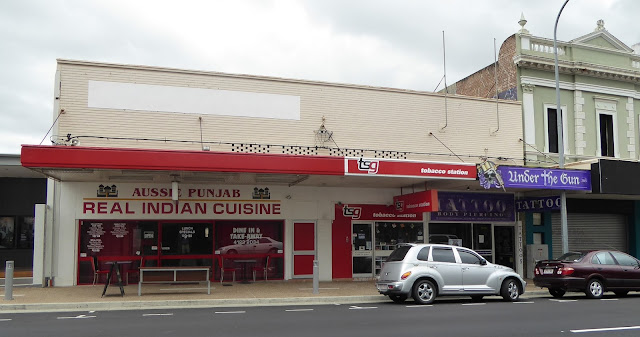 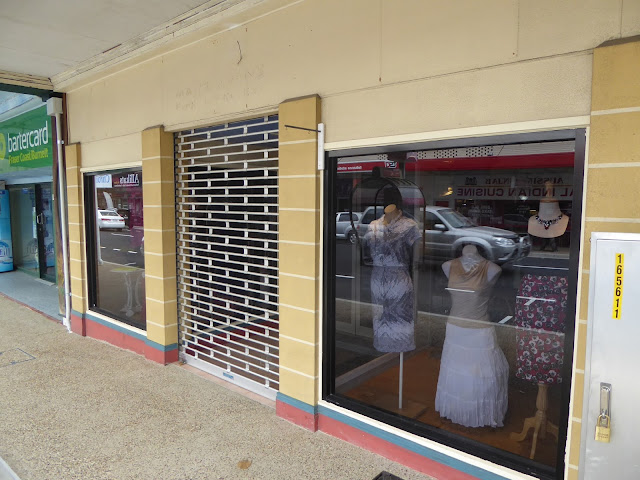 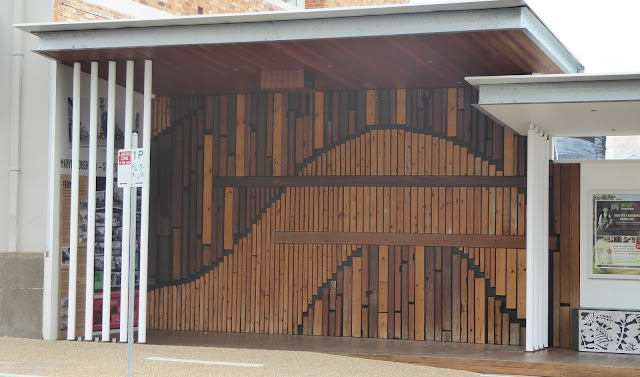 A fire destroyed some shops in the main street a few years ago and the council has put up a facade to hide the gap. 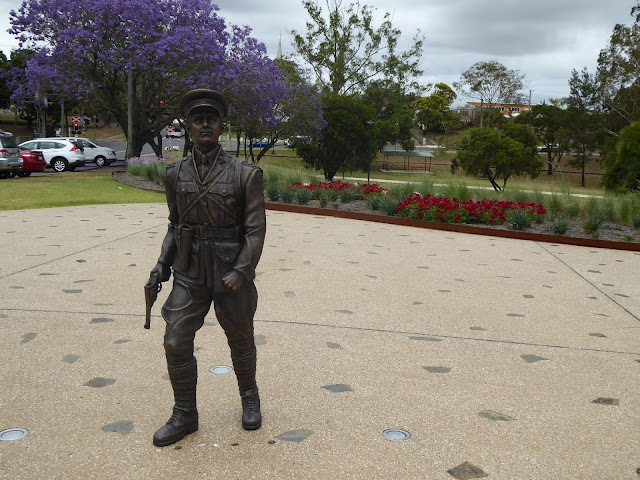 The new statue of Duncan Chapman, the first Australian ashore at Gallipoli. There is more about him at the end of my blog about my visit to Gallipoli earlier this year. 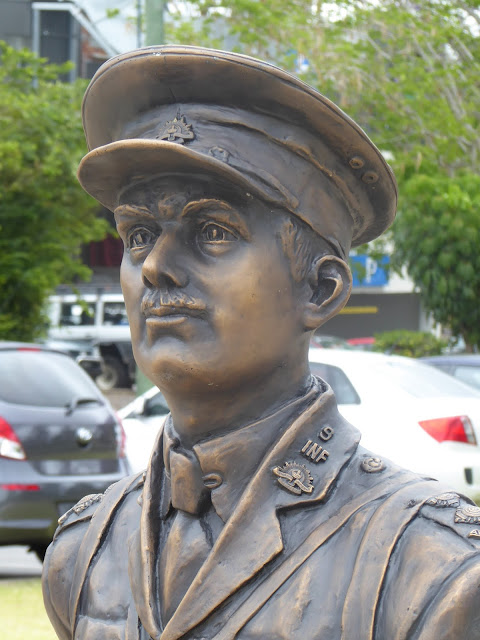 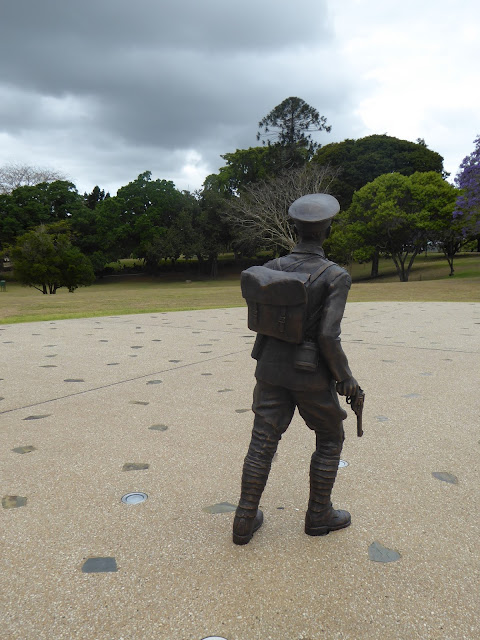 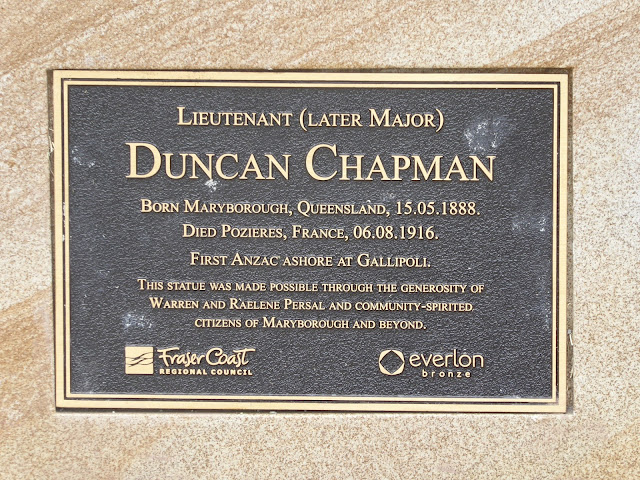 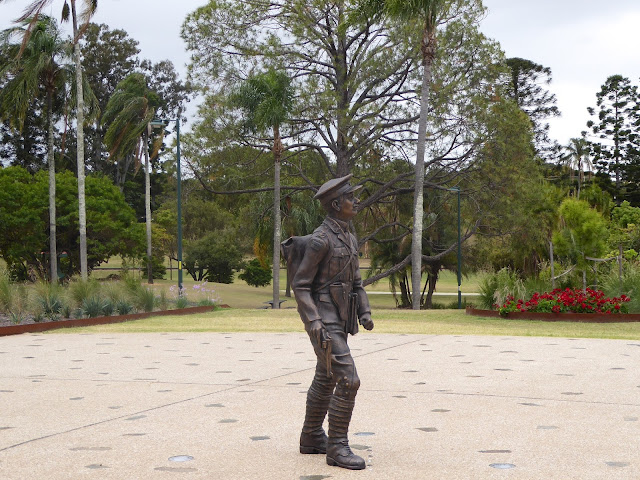 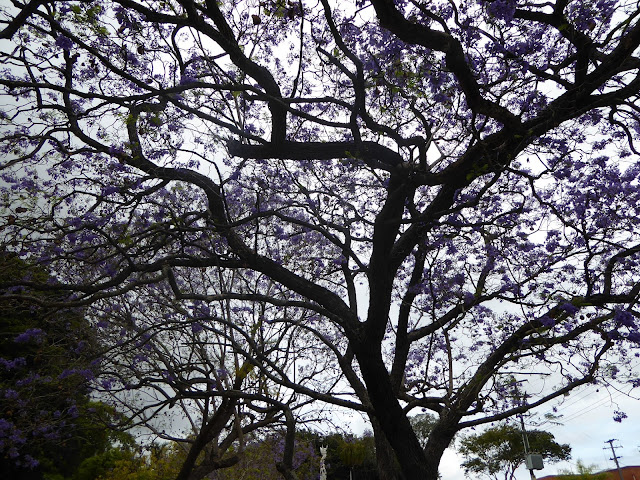 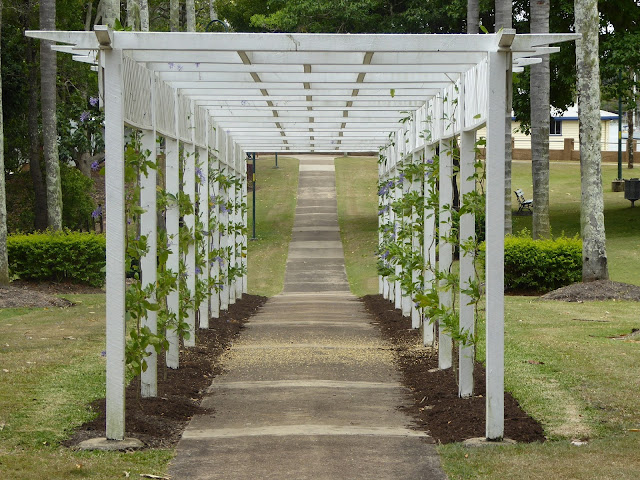 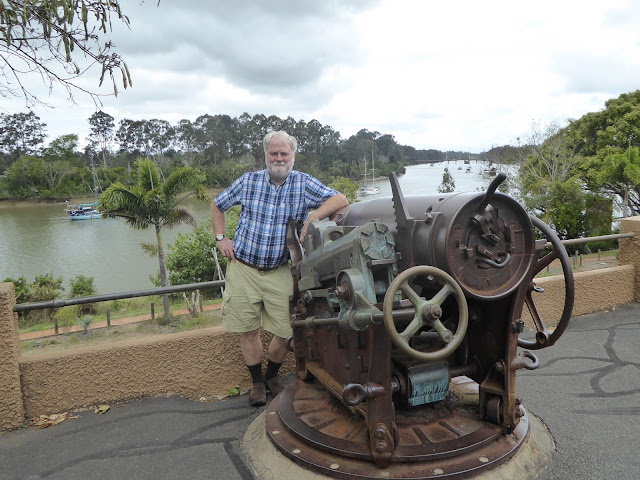 My ashes are to be stuffed up the barrel. 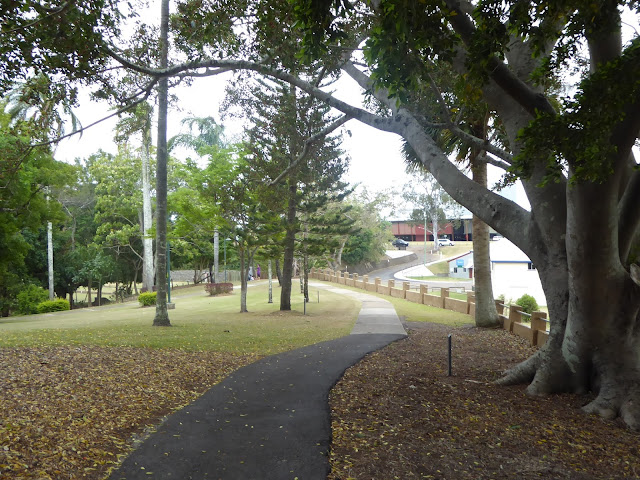 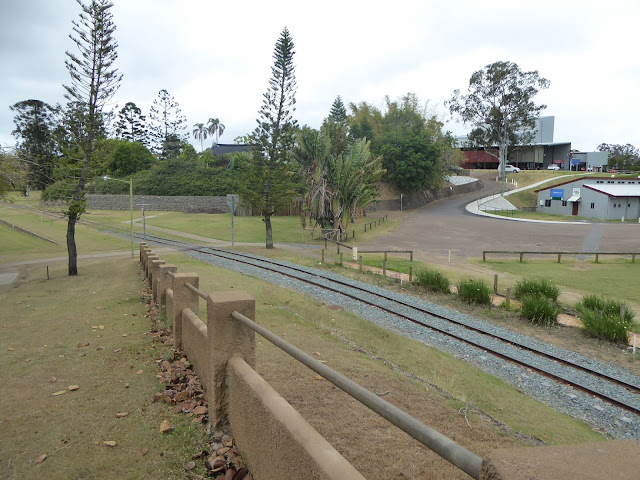 Whenever the river floods, the water flows through this gap and floods the down town streets. They should build a barrier with a gate for the train line. 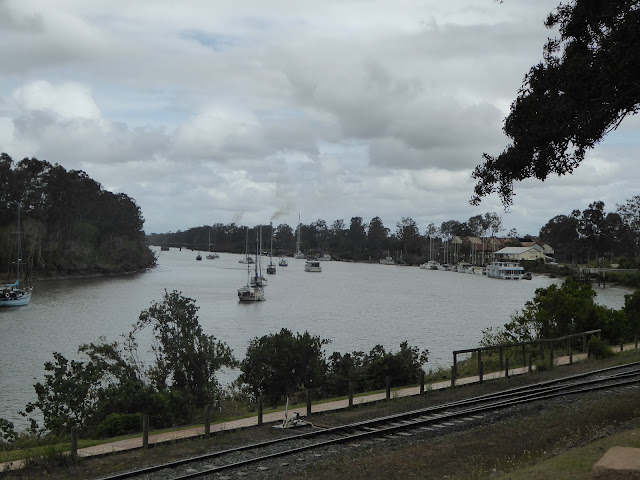 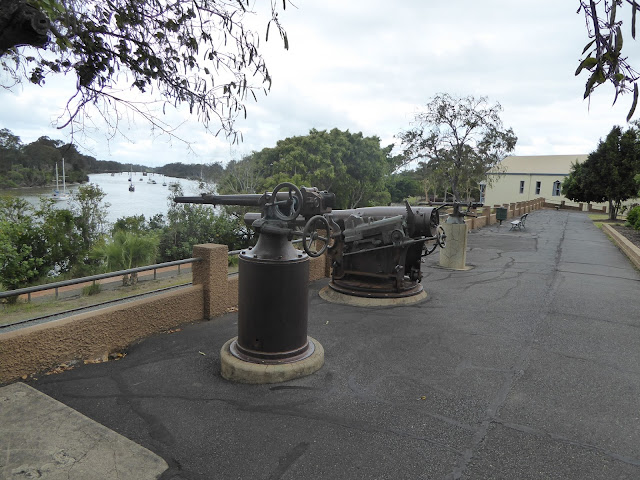 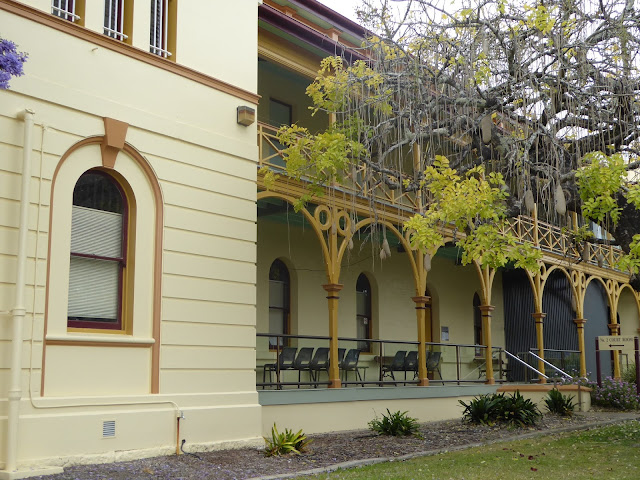 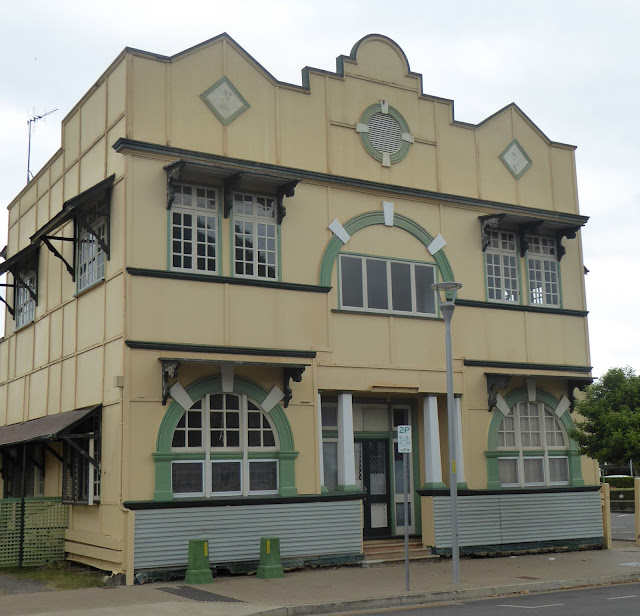 This building was damaged last year but seems to have been repaired. 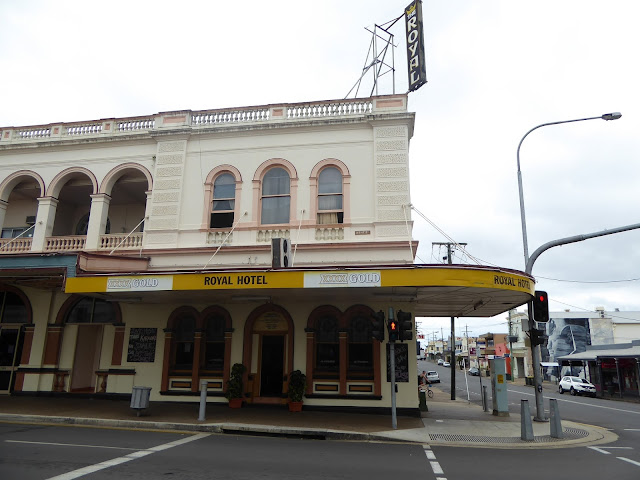 The Royal Hotel is back to being a pub again but the bar area is not as distinguished as it used to be.

The council must be putting plaques outside some of the famous old buildings. 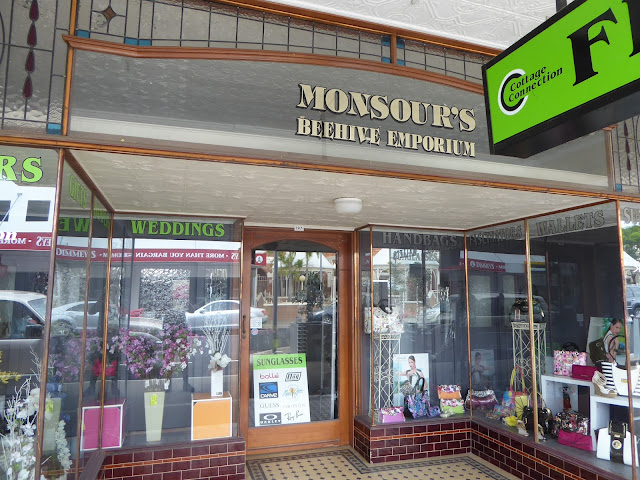 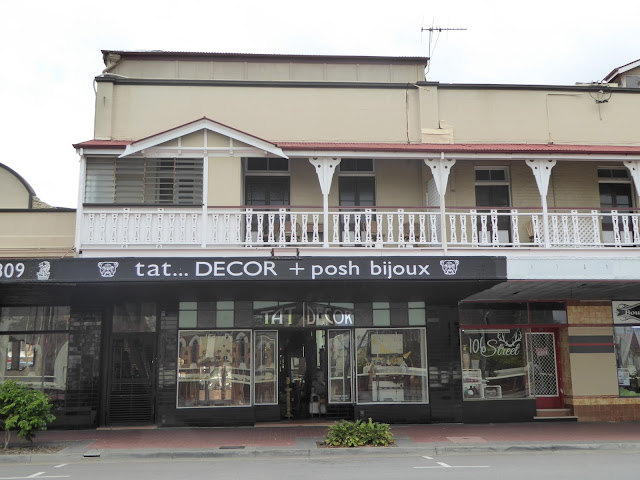 I got the feeling that there were some new shops and that the town was doing better this year. 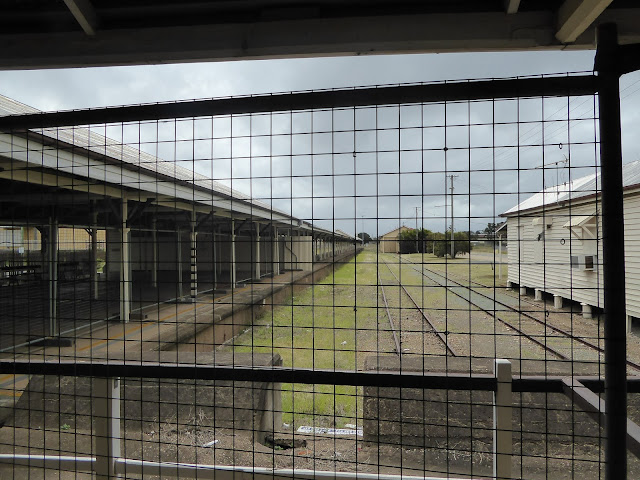 However, the old station still makes me feel so sad. Not only boarded up but the railway lines themselves have been ripped up.

Still, it was home when I was young and my former classmates agree that we were privileged to be there when everything had relevance and was being used. Now the town does not seem to have a real reason to exist. It desperately needs a new industry.