Another walk around Woolwich

I have been pleasantly surprised just how fascinating this suburb is. Each walk becomes something special and I think there are several reasons which I will point out in this blog. 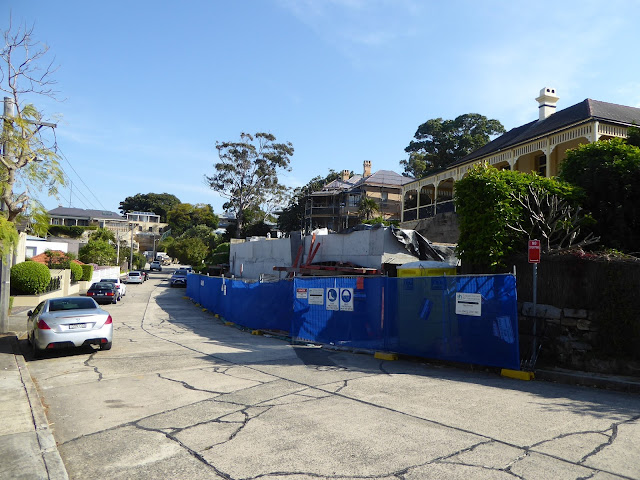 Many of the houses were built well over 100 years ago and I suspect that even back then, you needed plenty of money to be able to afford to live here and therefore could afford to build an expensive large house. 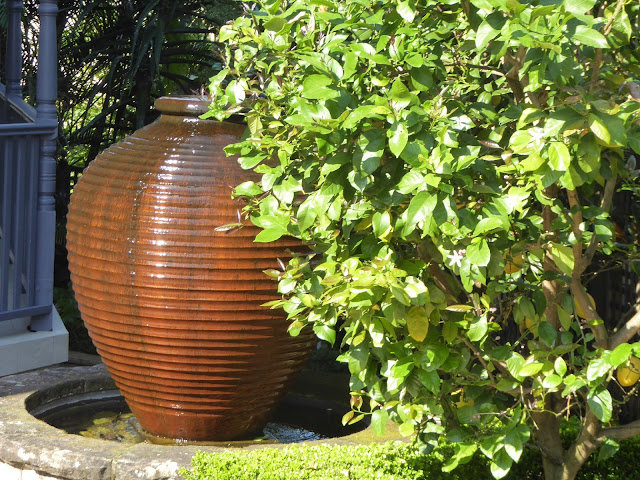 In a wealthy suburb, you see more unusual ornaments and other little touches. 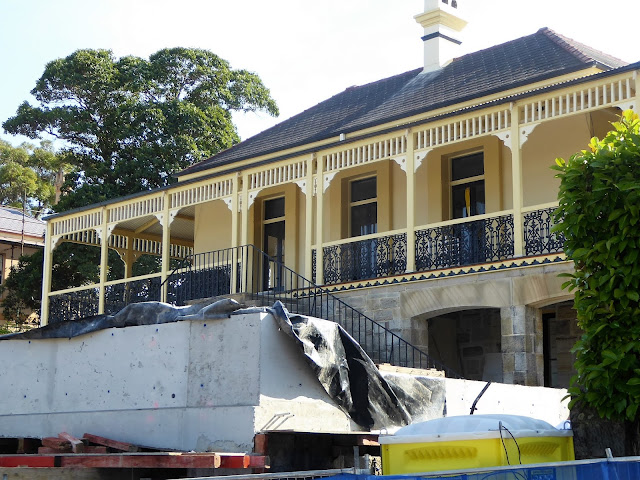 Look at the pillars of this house and note that they appear to be built of sandstone. I hope that when the concrete wall is built that it will be lined with sandstone. 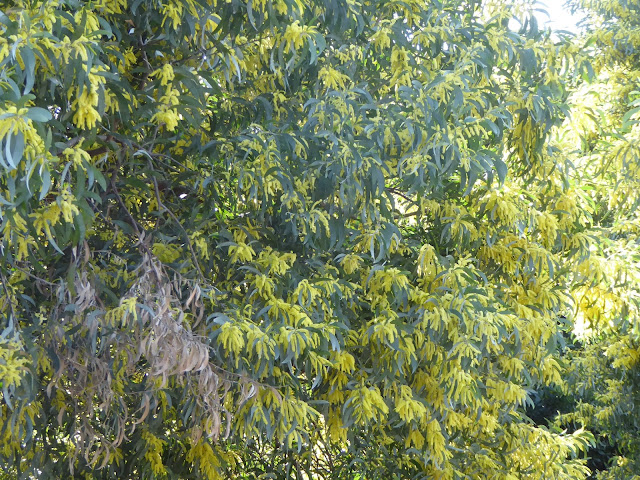 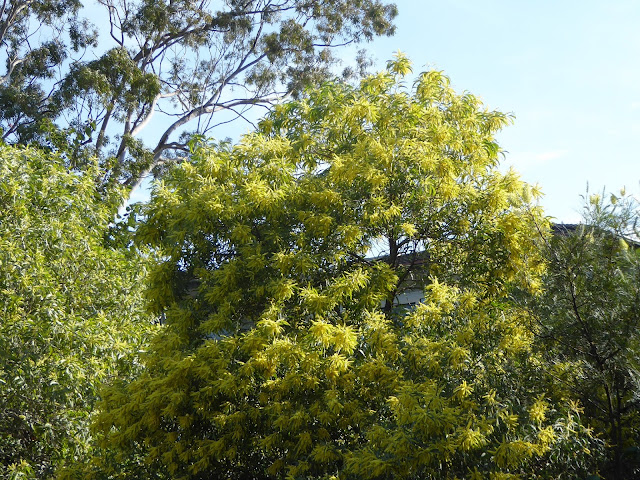 The wattle is in bloom. There are lots of trees and shrubs lining the streets and the gardens are lush. 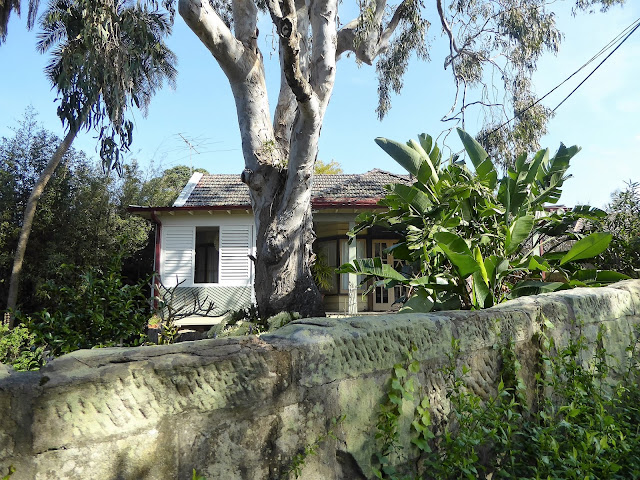 Old stone wall. I was also intrigued by the roof tile pattern. 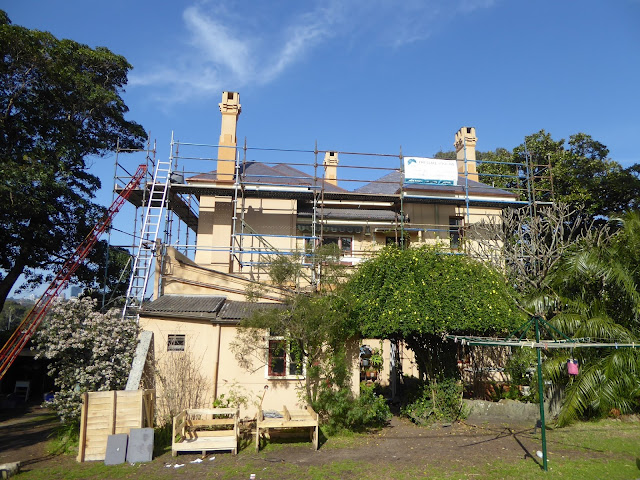 Back of one of the houses being restored. I think this one is getting a new slate roof.

In many ways Sydney has a benign climate unlike our area in the USA or in Europe. Houses need less maintenance. While it gets warmish in summer, it is not as hot and humid as further north in Australia. Winters are usually quite mild and freezing temperatures in this part of Sydney would be rare. It does get cold in Western Sydney where freezing morning temperatures are common in Winter. 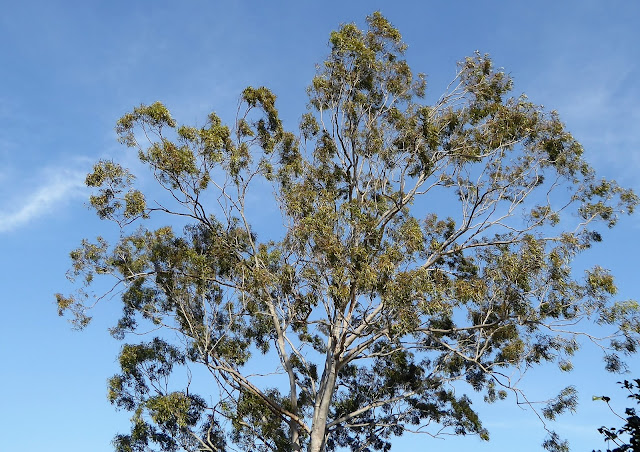 Yet another gorgeous tree. 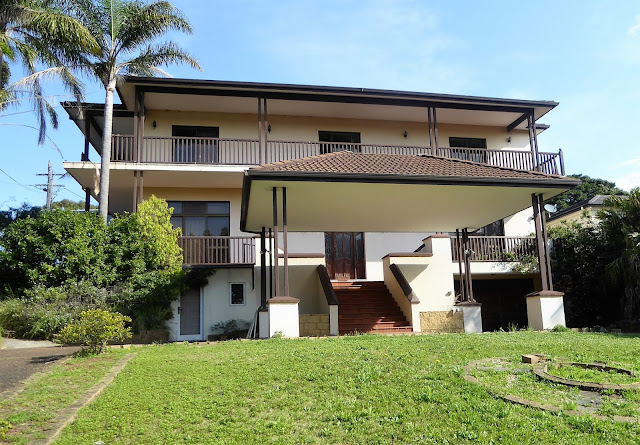 This looks like the entrance to an American motel. 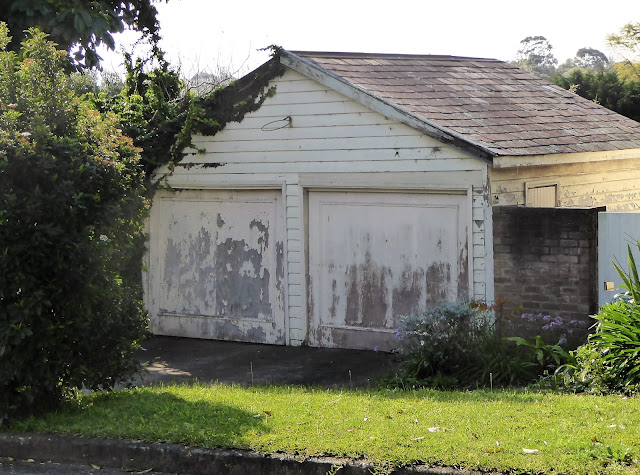 Not everything is pristine in this suburb. 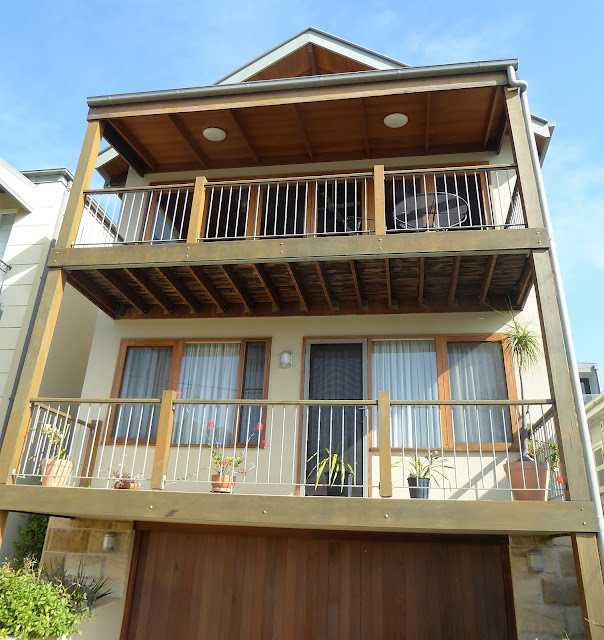 We both liked this house. 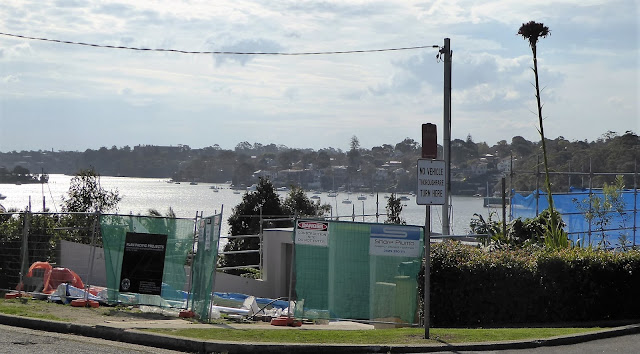 The wealthier the suburb, the noisier the suburb as so many new owners either renovate or demolish and rebuild. They can afford to have the work done. 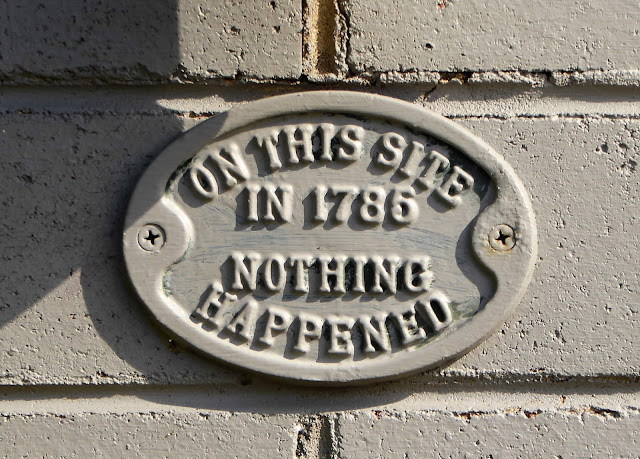 The First Fleet arrived in 1788. Here is an article about the numerous Aboriginal clan groups that lived in the Sydney area at the time. 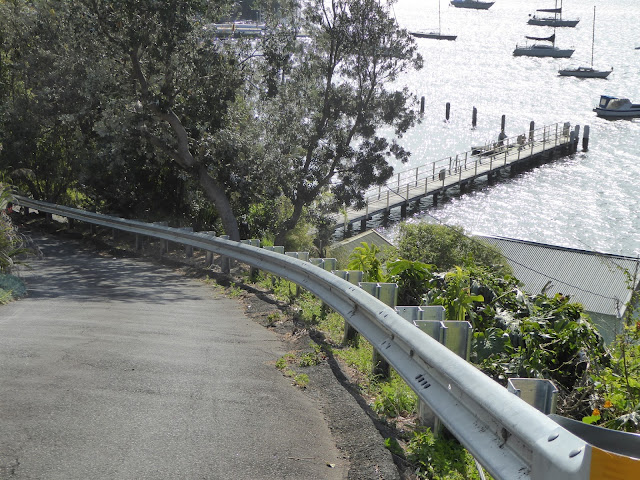 We walked down the hill to the Woolwich Baths. 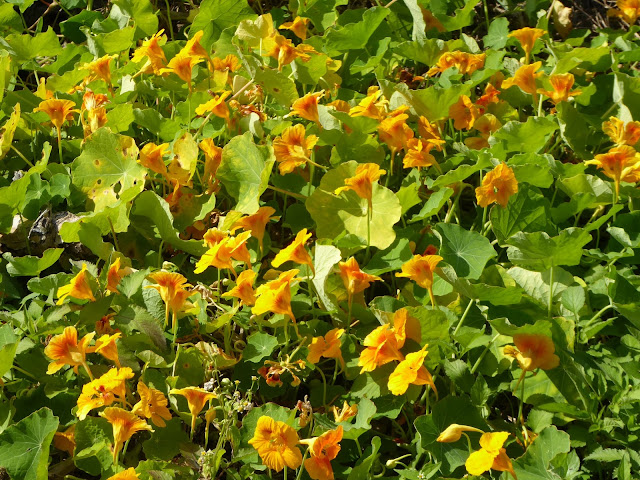 Nasturtiums had been cast. 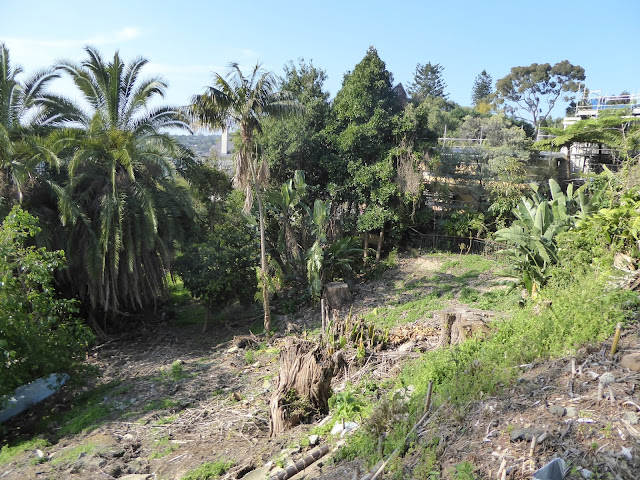 No doubt something will be built here in the near future. 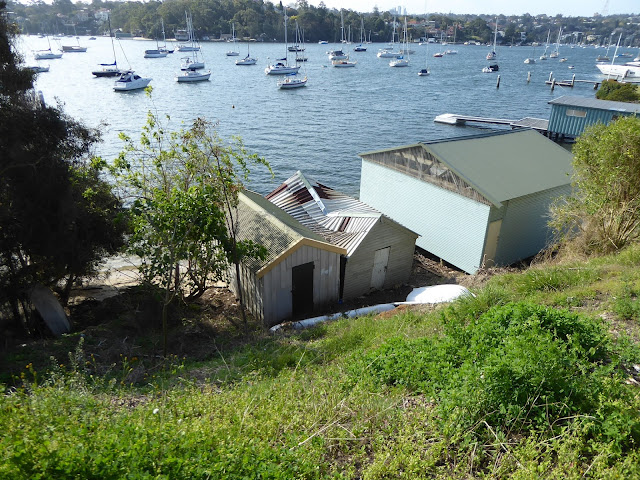 Presumably something fell on this. It reminded us of the film Siam Sunset where the wife of the hero is killed at the beginning of the film by a refrigerator that falls from a plane. It's actually not a bad film and worth watching. 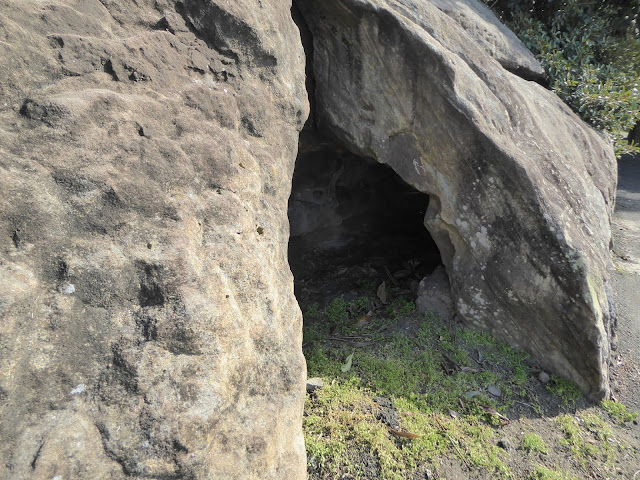 This cave rents for $800 per week. Just kidding, but here is a link to rentals in the area. 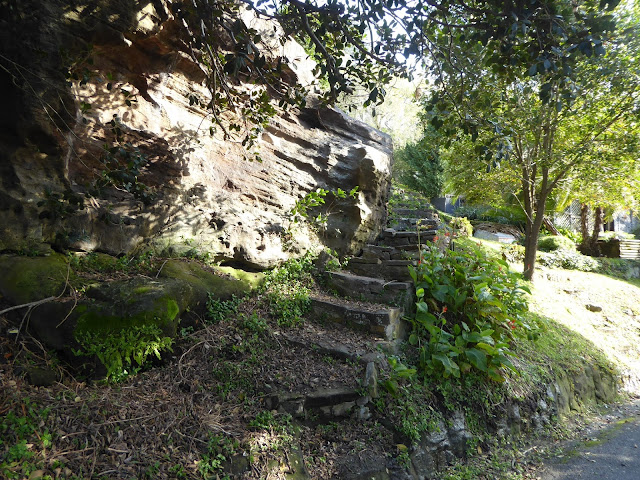 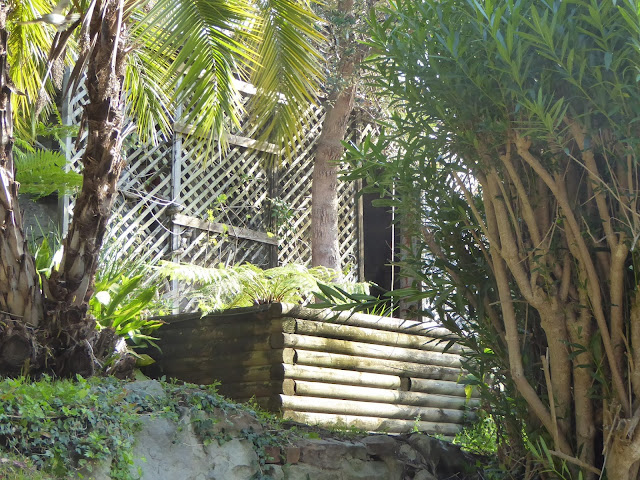 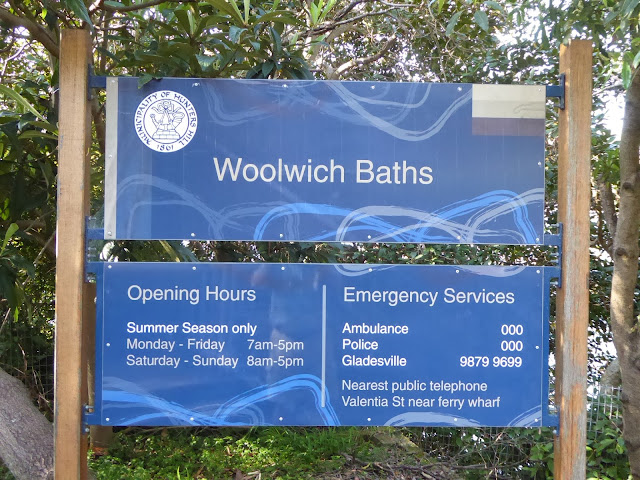 There are over forty harbour and ocean pools or baths in the Sydney area. 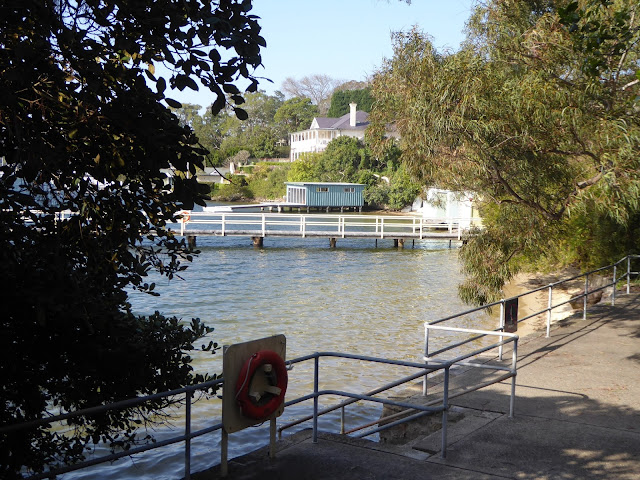 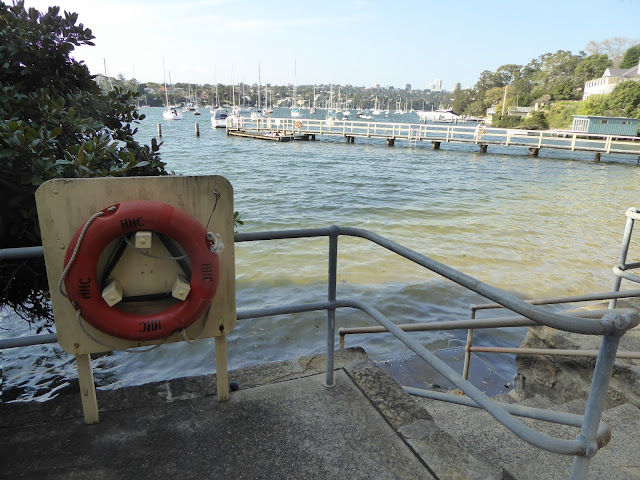 A couple of ladies sunbathing on the float. 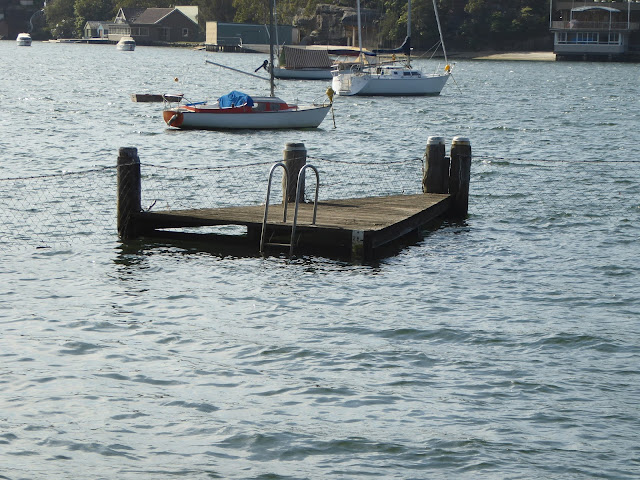 Netting to keep out the sharks. If you enjoy the idea of blood, read this article about the various shark attacks in Sydney Harbour over the years.  By the way, in Australian vernacular, you are taken by the shark or croc not eaten. 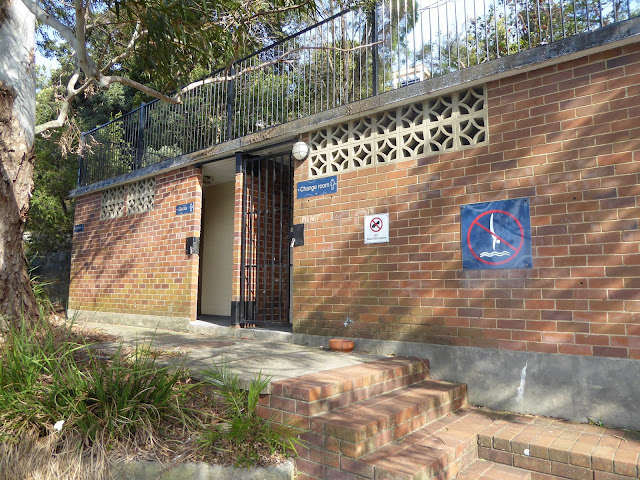 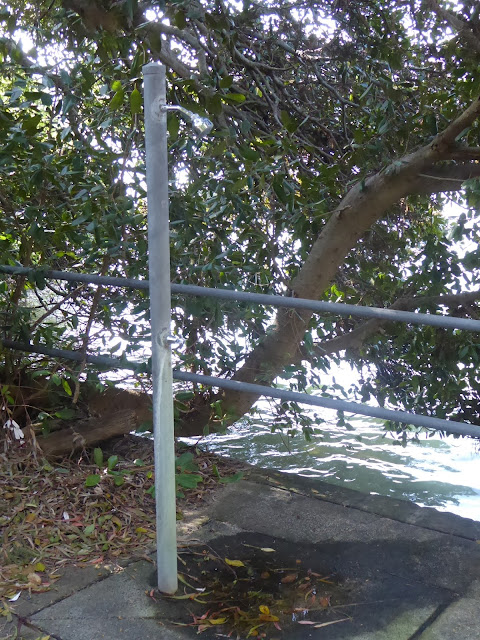 A shower to wash under after your swim. The water would be salty here. 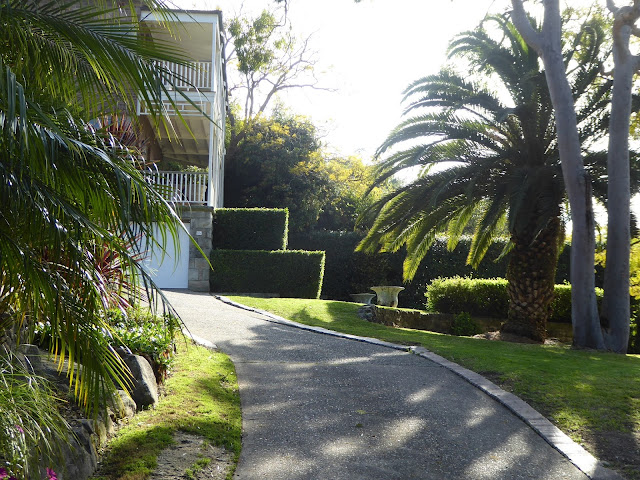 Most of the grounds in Woolwich are very well maintained. Most people seem to employ gardening services to mow grass and maintain hedges. 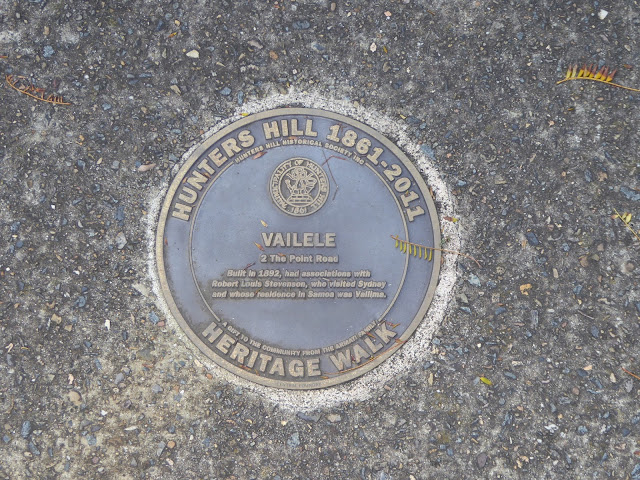 Those authors really got around. 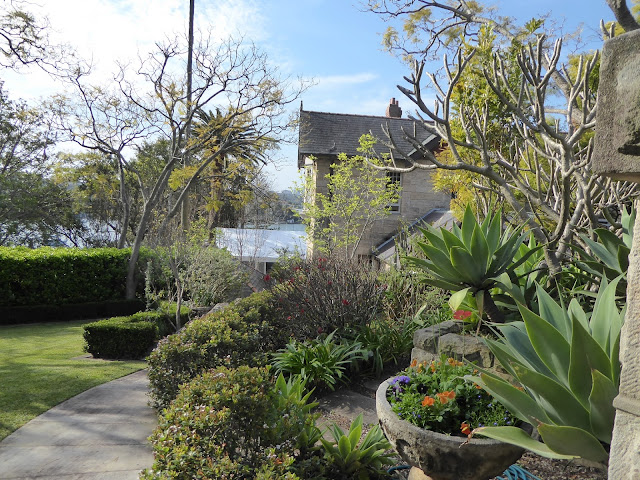 The place where he stayed. As my father would have said, 'a pretty good camp'.