The coast just south of Sydney

When we come to Australia, in the back of our minds is a possible location if we get the opportunity to move back to Oz. This gives us a reason to travel outside Sydney and check out places we have not visited before. 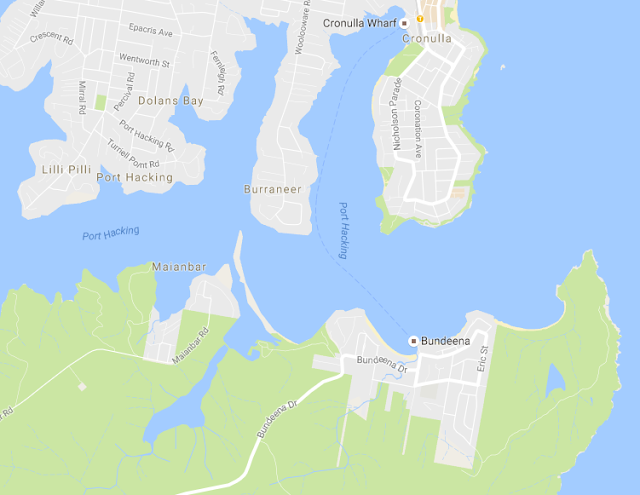 Some of you might remember that I visited the little village of Bundeena a few years ago. Marianne had not been there for nearly 10 years so we decided to go there to remind ourselves of its good and bad points.

The drive down there took quite a long time because of the atrocious Sydney traffic. We waited until rush hour was over, but there were quite a few trucks slowing everything down as well as the numerous traffic lights. We definitely do not want to live in Sydney. 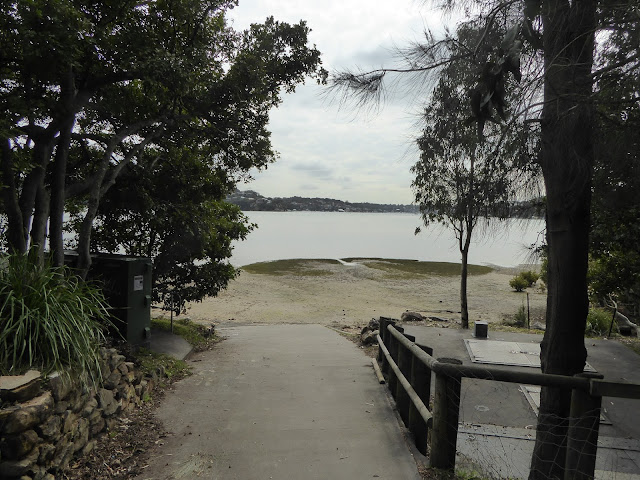 However on the way we checked out Mianbar a mile or so west of Bundeena. It is a small community with virtually no facilities. You would need a car to live there and it's not exactly a place to grow old in. One of our requirements is decent public transport, preferably a train and / or ferry. Bundeena has a ferry to the train station in Cronulla. 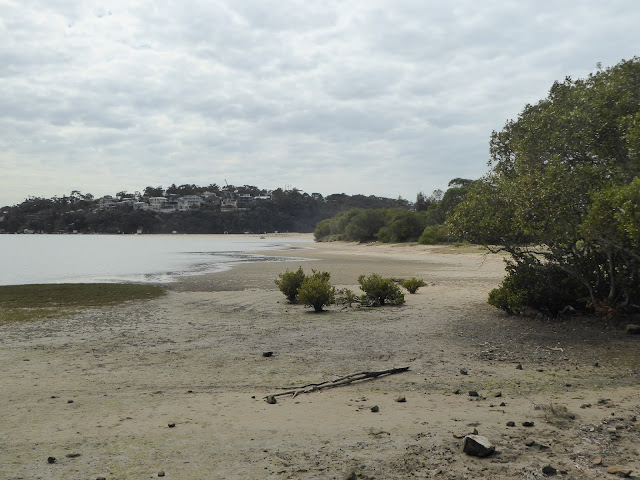 Bundeena in the distance. Mianbar is very much surrounded by bush land and there is evidence of a recent bush-fire so I would not feel too confident living there. 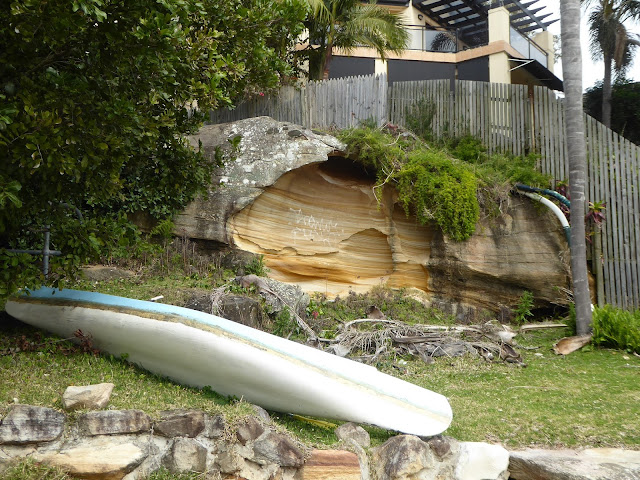 If you lived by the water I am sure it is very nice, but it's not the place for us.

And you have to wonder about the mentality of whoever painted graffiti on this sandstone.

We then drove around Bundeena and realized it is much more hilly than I remembered. No photos this time. 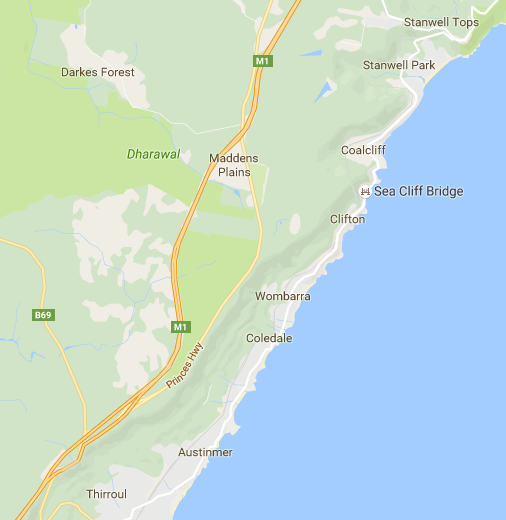 We then drove further south though the Royal National Park. It's a lovely drive and parts of the journey are through a rain forest which reminded us of the Oregon Coast. 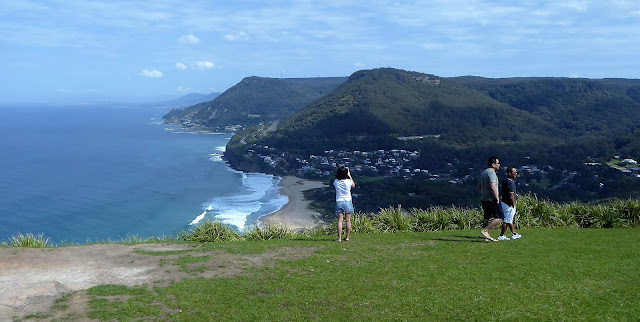 At the southern end of the Park is Bald Hill at Stanwell Tops where there is a wonderful view of the southern coast. There were quite a few tourists taking photos. 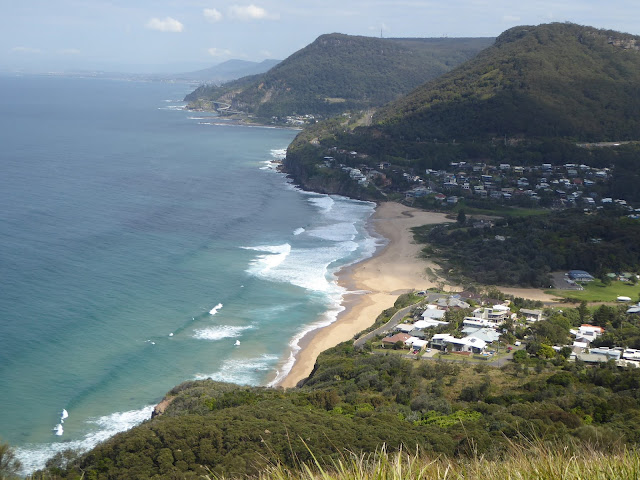 This is the location where Lawrence Hargrave experimented with box kites and in 1894 rose 16 feet into the air suspended by four kites. He also invented a rotary engine. A true pioneer of flight.

It's one of the most popular hang gliding launching sites in Australia. 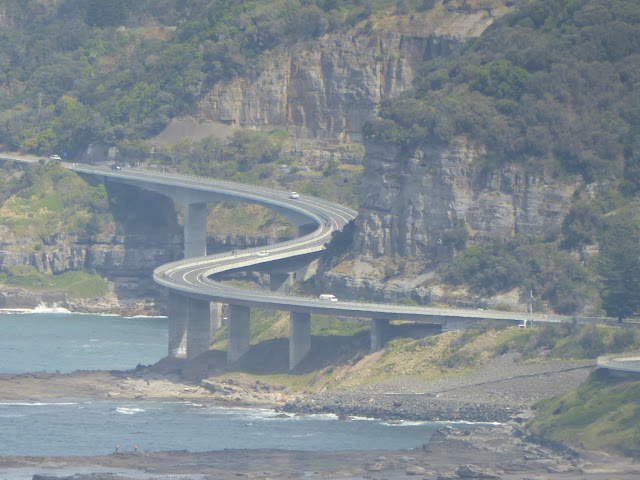 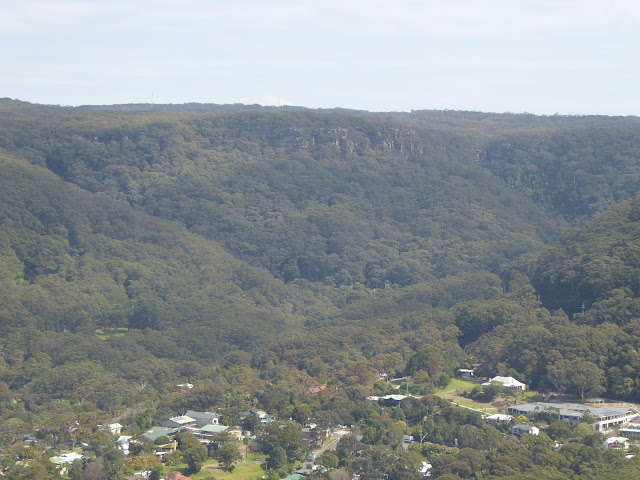 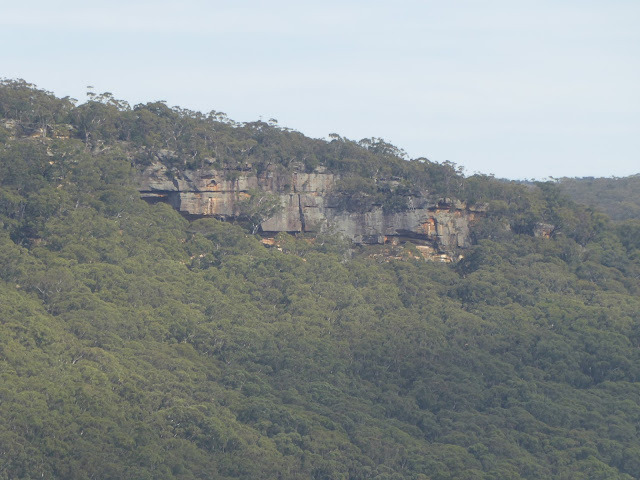 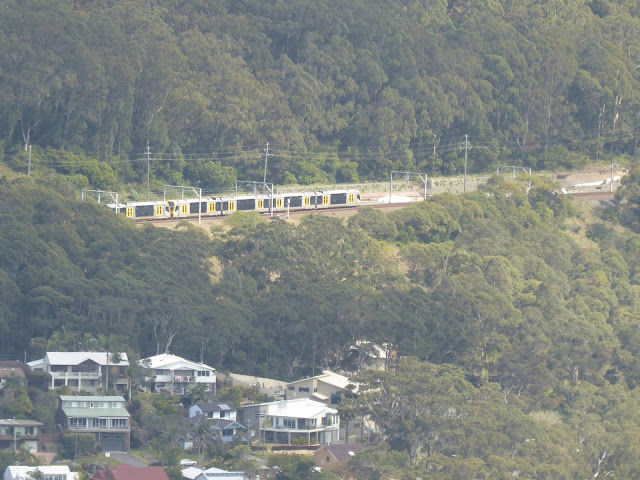 A train line passes through the area so it might be a possibility for us. 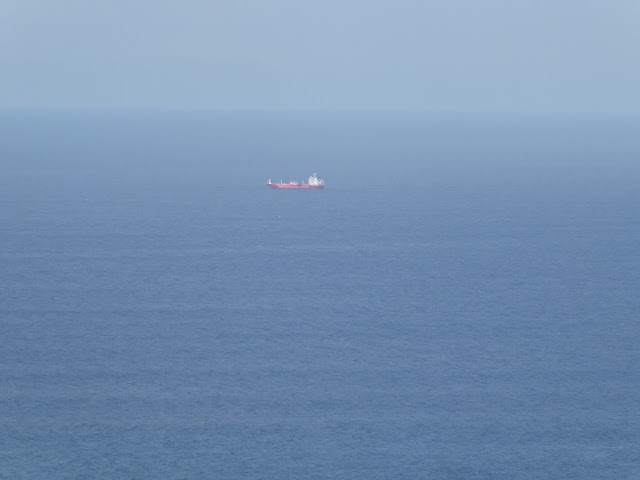 A ship at sea. 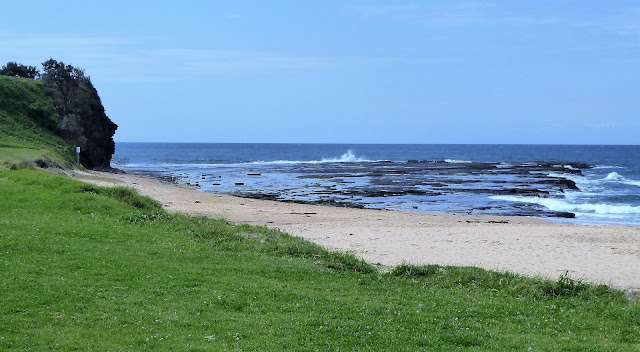 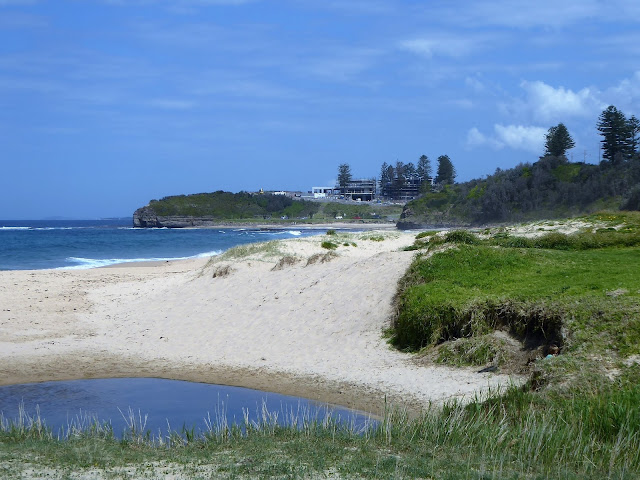 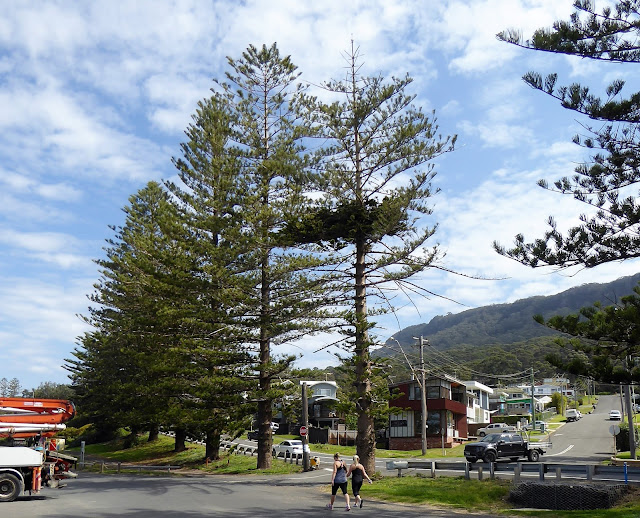 Norfolk Pines line the road by this little park. 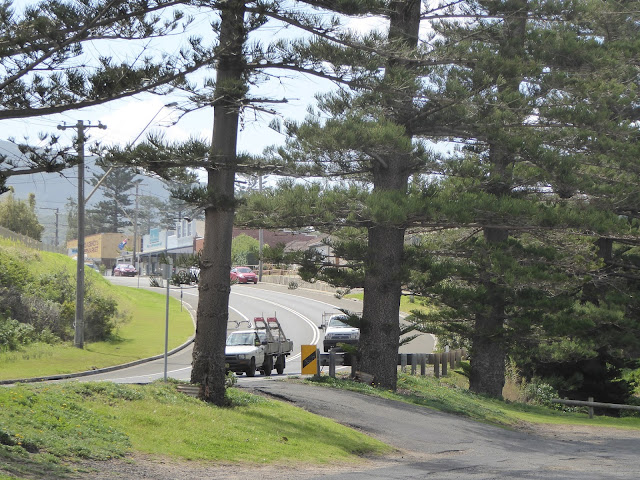 It looks like a nice area so we may investigate further.