Some of you may remember that we love Airedale terriers. We have had two Airedales and our hearts leap when we see one. Marianne has been involved with Airedale Rescue and found out through the Australian Rescue group that a group of Airedale owners were going to meet on a Saturday morning at a dog park in northern suburb of Sydney. We had to attend. 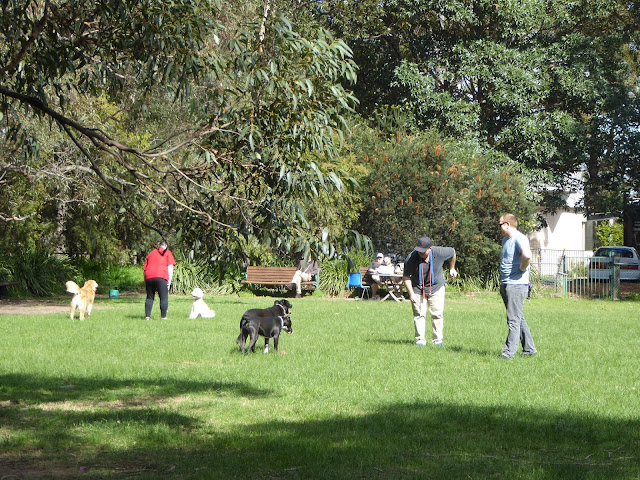 We duly arrived at the appointed time at the dog park to find no Airedales. However there were plenty of other dogs running around enjoying themselves. 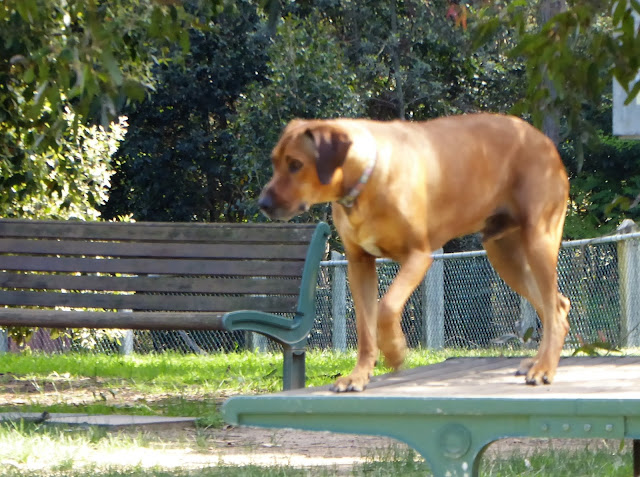 Even one on a picnic table. Dog parks are a wonderful way for dogs to get exercise and have the opportunity to play with other dogs. No doubt, they learn better manners with their peers. 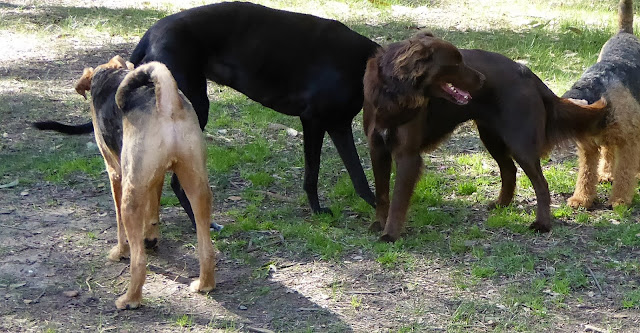 After a few minutes, a couple of Airedales arrived to join the happy throng. 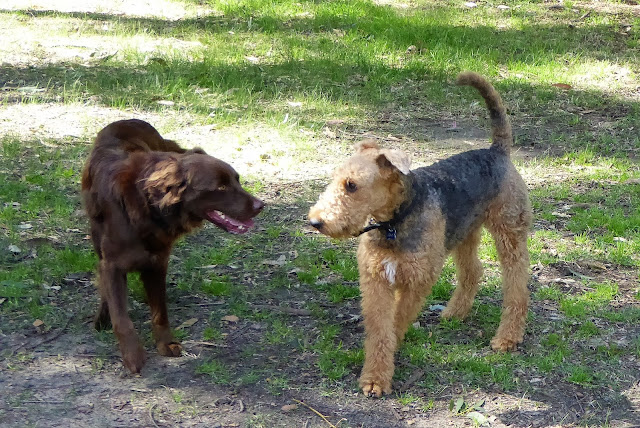 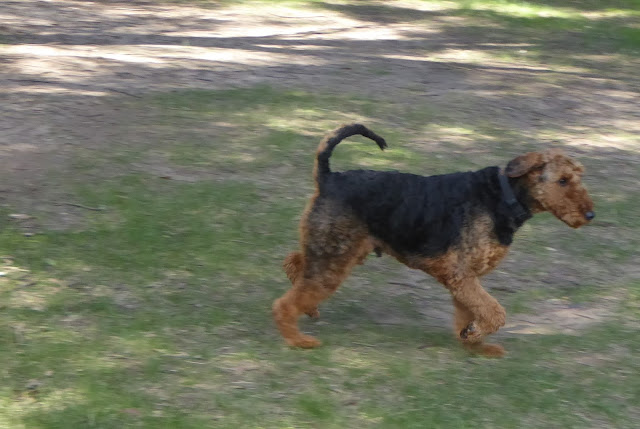 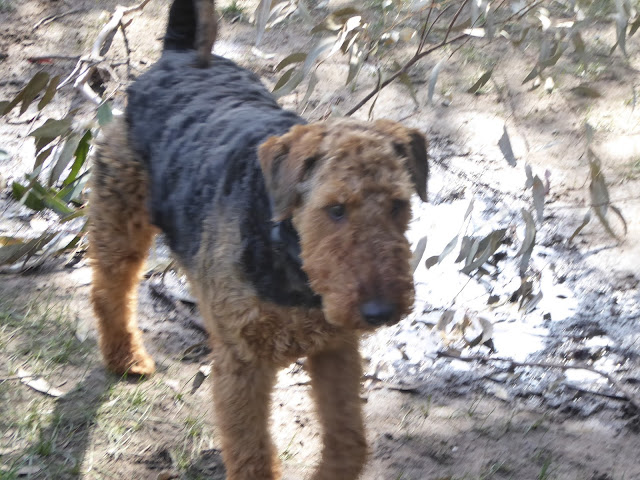 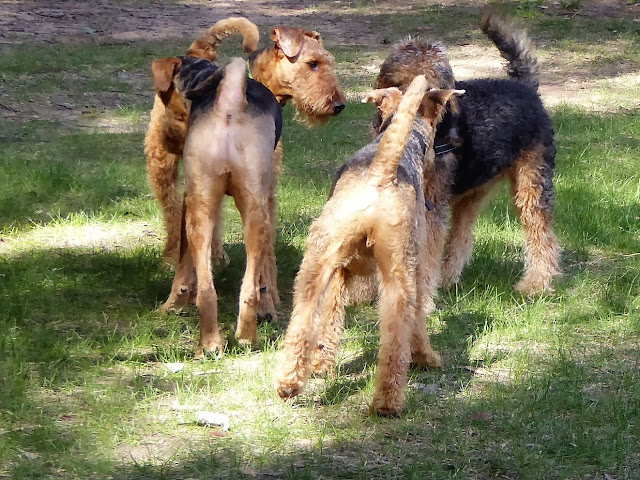 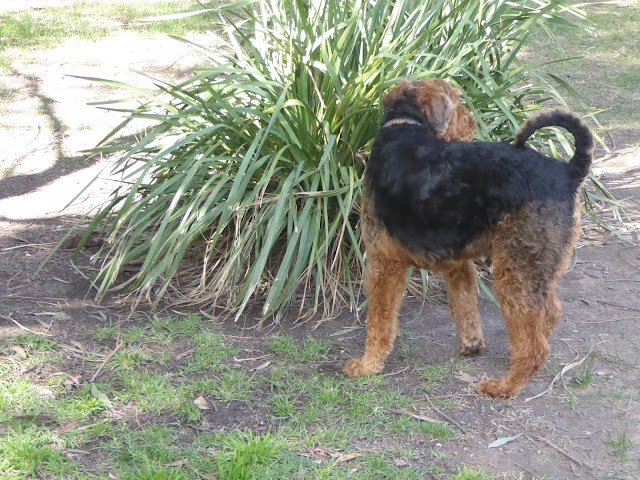 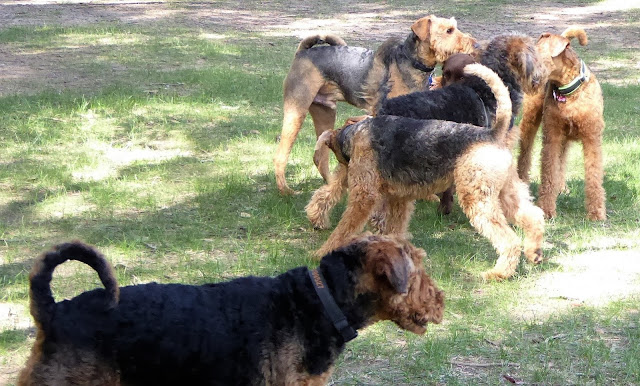 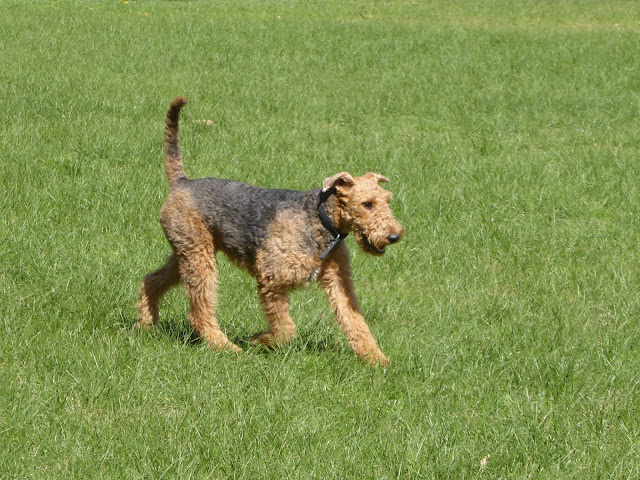 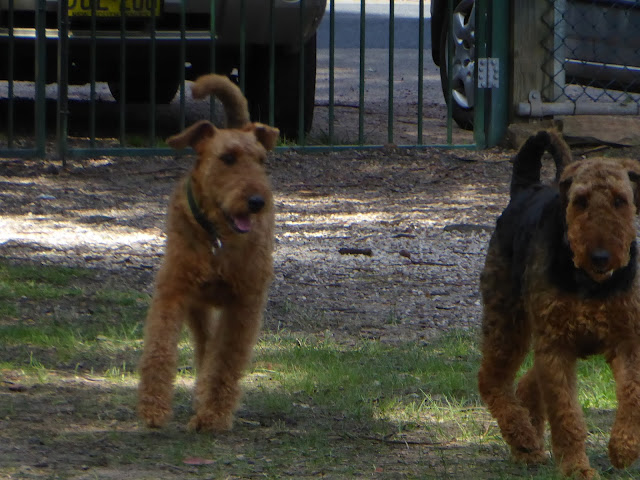 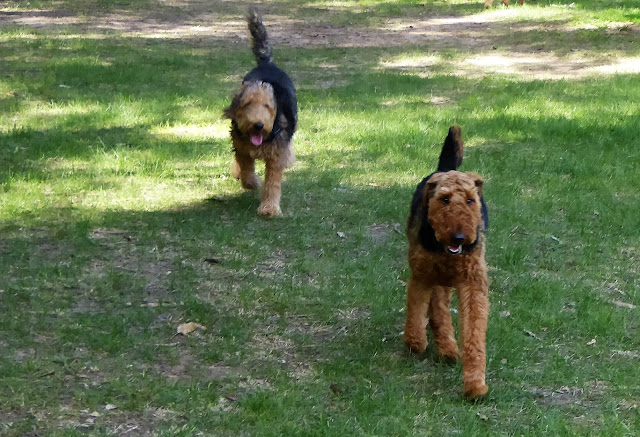 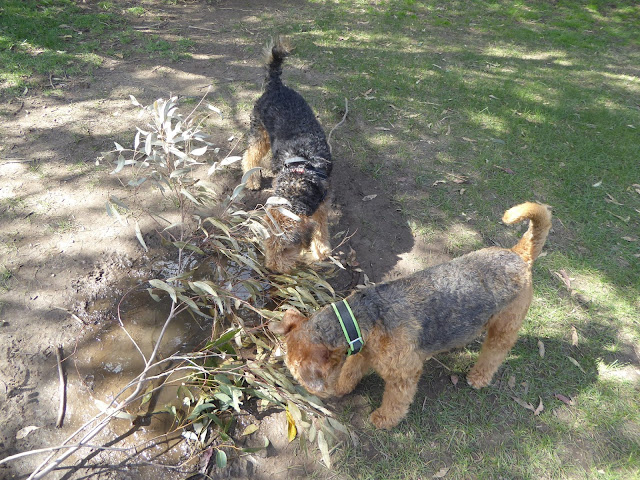 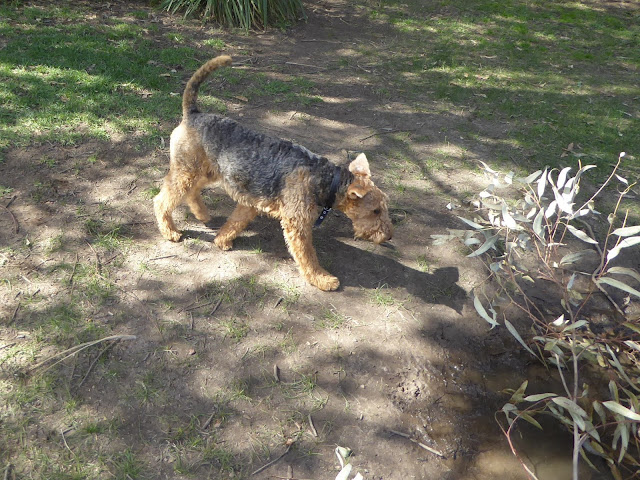 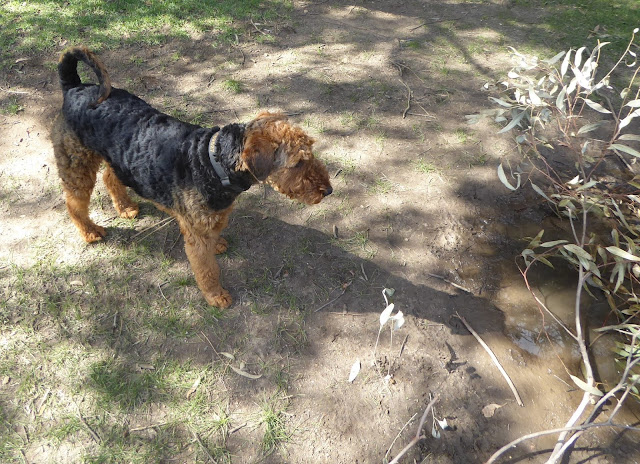 This gum tree branch was quite fascinating and needed a good sniff by all the dogs. 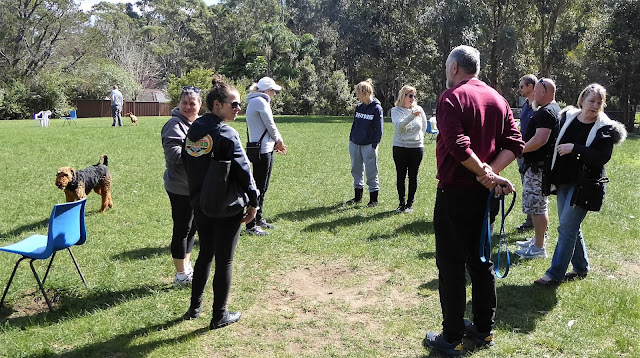 Of course there are these things called owners or companions. At least they are not slaves like cat owners. Aussie humans tend to gather in a circle and talk to each other. They don't run around too much and they are usually reasonably well behaved. 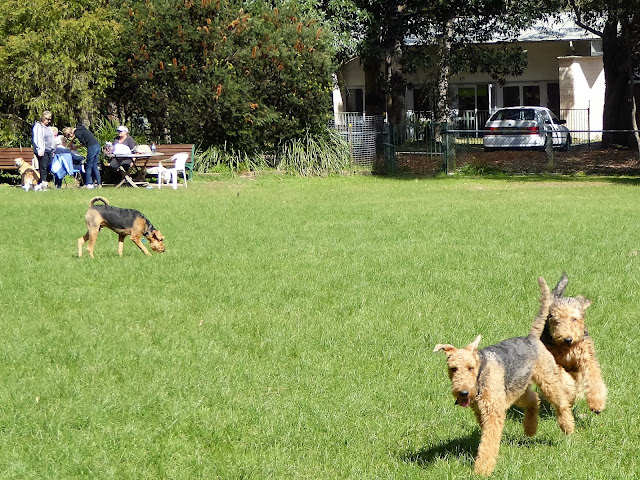 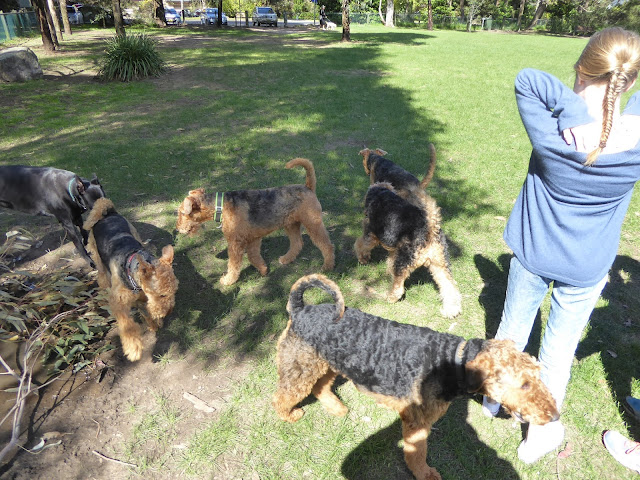 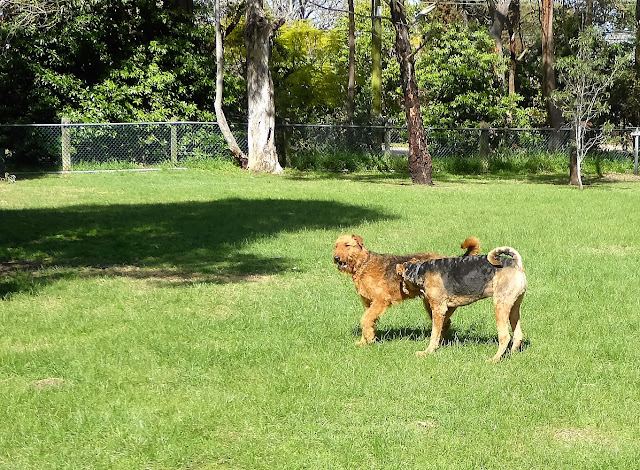 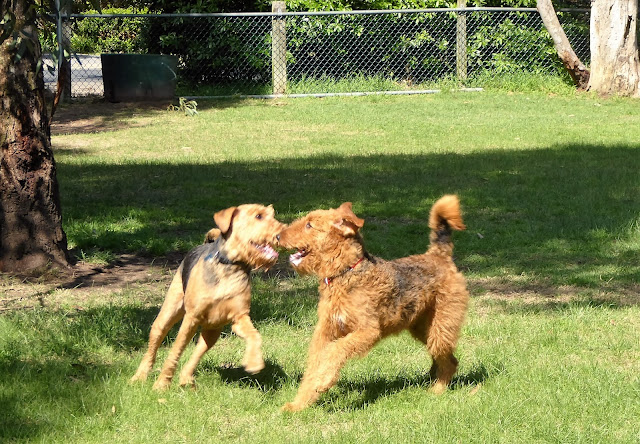 My favourite photo out of the bunch. Playtime. 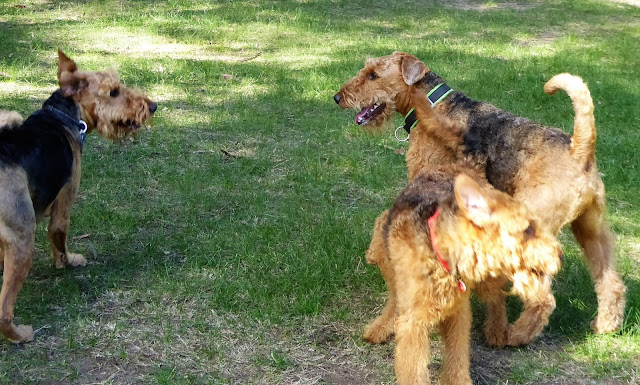 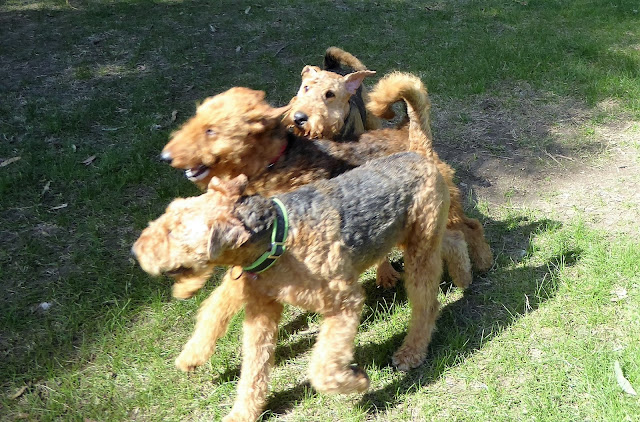 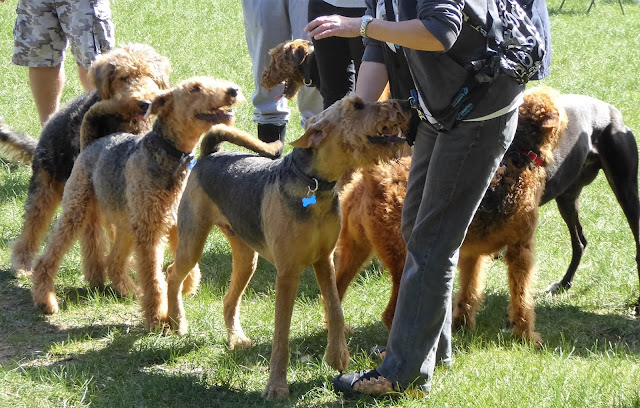 It was wonderful to get a dose of these wonderful dogs. The owners were friendly and made us feel welcome.

Of course, there are Airedales in the USA and some of you might remember my blog about Airedales at the Montgomery County Kennel Club Terrier Show from 2014.