Most mornings it is absolutely beautiful in Sydney. 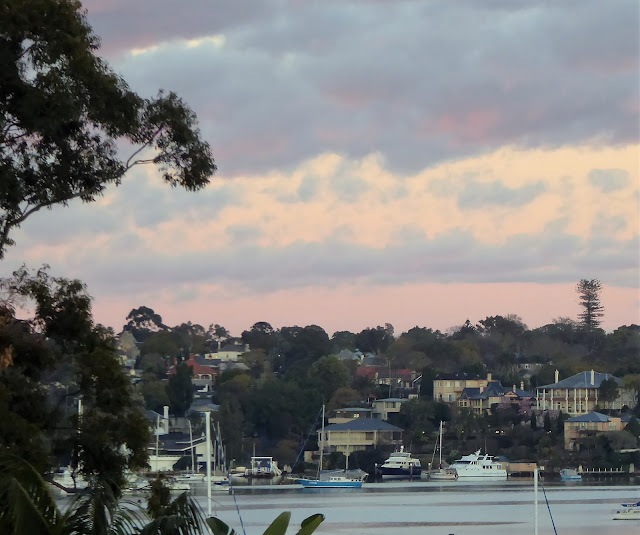 Early morning, probably about 6 am. 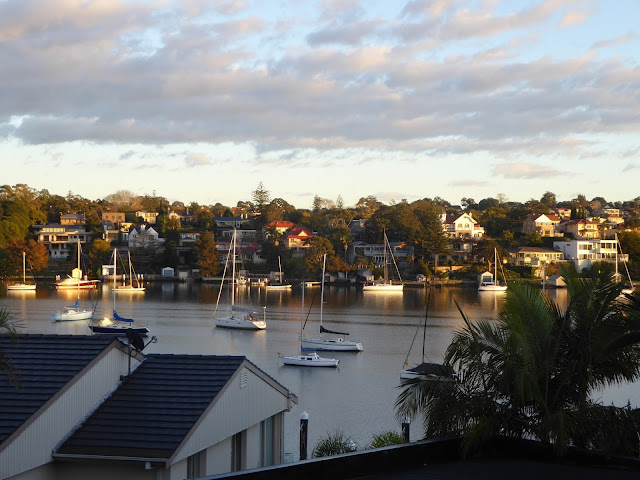 The sun comes up and the light is gorgeous. 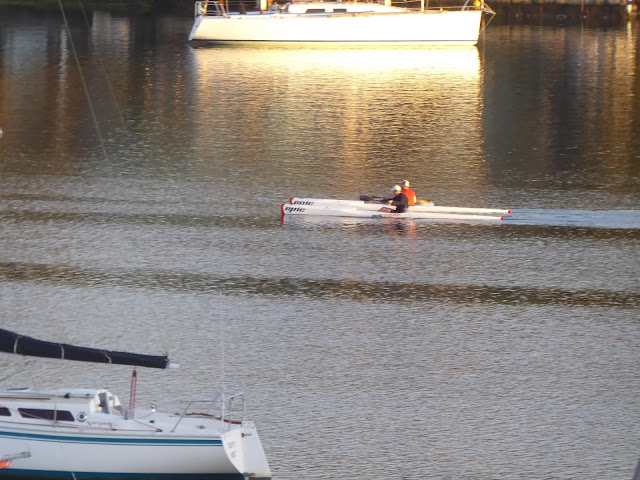 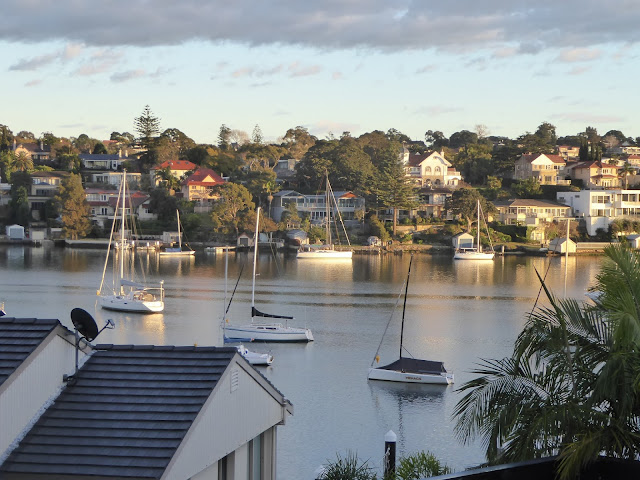 Our hosts left about 7:00 to go to the airport. They were picked up by a friend. Later that morning we headed off to an Aldi to do some shopping. And yes, they are much cheaper than the traditional large chains, Woolworths and Coles. 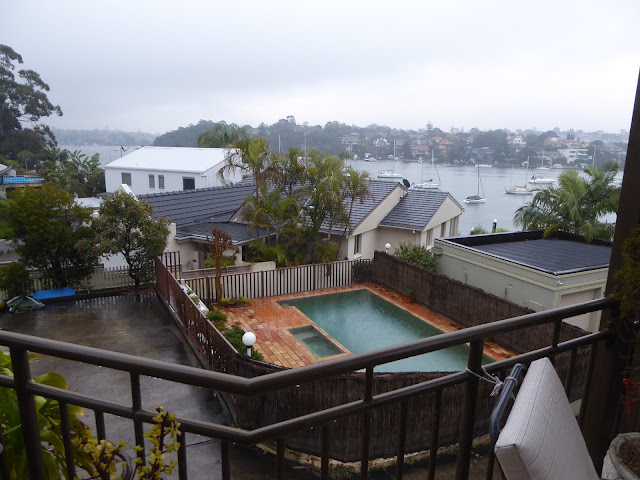 The next day, it rained, all day. The big blob of rain came from the north west and we probably had over an inch or two before it was done. Our host would have been pleased since it also rained up at his farm. Australia is generally a very dry country so while sometimes it rains too much, in general Aussies welcome the replenishment of water supplies.

And yes, blob is a scientific term. 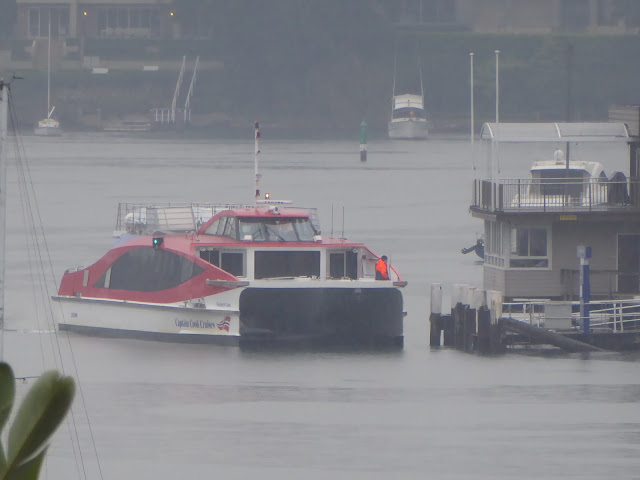 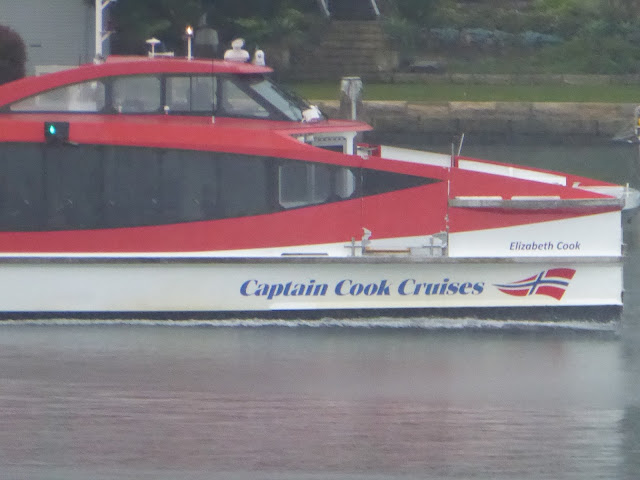 We saw a catamaran going up the Lane Cove River which the house overlooks. This company runs Harbour cruises during the day but to make some extra money, runs a passenger ferry service during peak commuting hours. The route is not part of the regular public Sydney Ferry service.

Needless to say, commuting on a ferry is much more relaxing than sitting in traffic for an hour in a car or on a bus. 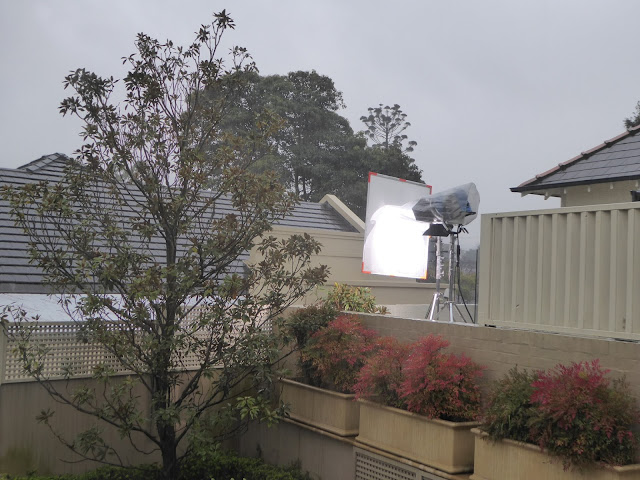 Meanwhile, filming still proceeded on the next series of 'Here come the Habibs' at the mansion next door. Presumably, they wanted to pretend that the sun was shining.

Here is a clip about the house and location. I presume it is helpful to have seen some of the series.