If I am in south east Queensland, I generally try to visit my home town, Maryborough and the jetty at Urangan in Hervey Bay. It's about 200 miles north of Brisbane. 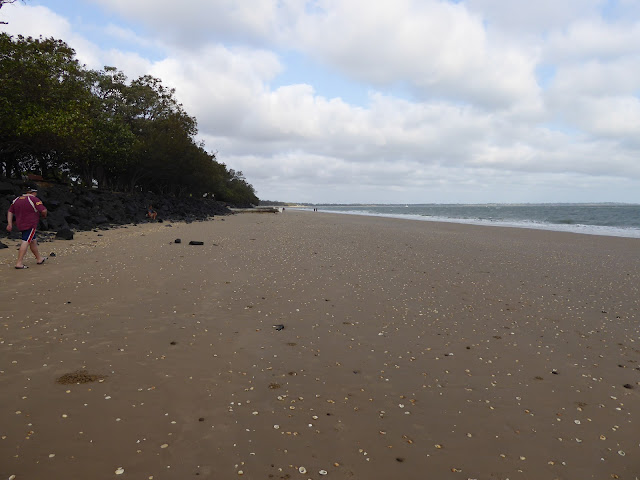 We stayed in a very nice Airbnb across the road from the beach and next morning we decided to visit the waves. Well waves is an exaggeration. Large ripples is a more accurate description. However there was a strong breeze blowing from the bay so it felt good. 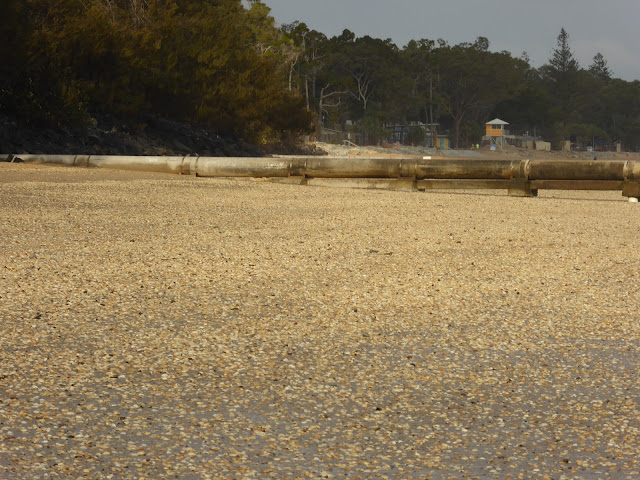 This area is known as Shelly Beach and I have never seen so many shells in one area before. 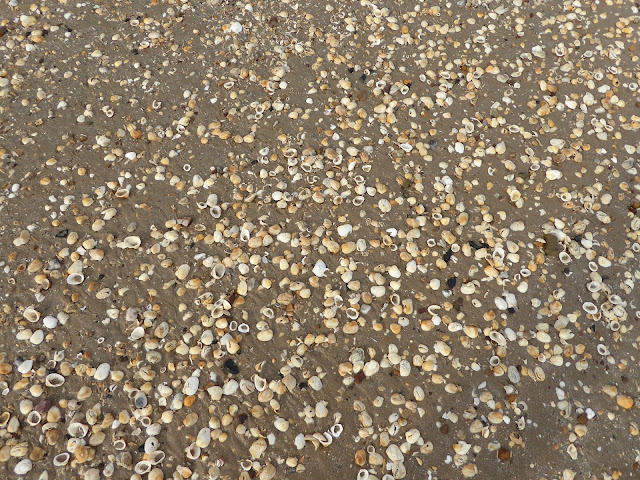 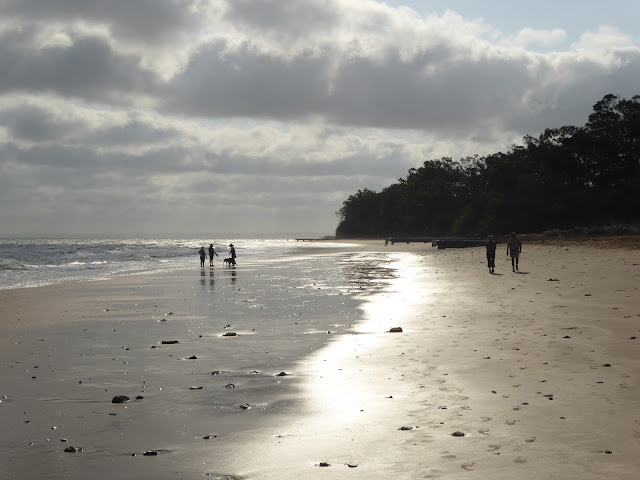 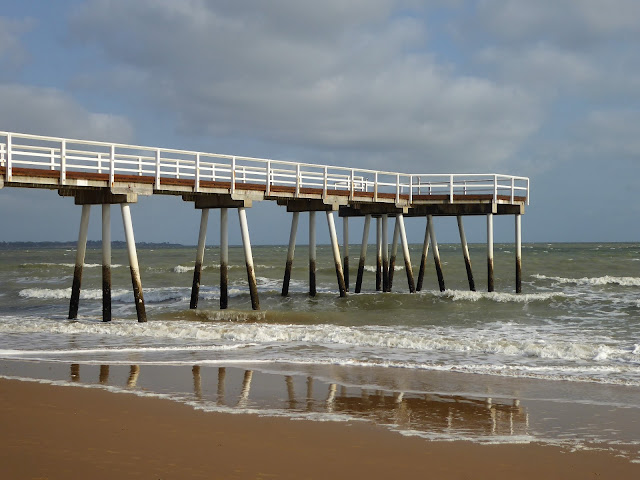 We walked a mile or so to the very small jetty at Torquay. This is a popular 'lay on the beach and go for a swim' area. 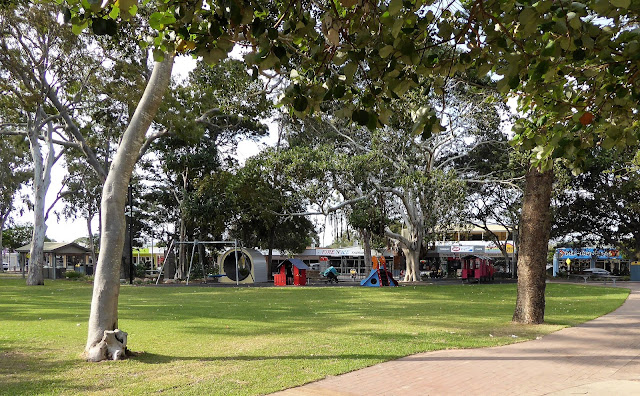 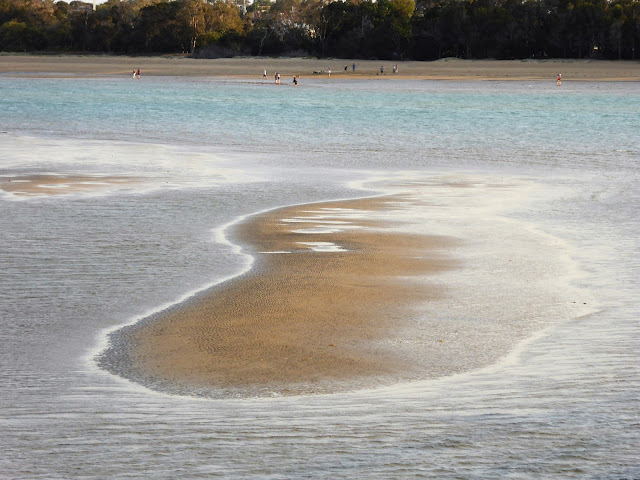 Later we went for a walk on the long jetty at Urangan. The tide was coming in so the sand bars were disappearing. 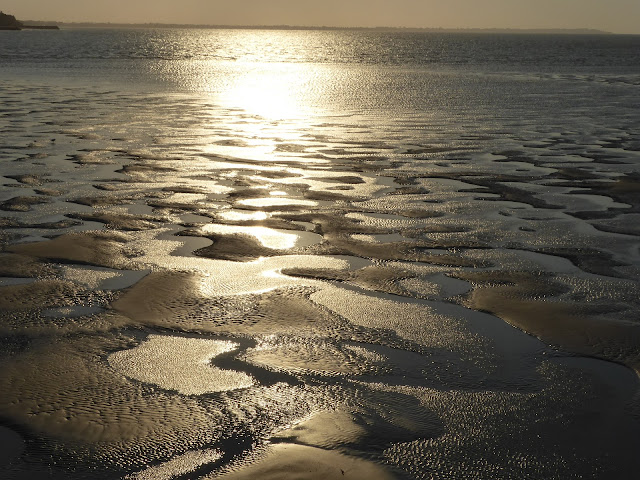 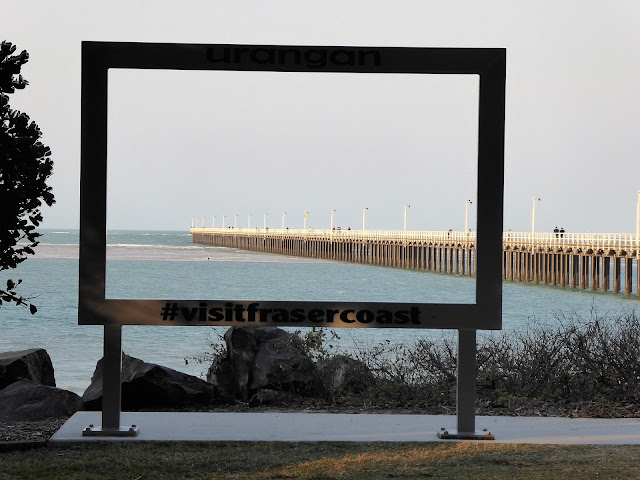 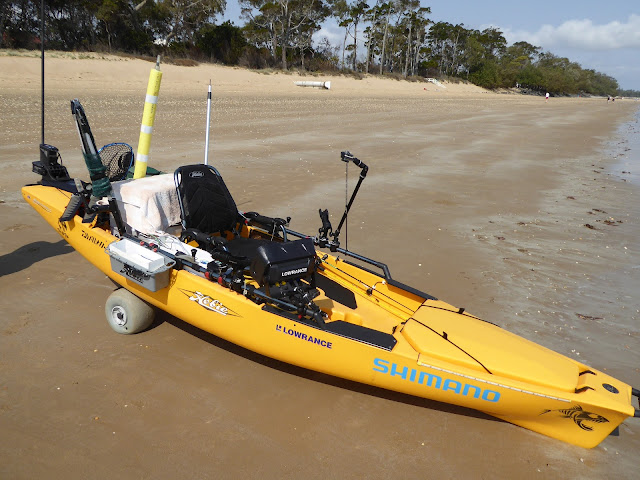 Next morning we went back to the beach. I think you could circumnavigate Australia on this. 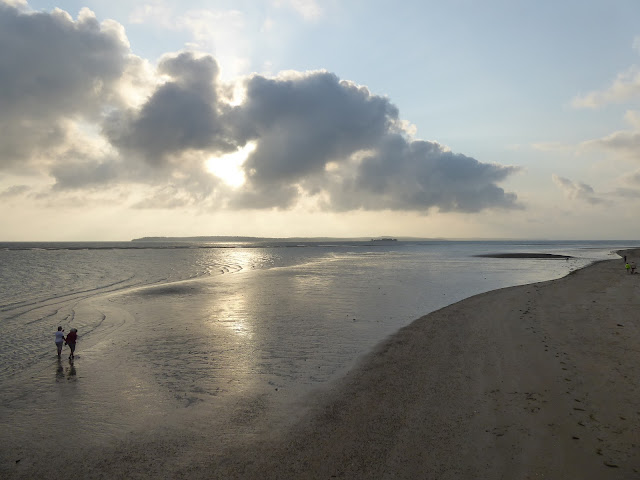 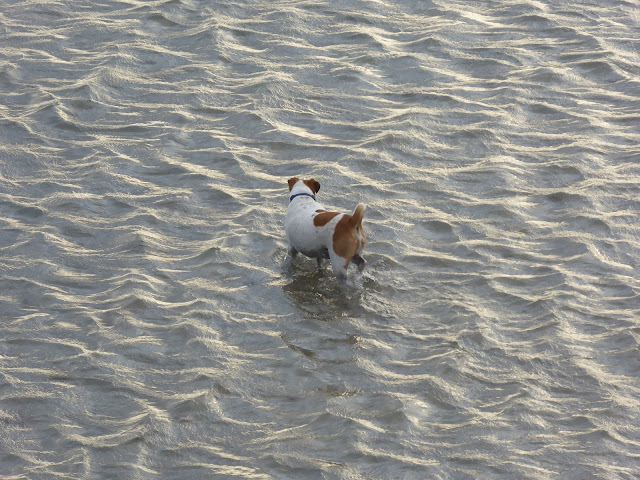 Lots of dogs were playing. 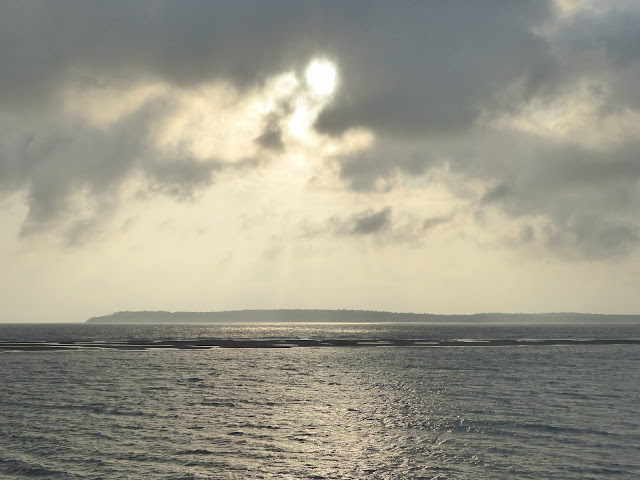 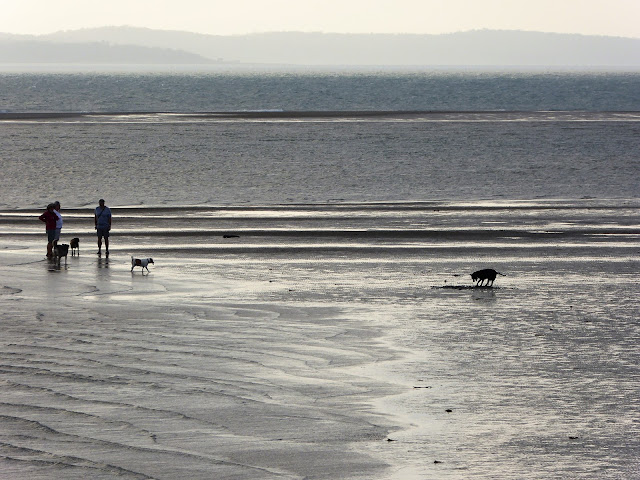 Off in the distance is Fraser Island. It is the world's largest island (75 miles long) composed entirely of sand. Naturally, it prevents ocean waves reaching this beach which explains the ripples. 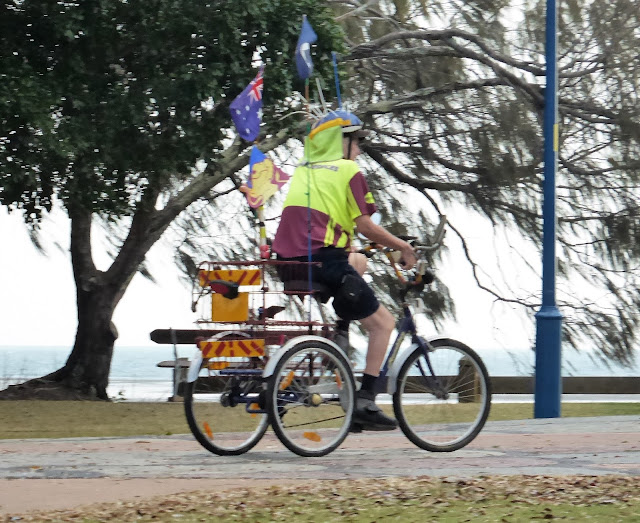 This vision passed by. 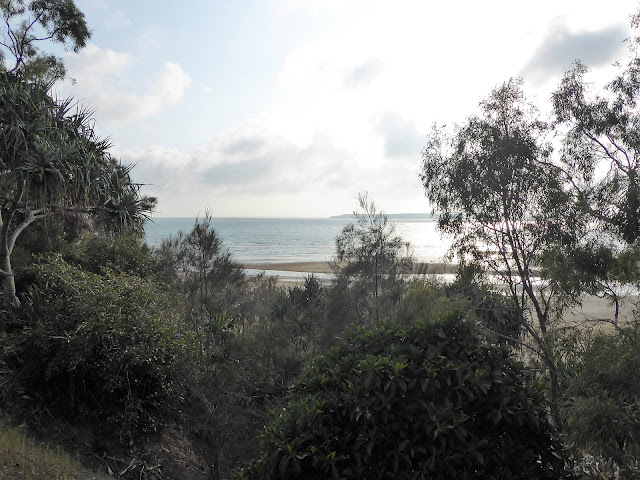 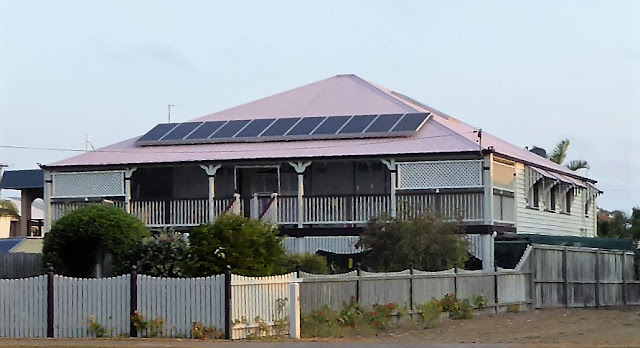 I think this is the only pink roof I have ever seen. Perhaps it will set a trend. 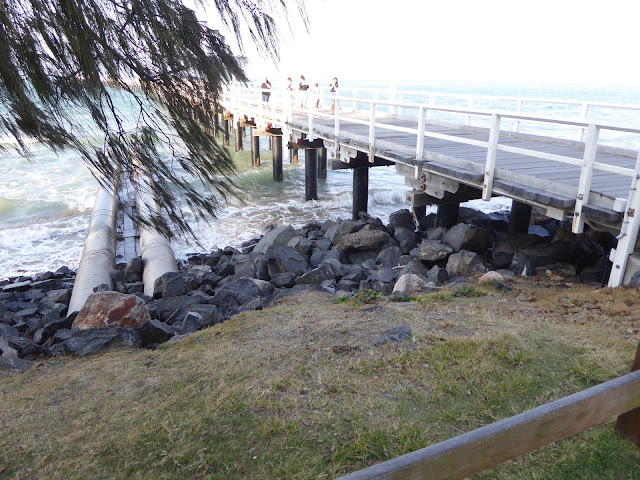 Later we went back for our final walk on the jetty before flying to Melbourne. The tide was in again and they need the big black rocks to stop erosion. Years ago before a boat harbour was built a few miles to the south, there was much more sand. 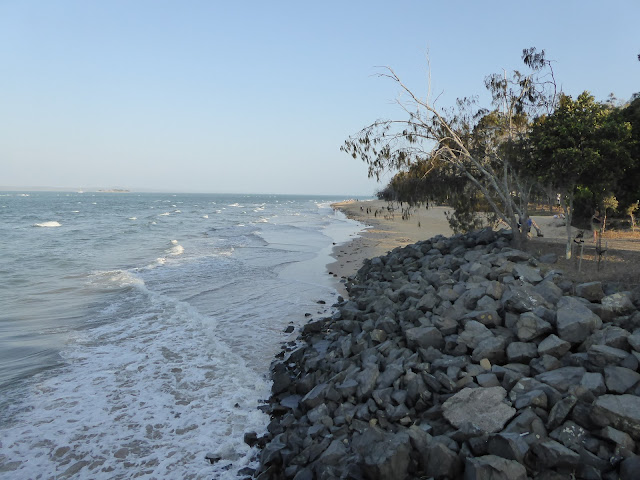 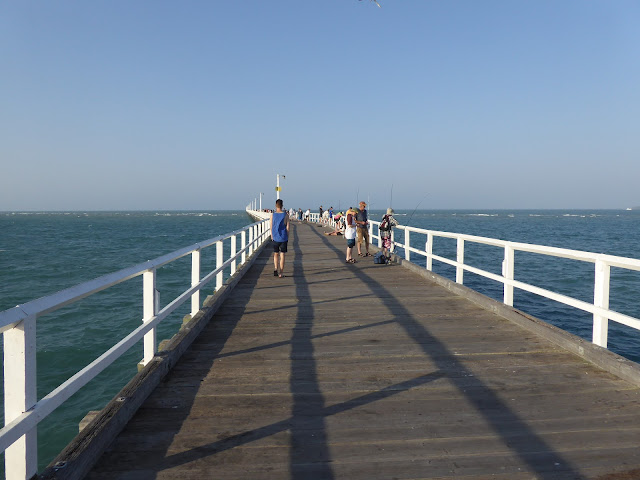 It was a very hot Friday afternoon and the jetty was a popular place to be. 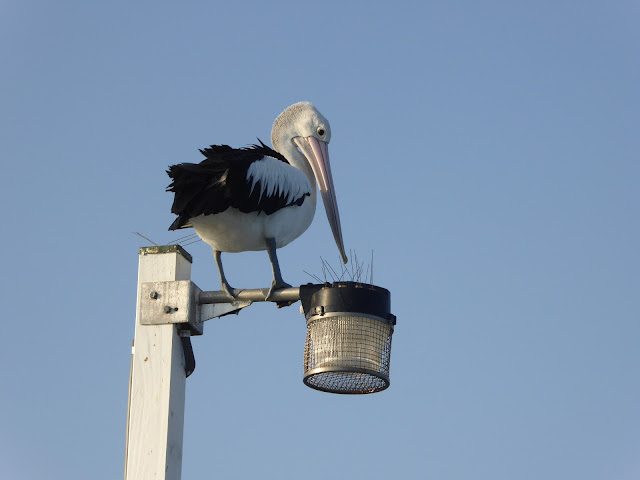 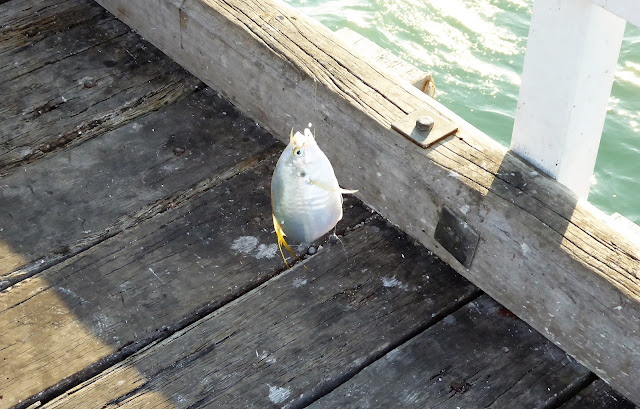 This fish was in the water just ten seconds before. 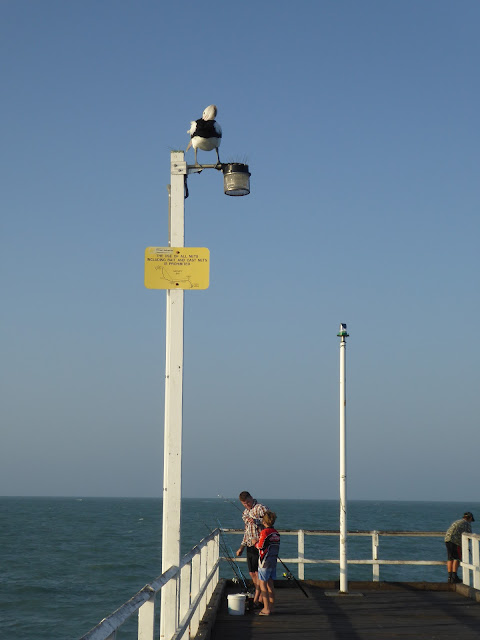 The end of the jetty which is 880 meters long. Each time I go out to the end, I wonder if I will get to come back again. 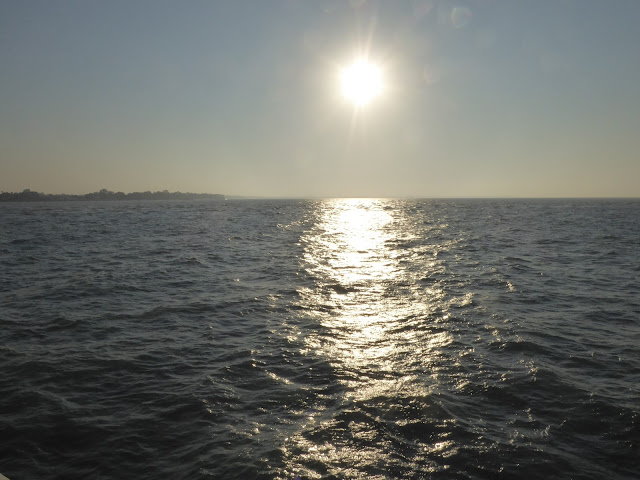 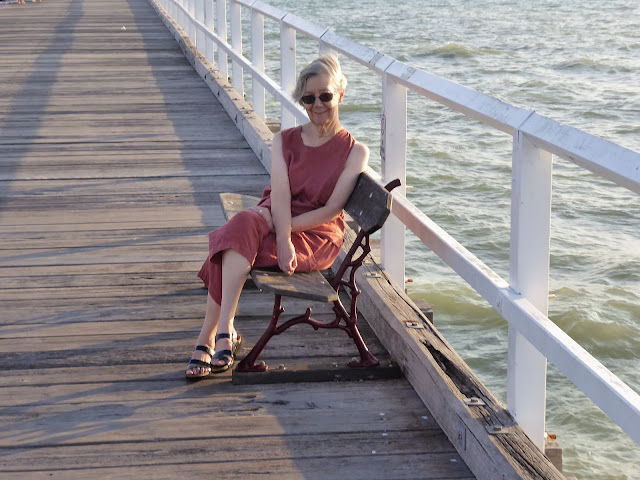 On the way back, I met this elegant lady who followed me home. I decided to keep her. 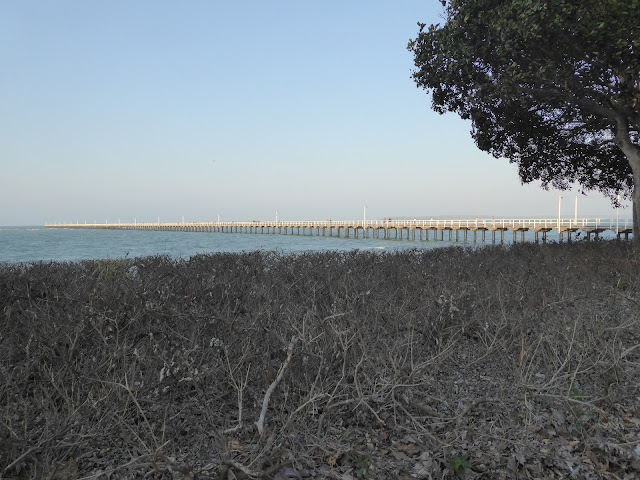 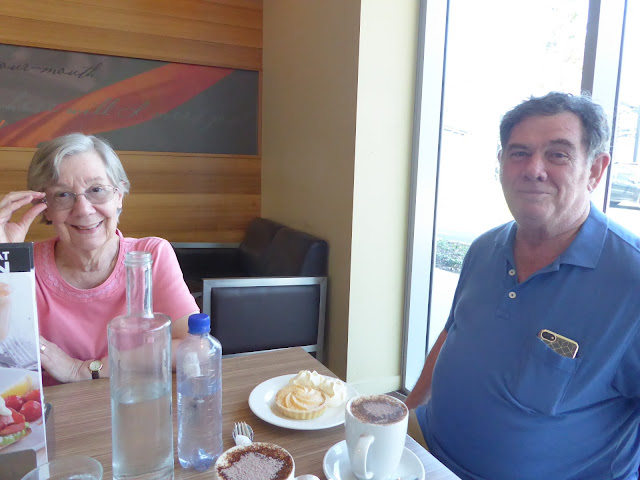 Next morning we headed off to Brisbane Airport to fly down to Melbourne. Our old friend Geoff turned up so we had a coffee and something to eat. He's off to Amsterdam in a couple of weeks.