No, not gorge on quilts, but two different subjects. 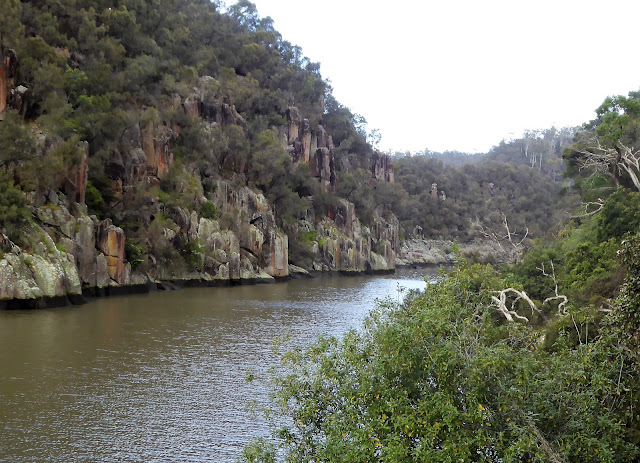 Last year, Robin and I walked the path that goes around the Cataract Gorge in Launceston. Marianne did not want to do the steep hill so we just walked the relatively level path that stays close to the water. 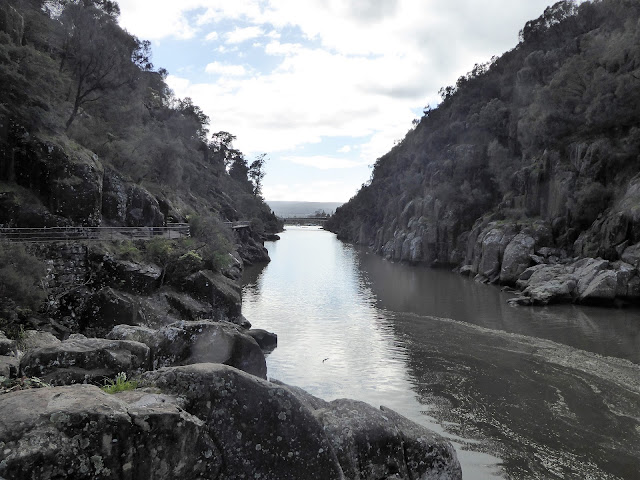 Last year, the Gorge was in flood. The water was much lower and more sedate this time. 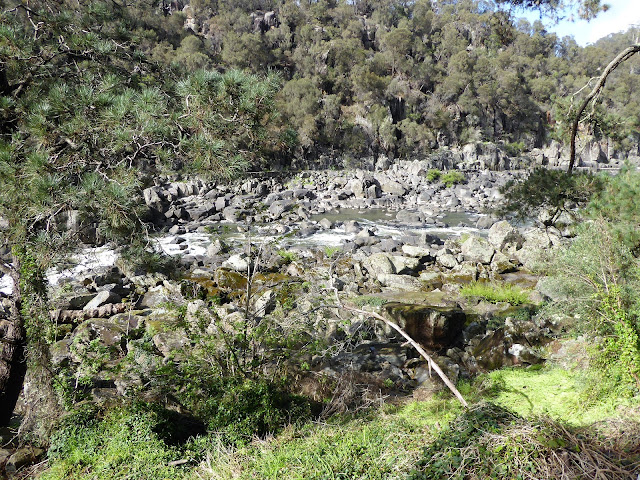 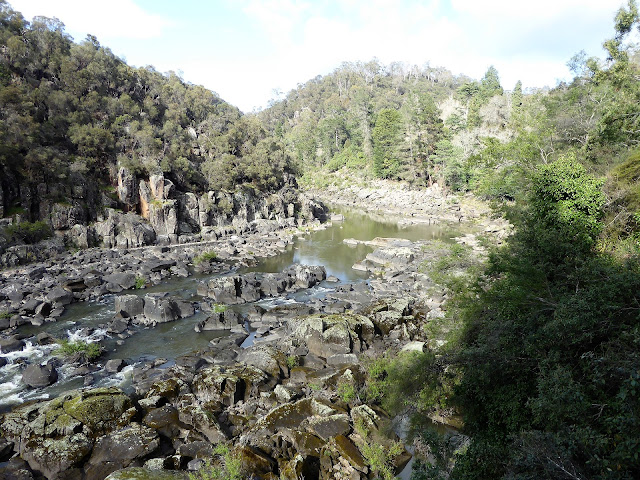 These rocks were all covered by rushing water last year. 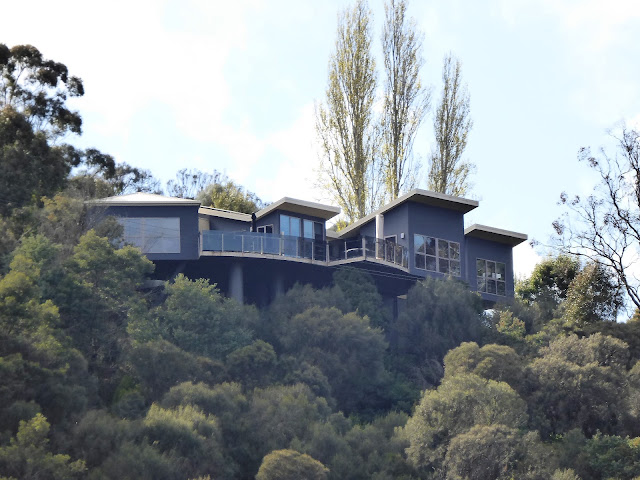 Interesting house high up on the other hill side. 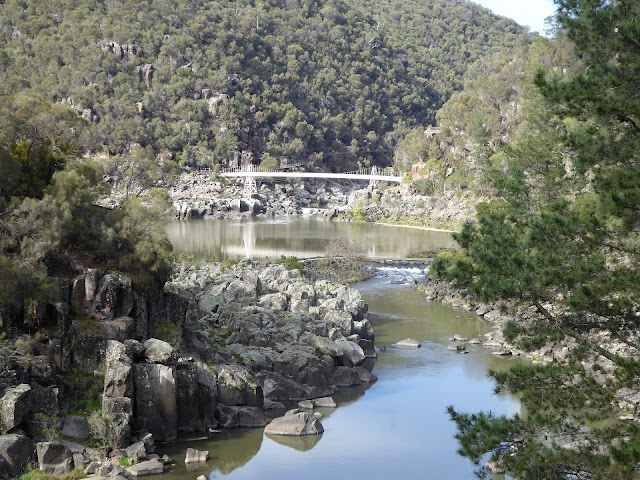 As calm as a mill pond. 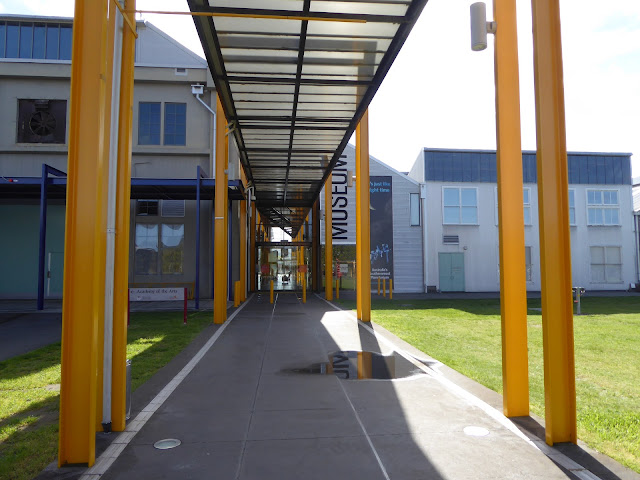 We then went to the Queen Victoria Museum but when Marianne found out that there was another museum with quilts on display, we soon headed off. However, before we left I wandered into the auditorium where they were showing a film of Launceston made in about 1965. It was fascinating to watch the Australia from my late teens.

You can see it here.

There are films from other towns and cities and they are available here. 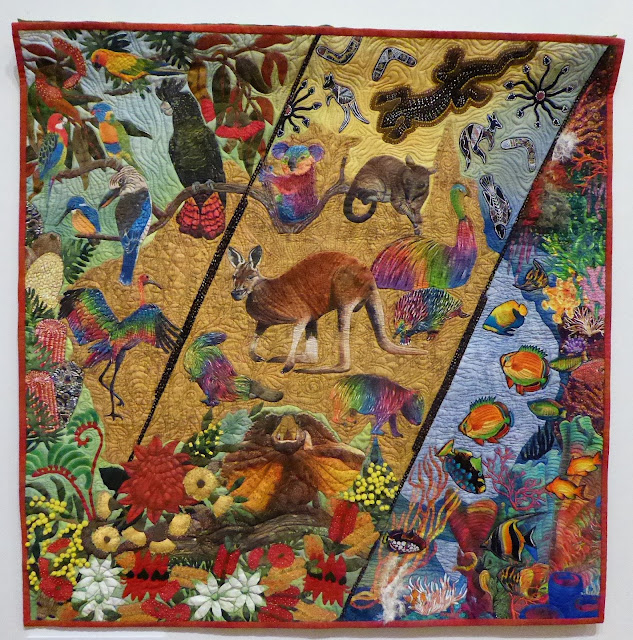 So we headed over to the QVMAG Art Gallery and there were plenty of quilts. If you want to see more detail, click on the picture. 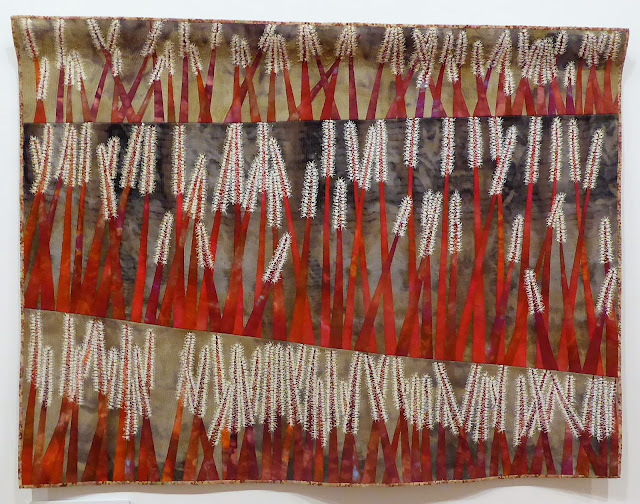 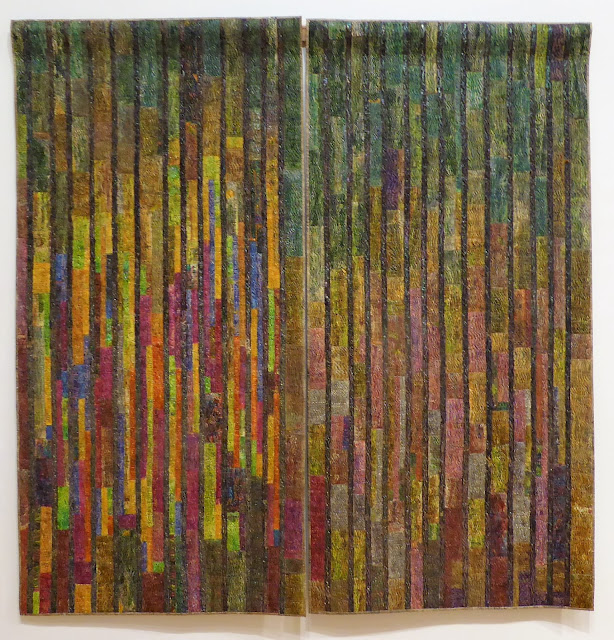 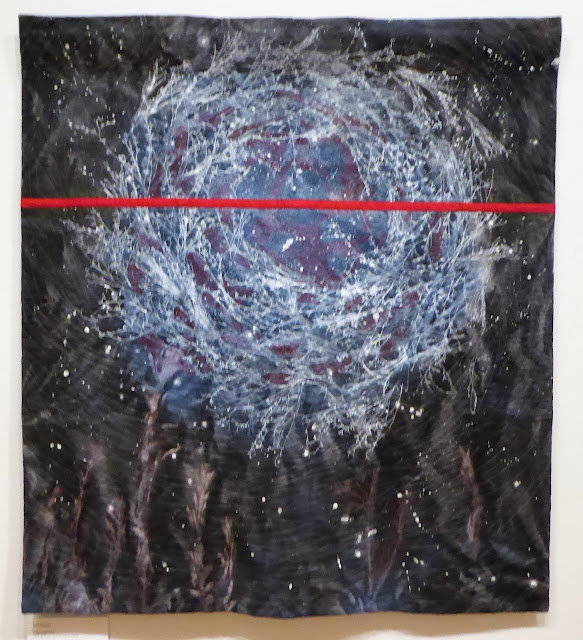 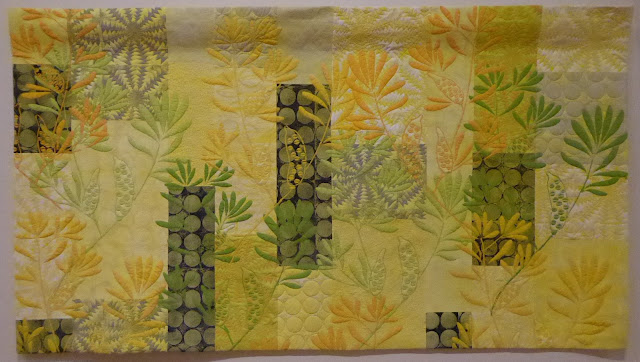 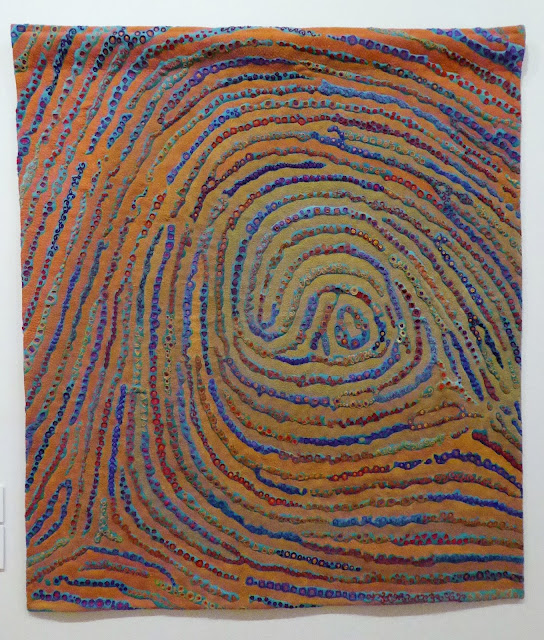 The winner. Marianne was fascinated by how this was constructed. 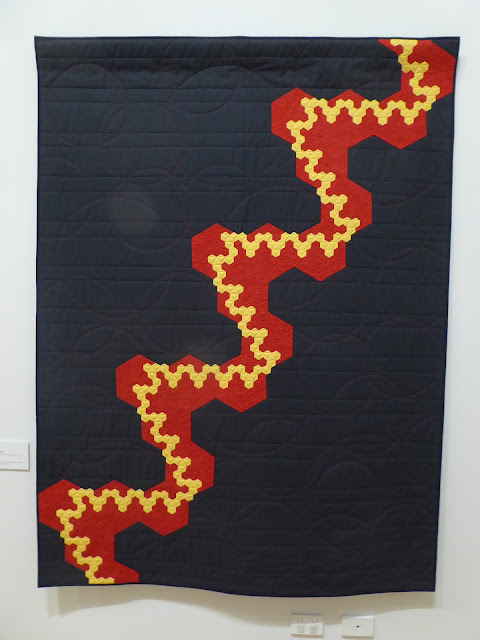 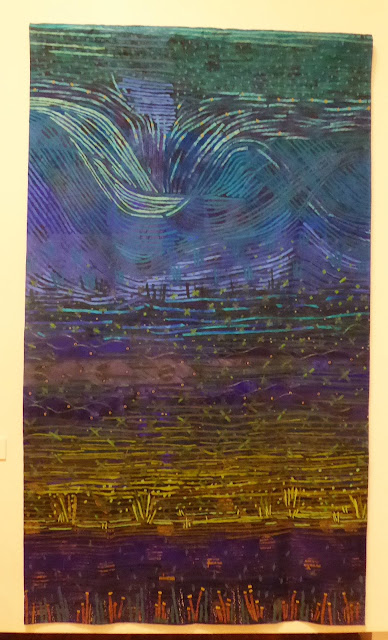 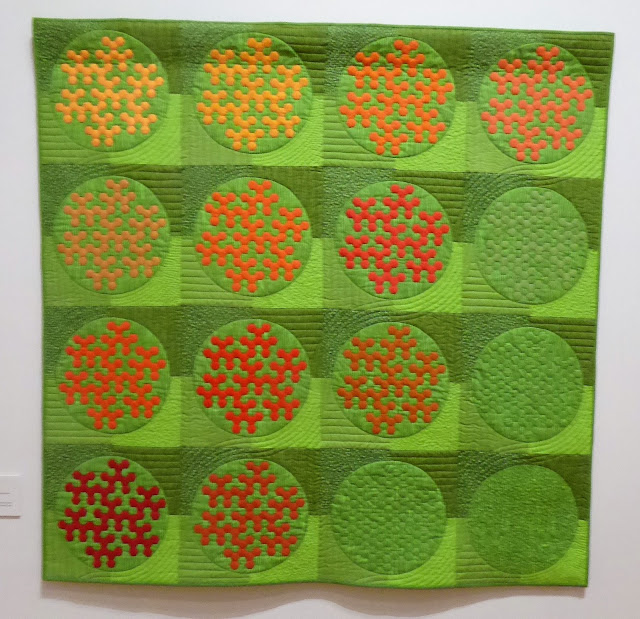 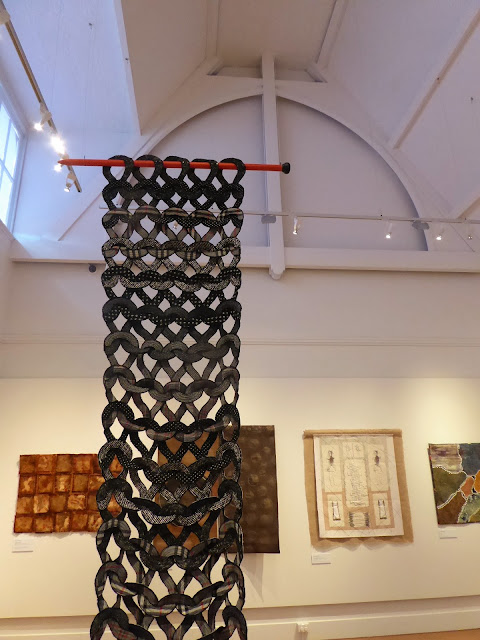 I  liked this hanging as well. 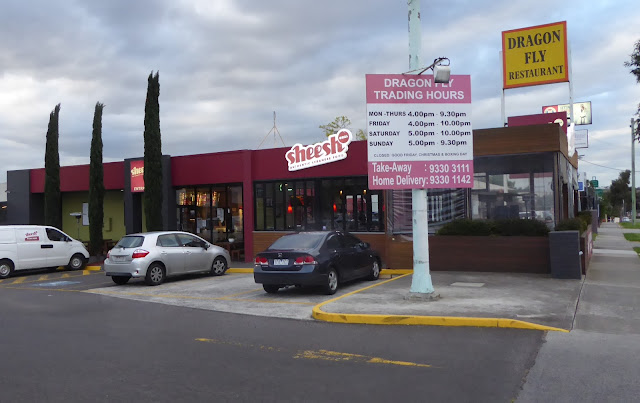 Later in the day we flew to Melbourne and stayed at a motel near the airport. For dinner we went to a Lebanese restaurant close by that was located in what appeared to be a former fast food shop. 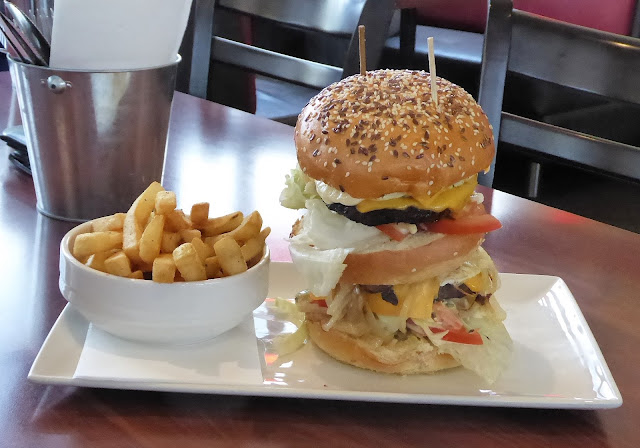 The bloke next to us demolished this huge hamburger, really two hamburgers in one. Most Aussies are now overweight and if you looked at the film of Launceston from 50 years ago you will notice how thin people were back then by comparison to today. 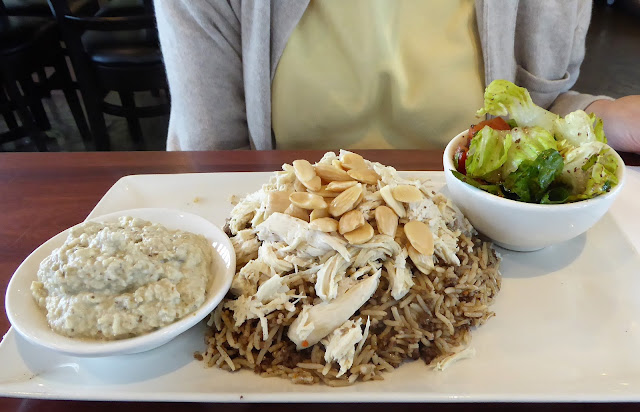 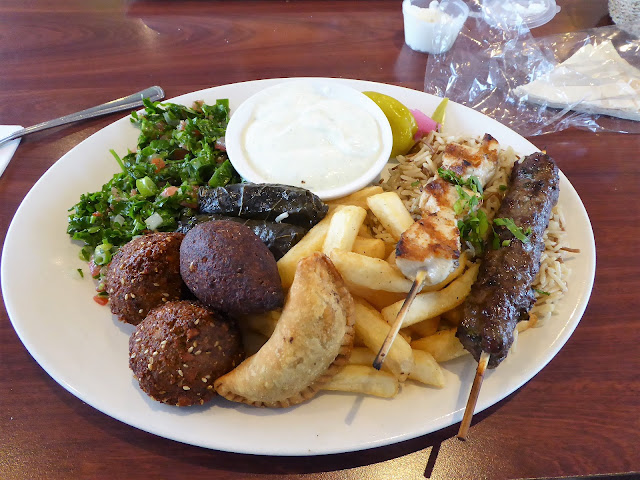 Our meals were large as well. I did not eat the chips but the rest of it was delicious. Marianne left about half of her meal.

So it was a great trip to Oz but I wished we could have stayed longer. Our flight across to LAX on a Qantas A380 was great because the plane was only about one third full. Marianne had three seats to herself by a window and I had four seats in the middle section. I was able to lie down and stretch out and got a lot of sleep.