This is the third wharf / pier / jetty to feature on this trip. Sterns Wharf was originally built in 1872 to service ships but also to act as a breakwater. 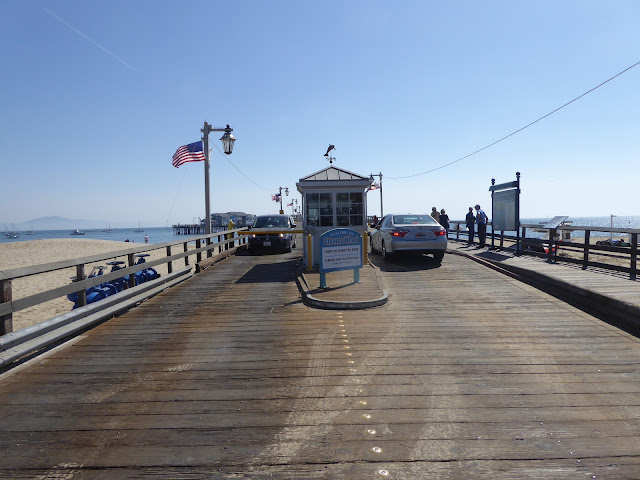 It's quite wide with room for two cars and a pedestrian walk. 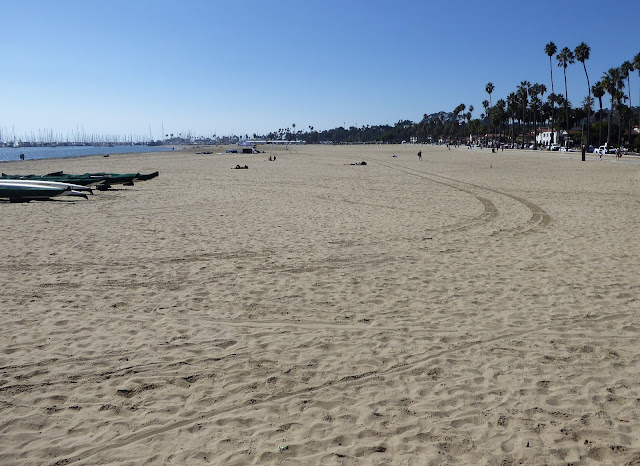 It's ok as a beach but other than being flat is not all that wonderful. 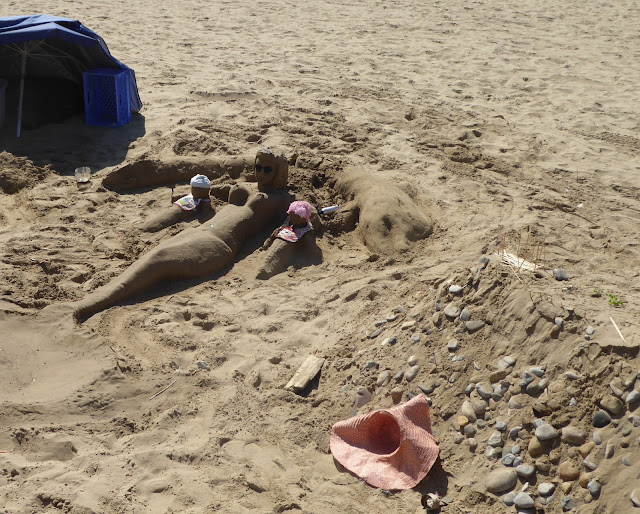 A bloke was carving sand mermaids in the hope of getting donations. 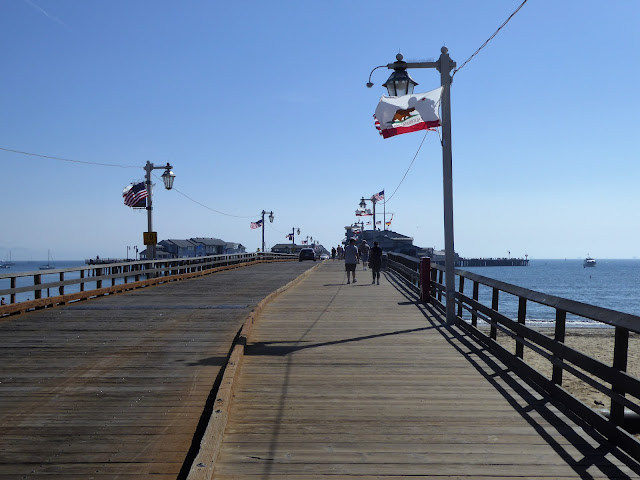 The wharf is about 650 yards long but it doesn't seem that long. 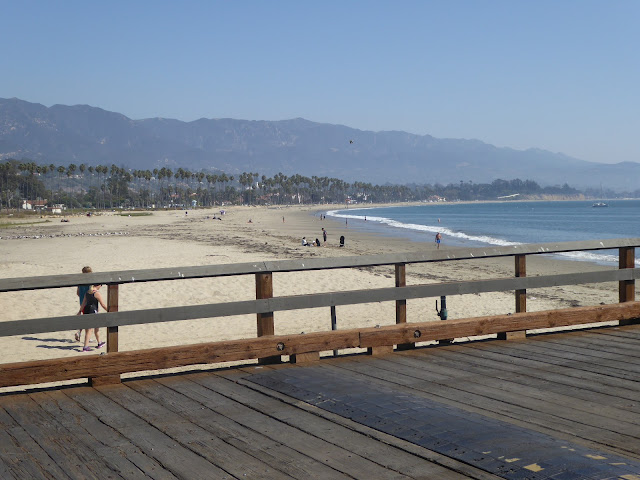 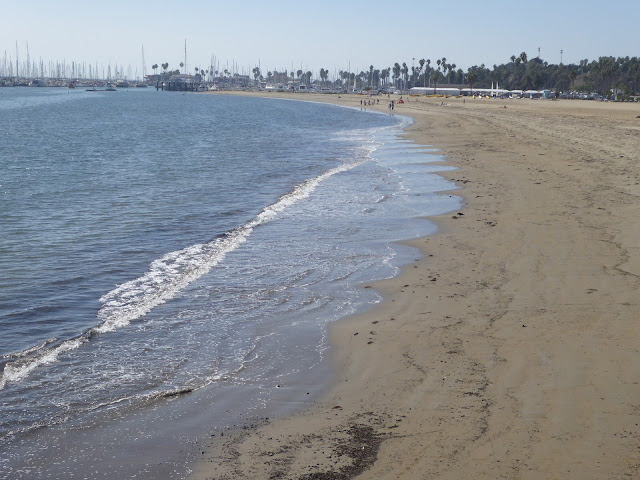 The ocean was as calm as a millpond. They get large waves in winter. 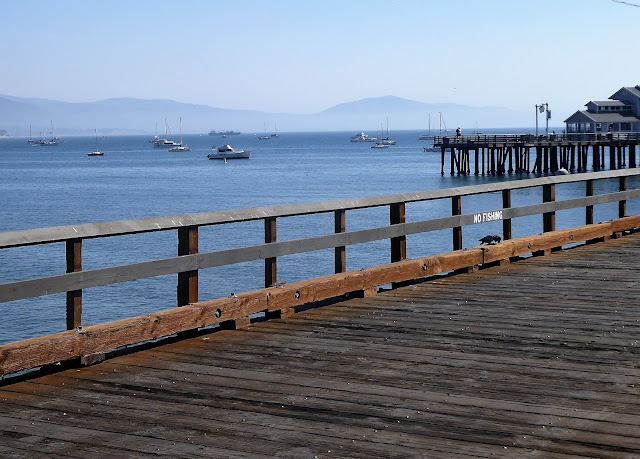 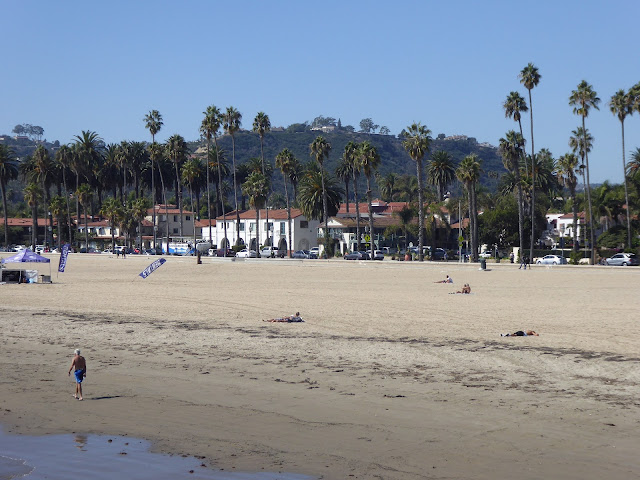 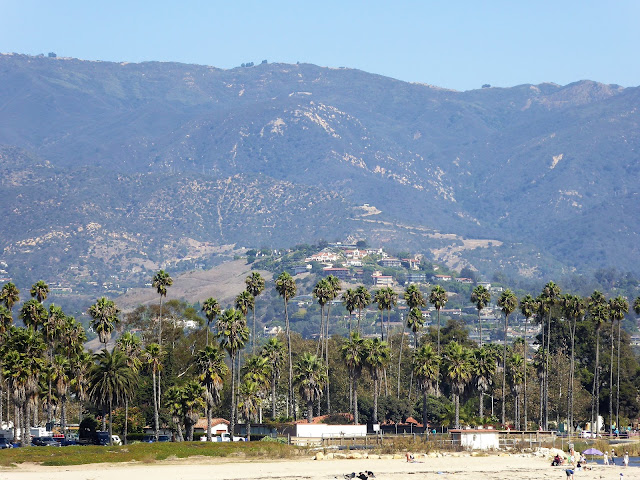 The hills behind Santa Barbara. 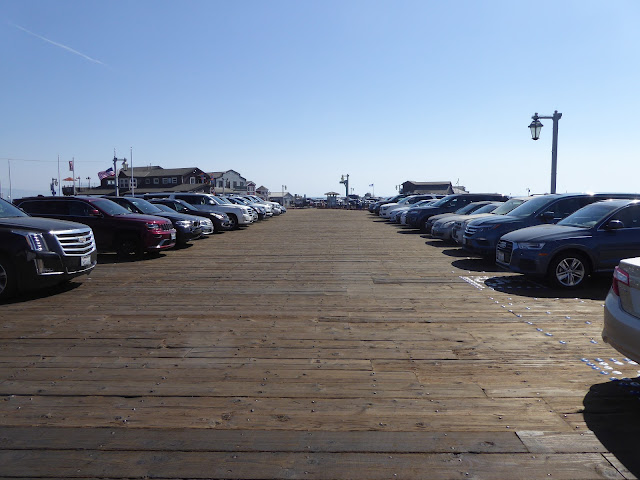 To my surprise, there is free parking for a short period out on the jetty. The idea might be to make you more likely to eat at one of the restaurants at the end. 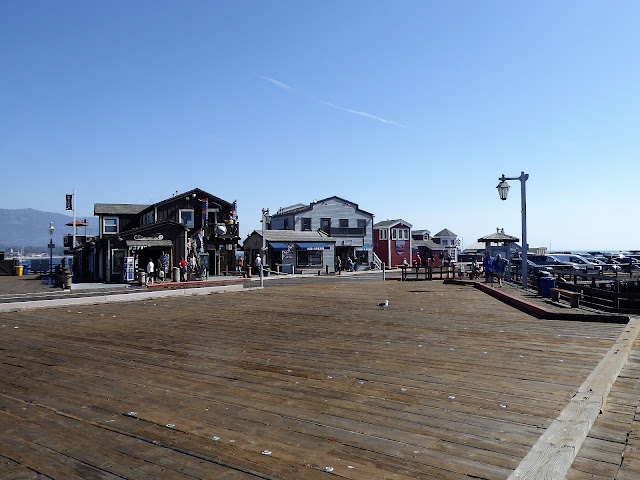 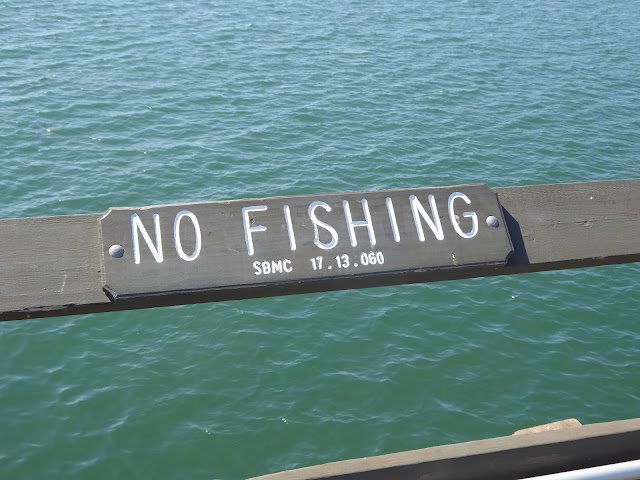 No fishing at this part of the wharf, but it is allowed further out. 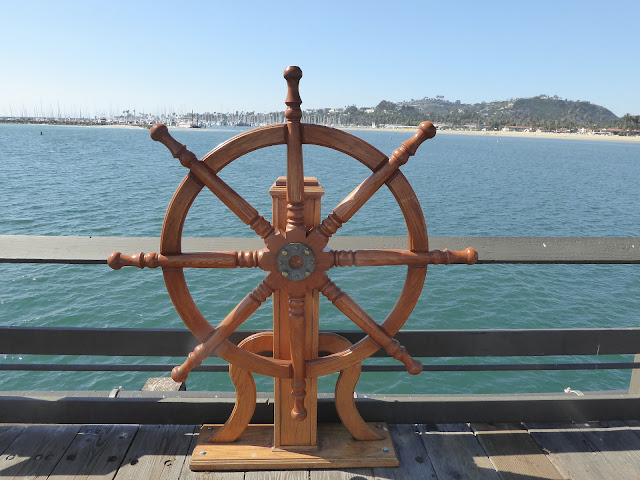 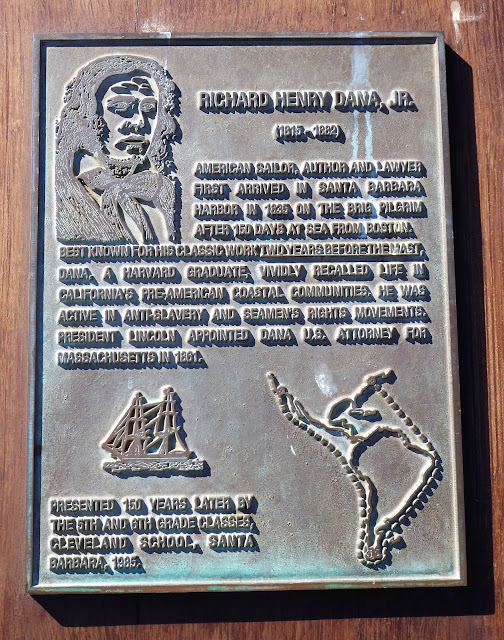 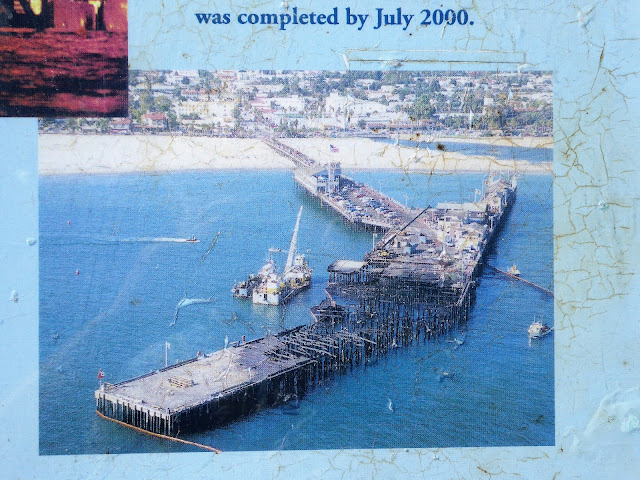 The wharf has been damaged by storms and earthquakes over the years but a fire in 1998 resulted in huge damage which has since been repaired. 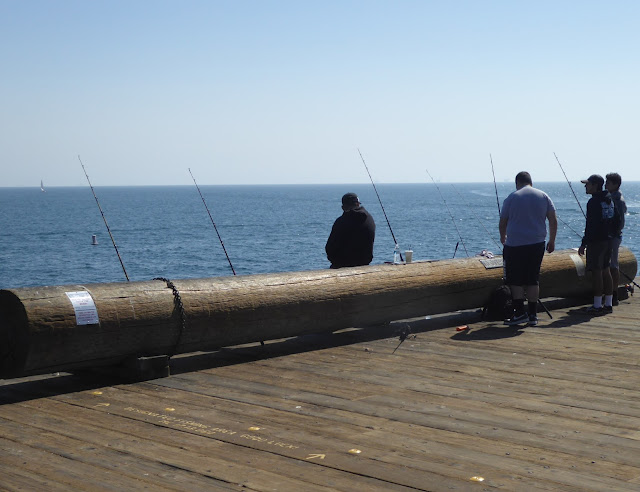 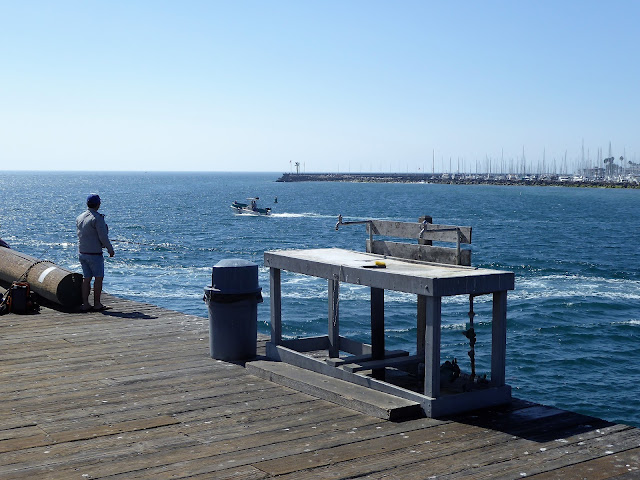 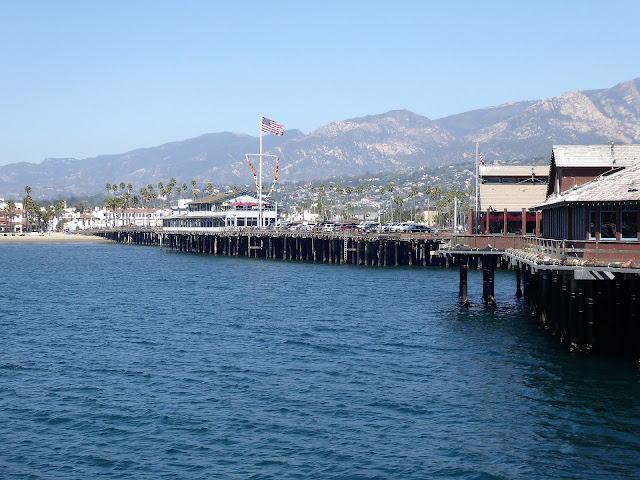 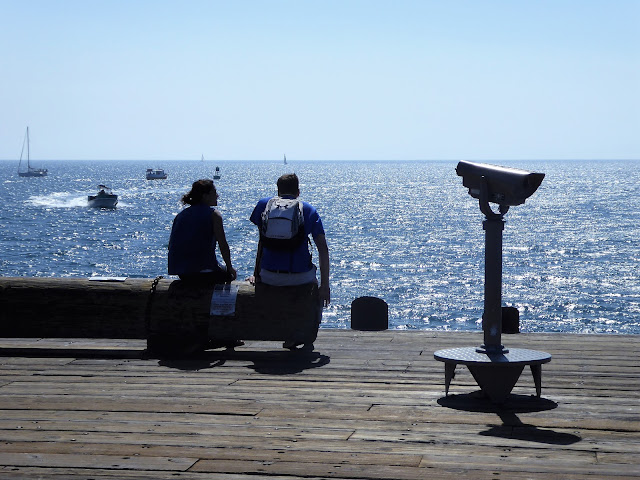 With this telescope you can not see Australia which is 7500 miles away. 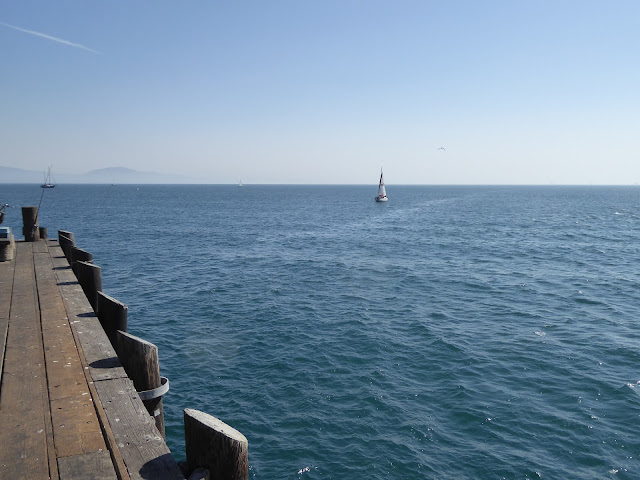 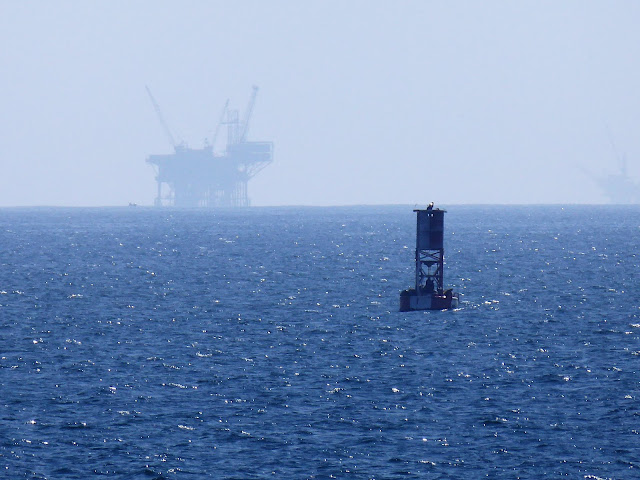 One of the oil rigs way off shore. Here is an article about an oil spill in 1969 that made the industry highly unpopular in SB. 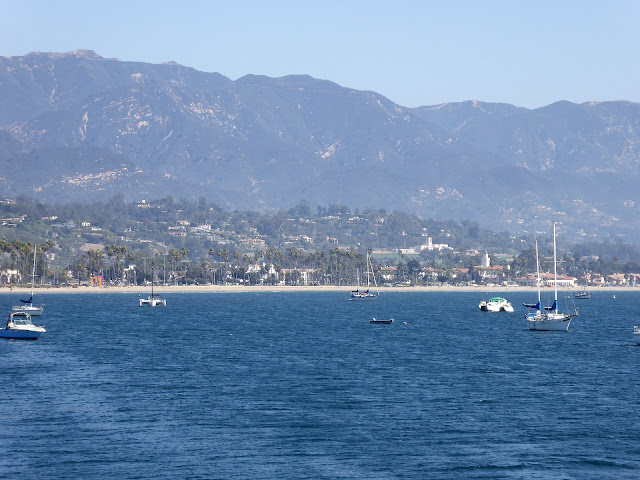 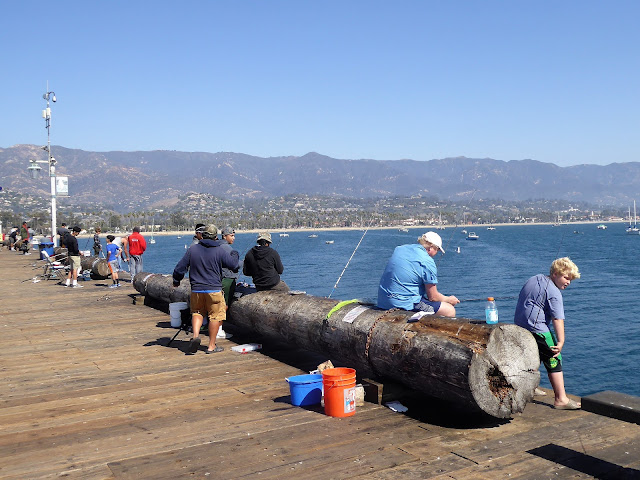 Like the Urangan Jetty in Australian, there used to be trains coming out to the end.

The Wharf reminded me more of the St Kilda Pier in  Melbourne, probably because of the relatively calm water. However the Urangan Jetty has an entirely different vibe where you feel much closer to nature and can feel its power and see its beauty.