Maryborough and a bell tower

I had a mini reunion with a couple of former classmates at a pub one evening and the next day I met up with one of them in front of the Town Hall in Maryborough.

You can hear the sounds of the chime, but this is not the bell tower I visited. 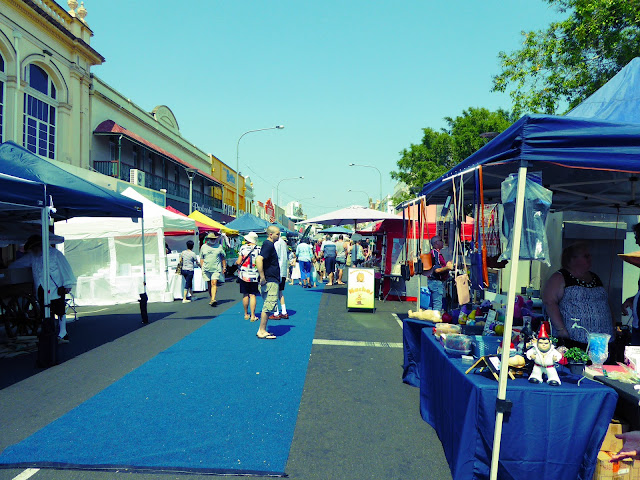 We walked through the stalls of the Thursday market. The arrival of the shopping mall a decade ago caused the demise of the traditional shops in the town. This market helps to get people back into the town area. 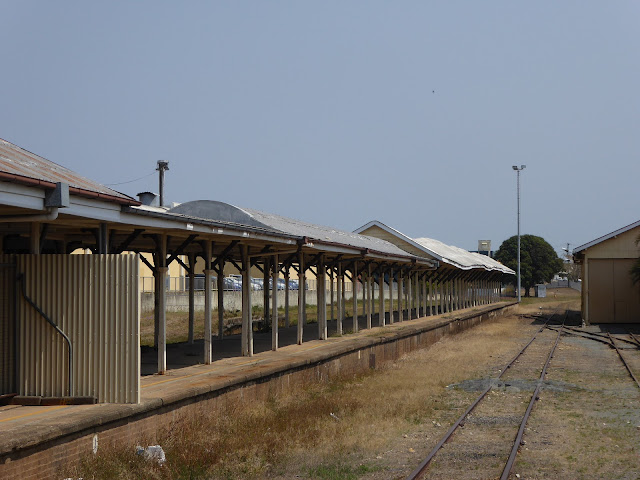 The trains no longer arrive. Why they ripped up the rails beside the platform and left the others is beyond me. 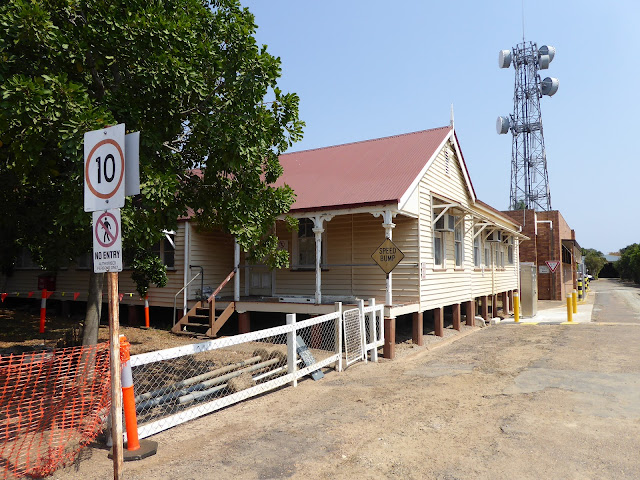 My father worked for the railway and here is his office. 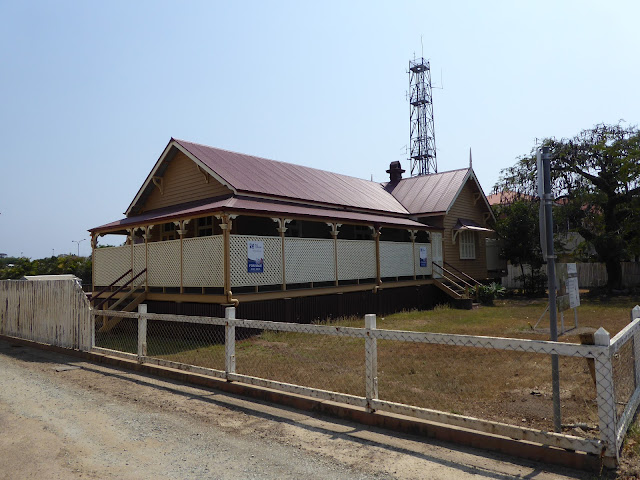 This used to be the Railway District Superintendant's house. It was a railway house but you can now buy it but it would need a lot of work. Click on this link to see inside. 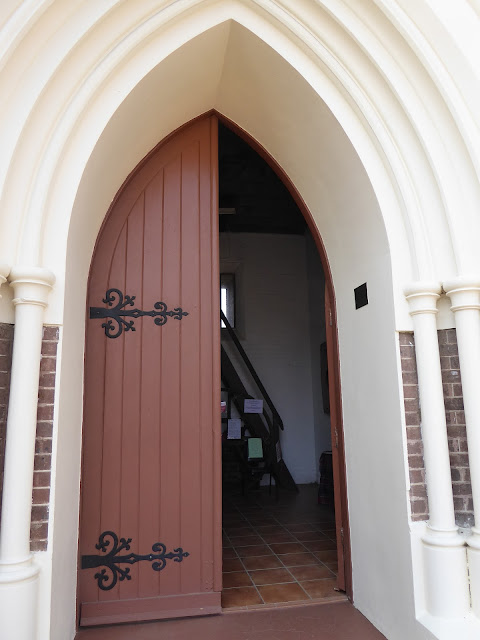 We happened to notice that the door to the bell tower of the Church of England across the road was open. This tower was built in 1887 and you can see a photo here. 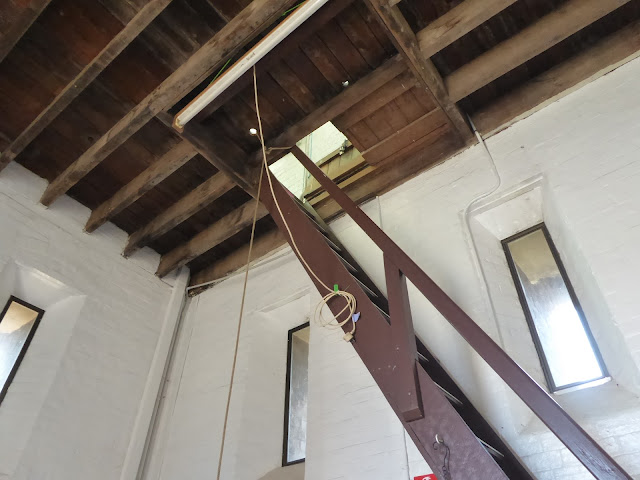 We went in and were greeted by a lady who turned out to be the Bell Captain in charge of the ringing of the peal of nine bells. It is reputedly the only full peal set in Queensland. 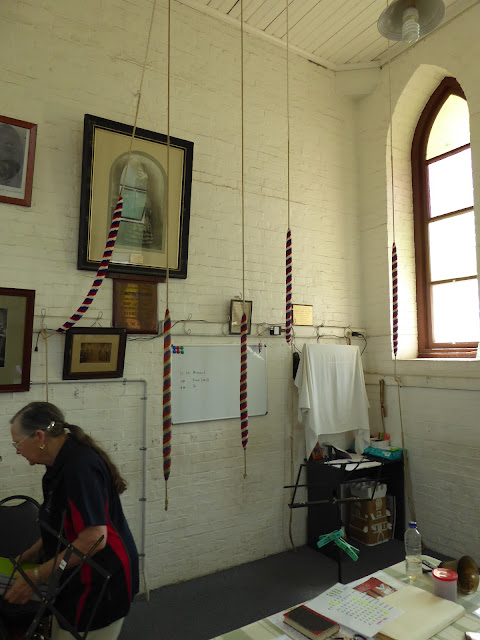 She took Graeme and me upstairs to the bell ringers pull on the ropes. 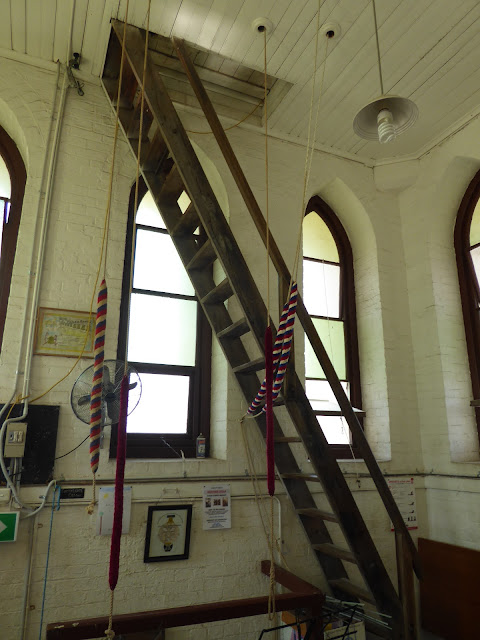 The bells themselves are in the level above. There is a door at the top of the next set of stairs to reduce the noise level. 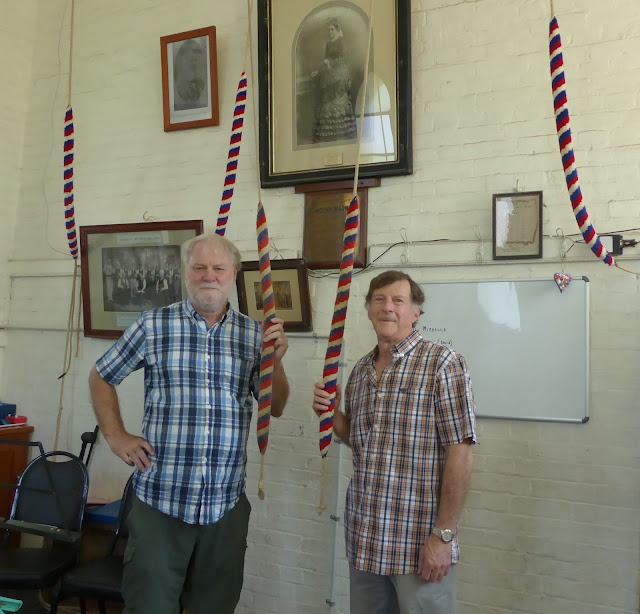 It looks like we have a similar taste in shirts. Both of us attended the same Methodist Sunday School for many years. Our church was pulled down many years ago. Here is a link to a photo. 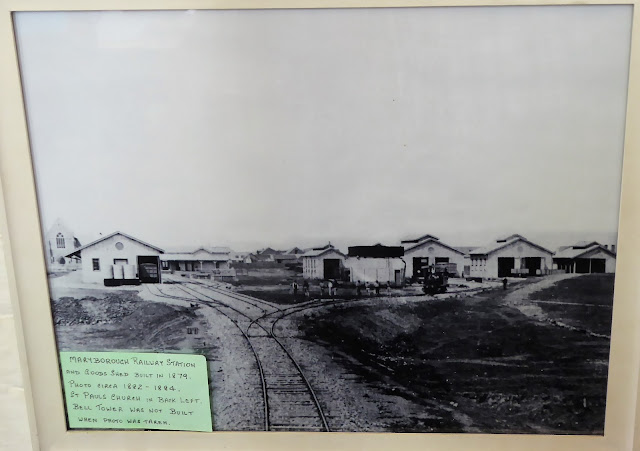 A photo of the station which shows the skyline of Maryborough before the tower was built. 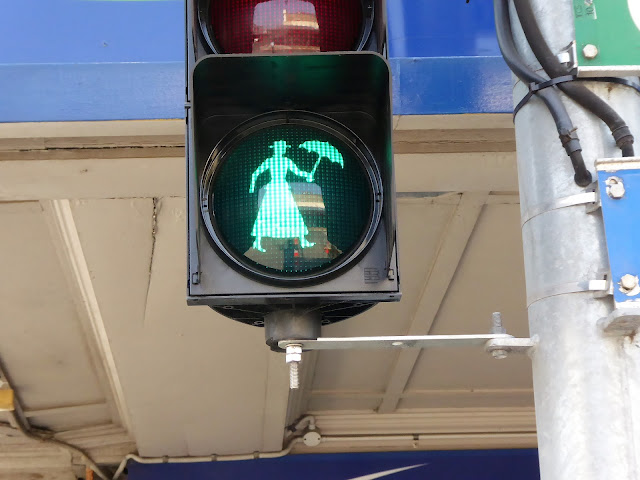 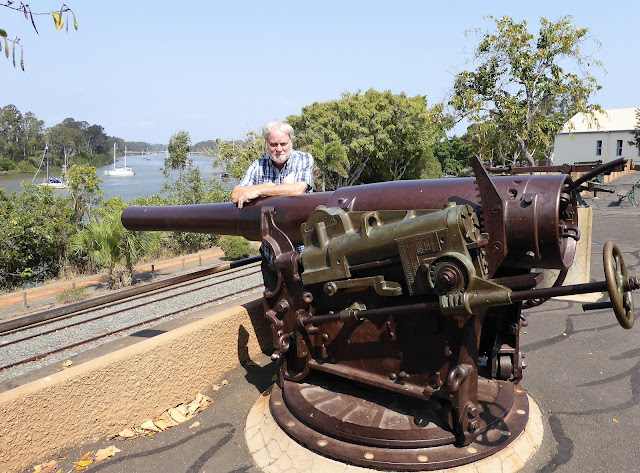 My cannon that defends Maryborough from all invaders.