Instead of flying from Brisbane to Adelaide,  Robin had suggested that she would like to drive with us across the outback as we used to do when she was young. We liked the idea so we set off on the three day trip. 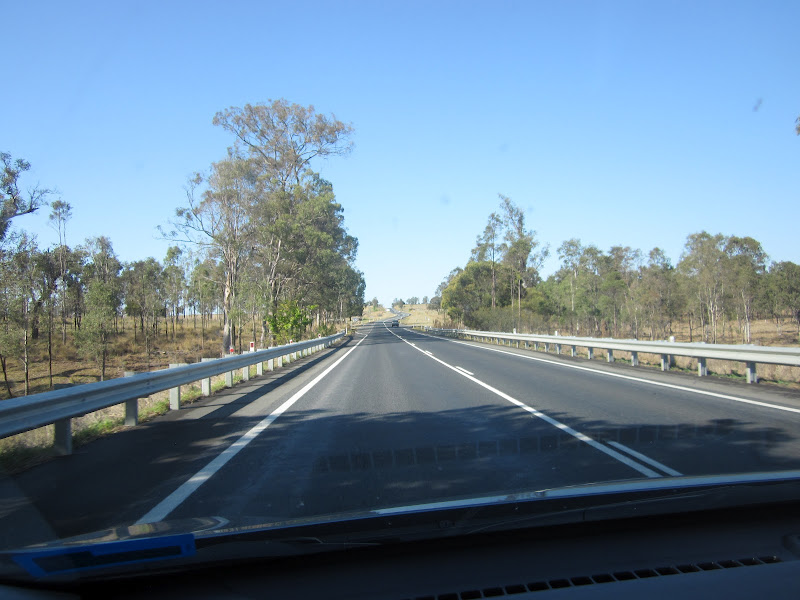 It took a while to get out of the early morning Brisbane traffic and then past Ipswich but eventually we were on the open road. And yes, we drive on the correct side of the road in Oz.

The Great Dividing Range which runs down the eastern side of Australia. It's a bit like the Appalachians in the USA.

Water is always a rare sight in Australia once you get away from the ocean. You take notice of it when you see it. 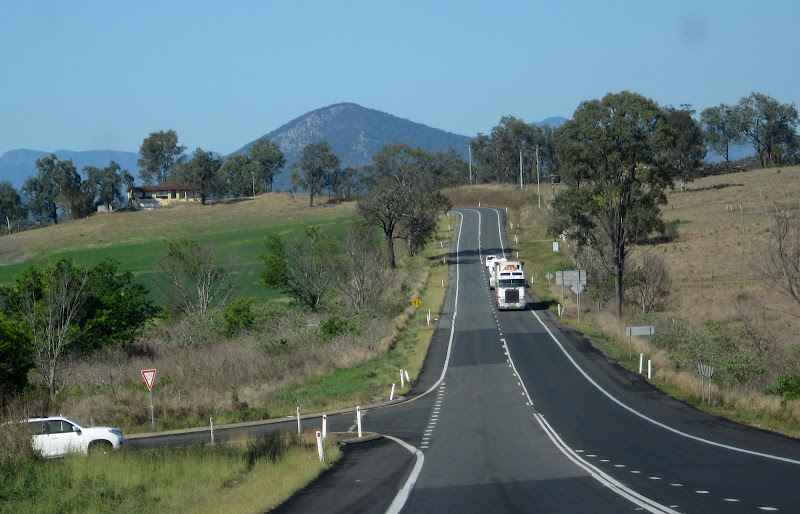 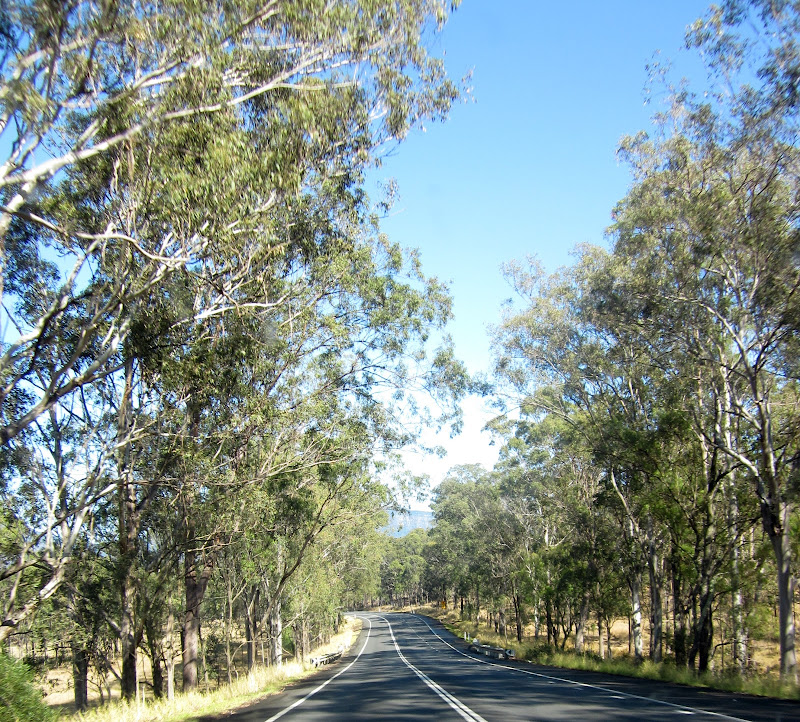 The road is often deserted.

Climbing up to Cunninghams Gap which was the gateway to the west in the early days of settlement in Queensland. 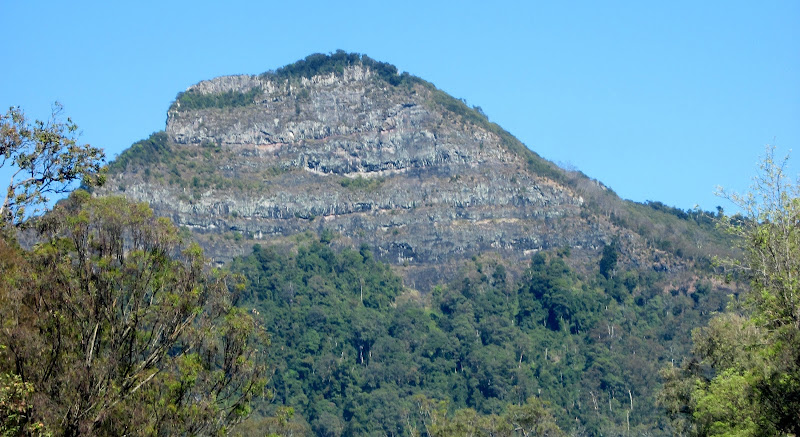 Unfortunately there is no longer a spot at the Gap where you can pull over and see the view. We continued west onto the Darling Downs, one of the most fertile farming areas in Australia.

The dirt is quite black in this valley. 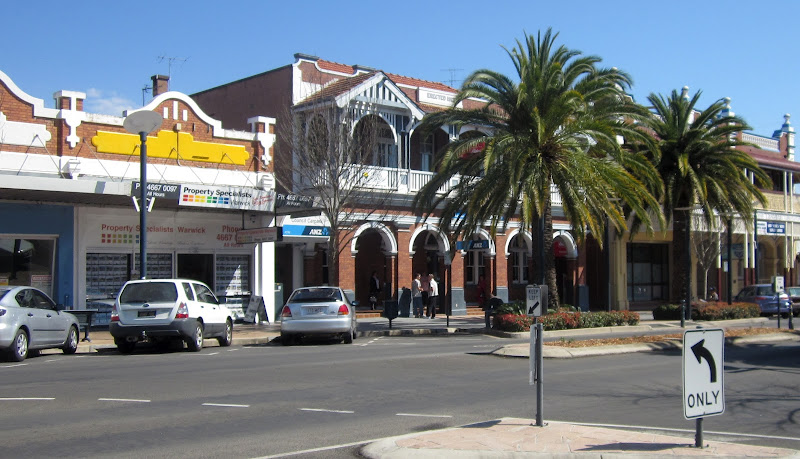 Eventually we came to Warwick which is the center of the southern part of the Darling Downs. 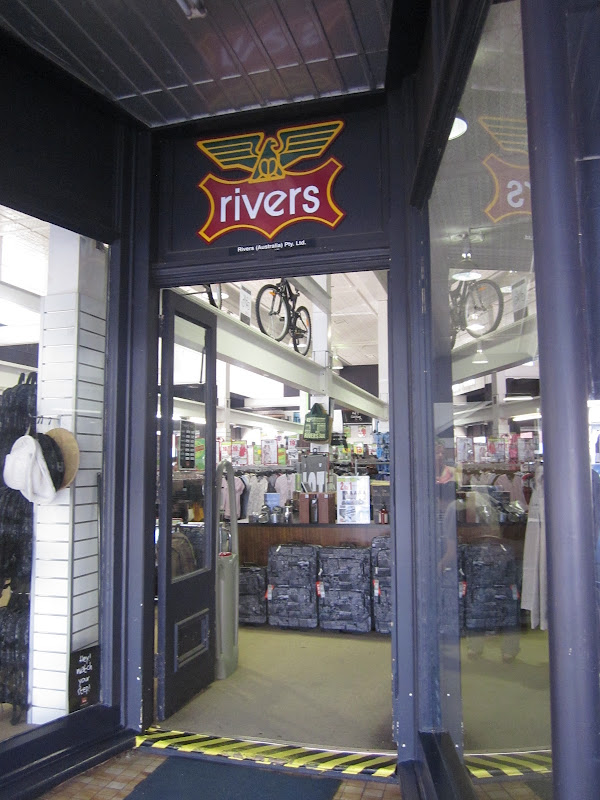 It may not be a large town but it is comparatively wealthy when there is not a drought. It's economy depends on the surrounding farms. It still has a good number of interesting buildings including this old department store. 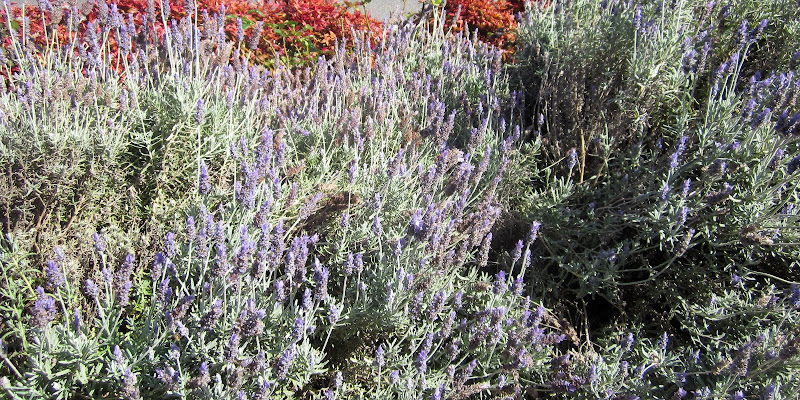 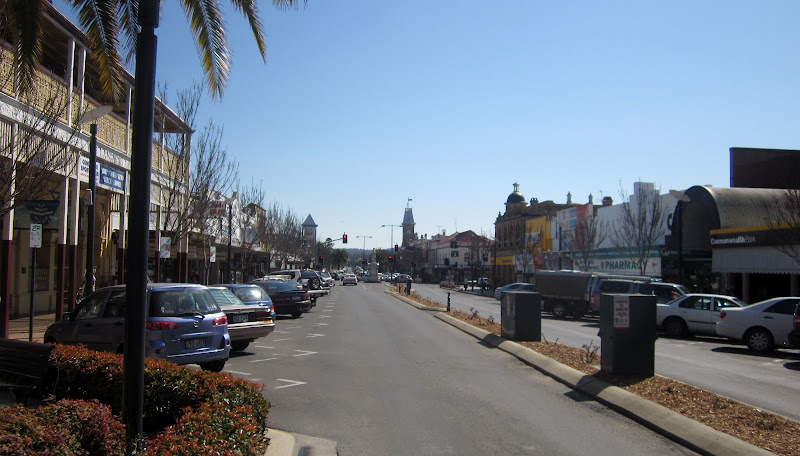 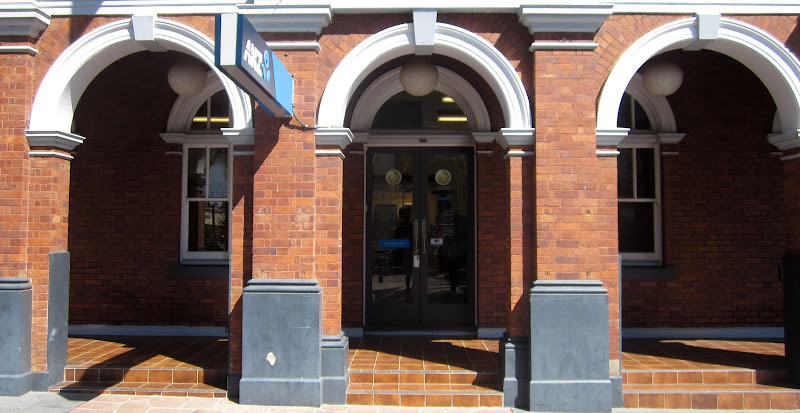 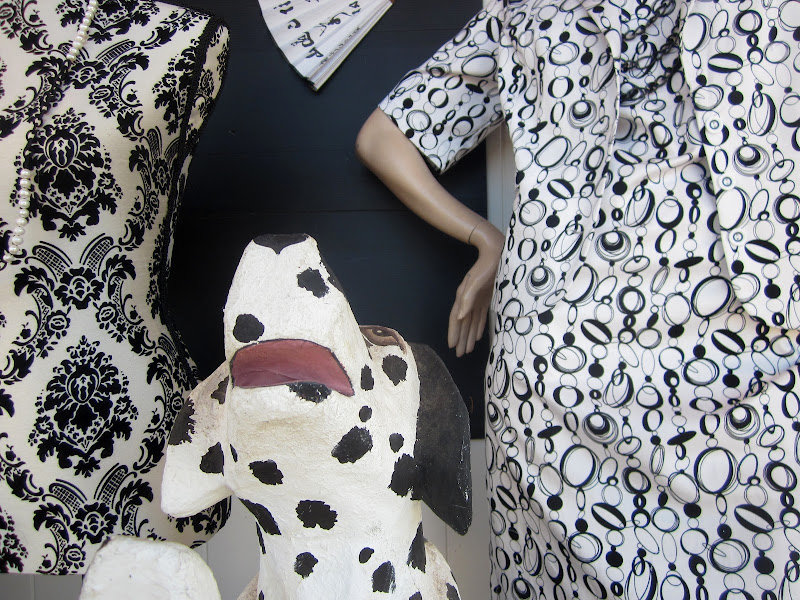 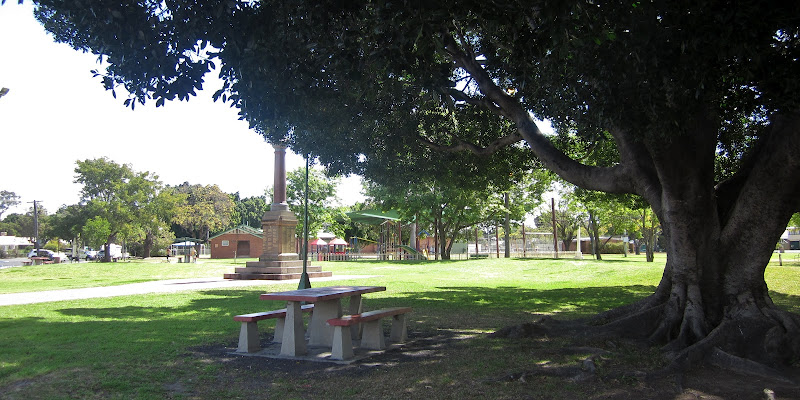 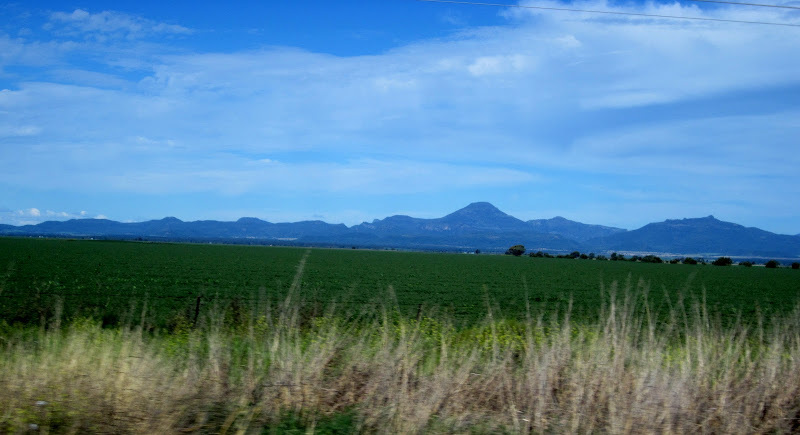 The railway line next to the road. 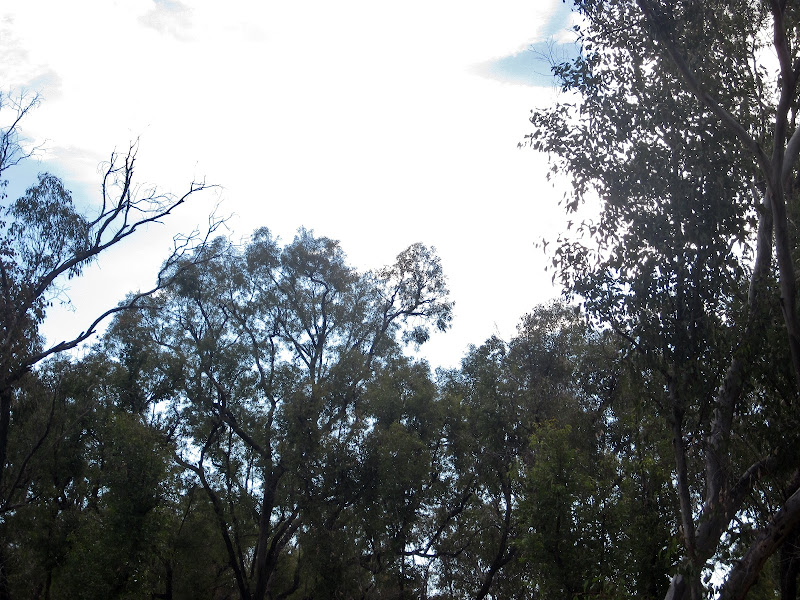 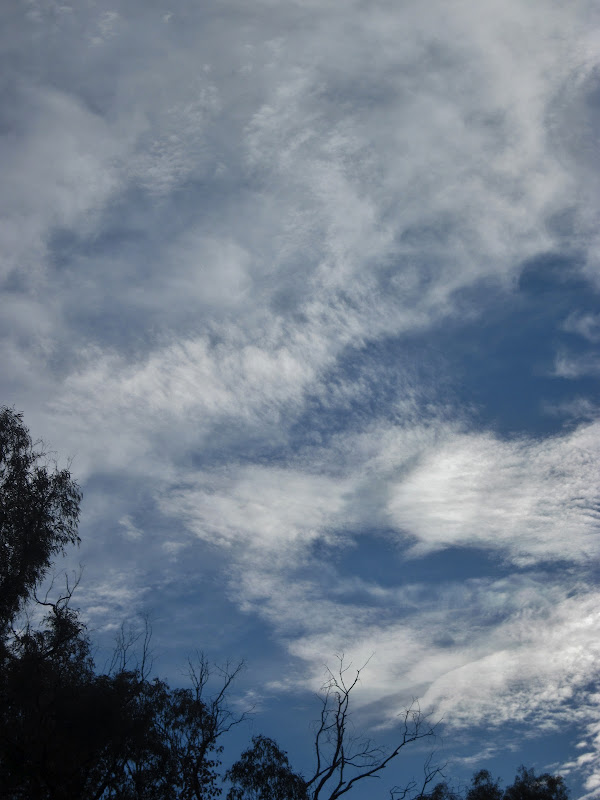 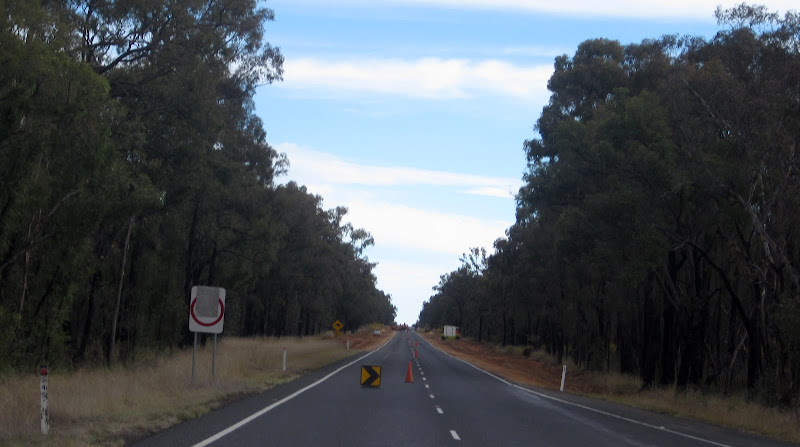 There was quite a bit of road work at various stages along the way. When you drive here you notice that nearly everybody observes the speed limits. The Police operate hidden speed cameras. 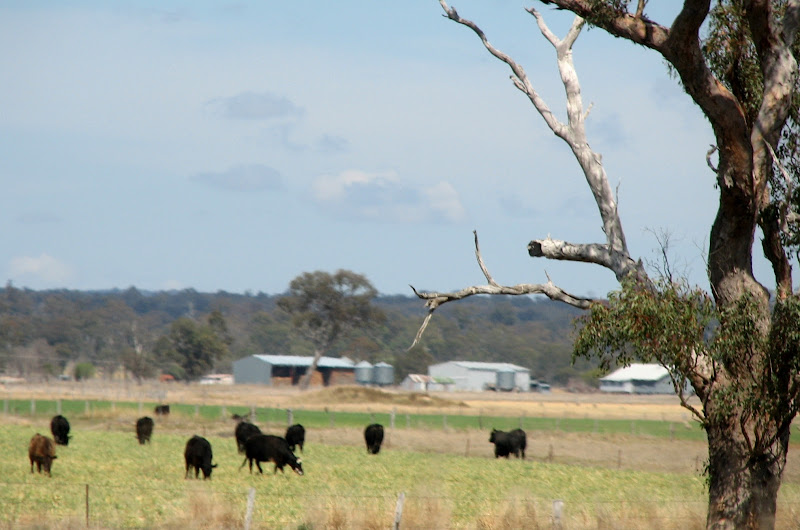 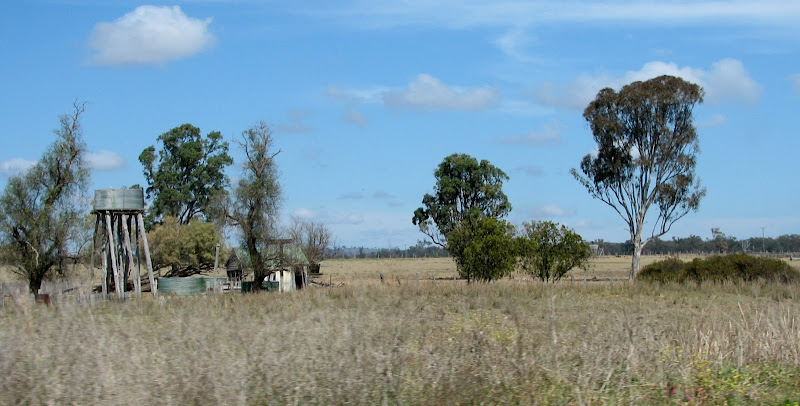 It's over 700 km to Coonabarabran so I was a bit tired when we arrived. Consequently I didn't take photos of the town. It's the center of a very interesting area with the Warrummbungle mountains just west of the town. There is also a large telescope nearby, the Siding Springs Observatory. If we come this way again, I think I will spend two nights here.