Part of the fun in travelling is getting to do things you have never done before. Here is an example. 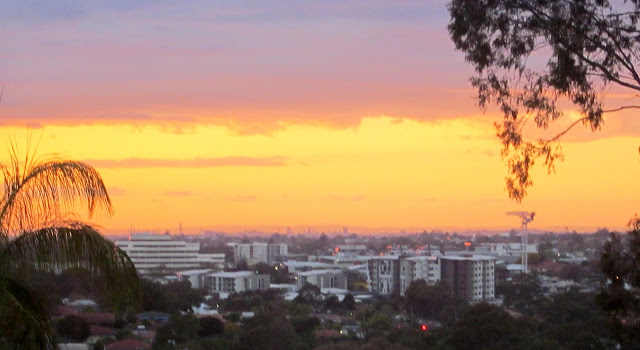 But first, here is the sunrise for our first morning in Brisbane. We are staying at my cousin's house which is situated high on a hill with a great view and cool breezes. They visited us late last year. 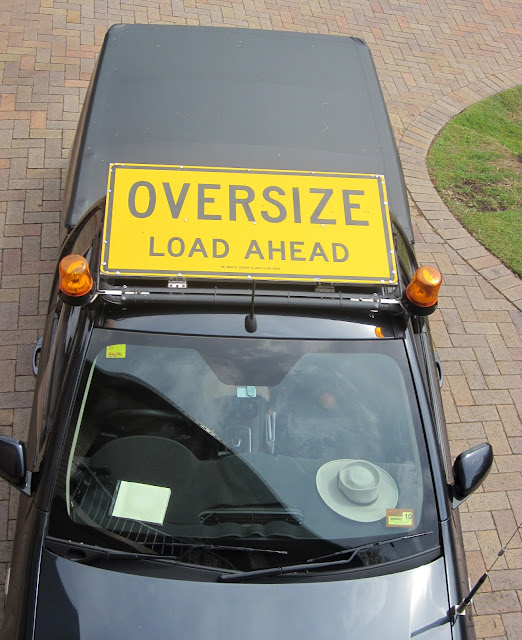 John, the husband, is retired but has a part time job driving the lead car for oversize loads. I went with him to find out what it was like. 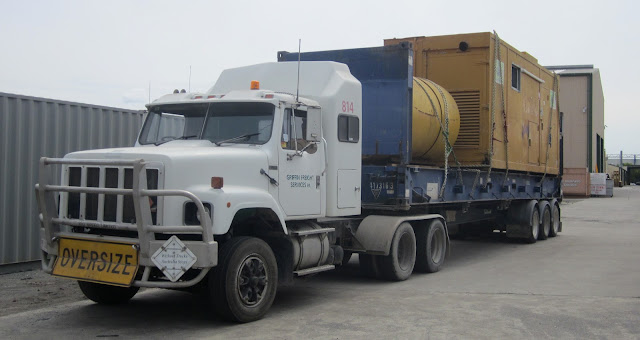 This load is not wide, but high. 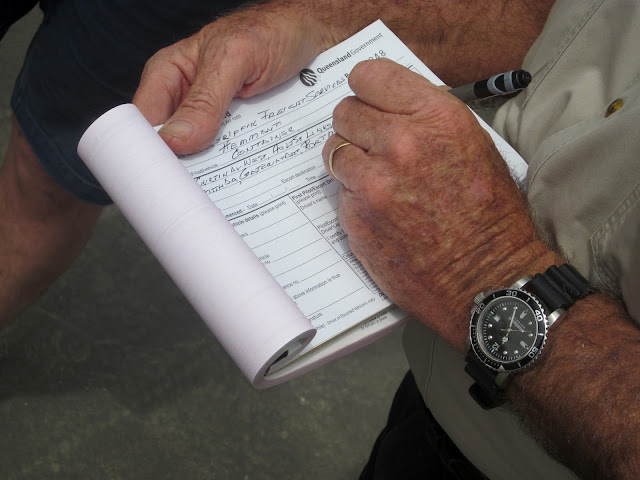 There are a lot of rules and paperwork associated with oversize loads. First the entire route has to be described so that all the vehicles are in agreement. Every street. Drivers need to know their way around to make sure that the over-sized load can fit the space available. 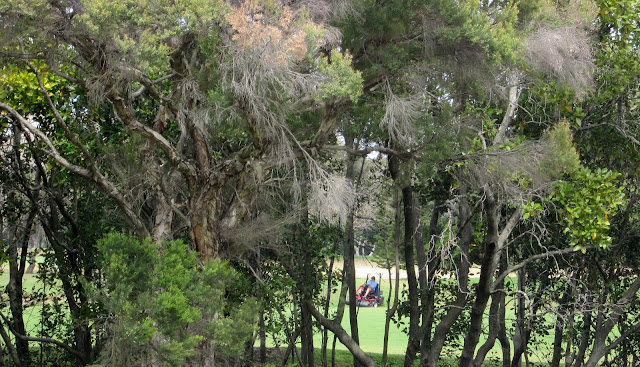 While I was waiting, I noticed that the Royal Queensland Golf Club was across the road. It is Queensland's premier golf club and this is as close as I will ever get to it. 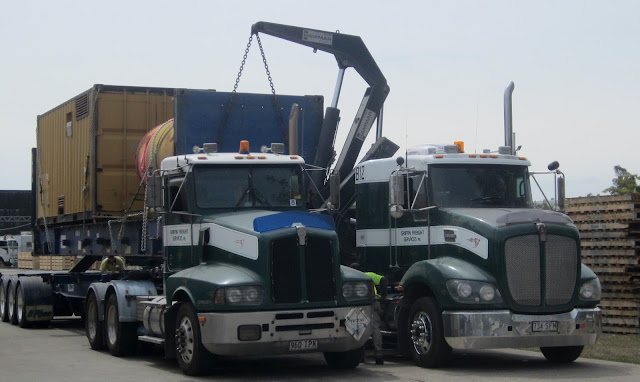 Our truck to lead turned out to be this one with the blue front. 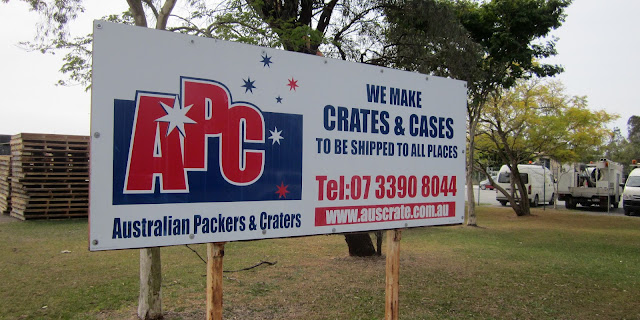 And this is where we left from. 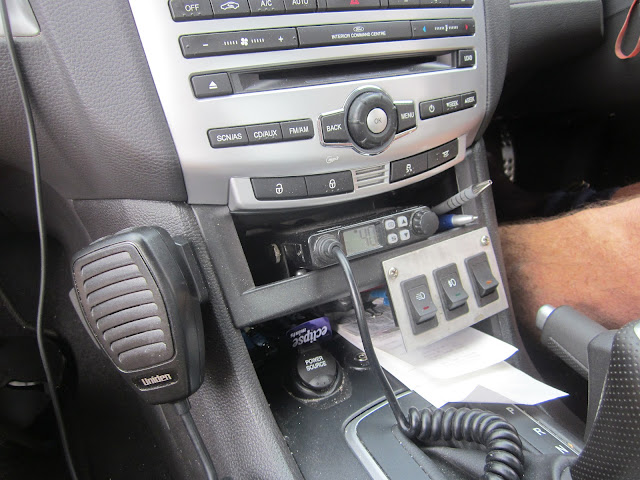 Inside John's car. CB radio and extra switches for the extra lights. He also has a big torch similar to what the blokes have who guide aircraft up to the gates at airports. The whole job took a couple of hours from the time we left home until we got home. The actual time in the convoy was much less since the trip was only 10 miles or so.

That same night he got another job taking a wide load down the range from Toowoomba to Brisbane. The road down the range is quite steep and big trucks have to go down very slowly. We set off for Toowoomba at 10 pm to meet the loaded semitrailer and started back at midnight.

The convoy was much larger this time. We were in the lead followed by a Police Car with flashing lights. The semi was next and another car like our car was in the rear. It's all about communication. First to warn the driver of the semi that there is something coming up that he needs to be aware of. Secondly, to warn other semi-trailer drivers that a wide load is coming and to ask them to pull over if there might be a problem in a narrow spot, particularly where there is road construction. 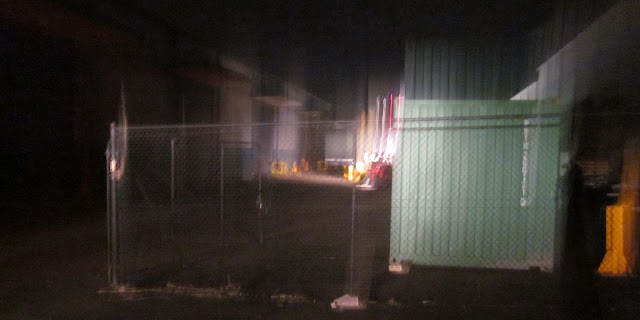 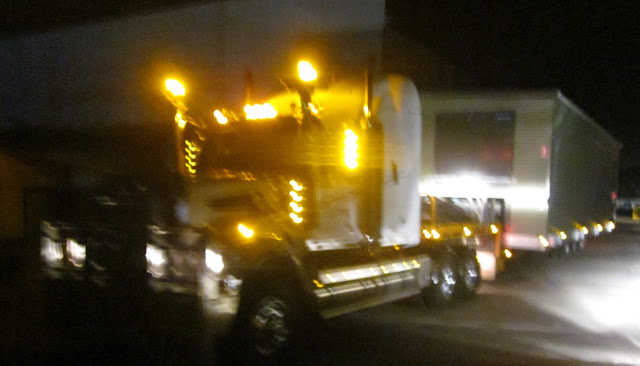 Finally, we reached the destination and John helped to guide the semi driver to back his load into the appropriate spot.

Everything has to be done by the book and you have to know the book. This is not a job for people who like to bend the rules. You also have to be reliable, turning up late is not an option. From what John said, it pays well for the short trips but I thought he didn't get enough for the longer trip which was much more difficult. Still, it was a very interesting experience.