My friend Larry extended our walk to include Allegheny Cemetery. 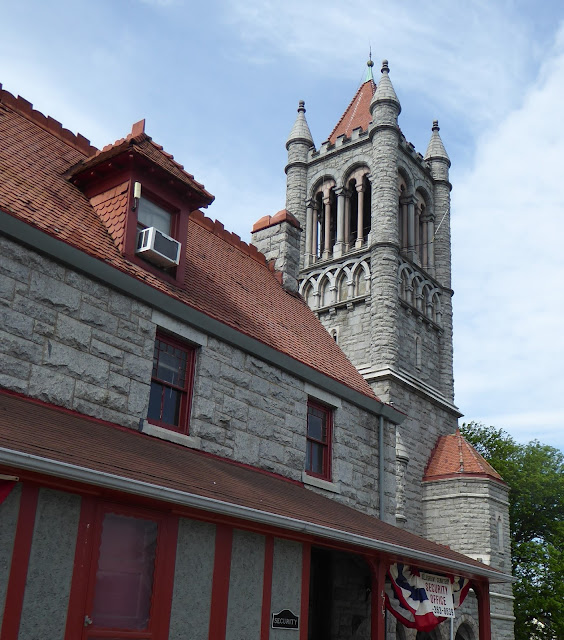 Chapel and offices at the entrance. 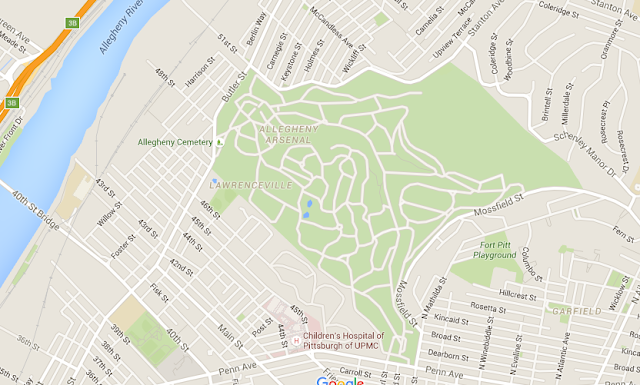 I have never been in such an ornate cemetery. 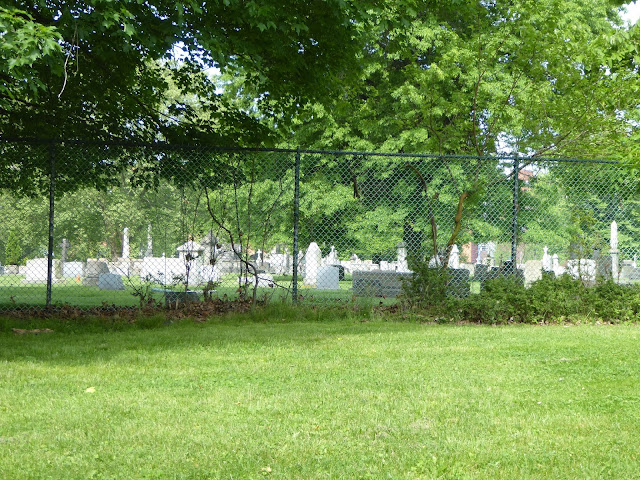 There is another cemetery next door. The fence is to make sure that the ghosts stay in their correct place.

One feature that I can't remember seeing before are headstones for a family all with a similar shape. 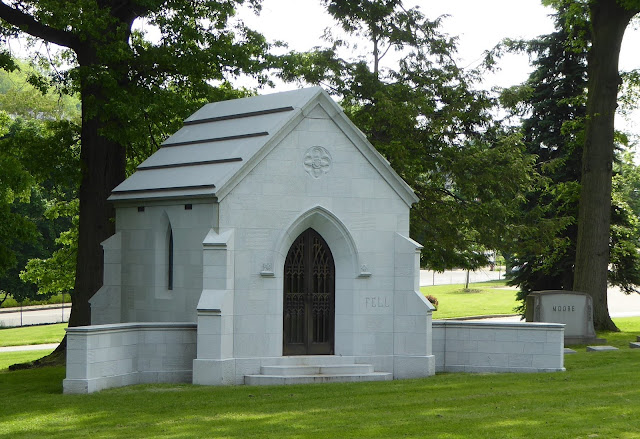 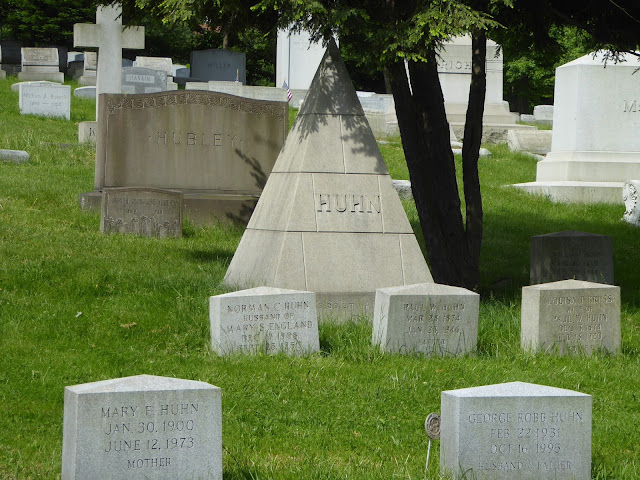 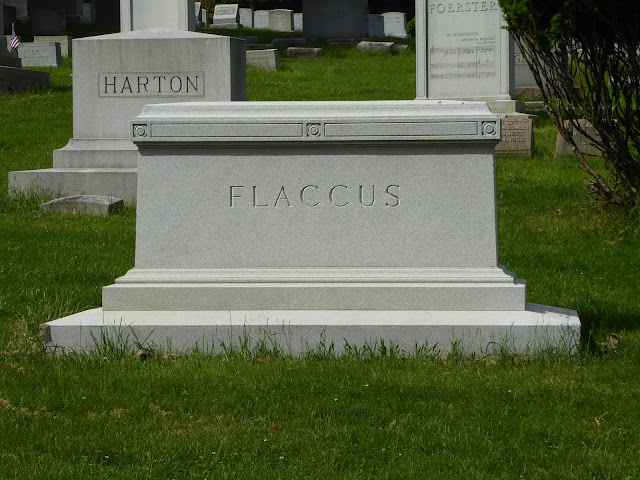 The Roman god Flaccus was buried here. Not really, but you can read more about the name Flaccus in ancient Rome here. Actually I think Flaccus would be a good name for our next Airedale. 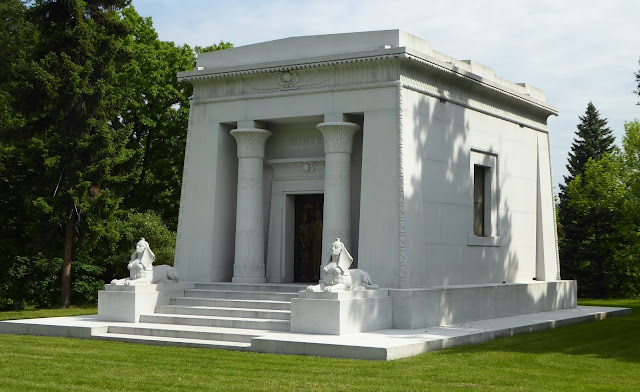 Some of the mausoleums are huge.

Another grouping of distinctive headstones. 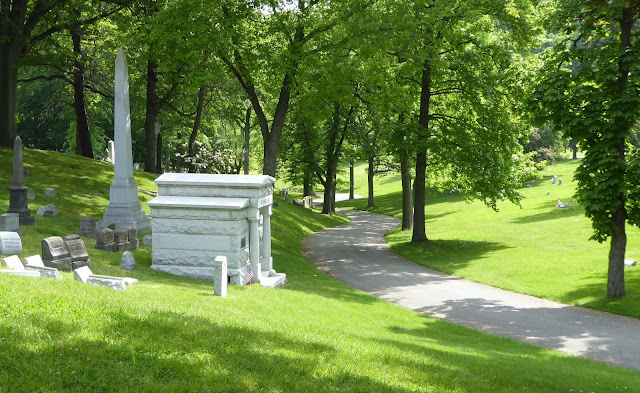 It was very pleasant strolling around the shady paths. It's quite hilly. 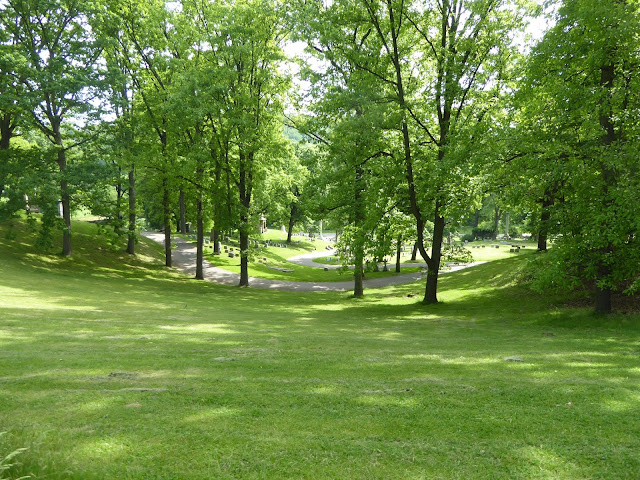 There is plenty of room for more graves. 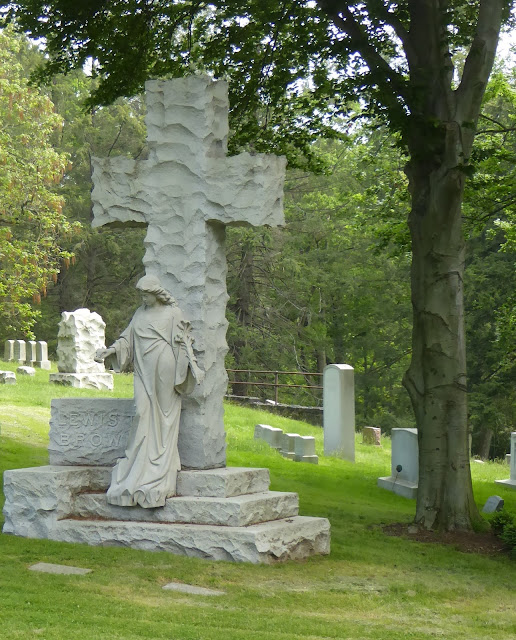 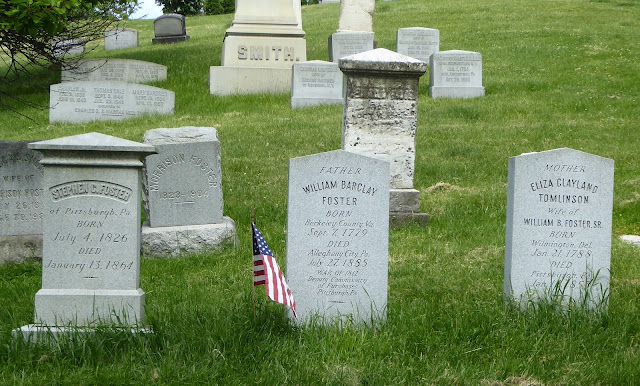 On the left is Stephen Foster or Camptown Races fame. Let's all say Doo-Dah, Doo-Dah,

Most of the stones in the cemetery were in very good condition which was surprising considering that Pittsburgh was extremely polluted back in the era when the steel mills were operating. 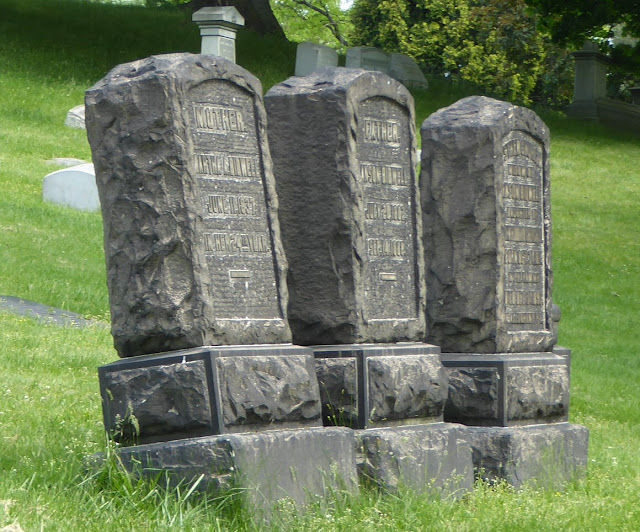 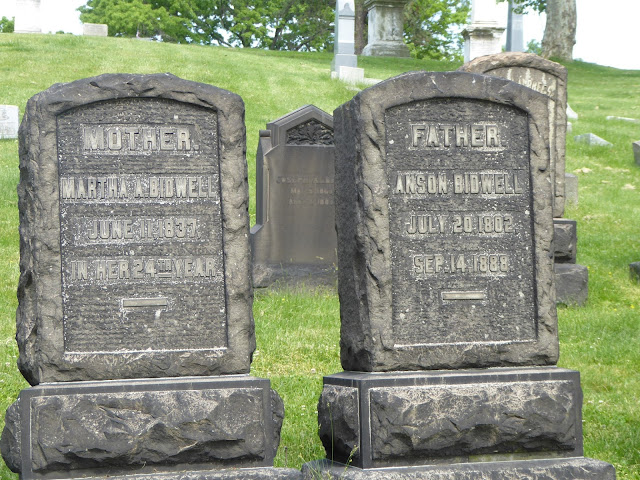 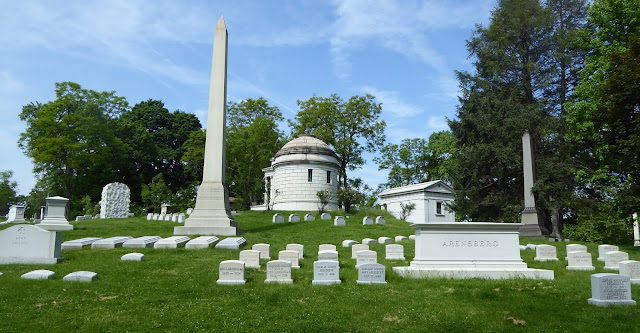 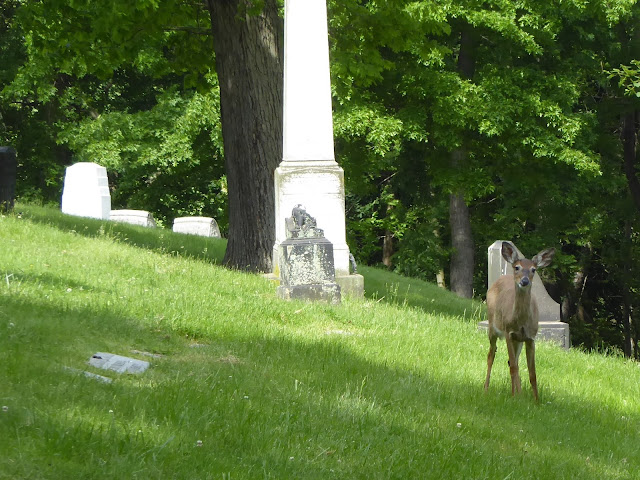 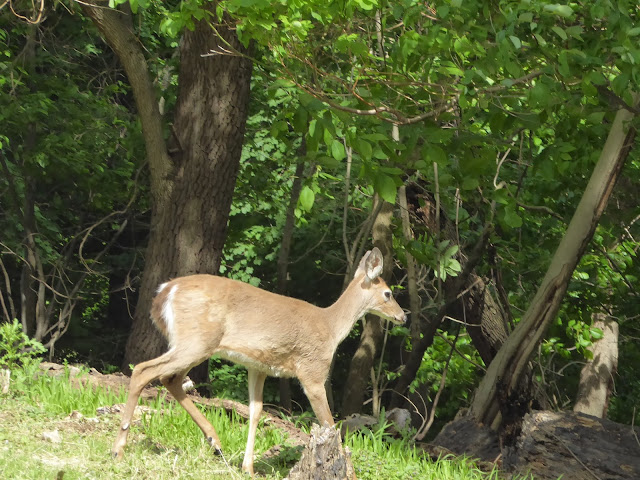 A couple of deer appeared. They seemed quite skinny compared to the deer back home. 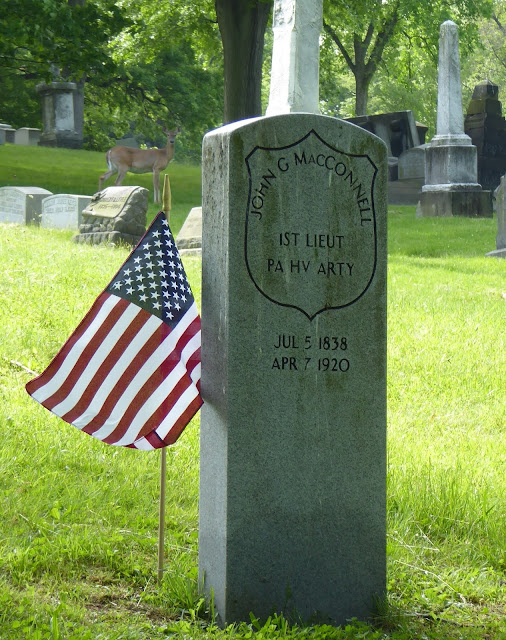 Every former serviceman had a flag for Memorial Day. 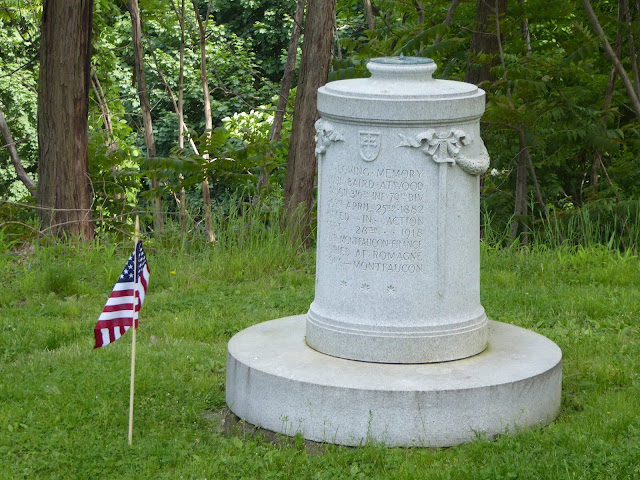 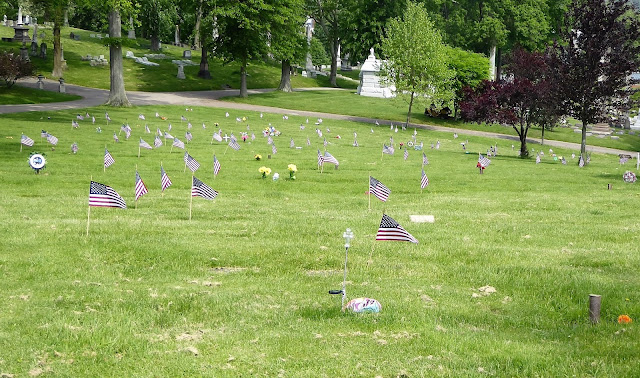 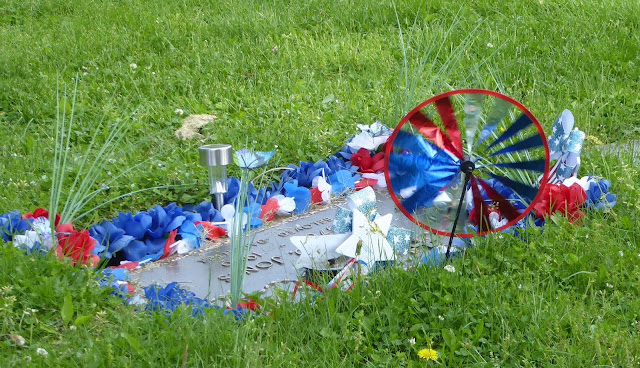 A grave for a small child.

Video of the whirly-gig going round and round. 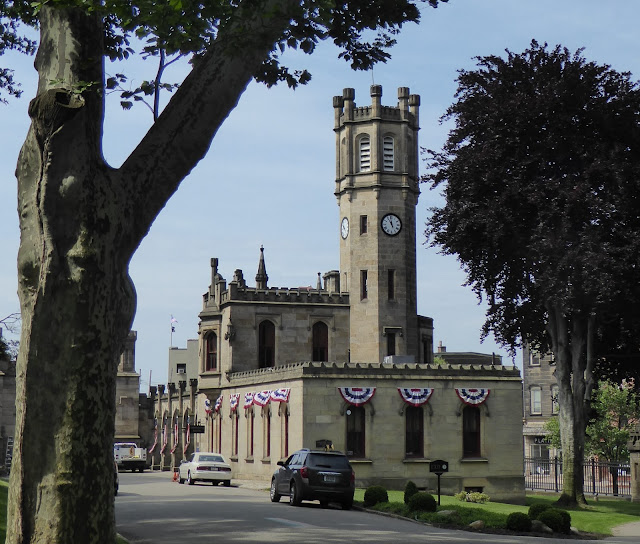 The exit from the cemetery. It was a much more interesting walk than I expected.