Des Moines is one of those American place names that I love to mispronounce. Just like Potomac. 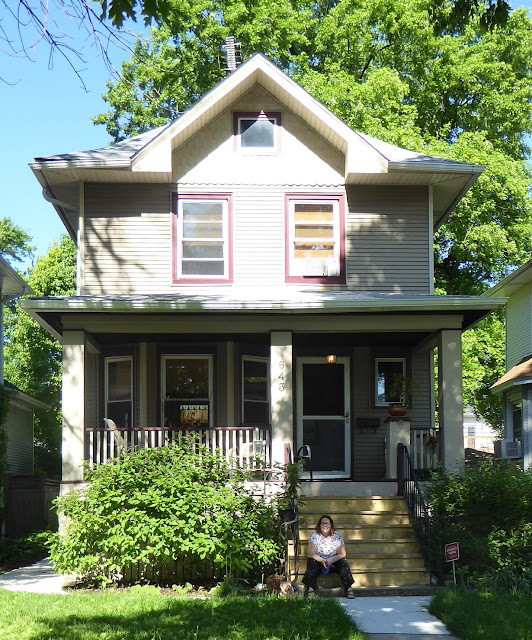 Our airbnb host in front of her house. We enjoyed our stay with her and she was very friendly.

The house is in Oak Park but it's a much less wealthy area than Forest Avenue. Still, it was very quiet and felt very safe.

A relatively short day at 320 miles and tomorrow will be about the same distance. Six to seven hundred miles would be a bit too much. 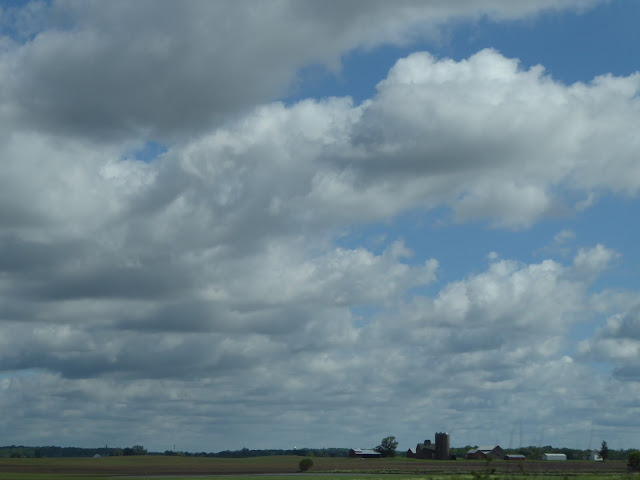 It takes a while to leave the suburbs of Chicago but eventually we were out under the big skies. 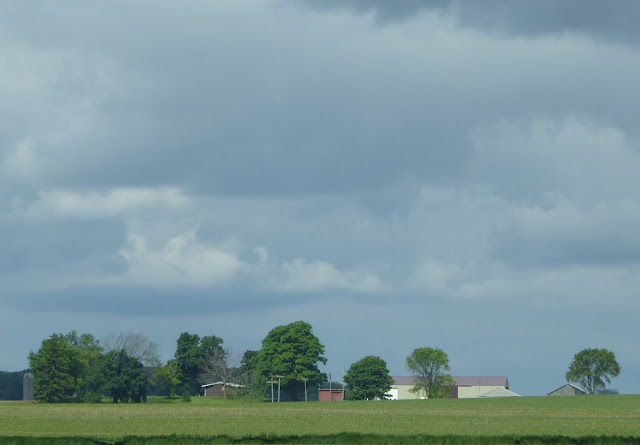 We passed an area with hundreds of wind mills.

Whoever supplies traffic cones to the Illinois Highway Department must be making a fortune. Both sides of the highway were lined with them for over twenty miles. The gap between them in only a 100 feet or so. 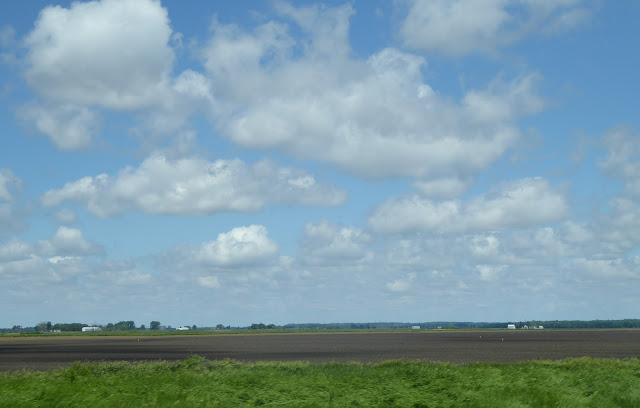 The patterns of the fields tend to show up very well in these cropped photos. 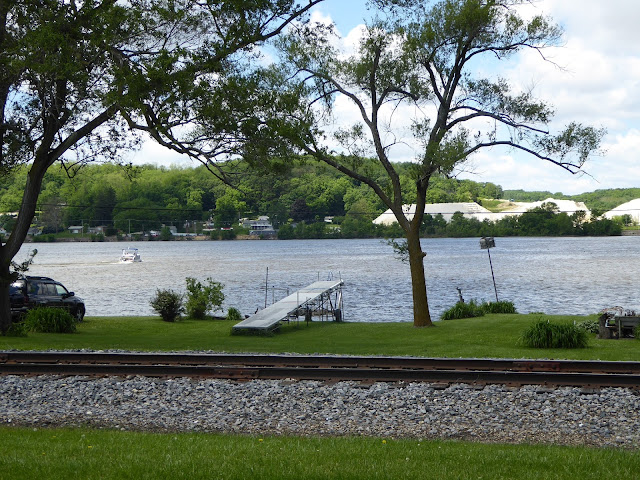 We reached the Mississippi River at Port Byron. Be sure to click on the link and read about the cross river tug-of-war held every year. 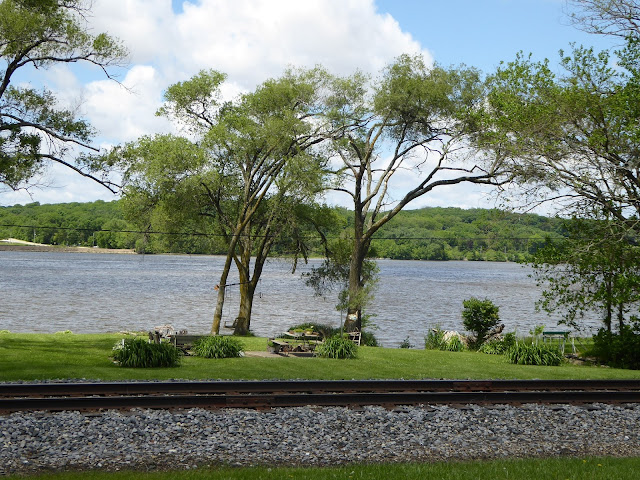 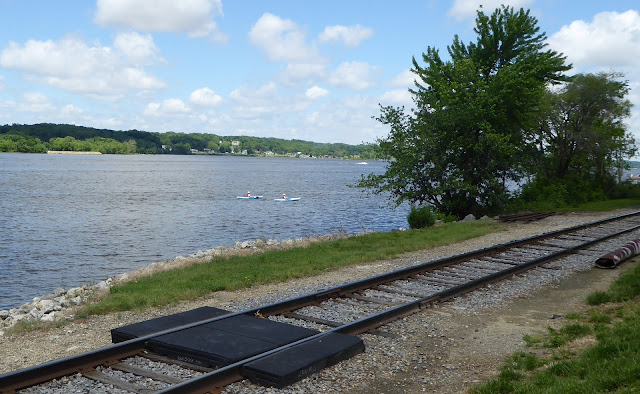 Train line beside the river as well as a couple of kayakers. 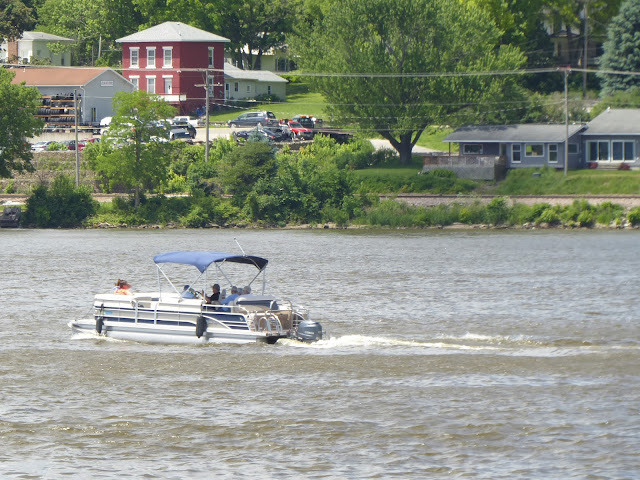 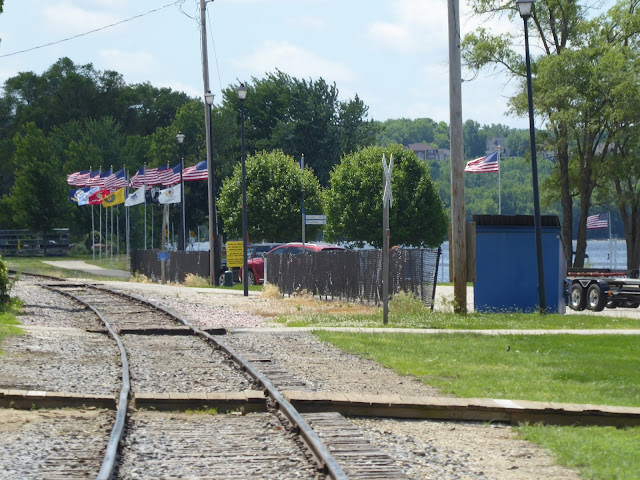 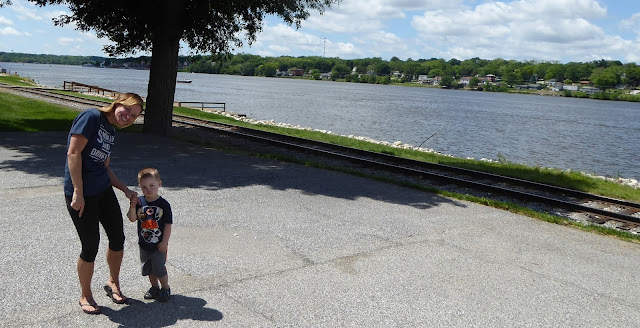 We met this friendly young lady and her small child. As we drove into the parking lot he was worried that we would run over his four wheeler. I asked the young lady if the river ever flooded and she said no. We asked her about places to go for lunch and she gave some suggestions but when we looked at them they did not inspire confidence. 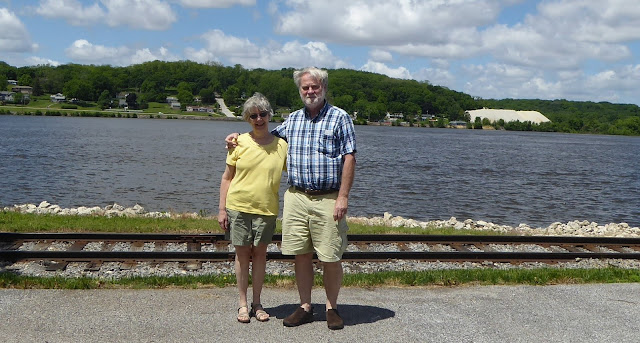 I have crossed the Mississippi many times from the air. I look out of the plane window when I am west of the river and don't bother when I am east of the river. The air is usually much clearer to the west. 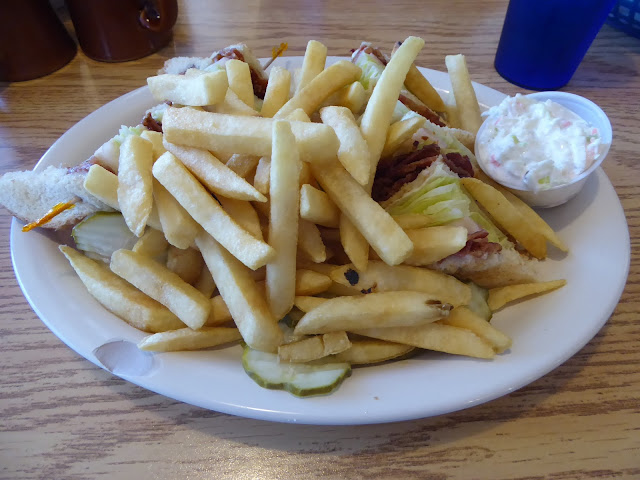 Lurking under the chips is a BLT.

A diner just a couple of miles down stream. 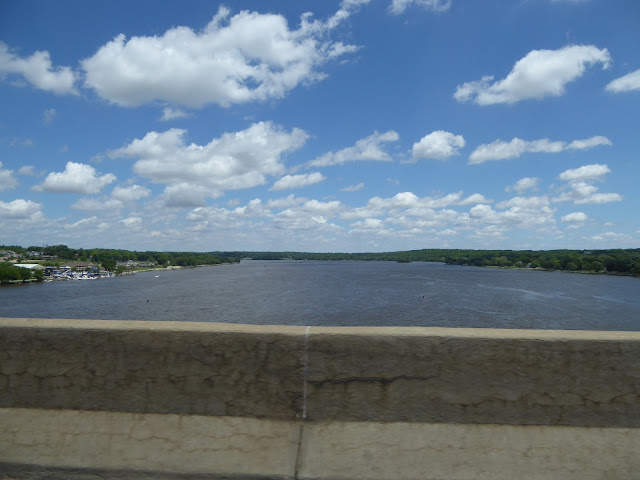 Crossing the Missippi. It's a major milestone for a east west trip.

To the west of the Mississippi is Iowa. There were lots of bugs beside the river and many of them finished up on our windscreen. 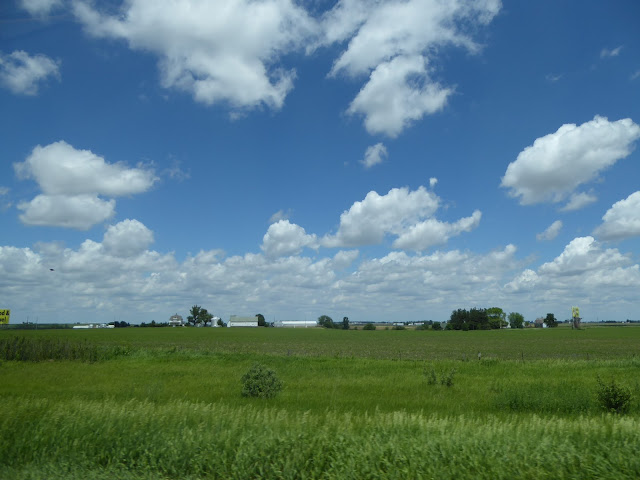 The world's largest truck stop. Not being in a truck we sped on.

We got off the freeway and drove along the old Route 6. At one point we saw a cloud of dust as a pickup truck sped along a dirt road off to the side. 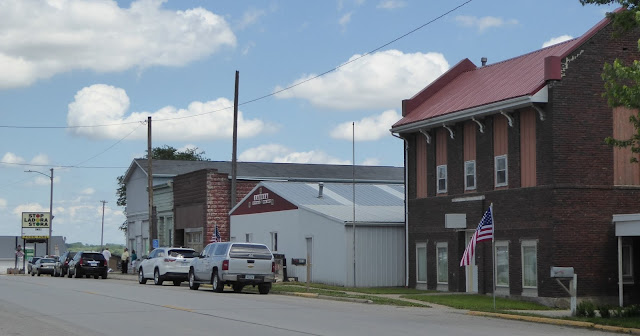 We stopped for a short break at one of those little sleepy towns. 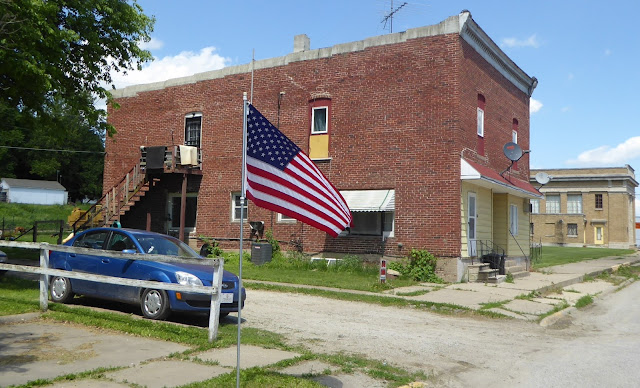 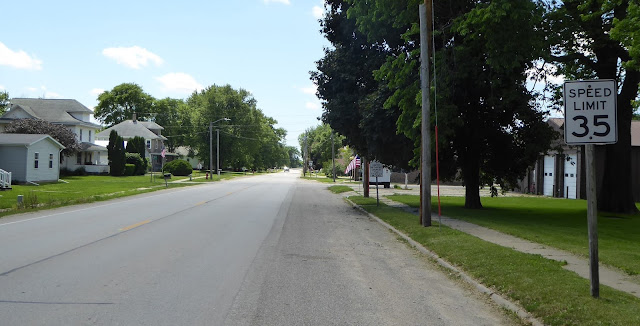 Very quiet. Before the freeway, this would have been one of the major roads from Chicago to the west coast.

Back onto the freeway.

The afternoon temperatures were mostly in the low 80's. However it was much more comfortable than in Chicago because it was much less humid. Iowa looked like it was quite a pretty state.