Thirty years ago when I first started working at the college, I occasionally would stand outside a classroom where the history teacher, Bill Short, would be expounding to the students. I found his lectures spellbinding and this is where I first heard of the American concept of 'Manifest Destiny'. Marianne has long wanted to drive across the USA and so we have named the trip Manifest Destiny.

We plan to take a northerly route out to Seattle and then drive down to SFO and then back home via Colorado and Louisville KY. It should be quite a trip and we have allocated 6 weeks. We have a couple about our age house sitting and looking after Catty-Watty. they are very interesting and have already made friends with some of our neighbours who came around for drinks.

The route from home to Pittsburgh where our long-time friends Larry and Mary live. 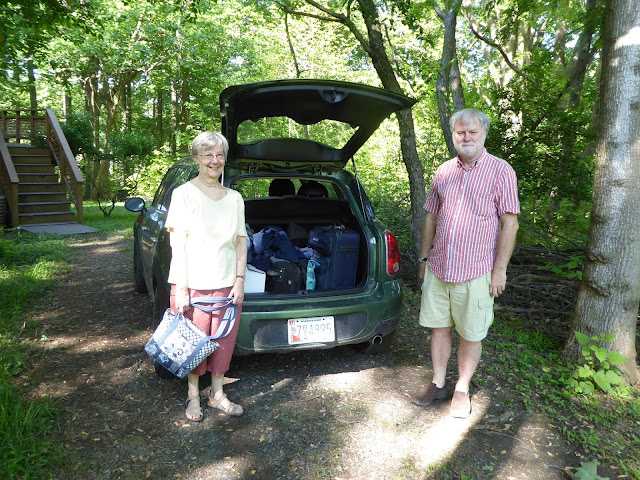 Our car loaded up. We are not taking much more than what we would take on a trip to Oz. The one extra item is our Keurig coffee machine which we plan to use when we stay at motels that have the dreadful coffee pot and the abysmal coffee. 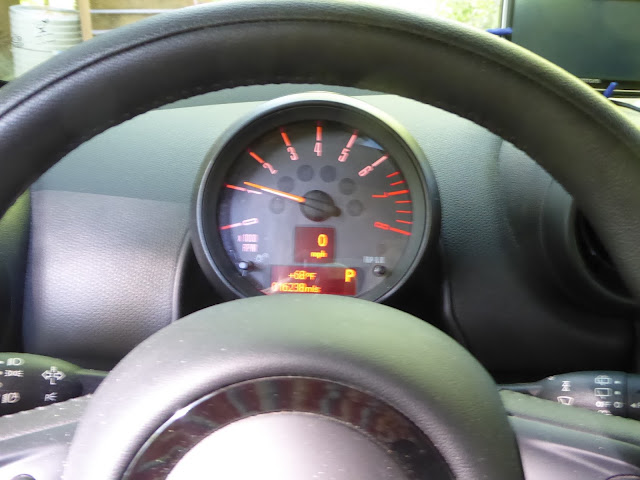 Speedo at the start of the trip. I estimate we will do about 8000 miles. 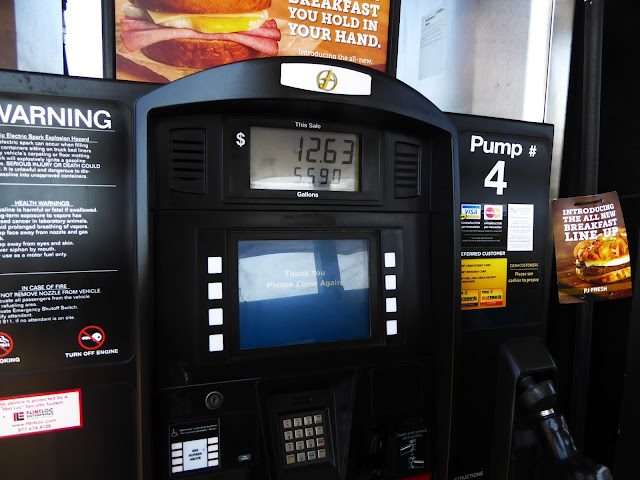 Petrol pump. I am going to total how much fuel we use and how much it cost. My father would have been proud of me since he used to write every fuel purchase in a little book that remained in the car. 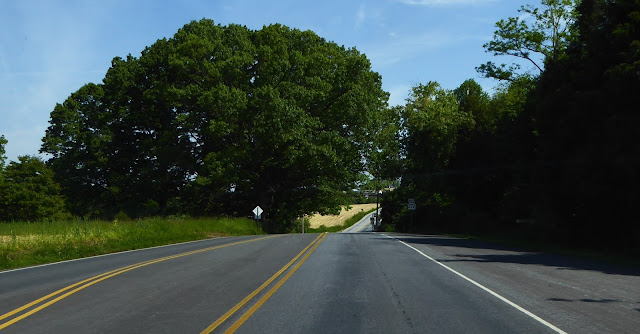 We pass from Maryland to Pennsylvania. Notice how the road in Maryland has a verge on either side. The road in Pennsylvania does not have the verges and that is typical of their roads. Maryland in general is a much better state.

However Pennsylvania is very pretty.

We eventually got onto the Pennsylvania Turnpike. The reason I had Marianne take the photo was because they are widening the road and putting in an extra lane. It is a toll road and it seemed that the tolls were mostly used for other roads in the state. However, in the past decade they have been gradually improving the Turnpike.

I liked the pattern. 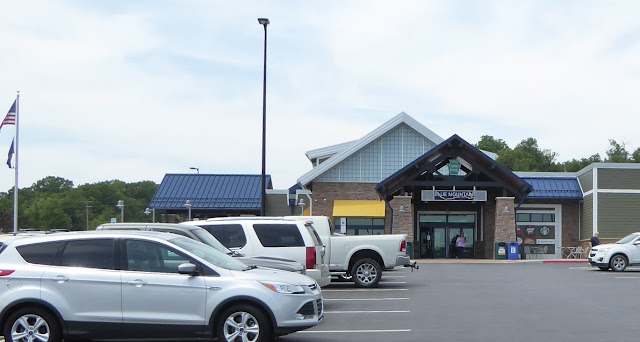 There are rest stops along the way and most of them have been refurbished recently.

Enttrance to one of the tunnels that pass under the mountain ranges. 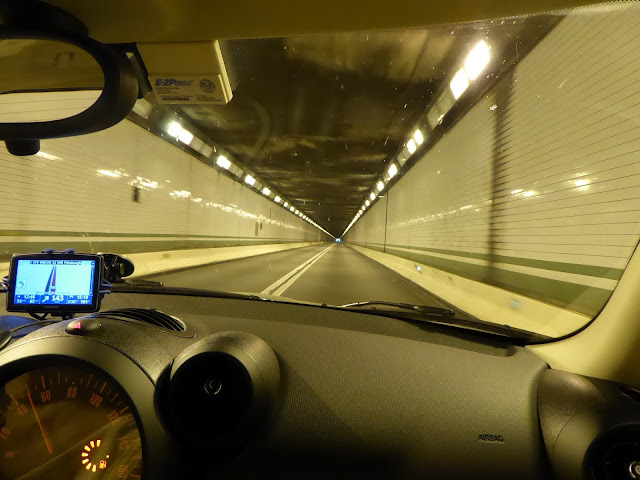 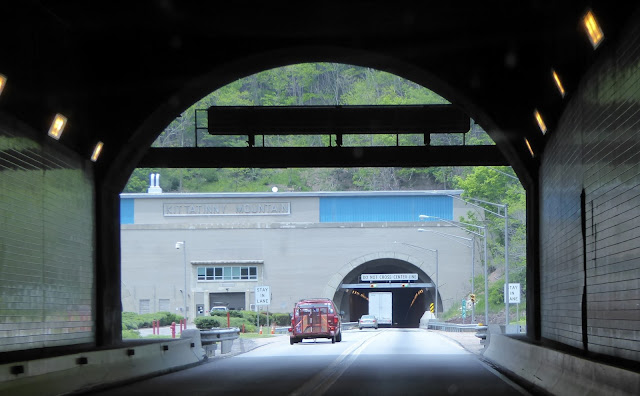 You come out of one tunnel and immediately pass into another.

One of the old rest stops. I took a photo for posterity.

Our friends have moved into a new apartment which is very nice and modern. We went for dinner at Morcilla which is a Spanish restaurant. The food is mostly tapa sized and absolutely delicious. We shared the various plates and my favourite was