Located on the south side of the Yarra River, the gardens are easily the best in Australia and an absolute delight to walk in. 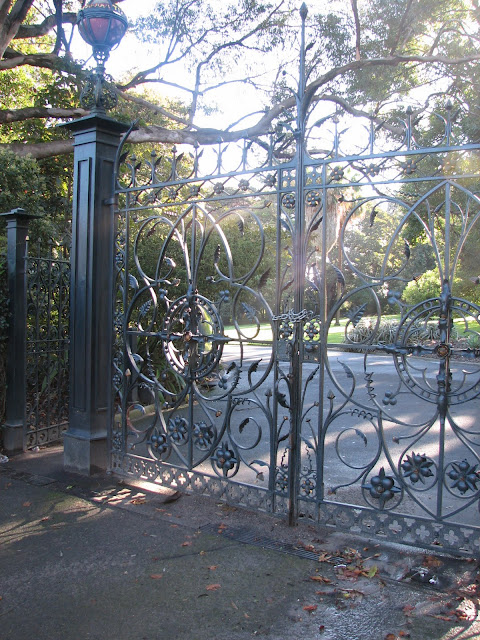 The South Gate is a good place to start since you walk downhill most of the way to the other side of the gardens near the river. Take a number 8 tram from the city which stops right outside the gate. 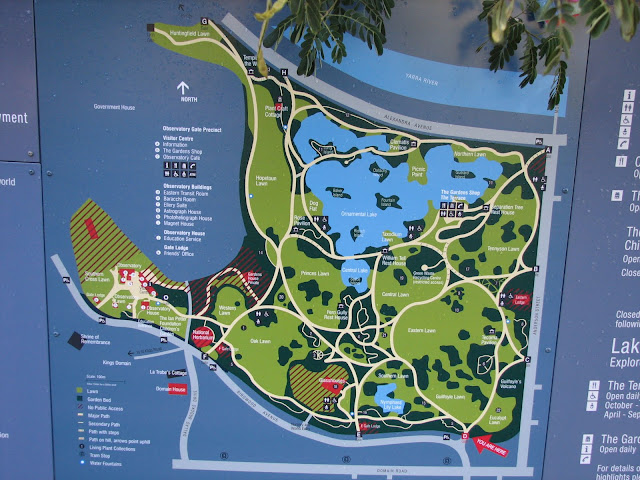 A map showing the layout. We are down at the bottom right at the South Gate. 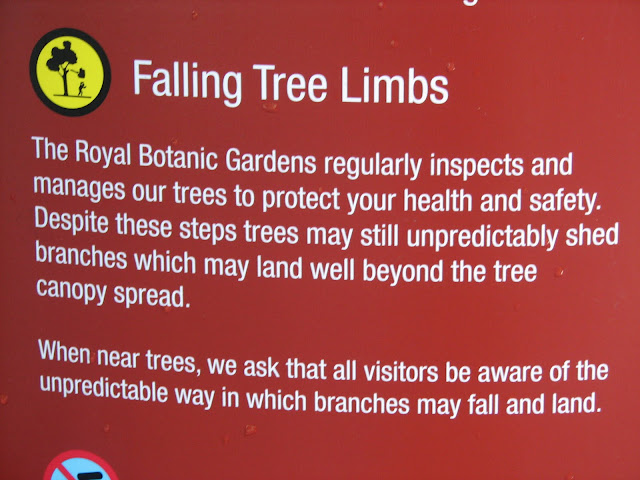 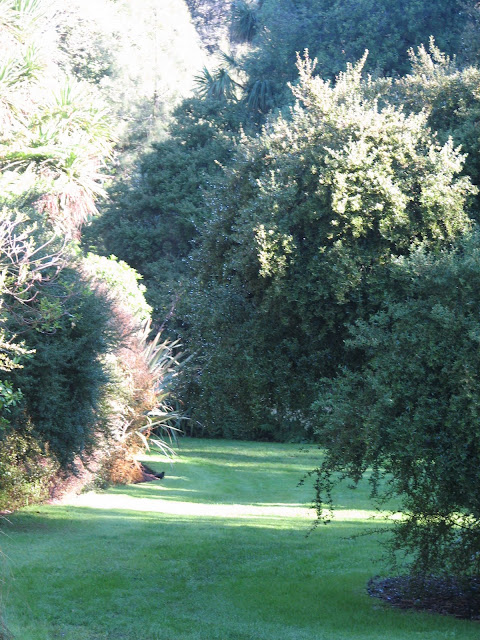 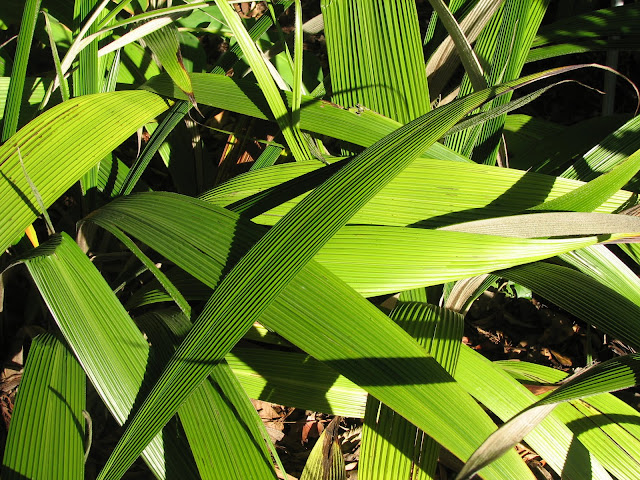 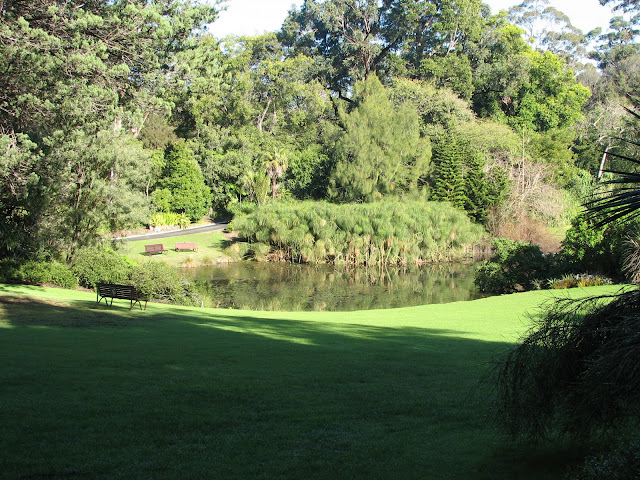 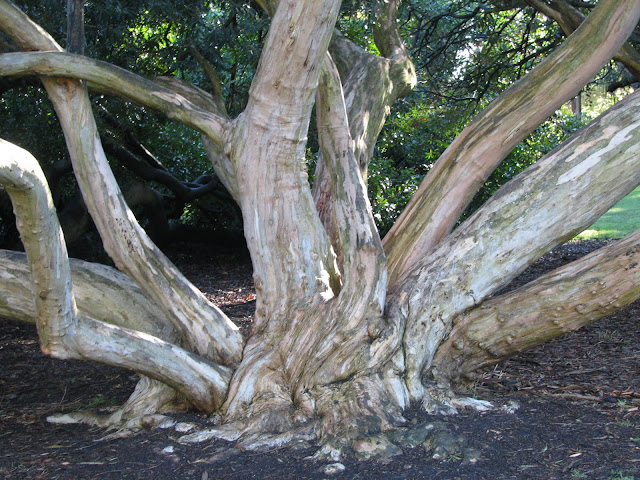 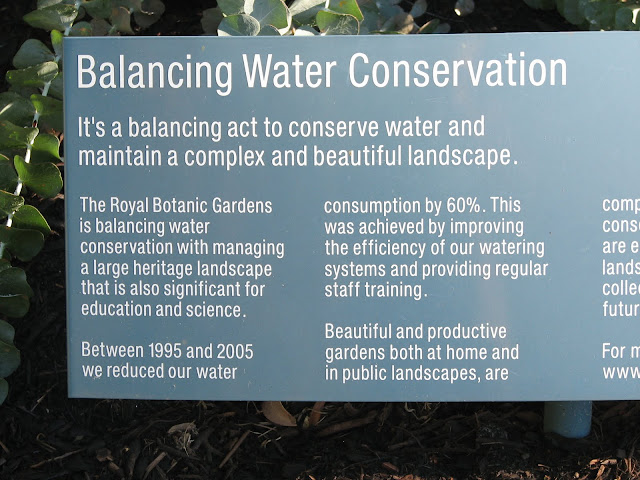 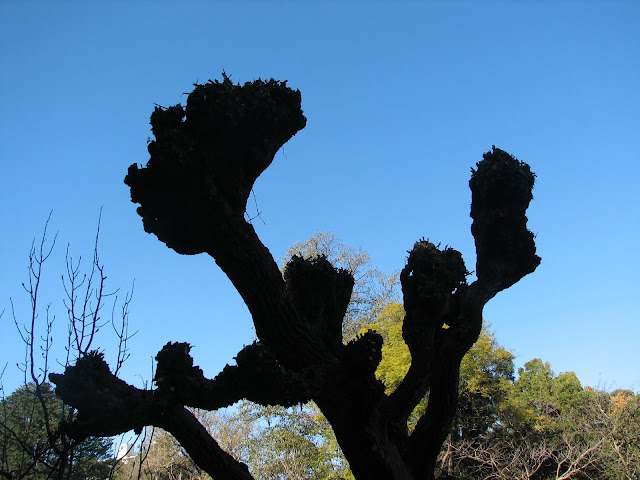 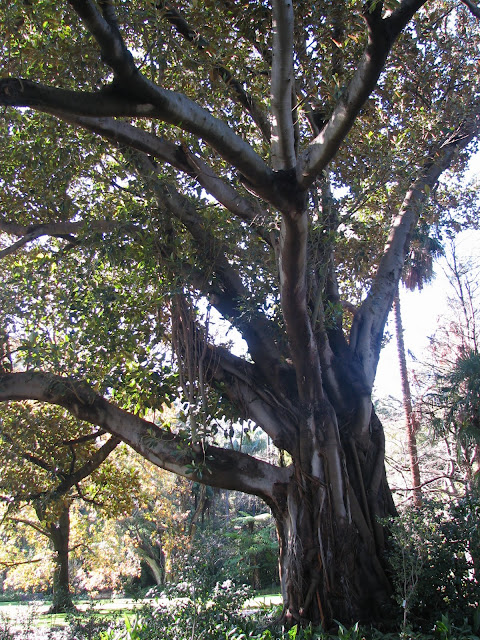 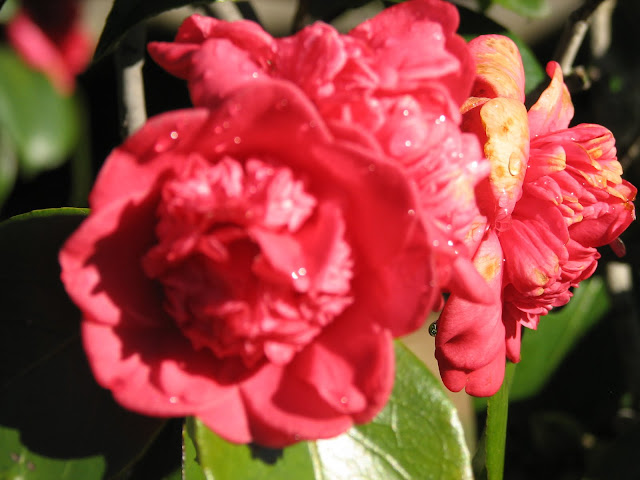 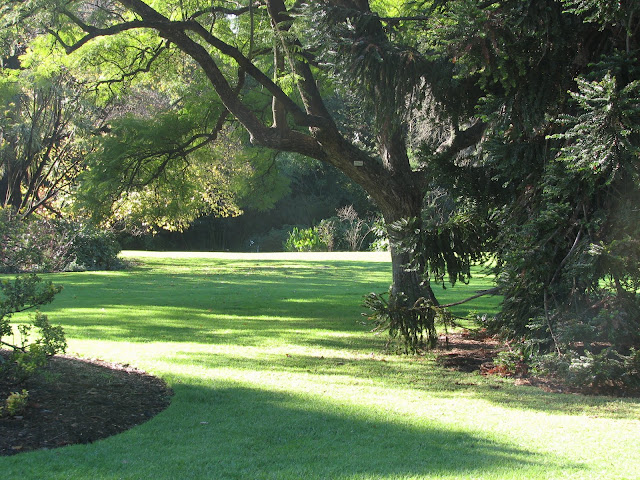 The strong sunlight in Australia can be magical at times. 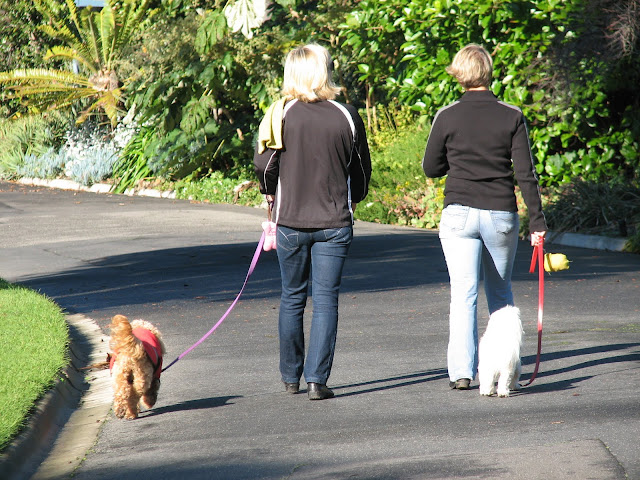 Walking the dog and getting a little exercise has to be good for the backside. 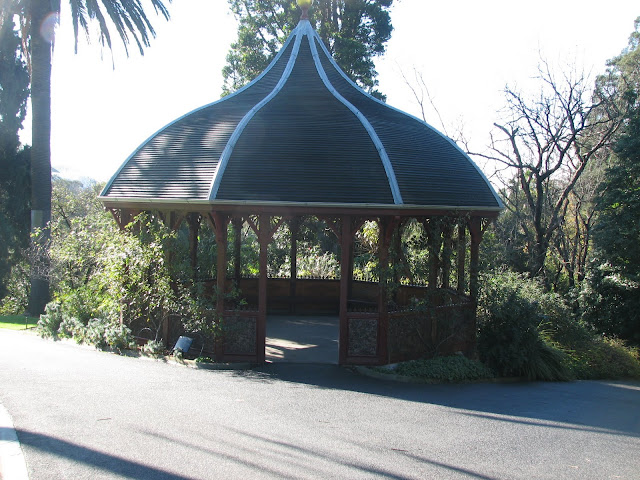 A pavilion where we rested for a while. 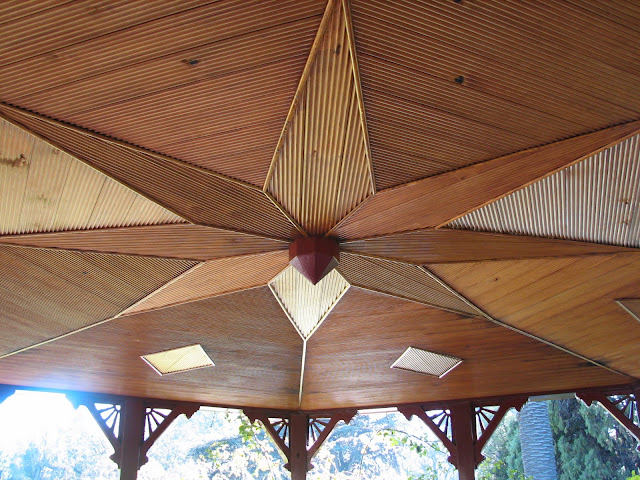 Ceiling of the pavilion. Isn't it beautiful. 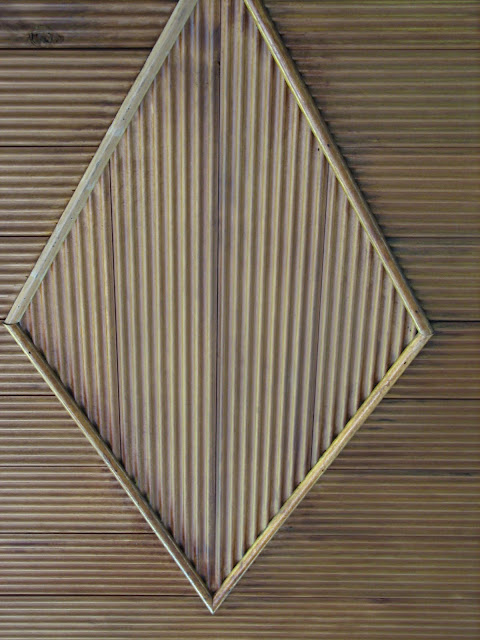 Detail of the ceiling. 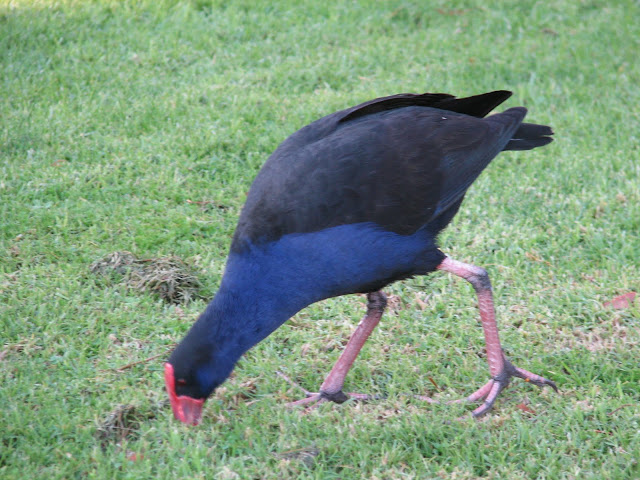 Local wildlife. That renowned ornithologist, Dr Richard T. Watson (my brother in law) has declared that it is a purple swamp hen or Pukeko. 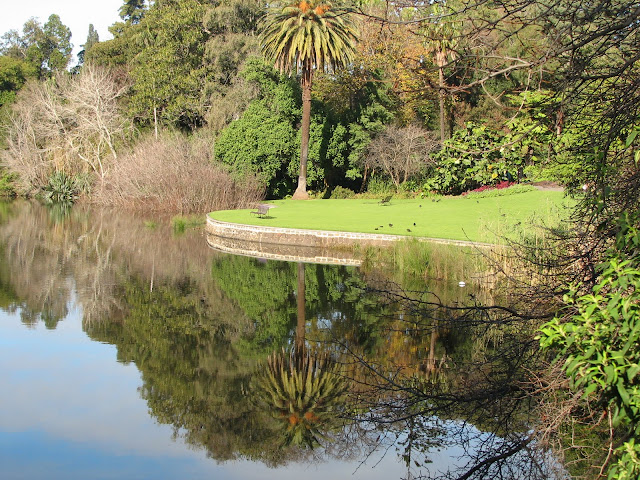 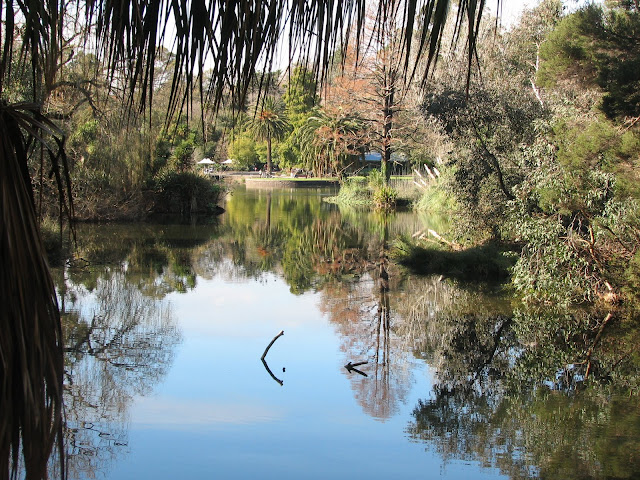 This actually used to be where the river flowed but when the gardens were created the river was diverted and this lake was formed. 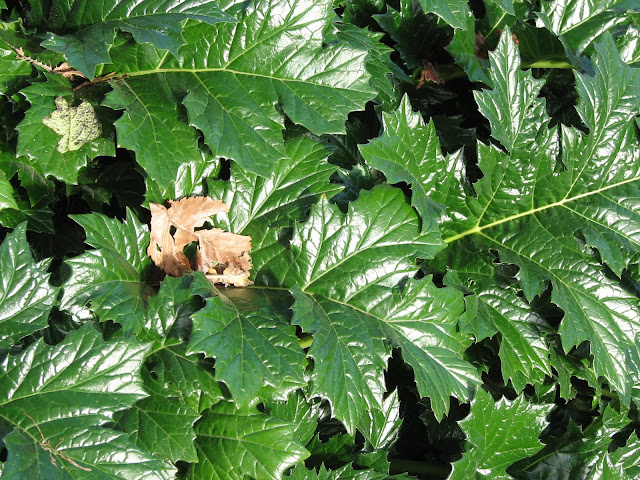 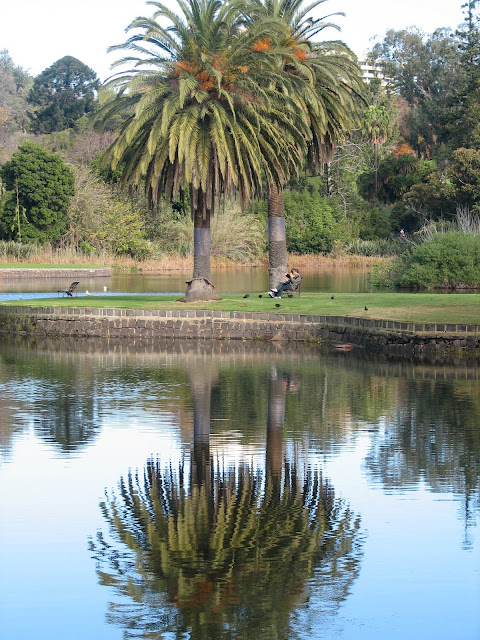 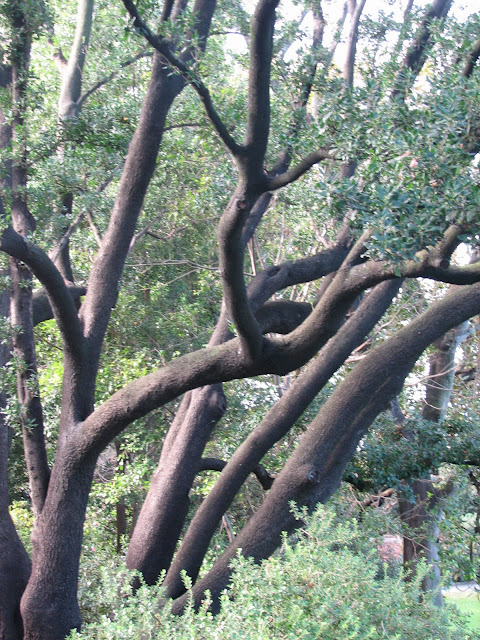 So this is the end of the photos for the gardens. If you ever come to Melbourne, make sure you take the time to visit the gardens. You will be so glad you did. 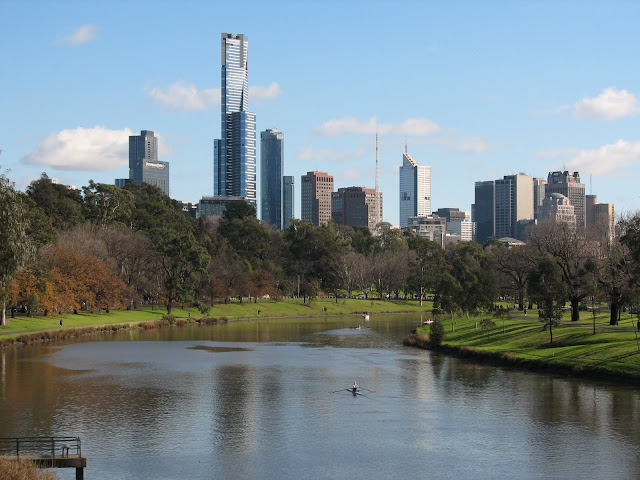 And so we are down to the Yarra River with the skyscrapers in the background. Between 1888 and 1891, Melbourne was perhaps the leading city in the world for building early skyscrapers. Most are gone now. 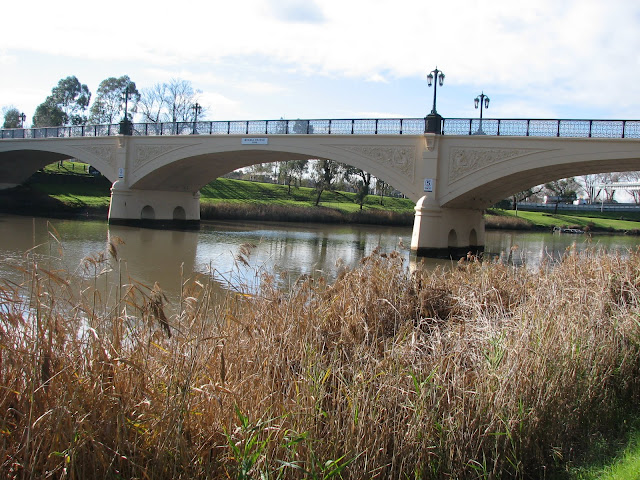 One of the older bridges over the Yarra. It's no longer used for traffic and is now just for foot traffic and bicycles. 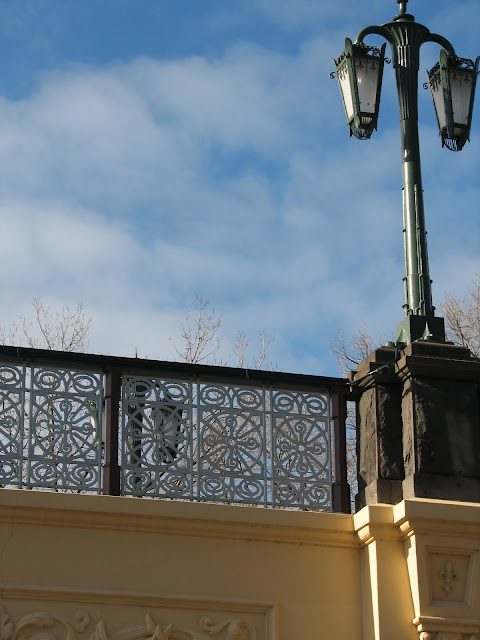 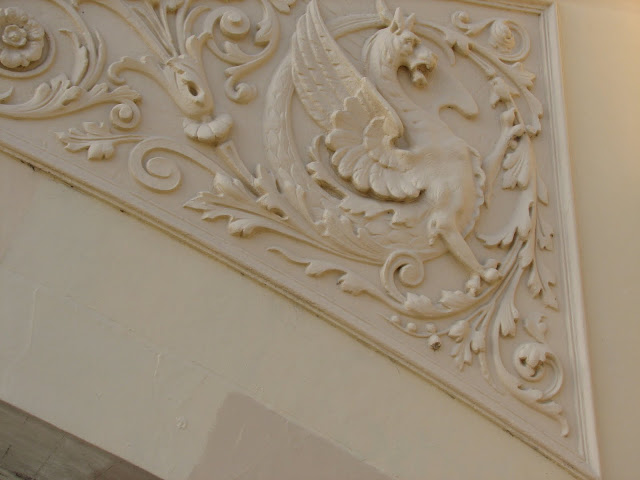 It's an absolute joy to walk around the older sections of Melbourne. It really was a rich and powerful city and they wanted to show off. Finally, a sculler on the river. Back in 1973, a few of us decided we were going to learn how to row so we joined one of the local rowing clubs (Banks) and so we rowed up and down the river in a four seater. It really was a lot of fun and good exercise but we never got any good at it. Ah, the old days.