Watsons Bay is on the south side of Sydney Harbour, but close to the heads. I have never really been there so decided to go out there on the ferry. So to get to the ferry we got off at Milsons Point at the north end of the Harbour Bridge and took the ferry over to Circular Quay where all the ferries leave from. 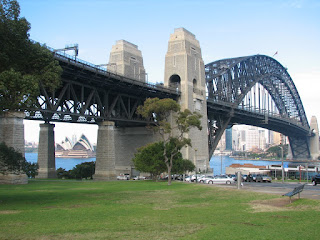 The north end of the bridge. 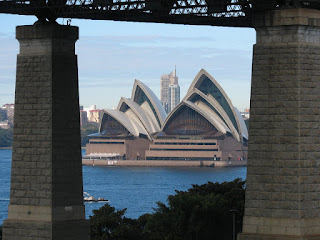 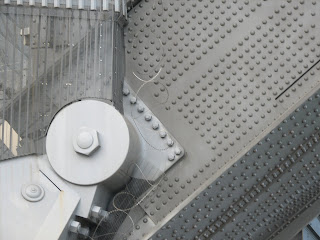 Detail of the bridge. 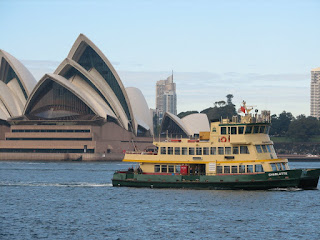 Most of the ferries are now catamarans. They can travel much faster than traditional single hull boats and shorthen trip times. 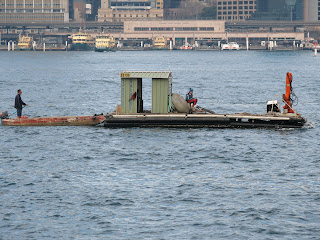 Of course, there are other vessels on the harbour. 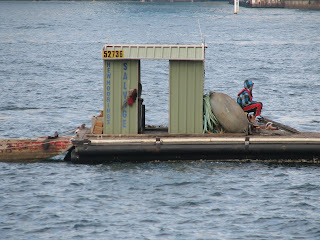 Dang, here I am on the greatest harbour in the world with the Opera House on my left and about to go under the Bridge. Ain't life wonderful. 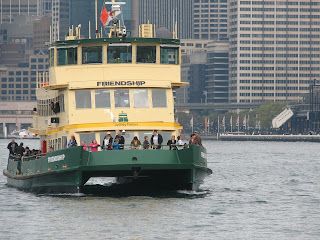 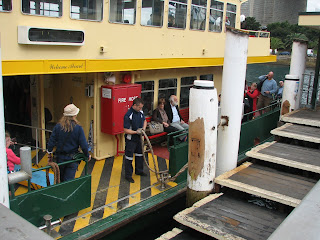 Getting ready to unload the passengers. 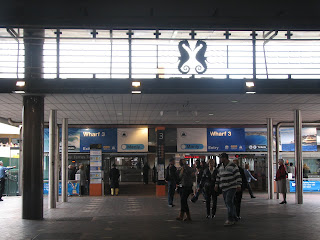 Circular Quay is the heart of the tourist Sydney. All the ferries leave from here. 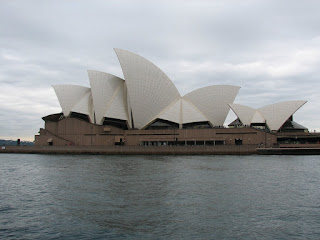 This day was very cloudy and overcast. The Opera House looks different as the weather changes. 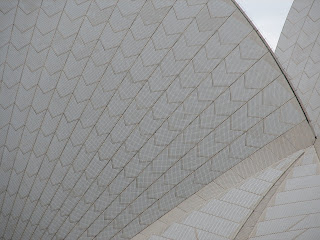 It really is an incredible structure. 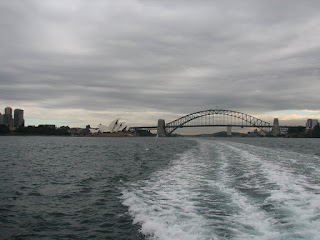 An so we proceed off to Watson Bay. We are up the back of the boat because it is too cold to stand up front in the wind. The temperature would be about 55. 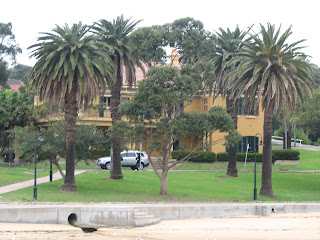 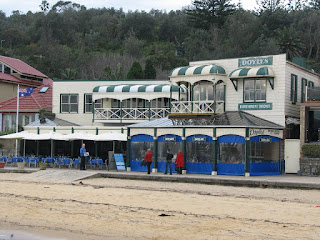 Doyles on the Beach which is perhaps Sydney's most famous restaurant. Basically a seafood place. No we didn't eat there. 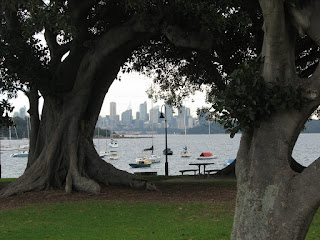 On a nice day, this would be a fantastic place to visit. On an overcast winter day, it's still not bad. 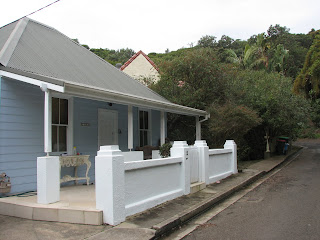 Just a short walk up a small back street with old houses (worth a fortune) that approaches the cliffs overlooking the ocean. 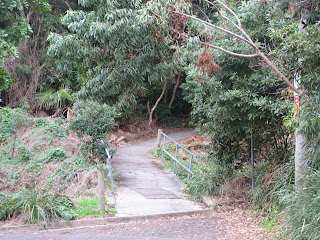 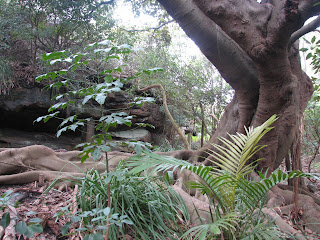 Something I had never realized about Sydney is that there are thousands of little areas where nature reigns. There are nature reserves everywhere, particularly around the harbour and there really are a lot of trees. 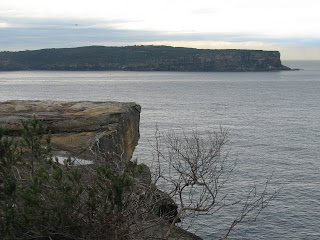 In the distance is theNorth Head of the entrance to the harbour. 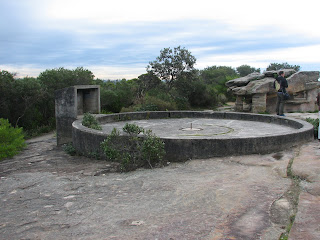 The remains of a WWII gun emplacement. Since Sydney Harbour was such a strategic harbour, it was supposedly very well defended. However, you might like to read the story about the Japanes midget submarines that slipped into the harbour in 1942. 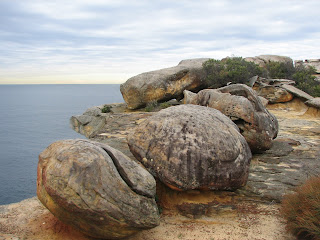 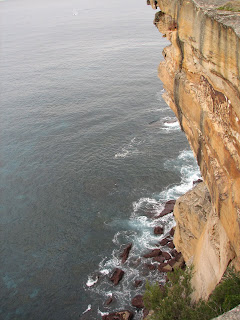 Yes, the cliffs are rather high. 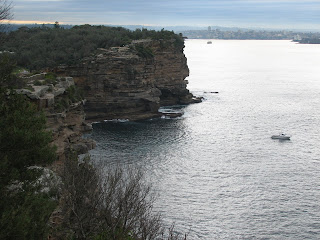 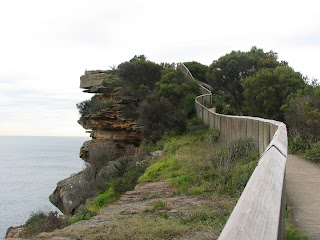 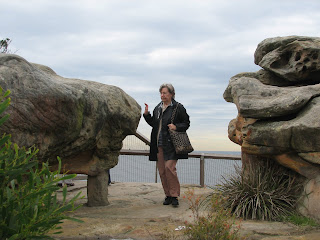 Vanna Perry reveals that your prize for reading all of this blog is this rather fetching rock formation. 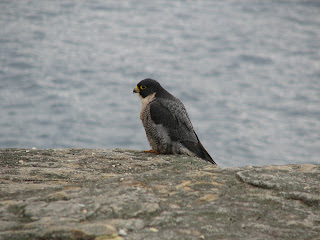 Some sort of bird that enjoyed flying about the cliffs. 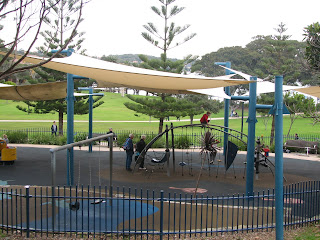 Australia has wonderful playgrounds for kids. Increasingly, these sails have been installed above them to protect the kids from the sun and secondly, rain. Skin cancer is a major concern in Oz. 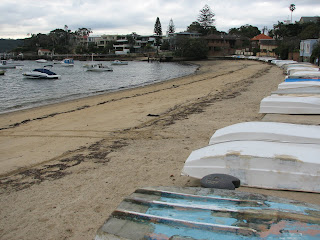 Back to the beach and a short walk before catching the ferry. It was a pity the day was so overcast because it would have been so much better on a nice day with a beautiful blue sky. Still, you take what you can get when you travel.