This is one of those odd tourist attractions that you periodically come across. 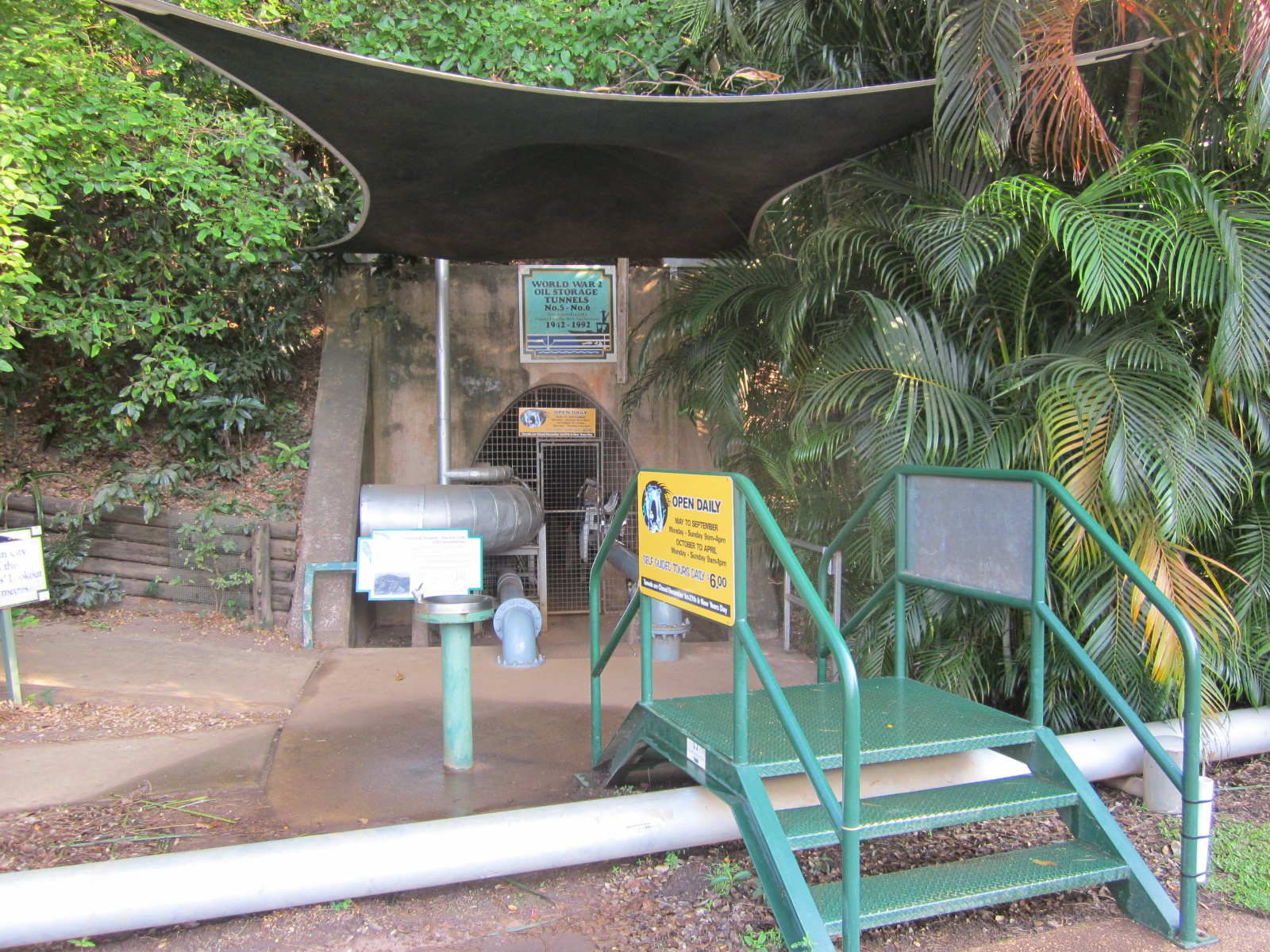 After the bombing in 1942, the navy decided to better protect its oil supplies by digging long tunnels into the hill beside the harbour and storing the oil in them. After the war, a petrol company called Golden Fleece also used one of them. 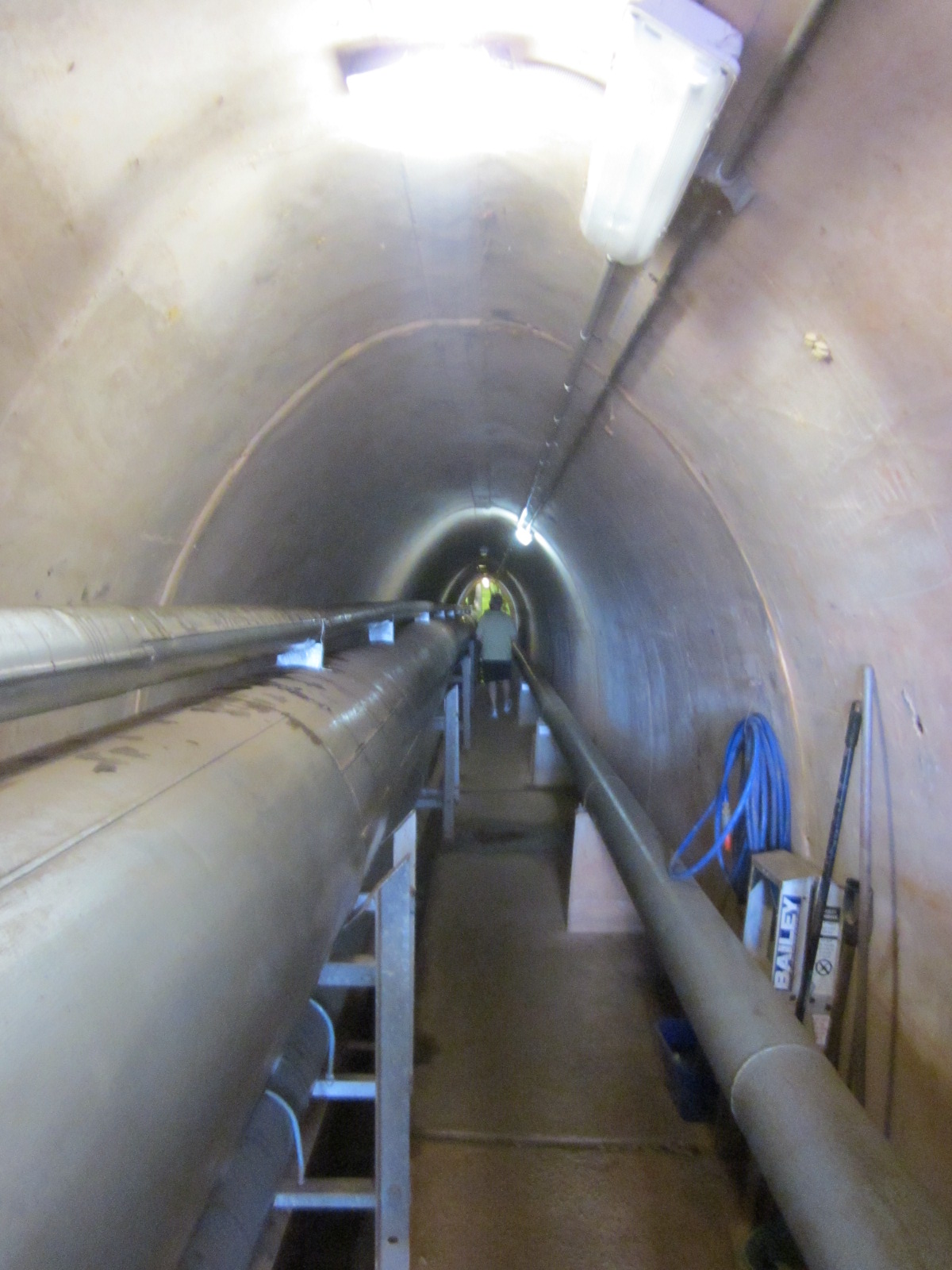 You pay $6 to the bloke outside and ten enter this 60 yard access tunnel to get to the storage areas. 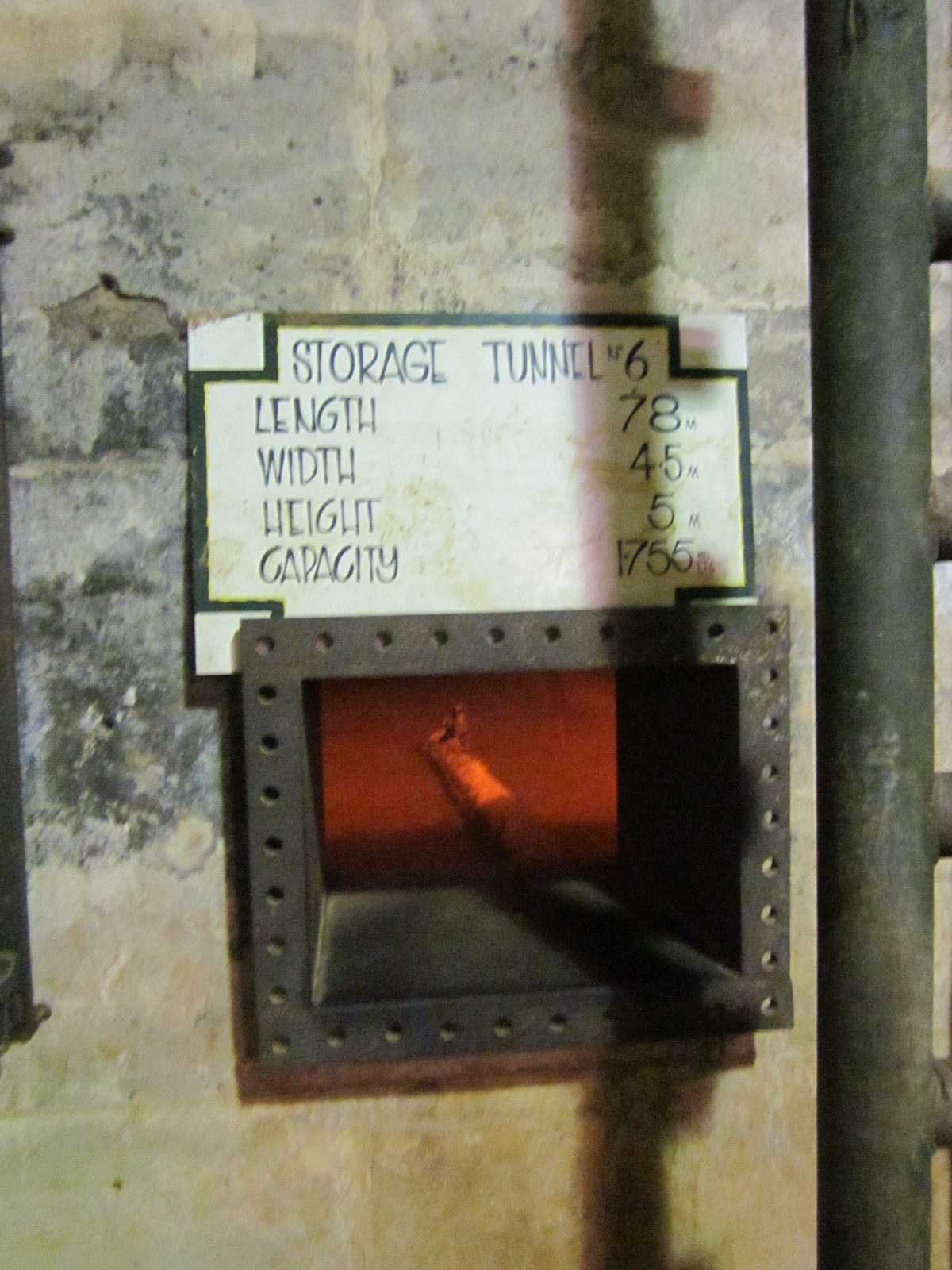 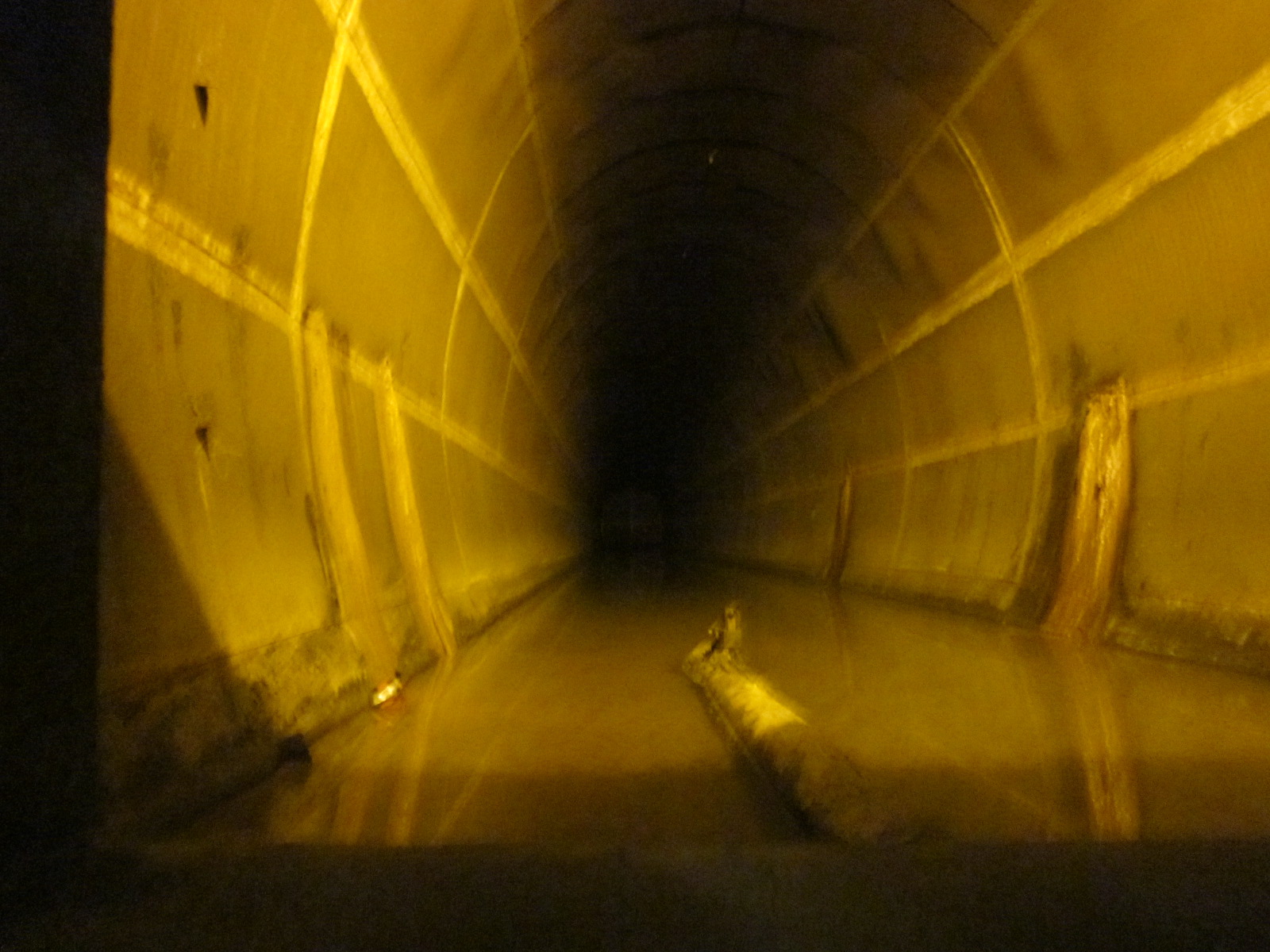 Inside the tunnel. I spoke to the bloke outside after I left and he said that they had been in use for quite while but the Navy eventually stopped using them and pumped the oil out. The tunnels were lined with steel sheet which has actually survived quite well after 70 years underground. There was a couple of feet of water in each tunnel when he cleaned them out. 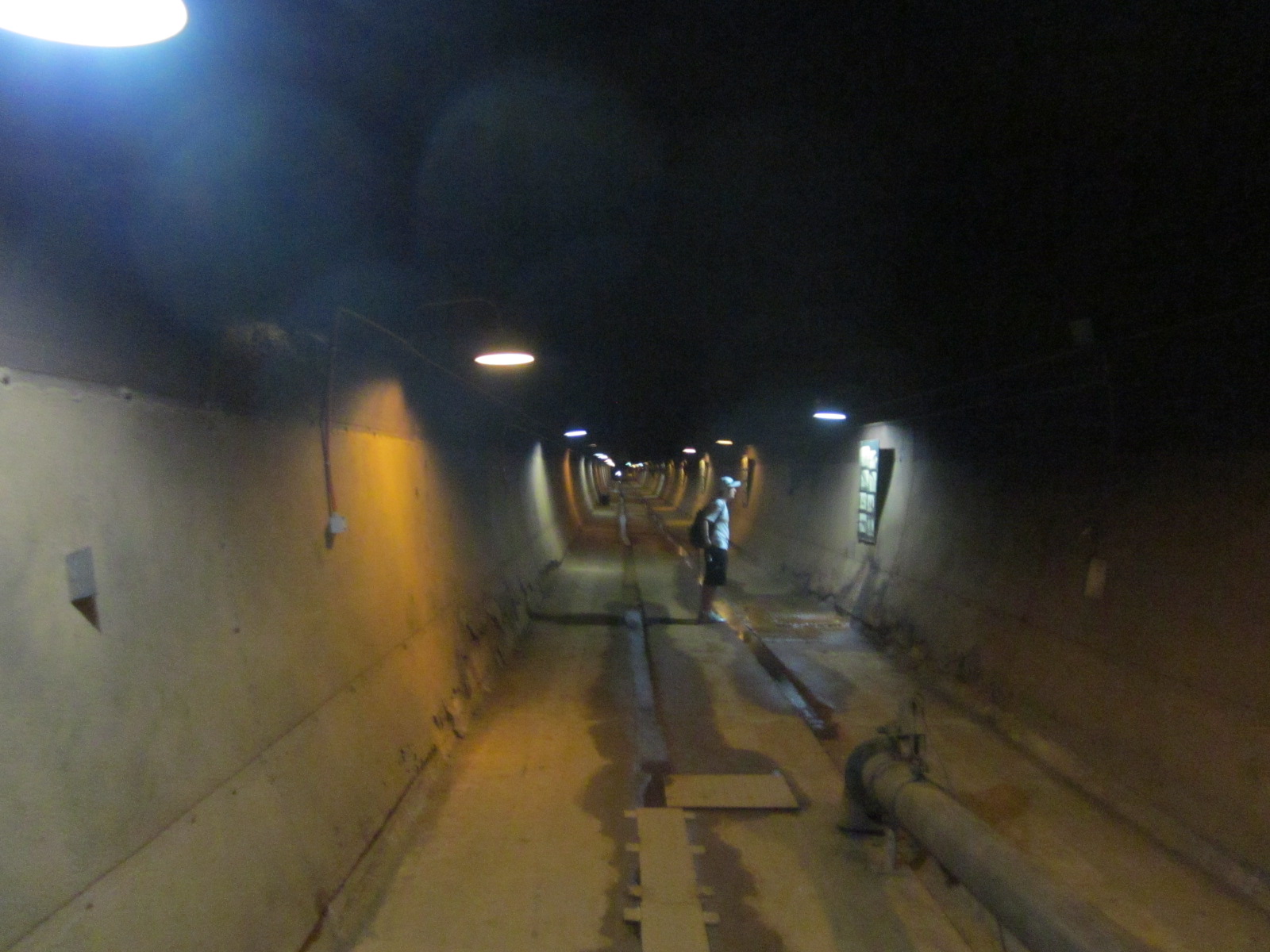 You can walk the length of another of these tunnels. I'm still not sure of the purpose of these grooves in the ground though the bloke explained it to me twice. The tunnels were essentially steel tubes. 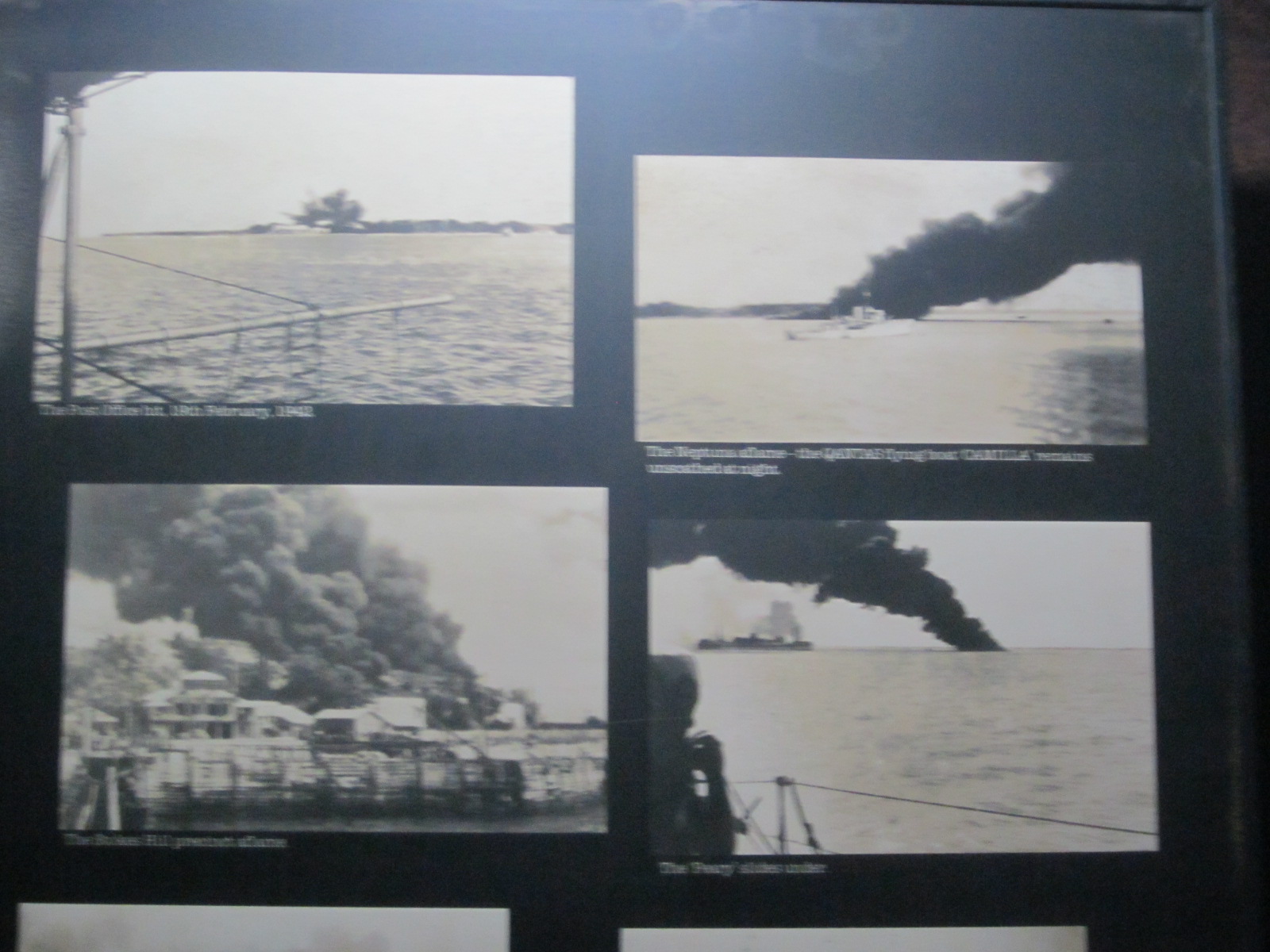 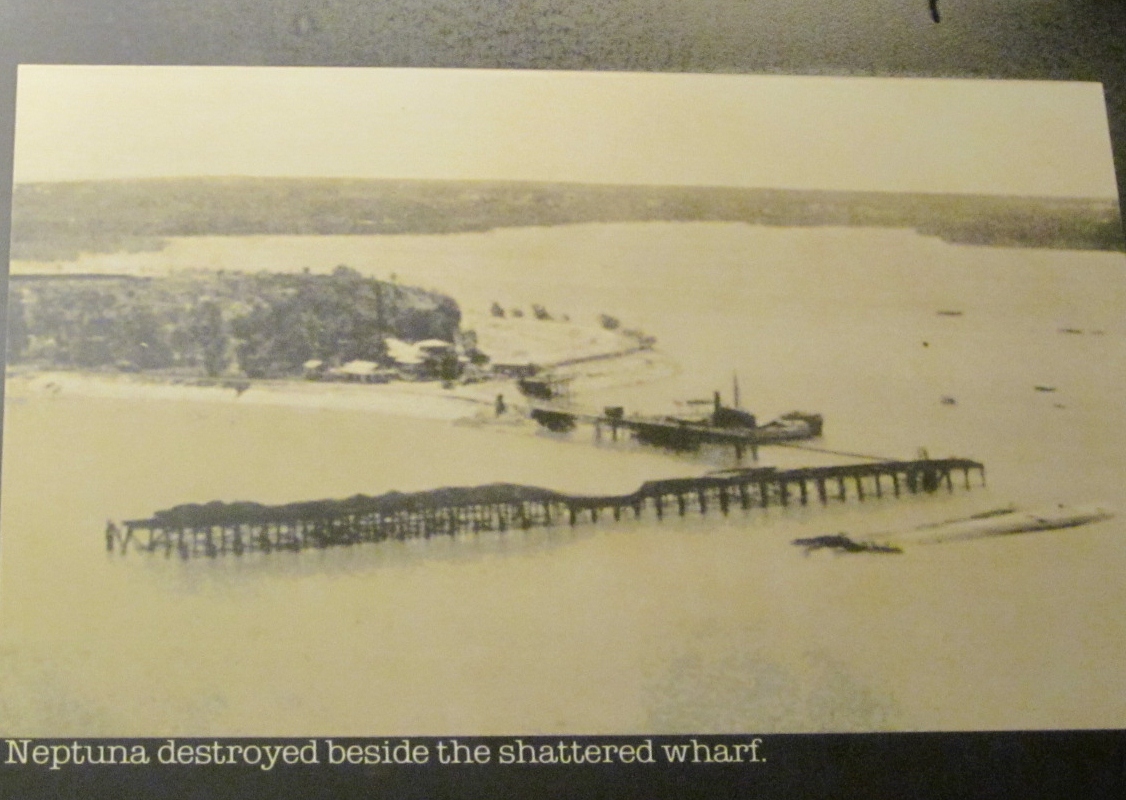 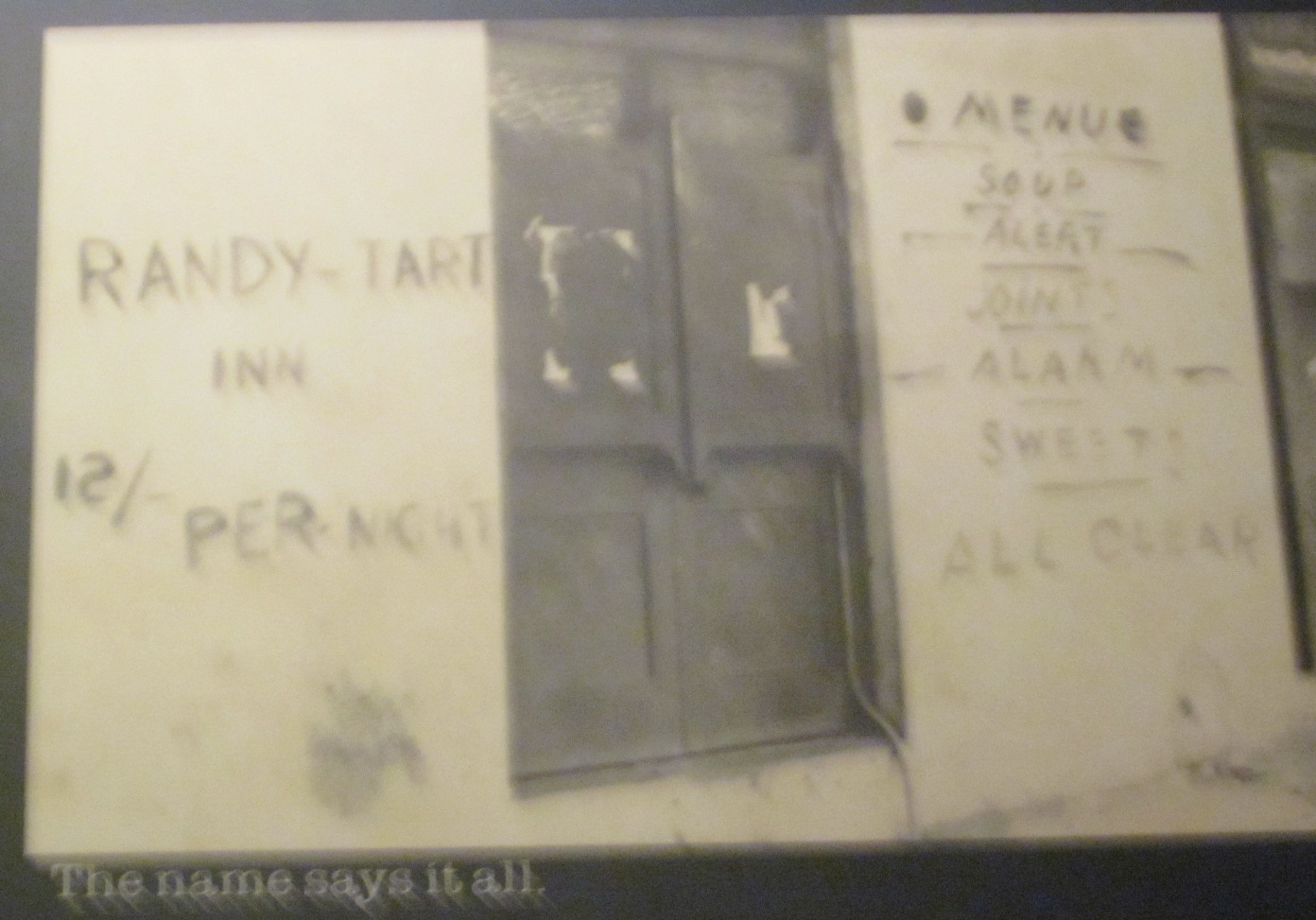 After you have walked about 10 yards along a tunnel, you do get a sense that you have seen all there is to see. So the bloke installed photos of  Darwin during the war. 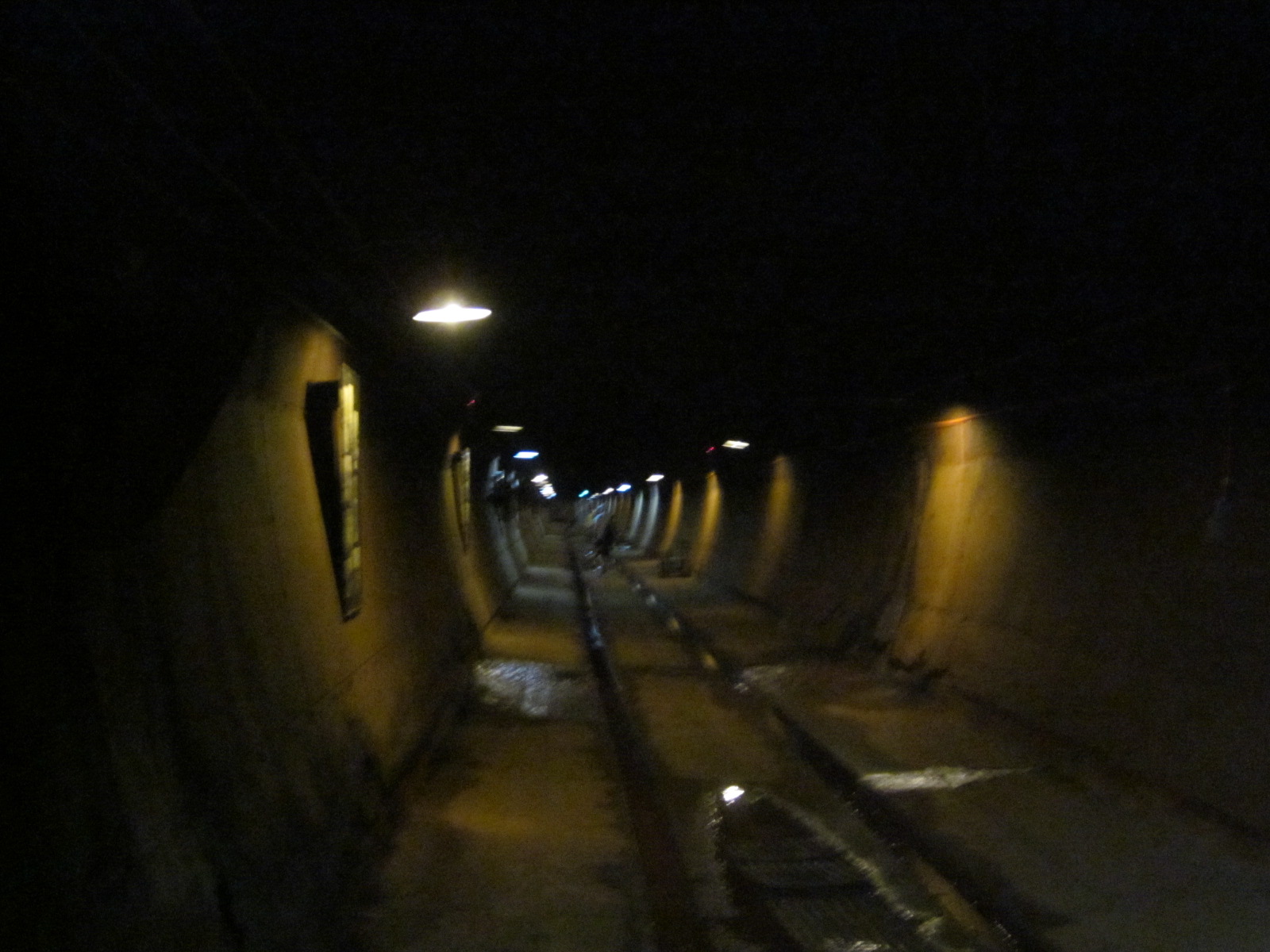 Looking back along the tunnel.

Believe it or not, in a good year, over 35,000 people visit the tunnels. The bloke said that numbers have dwindled over the past couple of years to 28,000 because of the GFC (Global Financial Crisis).