Robin has a a part-time job at a shop that sells paper and other stuff that I would never buy. It's in Double Bay, one of the most ritzy suburbs in Sydney. 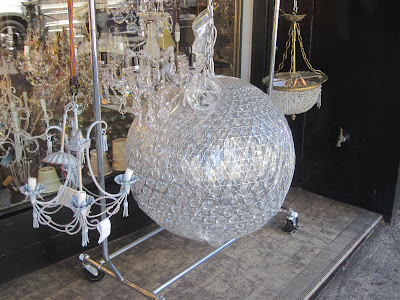 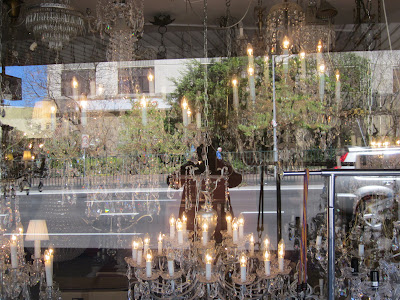 We took a bus from the city out to Double Bay and we were intrigued by the chandeliers in this shop window. 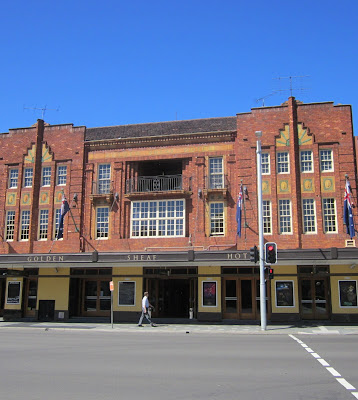 Distinguished looking pub. Before random breath testing arrived, pubs played a huge part in the Australian male life. Many men would stop in for a beer or two after work and so the pubs were quite large to accommodate the crowds. The arrival of TV put a dent in these crowds, but the RBT really was the nail in the coffin for many pubs. 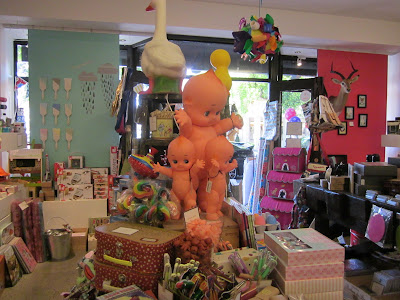 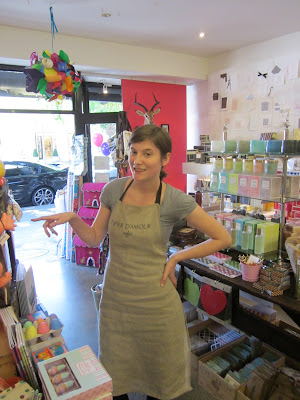 Robin inside the shop where she works. That's a nifty apron, isn't it. 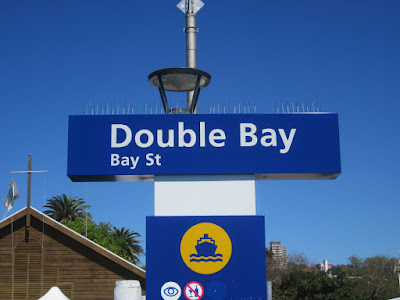 Rather than take the bus back into the city, we walked down to the water to take the ferry. 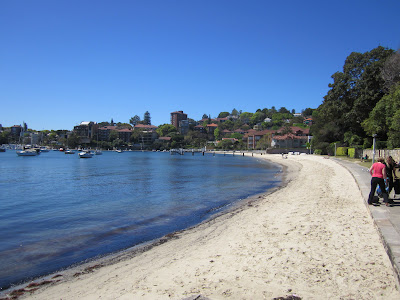 It's a quiet sort of harbour beach on a week day. The bay is lined by expensive houses and high rise apartments. 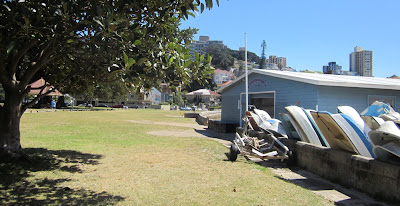 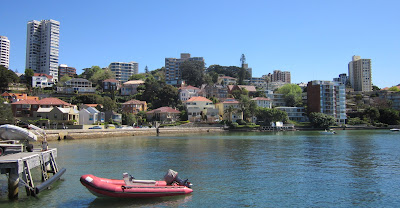 The bay is crowded with boats of various descriptions. 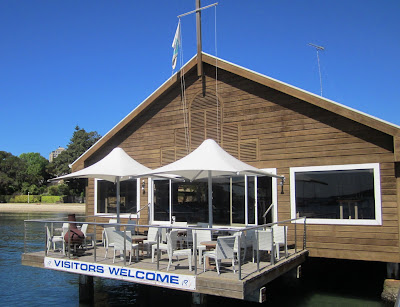 Boat shed with a cafe. I might say that coffee in Australian big cities is pretty good. 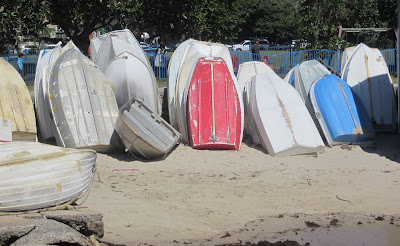 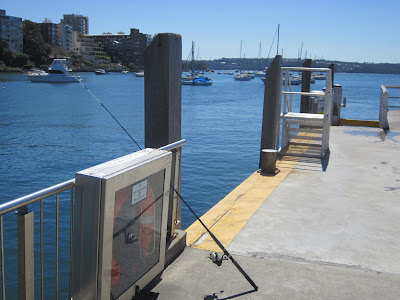 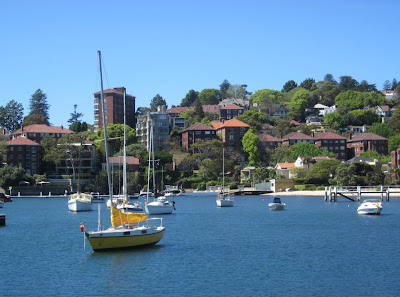 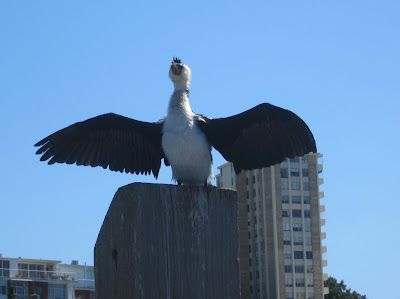 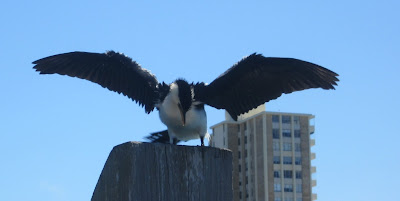 This bird had a good wash in the water and then flew up onto this pole and started to preen and dry itself. Suddenly it had enough and flew quickly away.

If the video turns out, it should show the bird shaking itself dry. 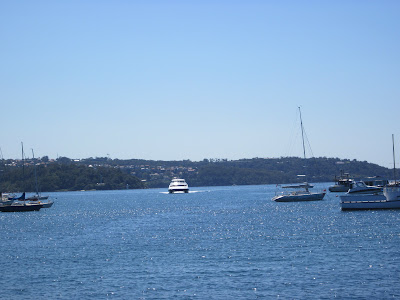 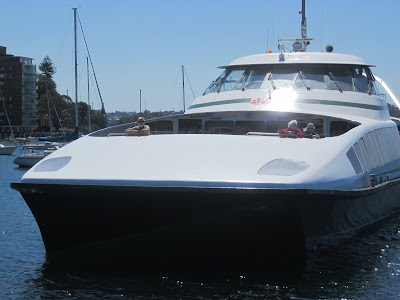 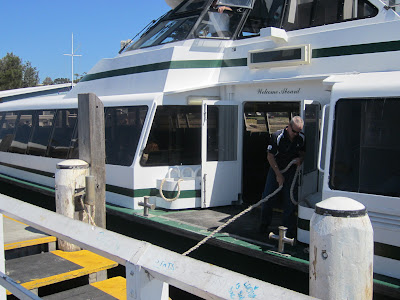 Ferry is such a civilized way to travel around a big city.