After visiting the Hume Dam, my friend took me to the Albury Station where I waited for the XPT train to take me to Sydney. This train is free using the Ausrail Pass. If you are using this pass, you need to have reservations for each train you take. By the way, once you reserve the seat make sure you take the train. It costs $50 if you reserve and fail to turn up. 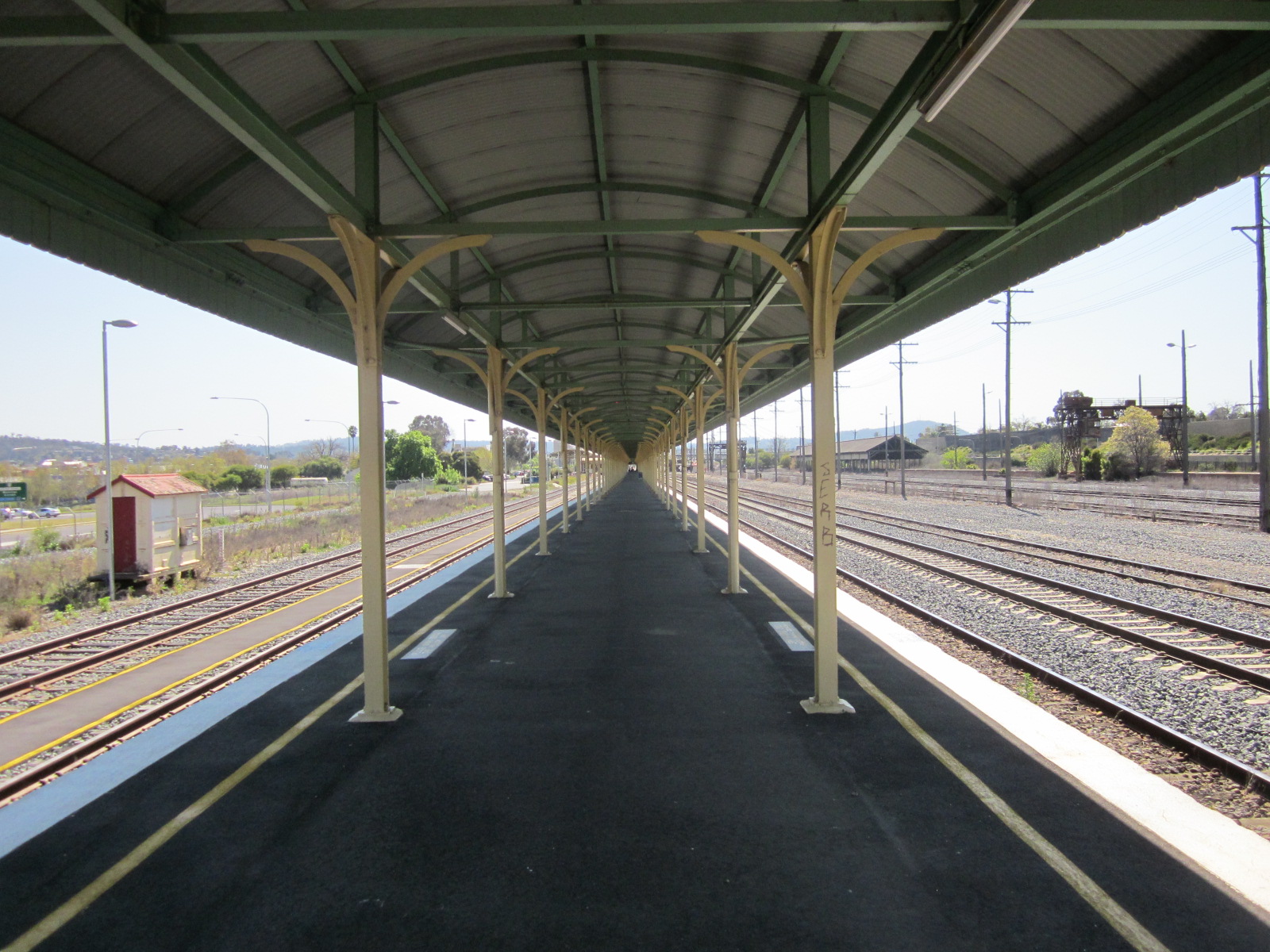 The Albury Station is very famous in Australia since it was where passengers used to get out of a NSW train on the left and transfer to a Victorian train on the right. 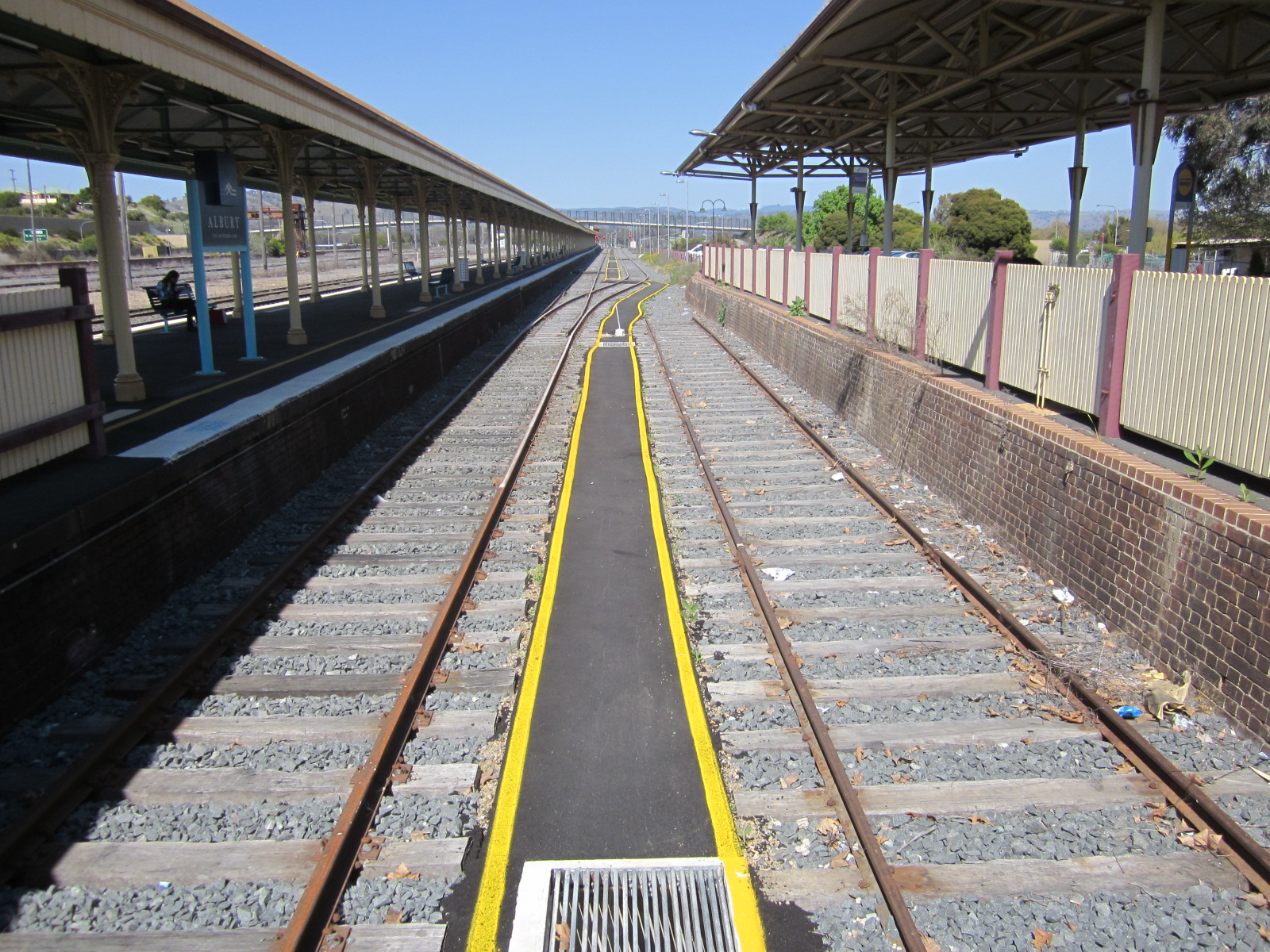 The Victorian side of the platform. The track on the right is all that is left of the broad gauge track (5'3") that all the Victorian trains used to use. Now the line to Melbourne has been replaced by standard gauge.

A bowling green across the road from the station. My friend was a member and he told me that the club closed suddenly with millions of dollars in losses and millions missing. Somehow I suspect something was going on. Bowls clubs in NSW can install poker machines, sell booze and food. In a wealthy town like Albury, a club like this should be making a mint of money, not losing it. 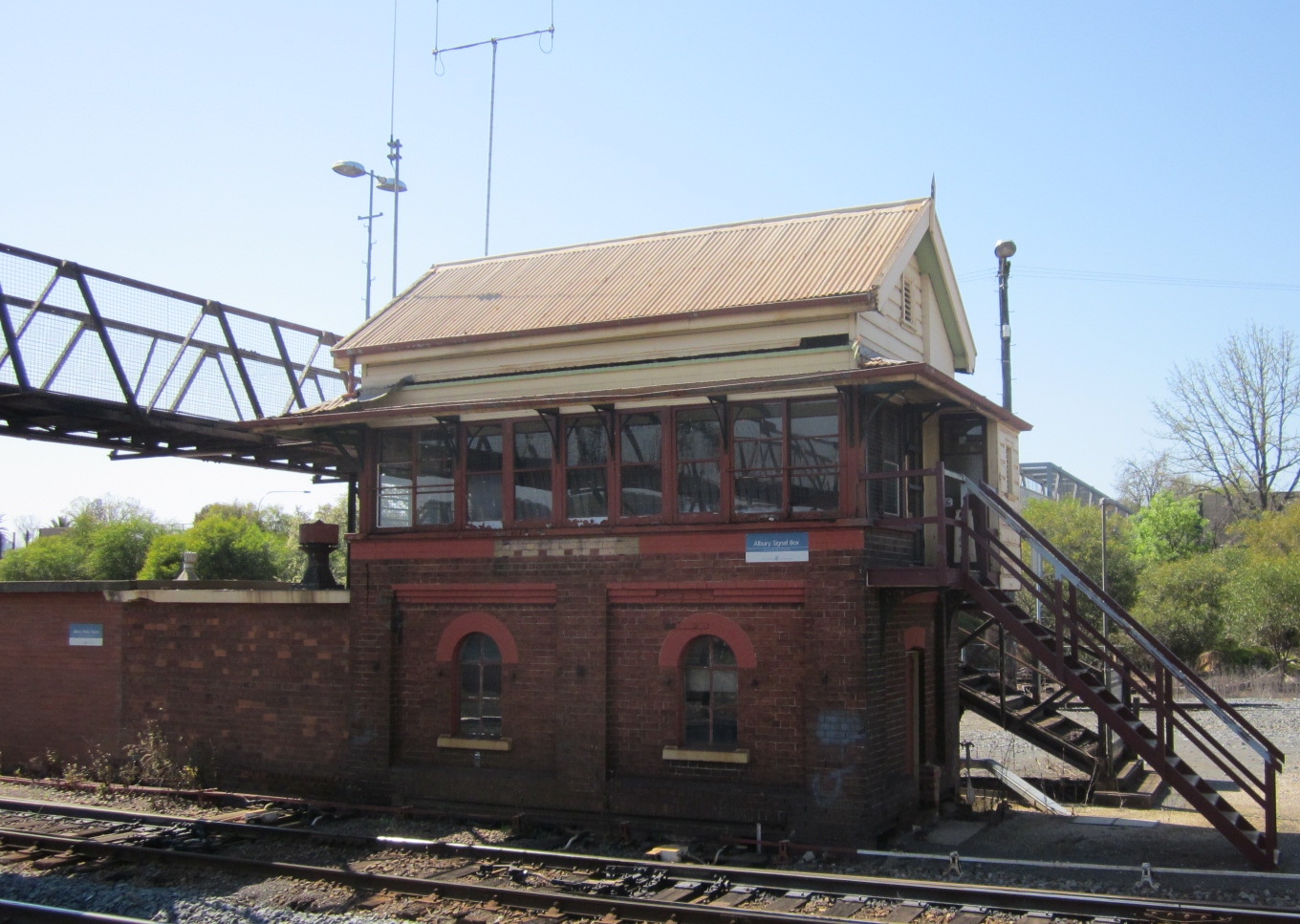 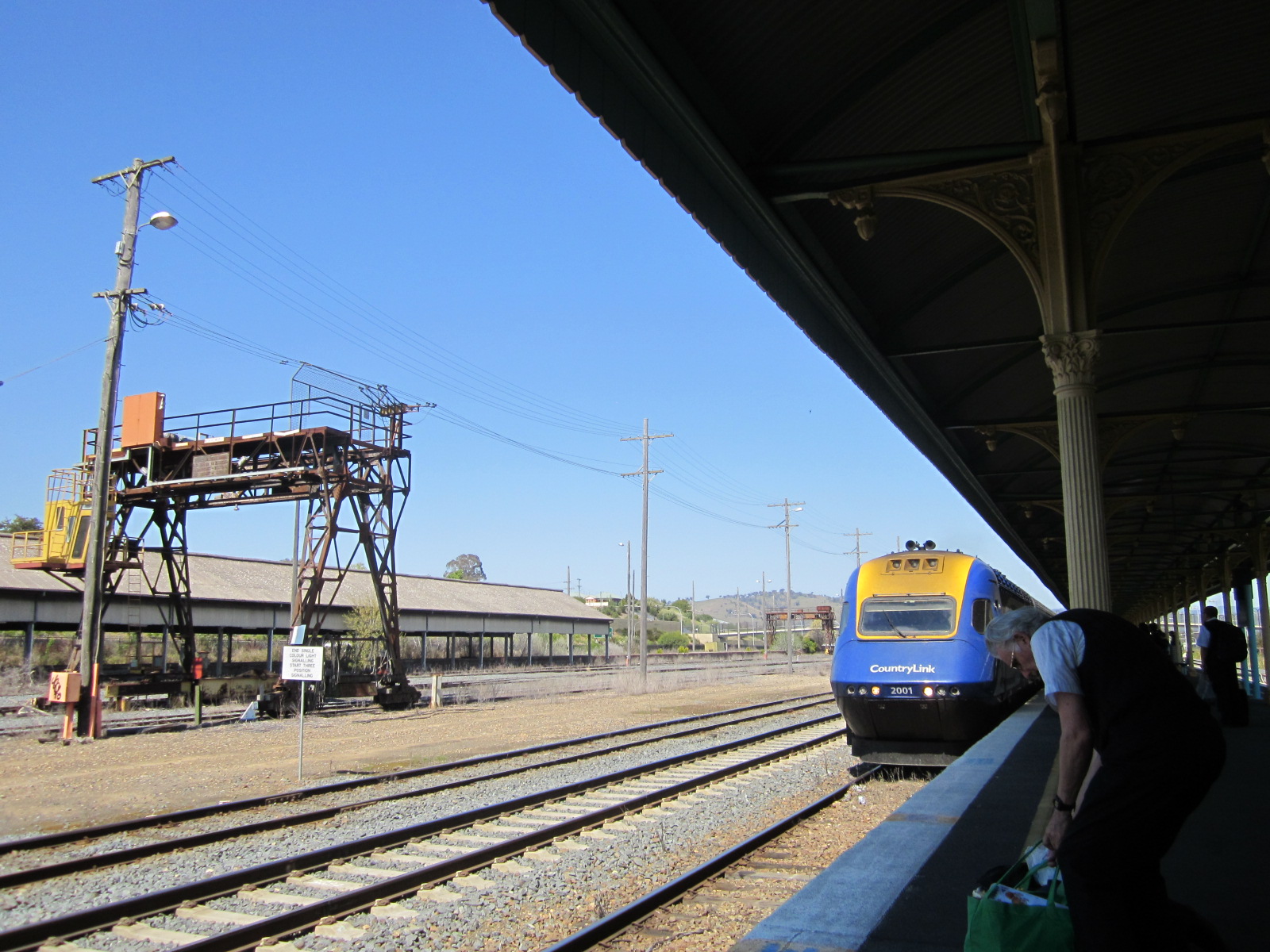 The XPT arrived from Melbourne only a couple of minutes late. 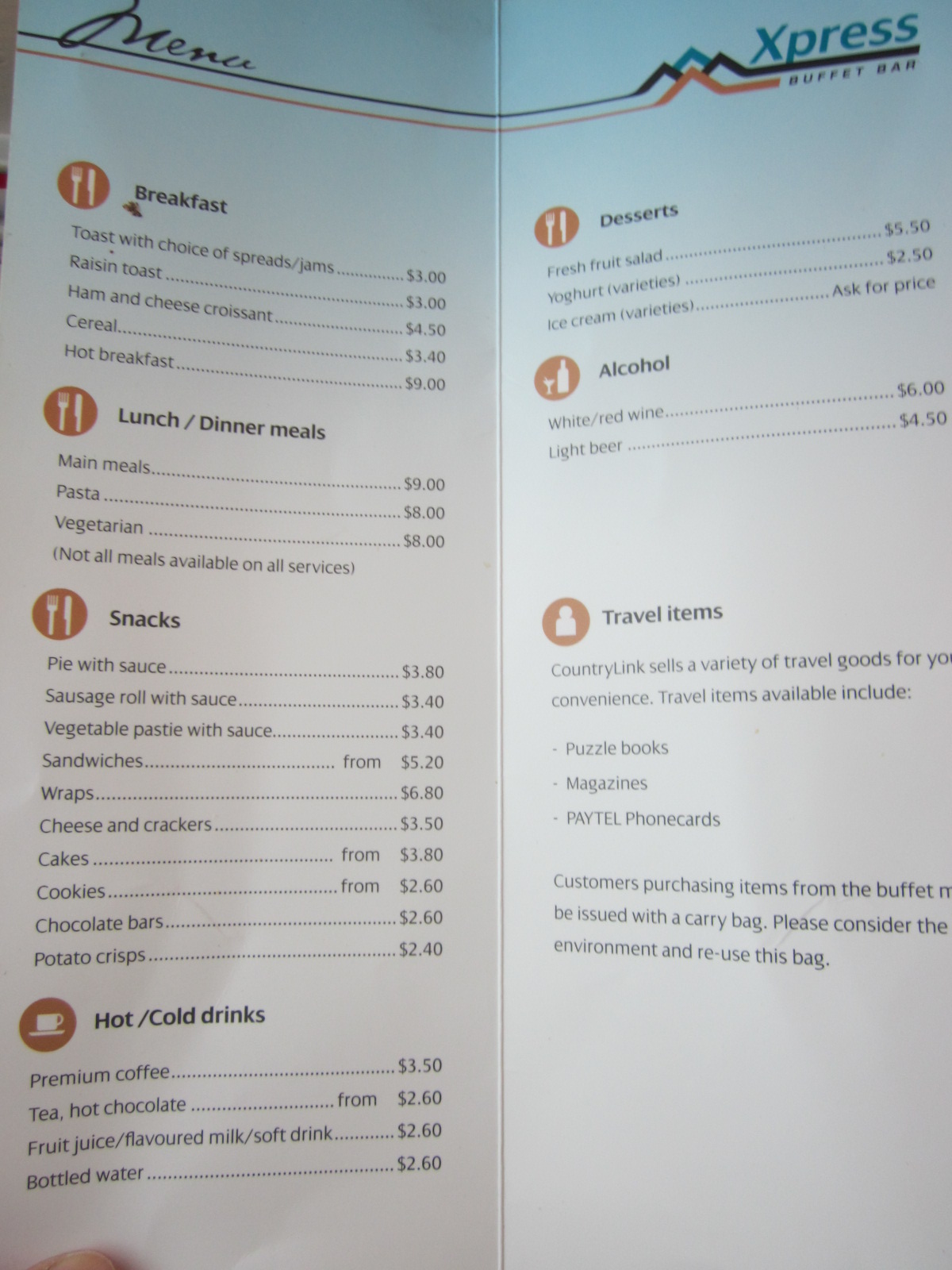 Menu on board the XPT. 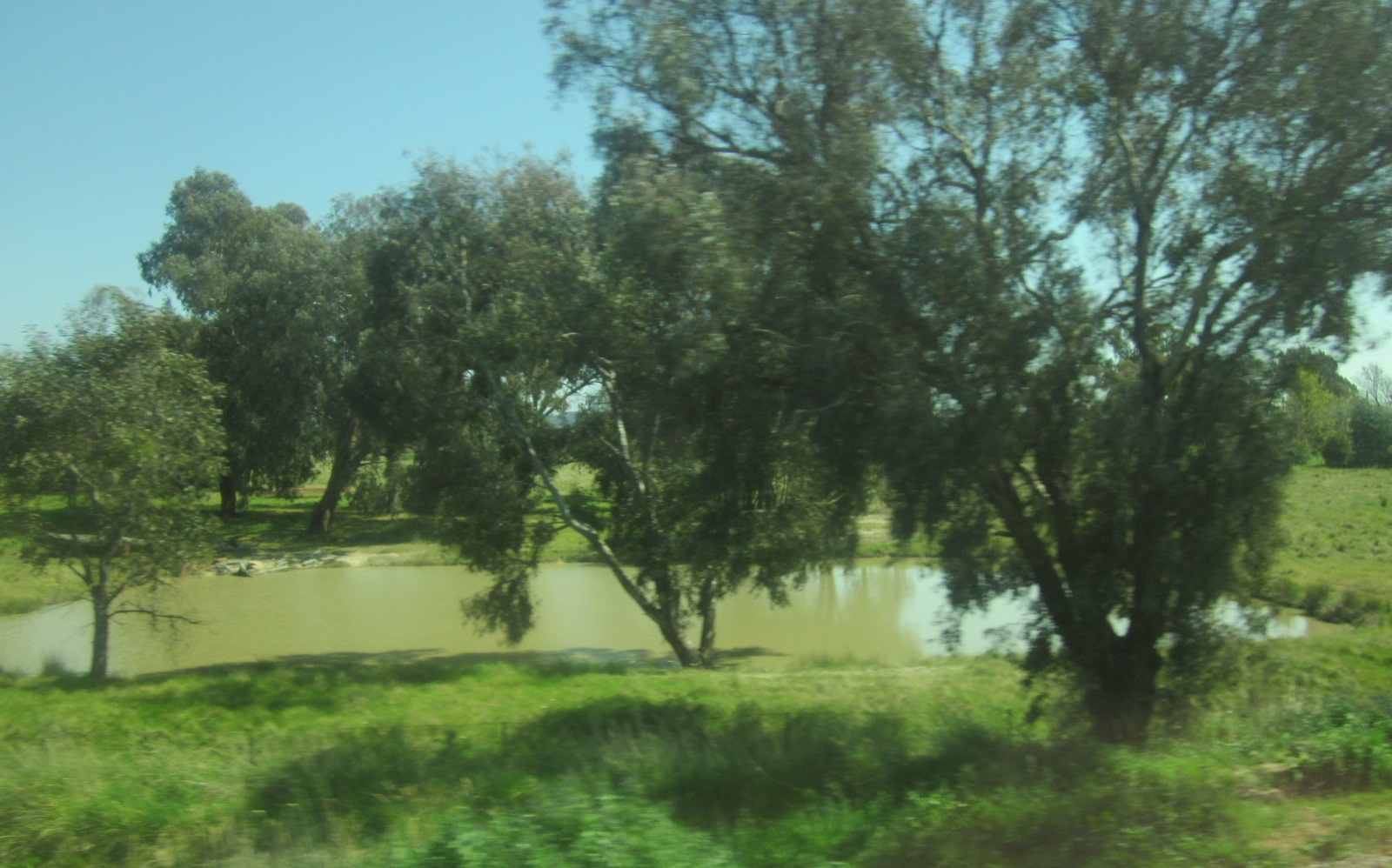 It's quite pretty scenery and quite green by Aussie standards. 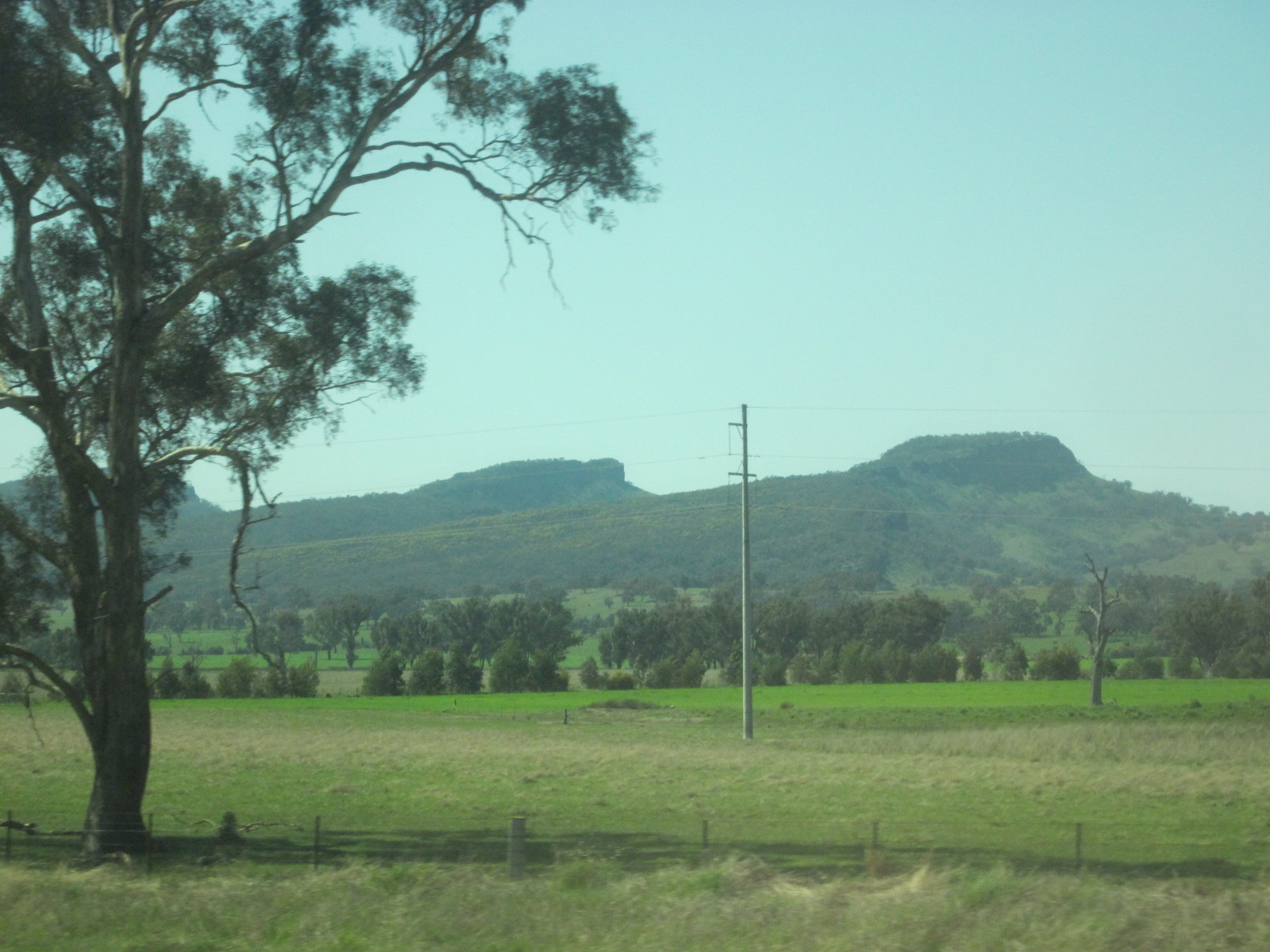 Some mountains with unusual shapes. 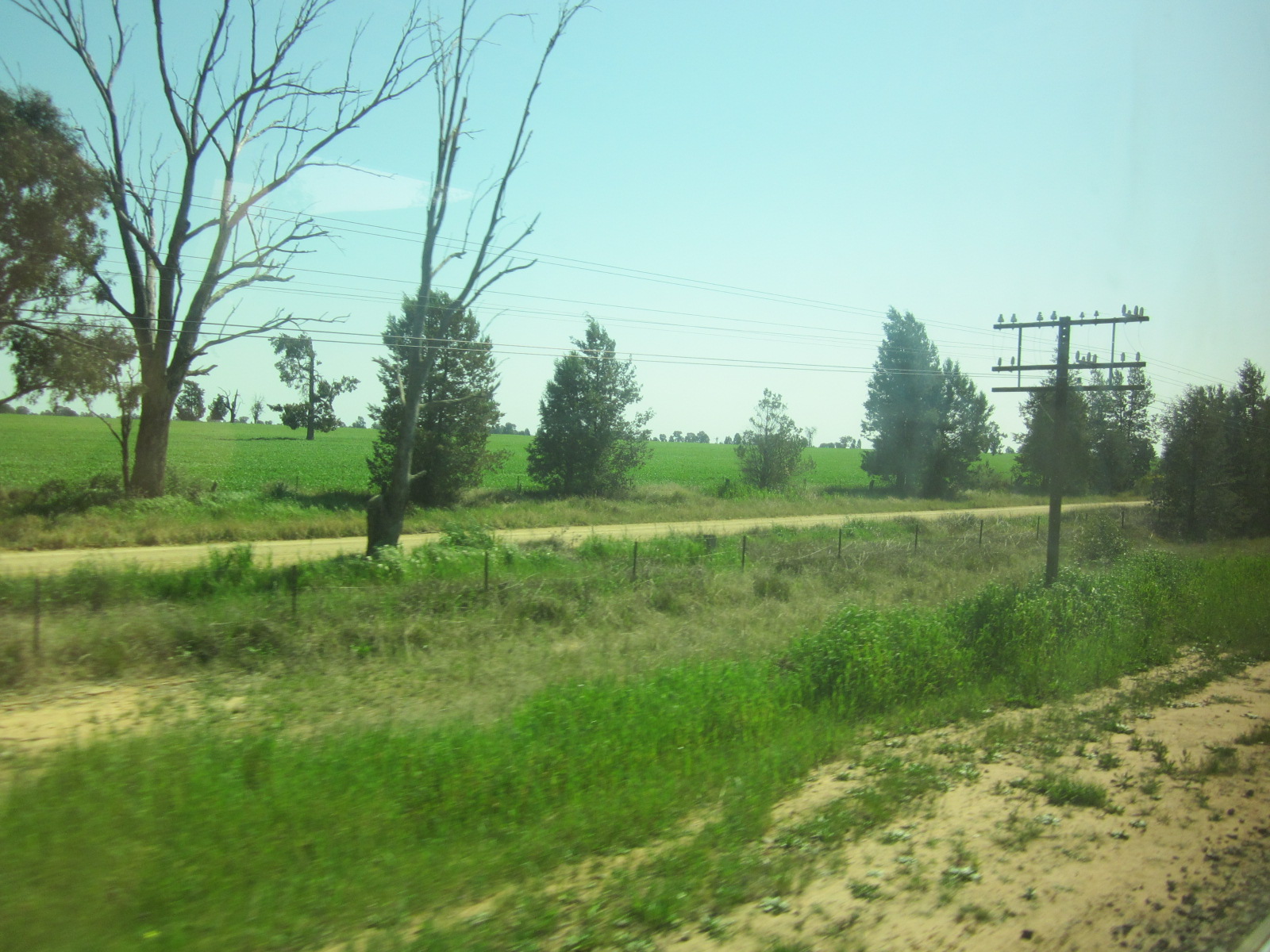 The train runs directly north from Albury to Wagga Wagga and the road to Wagga follows the train line. 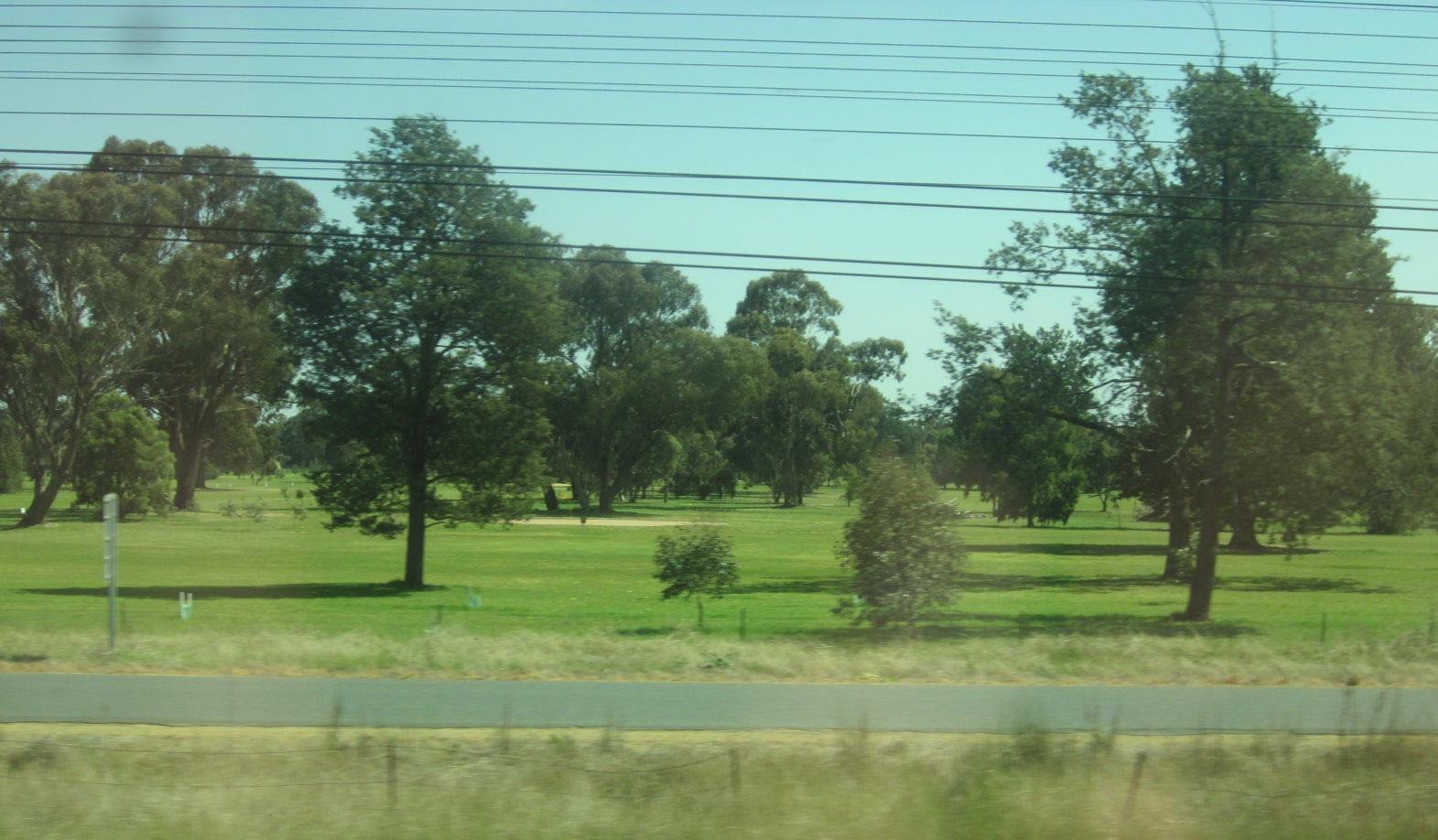 Gold course. Unfortunately the power wires were on my side of the train so even though I had a window seat, photo taking was always difficult. 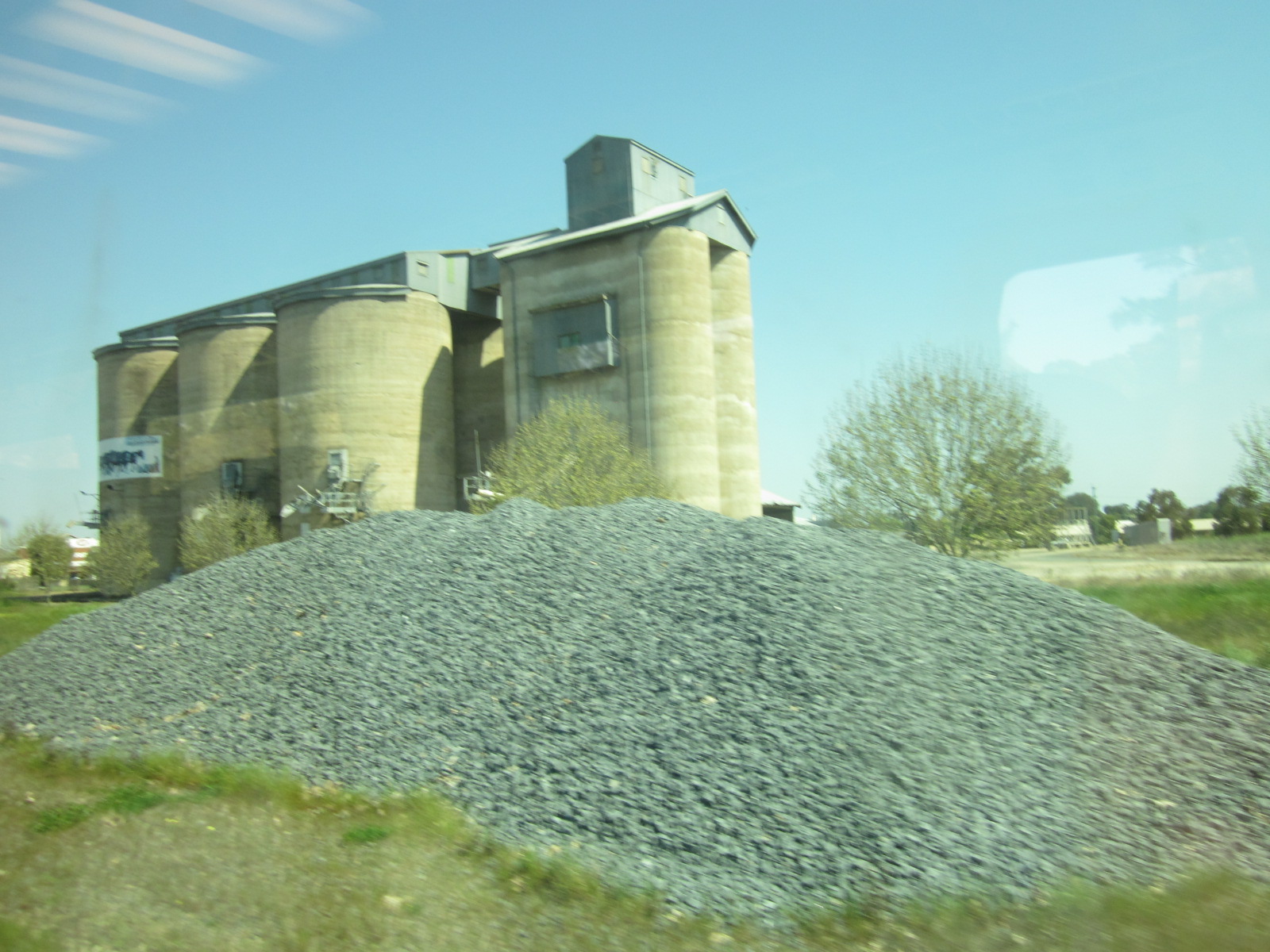 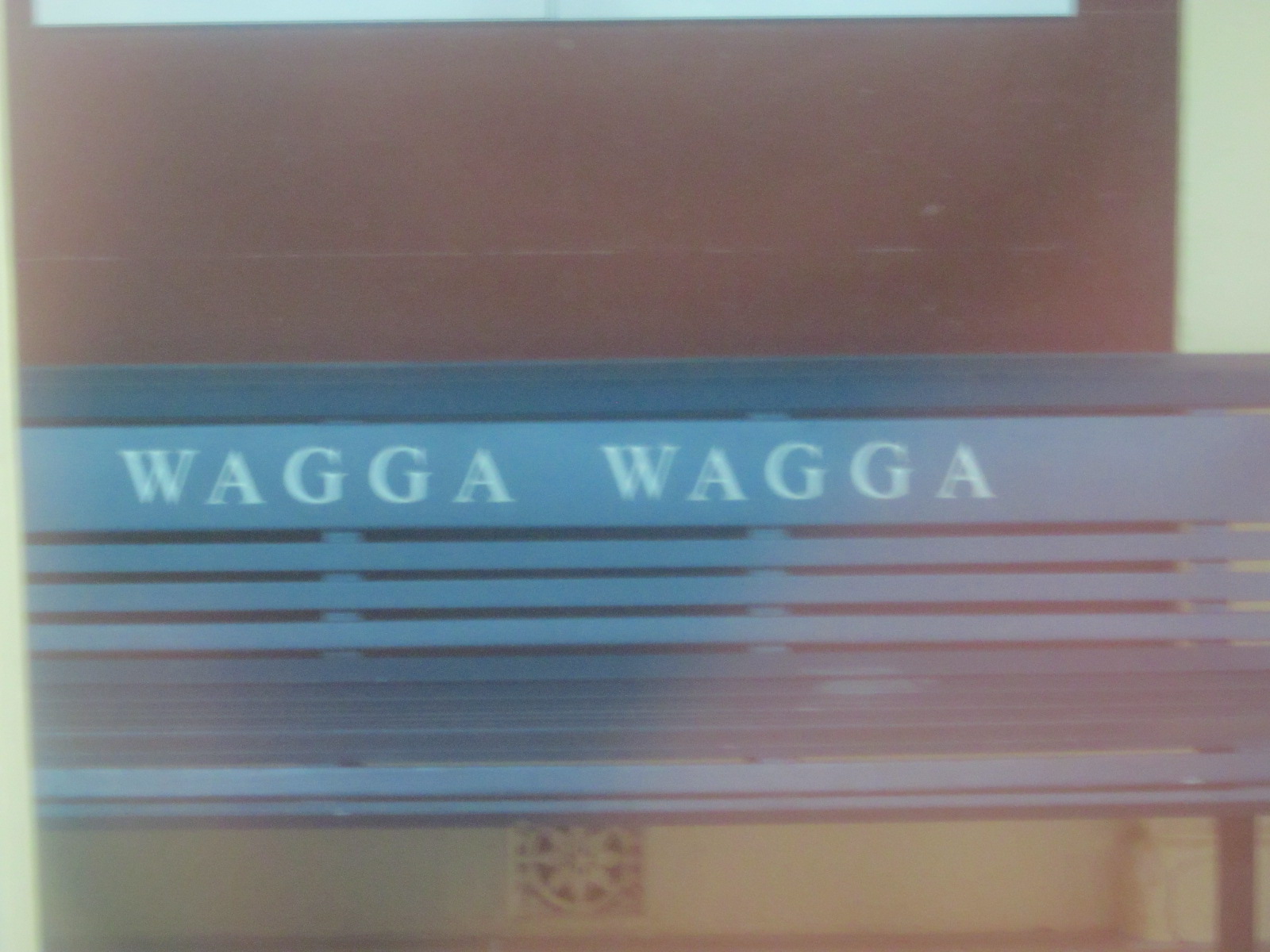 It's a great name, isn't it. You may not have realized that a lot of town names in Australia have not been repeated in other parts of the world. Wagga is unique. The aboriginal meaning is 'a place of many crows'. 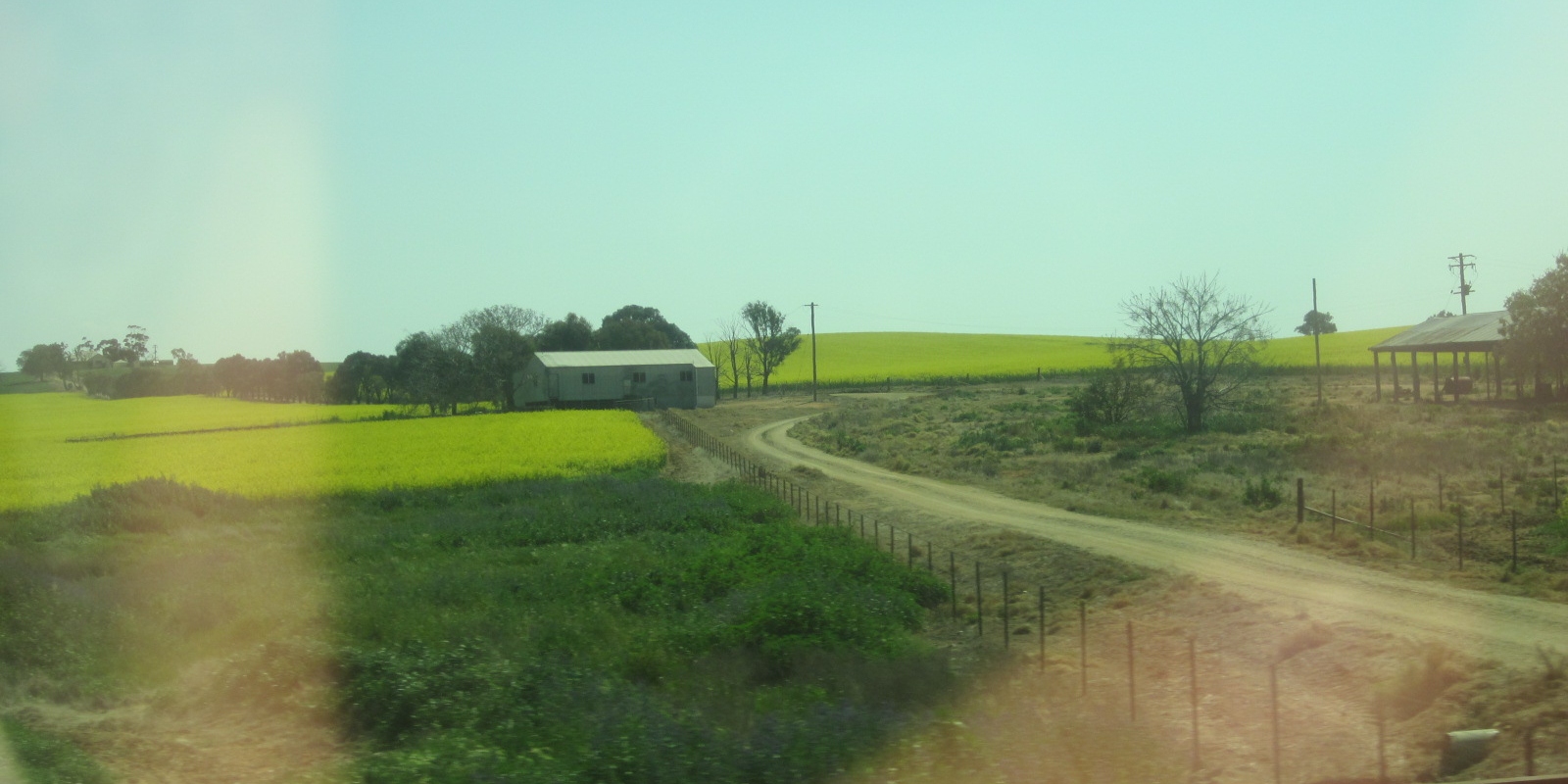 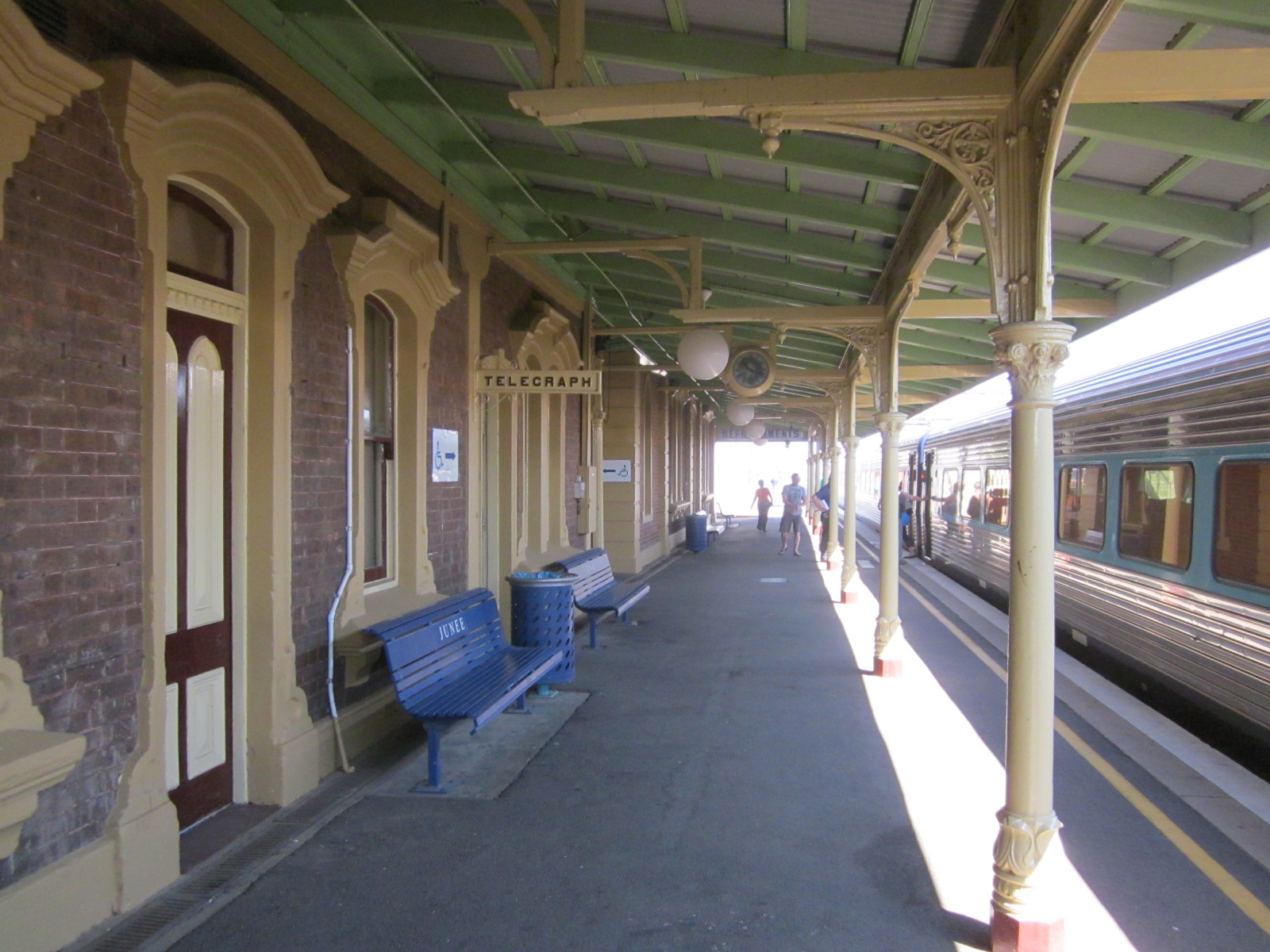 The train was a bit early getting into Junee and so we were allowed out of the train for a few minutes. 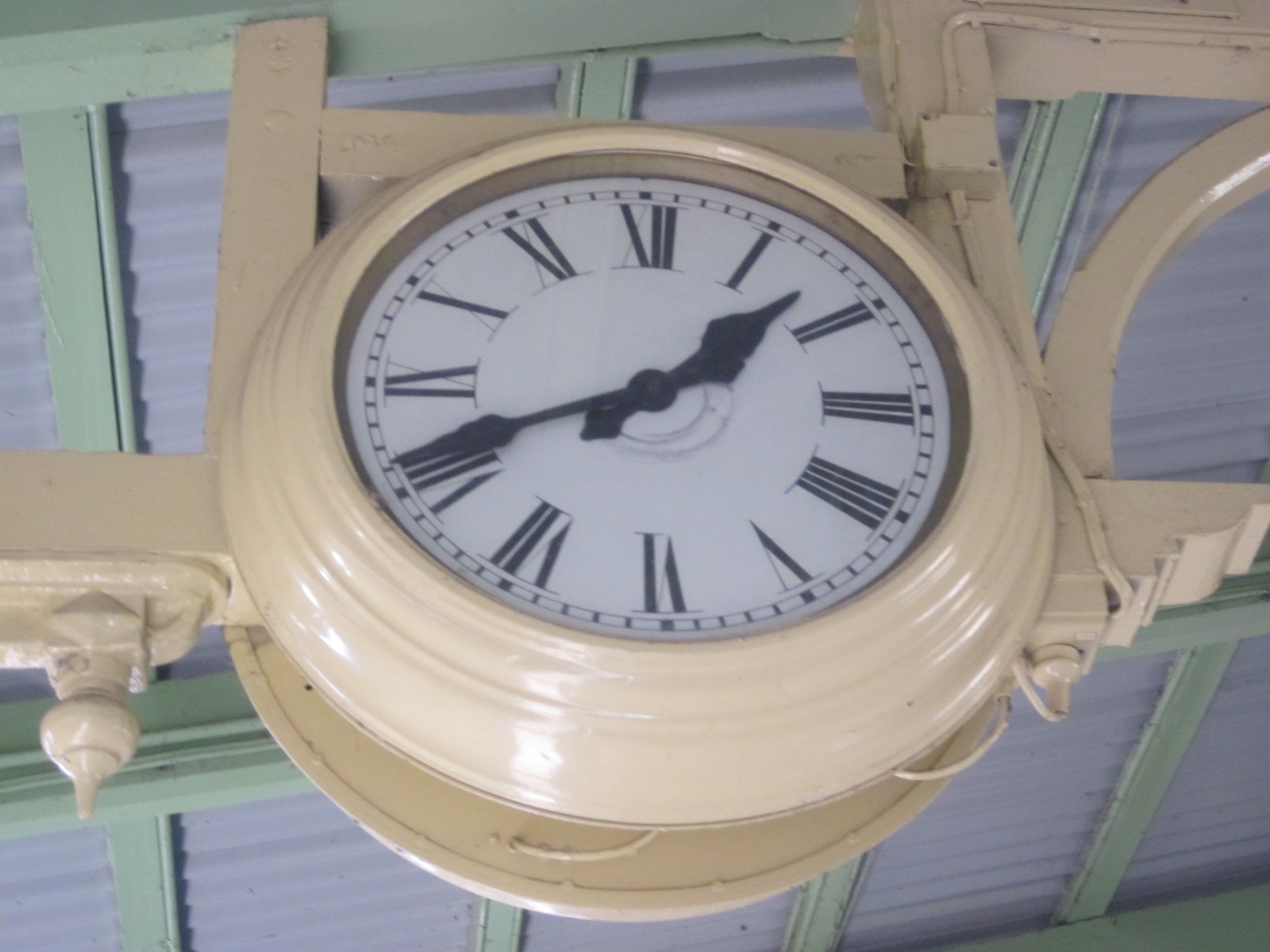 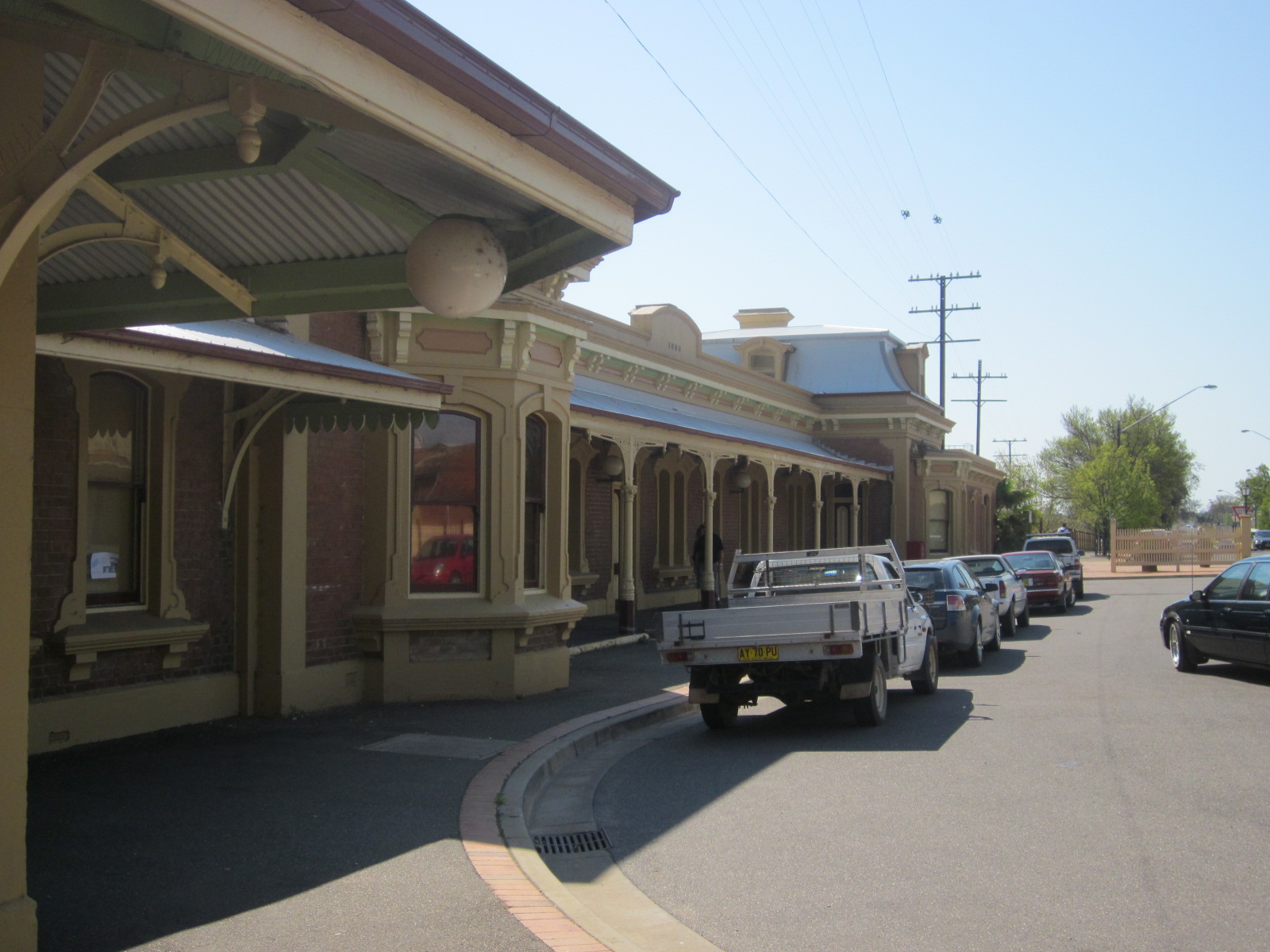 Front of the station. 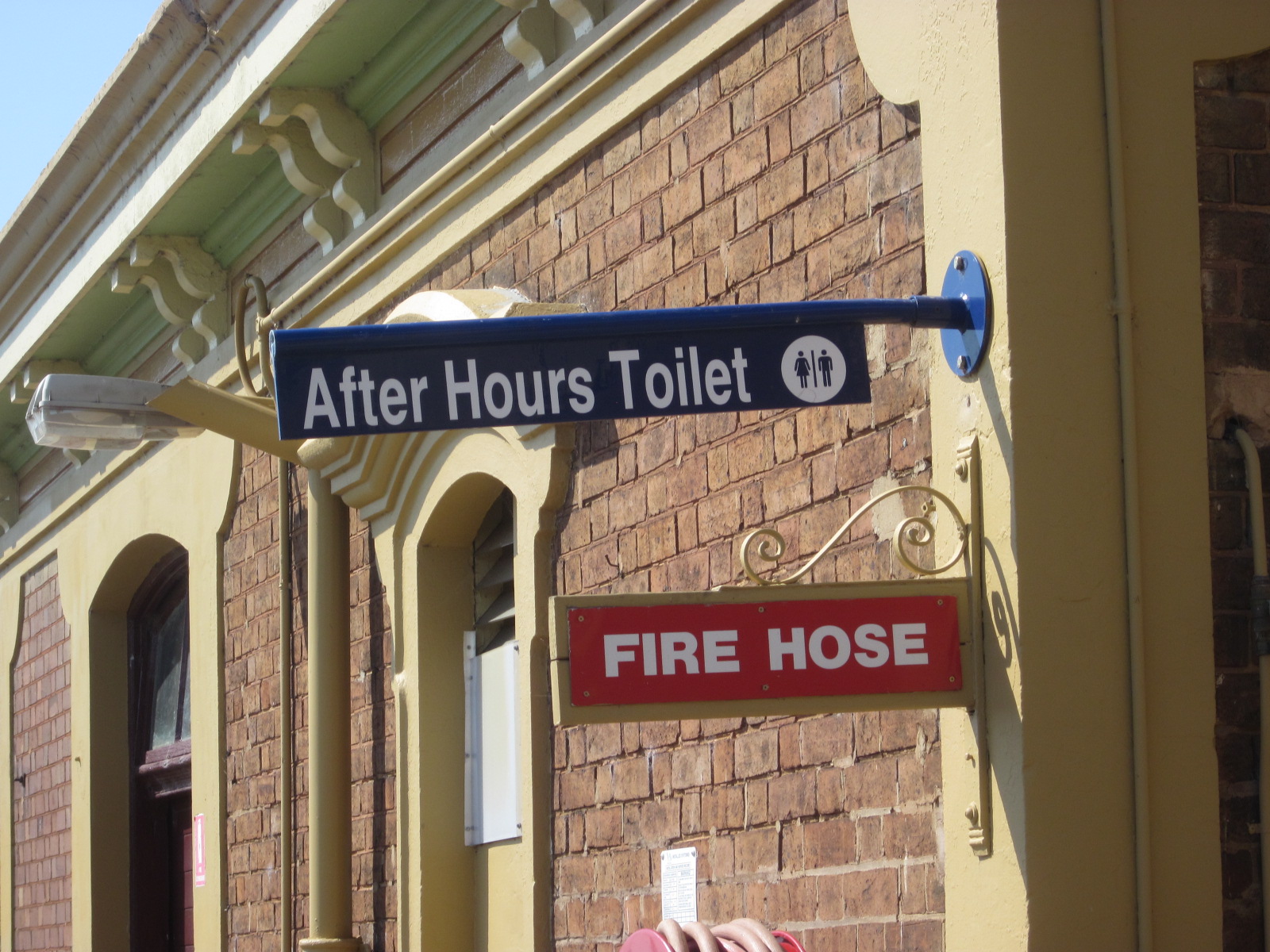 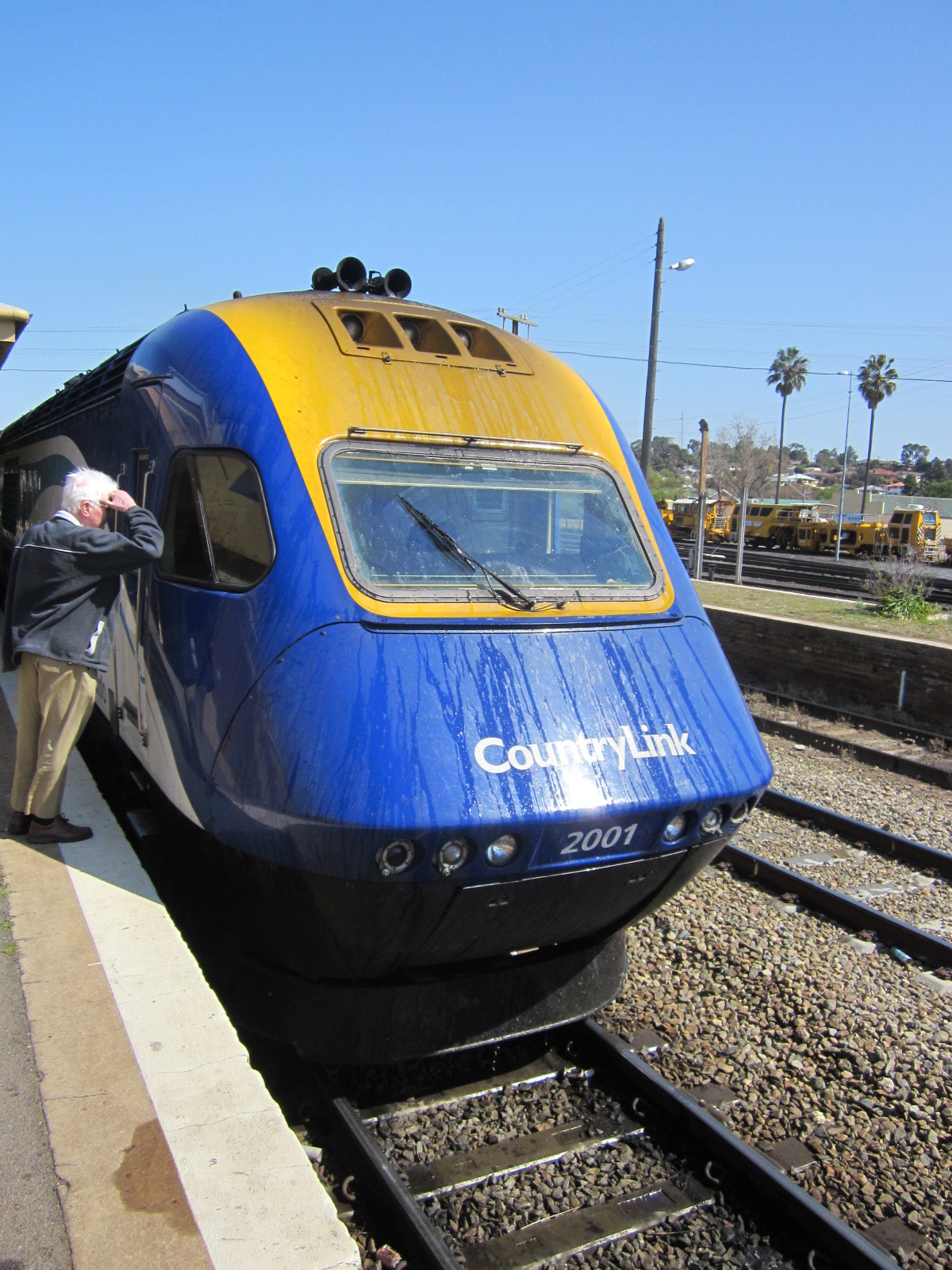 The driver had hosed off the front of the train to help clean the windows. If you ever drive around Australia you will find it is an incredibly buggy place, especially in Summer. Window cleaning is essential. 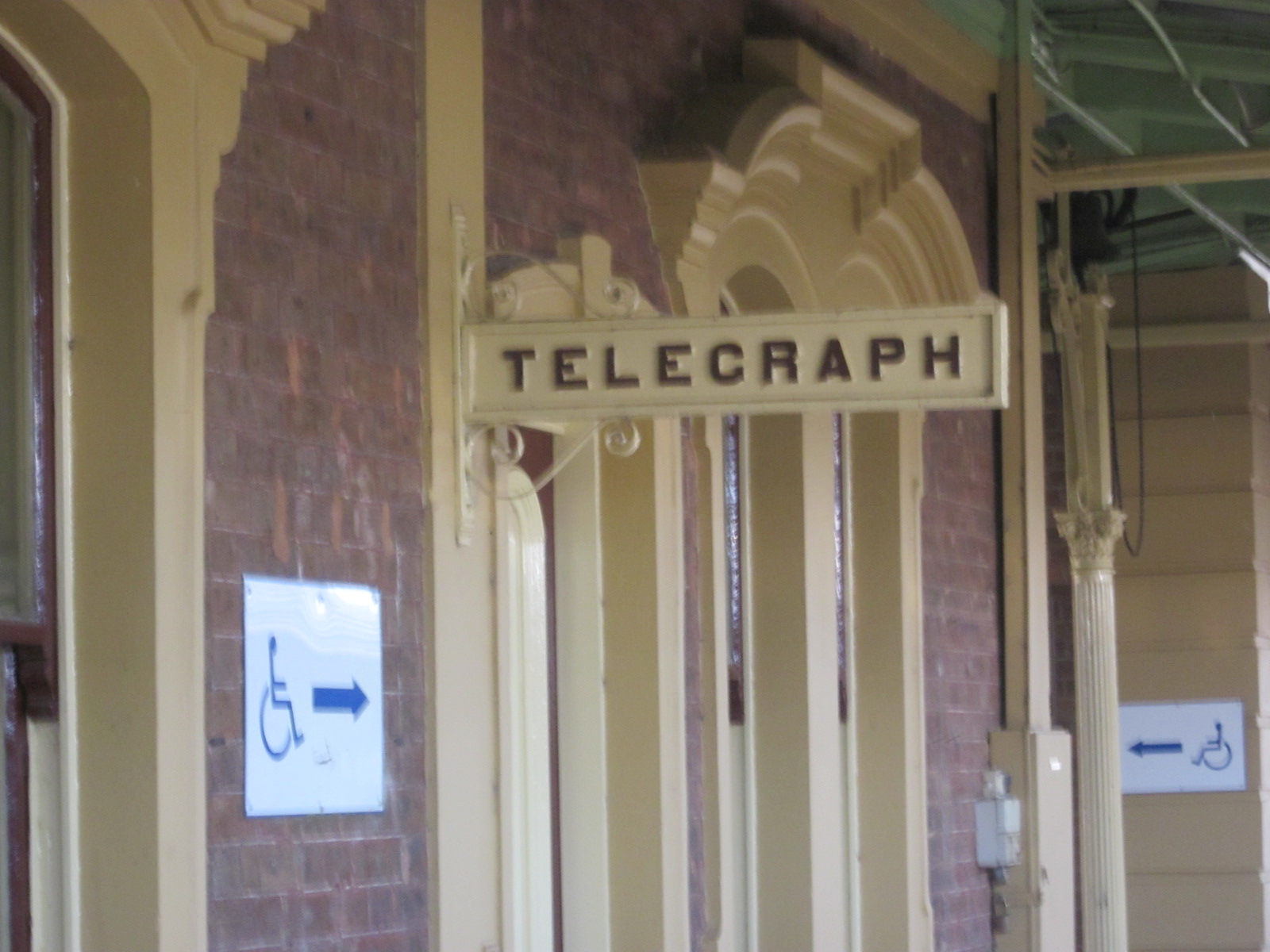 The train continued into somewhat higher country as we approached the Great Dividing Range. 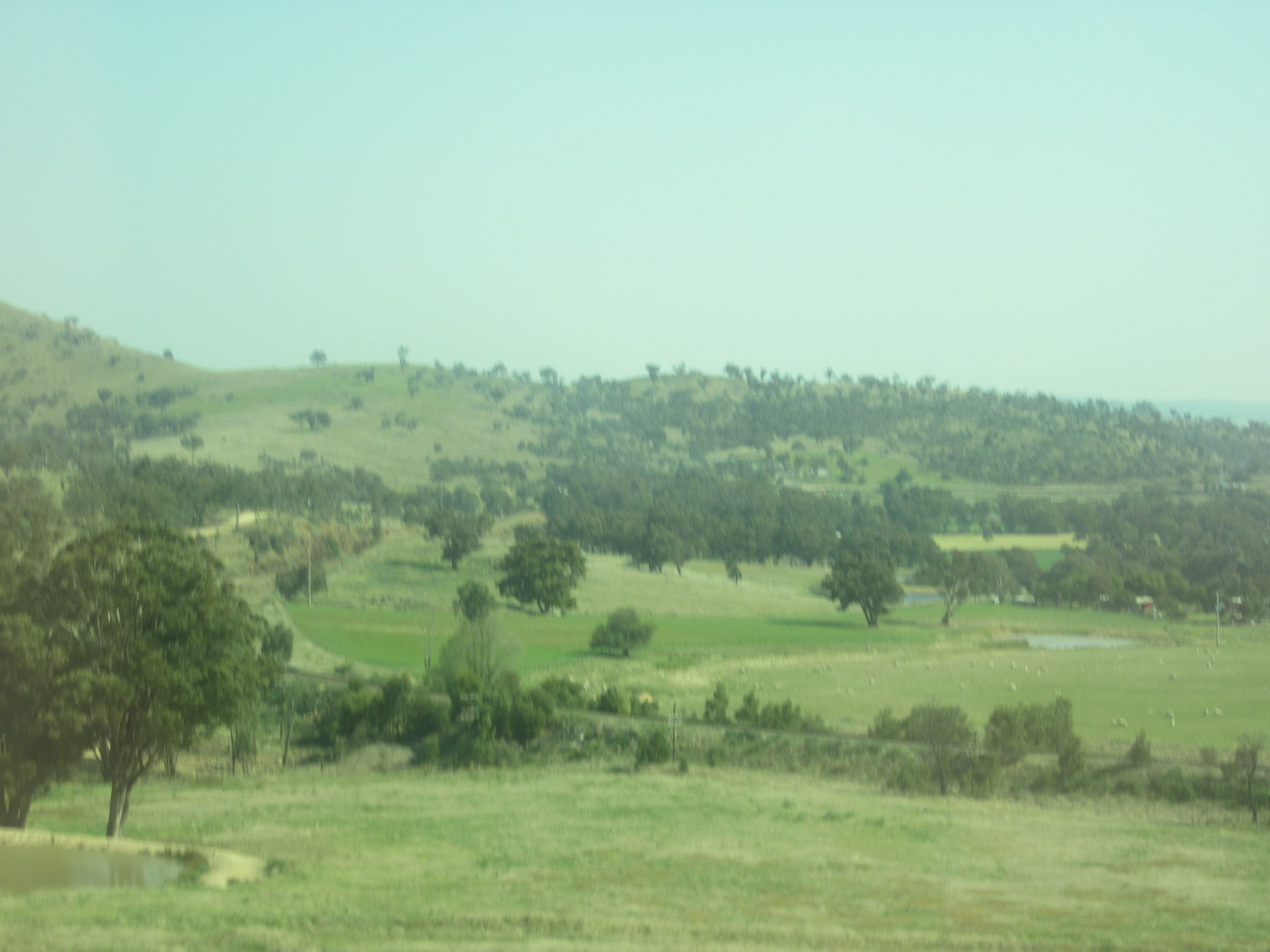 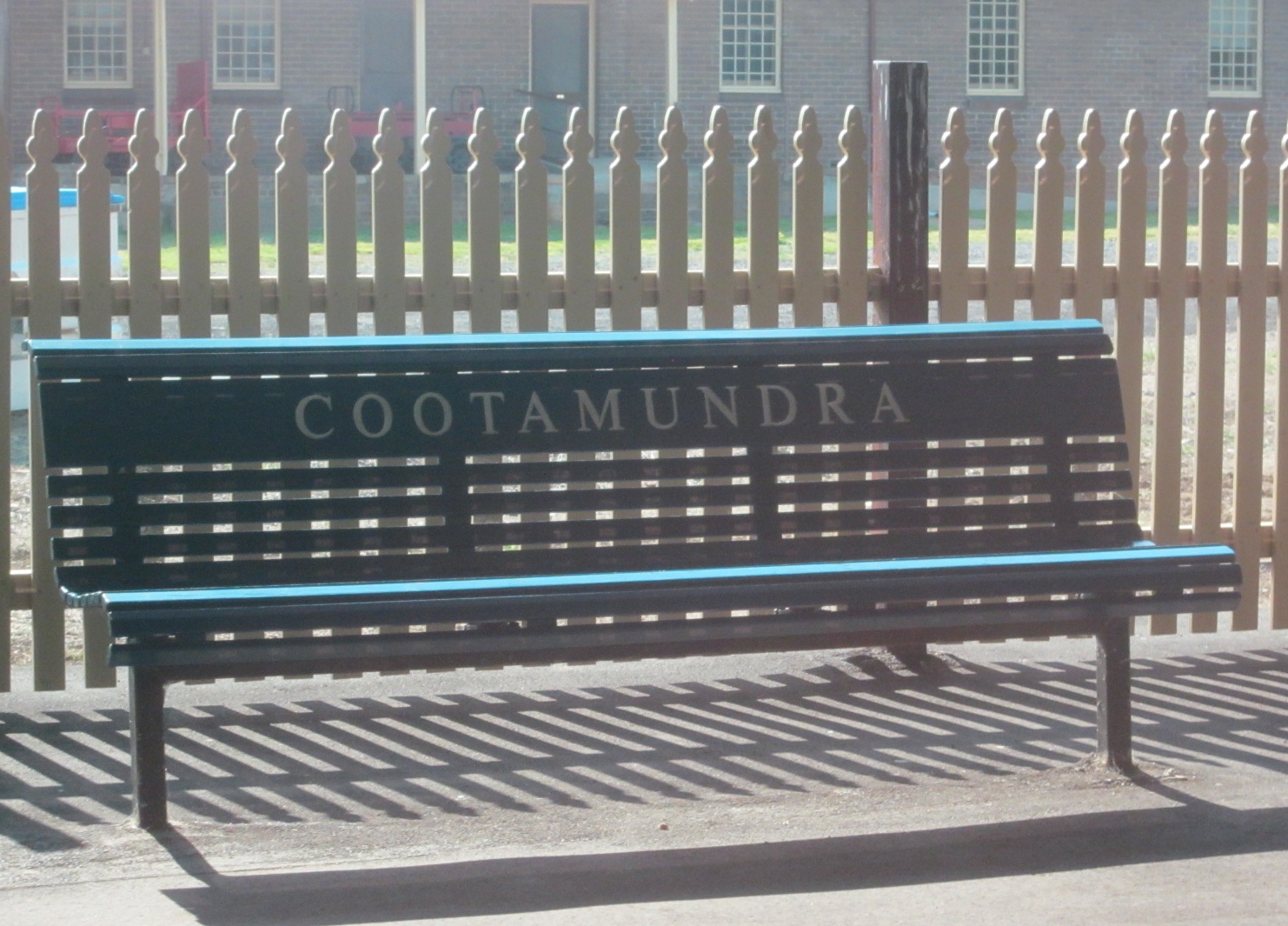 The locals call it 'Coota'. 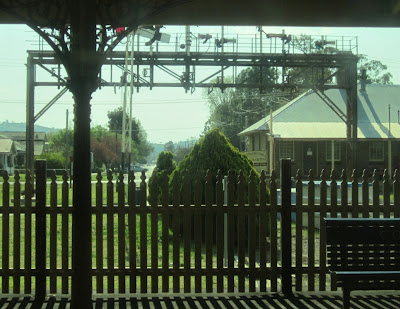 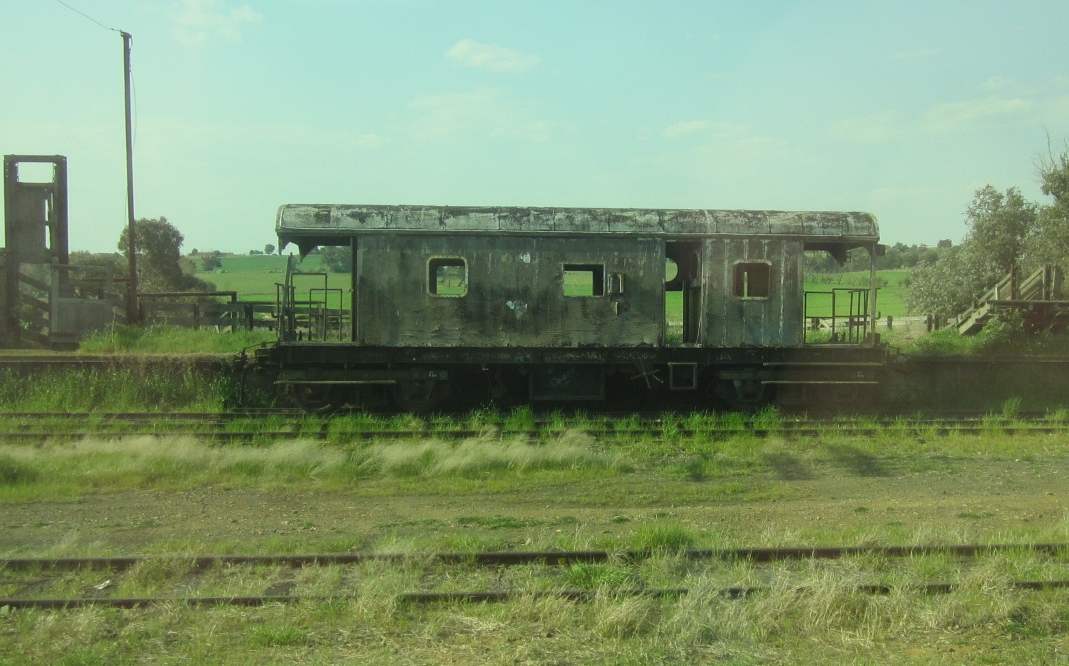 Probably a restoration project that hasn't quite got started.

Windmills on the top of the range. 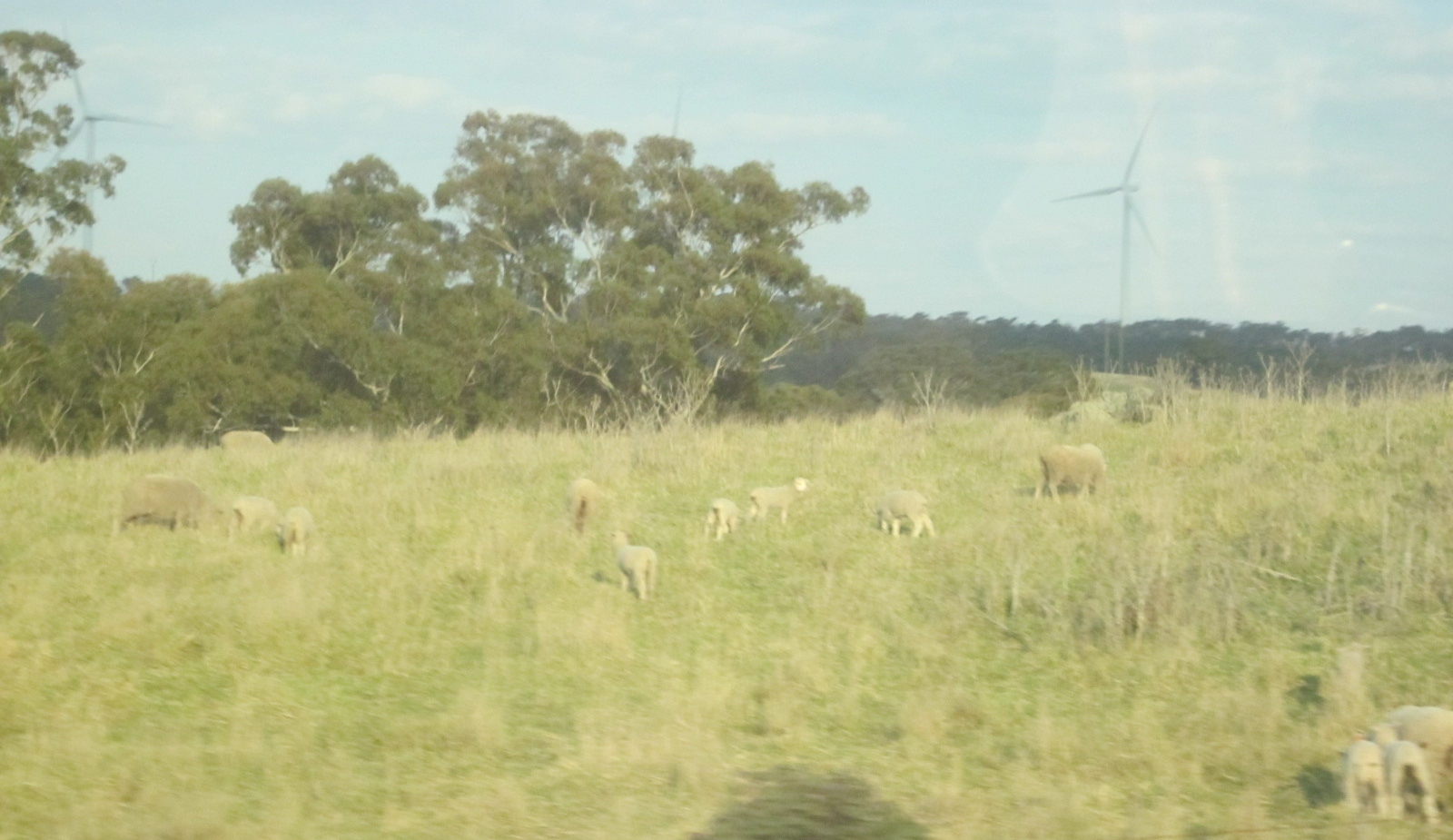 This is sheep country. After a great deal of observation of the sheep along the way, I have come to the conclusion that the sheep tend to face away from the train as it goes past. Makes sense, I suppose. 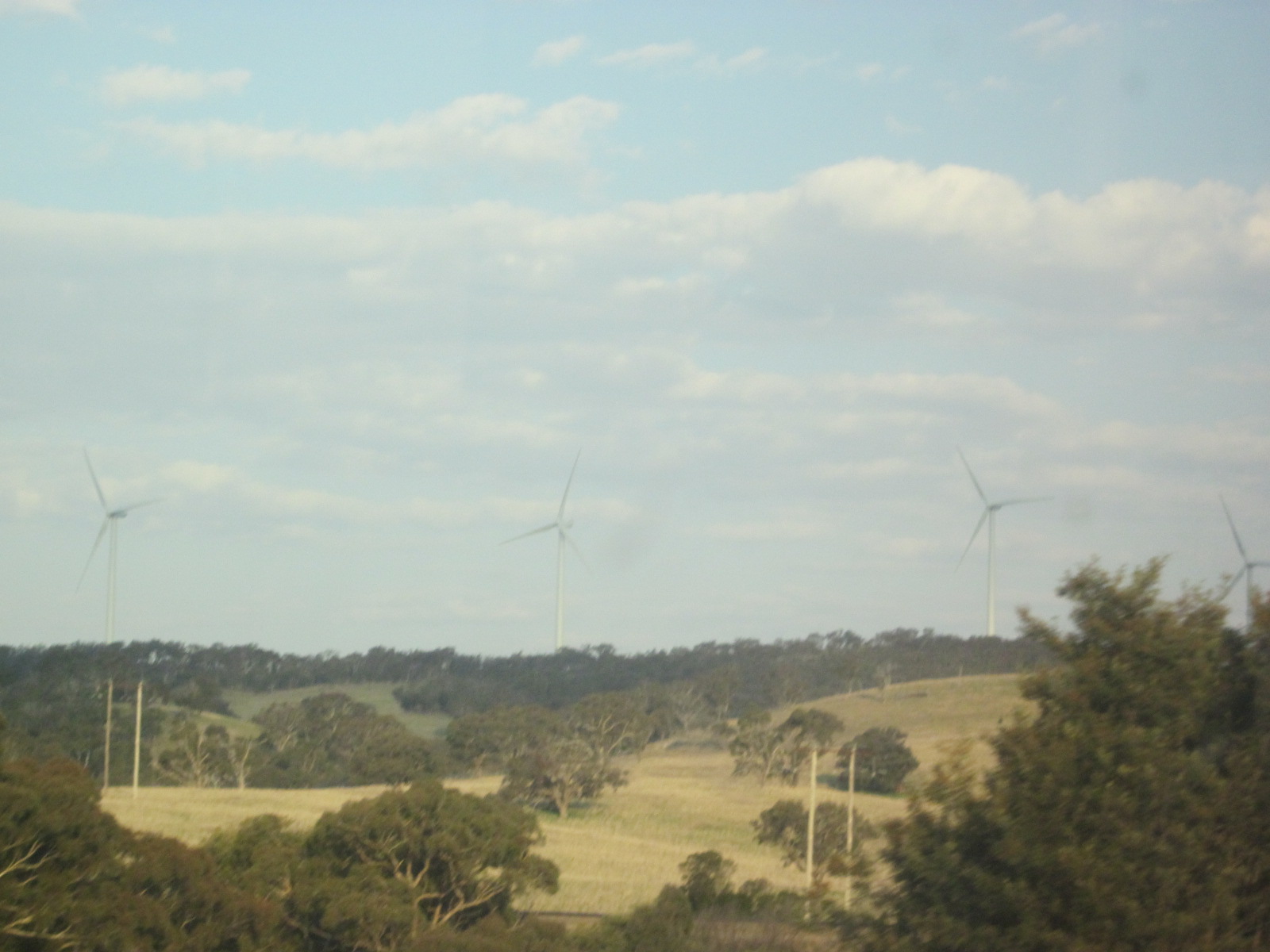 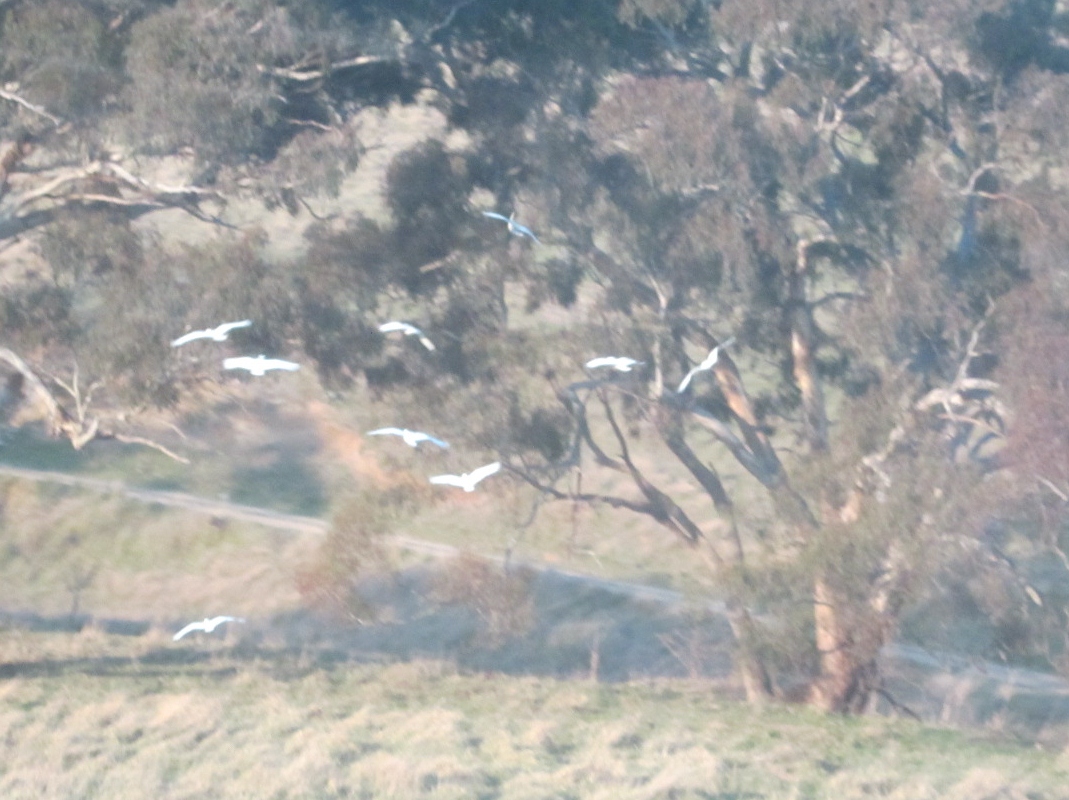 A flock of cockatoos. These flocks were quite common as we passed over the range. I suspect these are the sulphur crested version. When I was a kid there used to be an aviary in the local gardens that contained a few of these birds and most of them could do the 'Hello Cocky' routine quite well. 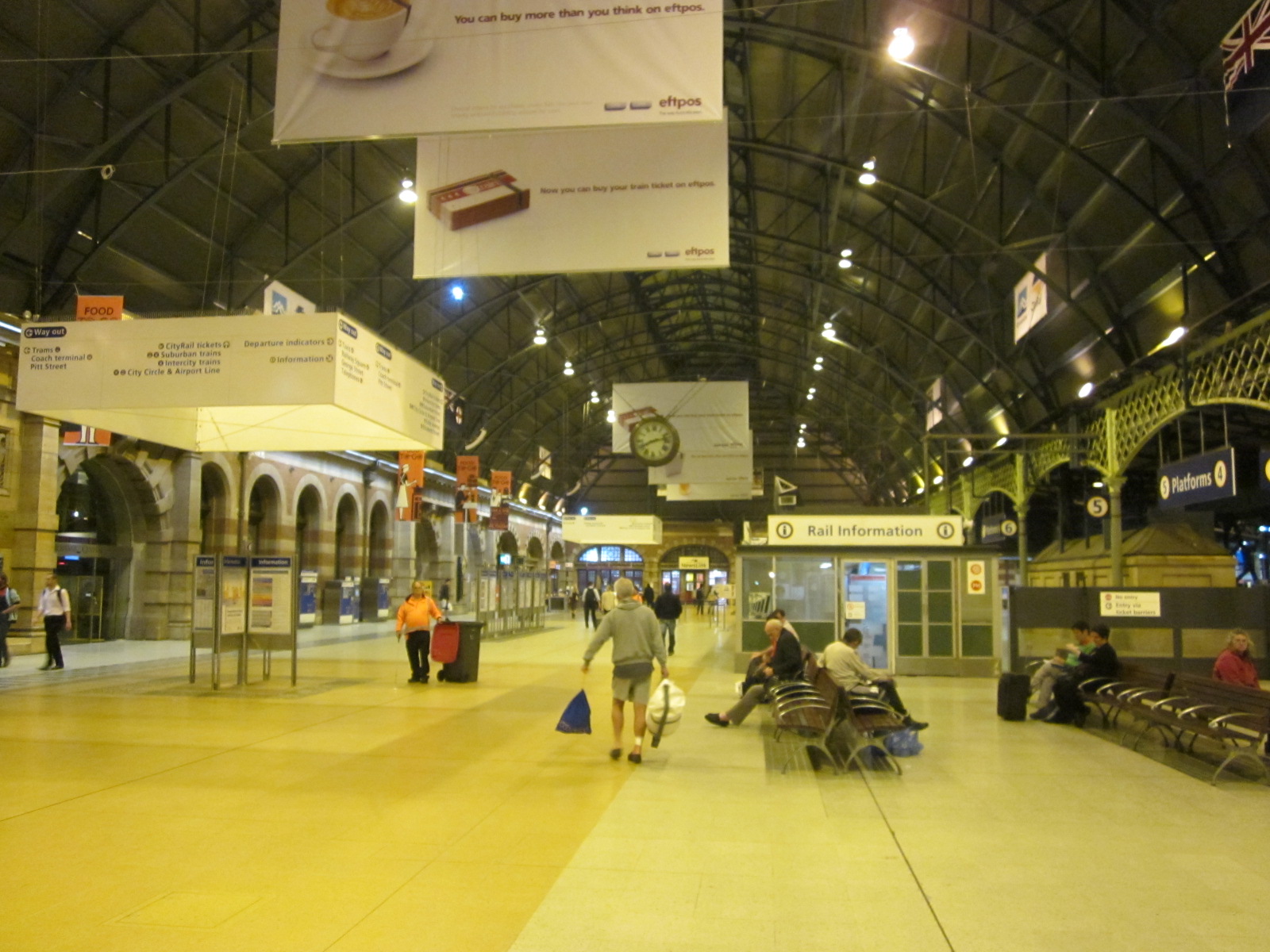 Darkness fell shortly after we crossed the range which made photo taking impossible. To be honest, train travel at night is not too exciting. The train arrived at Central Station in Sydney about 15 minutes late. Here is the main concourse.

It's a pretty good journey with good scenery by Australian standards. The train was clean, comfortable and well patronized. Staff were friendly and helpful.
Posted by Ray Perry at 6:05 PM