Another walk around the local canals

One of the things we really like to do when we do house exchanges is to walk around the local neighbourhood. Most of the walks are only a couple of miles but they are always interesting. 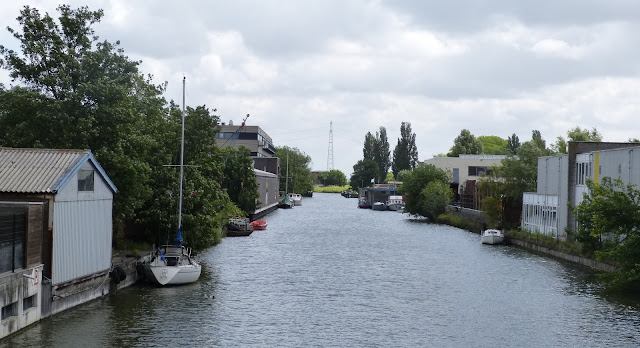 I suspect this whole area was once a dockland and there are canals everywhere. It usually is windy near the water and it can get cold quickly when the sun goes behind a cloud. 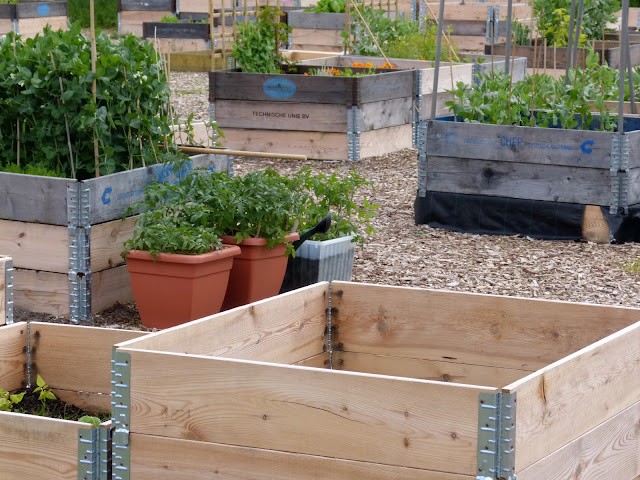 Plots made out of boxes for the local gardeners. 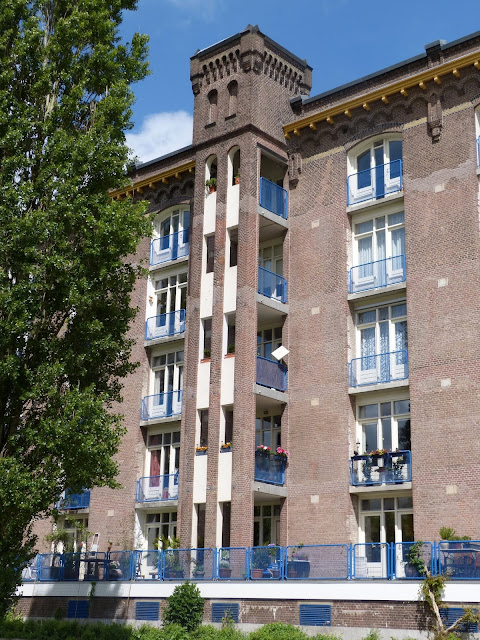 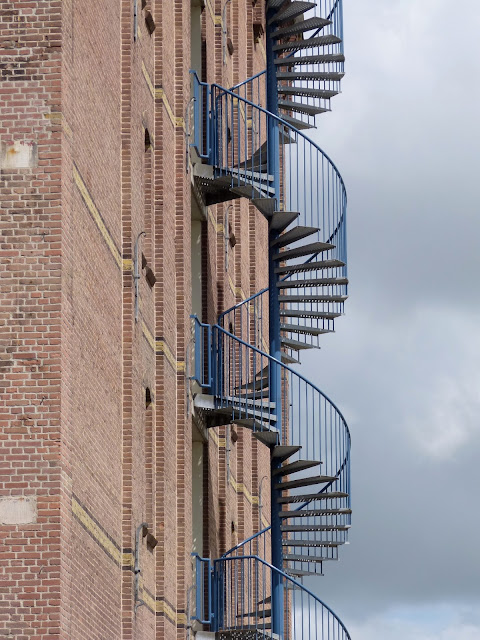 What appears to be a former warehouse converted into apartments. 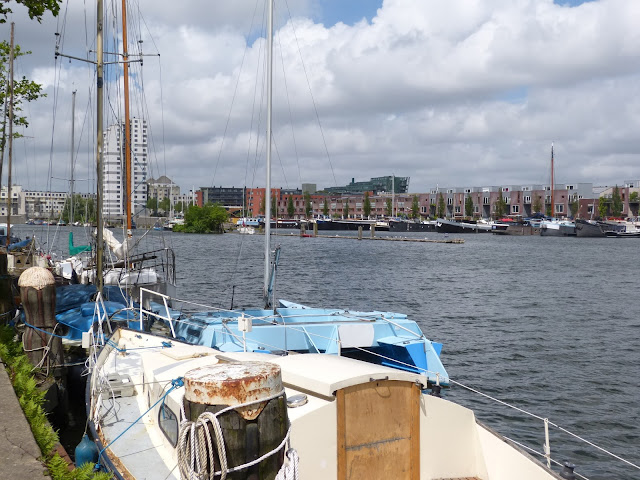 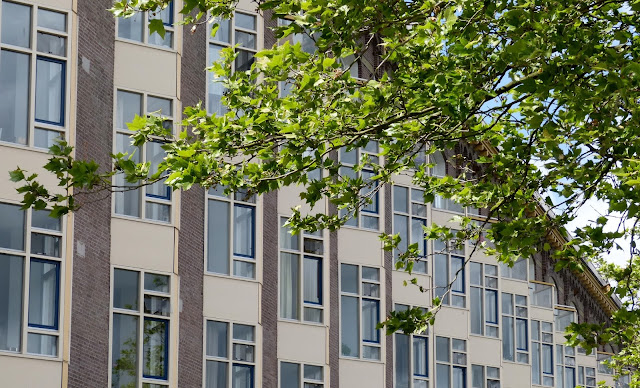 The views from these windows would have been pretty good. 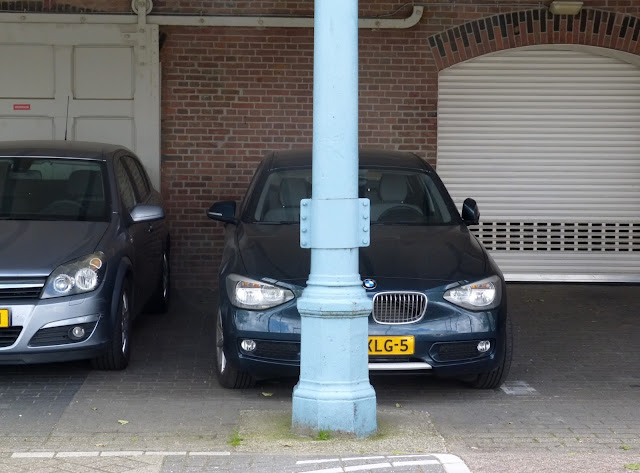 The parking spots are unusual for residents of the building. Some of the spots have poles in front of them and the car has to back in somehow through a gap between the next car and the pole. Not something to attempt when you are boozed. 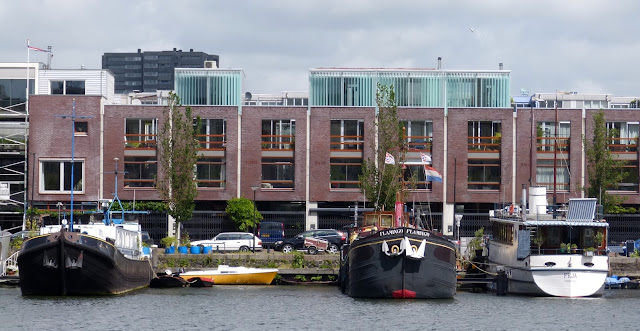 Large barges converted to houses across the large waterway. These were unusual in that they were moored perpendicular to the shore. 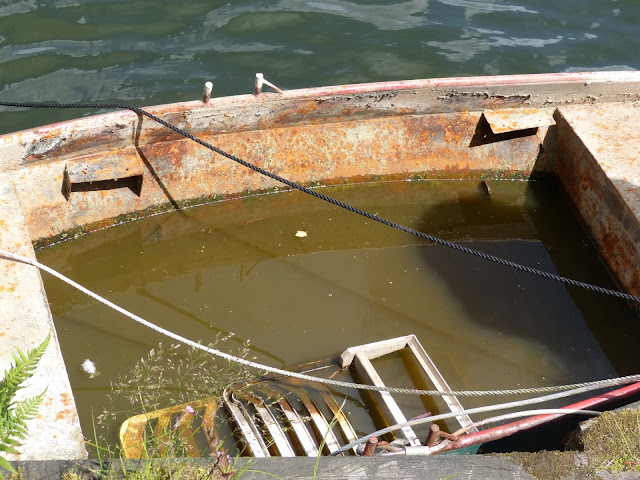 Most of the boats lining our side of the waterway were in neglected condition, some worse than others. 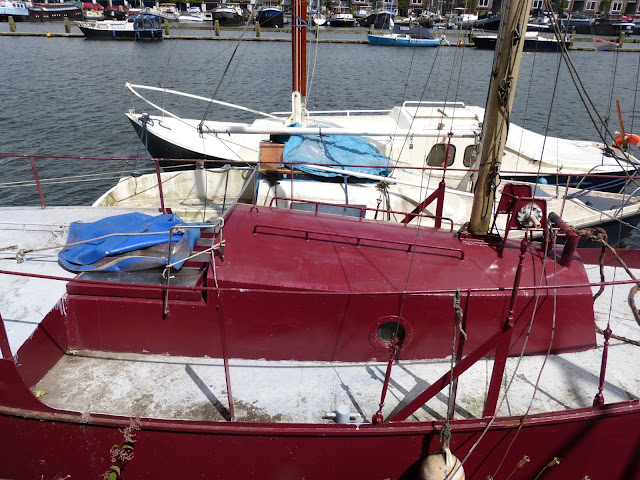 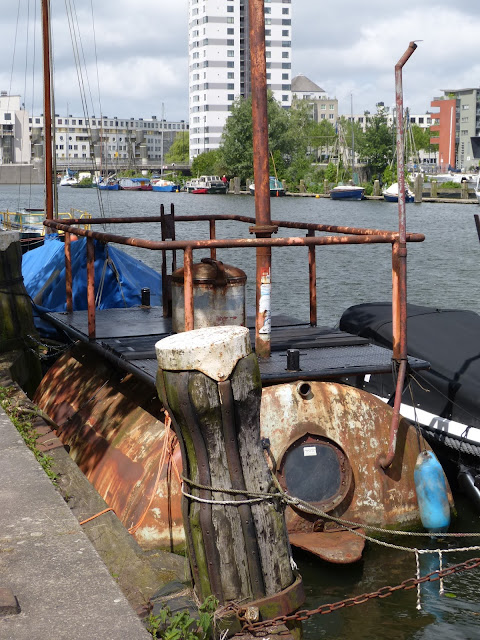 This appeared to be some sort of submarine. 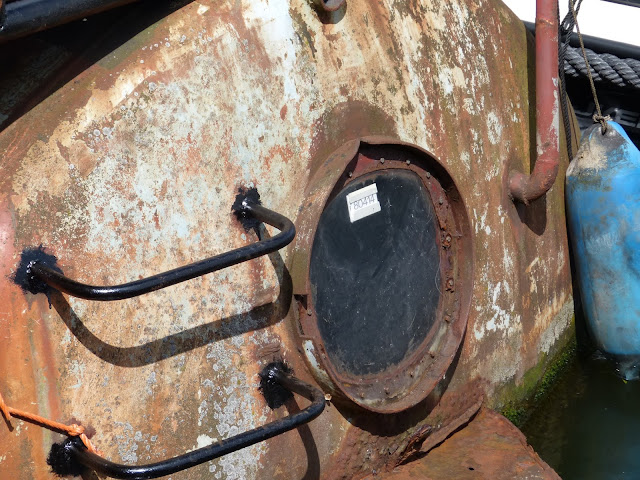 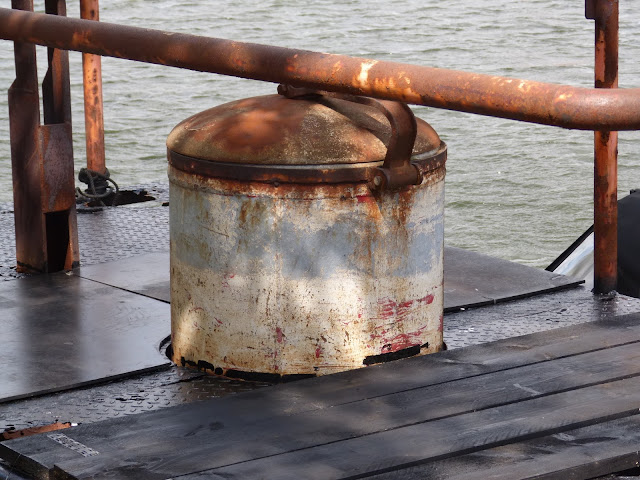 Hatch to get in. 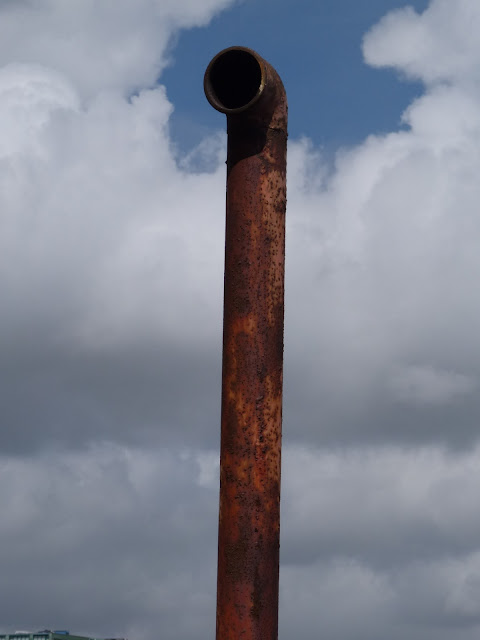 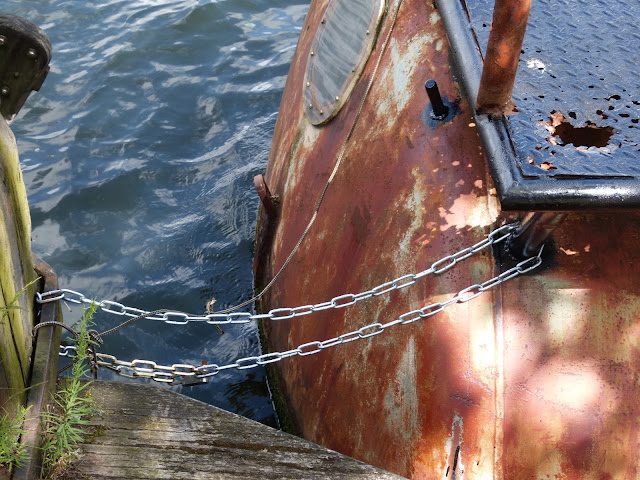 Why it needed to be chained up is beyond me. Perhaps for the scrap metal value. 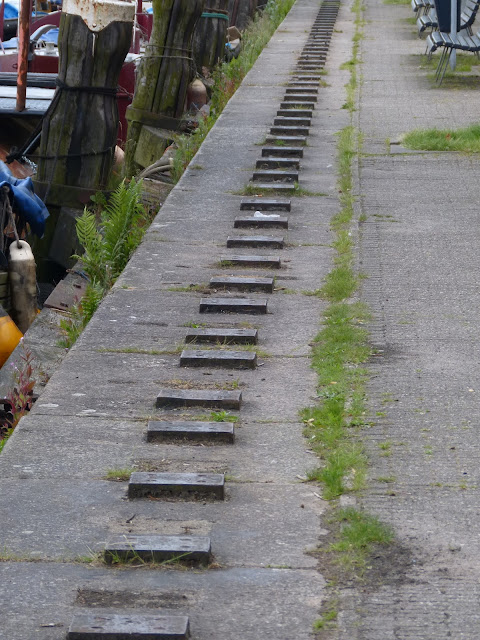 The ledge beside the water was studded with little blocks. Perhaps they were for some sort of fence. 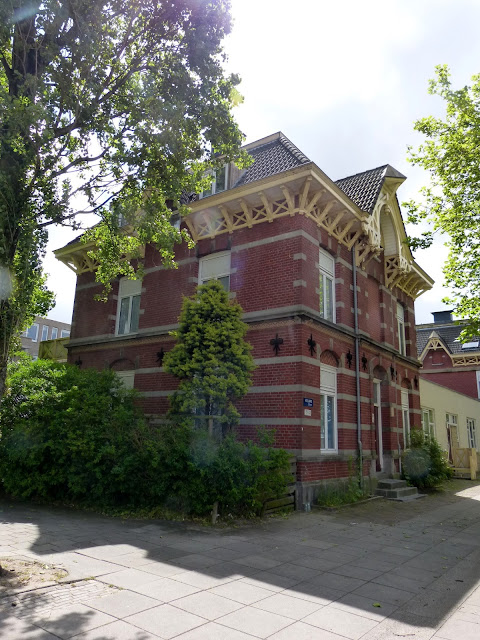 Most of the buildings in the area had been constructed since WWII but there were still some older examples. Here there were three lined up that were duplicates. 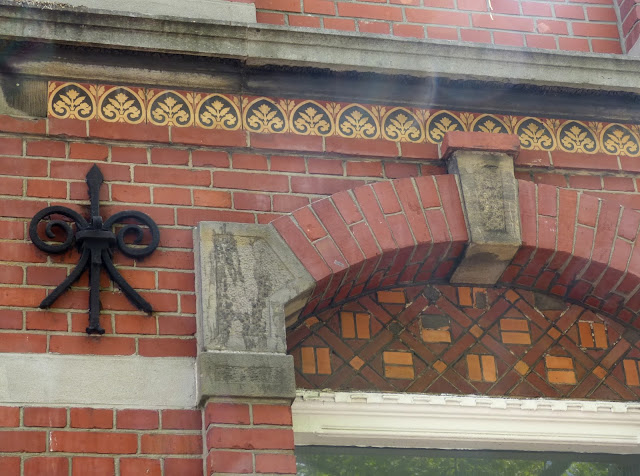 Older buildings generally have more interesting details. It appears to be a lost art. 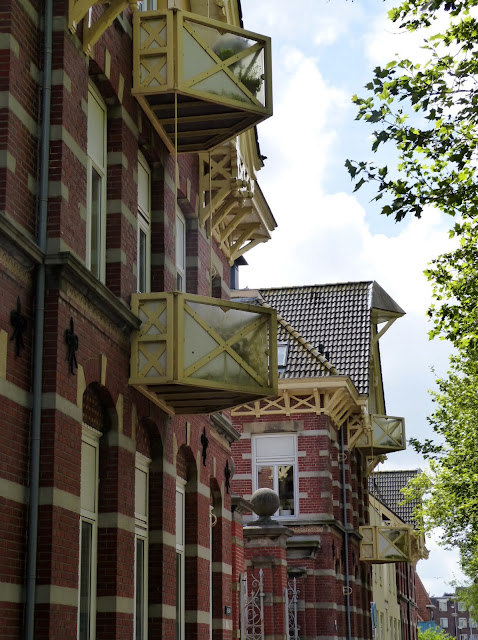 Two of the three had balconies but the balconies for the third building were missing. 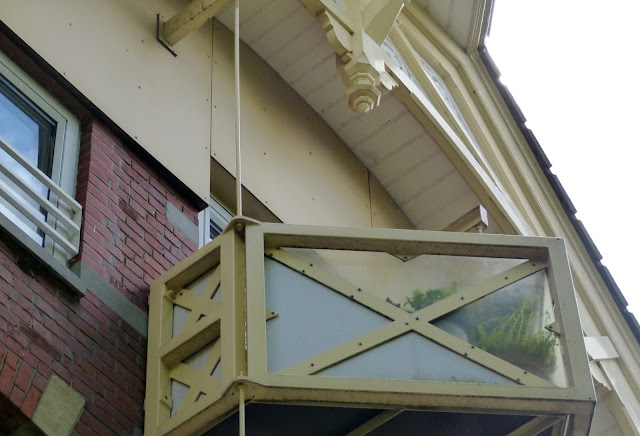 The balconies were suspended using wire as well as being attached to the walls. 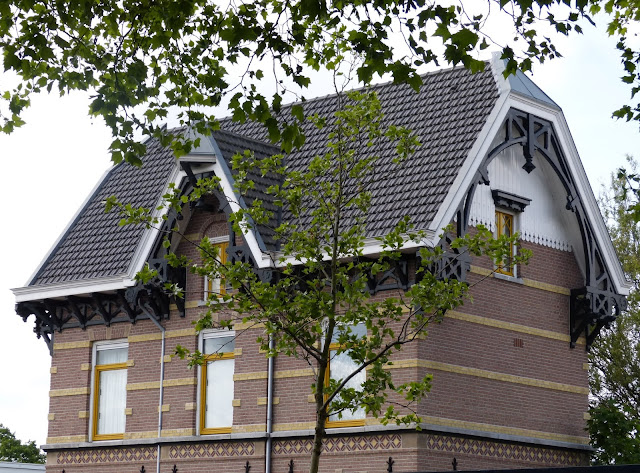 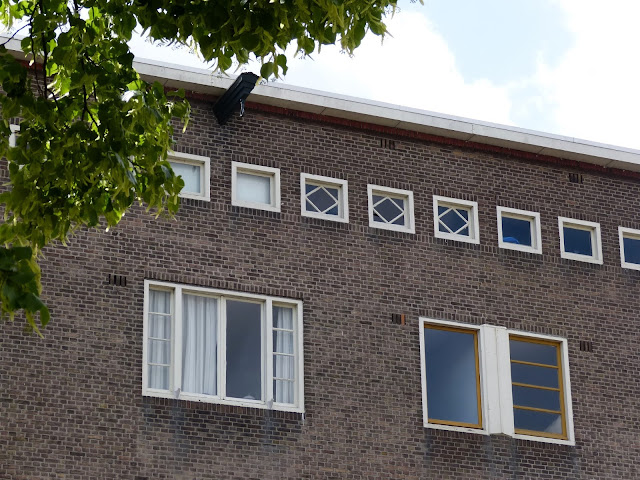 Most of suburban Amsterdam has post war buildings that in general are not that interesting. However every now and then you see something out of the ordinary.