I suspect many of you will have no idea why I decided that I wanted to visit the Cafe Backus on the outskirts of the Dutch town of Venlo. 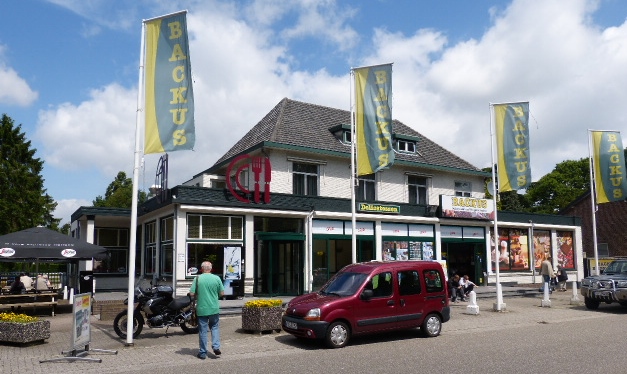 Those familiar with WWII history will remember the curious Venlo Incident that took place right here in the early part of the war, December 9, 1939. It really helps to go to the Wiki link. 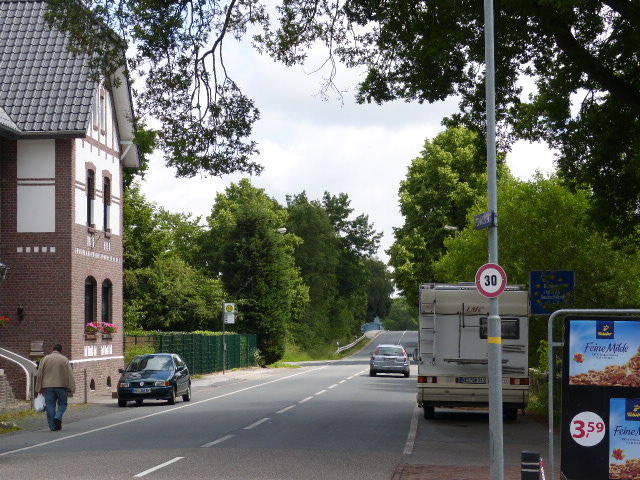 The border with Germany is about where the car is beyond the house and campervan. 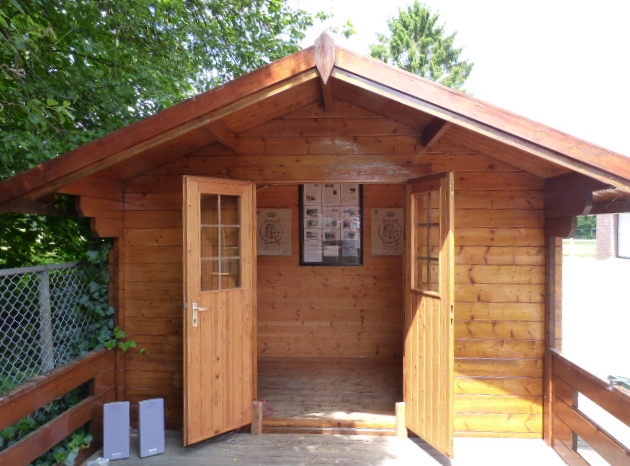 This little shed houses a few photos and descriptions of what happened. Unfortunately the descriptions are in Dutch with no translations. I took the following photos at high resolution so you can click on them to make them larger. 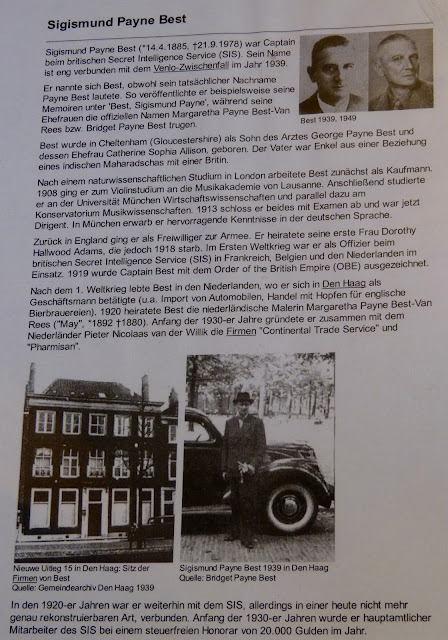 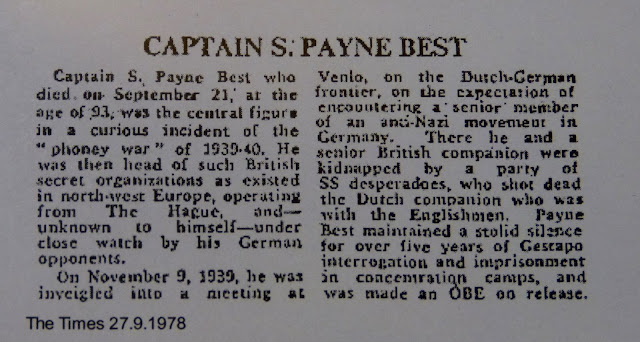 I read his book a few years ago. After he was captured, he expected to be killed but for some reason or other, Hitler protected him throughout the war. For most of the war he was imprisoned at Sachsenhausen concentration camp north of Berlin and because of his importance he did not suffer as much as the regular inmates. He got to know some of the guards quite well, even those whose job it was to kill prisoners with a shot to the back of the neck through a hidden hole in the wall. 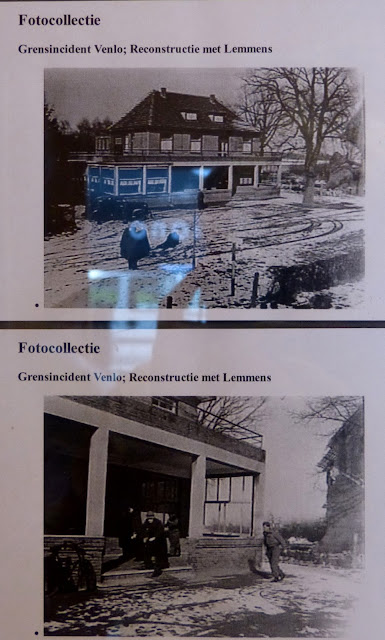 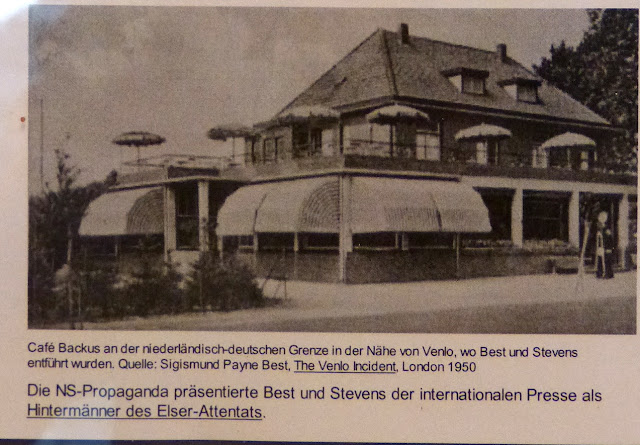 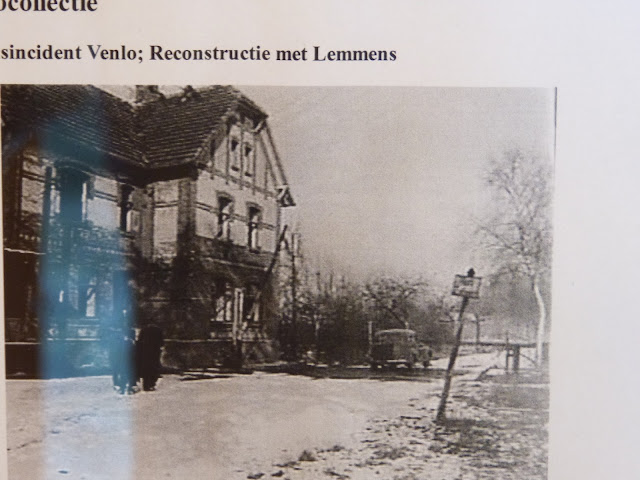 This house is still there as you can see in the second photo. 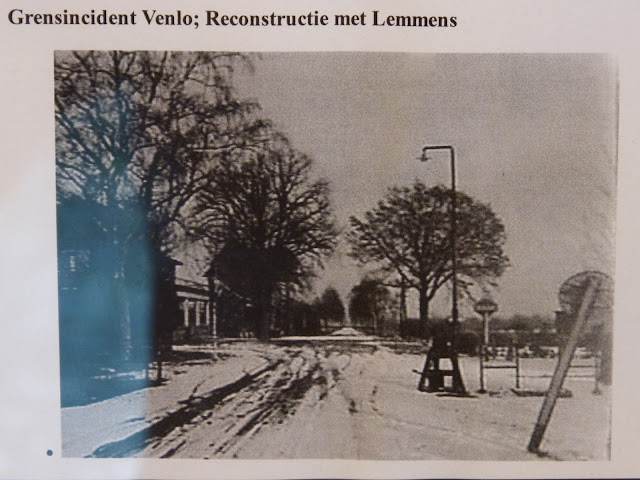 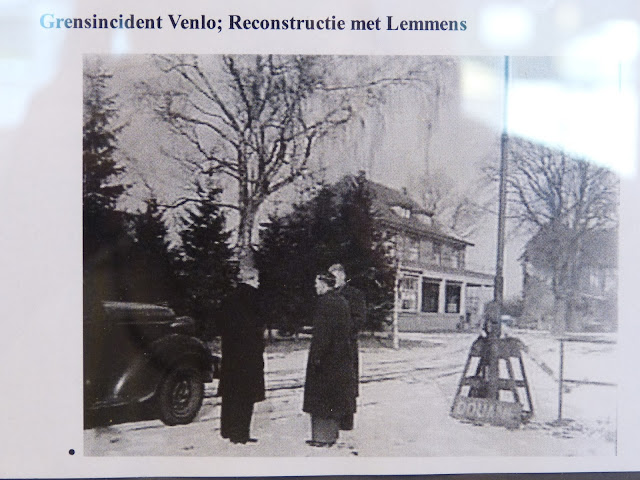 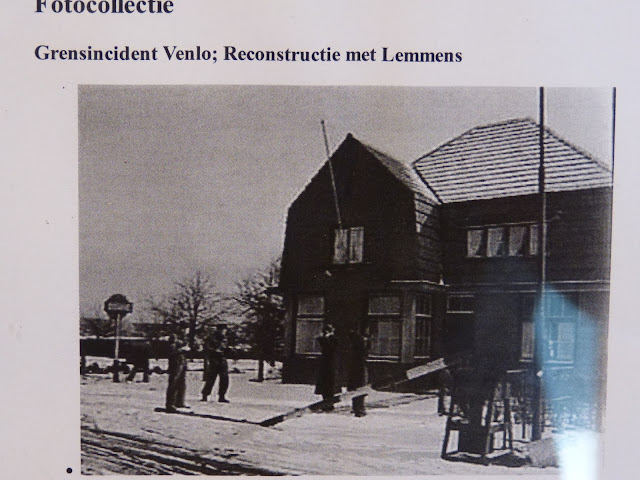 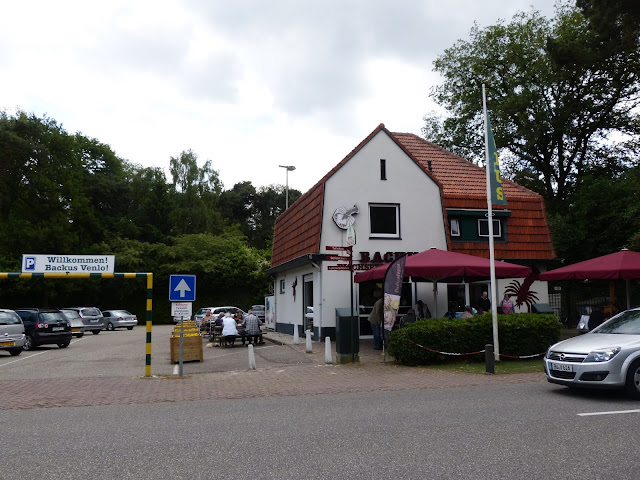 The cafe is now a supermarket (Backus Delicatessen) and the owners appear to have built a fish and chip shop across the road. The parking lot was well patronized. The supermarket has a huge range of coffee so I suspect Germans come here to buy coffee for some reason or other. There was a long line at the checkout. 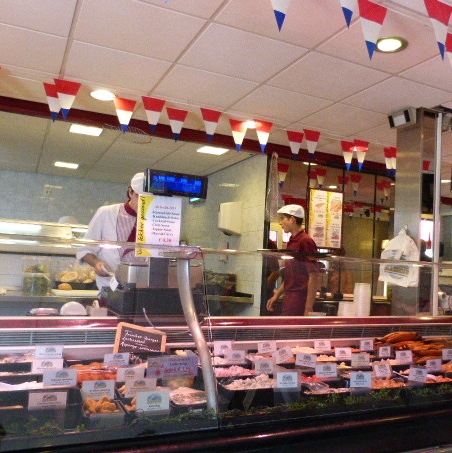 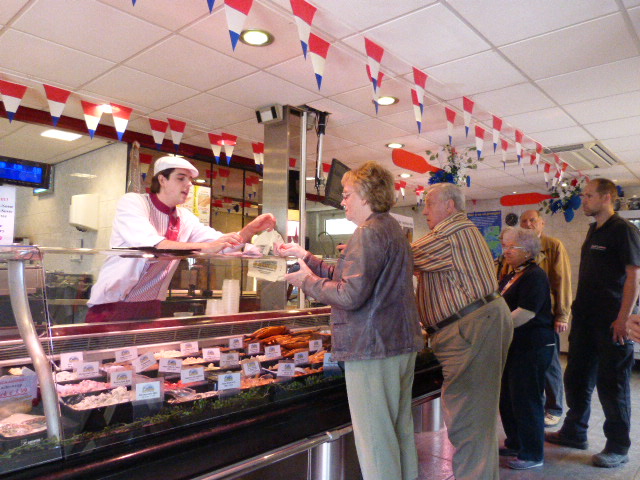 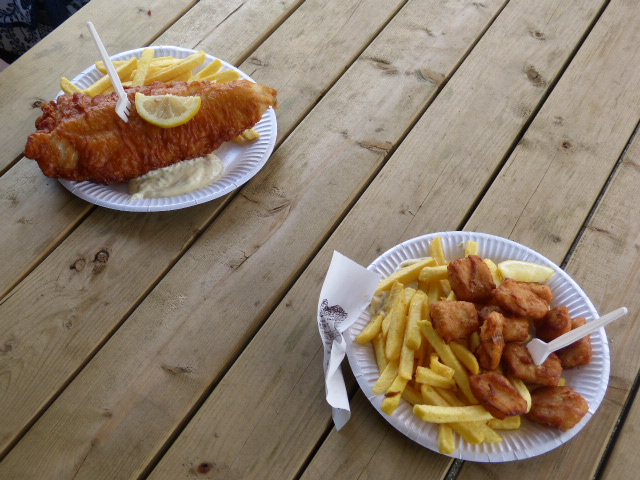 The fish was very good but we both agreed we had eaten better chips. 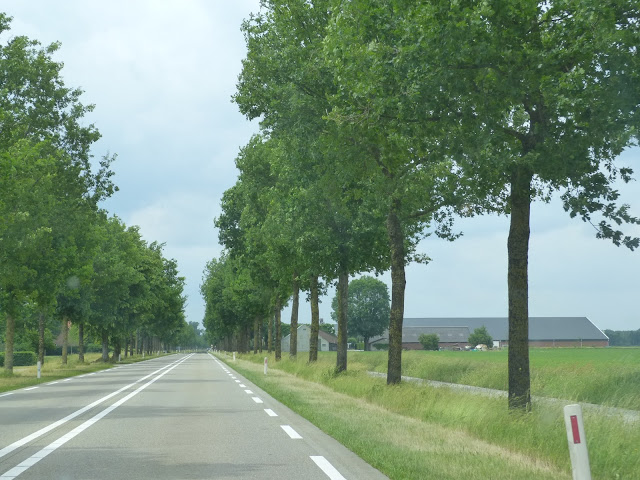 This part of the Netherlands has a different feel to it than the areas closer to the sea that we have been through. We think it is because the trees are larger and more dense. 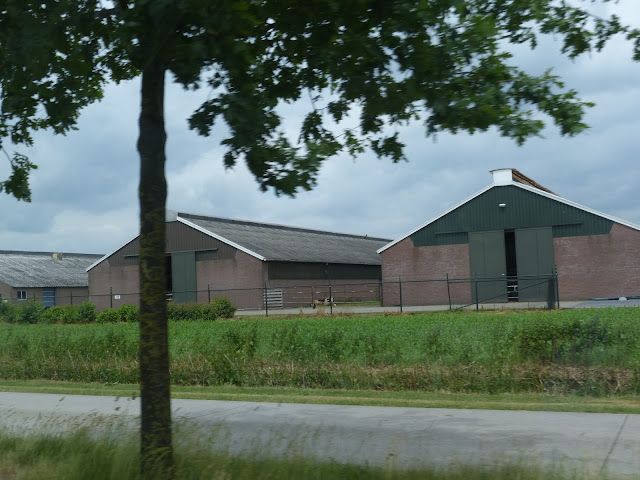 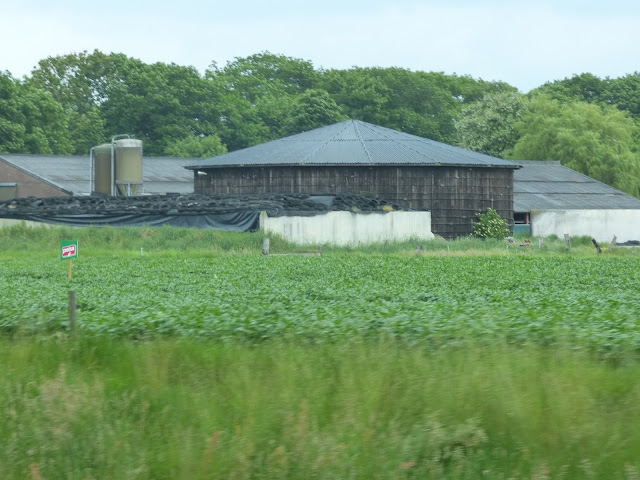 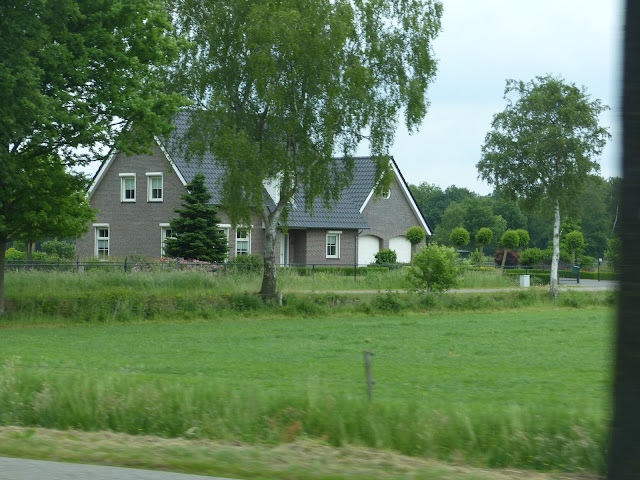 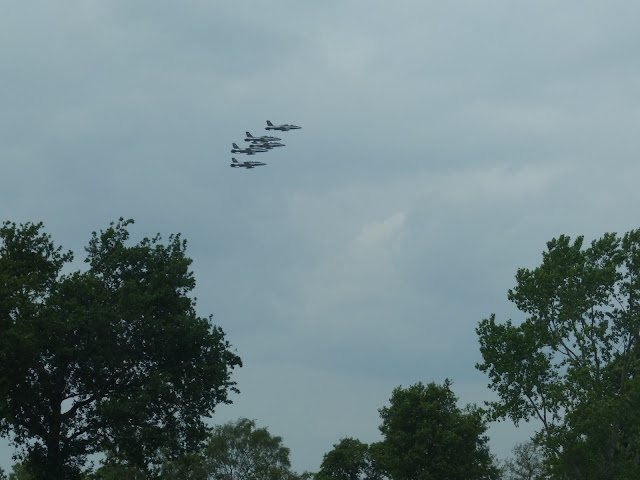 We were driving along a straight road that went for miles and miles except for the occasional roundabout. Suddenly we had to use a detour because an air show was going on. There were cars and people stopped all over for miles around all looking at this team of fighter jets screaming over in formation.

On the way to Venlo we passed through Arnhem and Nijmegen where Operation Market Garden took place in WWII. You might remember the film 'A Bridge Too Far' which depicted what happened. These are both large cities now and so there was no chance to stop. The freeways take you past them.