A few days before we arrived we received the following message from our exchange family.

By the way, from 3-6 June schools in our surrounding are holding what we call the eveningfourdays. All pupils will walk a distance of 5 or 10 km in the evening in the surroundings. The start is around our house. The whole building will be surrounded by hundreds of kids. Very nice to see. It lasts from 5.00 pm till about 8 pm. 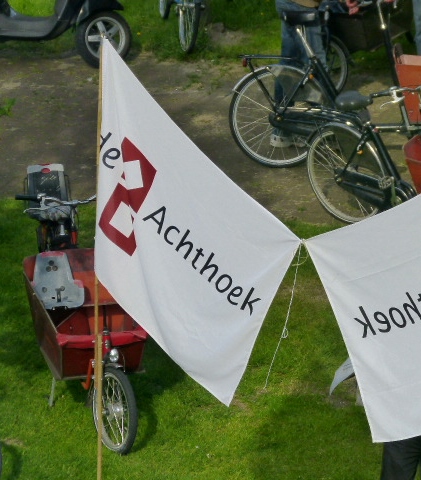 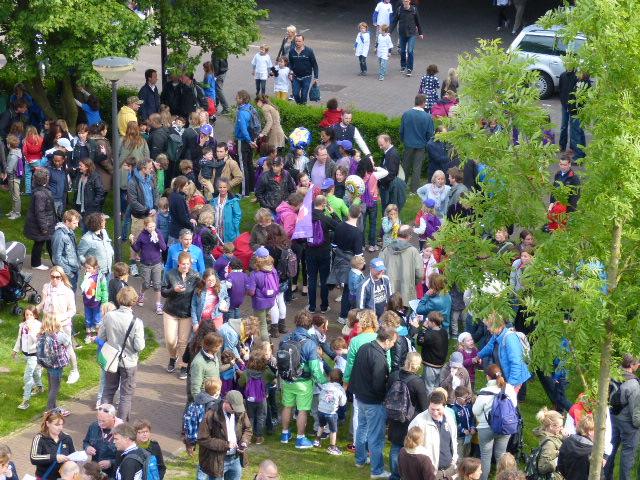 The crowd of parents and kids started to develop about 5 pm. 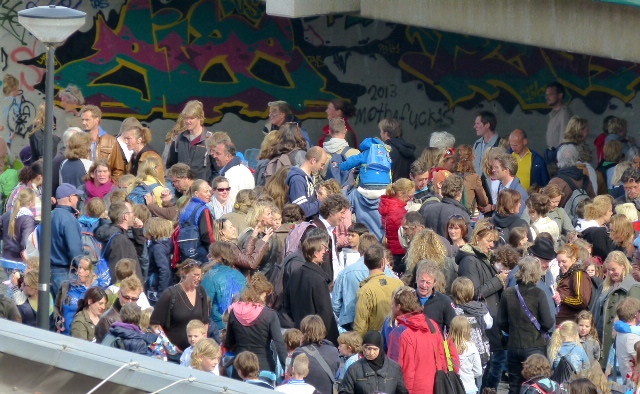 Here you can hear the noise of hundreds of people speaking Dutch. 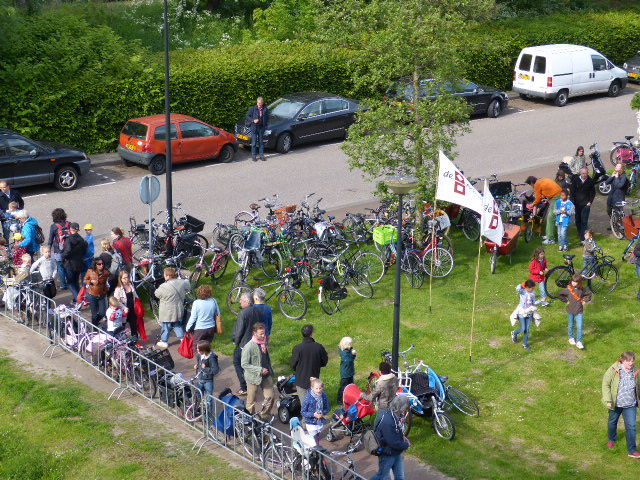 Eventually they started to toddle off. 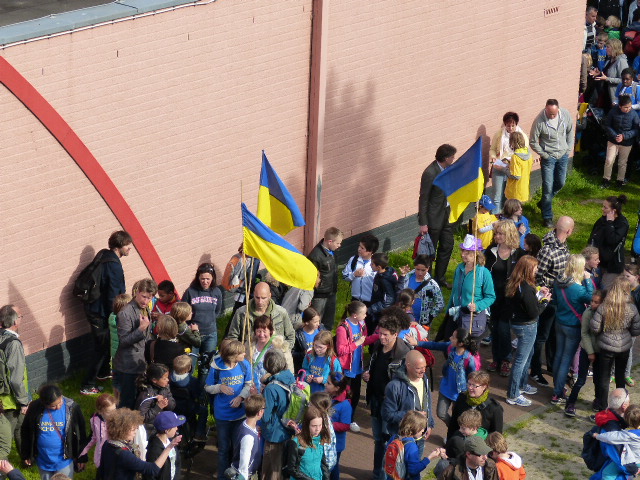 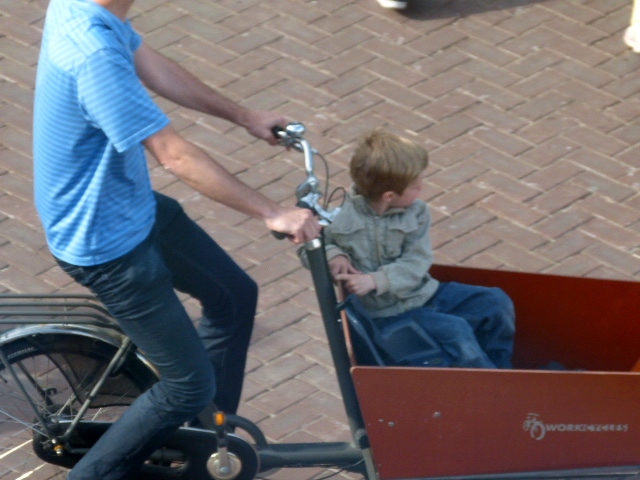 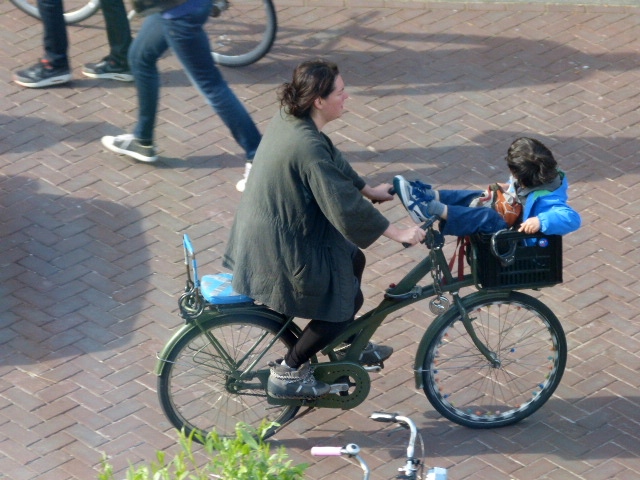 Some late arrivals coming on their bicycles. 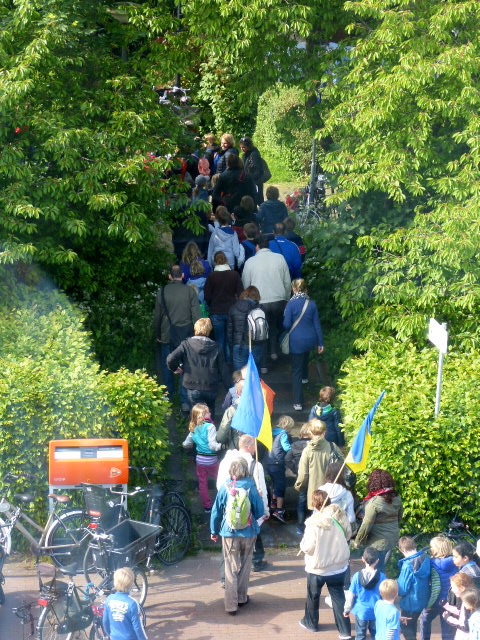 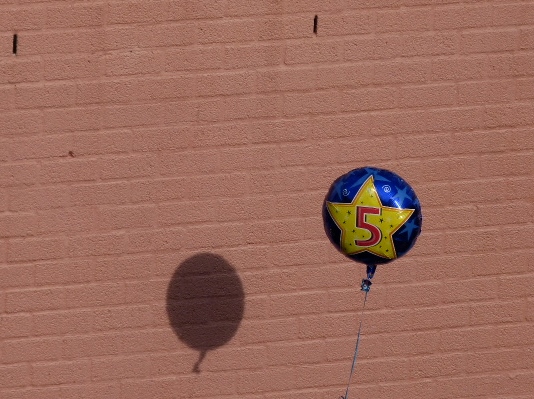 Presumably the 5 K group. There is not much in the way of hill in the Amsterdam area but 5 Kilometers would be quite a walk for a small child. 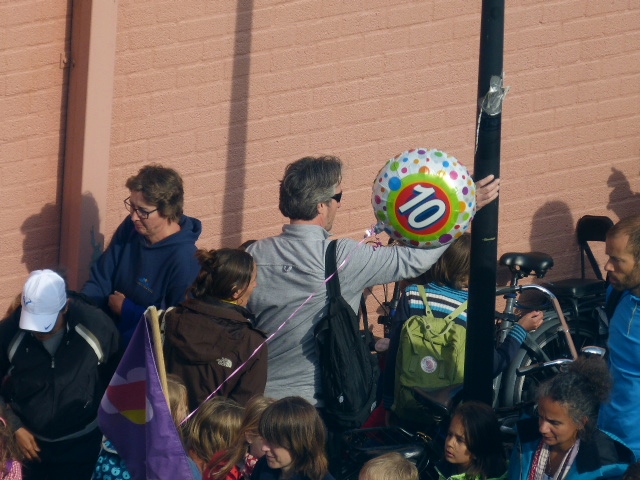 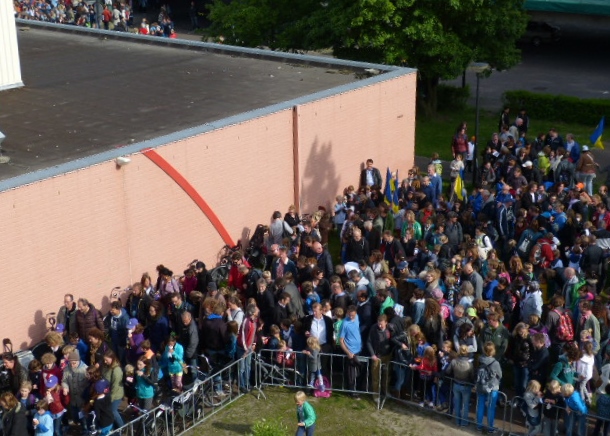 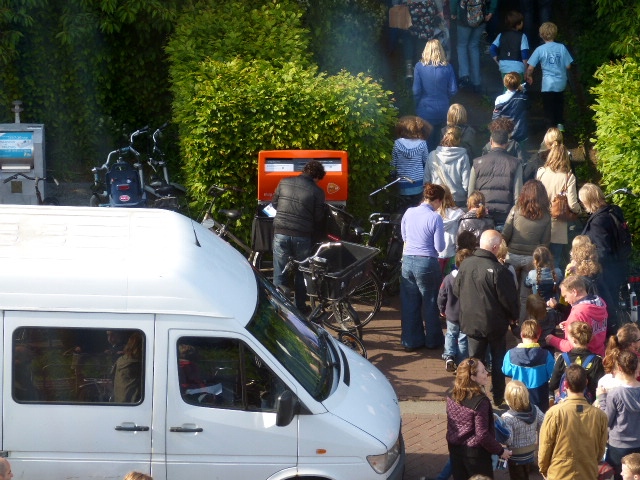 The Postman turned up to empty the letter box. He had some trouble getting through the horde of walkers. 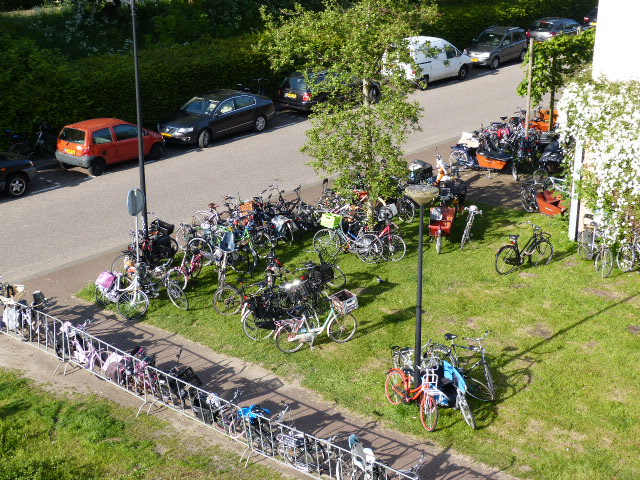 A few minutes later the area was deserted except for a zillion bicycles. 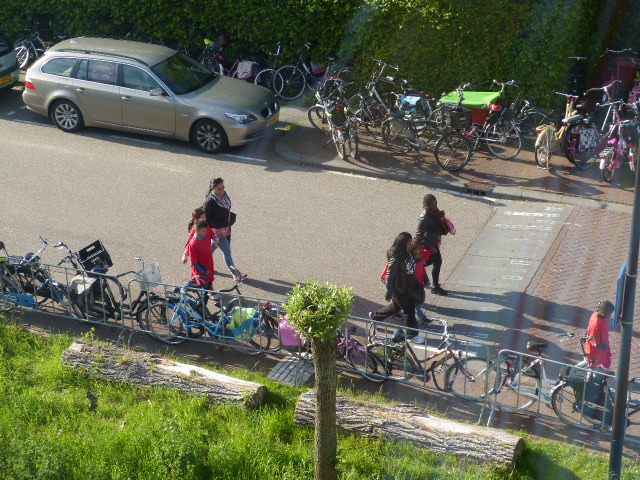 Eventually they started to return. It's really a very nice idea, particularly on a nice evening.