It had rained the night before and the front had pushed the humid air so it was a lovely day with blue skies and much cooler. Feeling somewhat lazy, we decided just to walk to nearby Bauernberg Park. It is one of the nice things about having plenty of days when you are travelling. You don't have to do something major every day. 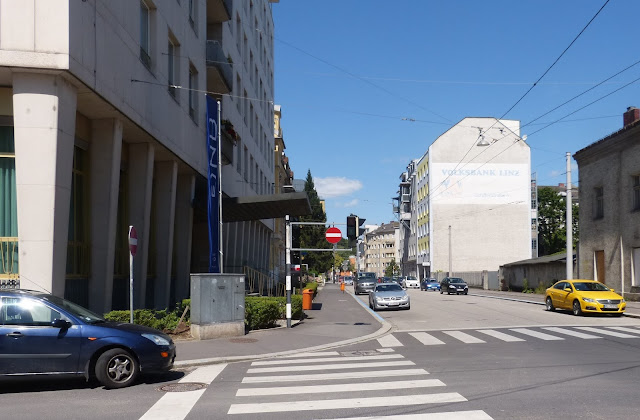 Things were pretty quiet on a Sunday morning. I have noticed that cars do give way to pedestrians and that nobody jaywalks or crosses when a 'do not walk' sign is illuminated. 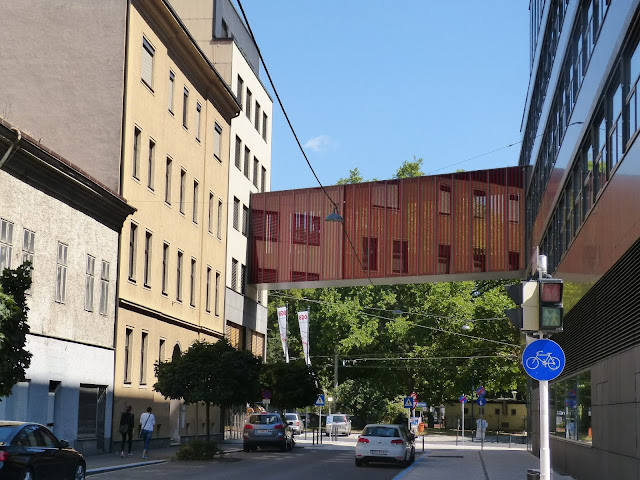 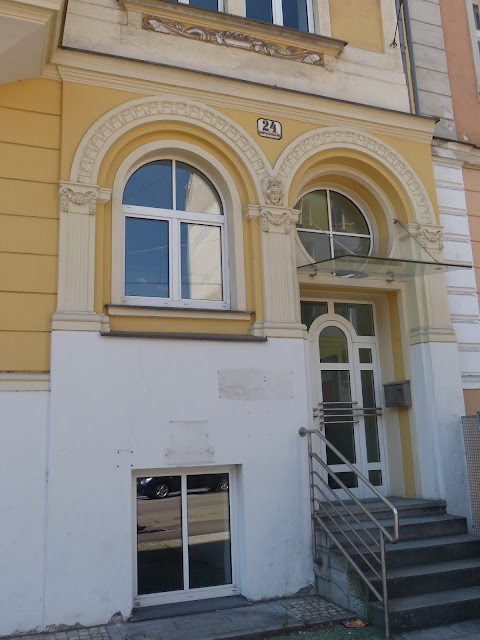 Many of the more modern buildings are nondescript. But there are still many lovely older buildings like this one. 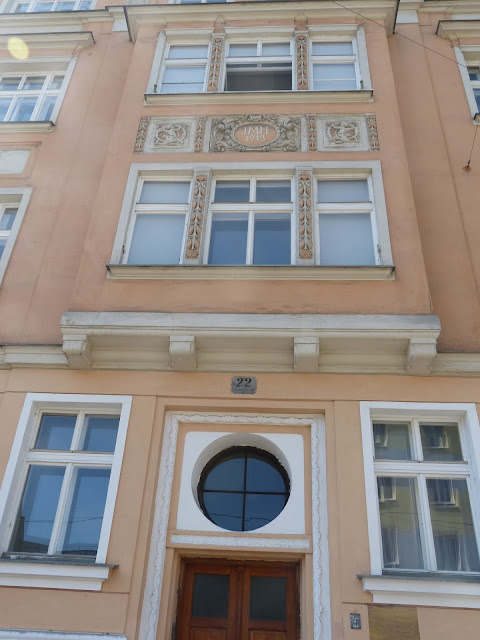 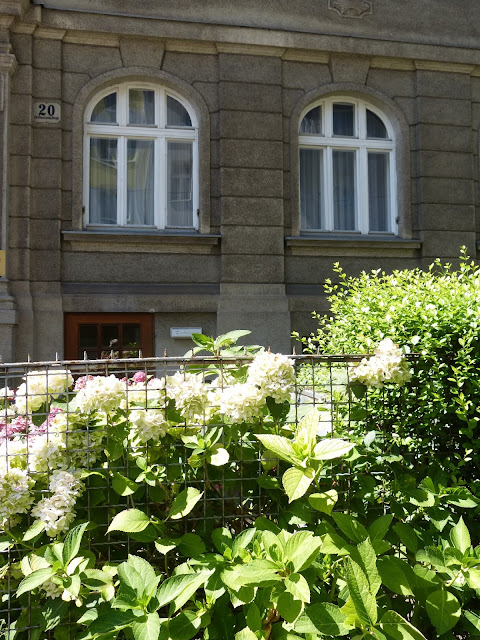 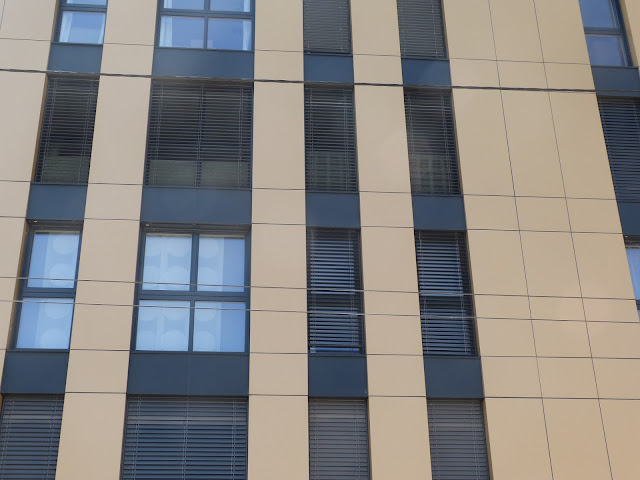 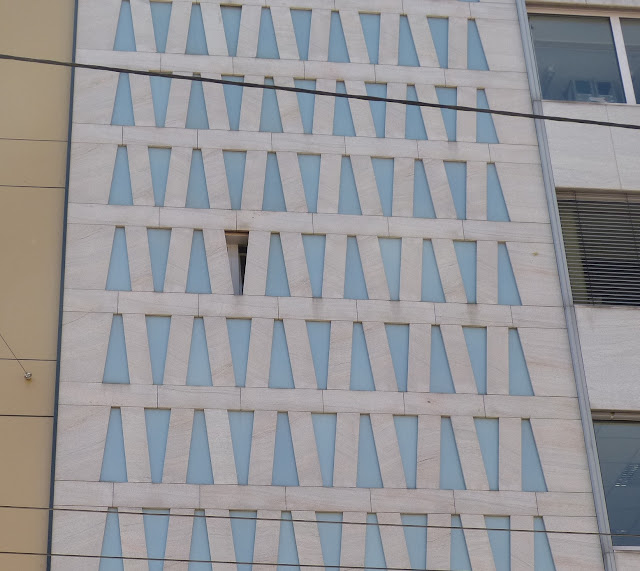 Some modern buildings are interesting. 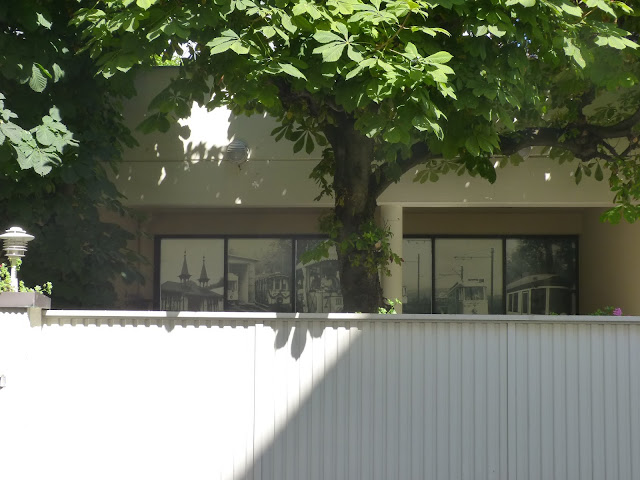 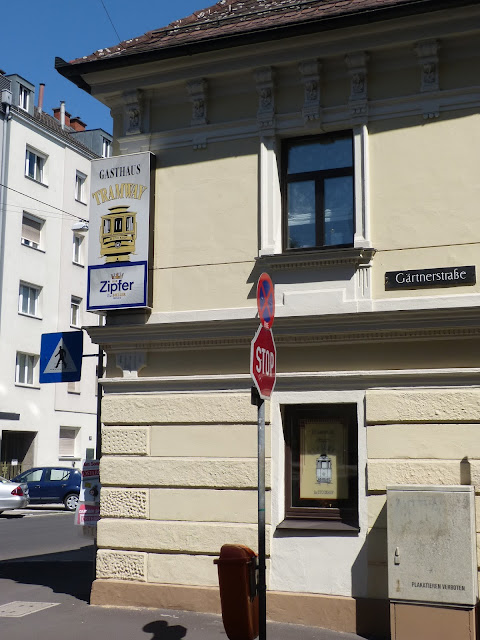 The back garden of this hotel had large photos of trams. 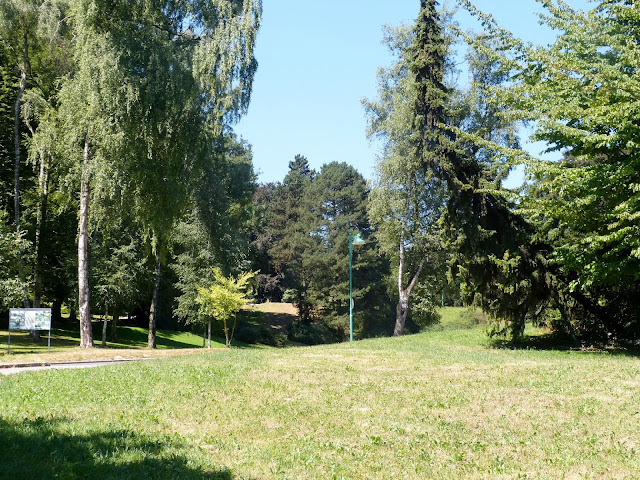 We reached the gardens which are situated on a hill. 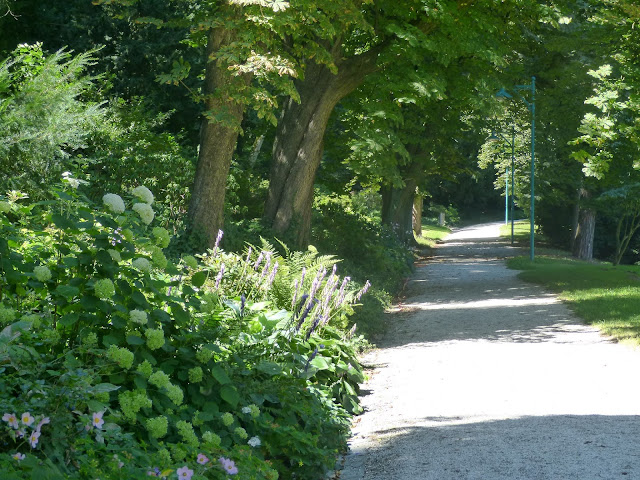 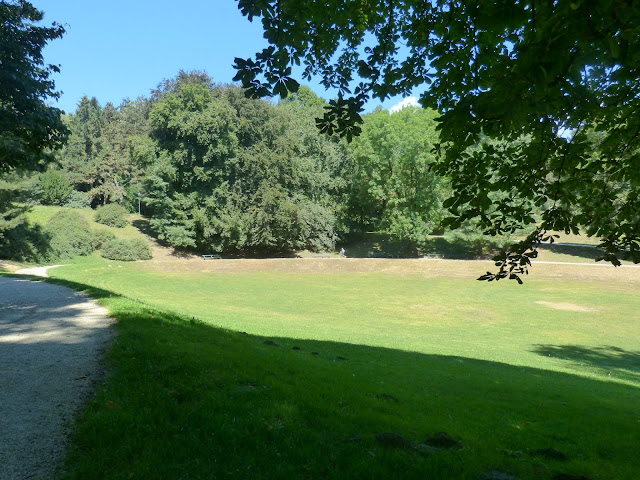 With the deep shadows, it was very pleasant and good exercise climbing the hill. 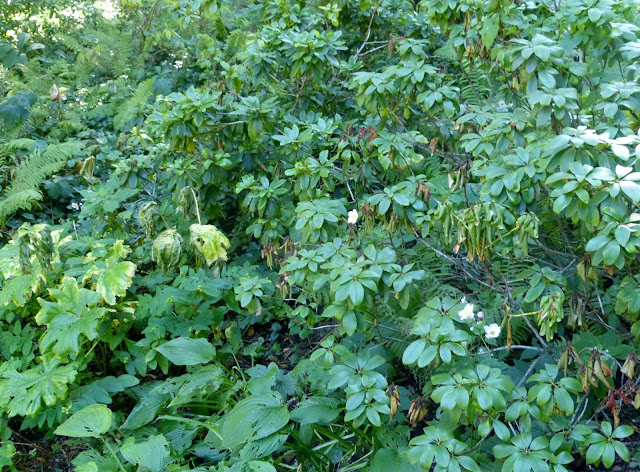 The plants looked like they could use a good rain. 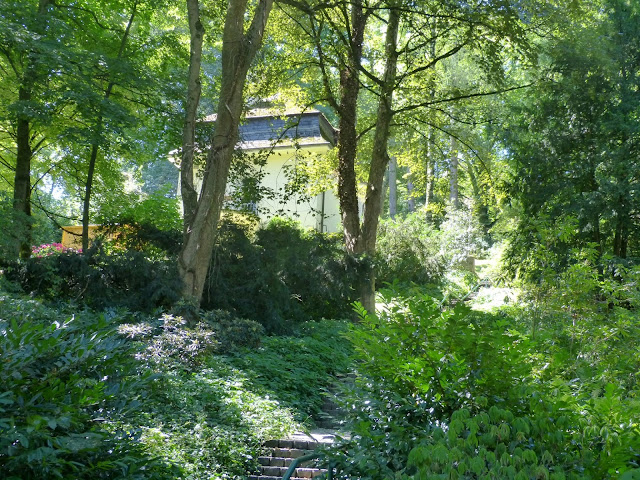 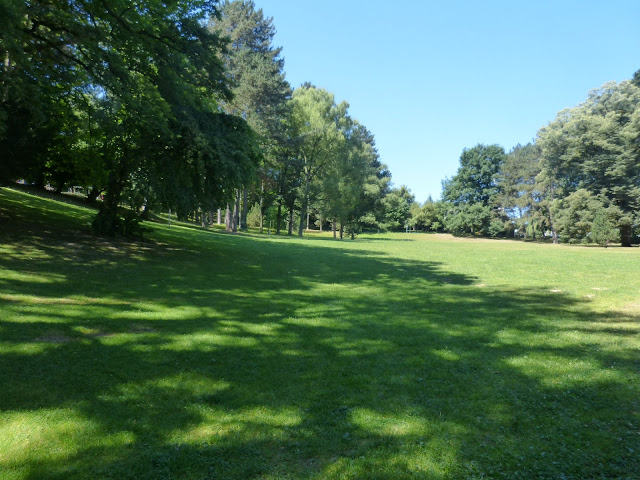 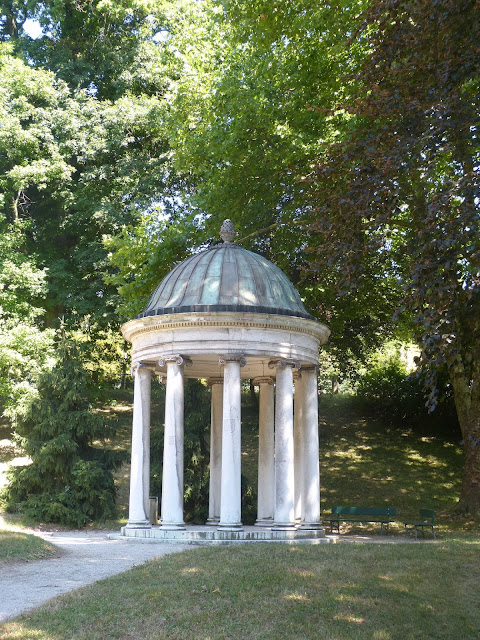 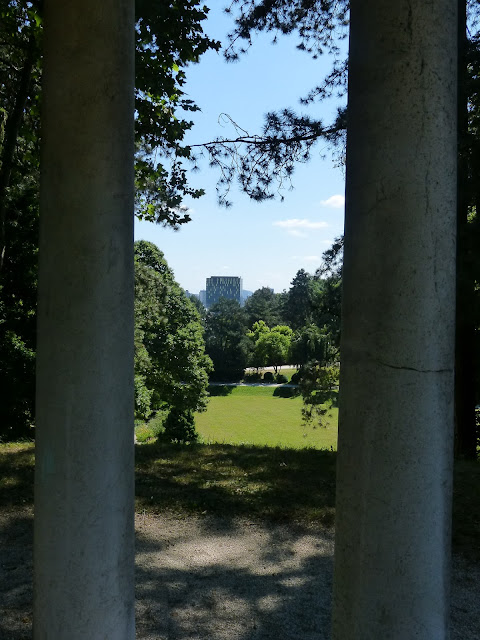 The Power Tower in the distance. It is right across the road from our apartment. 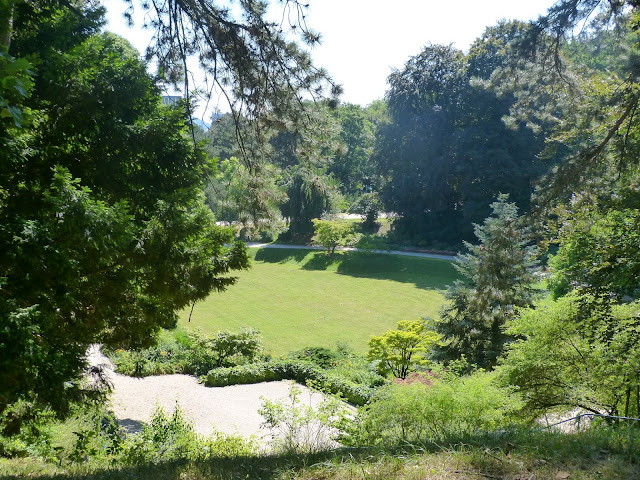 It was all very pleasant. The park is not large and we did not see too many people. 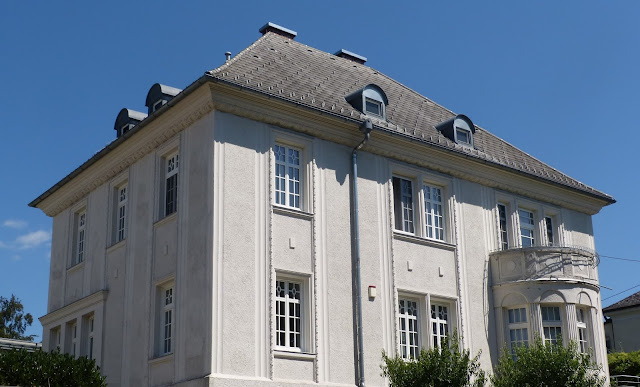 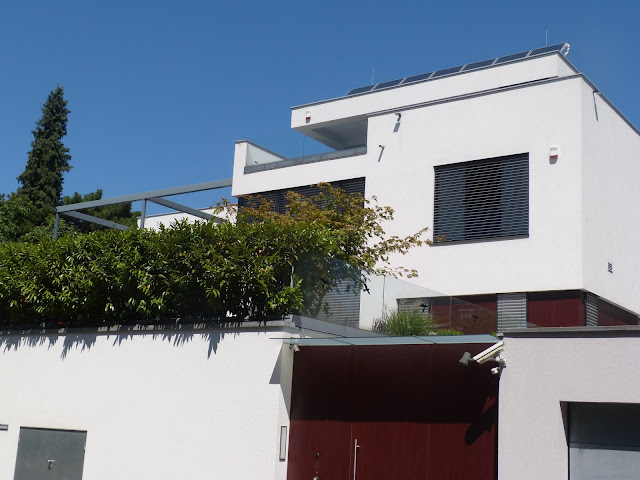 Expensive houses on the road at the top of the hill across from the park. 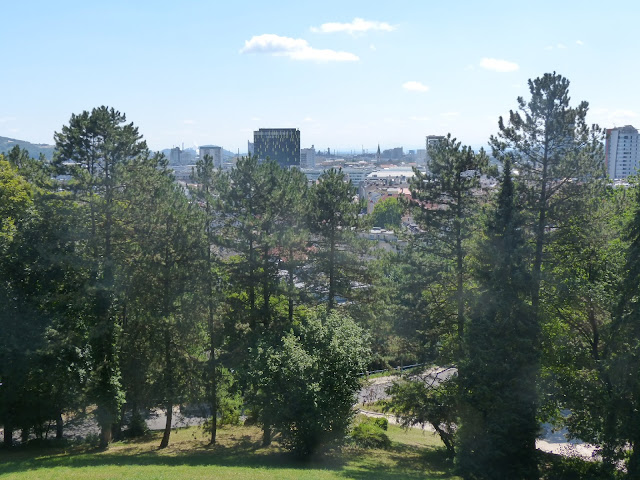 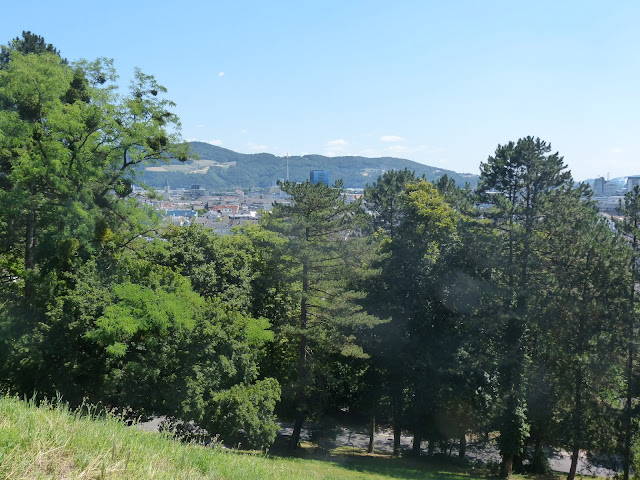 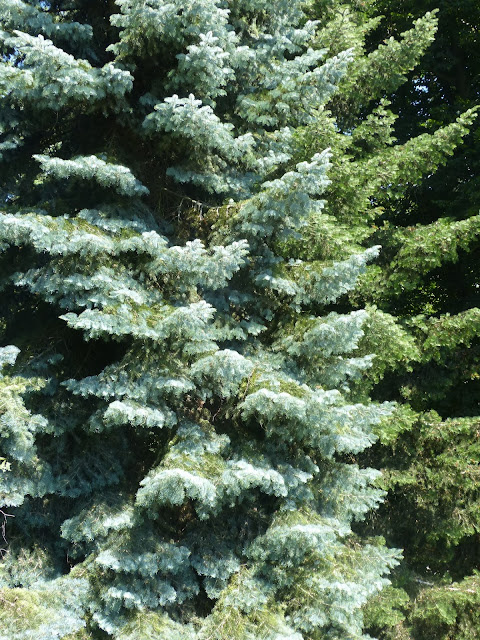 Marianne said this was a spruce tree and it looked beautiful. 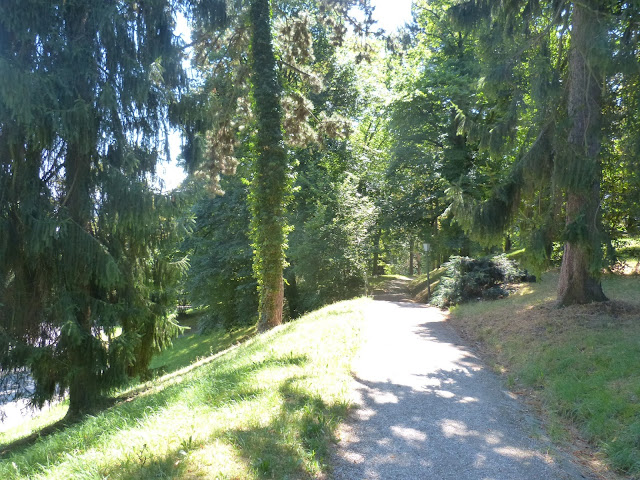 We descended back to our starting point on another path. 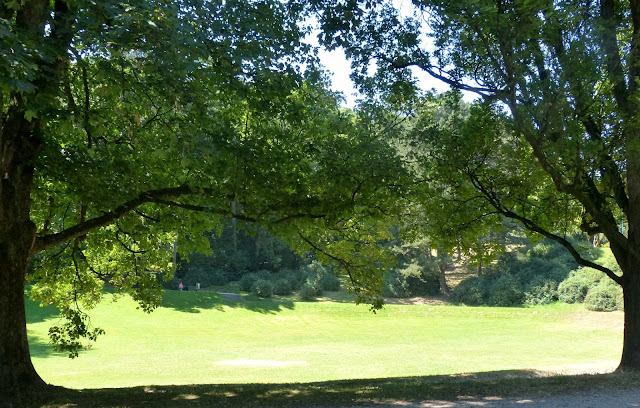 It was not the most memorable of parks but quite pleasant. 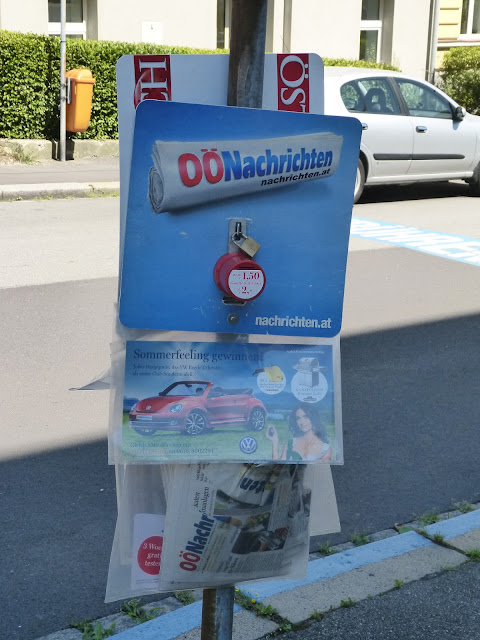 Newspapers for sale. Just take it out of the plastic bag and leave some money. 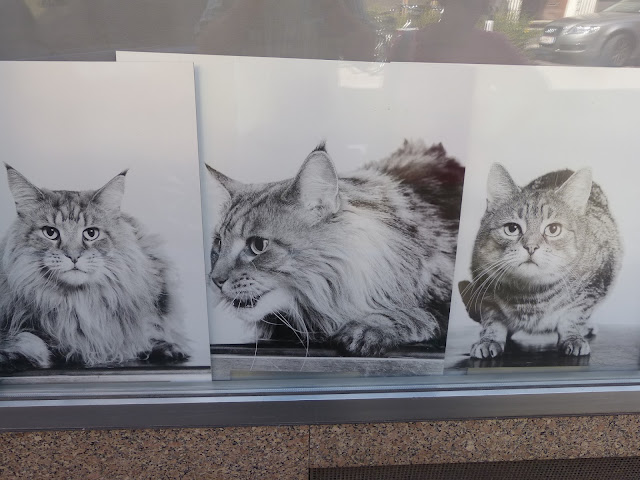 We walked past a vet with these photos in the window.

Speaking of cats, there has been a minor controversy in Australia about a woman who cooked and ate a feral cat. In addition, some of you might enjoy watching this video of the Pakistani Dalek solution. 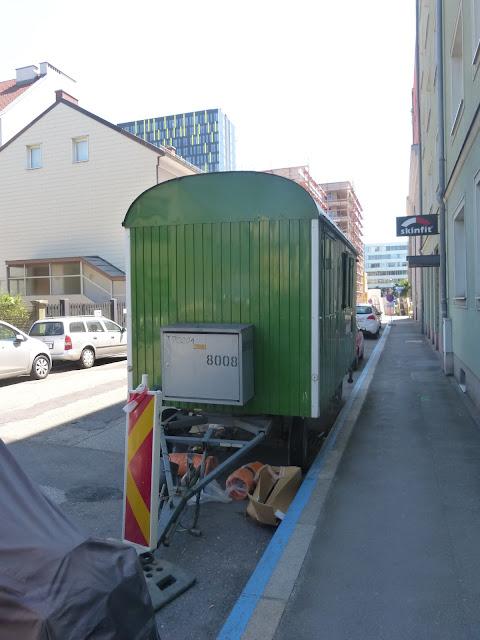 I was intrigued by this wagon which appeared to be a construction site office.

So a satisfying walk followed by yet another cold beer and a nap. 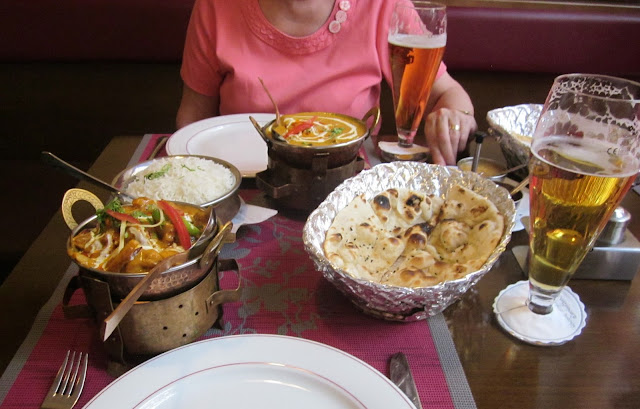 As part of our lazy day, we looked for a restaurant near by which turned out to be an Indian restaurant. The food was really good. By the way, I am going to India next year and I have already booked my plane ticket for $800 return. February 3 to March 6.