Another walk in Upton

When you fly east for a long distance, your sleep patterns are disturbed for a few nights. This time, I was in bed about 9 pm and woke up about 2 am. After staying up for a couple of hours I went back to bed and slept until 9 am. Tonight I will take a melatonin pill which worked very well for me in India and helped me sleep and develop a normal sleeping pattern.

After a late breakfast and a lazy morning we decided to stroll into town to buy a few things at the local COOP. Our exchange family's house is in a development that was built in the 1980's. 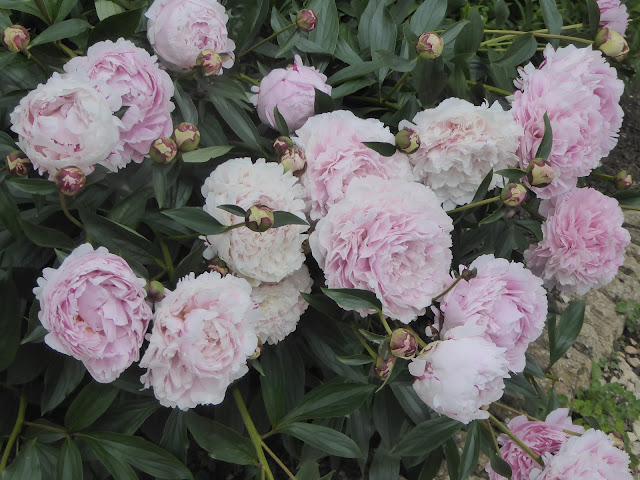 Some of the houses have lovely gardens. These flowers were about 6 to 8 inches in diameter. 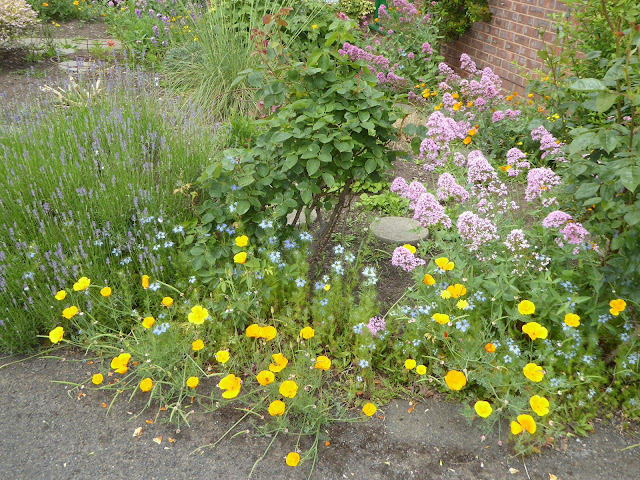 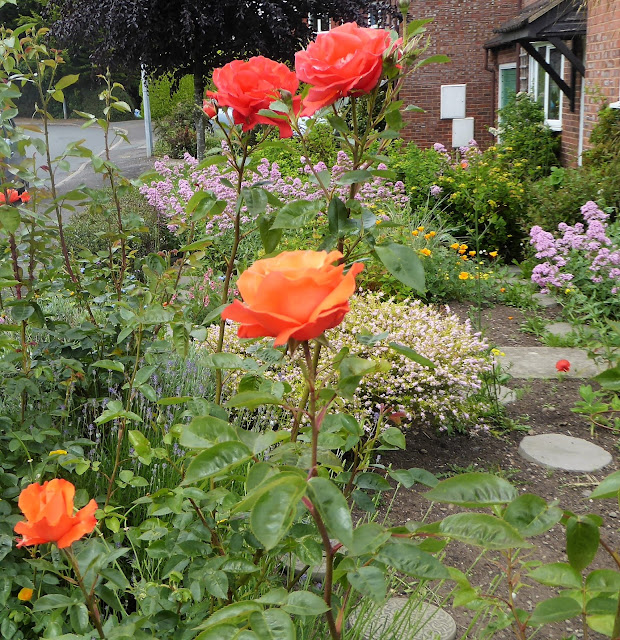 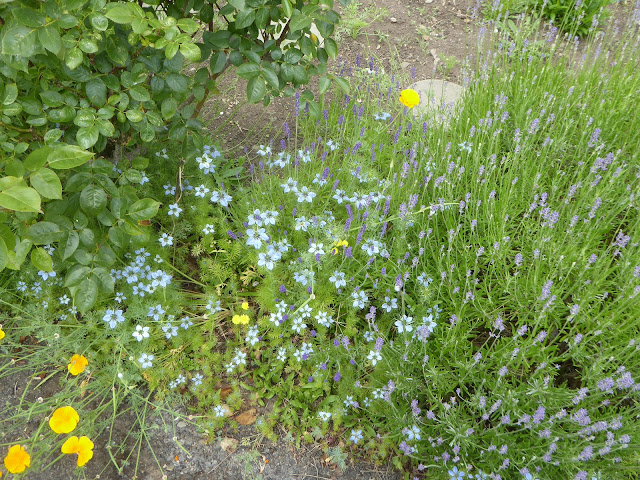 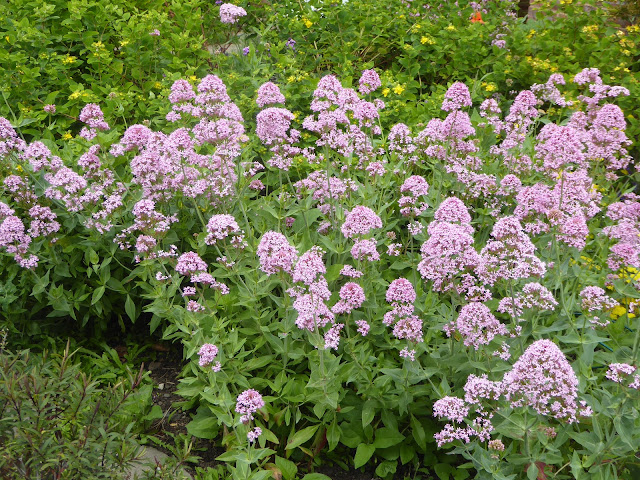 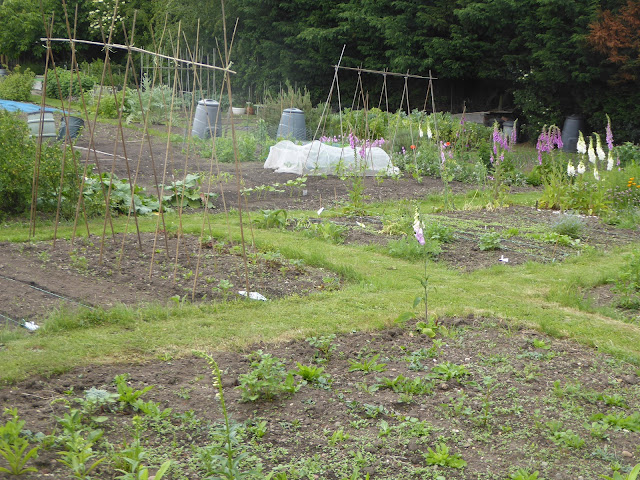 We came across the allotment area we had passed the day before. 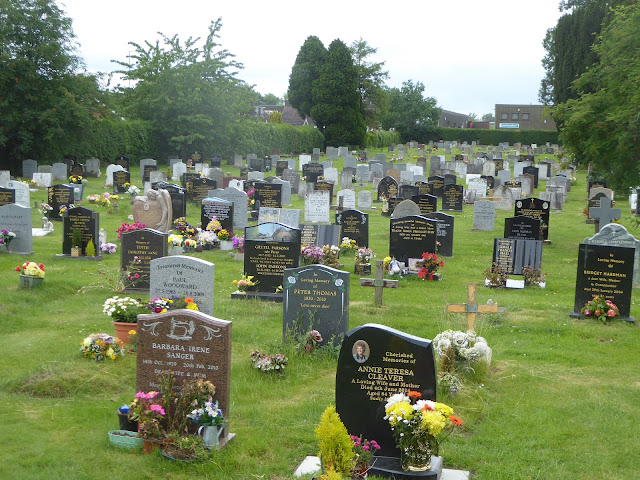 This time we spent a bit of time in the graveyard. The headstones in front are the most recent ones and they get older as you go further into the background. The town has attracted quite a few retirees so the town expects the graveyard to fill up in the near future. They are eyeing the allotment area for expansion. 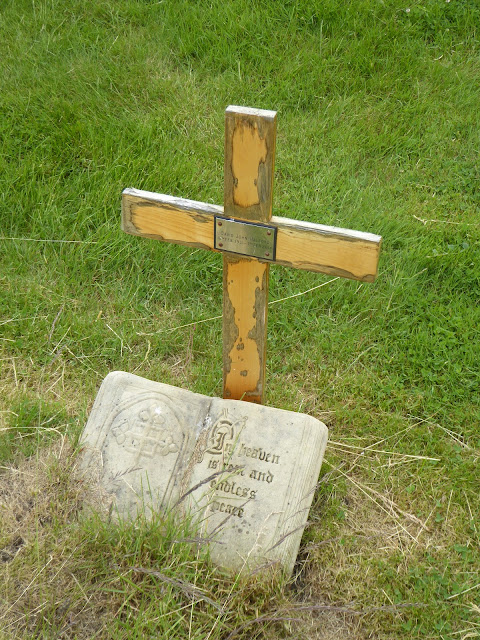 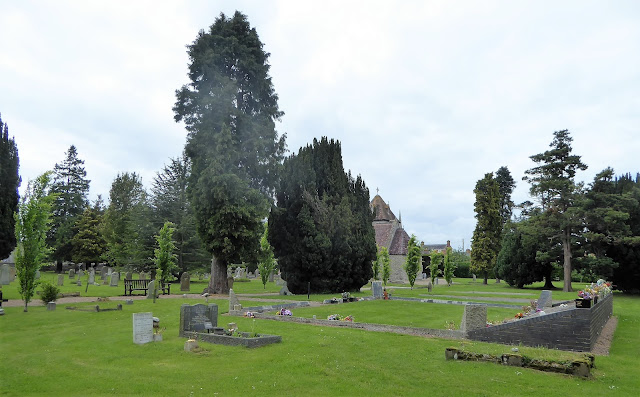 There is a small area for cremated remains. 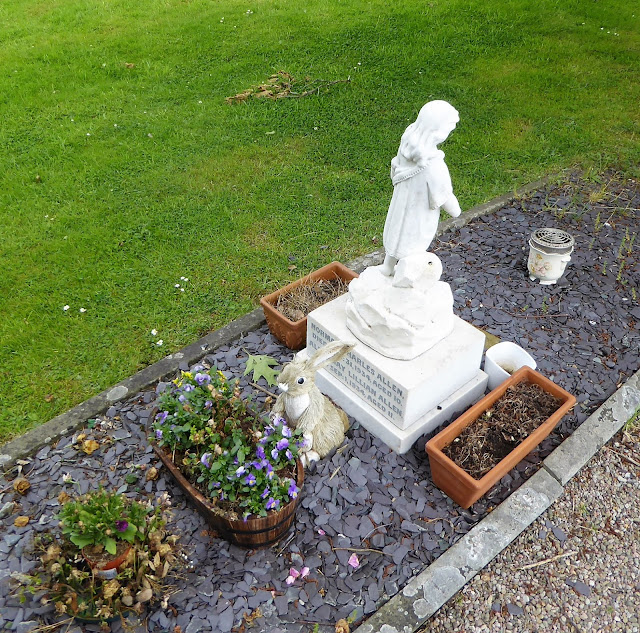 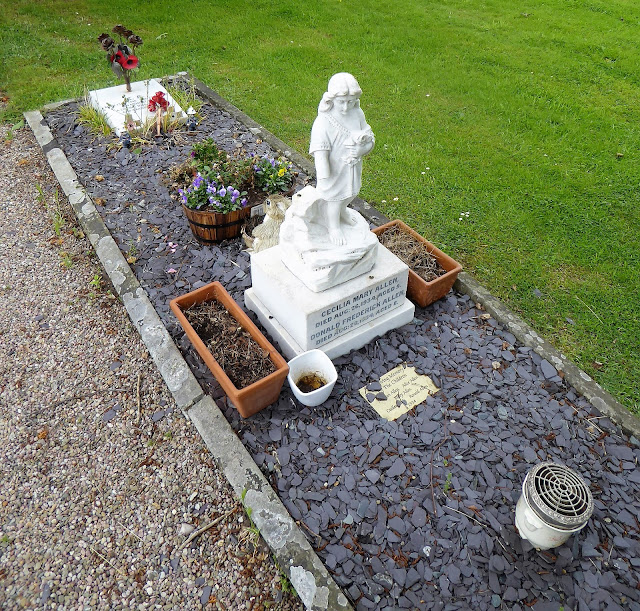 I was intrigued by the rabbit and it appears to be a grave of five children aged between 5 and 11 who died in 1934. I have done a cursory search to try to find out what happened with no result so I will try to find out from a local. 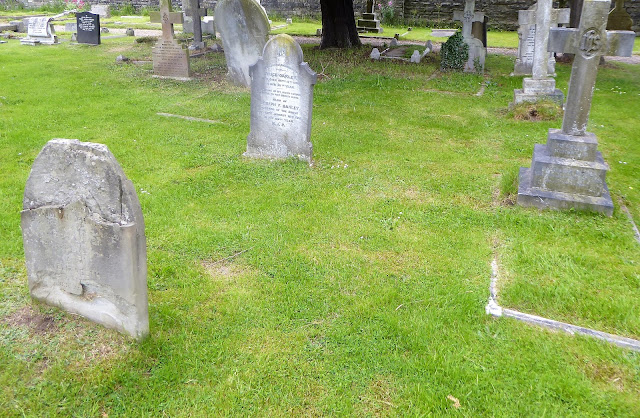 Part of the older section of the grave yard. 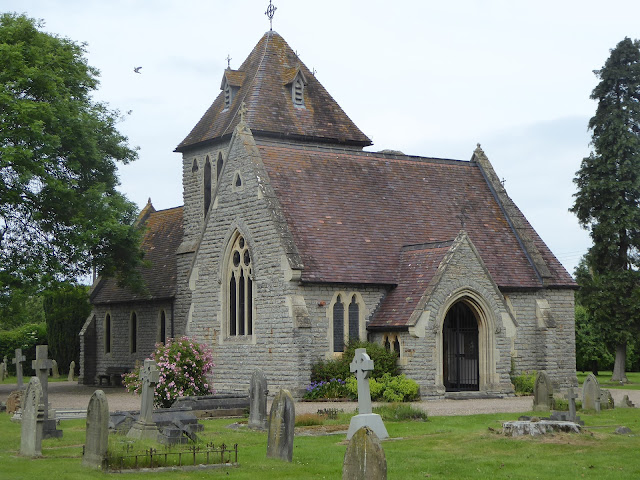 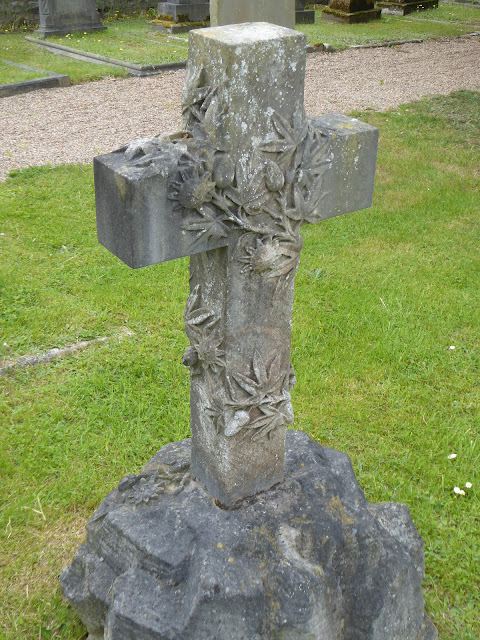 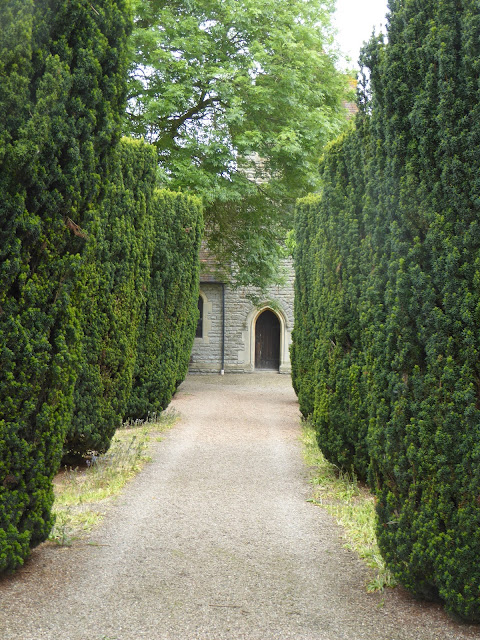 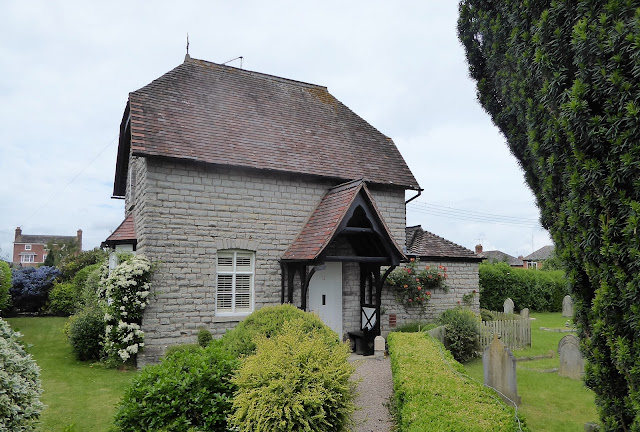 What appears to be the gate keeper's cottage. 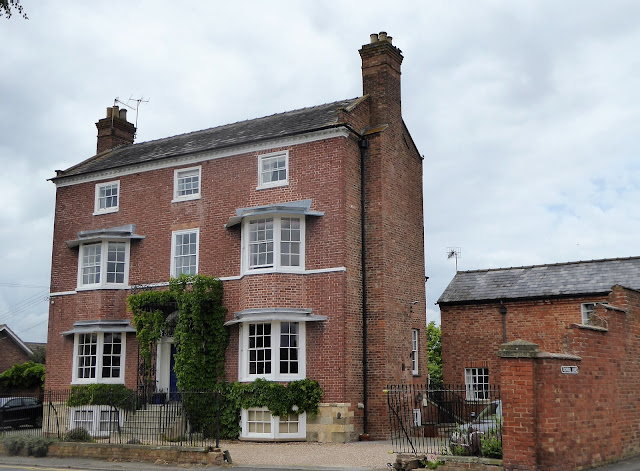 A much grander abode. 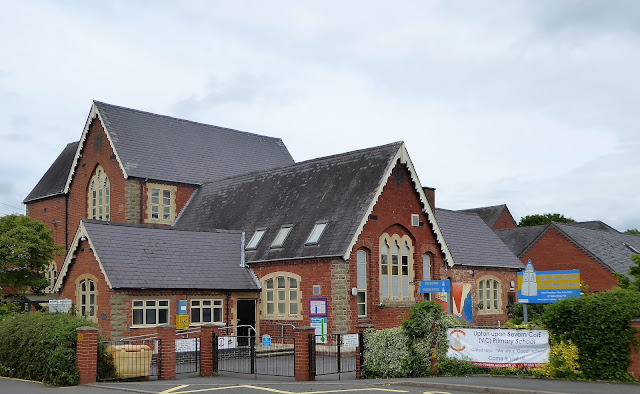 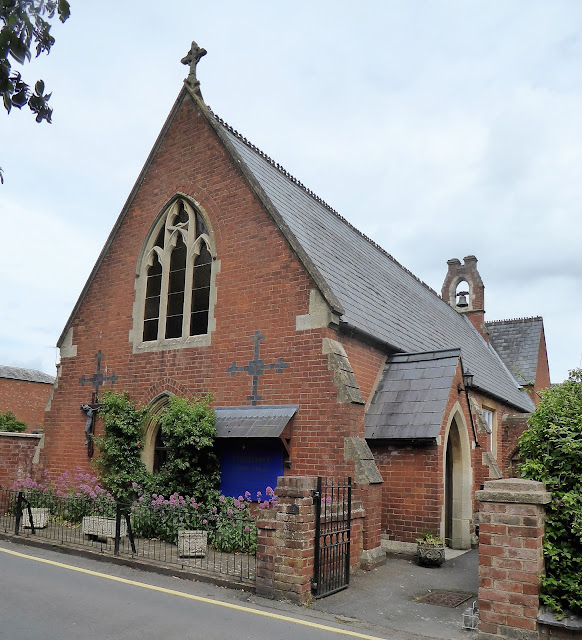 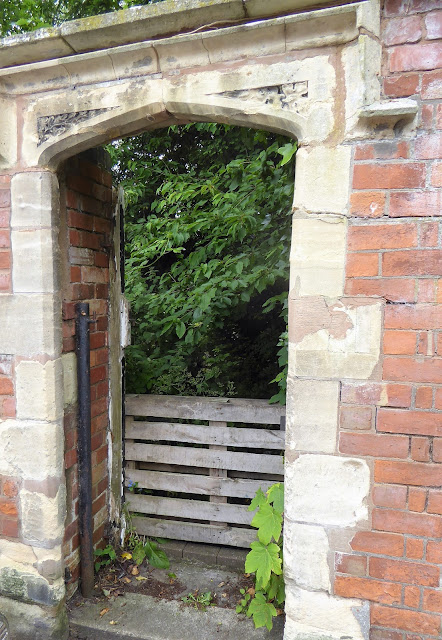 My gate photo for the day. 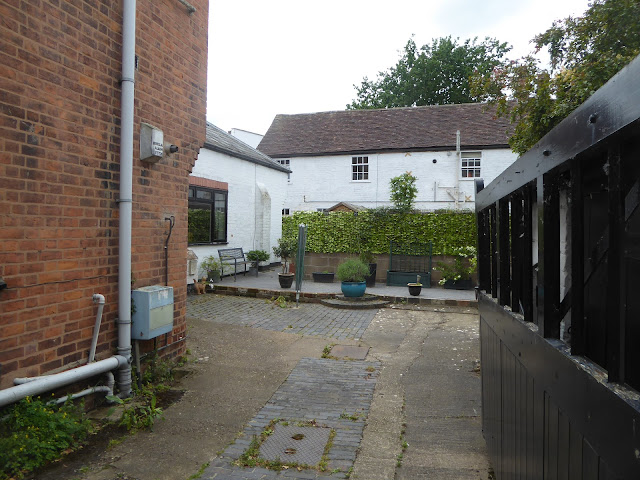 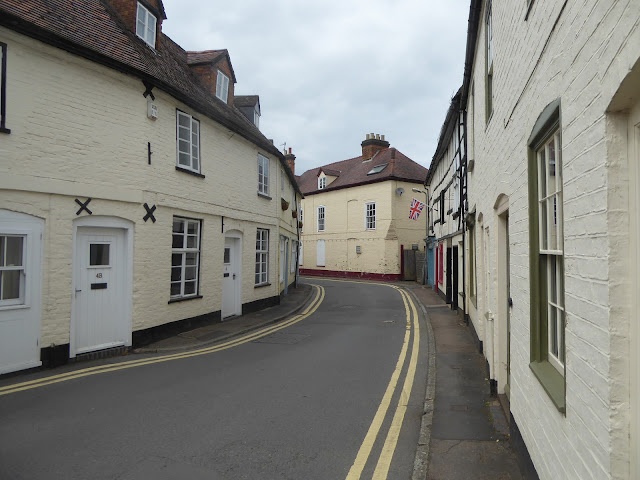 One of those narrow English streets where you have to watch out for cars. 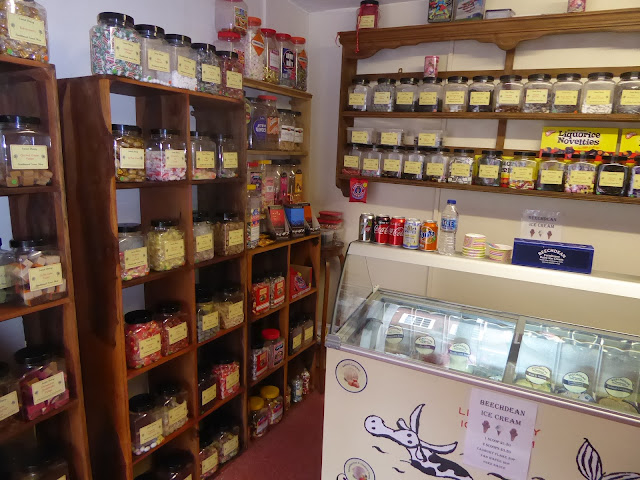 We went to the COOP and started to walk back to the house along the main street which is called Old Street. Naturally there is the imaginatively named New Street as well. We came across a small shop that sold ice-cream and since it was a bit warm and humid, Marianne wanted one. The shop also sells traditional lollies of various kinds. 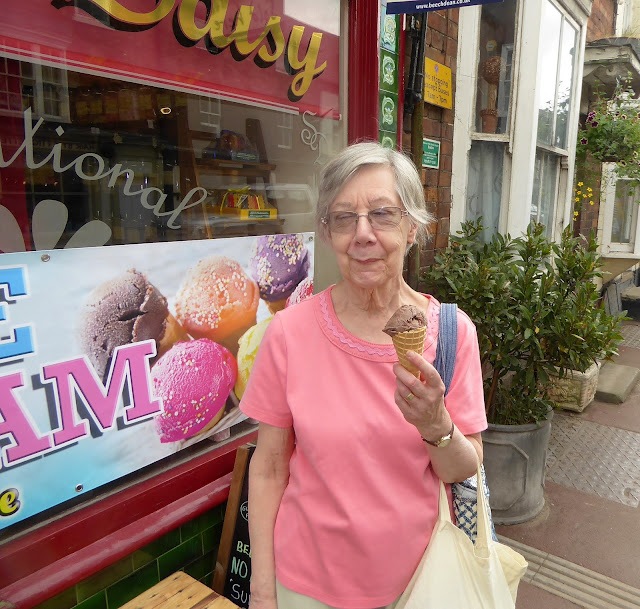 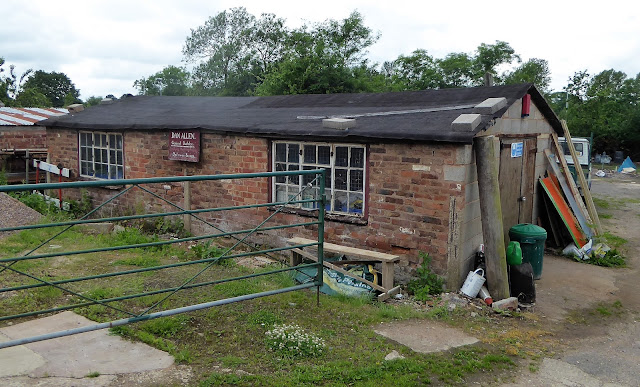 We came across this shed used by a builder / renovator. Marianne reckoned that the looks of the building would say to potential customers that he was spending all his time on customer needs and not his own. Hmmm!

So far, we have really enjoyed this little town and can see why people would want to retire here. Last night as I was lying awake, I realized how very quiet it is here.