About 10 miles south of Upton is the medieval market town of Tewkesbury. As well as old buildings, it's main claim to fame are its Abbey and the Battle of Tewkesbury that took place in 1471. 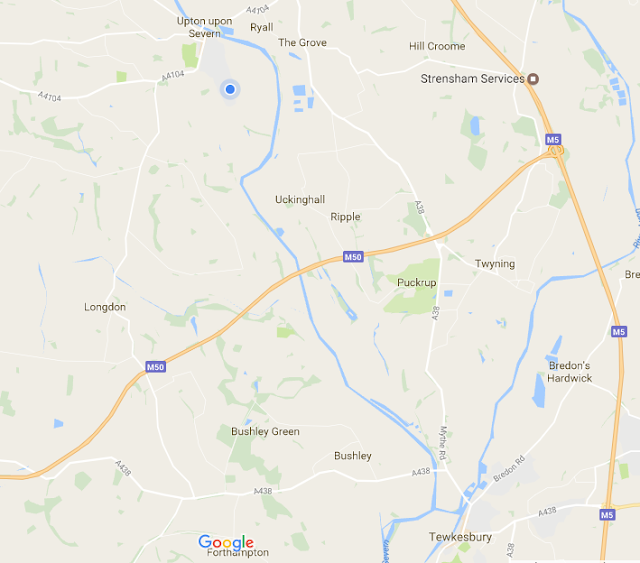 Upton is towards the north and Tewkesbury at the south. We took the road via Longdon and it was a quiet peaceful drive. The river on the western side is the Severn and the Avon is on the eastern side. 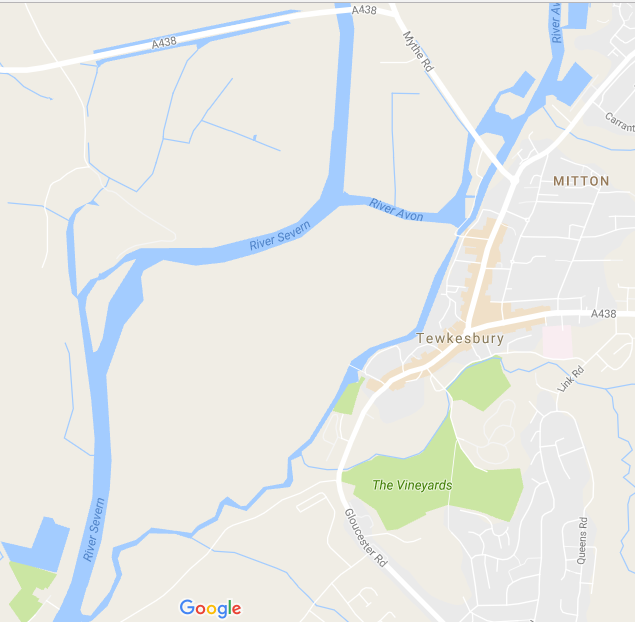 At the top of the map you can see where the A438 road crosses the Severn. The Mythe Bridge was designed by the famous Thomas Telford in 1823 and this iron bridge was completed in 1826. Unfortunately there is no place to park nearby but you can see a photo of its single arch in the Wiki article. 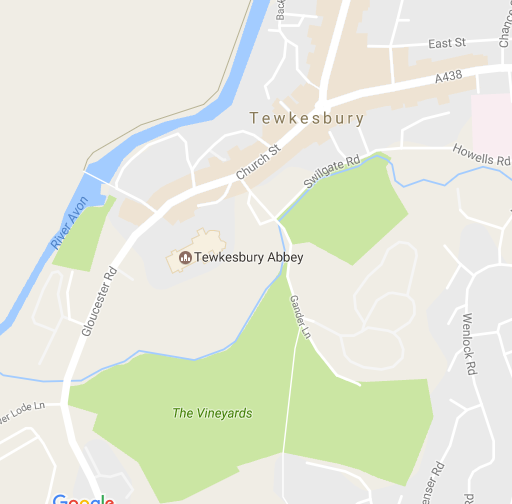 Just to the south of the main shopping area lies the Abbey which will get its own blog. 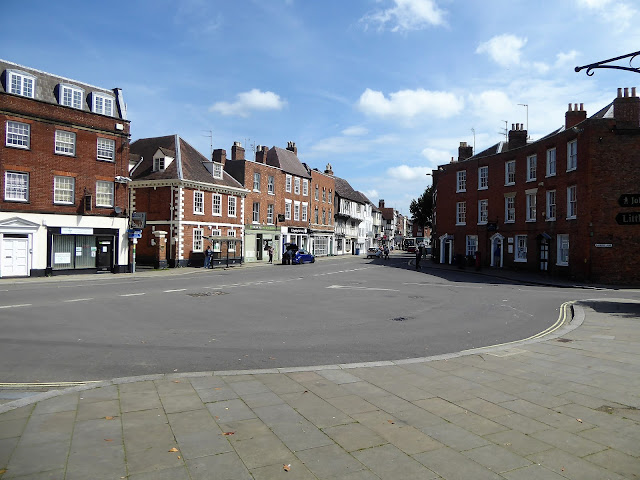 After visiting the Abbey we headed north towards the shops. 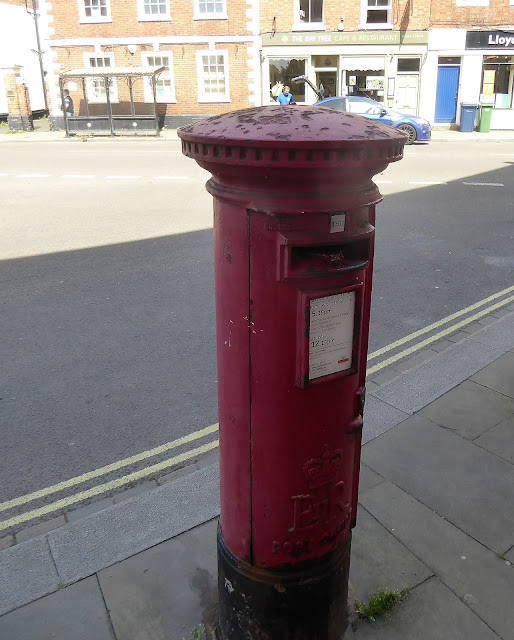 Yes, they still have some old post boxes in England. One of the many old buildings. 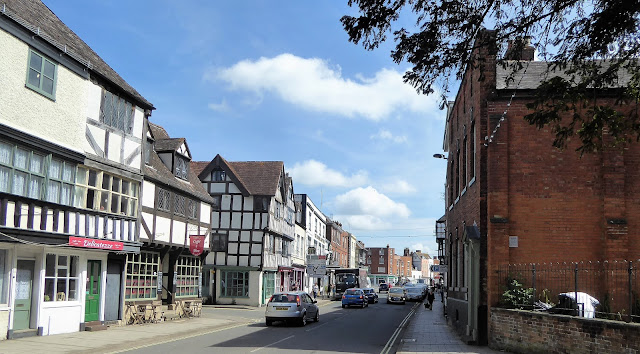 There was a reasonable amount of traffic passing through. 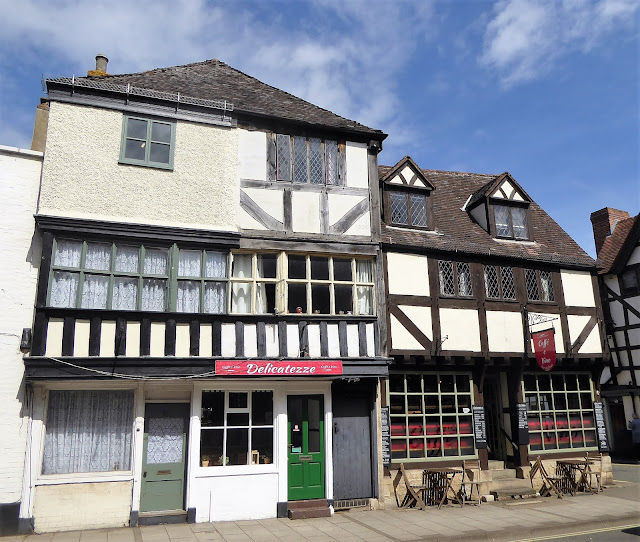 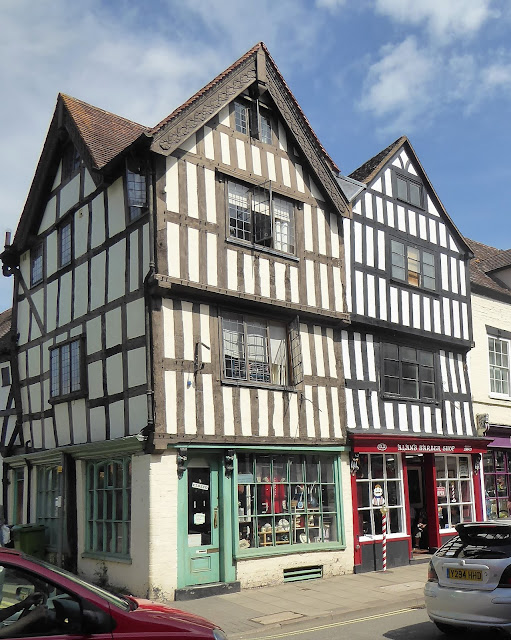 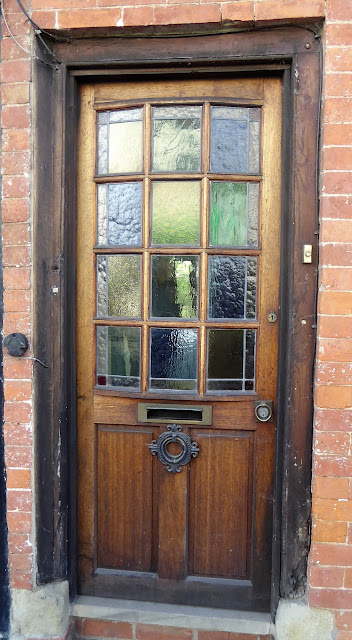 My door photo of the day. 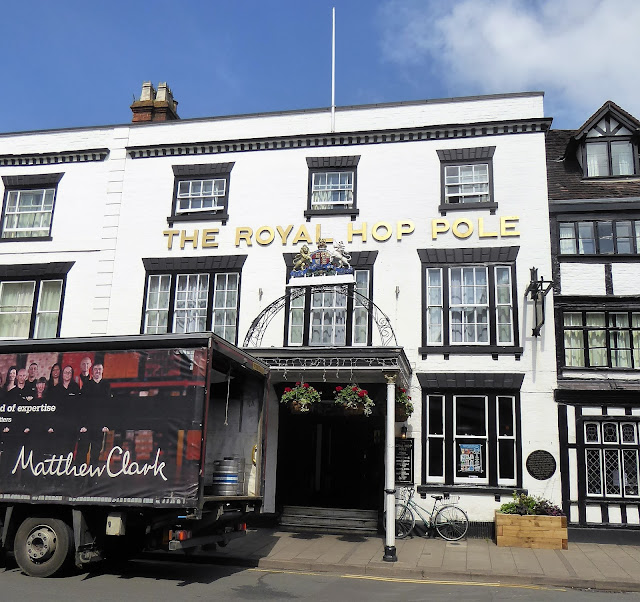 Google describes this hotel as 'down to earth' with un-fussy rooms. The staff are friendly. 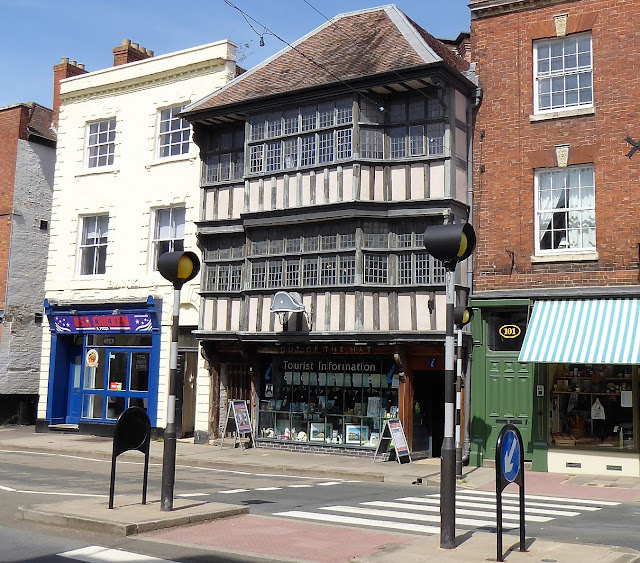 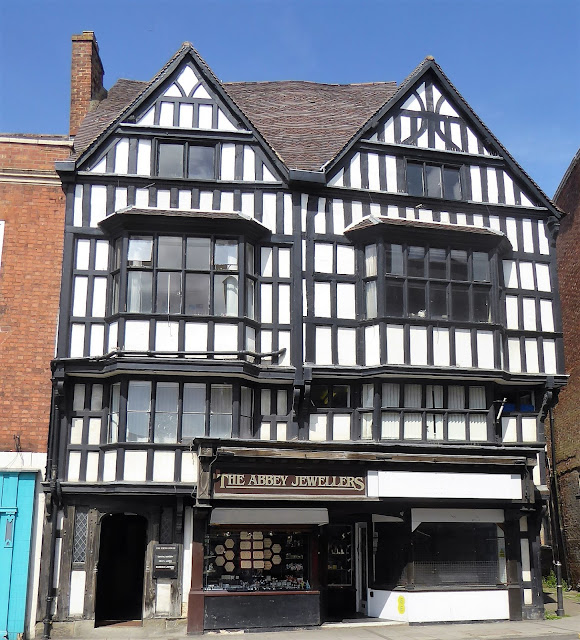 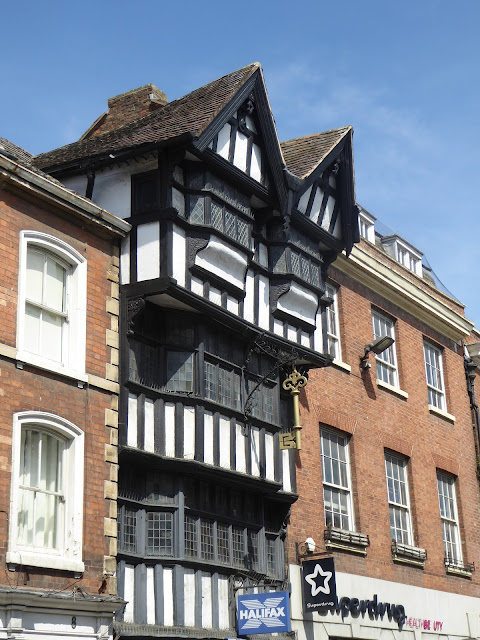 I was intrigued by the overhang. 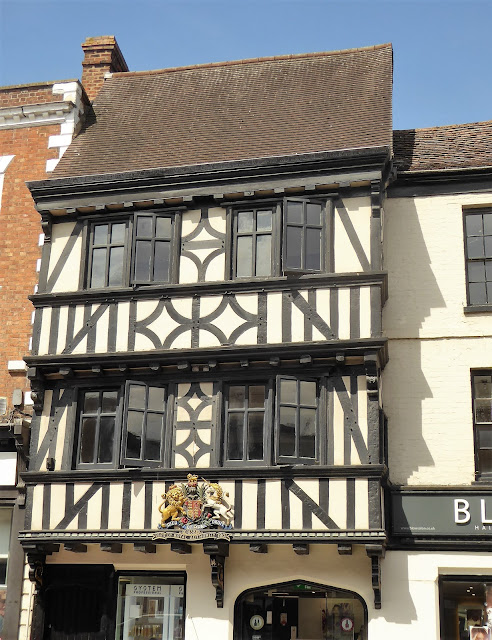 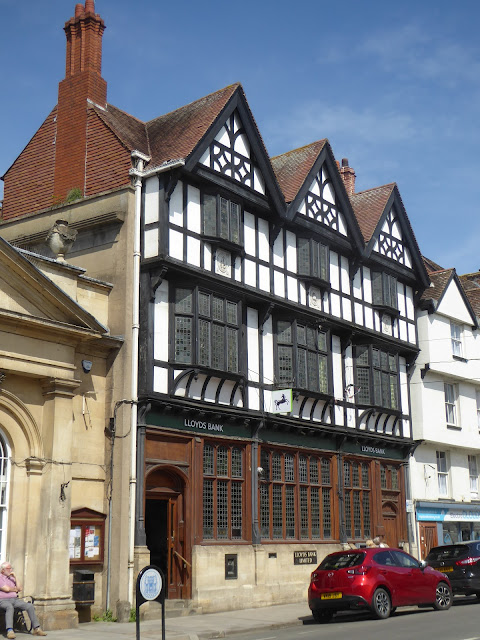 We were walking on the shady side of the streets which actually had the more interesting shops but was visually less interesting. 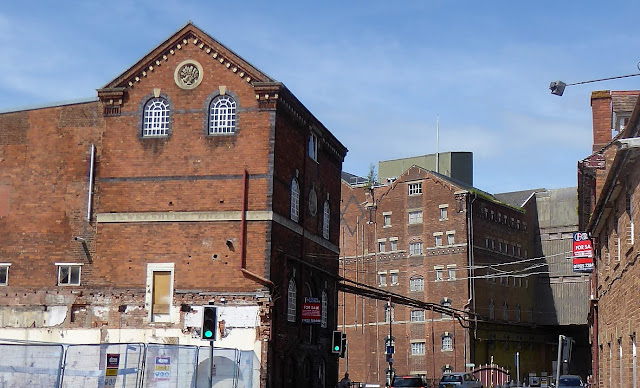 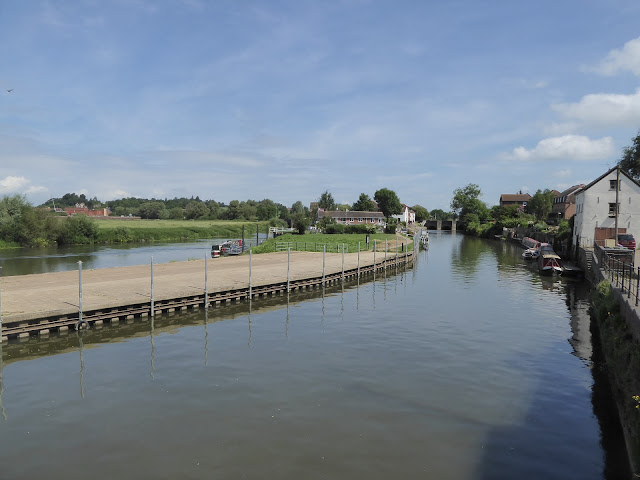 The Avon splits to form and island. This is looking upstream. If you go far enough you would eventually reach Stratford on Avon. 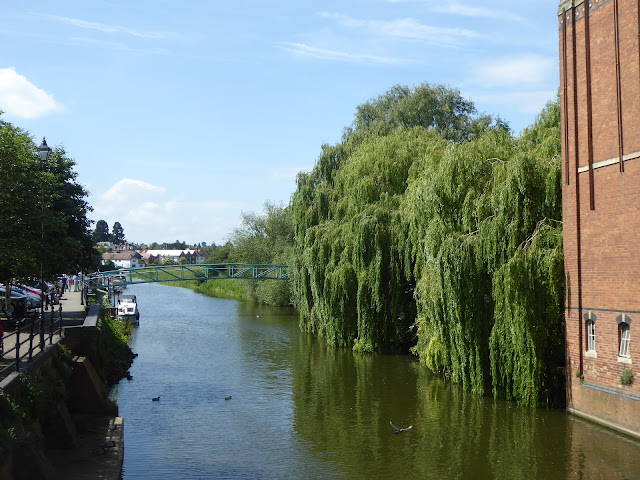 Looking downstream. It's all very peaceful. 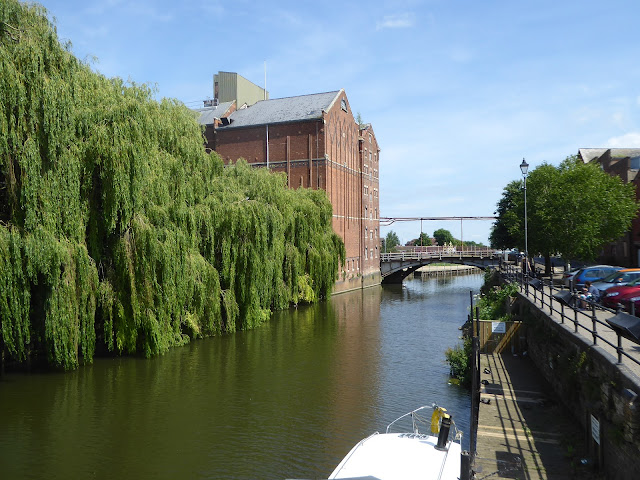 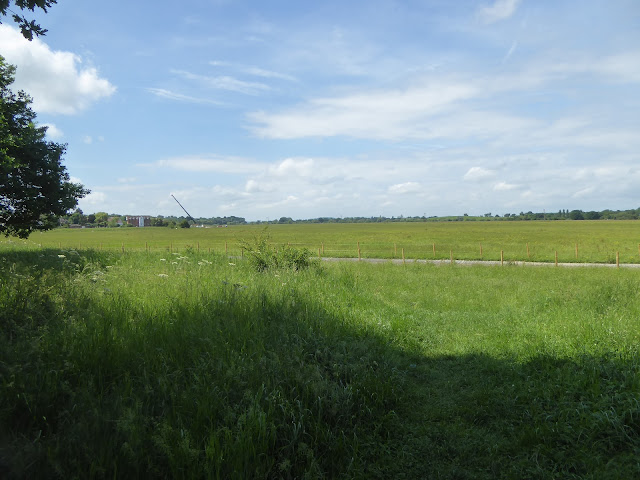 In this part of the world they call this floodplain a ham or a commons. 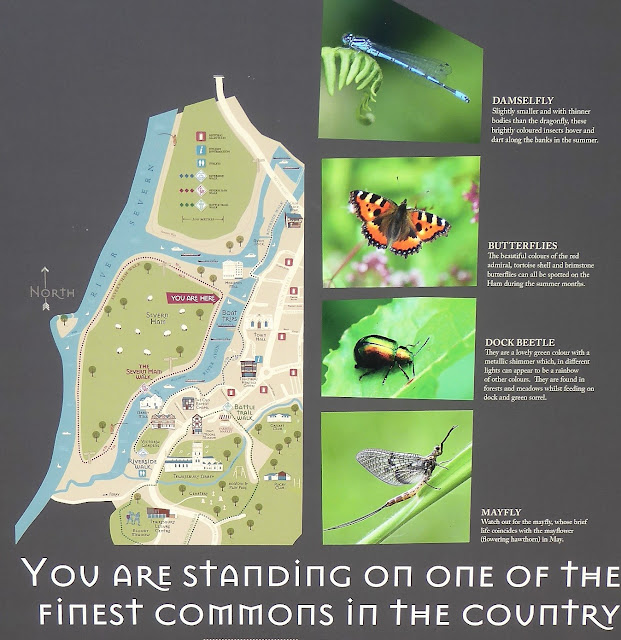 It is a refuge for wildlife.

We enjoyed Tewkesbury and would happily revisit it sometime. 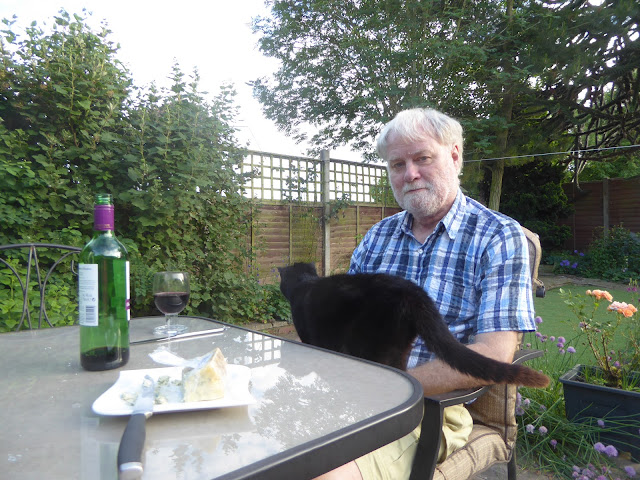 And finally a photo taken the evening before of one of the cats pining for its owners. You can tell its after dinner since the wine bottle is empty and the Stilton that cost 2 pounds has taken a beating. I doubt the poor cheese will make it through this coming evening.