Since my close encounter with the brook and the drowning of my camera I have been using Marianne's Lumix camera. It's a great camera and I used it when I did the Coast to Coast walk and the train trip from Norway to Singapore. However, it is a bit big to carry around and I found that the small Lumix camera (DMC-TZ60)  is more convenient to travel with since I can slip it into a pocket. So I bought the next year's model and had it delivered for pick-up at a Waitrose supermarket in nearby Great Malvern. 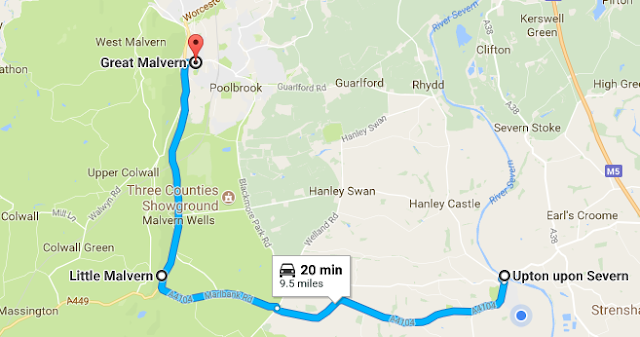 So we headed westerly on the same road that we traveled on when we went to Ledbury but turned north when we got to Little Malvern. The road then follows the side of the Malvern Hills all the way to Great Malvern.

Unfortunately the road is lined with houses that block the view so you don't see too much. In addition, the road is narrow enough that any parked cars result in your having to wait for cars coming in the opposite direction. Not a pleasant drive at all. 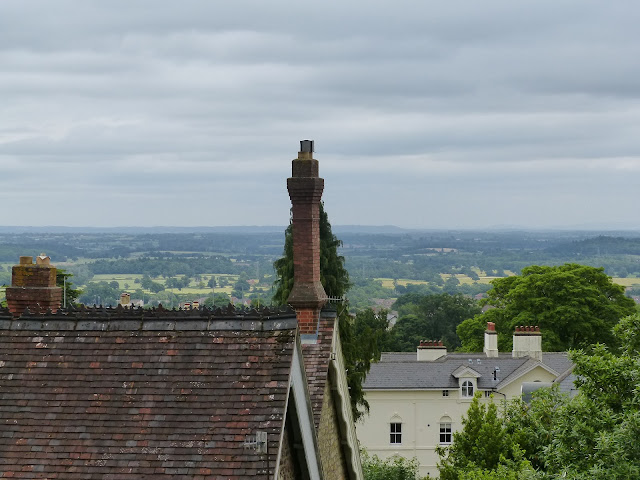 We reached Great Malvern and parked in the Waitrose parking lot. Yes, you can see a bit of the view but there is always a roof blocking part of it. 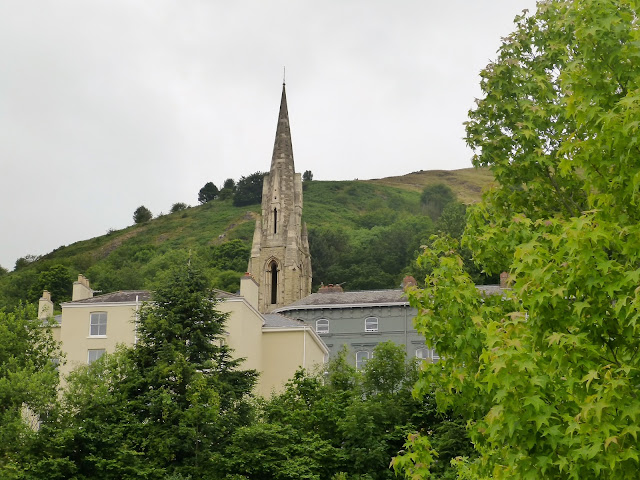 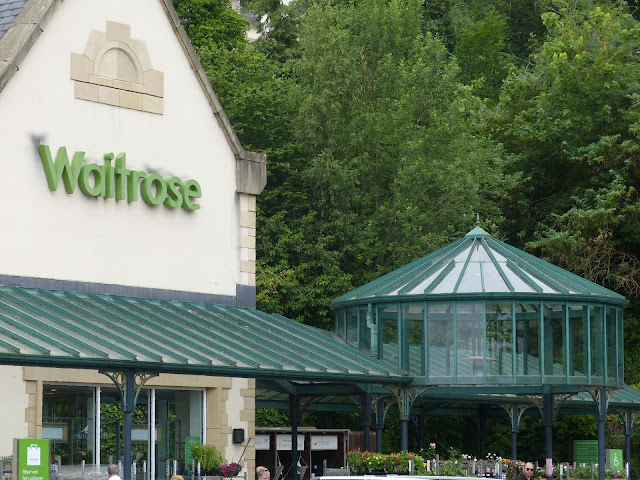 I was intrigued by the yurt shaped structure. 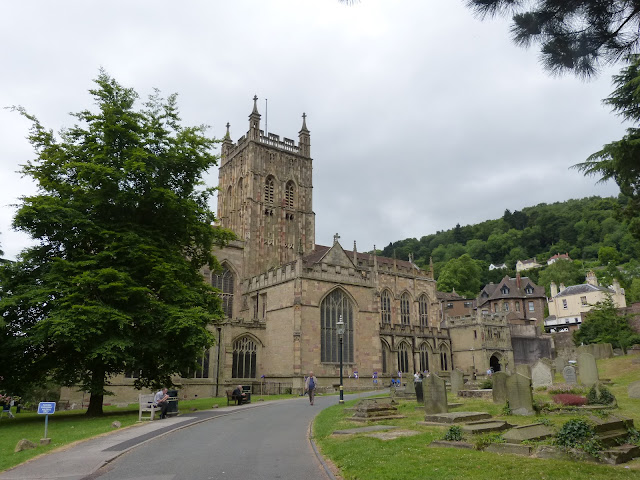 Before going into the supermarket we had a brief walk into the main part of the town. This is the Great Malvern Priory. 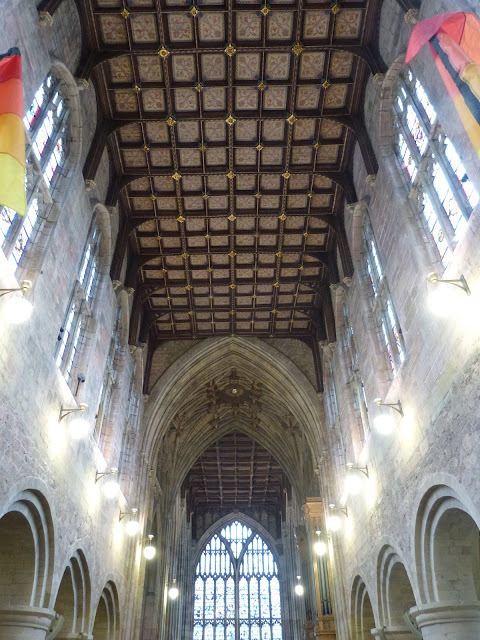 There was a special event going on involving children so we could only take photos of the ceiling. They were there to get a feeling of what it was like to be a monk in the period when it was a Benedictine Monastery. The older people were all dressed in white monk's outfits. I resisted the temptation to say 'very fetching' to a group of older ladies walking past. 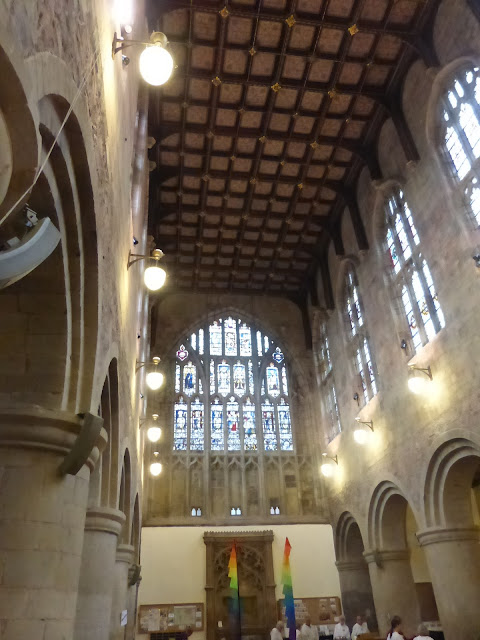 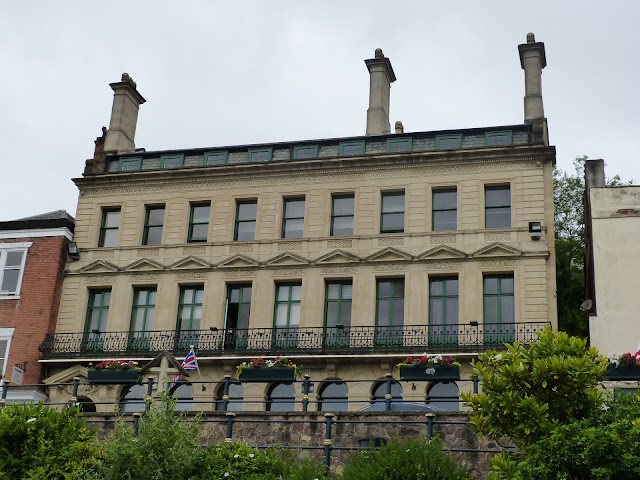 We then walked beside the road we had just driven on. Here is a distinguished building further up the hill. 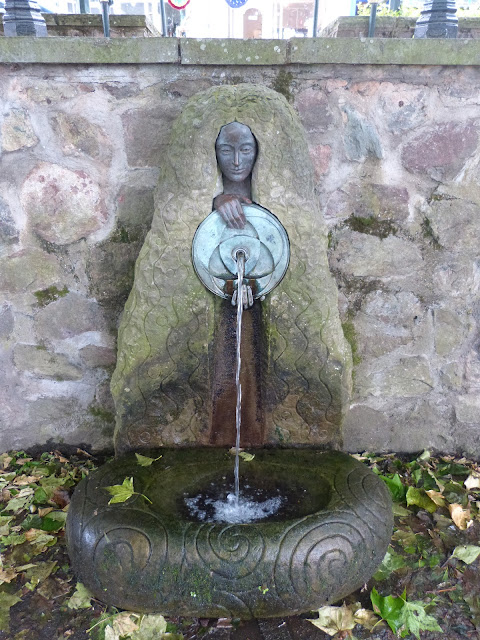 Malvern's real claim to fame was the natural mineral water that gushed up from the hills. You may have heard of the term 'Malvern Water'. This is it. 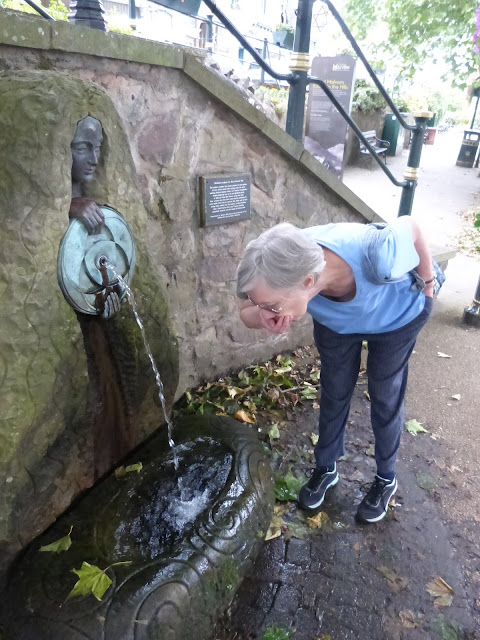 It was safe to drink so we both tried it. As they say, it tastes of nothing. 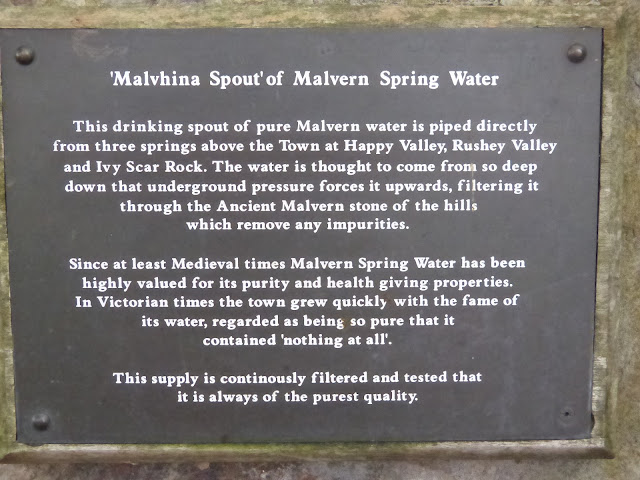 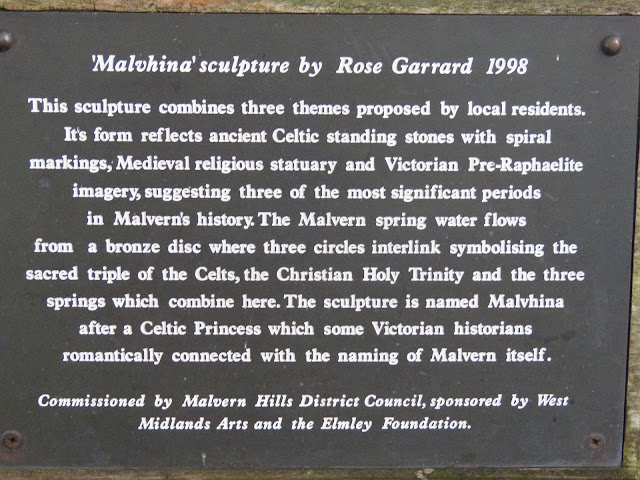 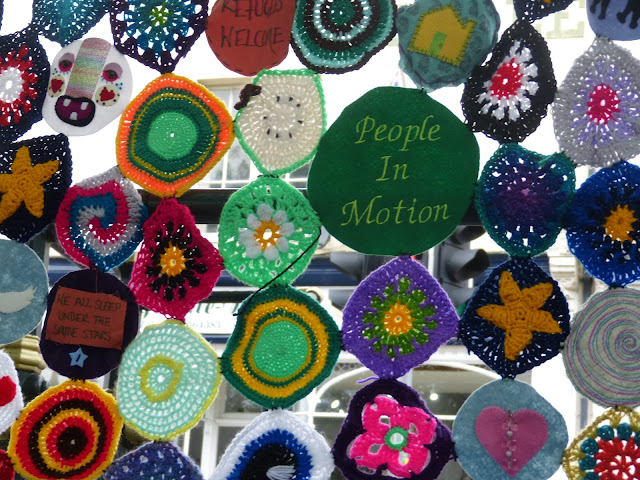 A crochet bomb just above the fountain. 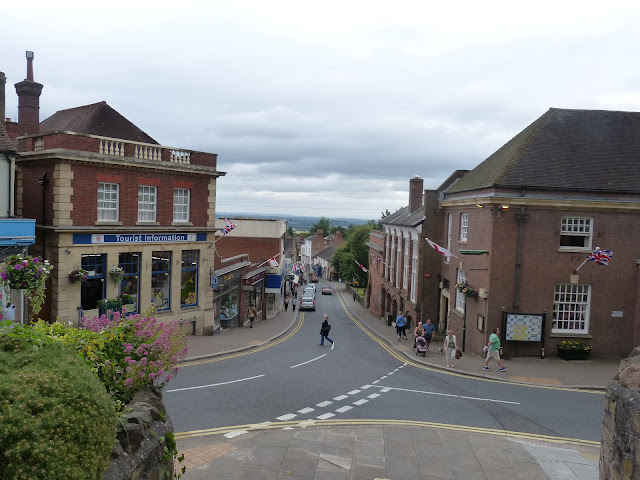 Looking down the hill into the town. 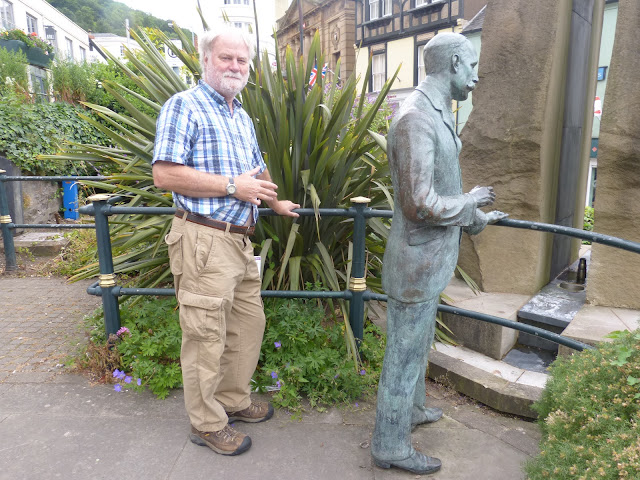 Somehow I don't think I look quite as noble as Elgar. 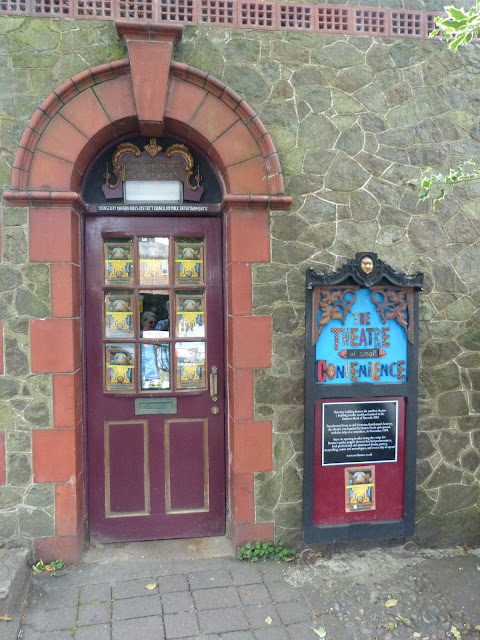 You can read about what was the world's smallest theater here. Apparently it has an audience capacity of 12 and was at one time a gentleman's public convenience. It closed earlier this year. 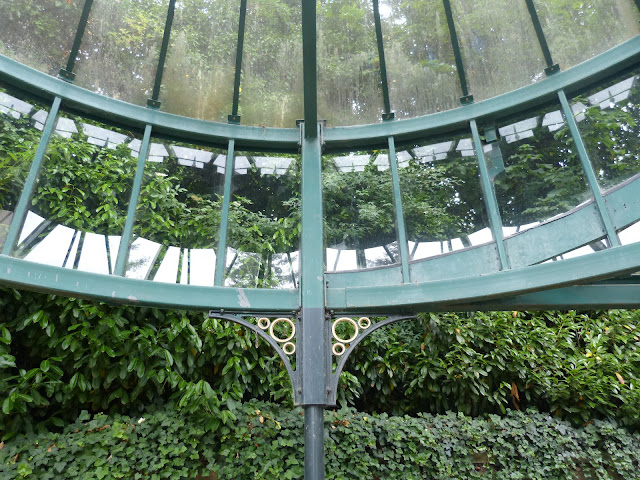 We toddled back to the Waitrose where I got a closer look at the yurt. Its main purpose appears to be covering customers from rain as you enter and leave the supermarket. The camera was waiting for me so I will be using it for the next blog entry.