Worcester lies about 10 miles north of Upton. It's main claim to fame is that Marianne saw her first game of cricket here back in 1974. A few years ago we went back to Worcester and saw another cricket game which you can read about here. 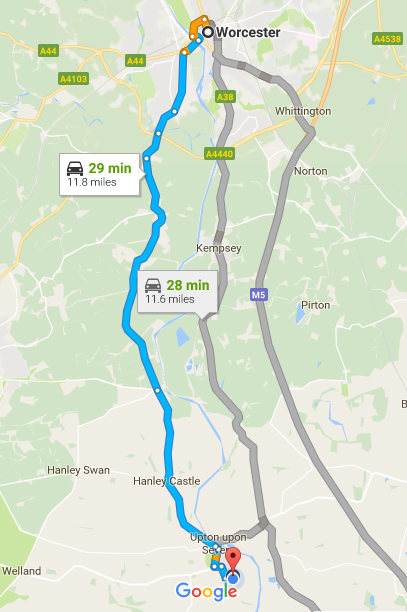 Our nearest large supermarkets are on the southern outskirts of Worcester and we usually drive up the road in the middle of the map. However we tried the western road and it was mostly quiet and peaceful except when we got closer to Worcester. 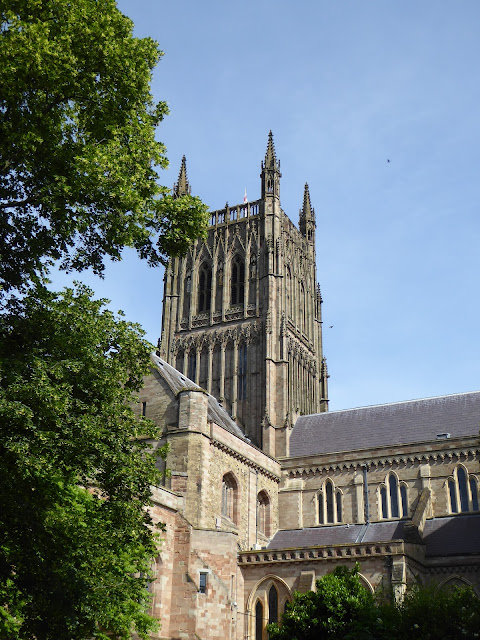 I presume you have realized that there is more to Worcester than cricket and the Worcestershire Sauce which is made locally. By the way, if you read the Wiki article you will find that the US version of the sauce is different from the UK version which is sold in Canadian and Australia.

Worcester is a former medieval city of approximately 100,000 people. Its most famous building is its cathedral and we parked close by. Our friends from Whitby had not been to Worcester for a very long time so this was a must see. 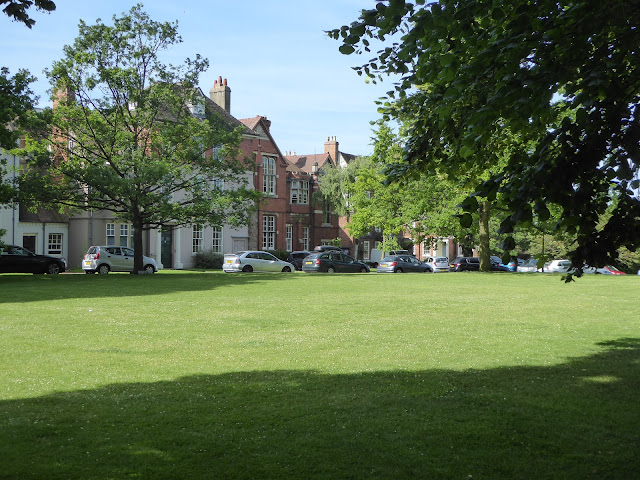 College Green which is next to the Cathedral. 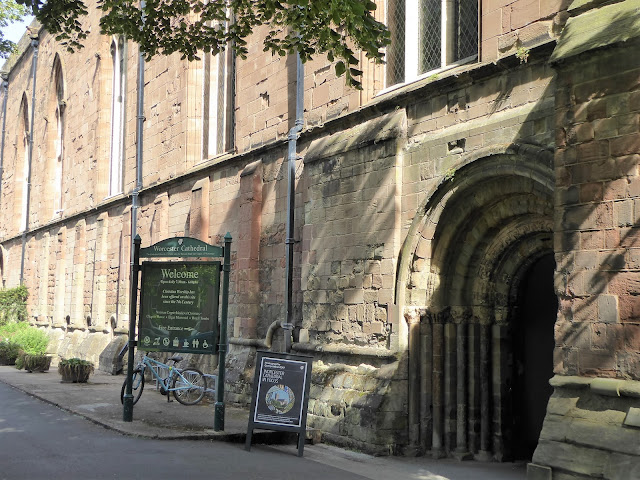 The back entrance via the cloister. 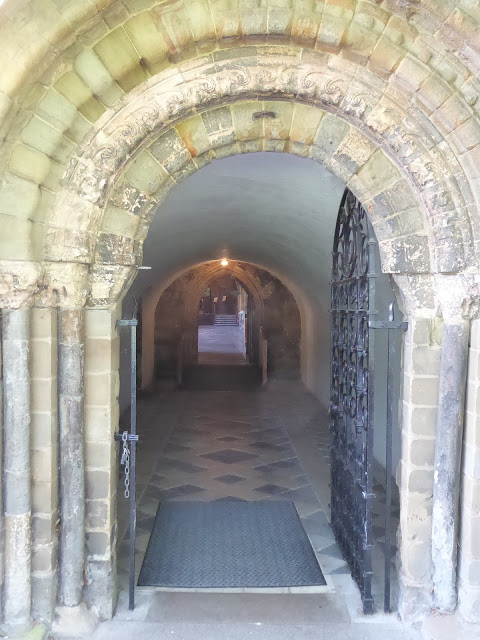 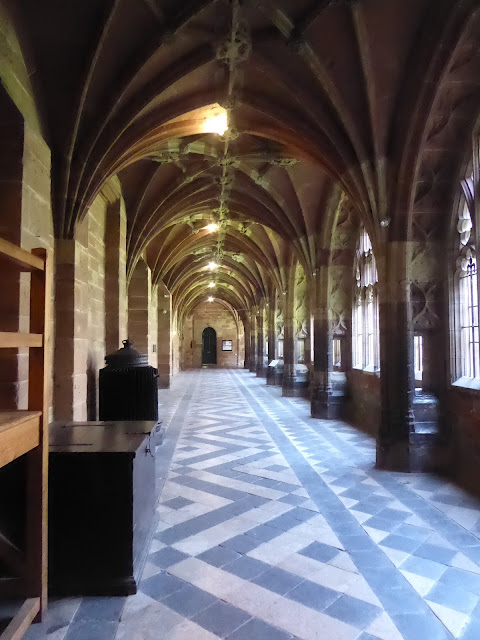 One of the sides of the cloister. 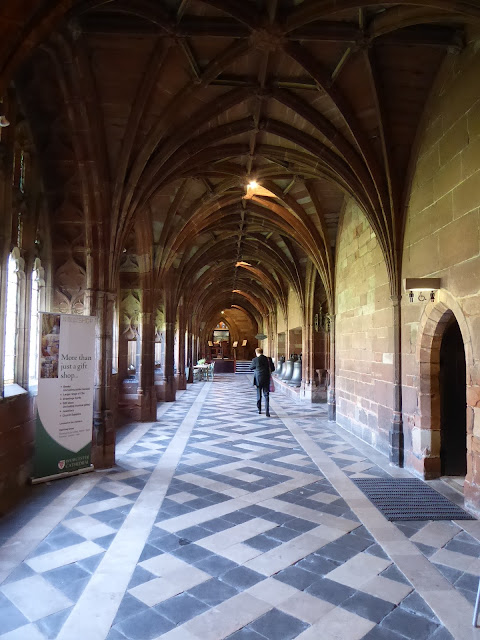 Cloisters are lovely relaxing places. If I were a monk I think I would enjoy strolling around the cloister a few times a day. It would be a good way to do your 10K steps. 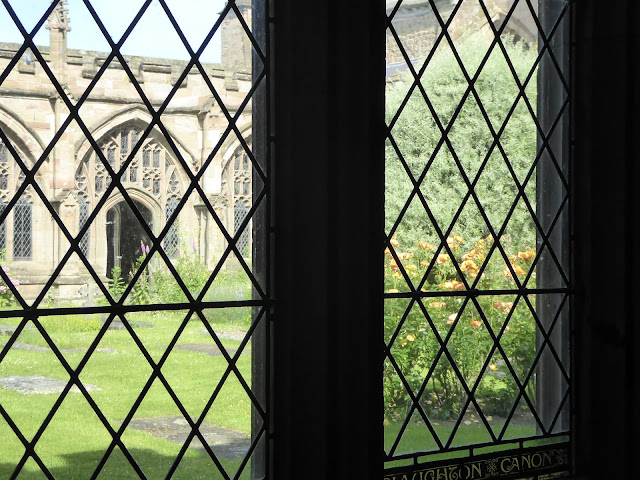 Window on to the uncovered area in the middle. 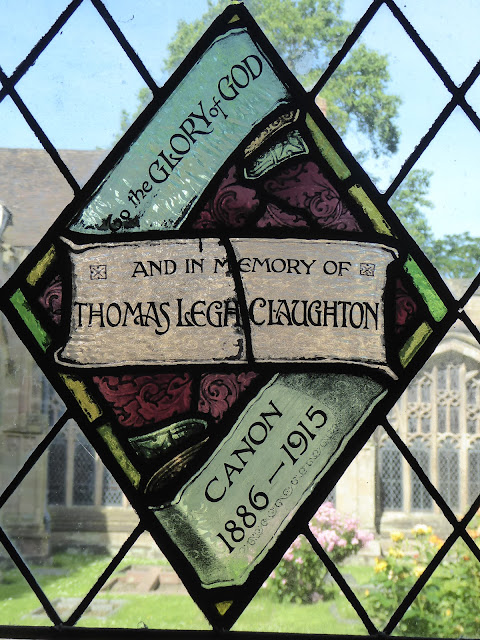 Many of the windows had memorials to soldiers who died in WWI. 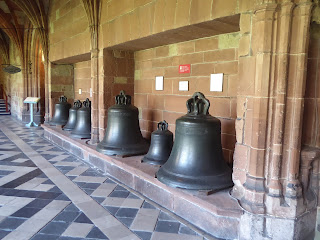 The Cathedral has a peel of 15 bells and for some reason or other has these extra bells on display. I presume they were old bells that were replaced. 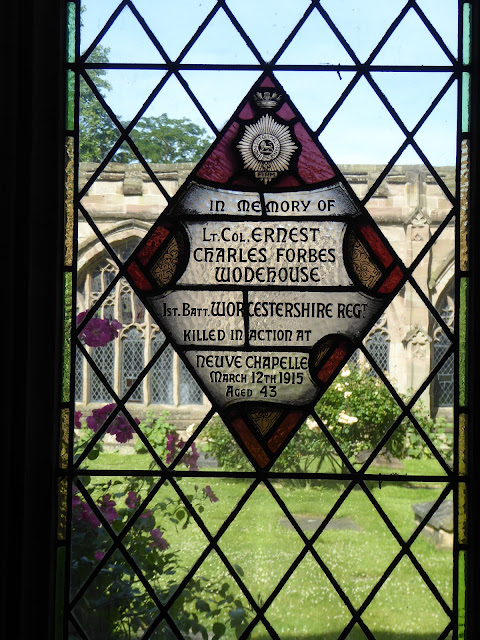 More about this man here. Neuve Chapelle is a few miles west of Lille and you can read about the battle here. 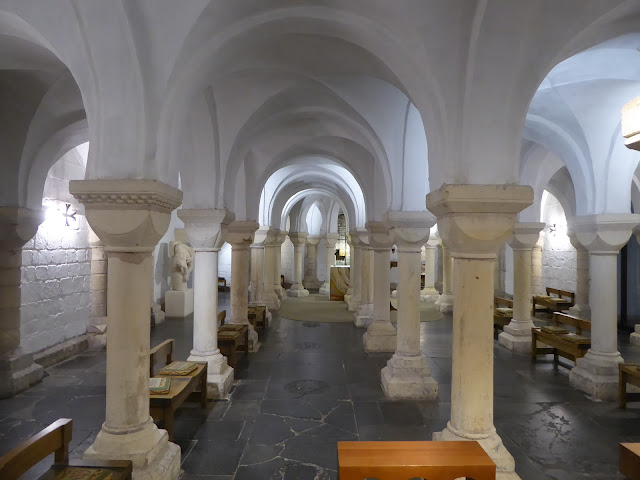 Photography is not allowed inside the church without a permit but I did sneak a photo in the Norman crypt. The Cathedral is worth seeing and it also has the tomb of King John of Magna Carta and Robin Hood fame. 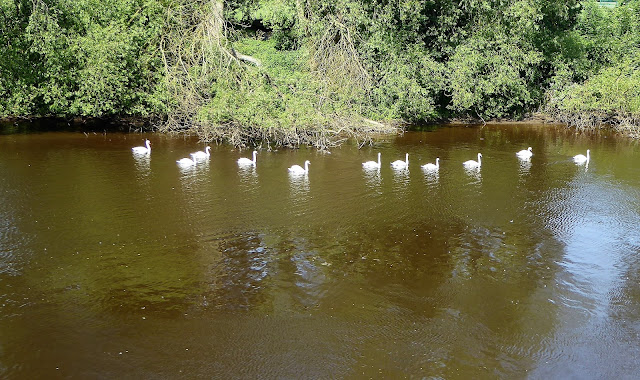 The Cathedral has a wonderful position beside the Severn River and these swans slowly swam by. 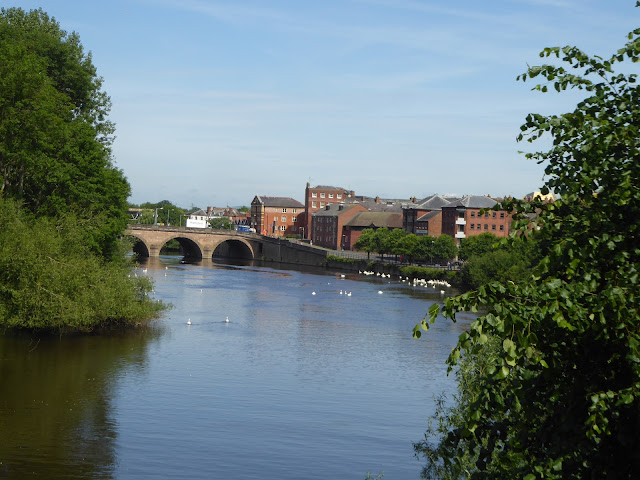 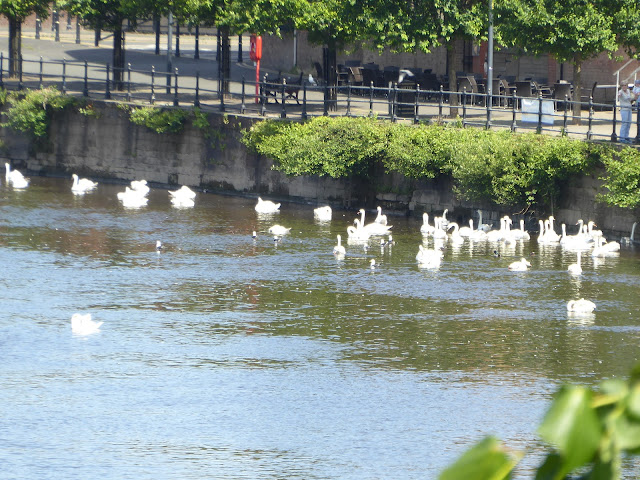 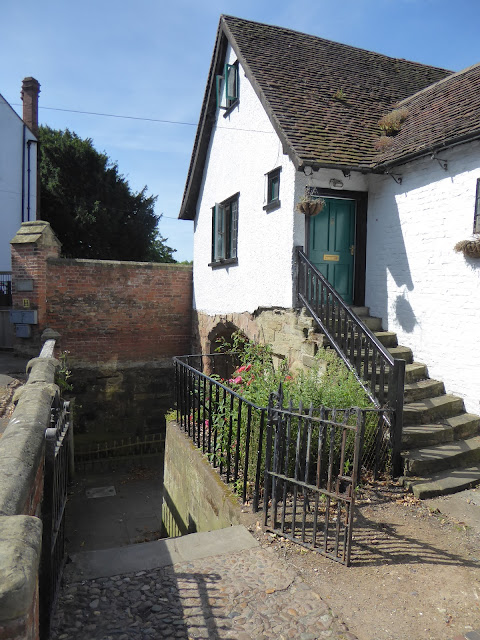 To get to the path by the river you have to go down a flight of steps and go through a tunnel under this house. 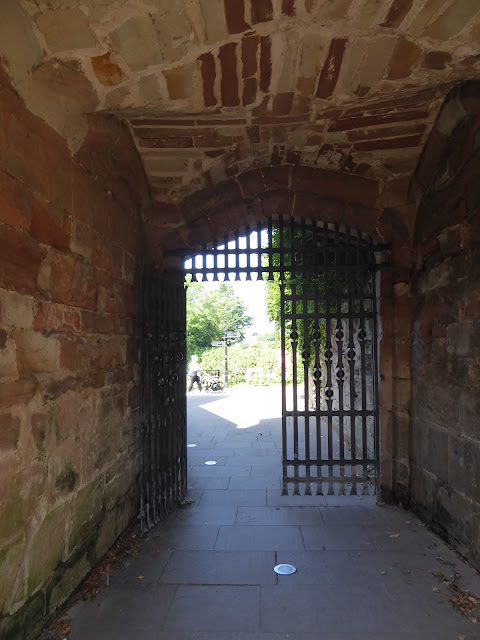 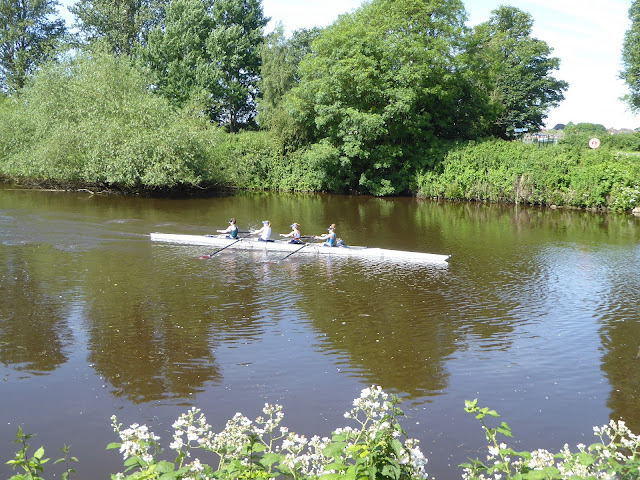 These four young ladies moved considerably faster than the swans. However shortly after I took this photo a group of swans took off from the water and headed down stream which you can see in the following video. 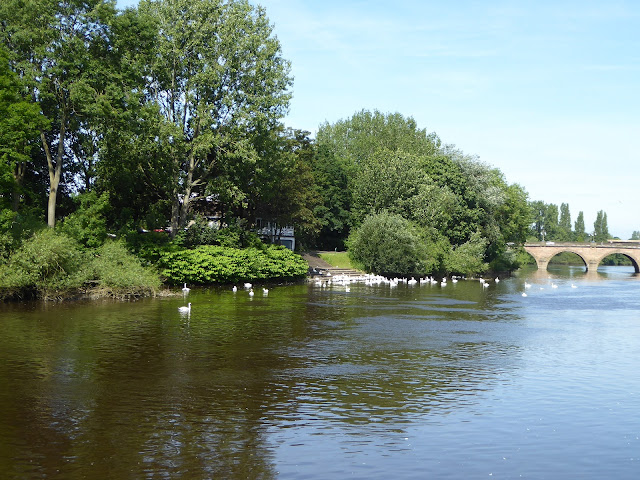 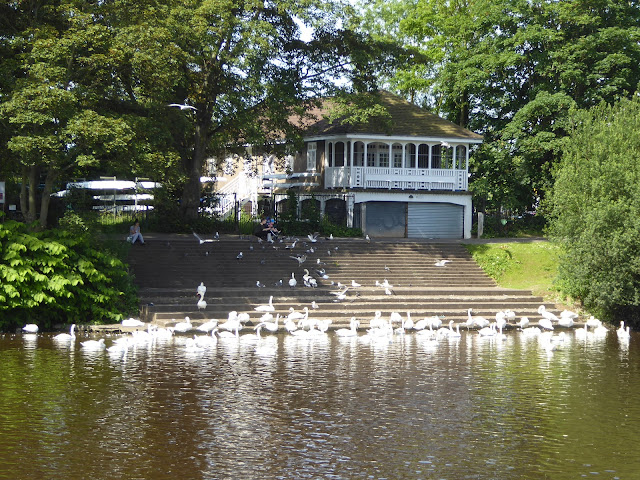 I have no idea why there are so many swans but this facebook page talks about feeding them. 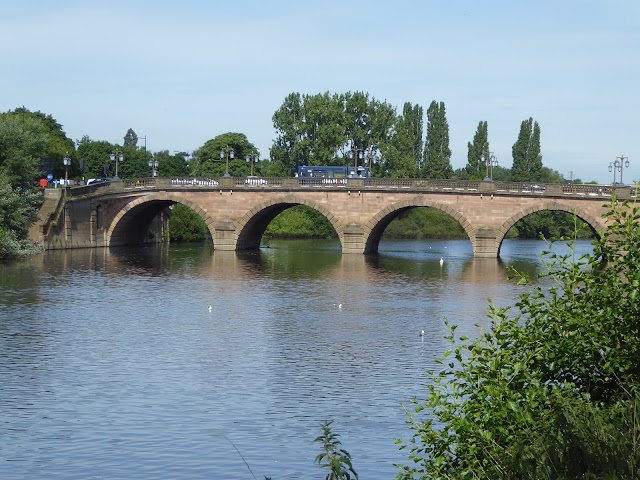 The bridge over the Severn River to the cricket ground on the other side. 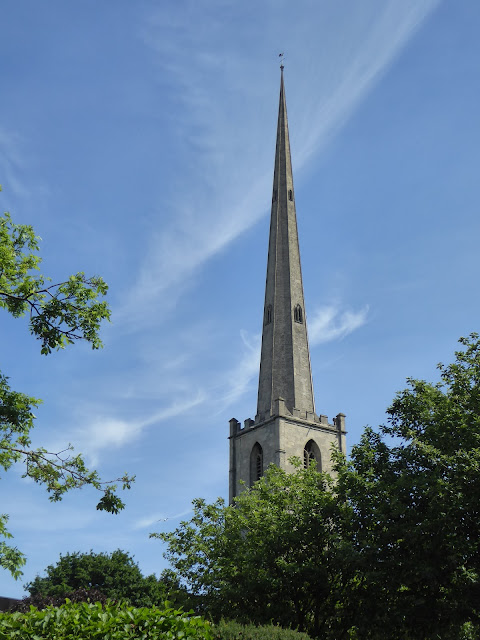 Glover's Needle or St Andrews Spire. The church was demolished in 1949. 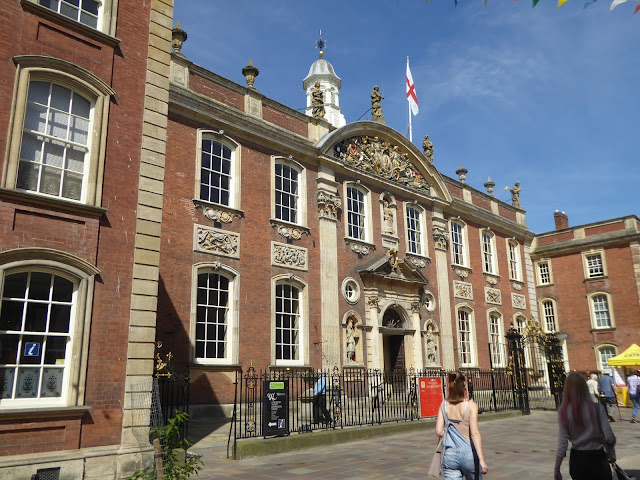 We walked up into the shopping area. This is the Guild Hall and next time we shall go in and take a look. 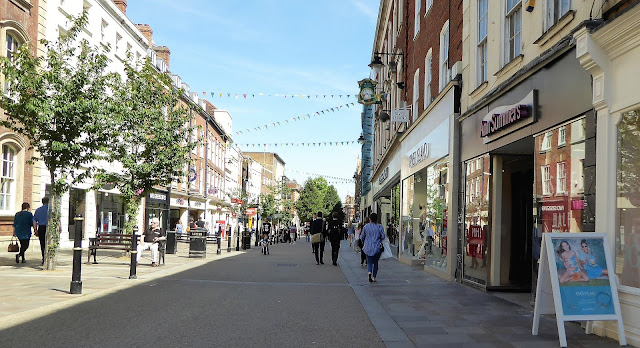 Much of medieval Worcester was demolished by town planners in the 1950s and 60s wich is a great pity. Yes, it made the town look more modern but they lost more than they gained. 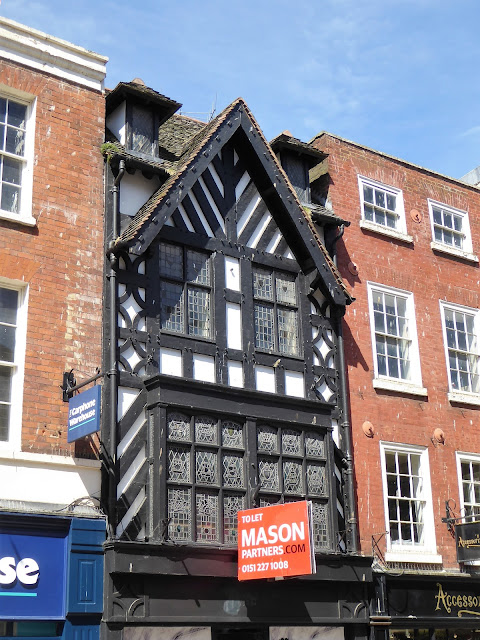 One of the few buildings to survive on this street. 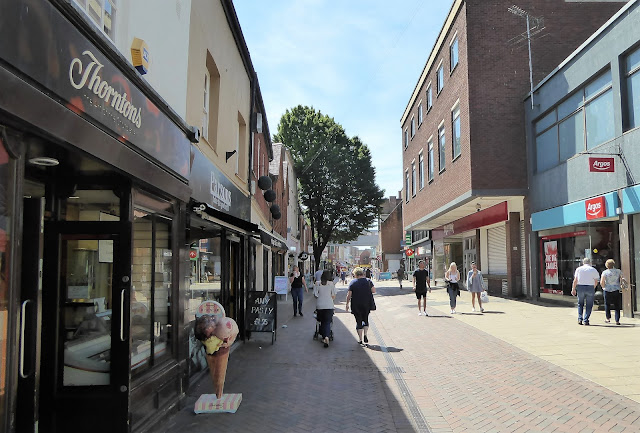 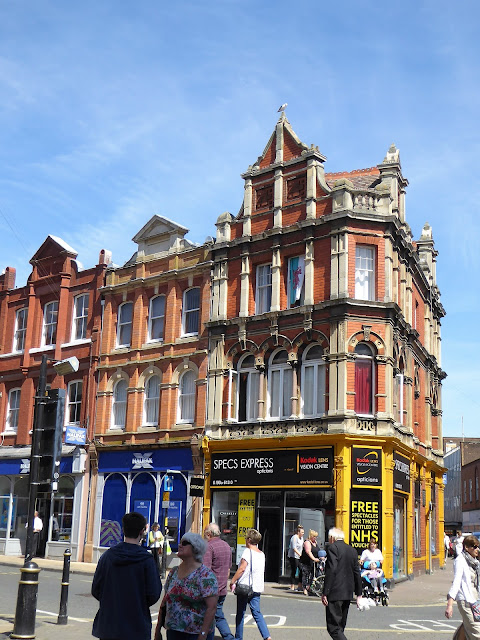 The famous composer Edward Elgar grew up in Worcester and lived here when he was a boy. Click on the photo to enlarge it. 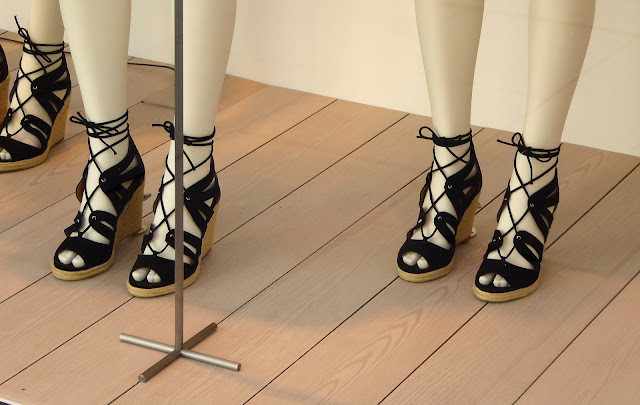 I wonder what Elgar would have thought of these that grace the shop window now. 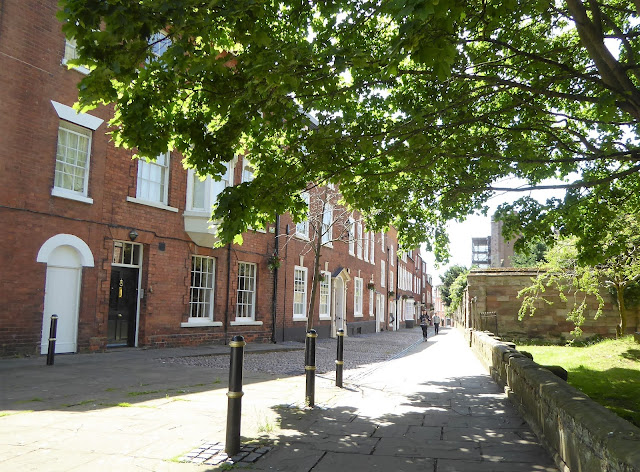 We strolled back to the car park via this lane next to the Cathedral. 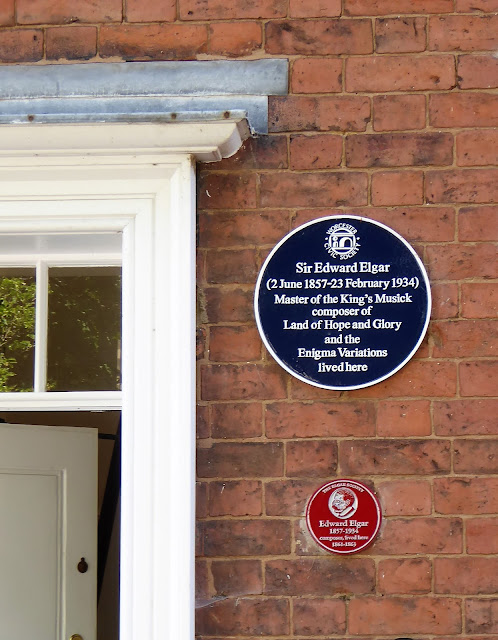 And came across another plaque commemorating Elgar.