You might be surprised to know that not all days in England are bright and sunny with a few puffy white clouds. There are rainy days as well as rainy days with wind, so we spent a quiet weekend cooped up inside. 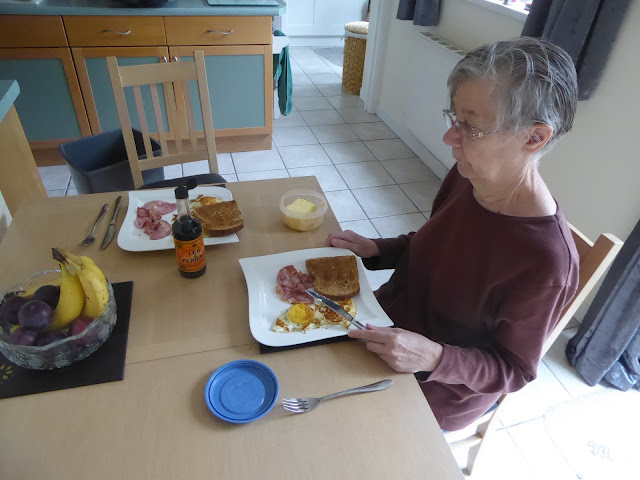 But first, a photo of breakfast one rainy morning where I made bacon and eggs along with toast. It was particularly good with very tasty eggs as well as bacon with plenty of meat. Not the streaky, fatty stuff we get in the USA. The eagle eyed among you have probably noticed the bottle of Worcestershire sauce made only a few miles north of here. 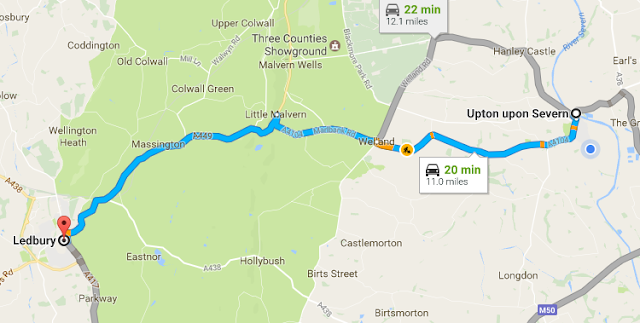 It only about 11 miles but it's mostly slow speed driving over the hills. 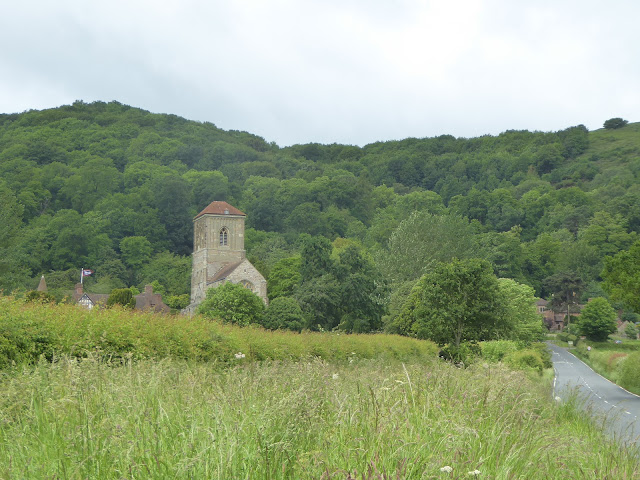 Finally the rain stopped and we headed out to Ledbury, another small market town on the other side of the Malvern Hills from Upton. It's also in the next county Herefordshire.  This church is Little Malvern Priory which we might come back and visit sometime. You can read about it here.

Driving in this part of England is a real pleasure. There is very little traffic compared to the more populous areas of England and there are plenty of hills and curves. However every couple of miles you have to slow down for the little villages. Basically I just trundle along. 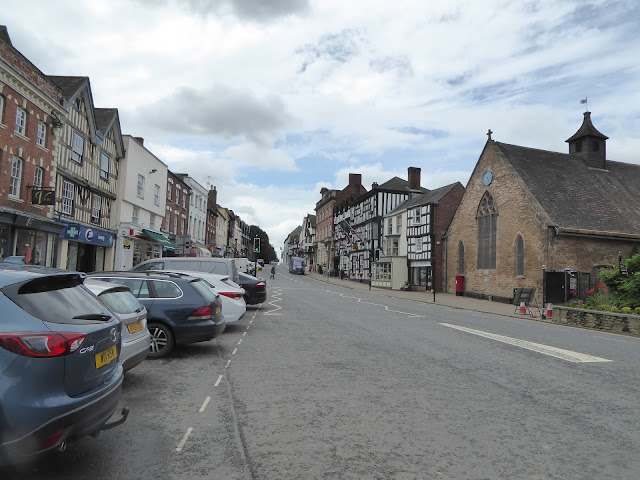 We arrived in Ledbury and managed to get a park. 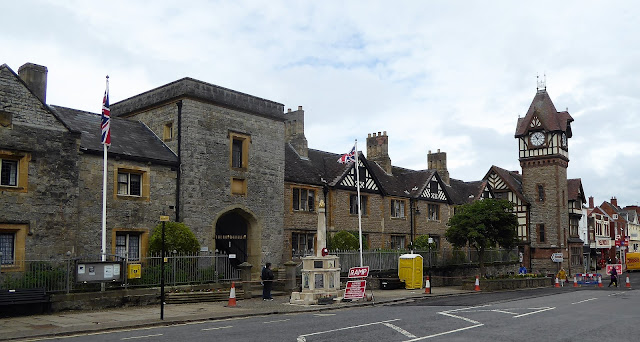 Ledbury has many interesting buildings. 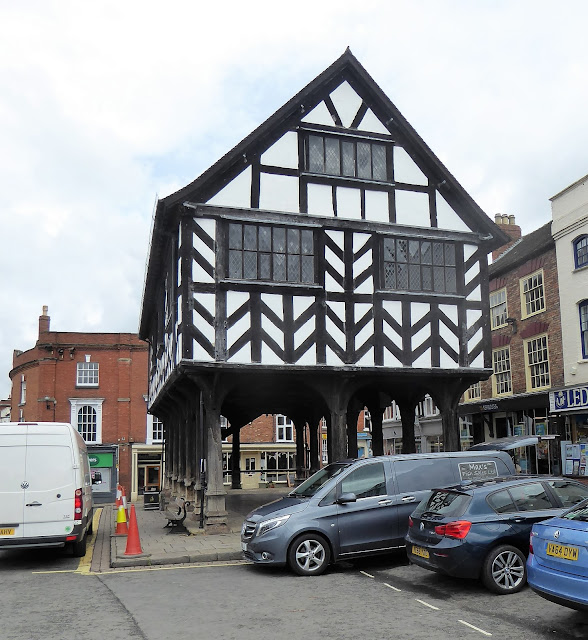 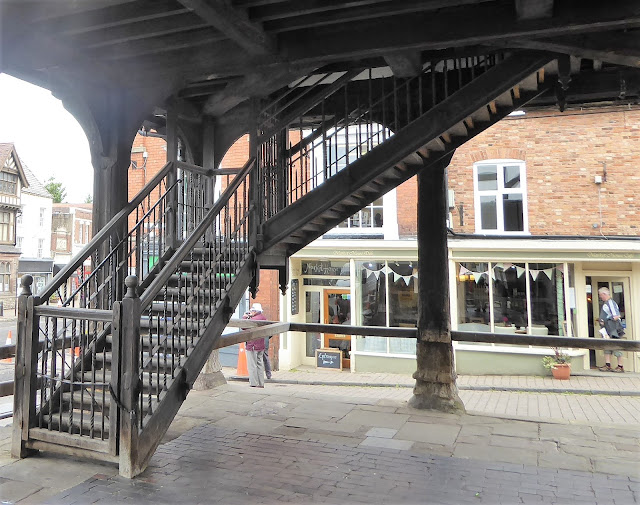 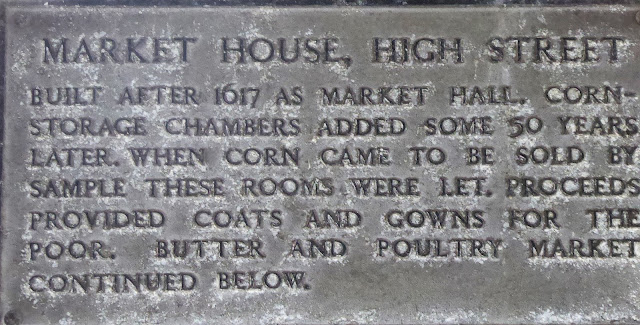 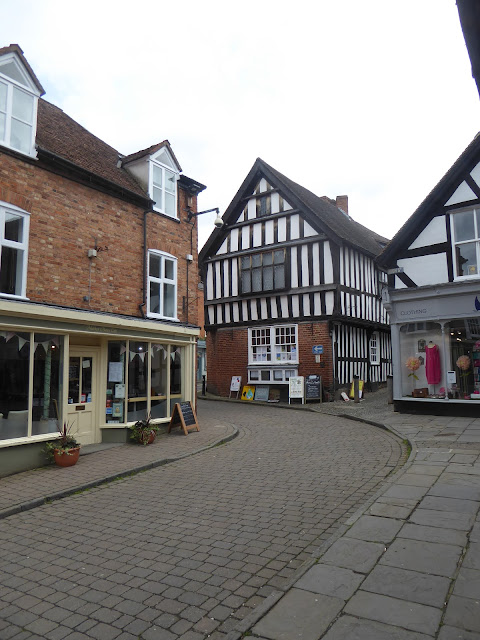 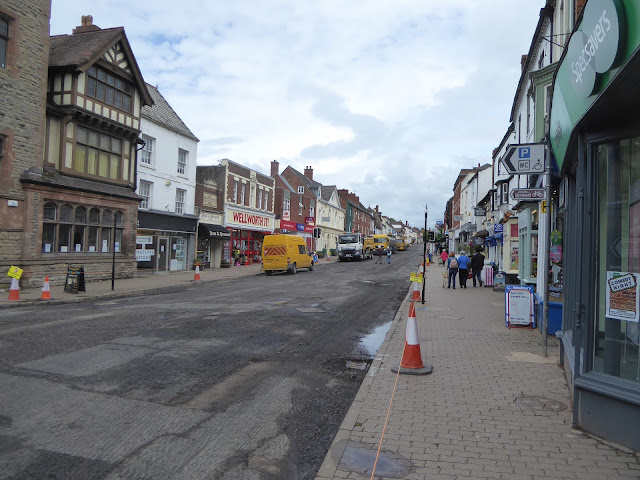 Unfortunately the main street was closed to traffic because it was about to be re-tarred. We think it was actually about to happen in the next hour or so and the town was relatively deserted for what should have been a market day. 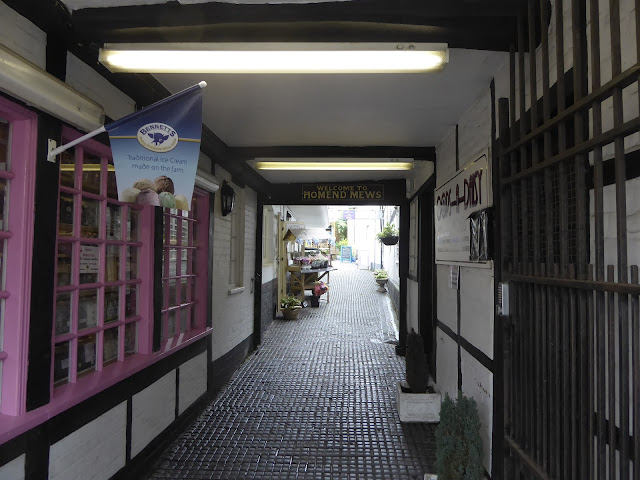 One of the side lane-ways that we should have investigated more. Even though it wasn't raining, it was quite windy and not particularly pleasant. We walked around for a little but decided the Tesco Supermarket was more attractive at the moment. We need to go back on a more pleasant day when Ledbury is looking its best. 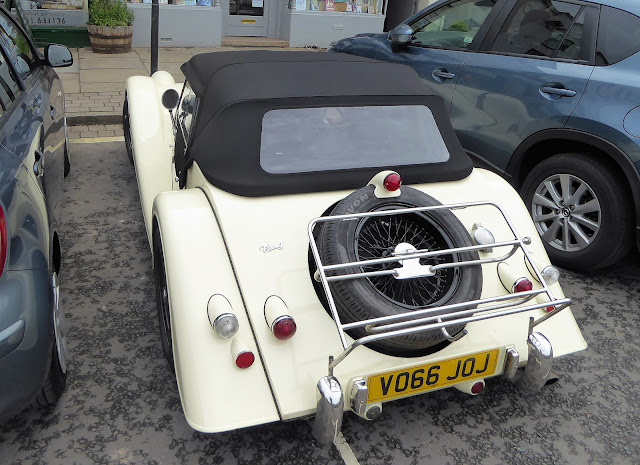 I once had a ride in a Morgan car during the early eighties. It was quite sporty but very bumpy. They are still made here by hand in the local factory in Malvern which is close to Upton.. 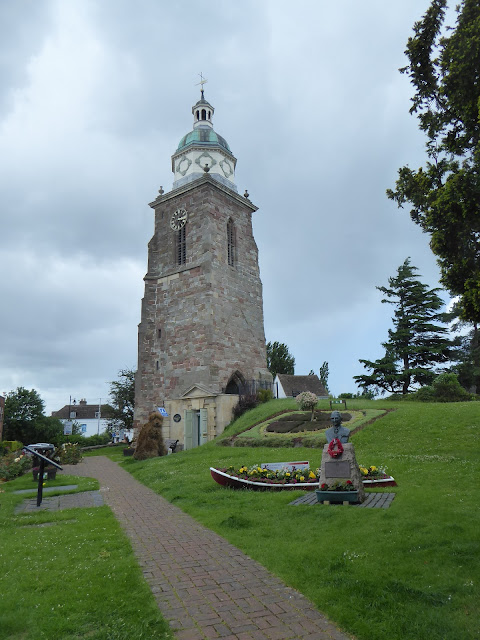 We drove home to Upton and after a nap went for a walk down town. Here is the Pepperpot which used to be a church. 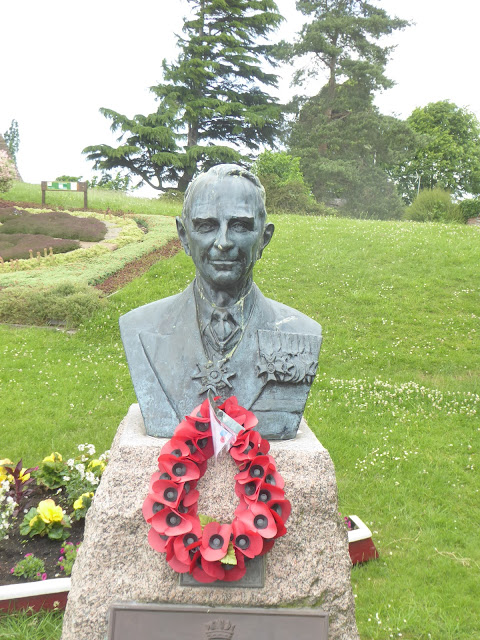 Beside the Pepperpot is this bust. You can read more about this interesting bloke here. 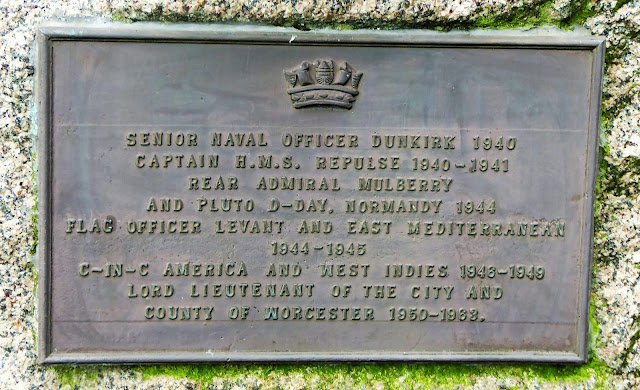 Curiously, his name is not mentioned. William Tennant was born here in Upton. 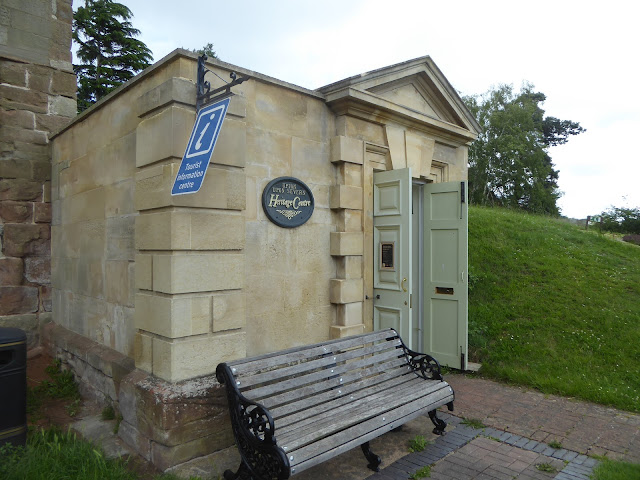 The Tourist Office at the foot of the Pepperpot. The lady inside who was answering questions was very friendly and knew our exchange family. 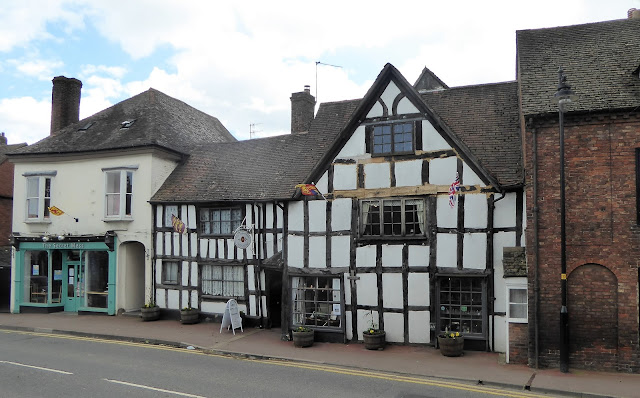 Of course the English know that not all days in England are rainy with wind. There are bright and sunny days with a few puffy white clouds. 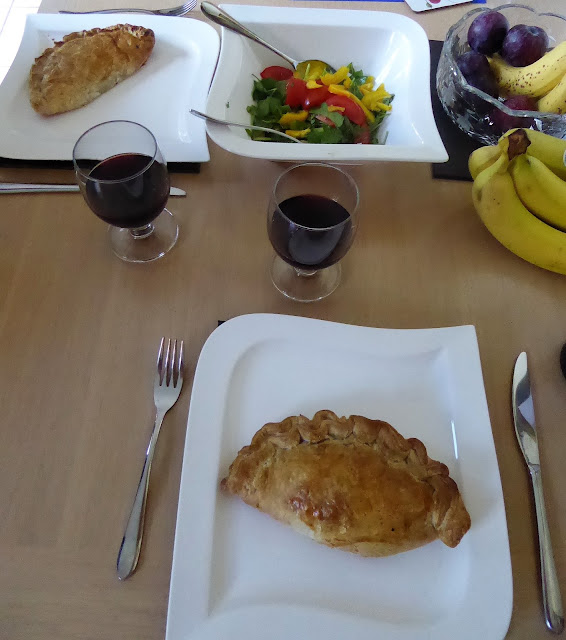 Since some of you like food photos, this was dinner tonight which we ate indoors because it was still windy outside. This is a pastie with pheasant meat that we bought from a butcher in Ledbury. The pastry was good but the insides were a little tired since we suspect from the price that they were left over from the cold wet weekend. It cost just one pound.