Brisbane to Maryborough by Tilt Train

Since I love to travel by train, I try to do some sort of train journey each trip. It suited us to hand our rental car back in Brisbane and then take the train to Marybough where we could connect to a bus that would take us to Urangan where we are doing a house exchange for five weeks. 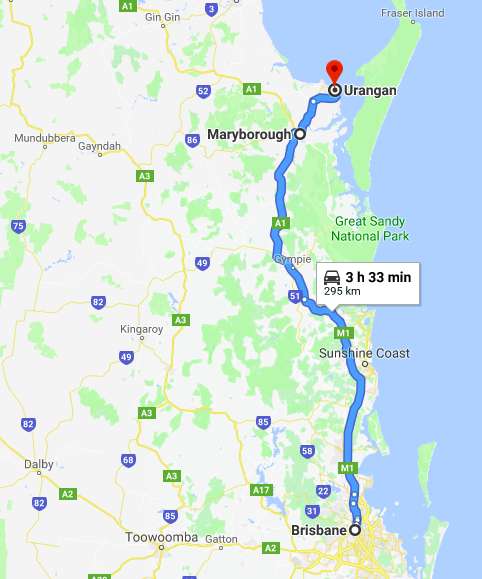 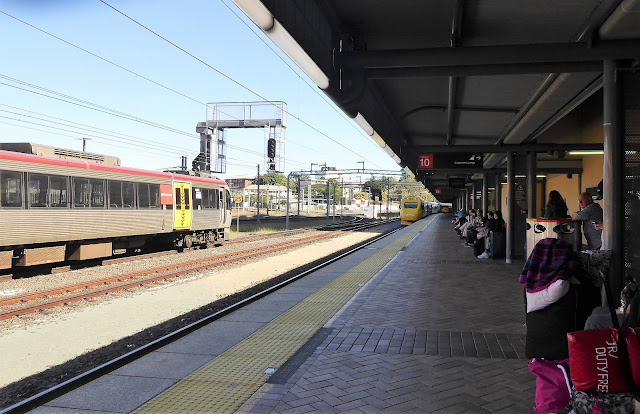 Passengers waiting for the train at Roma Street Station in Brisbane. Our train can be seen at the far end of the platform. 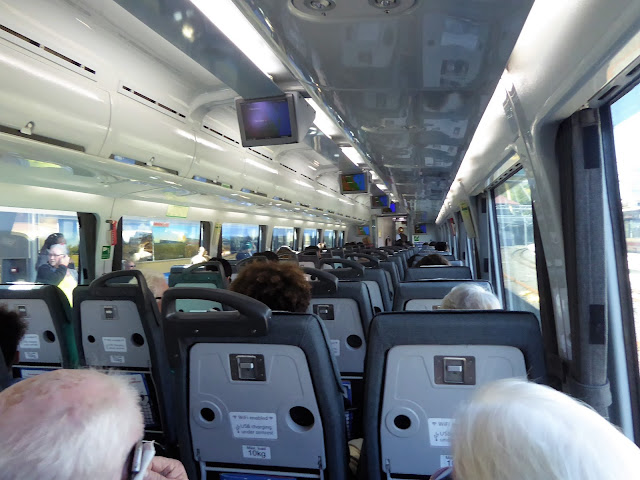 Inside our carriage. The train is known as a Tilt Train since it tilts as it goes around bends. Queensland Railways use a 3'6" gauge track system. Most of the seats were filled. 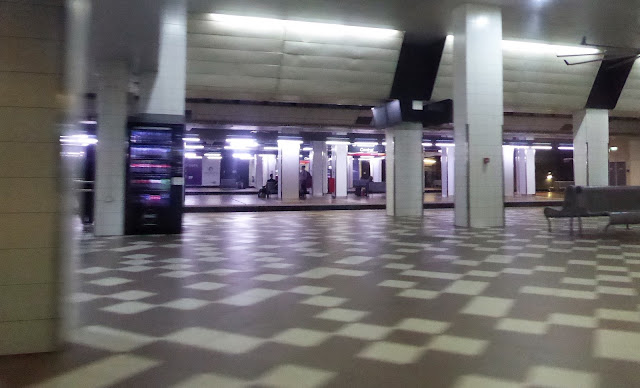 The train set off on time and shortly we were passing through Central Station. 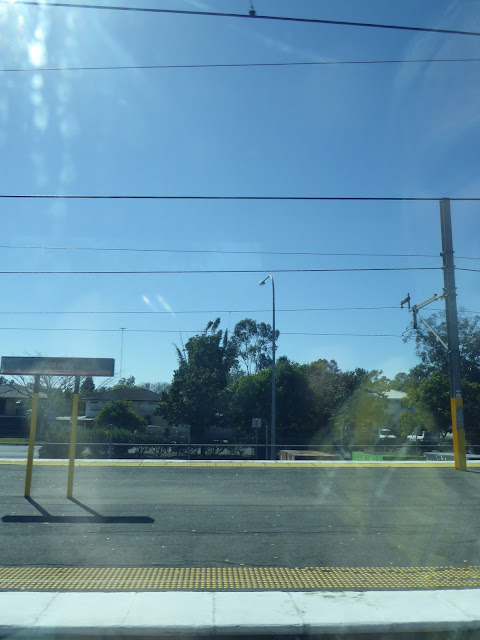 Bald Hills Station in the northern suburbs of Brisbane. 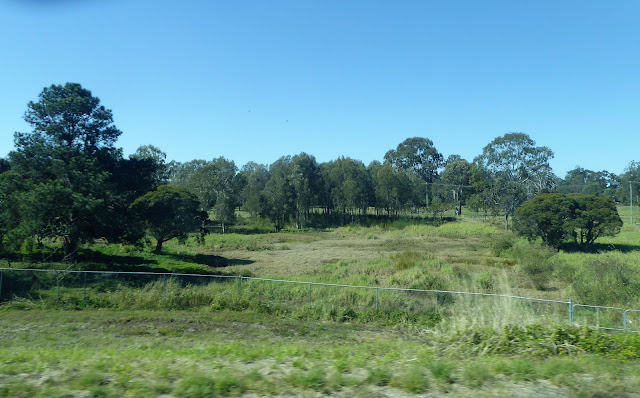 Surprisingly, the vegetation was green, quite a change from the brown we had been viewing during the rest of our trip. 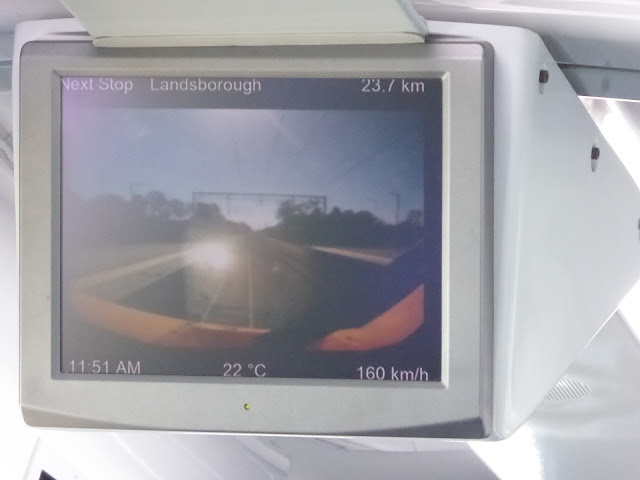 My father worked for the railway as a Civil Engineer responsible for maintenance of the track and bridges etc. He would have been amazed to see a train travelling at 100 mph. 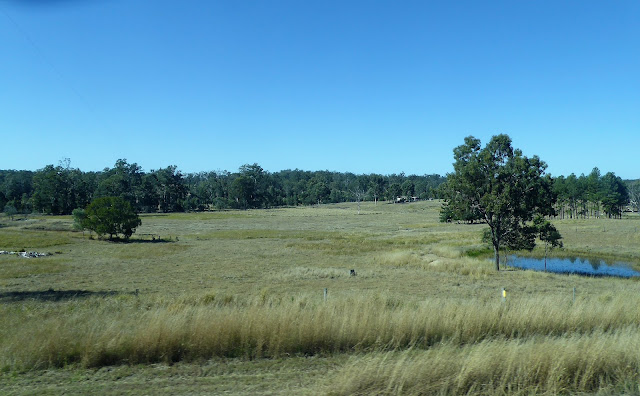 Some drier vegetation, quite usual at this time of year in Queensland. 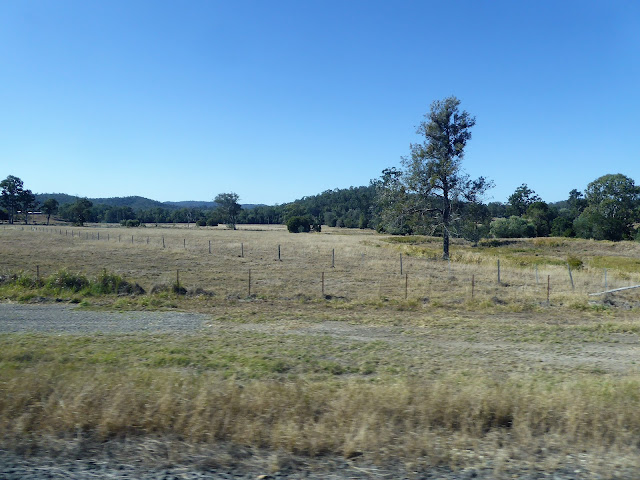 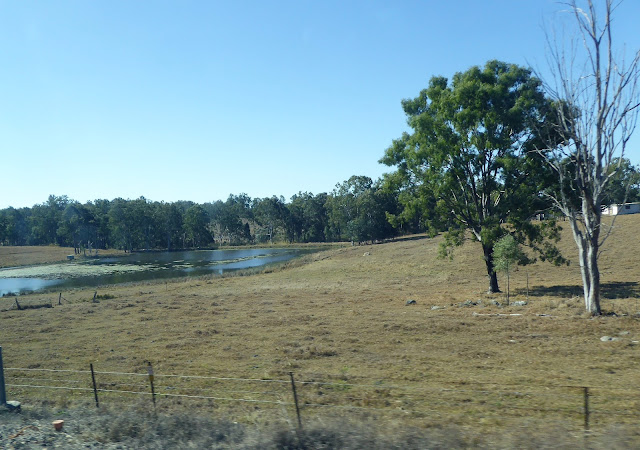 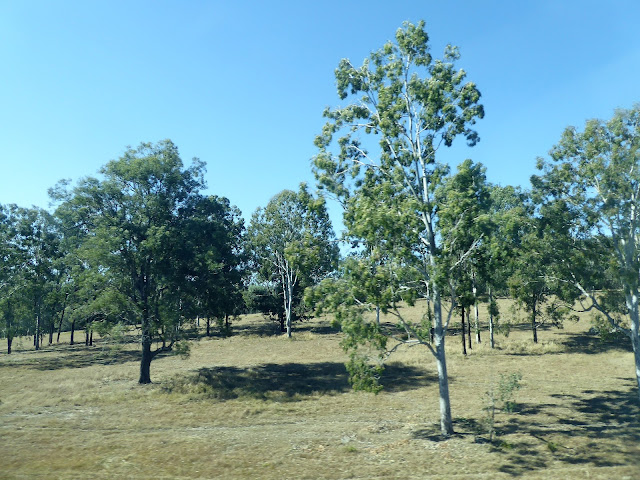 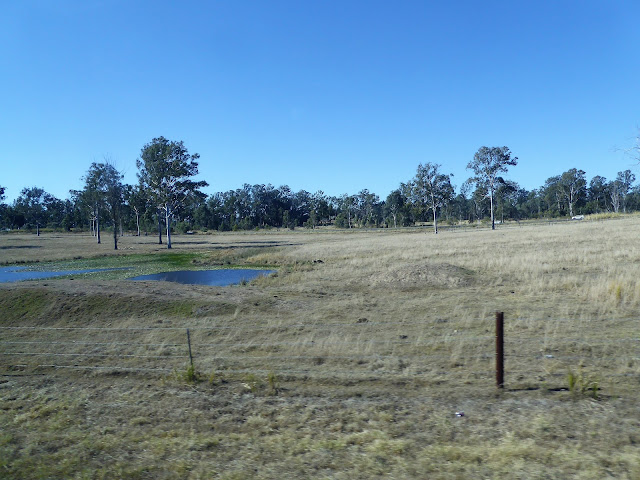 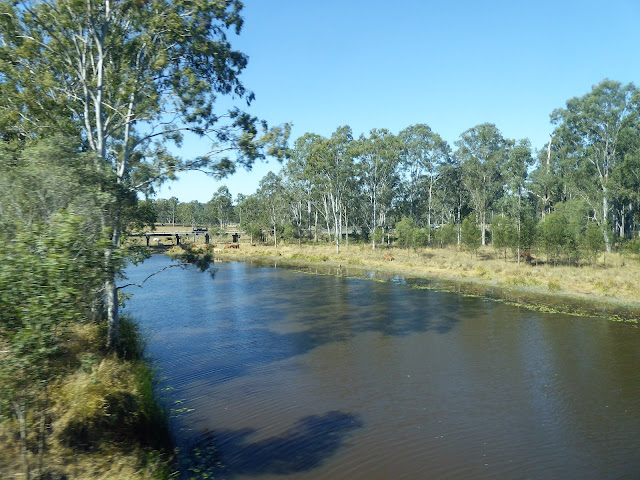 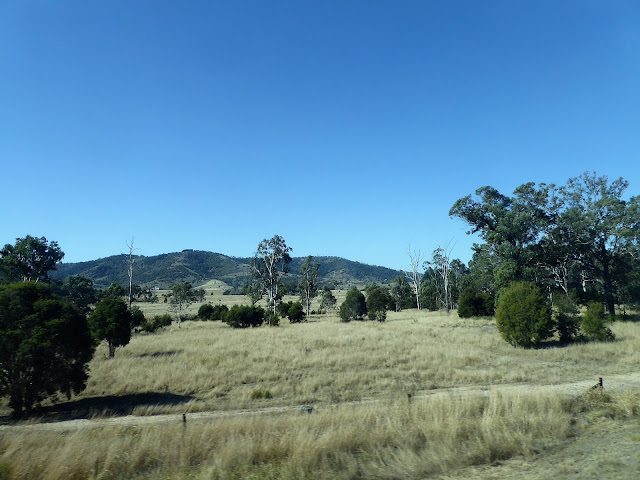 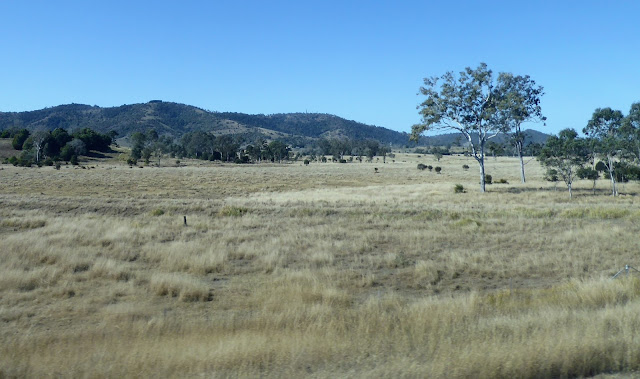 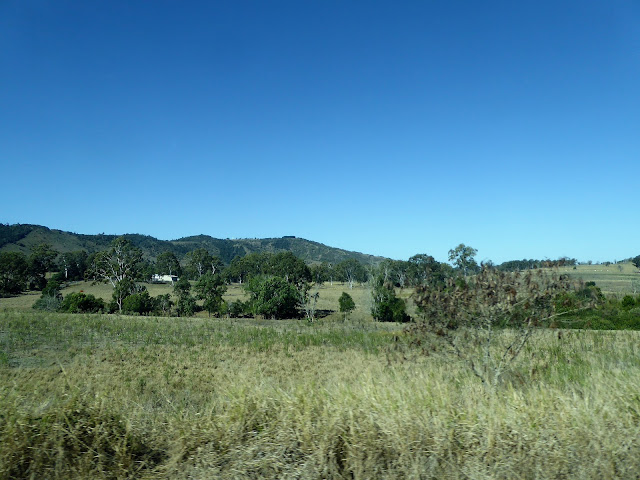 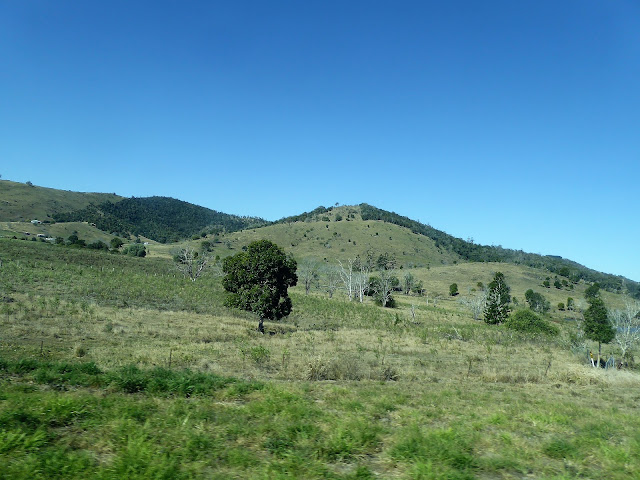 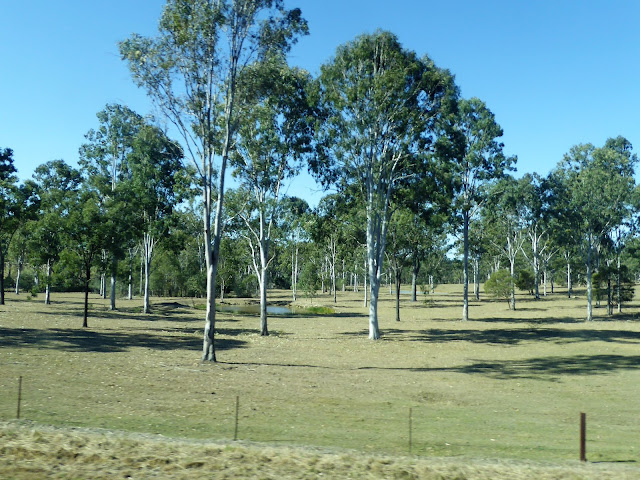 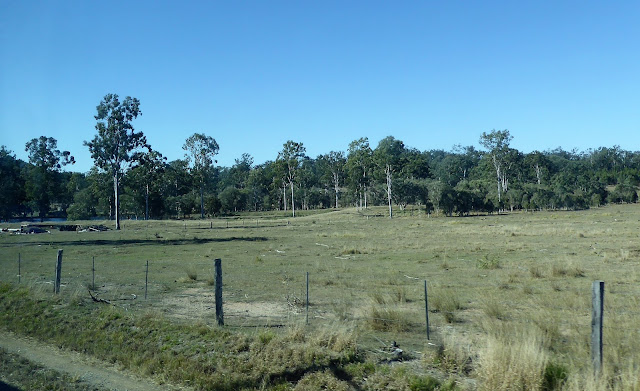 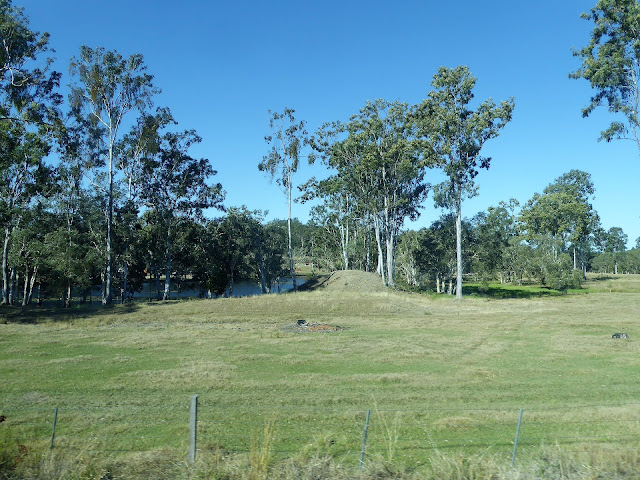 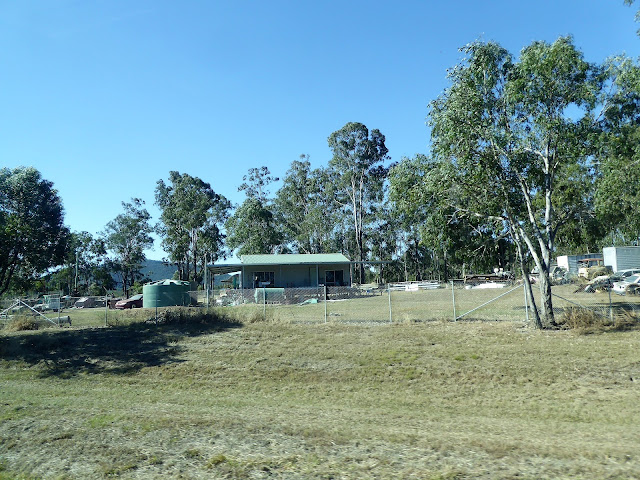 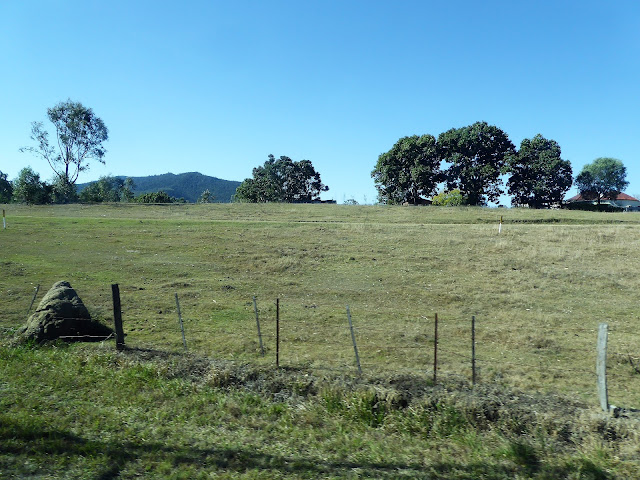 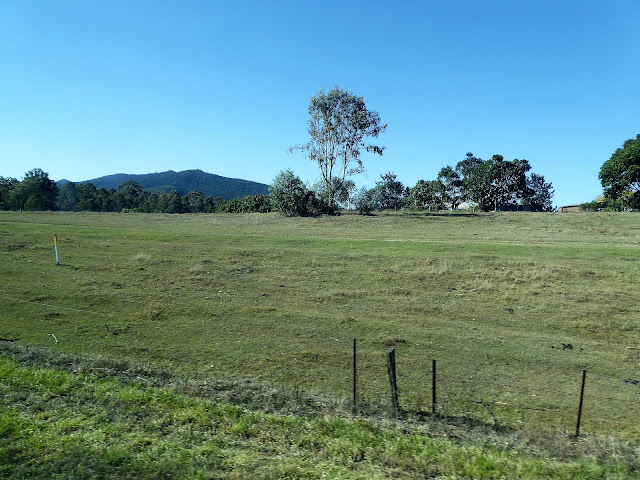 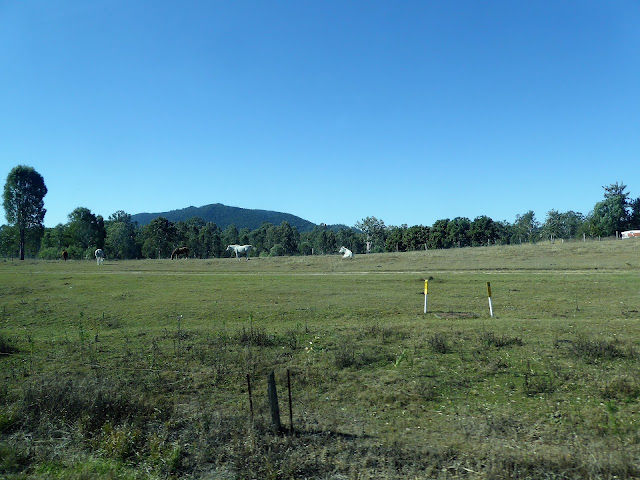 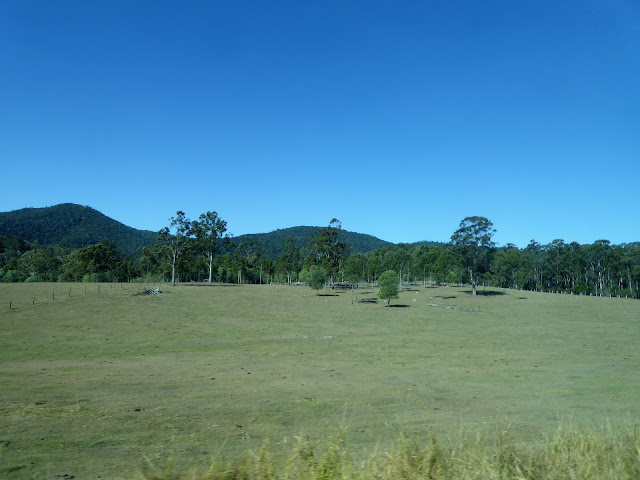 If you have ever eaten Macadamia nuts, Bauple Mountain is reputably where the nuts came from originally but I am sure other areas make that claim as well. Locally they were known as Bauple Nuts. 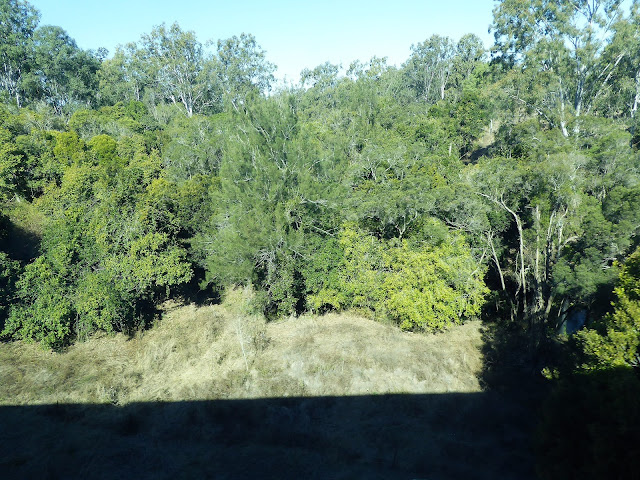 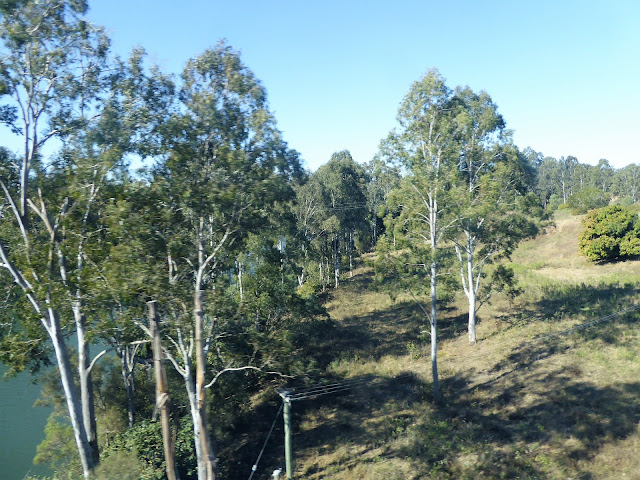 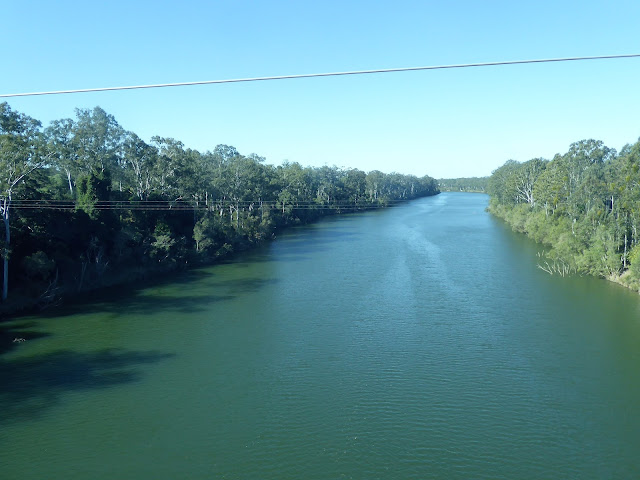 We crossed the Mary River shortly before getting off the train at Maryborough West Station. Trains no longer go into the center of the city. The bus to Urangan was waiting and it was interesting to do a road journey by bus that I had always done by car.

It was a pretty good trip. However the train is continually speeding up and then slowing down every few miles. There are so many speed restrictions that most of the journey is traveled at 40 mph or so. Back in the 1960's I would do the train trip a few times a year traveling back and forth to University. If you were lucky, the trip took only 7.5 hours.