Back in 2010, my friend Geoff and I stayed a couple of nights in Nambucca Heads. If you are interested you can read my old blog entry here. This time, Marianne got to see the place. 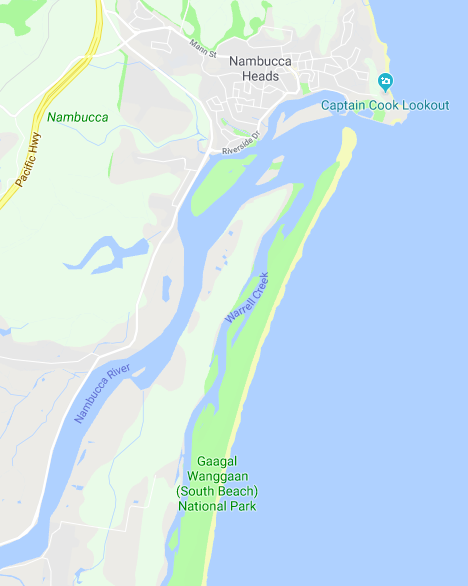 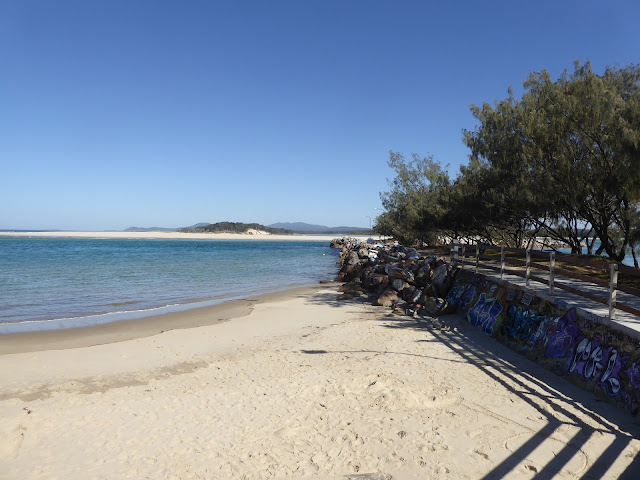 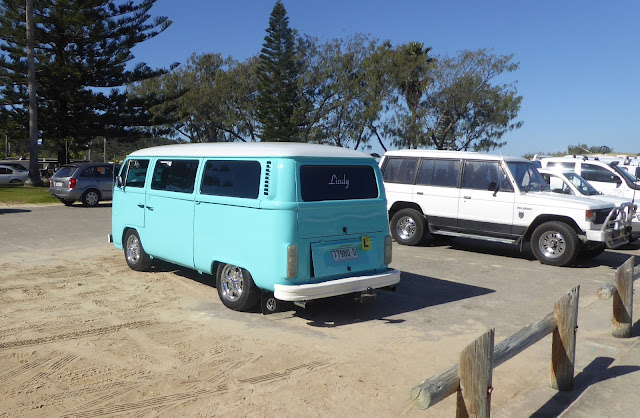 It was a weekend and a VW club was holding a meeting. There were old VWs everywhere. 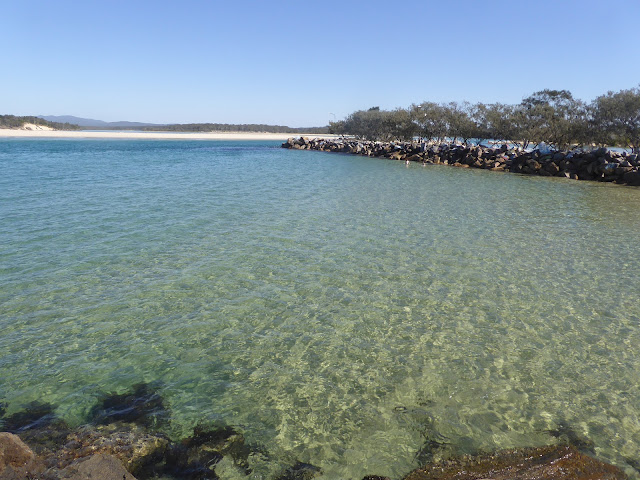 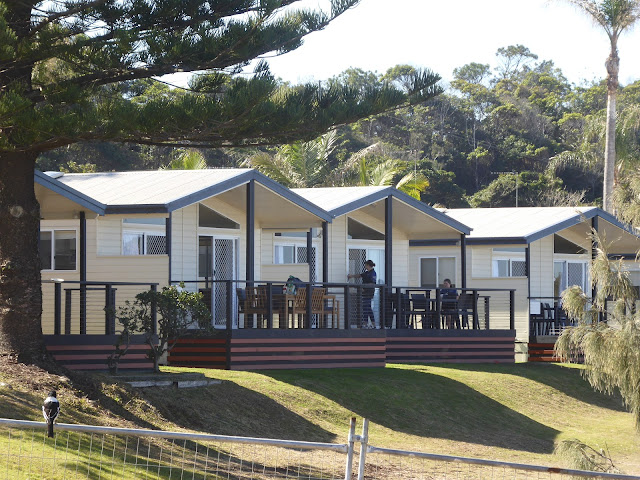 Holiday cabins for rent by the sea. 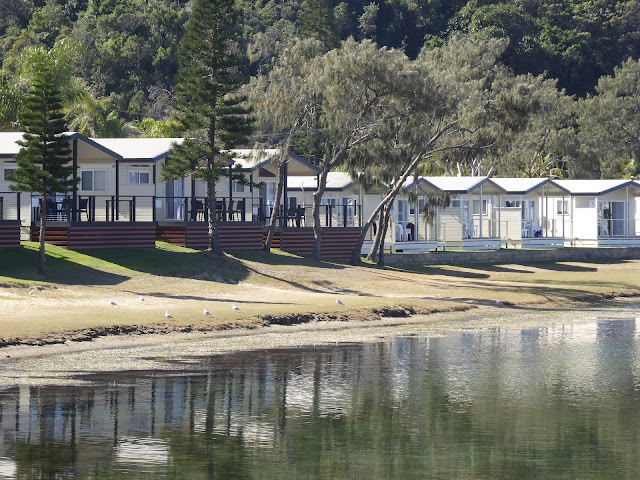 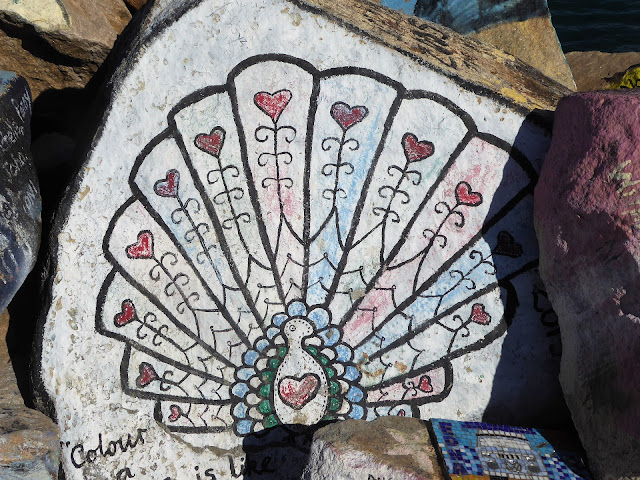 We walked along the concrete breakwater that forms the northern side of the entry of the Nambucca River into the ocean. Most of the rocks have been painted and it was interesting to see what new paintings had appeared in the past eight years. 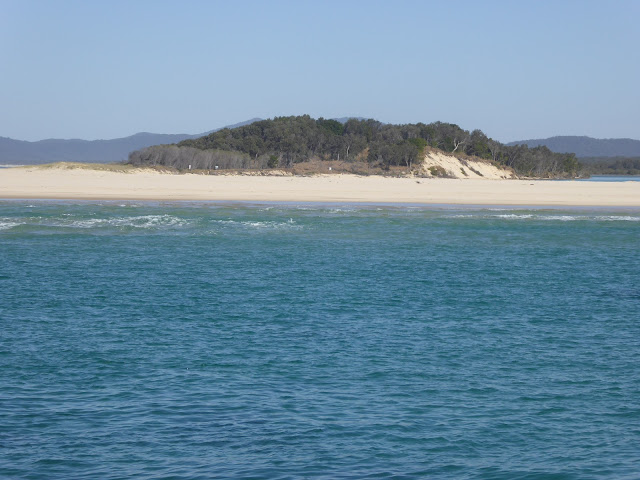 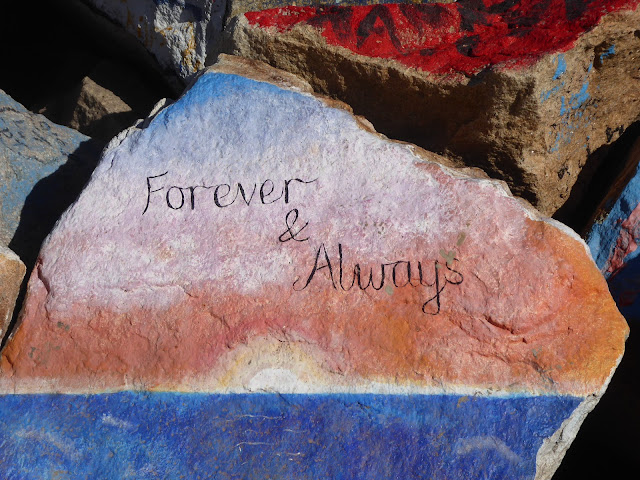 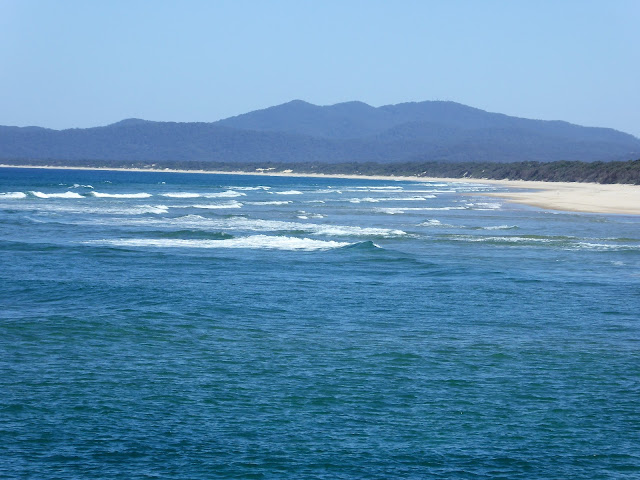 The deserted beach south of the river. It's part of a National Park. Camping is apparently allowed, but not building. 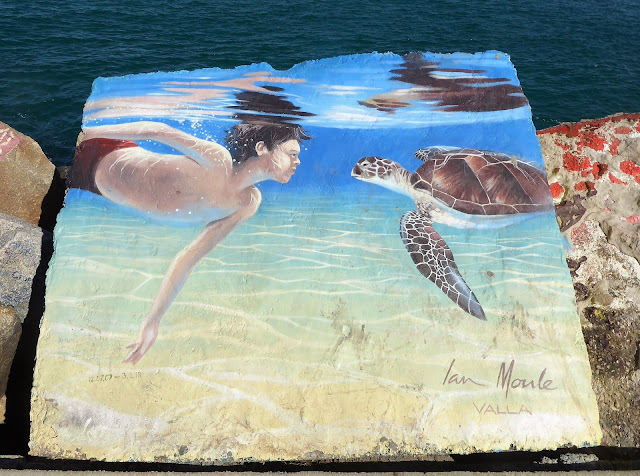 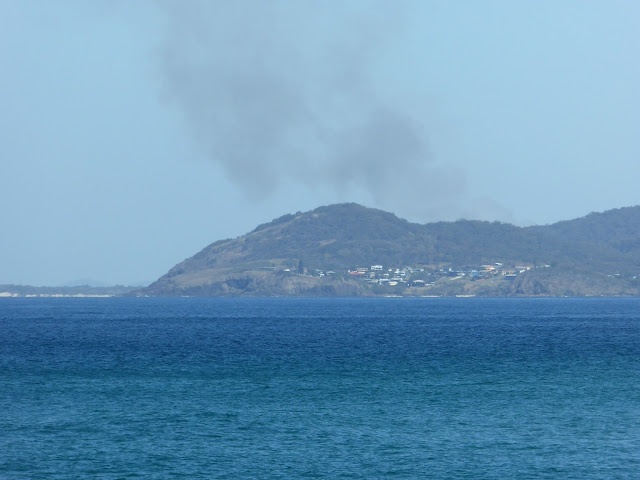 Scotts Head in the distance with some smoke from a burning off operation. 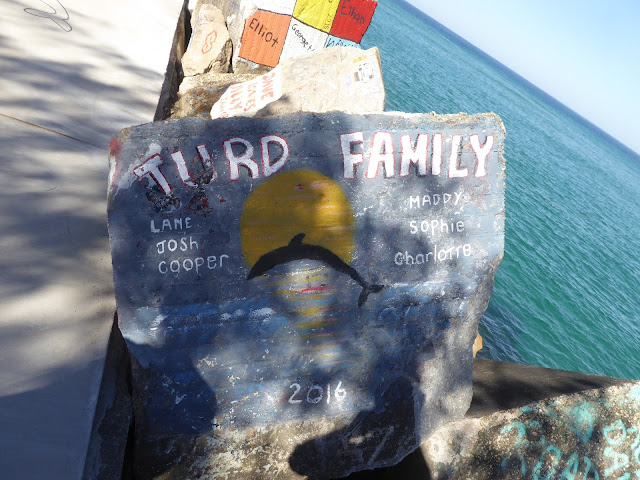 I looked up the White Pages and there does not appear to be a Turd family. I think they forgot their daughter Ima. 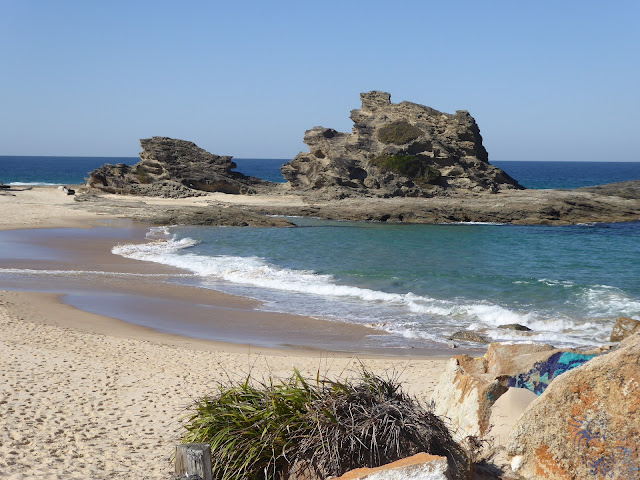 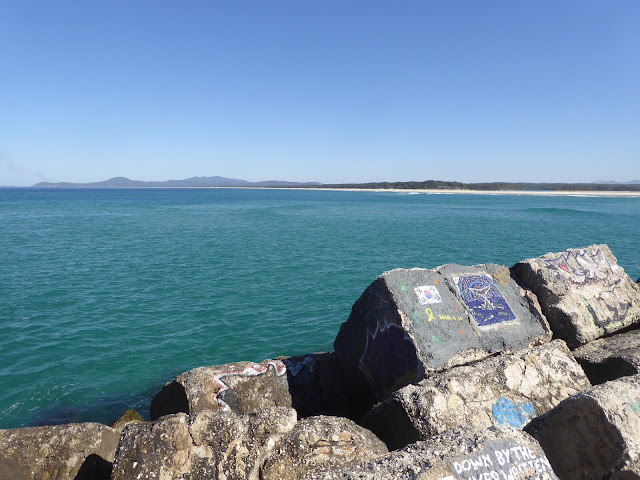 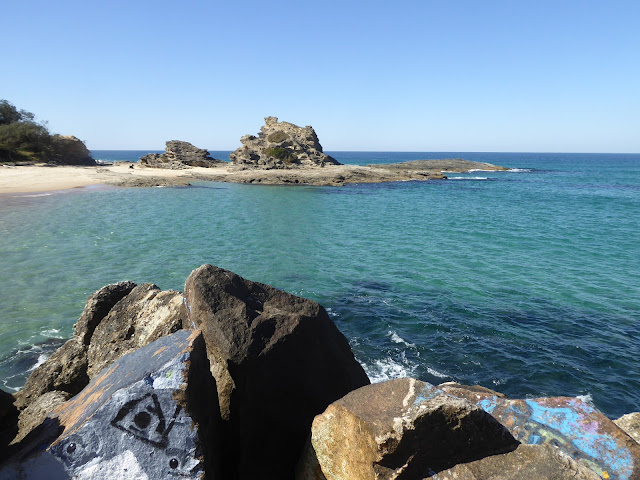 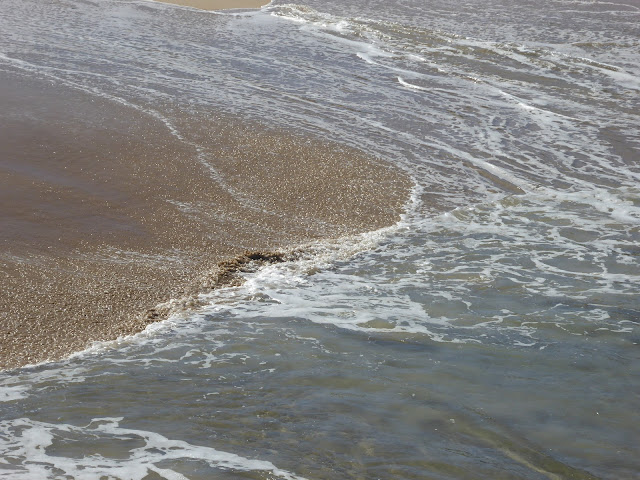 The waves wash in quite gently.

You can watch the wave here. 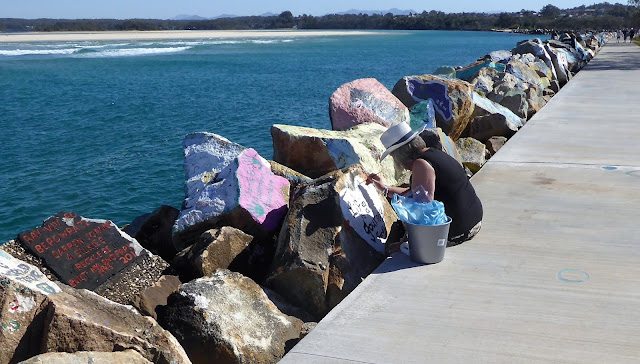 Another rock is painted. 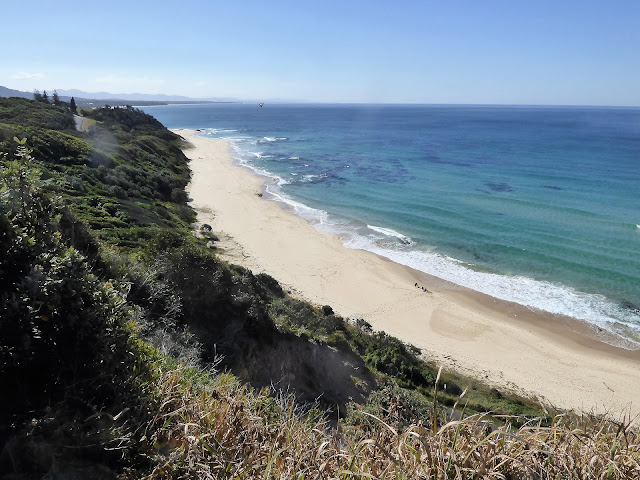 We then drove to Captain Cook Lookout. 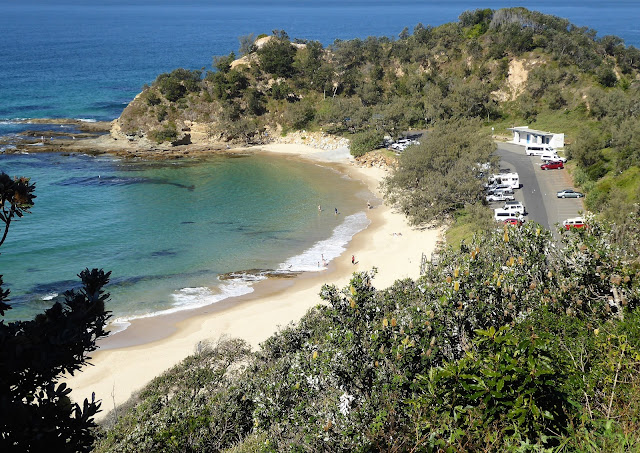 There certainly is no shortage of lovely beach in the area. 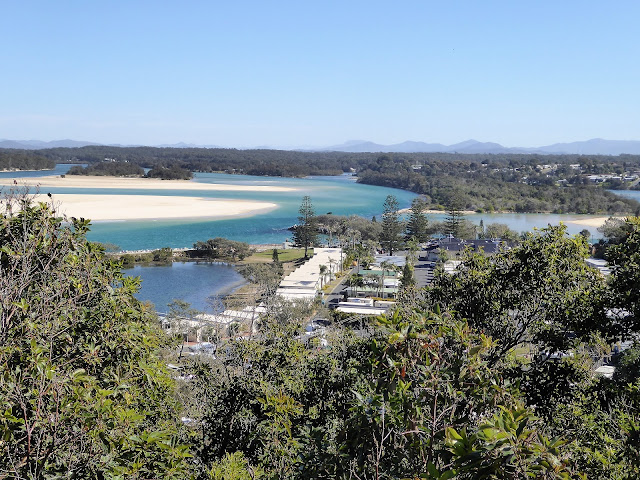 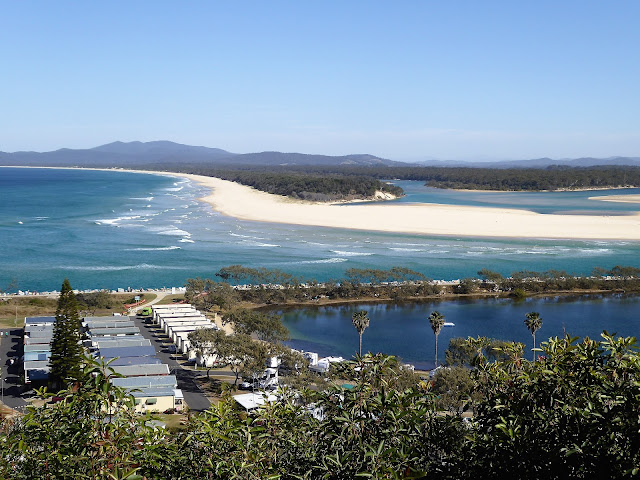 Looking down at the entrance of the river to the ocean and the walkway with the painted rocks. 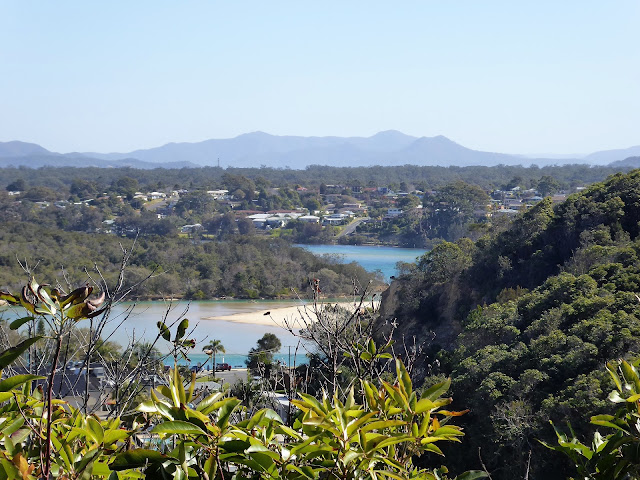 It is a beautiful area but the town itself is very hilly.