A loop inland from Ulladulla

When we look to the west from Ulladulla, we can see a range of mountains called the Great Dividing Range. We set off to do a loop where we drove down to Batemans Bay, up the mountain range to Braidwood, north through a tiny village called Nerriga and then down the range again and back home. 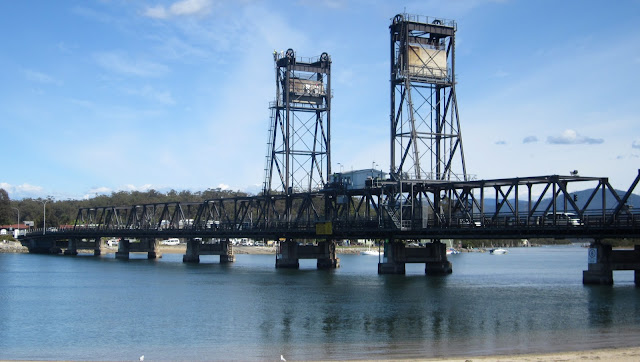 We started south to Batemans Bay and its draw-bridge. These bridges were quite popular in NSW. Houseboats appear to be popular here.

We stopped for a brief break before driving up the range to Braidwood. Batemans Bay is the seaside resort for people who live in Canberra. It's quite a pretty area and there is now a lot of development along the coastline south of the mouth of the river.

The highway up the range is quite steep in places and has a lot of bends. Although I have driven down it about 10 years ago, the last time I drove up it was 40 years ago. It would have been a pretty crappy road back then.

We reached the top of the range and stopped in Braidwood. It was so interesting that I am doing a separate blog for it. 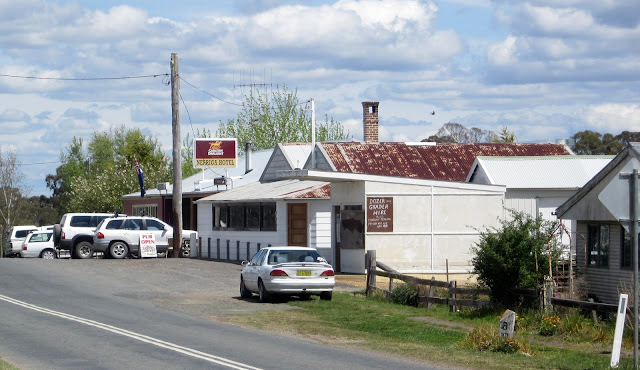 After our stroll around Braidwood, we headed north through sheep country to Nerriga where we stopped and had lunch. A few miles north of Braidwood the bitumen road gives way to gravel but the road is still pretty smooth. You just have to lower your speed.

There may only be a few houses in the village but they do have a pub. 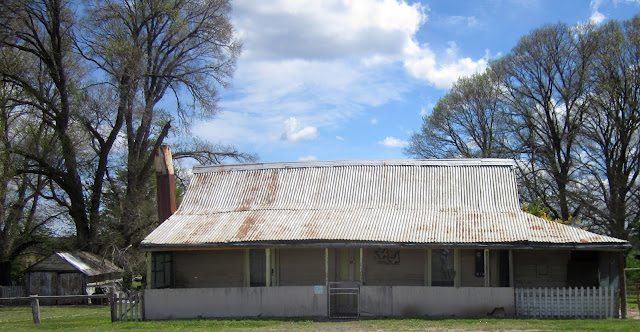 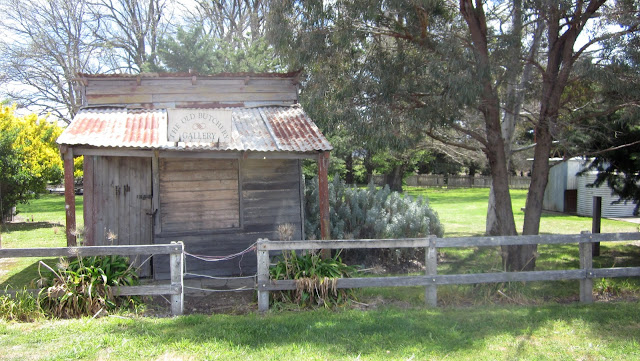 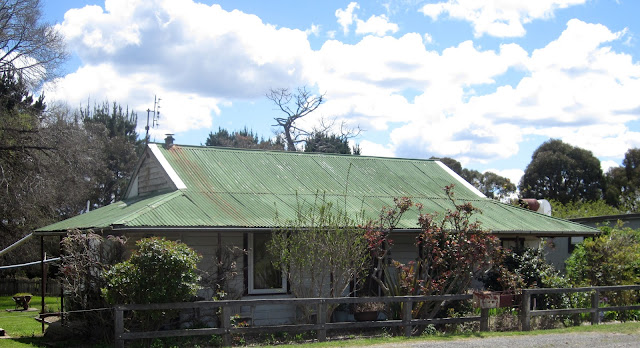 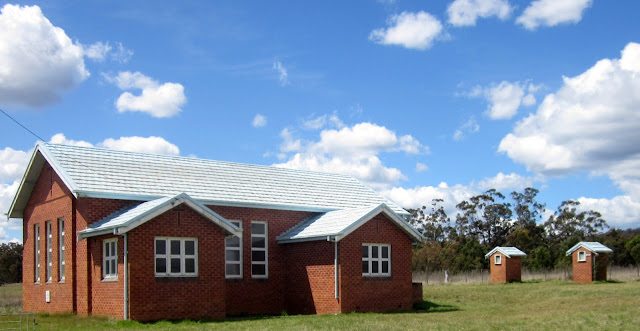 The two outhouses behind the church. I suspect it is not used. 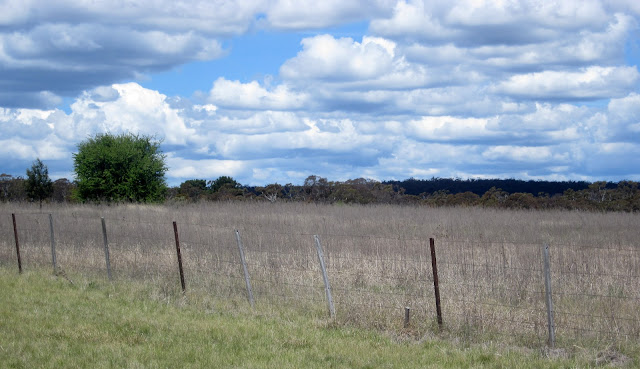 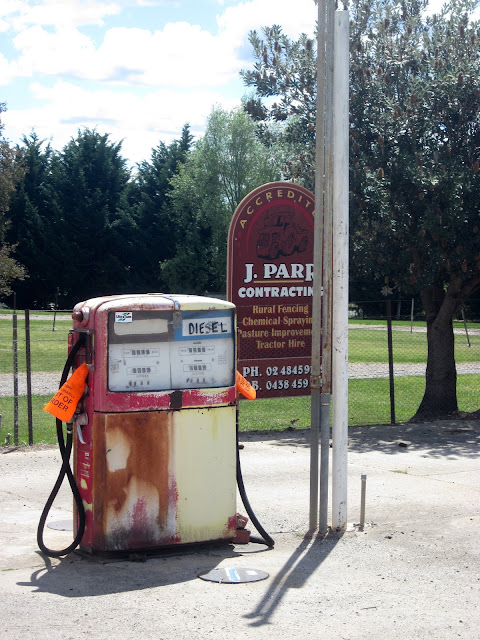 As you drive north from Braidwood there is a sign warning you that there is no petrol until you get to Nowra. These are the only petrol pumps and I would bet that the temporary orange flags have been there quite a while. 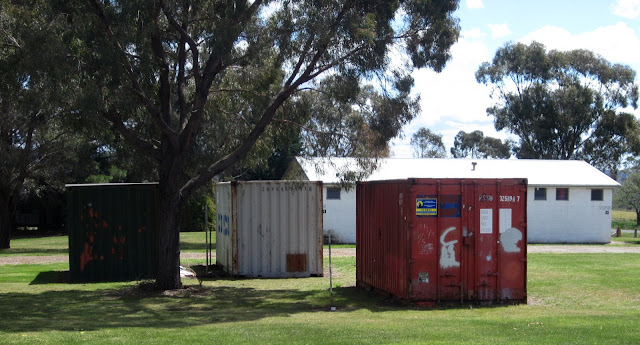 Why they have these containers just sitting there is beyond me. 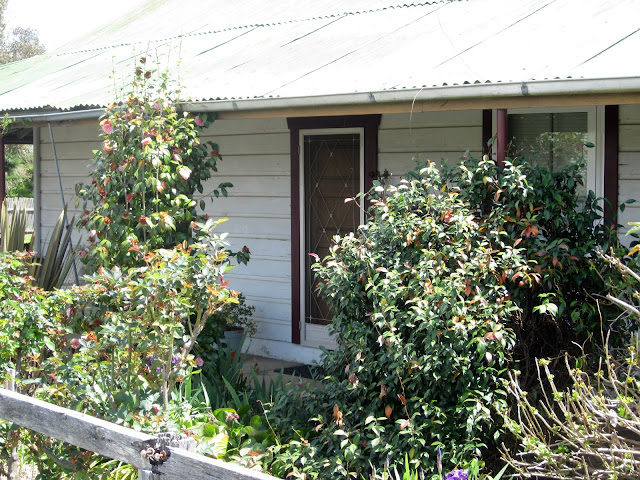 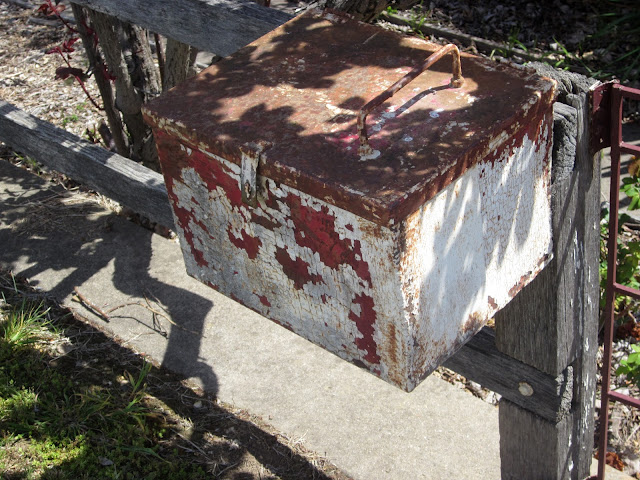 Now that is a letterbox. It seemed like nothing was going on in this village other than some action at the pub.

A few miles north of Nerriga, the dirt road suddenly turned into this magnificent new road that had cost $80 million to build. It seems like it is a road to nowhere because it certainly wasn't built to service the metropolis of Nerriga. I suspect it is part of a new road from the coast to Canberra and Goulbourn. There were very few cars using it.

Here the road starts to descend the range to the coastal plain. If you click on the photo to enlarge it you can see the ocean in the distance. 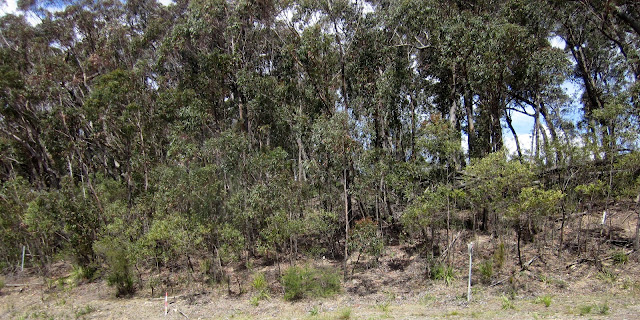 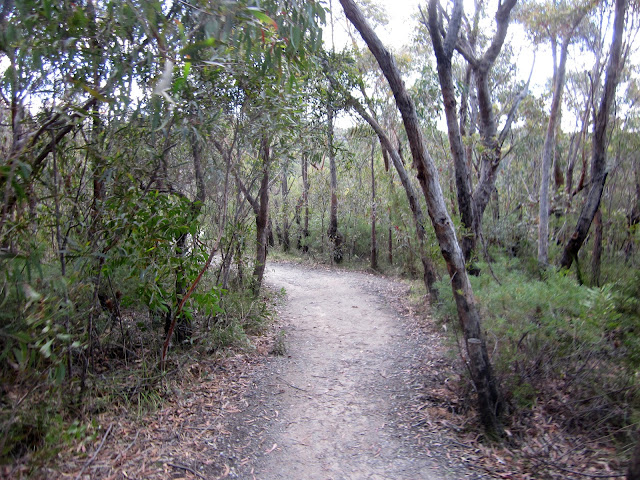 While looking at the map, Marianne had seen that there was supposed to be a waterfall near the road. We stopped and took a short walk through the bush. 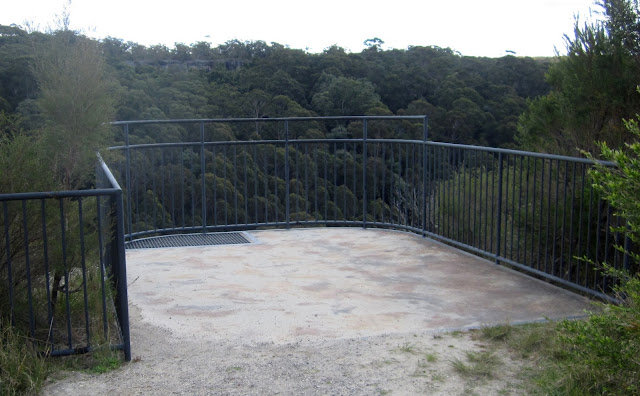 We came to a viewing platform and you might notice a grate in the floor at the far left. 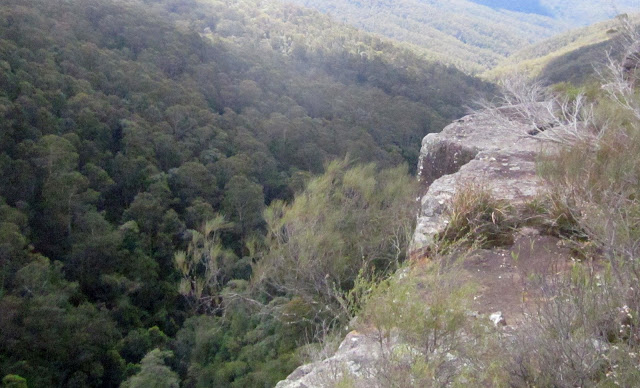 The ravine. It's not the Grand Canyon but it is still a long way down. 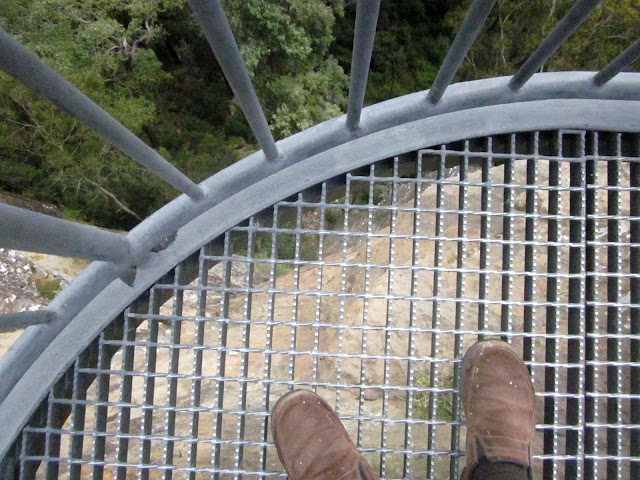 When you stand on the grate you realize there is a significant drop blow you. It is quite a sensation. 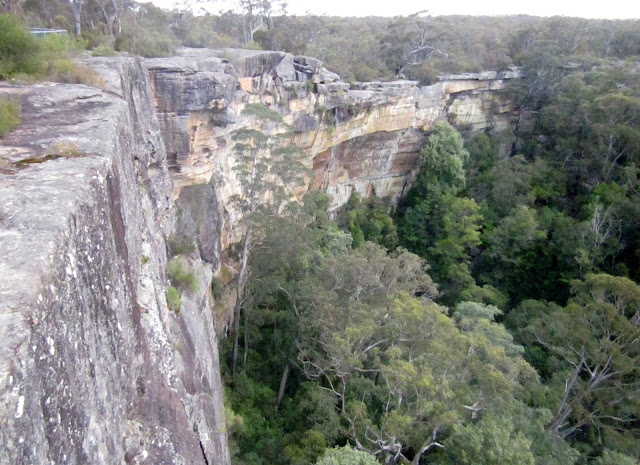 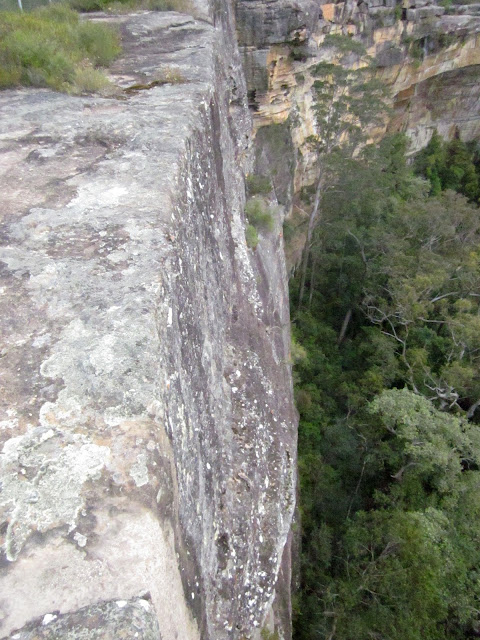 The walls are almost vertical. 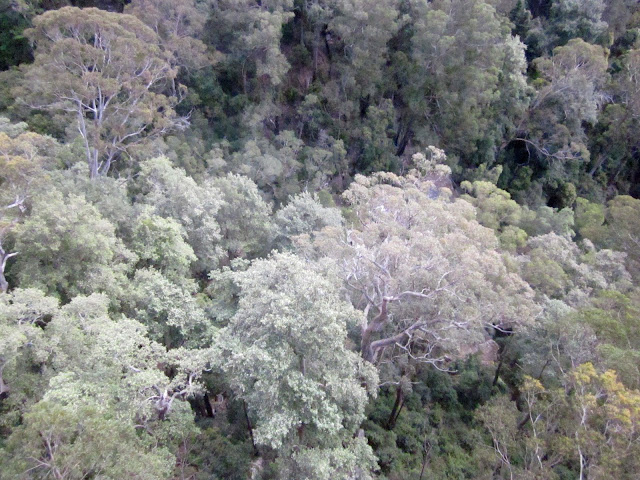 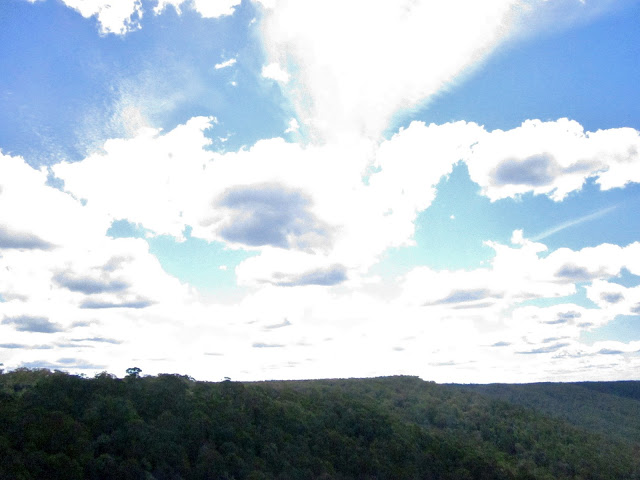 The area was in shade because of a large cloud that lingered. 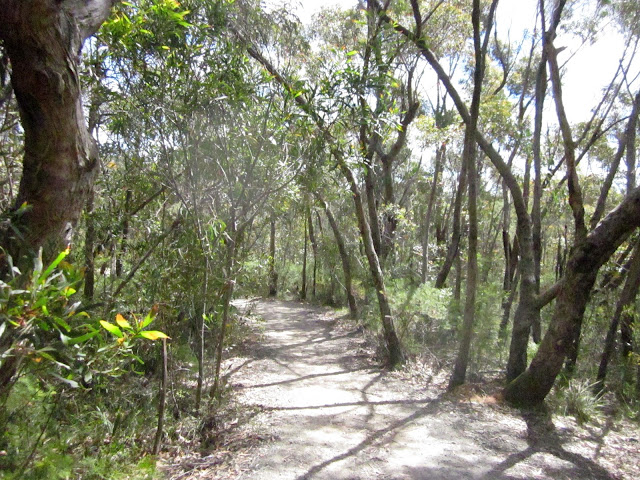 Just as we got back to the car, the cloud went away so I went back again. 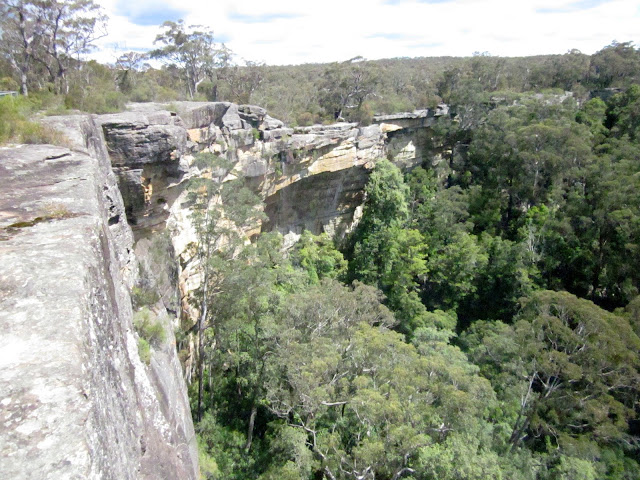 It was amazing the difference the extra light made. 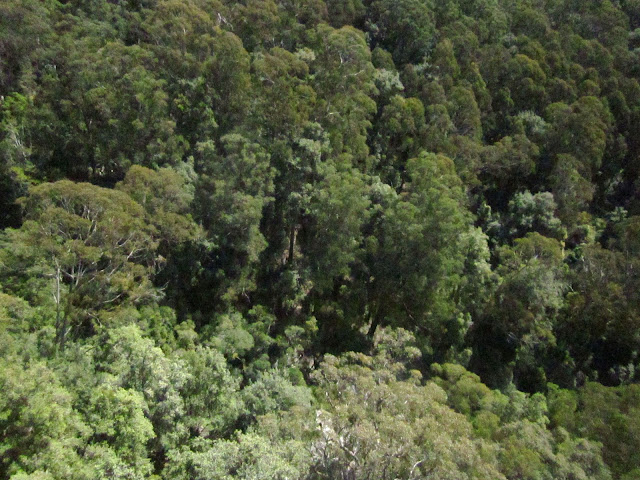 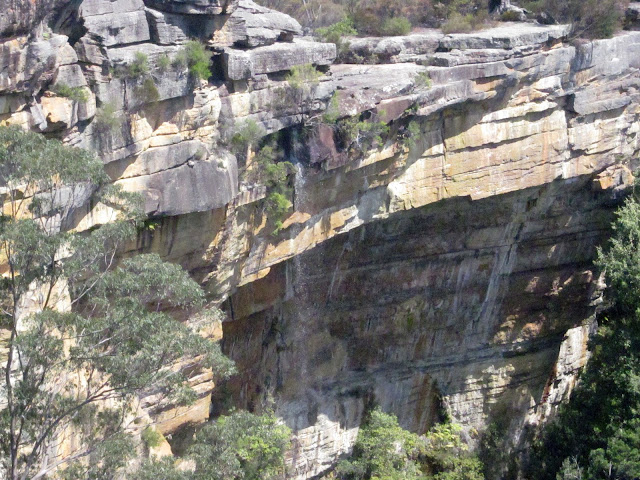 The raging torrent can just be seen in the center of the photo. Niagara Falls does not need to worry. 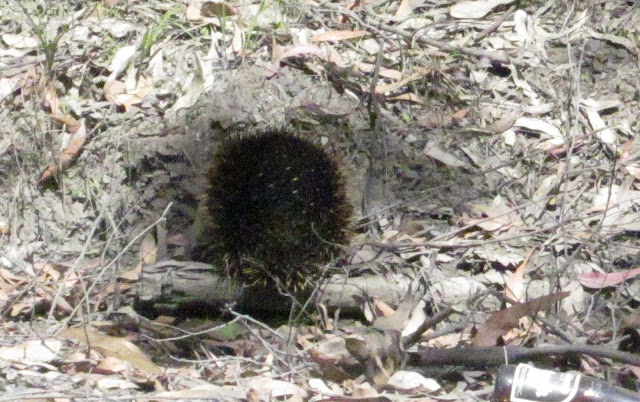 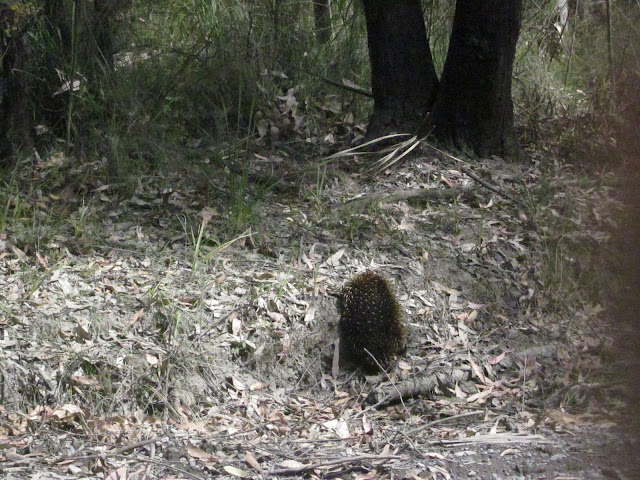 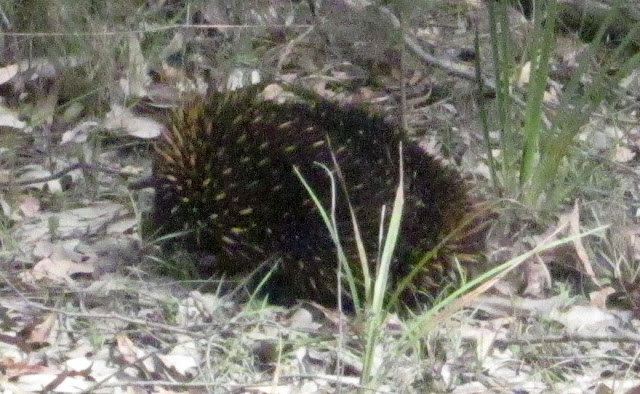 An echidna crossed the road in front of us. It was lucky that it managed to cross the highway. In the course of our drive north from Braidwood we noticed that approximately 10 wombats and koalas had not been so successful and most of them had been killed very recently. We wondered if some hoon had deliberately run them down.

We really enjoyed this drive which took about five hours including stops for about an hour. The countryside up on the range is more open than that of the coastal plain and although it is drier it is still relatively green and quite beautiful.