If you look at the following map and zoom out a little, you will see that the coastline around Ulladulla has a series of headlands with beaches in between.

Although some of the headlands have houses on them, most have a reserve area at the tip where the traditional vegetation is still growing. 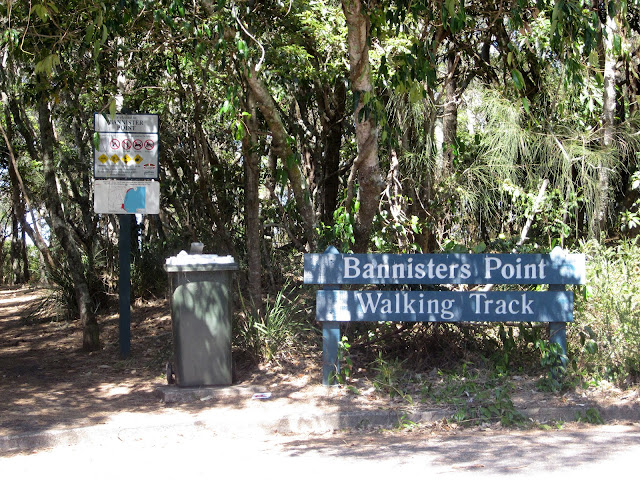 This headland is north of Ulladulla between Narrawallee Beach and Mollymook Beach. 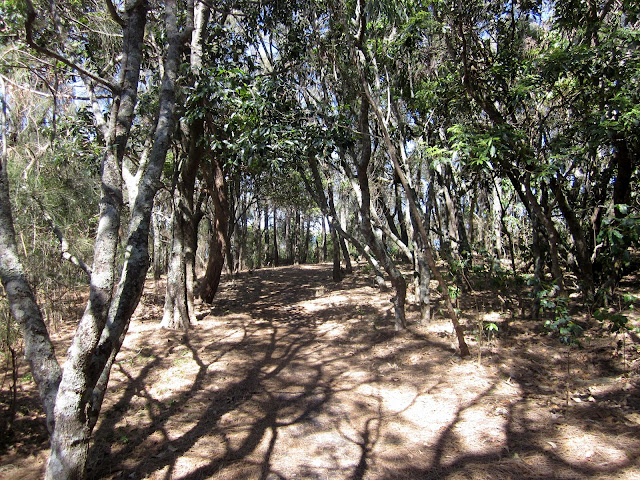 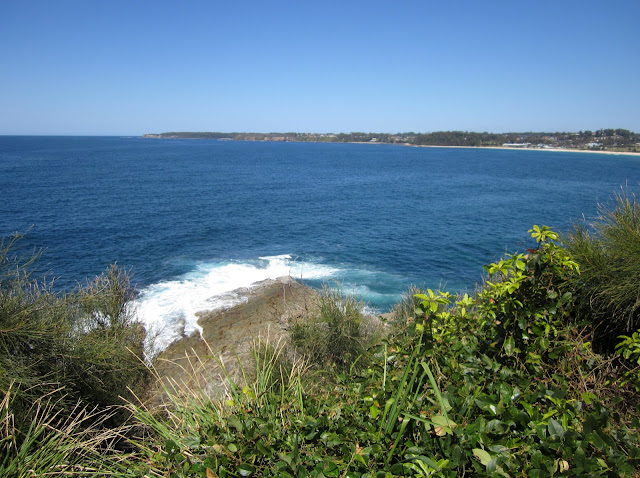 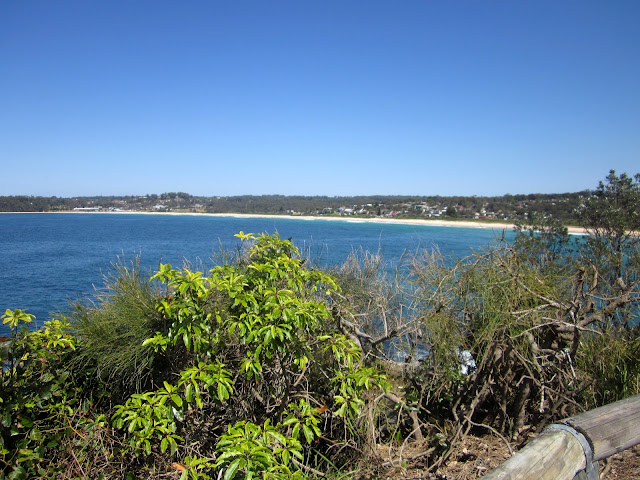 Mollymook Beach. Last Saturday through Monday was the first long weekend of summer and the crowds were out in force. 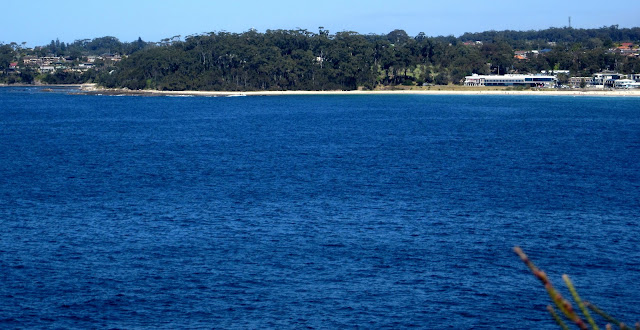 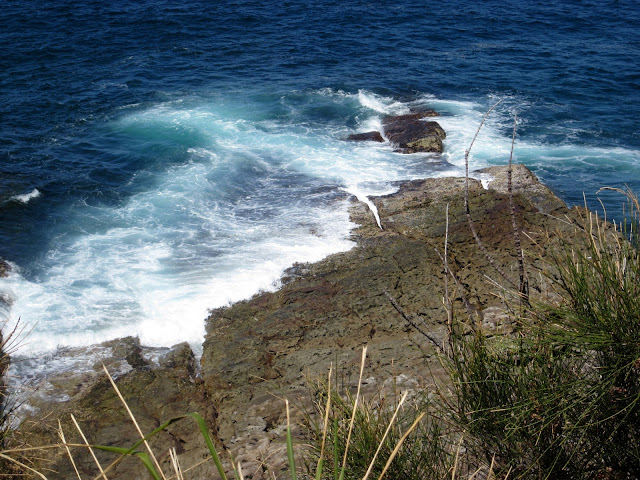 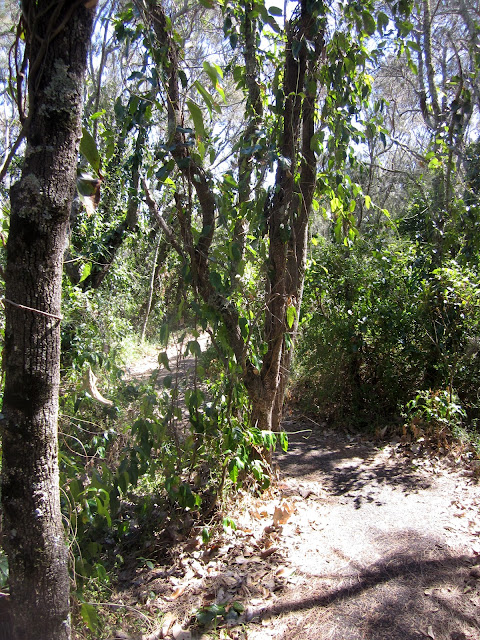 A short path through the local vegetation. 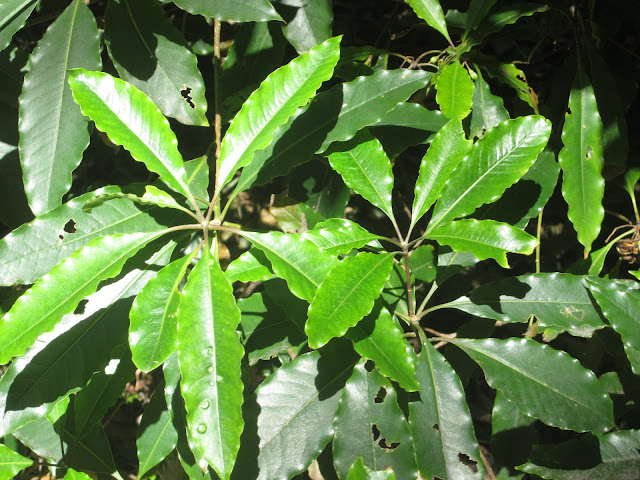 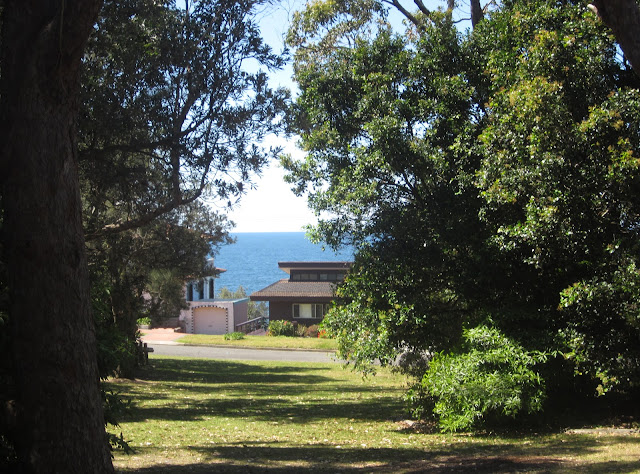 Eventually you come out to a park across the road from houses overlooking the ocean. Be prepared to pay close to $1 million for any of them. 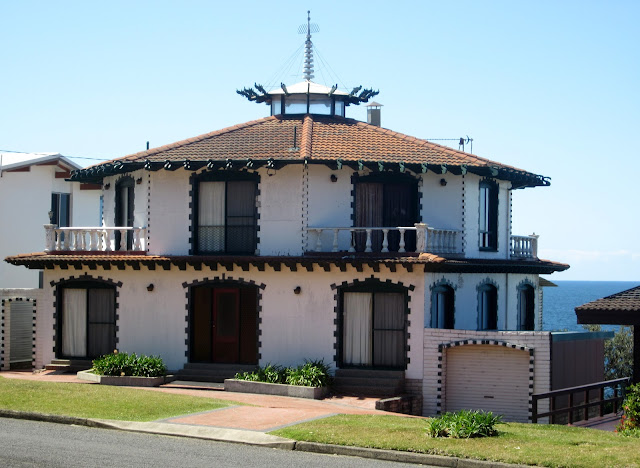 For some reason or other, Marianne has her doubts about this place. I was enchanted. 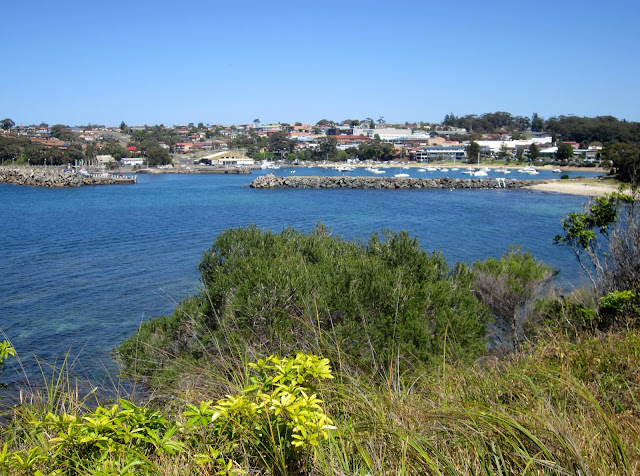 We then drove to the next headland south of Mollymook Beach which overlooks the harbour at Ulladulla. The harbour has a circular shape which you can see on the map. 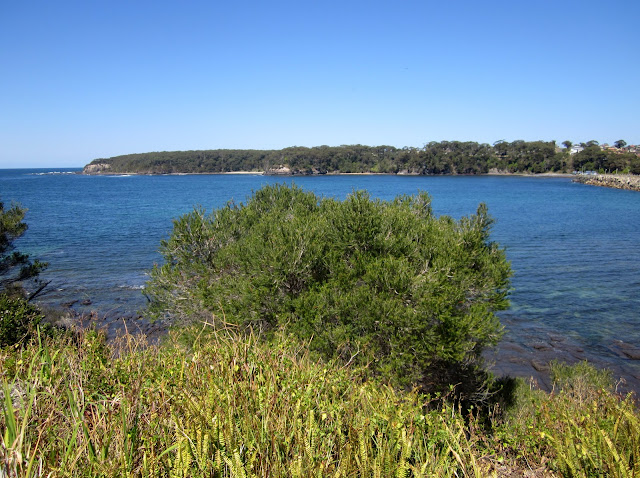 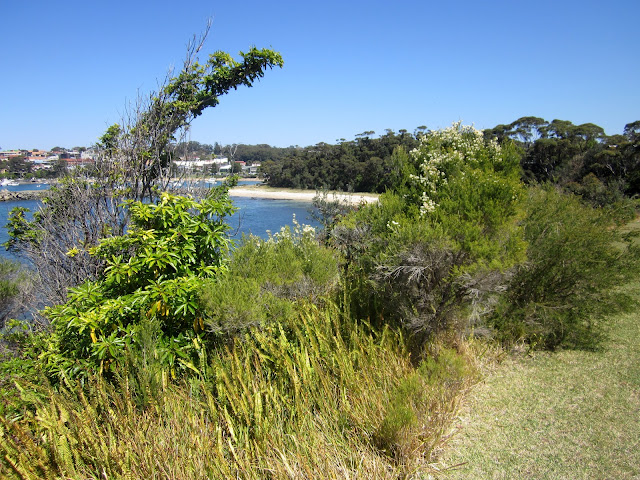 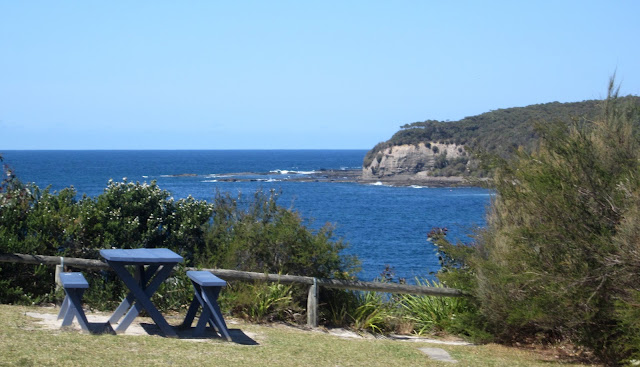 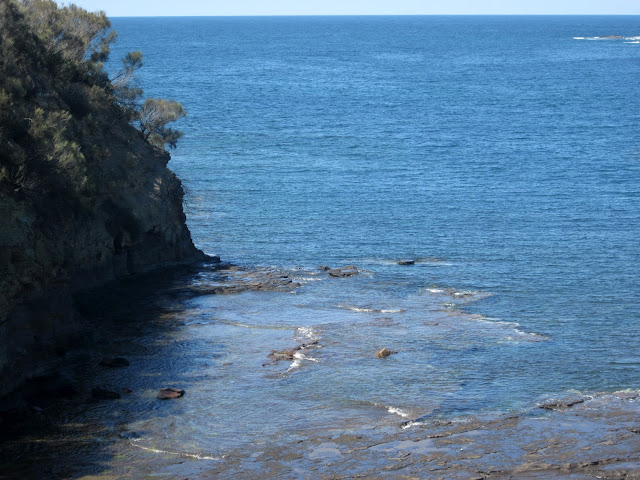 The ocean was quite flat with very low waves. I'm hoping that one day while we are here the waves will be much larger. 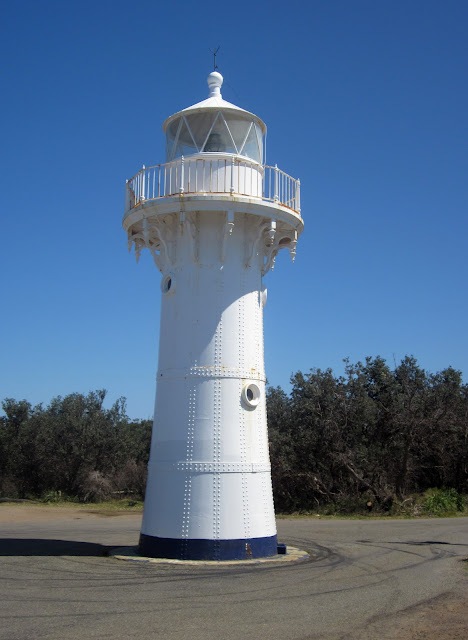 Yes, they have a lighthouse on the headland to the south of the Ulladulla Harbour. With all these rocky headlands around, I suppose ships at sea would be glad it was there. 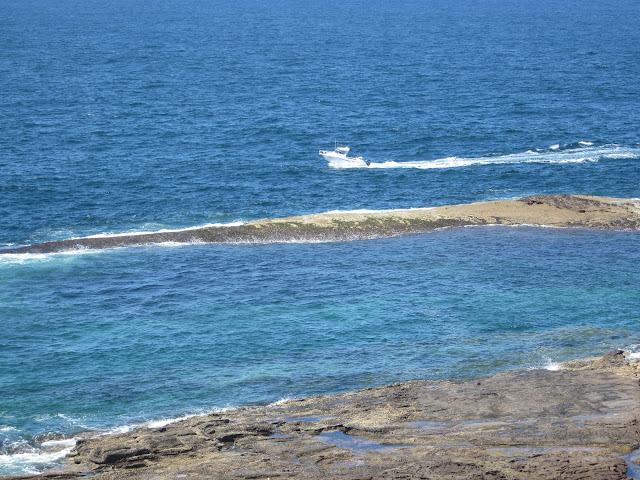 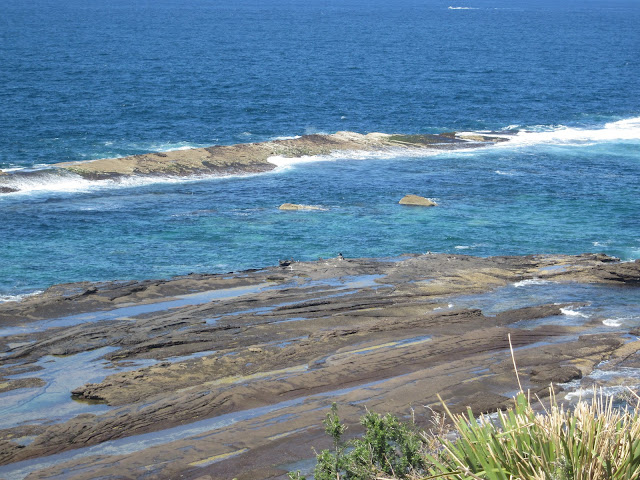 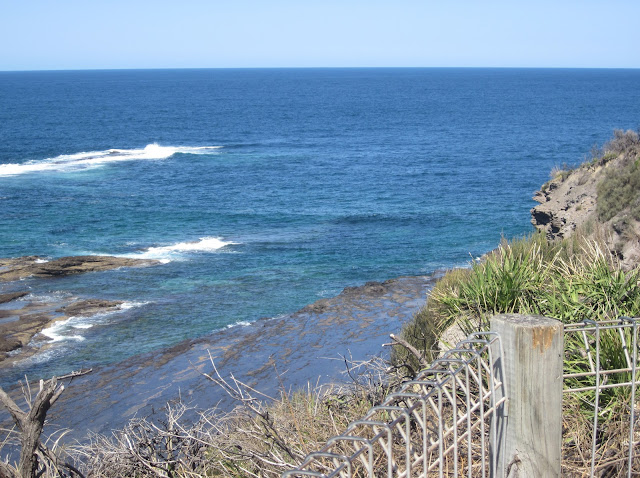 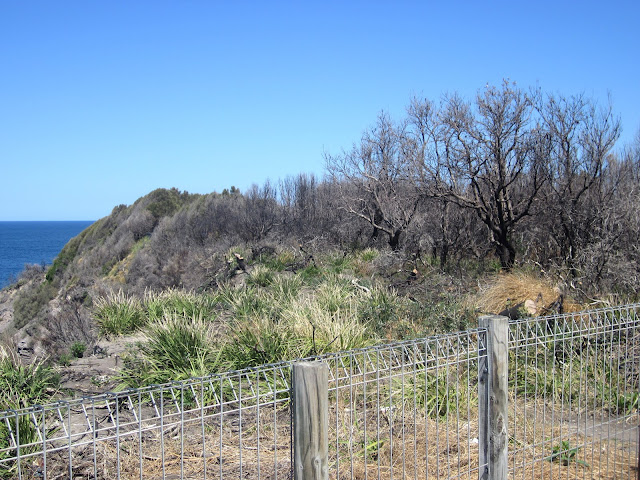 It looks like there was a bushfire here last summer. 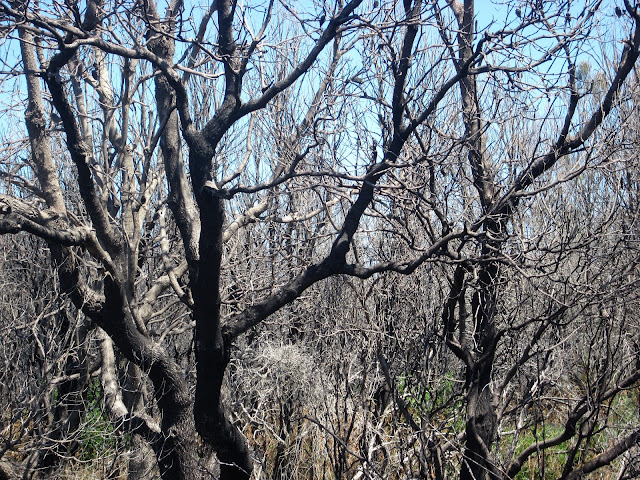 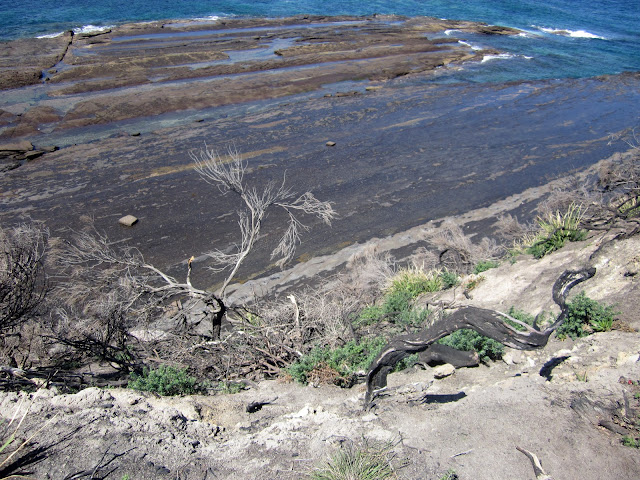 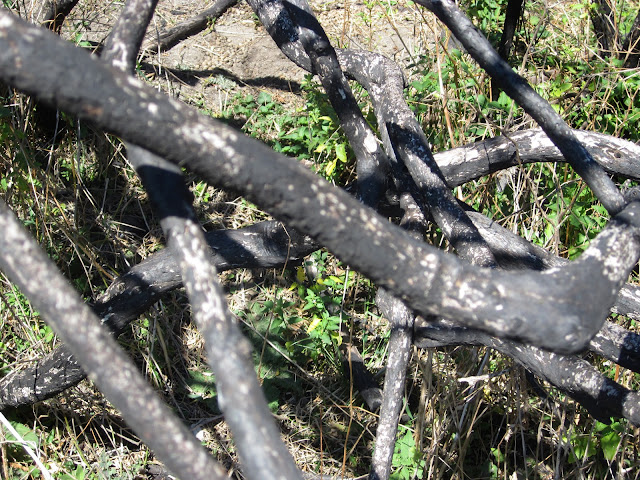 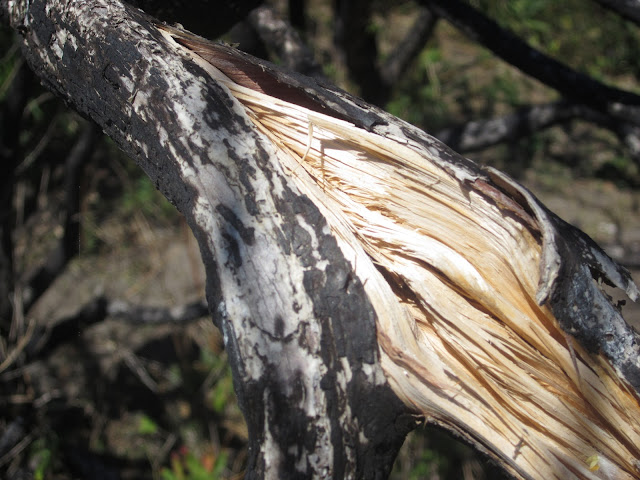 It's not burned to a crisp, but it is definitely in poor shape. 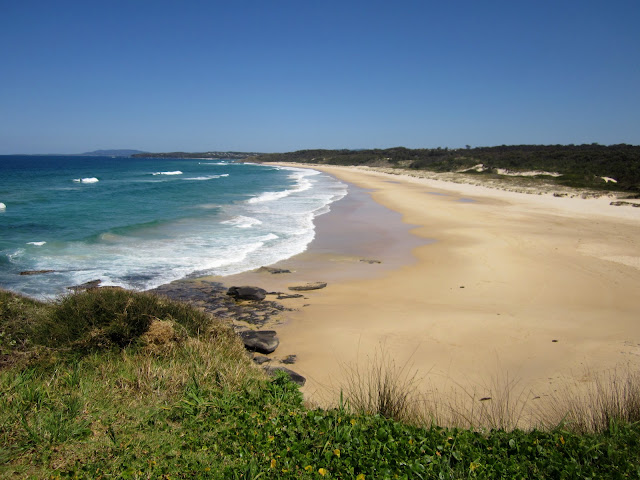 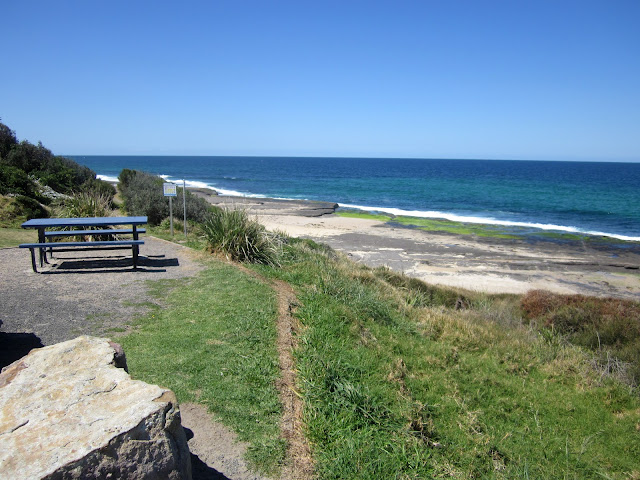 Of course there has to be a picnic table. 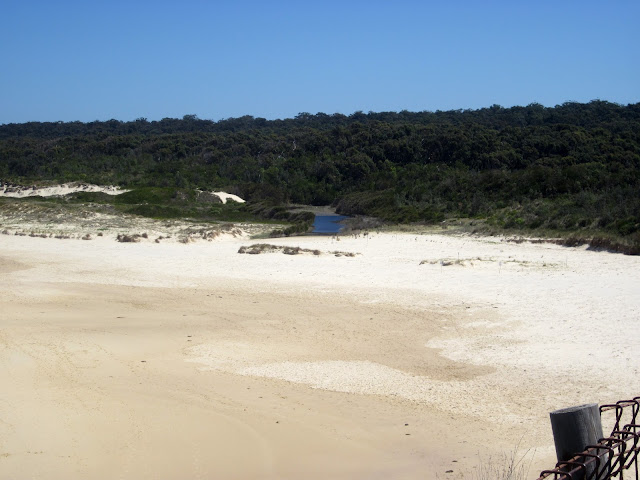 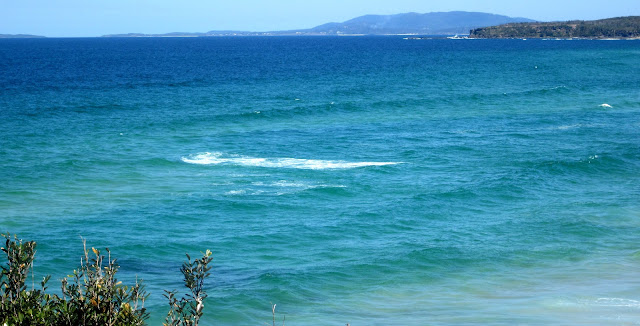 We have loved the beaches in this area. I like the way the headlands provide a beginning and end to each beach. It makes you want to walk from one end to the other and back.