The big white hat goes to the beach

My niece Adrienne and her family visited one afternoon. They live in Canberra which is a few hour's drive away. After a lunch of fish and chips, we adjourned to the beach.

When I was looking at the photos I had taken, I realized that all I could really see of the head of the oldest boy was a large white hat. 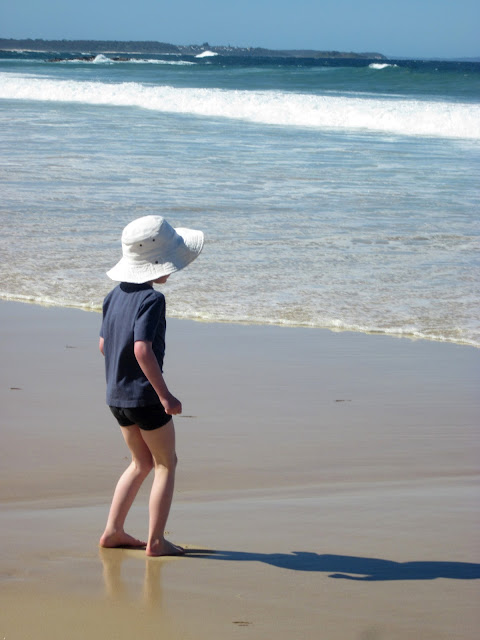 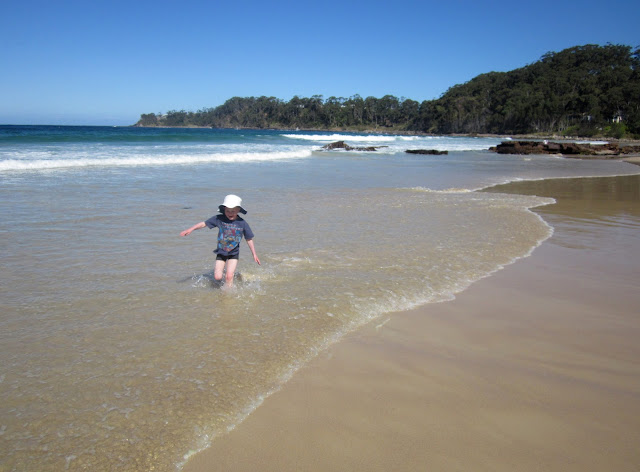 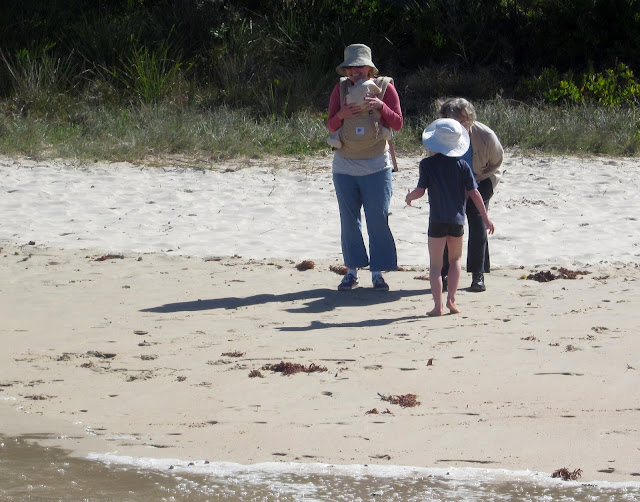 Perhaps the best sight of the day was when a very large wave rolled in and continued way higher up the beach than all the others. Marianne and Adrienne had to scamper up to higher ground and this was the fastest I had seen Marianne move in years, perhaps decades. 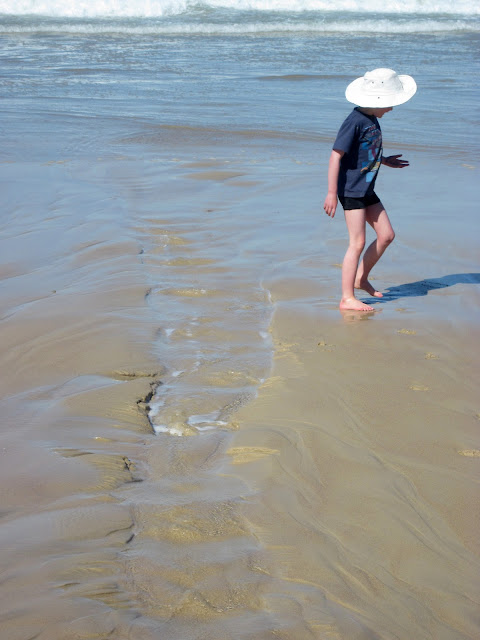 It was a lot of fun running away from the waves. His trousers got well and truly wet when the waves were bigger than expected. 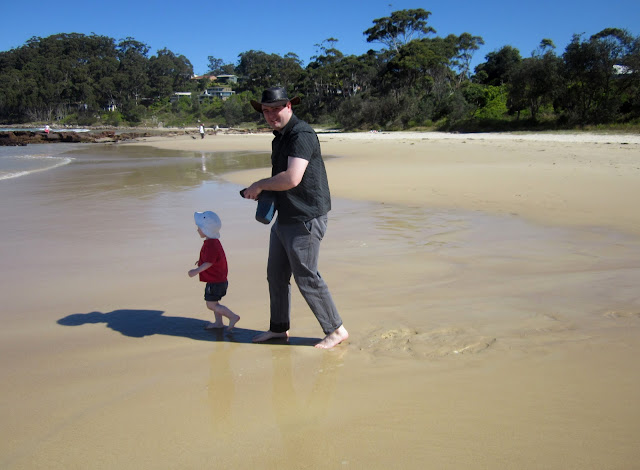 The second son with Dad keeping in step. By the time we had all finished playing at the beach, Mr Red Shirt was pretty tired. I must admit I had a nap as well.

By the way, what has happened to chips in Australia? All three examples we have tasted from fish and chip shops have been limp as if the second frying has not taken place. Or perhaps the fat is not hot enough. There needs to be a campaign here to 'bring back real chips'.