We drove north about 30 miles to an area known as Jervis Bay. Curiously, the area at the south of the bay is part of the Australian Capital Territory to give the Federal Government in Canberra access to the sea. For Aussies who are old enough to remember, perhaps that is where Harold Holt really went. 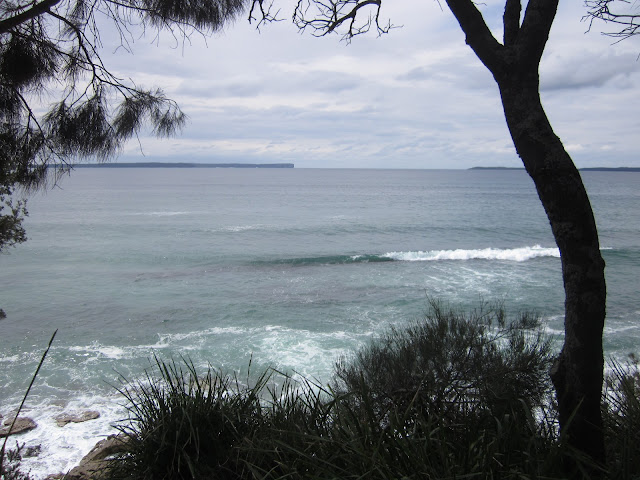 Right in the middle of the bay is a small town called Vincentia. Just on the southern edge of the town is a lovely park with views across to the entrance to the bay. 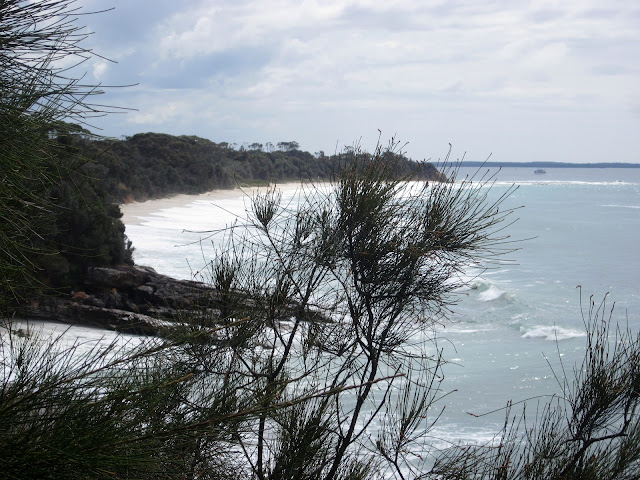 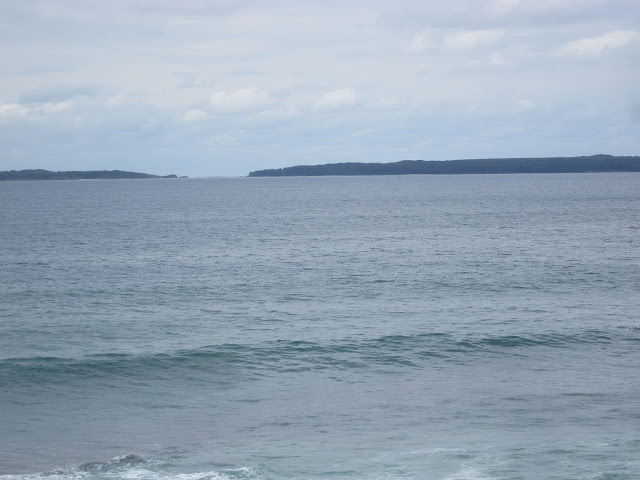 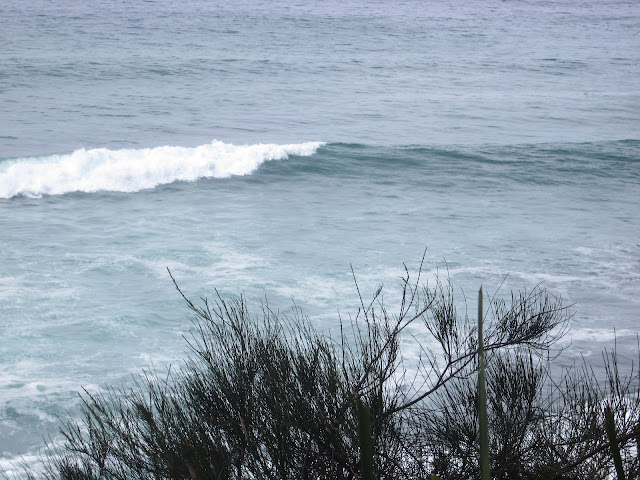 There had been a storm two nights before so the waves were larger than normal. 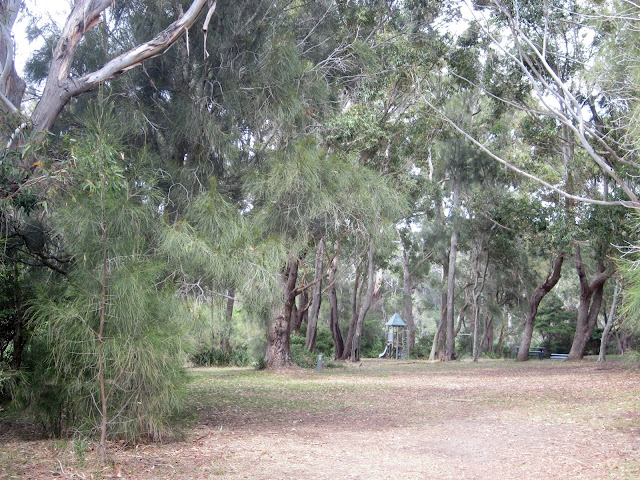 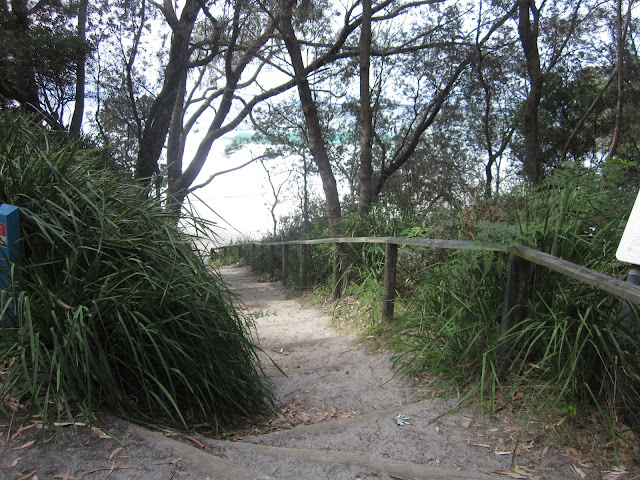 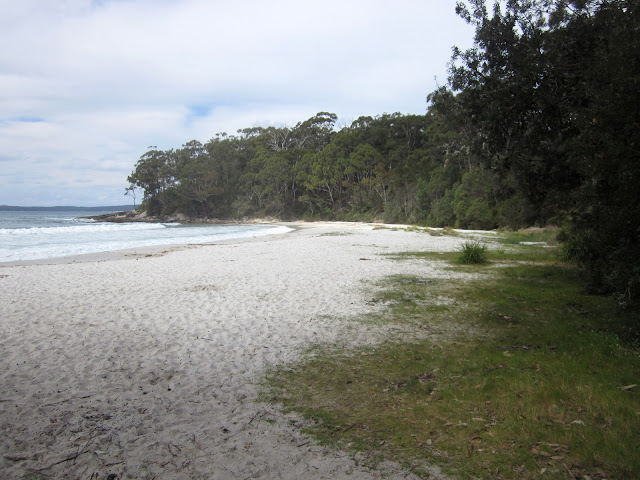 The sand at Hyam's Beach just a couple of miles south of here is supposed to be the whitest in the world. Presuming that this wouldn't be too different, I didn't think this sand was all that white. 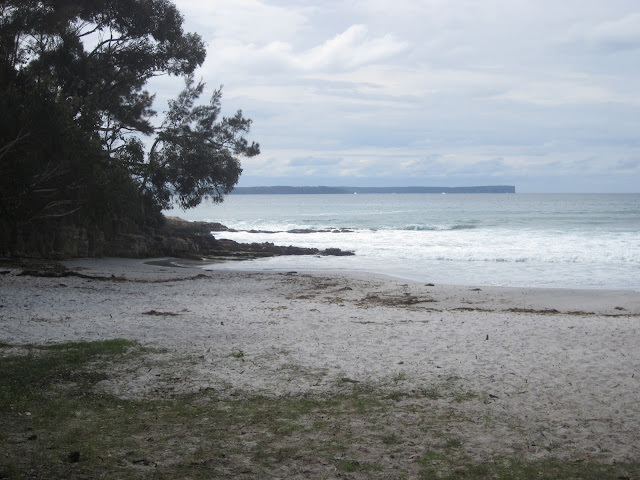 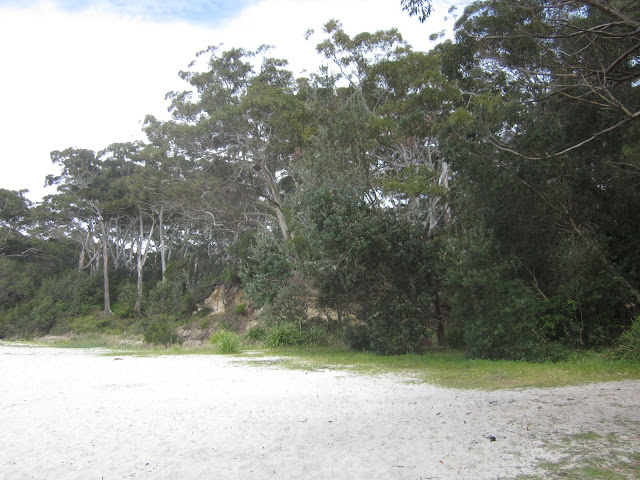 This is just a perfect secluded beach. 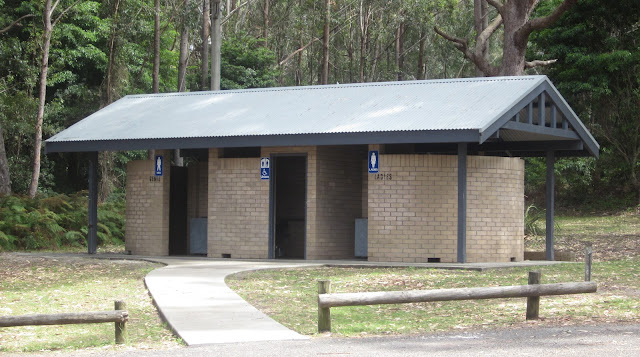 As with most public beaches in Oz, there is a toilet block. 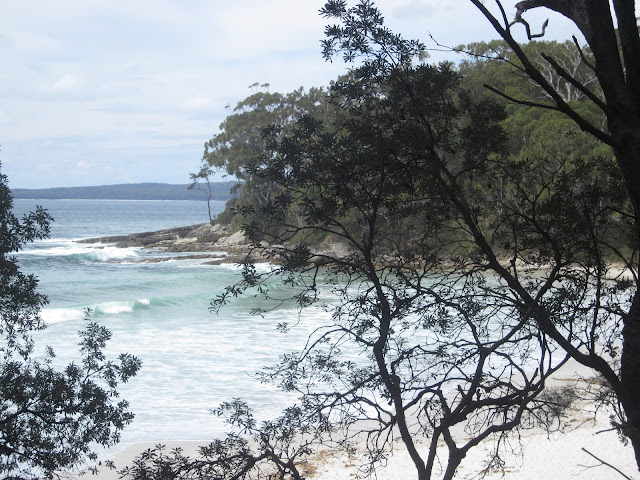 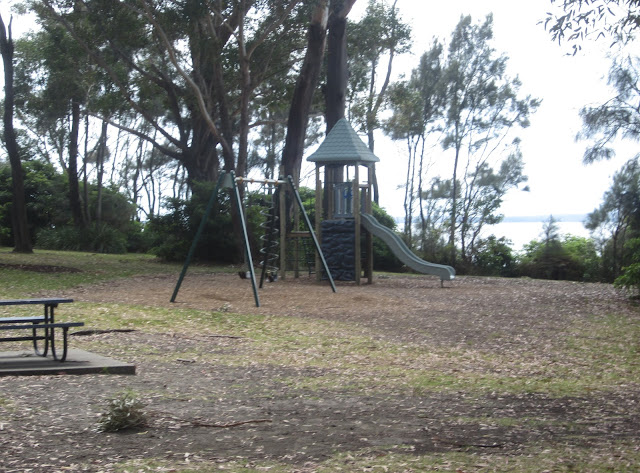 And there has to be a playground for the kiddies. 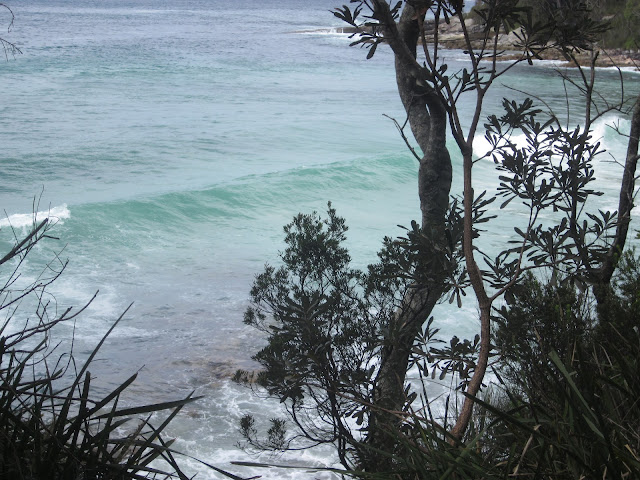 With all the large waves rolling in, it was difficult to leave. No doubt on a holiday weekend, there would be a lot more people around, but on this coolish October week day, there were just a couple of other people. There are just so many great beach areas up and down this coast.