After viewing the ruins of Christchurch we headed north to embark on our anti-clockwise circumnavigation of the South Island. First night would be at Kaikoura on the coast. 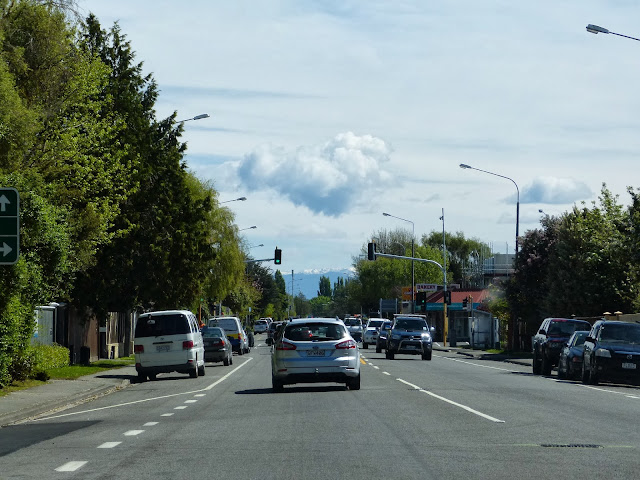 Boring street heading north. Not much evidence of damage from the earthquake. Heading east would be a different story. 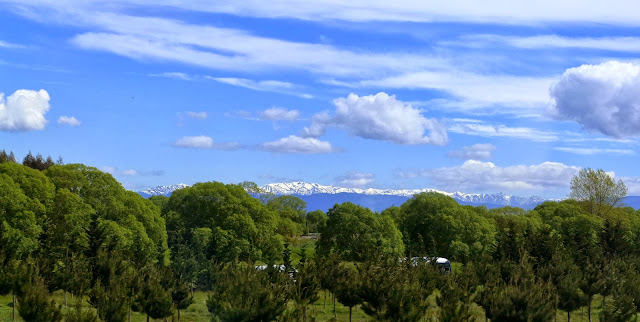 Yes, that is snow you can see on the mountain tops. 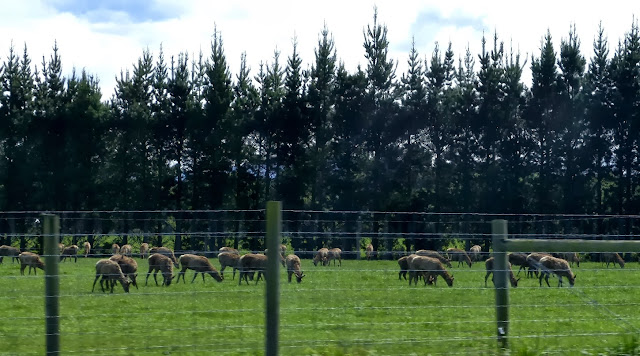 Some animal that is not a cow. 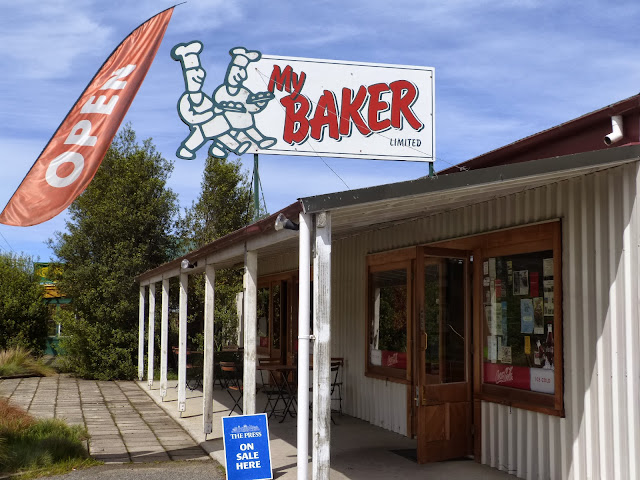 We stopped here to have a pie that was pretty good. Like Australia, bakeries are good places to stoop for lunch.

New Zealand mail boxes seem to have an American influence. Marianne thoroughly approves which is why she took this photo. 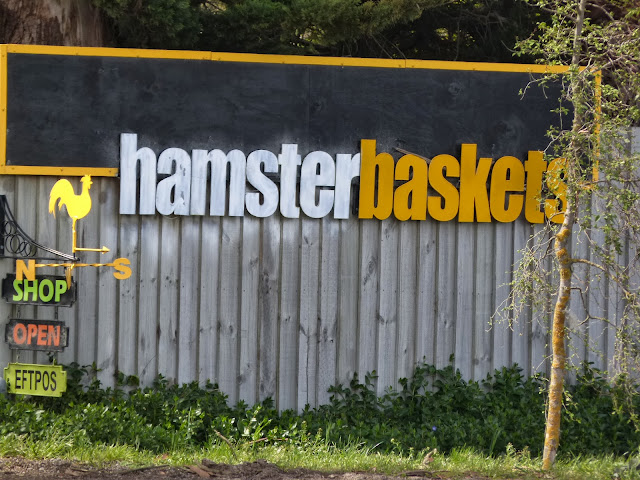 A train line follows the road all the way north. 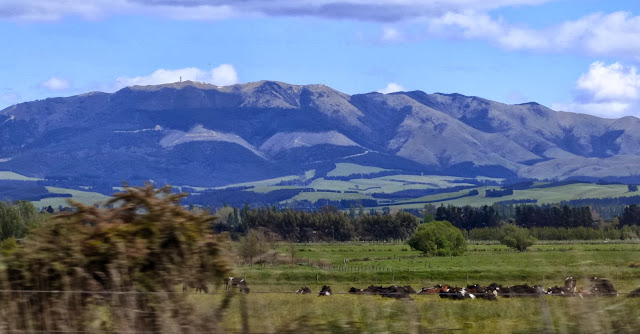 After quite a few miles on a plain it starts to get hilly and mountainous. 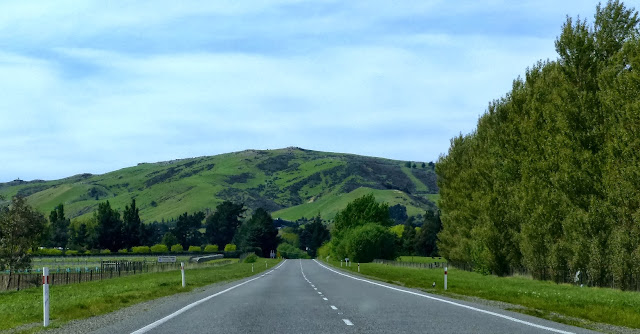 The road is pretty good with not too much traffic. There are more trucks than I expected. 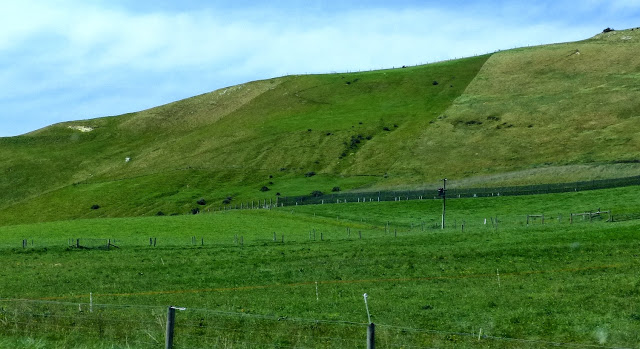 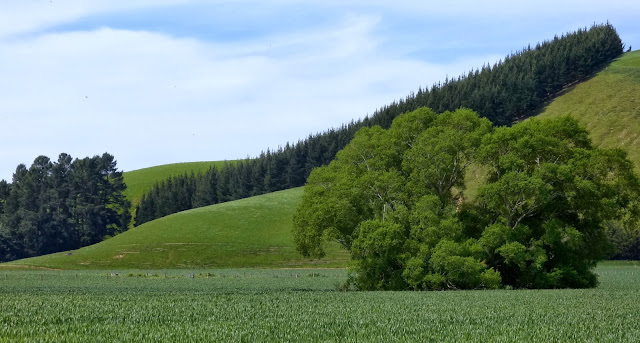 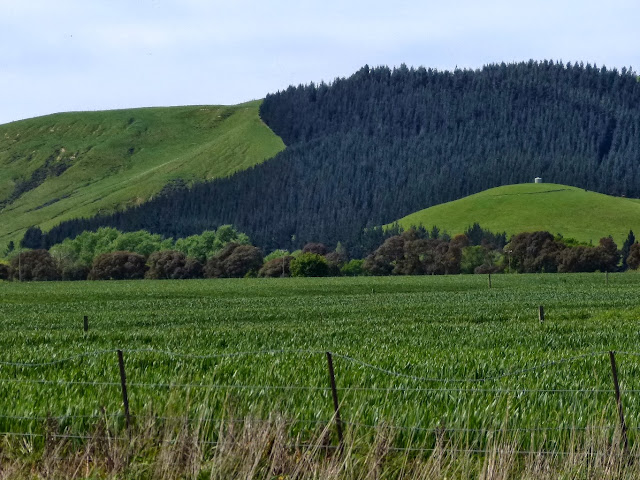 The scenery is quite pleasant without being spectacular. That comes later.

Deer, but we haven't seen venison on any of the menus we have seen so far.

Narrow bridge over a raging torrent. 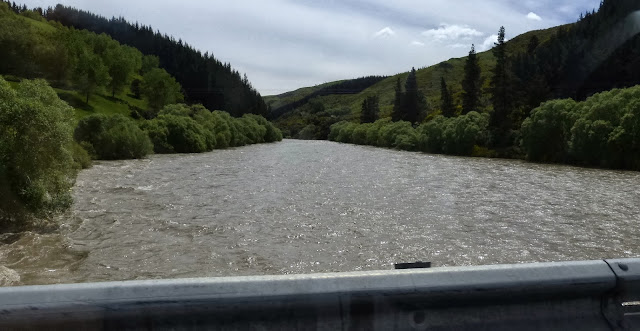 The water appears to be run off from the mountain glaciers. 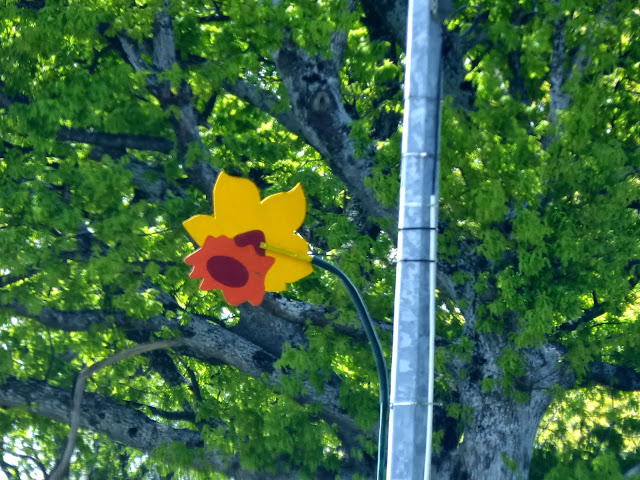 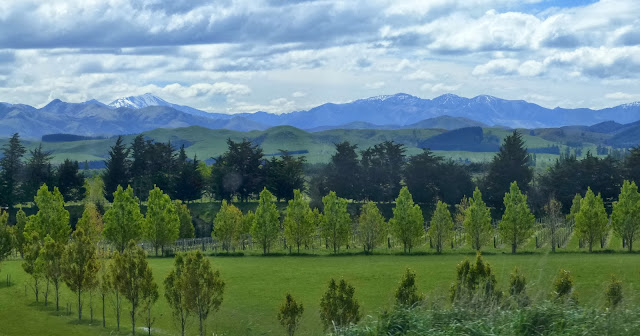 It's just such pretty countryside. 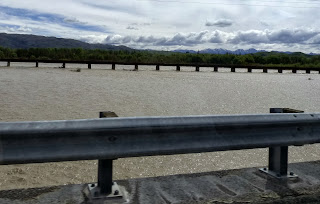 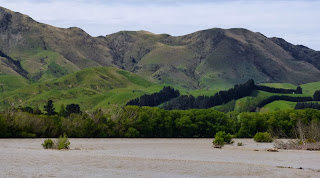 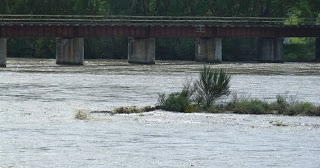 Another of the flooded rivers. 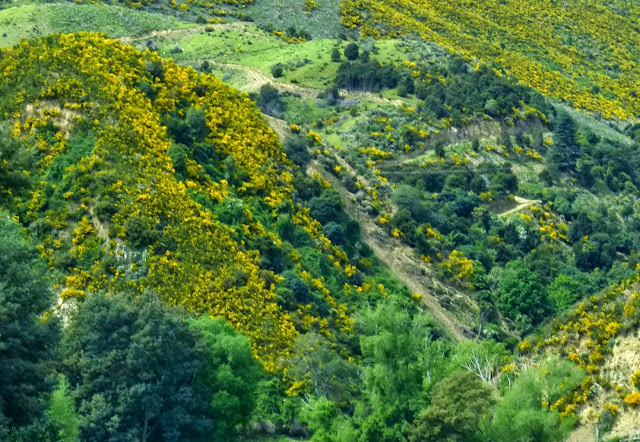 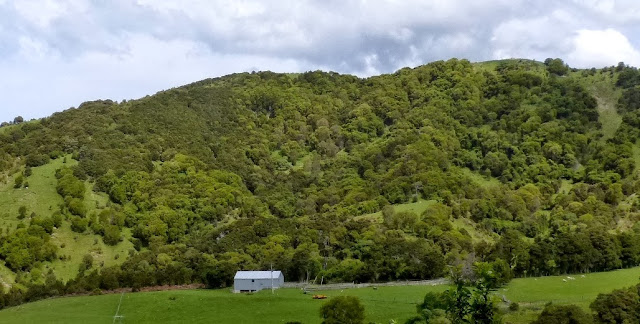 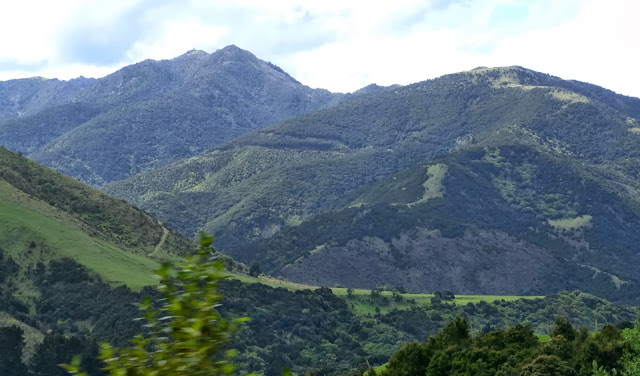 Finally we came down out of the hills and there was the ocean. 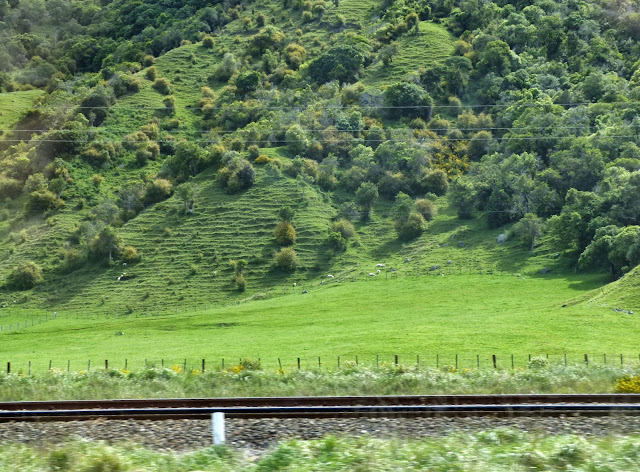 The railway lines were back. 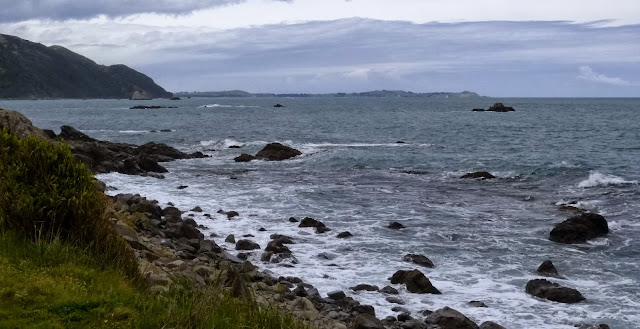 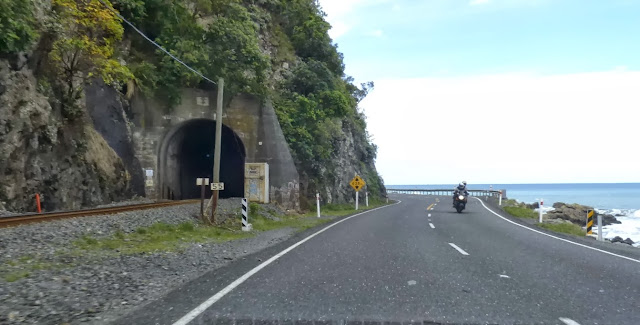 The train line follows the coast but goes through a lot of tunnels. We saw a freight train but no passenger train. 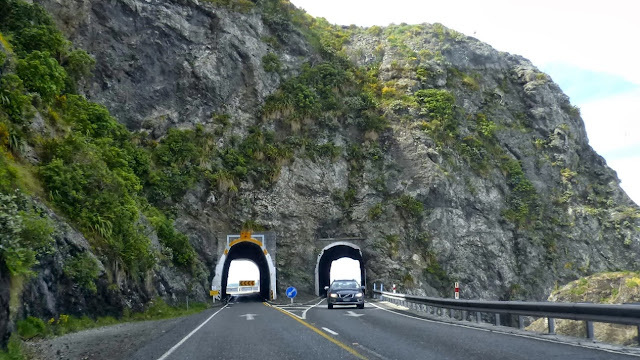 Even the road goes through tunnels.

Just south of Kaikoura which is just this side of the snow covered mountains in the distance. It's a very pleasant drive. In most other countries it would be famous. Here in NZ, it would be just another drive in the country.