One of my favourite stops on the trip around the South Island forty years ago was Wanaka which sits at the southern end of Lake Wanaka. It's only about an hour's drive over a mountain so we decided to drive up there. 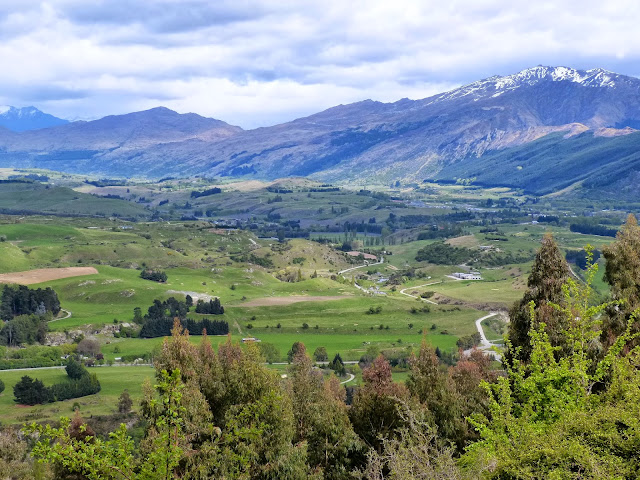 A few miles east of Queenstown the road to Wanaka turns off the main highway and you head up to the mountain. 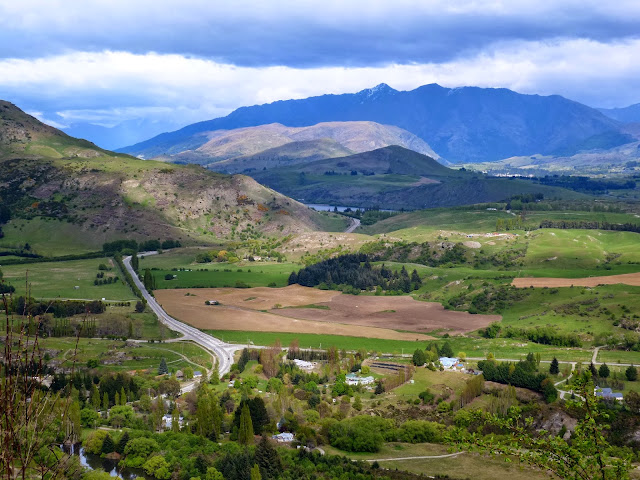 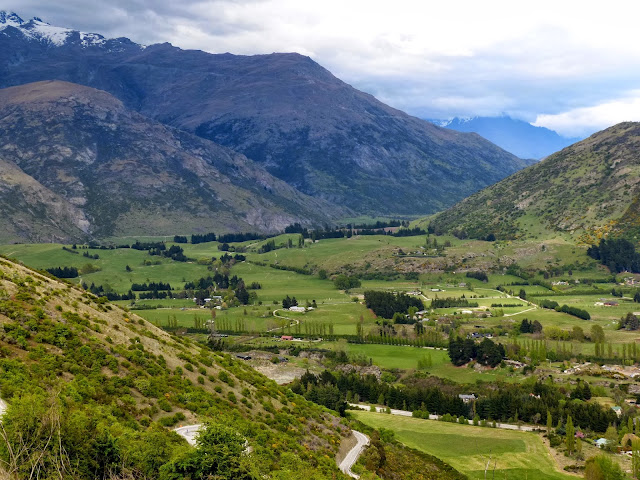 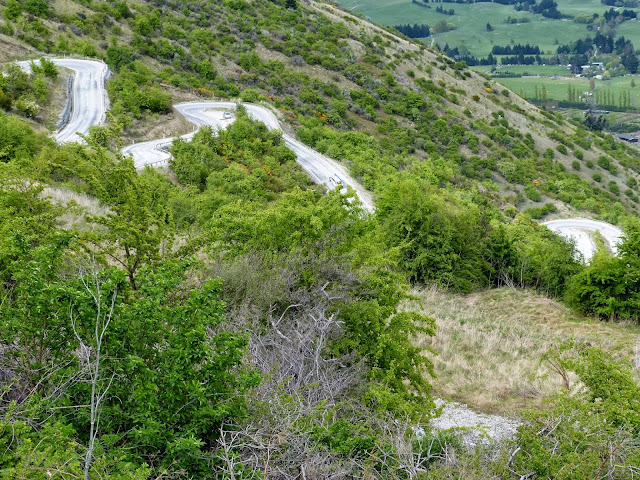 The road has plenty of bends and switchbacks. The small engine in the Huyndai Getz struggled but I just engaged 2nd gear and away we went. 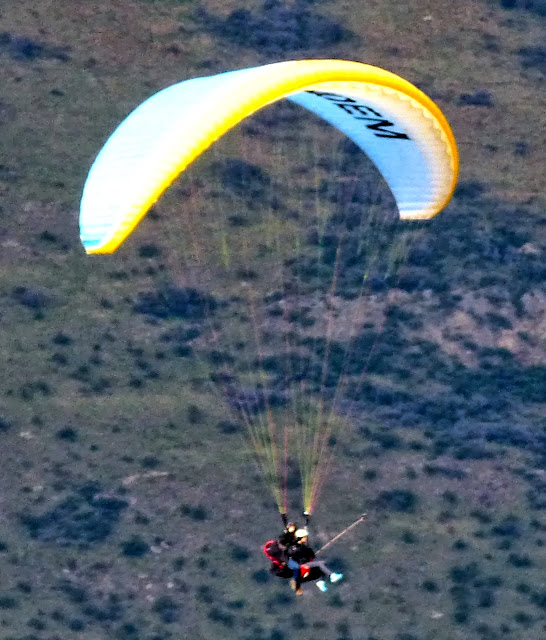 Quite a few hang-gliders were lined up to leap off a cliff.

The airport at Queenstown. 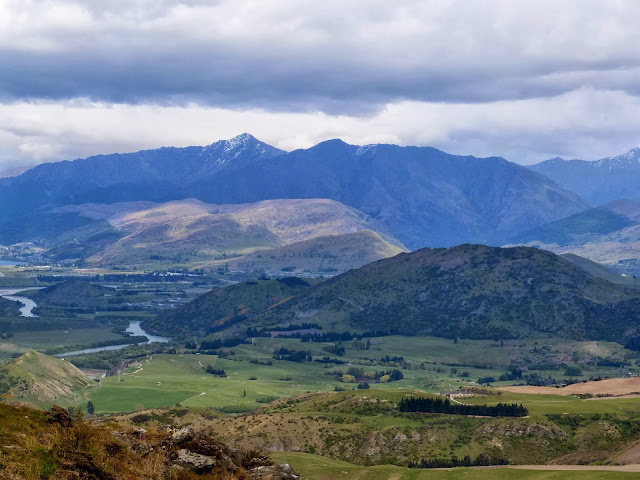 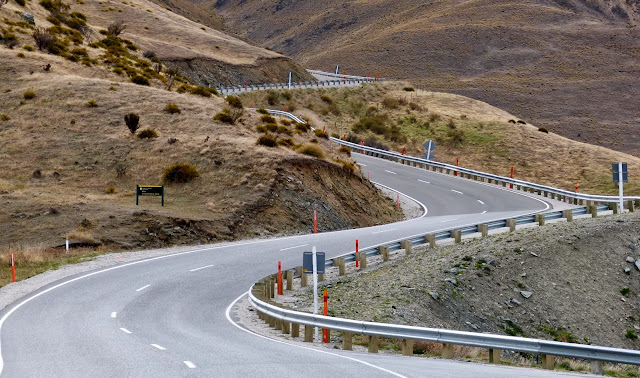 Marianne mentioned to me that this is apparently the highest main road in NZ. 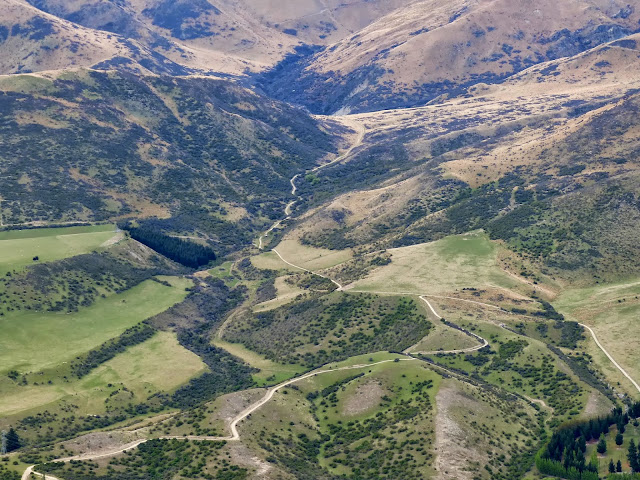 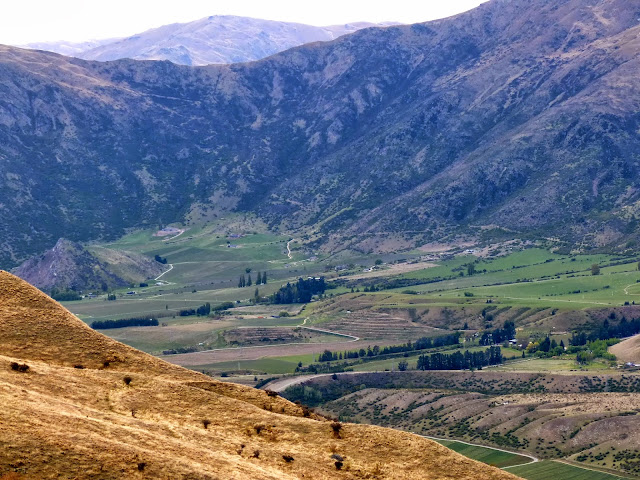 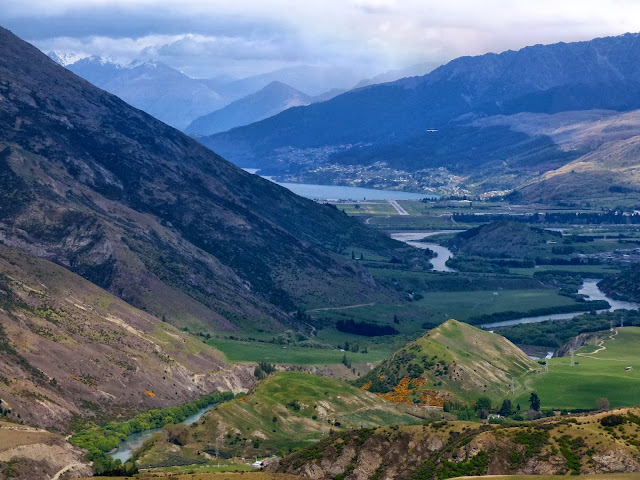 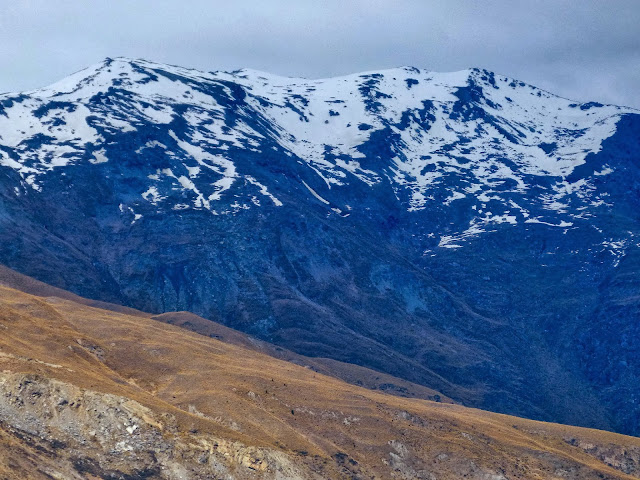 Of course you get to see some more snow capped mountains.

Eventually we descended to Lake Wanaka. 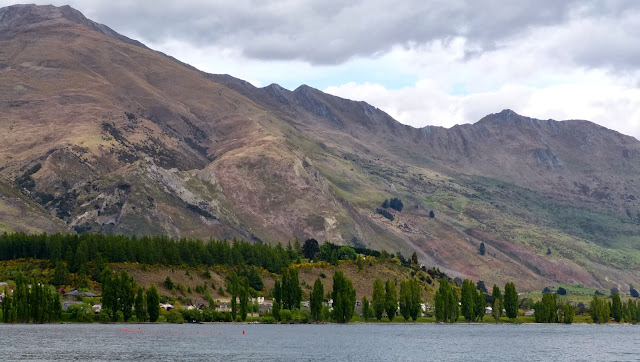 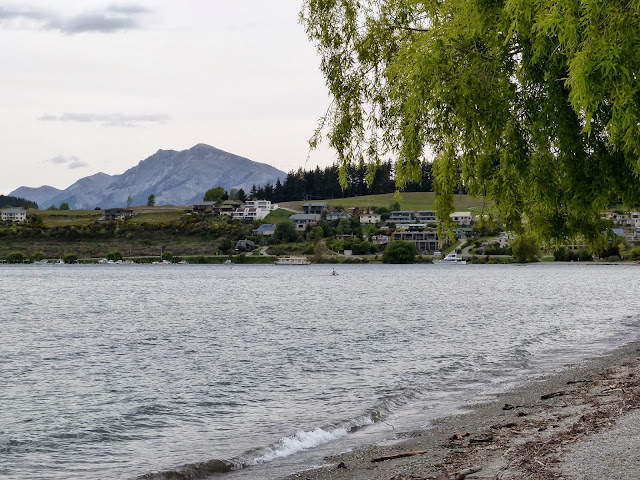 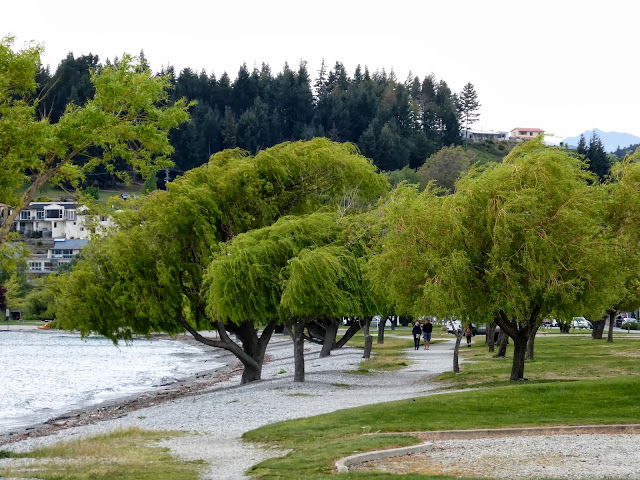 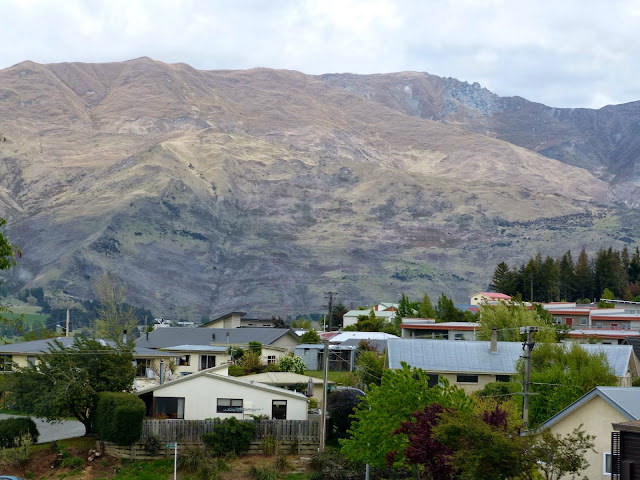 I seem to remember that forty years ago, Wanaka was very small with only a few houses. Now there are lots of houses. 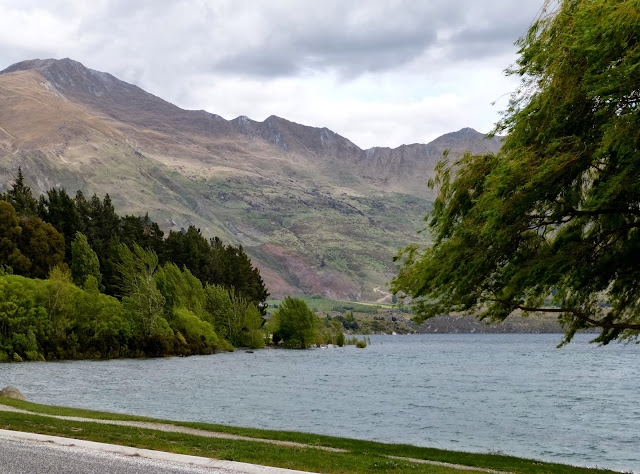 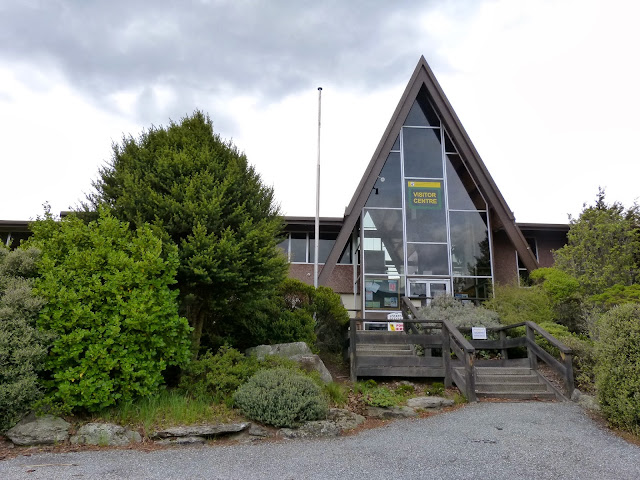 Clare might remember that we had a really good dinner and a superb bottle of red wine from the Paarl region of South Africa. I think this was where the restaurant was located but it now seems to be a tourist office and it was closed. After the excellent dinner we walked out to the car to find that it had a flat tire. I managed to put on the spare tire quite easily as if I knew what I was doing. That bottle of wine must have been really good. 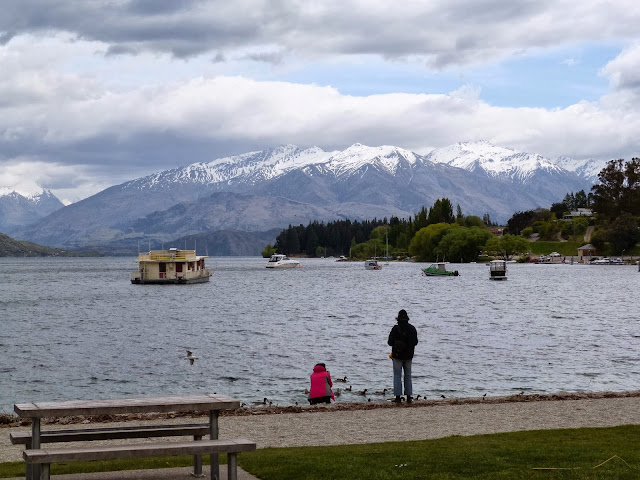 It still seemed to be a nice place but it was a pity the weather was overcast. Wanaka did not seem to be so magical this time. 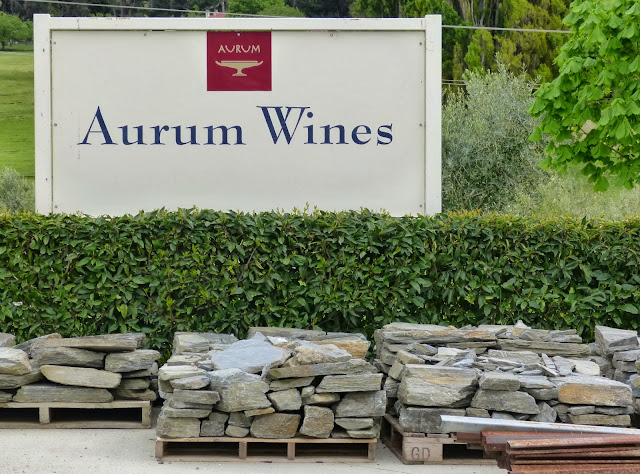 We took a longer more eastern route back to Queenstown that avoided the high mountain. This area now has numerous wineries and we stopped at Aurum Wines for a tasting. Forty years ago, there were very few wineries in NZ and I doubt that there were any in this region. 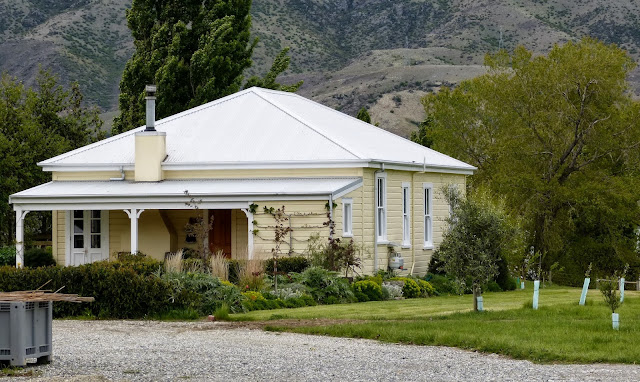 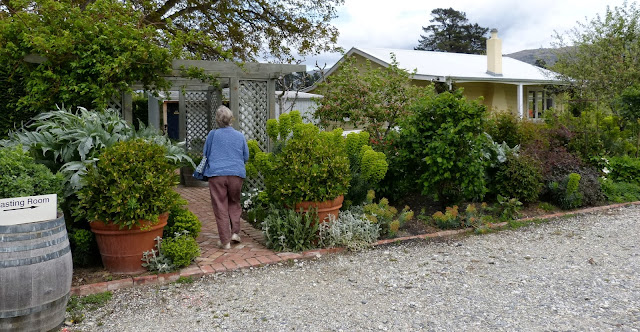 The winery had beautiful gardens and was only about six years old though they had been growing grapes there for a dozen years or so. 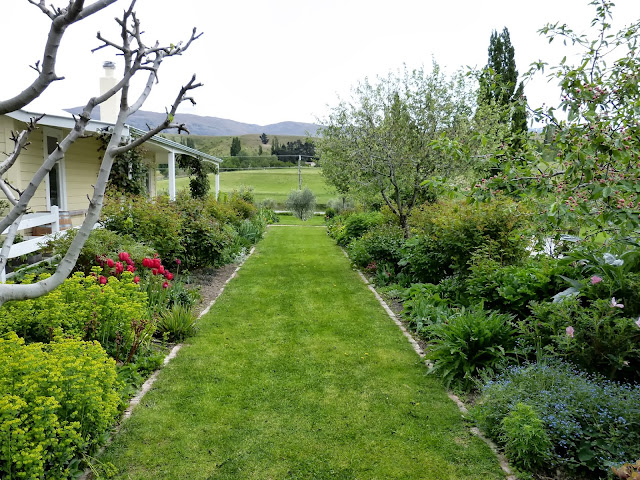 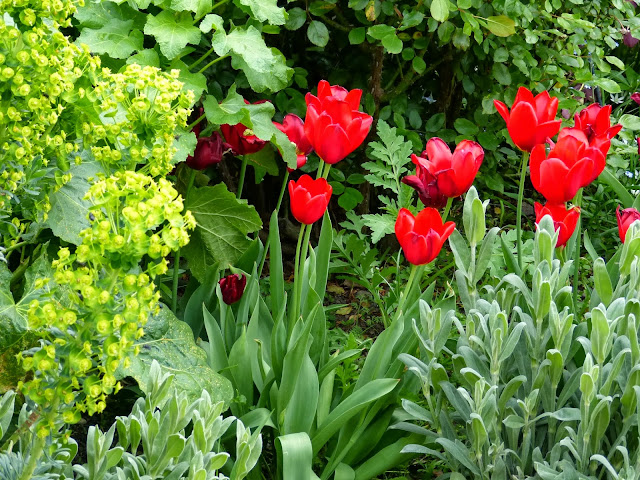 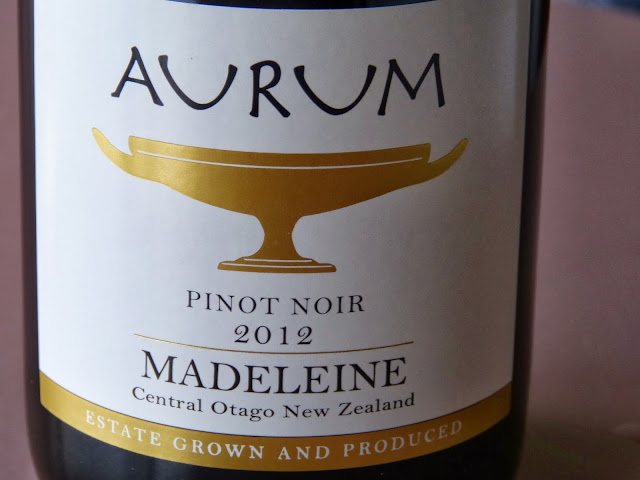 This was their best wine by far, as well as their most expensive by far. They stomp the grapes with their feet to produce the juice and then keep the wine making process as simple as possible. It was a huge complex wine and since we had decided to cook ourselves a steak in the motel room, we bought a bottle. 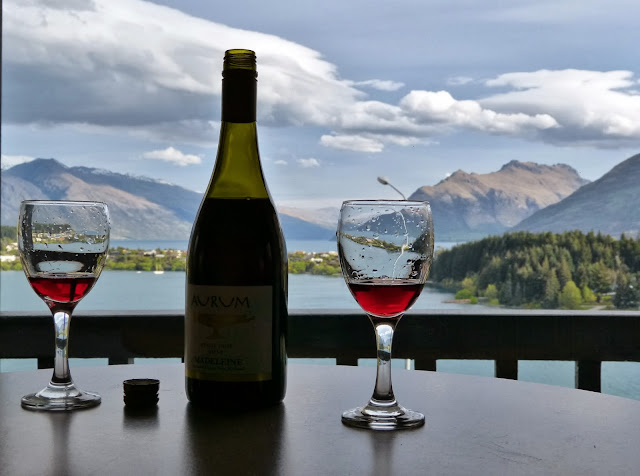 The wine was wonderful even though it was young and should have been kept for years. The view was wonderful. The steak was less than wonderful.